anthony aziz and sammy cucher make up the art duo aziz + cucher. the new york based artists collaborate to create artwork that ranges from photography to sculpture and installation. one of their more unusual series is from 1994-1995 and is titled ‘dystopia’. in the series of large scale colour photographs to two artists depict a series of people, photographed in portrait without any facial features. in each shot, the subject appears completely normal, expect their eyes, mouth and nostrils have been removed leaving only skin. the images were described by art critic adrian w.b. randolph as follows, ‘dystopia, seems to document a pathology. it seems clear that at some level this pathology is not only dermatological, but cultural, commenting, perhaps, on the gradual but waxing loss of identity and the means of communication in a technological environment that promotes anonymity and conformity’. 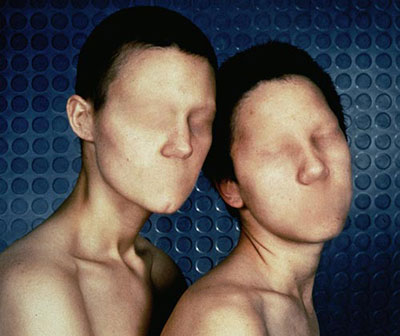 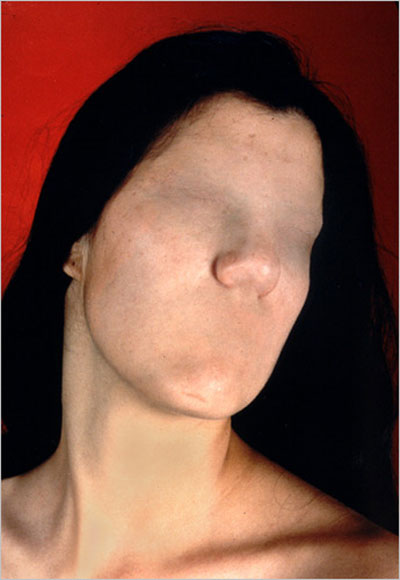 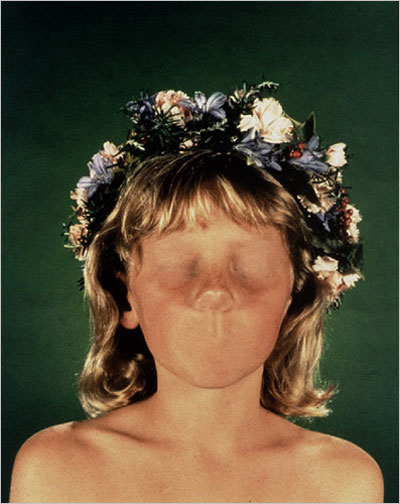 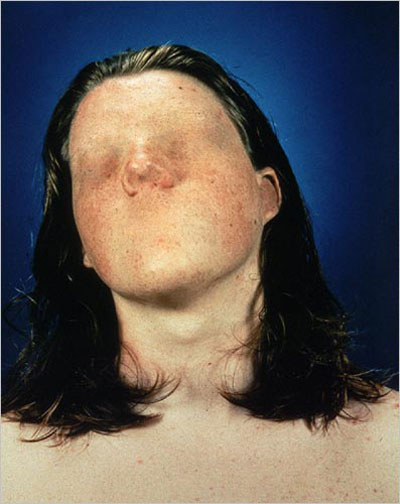 via I heart photograph