an arching neon portal has been constructed over a creek bed in austin texas as part of the third year of the waller creek conservancy’s ‘creek show’ event. the creek show engages the public with an underserved waterway in the city that flows directly beneath the famed sixth street district and through a series of temporary light installations. 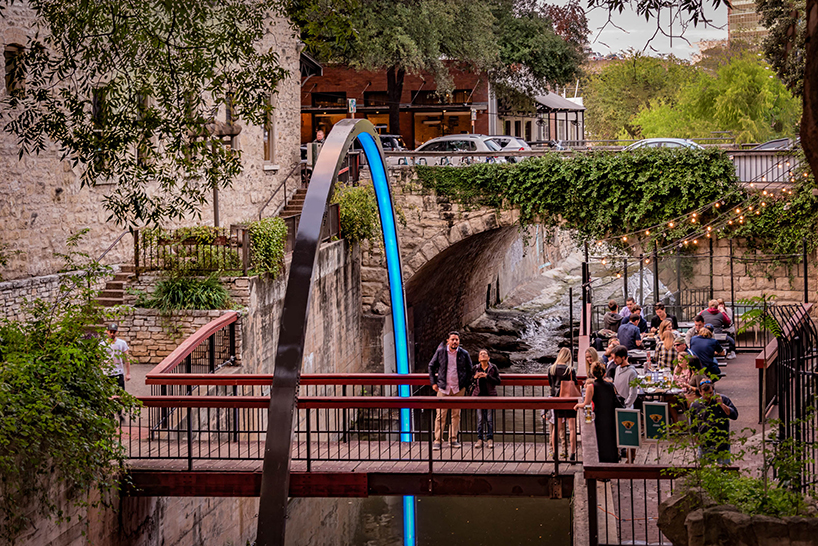 designed by east side collective (tim derrignton and wilson hanks) and built by drophouse design, the massive aluminium arch is titled ‘deep curiosity’. with a 60′ diameter, the installation reaches out of the water and over a bridge, forming a perfect arch that appears to have its lower half concealed beneath the ripples. the form was custom cut from a half inch aluminium plate using a water jet, then welded into nine arched segments that could be bolted together on site. 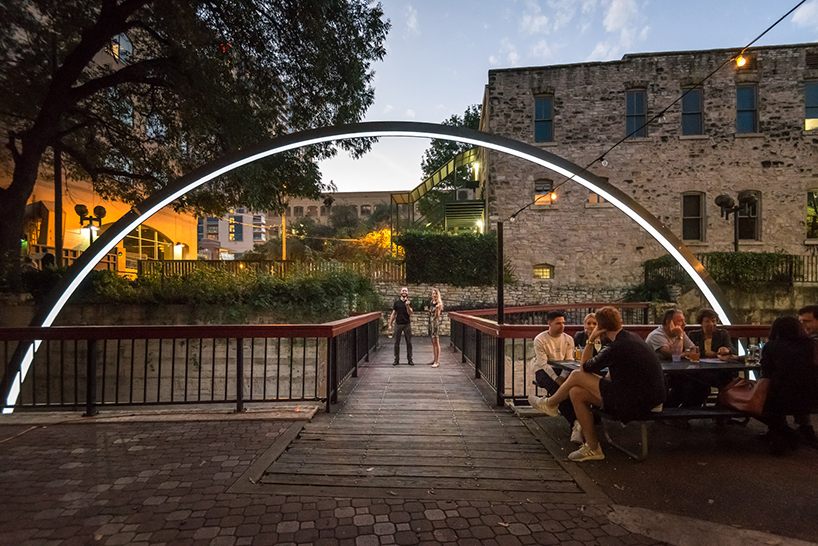 at nearly 30 feet tall and around 1,5000 pounds, the arch was not allowed to interact with or affect the creek bed itself. the team designed steel struts that spanned the creek just below the water surface and could be bolted into the creek sidewalls. thin steel guy wires assist with stabilizing the arch against wind and other lateral loads, and the inner diameter glows with a variety of consistent and rich colors generated by special LEDs. 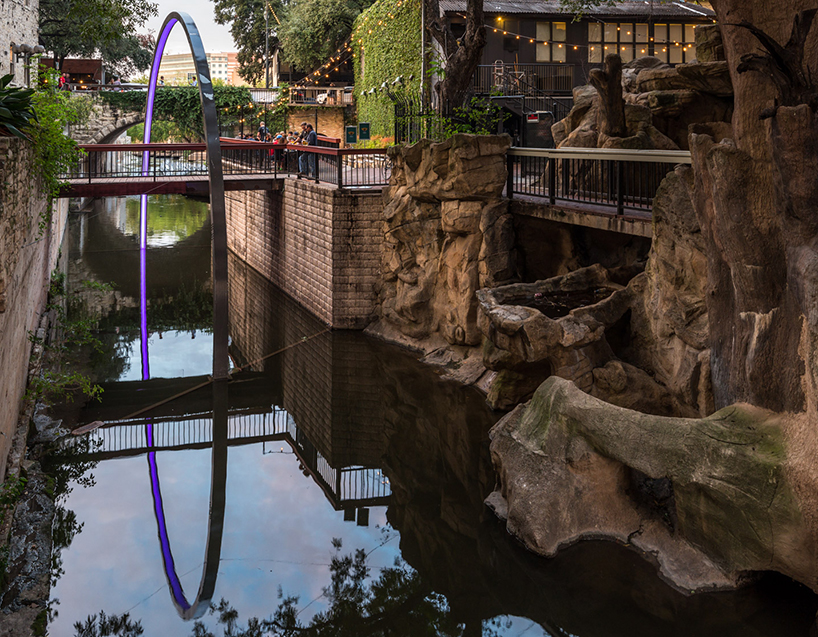 creating the illusion of a partially submerged circle, its full form is realized in the reflection of the water. with one half in this world and one in another, the team were always drawn to its arched shape. ‘the installation took this form for a multitude of reasons,’ they explain, ‘but at its core, it is about being in its place to provide an experience for the spectators. it was guided by intuition, realized through architectural problem solving, and built by craftsmen to evoke sensation for the onlookers.’ 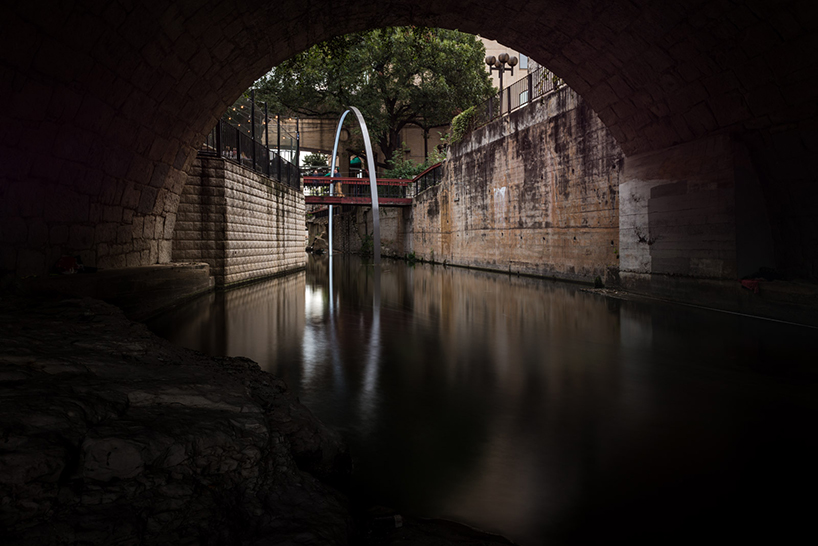 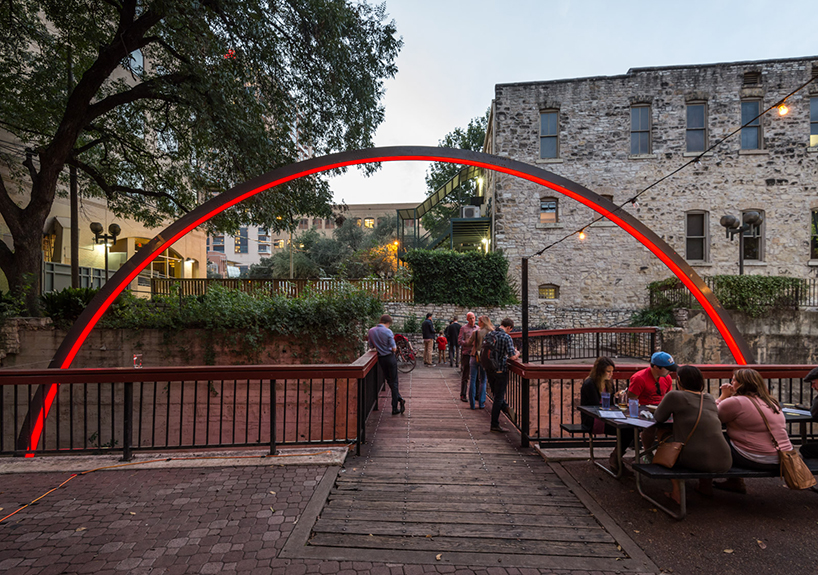 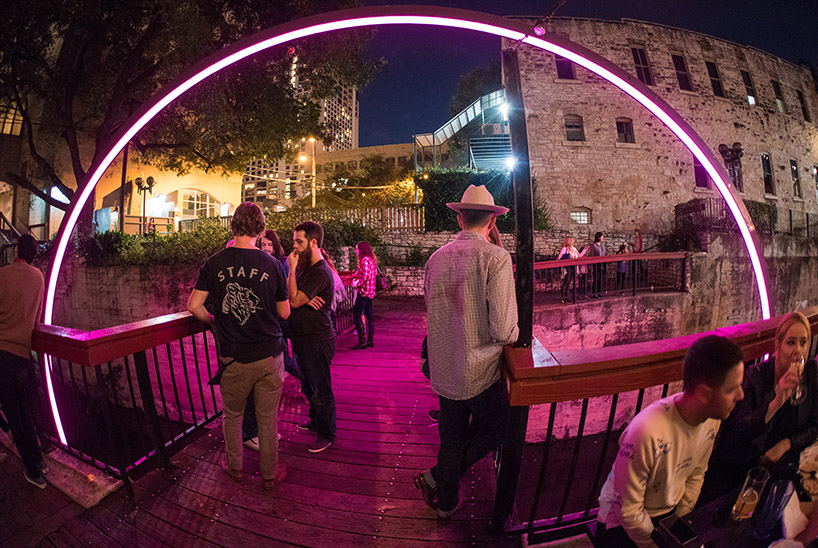 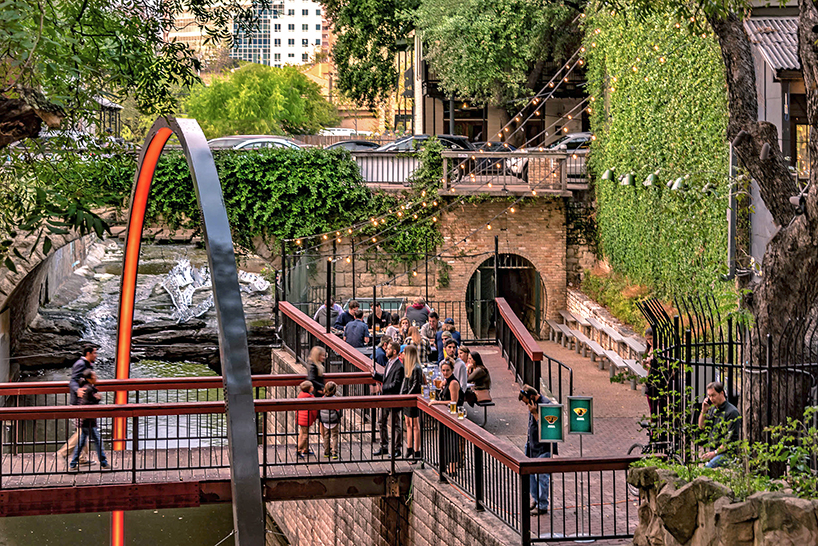 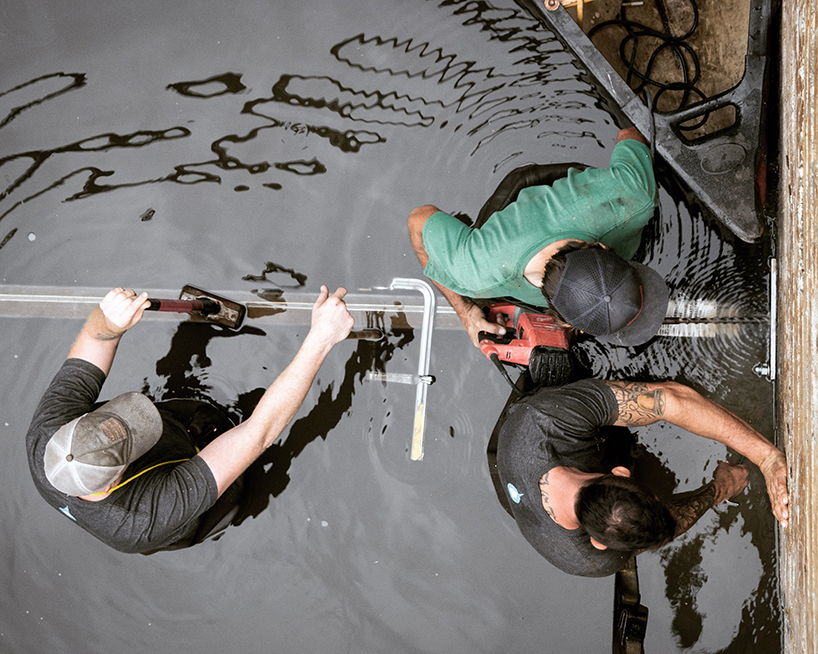 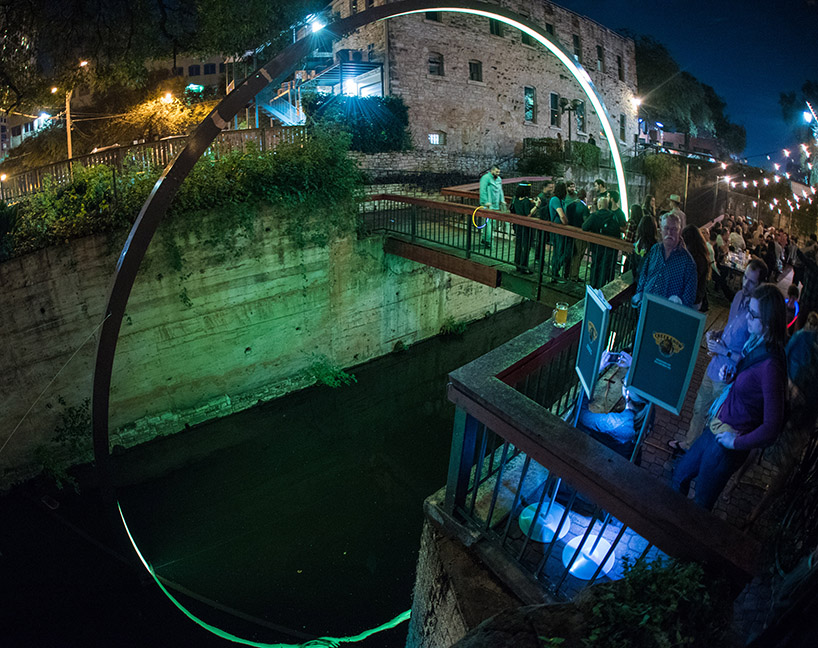 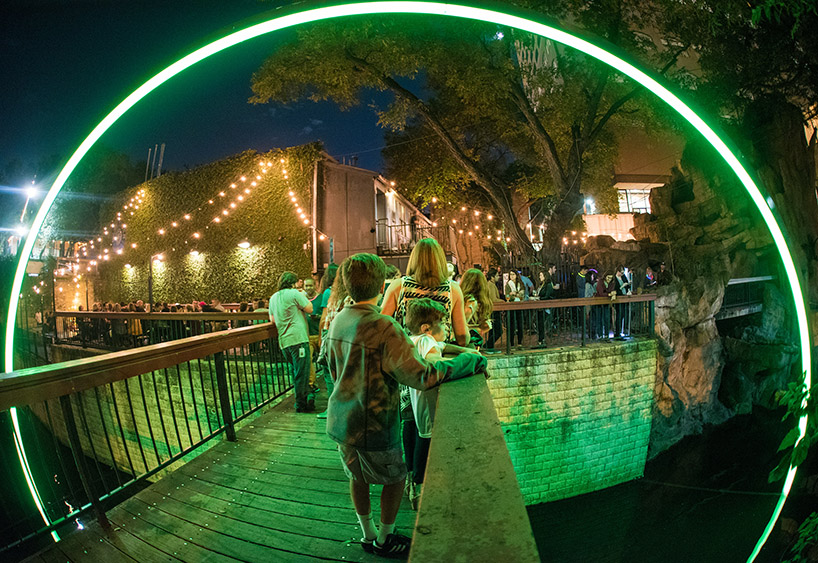 a site for celebration and reflection
image by david brendan hall 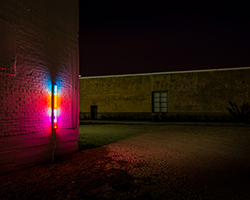 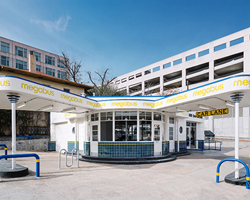