the ‘flood cubes’ of american artist eben goff expose, through the sculptural medium, the detritus-filled waterways of california. three-dimensional steel volumes were built and bolted to a concrete bed on the base of ballona creek in southwestern los angeles county. submerged beneath the choppy seas for one week, the constructions caught hold of floating matter that passed by. plastic bags, caution tape, and other various forms of discarded trash accumulated heavily around the metallic poles, wrapping the entire forms in new matter. following the completion of the underwater component of the project, the sculptures were unfastened from their constraints and exhibited in galleries in california. the original abstract cubes are given new purpose through their interaction with the natural environment. 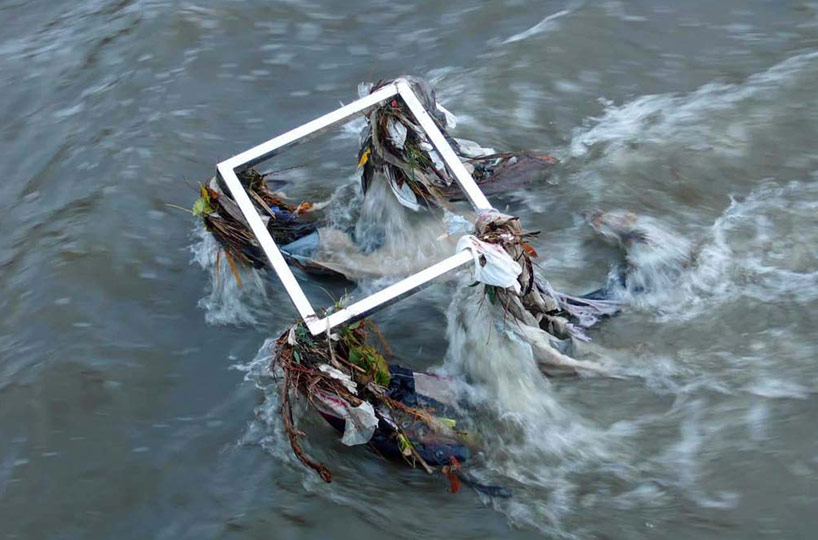 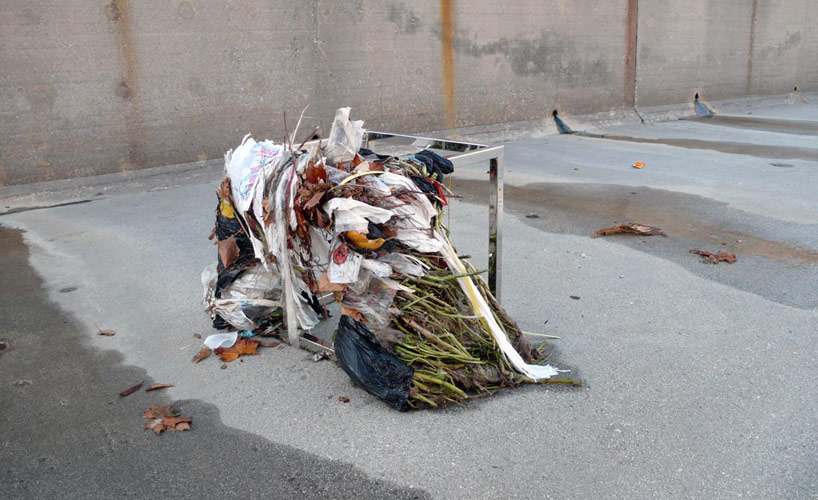 a mass of debris wrapped around the metallic poles 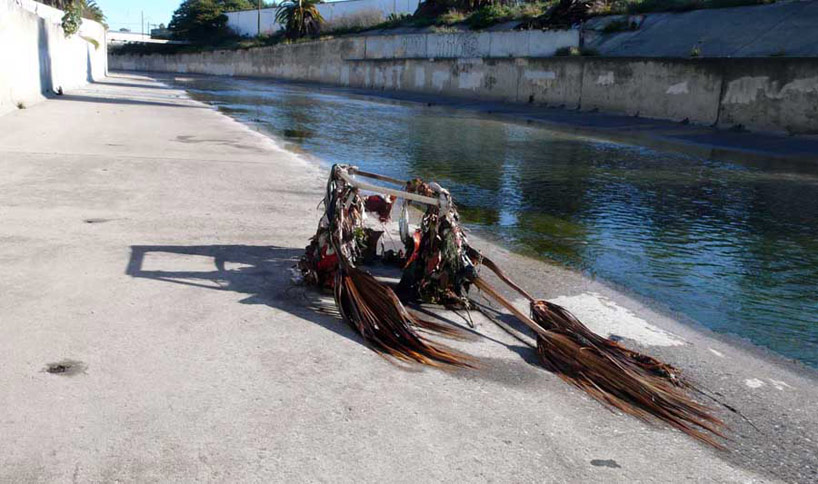 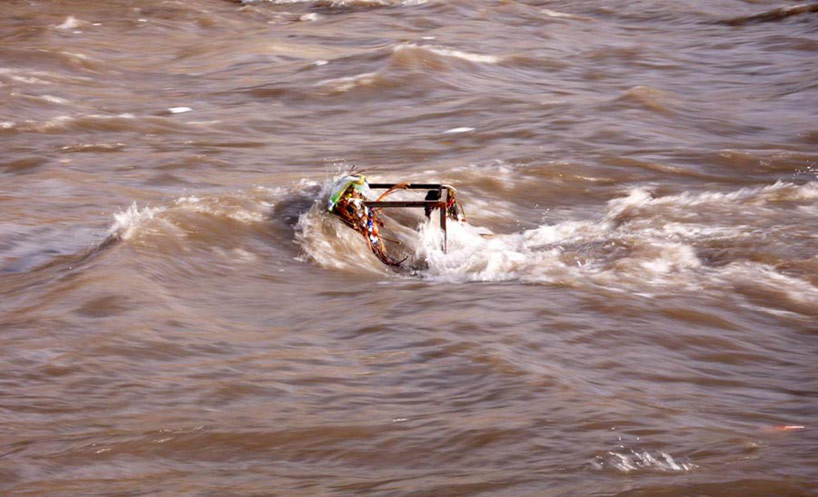 a flood cube semi-submerged in the rushing waterway 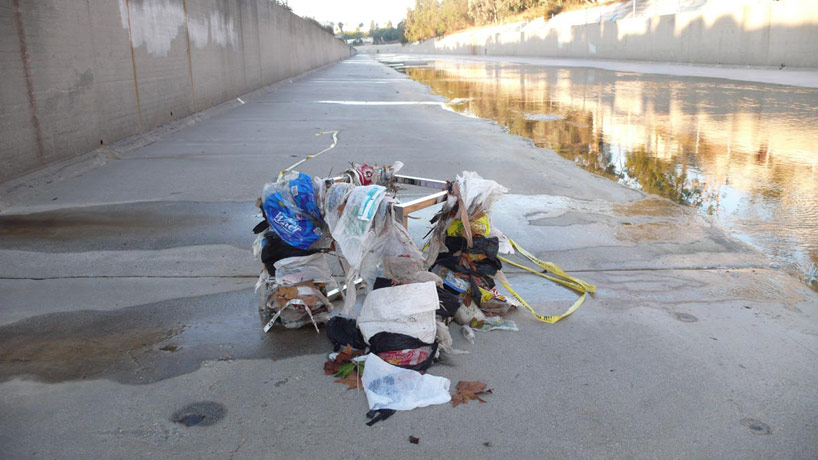 an image of the cube following its retrieval from the creek 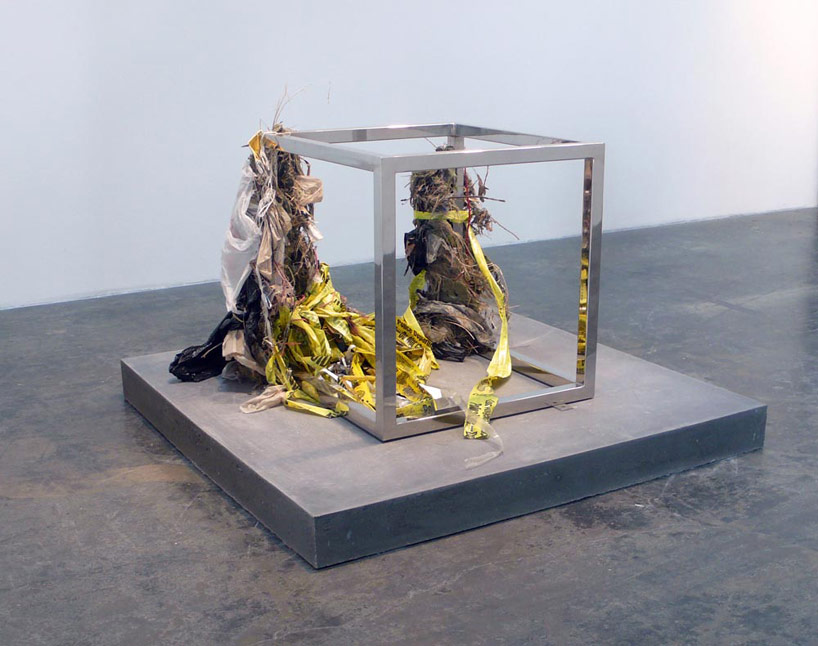 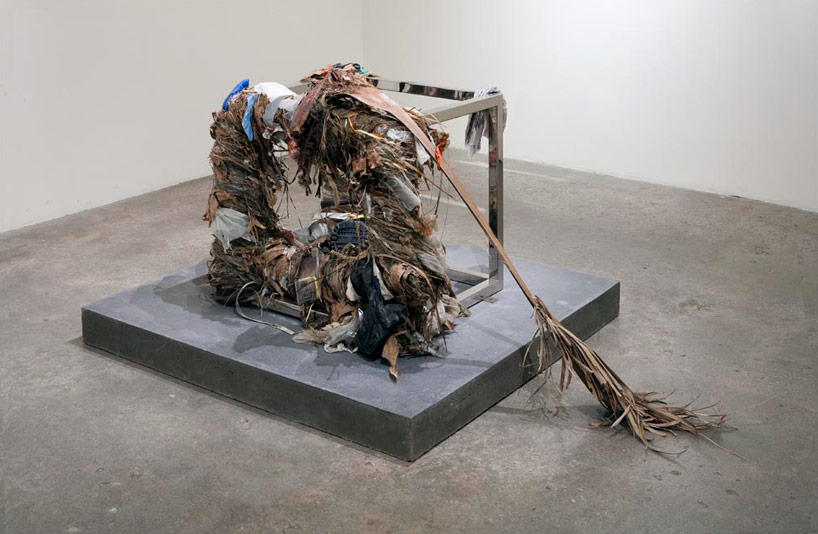 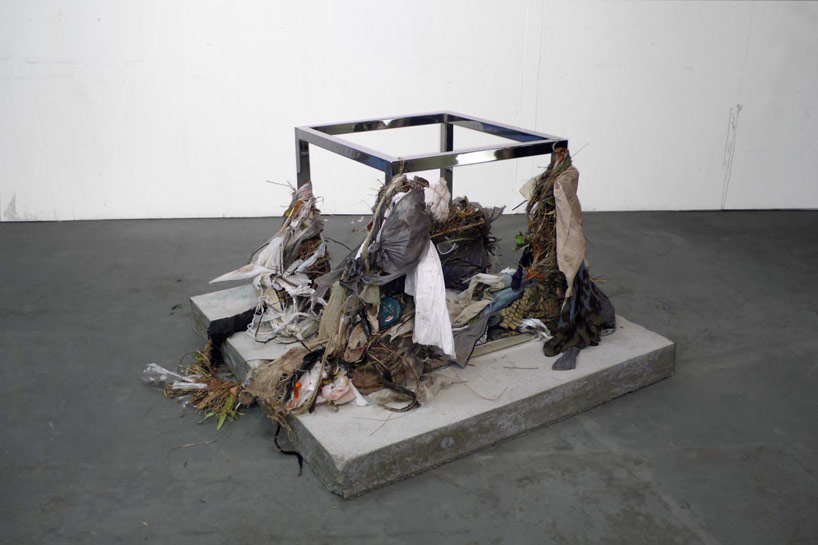 the sculpture installed in a gallery