ed thompson reveals the unseen through infrared photography
(above) the city – ‘studies in pollution #7’, 2014 / river thames
all images © ed thompson

five years ago, while researching ways of documenting the haunted village of pluckley in kent, british photographer ed thompson devised a wider project around infrared photography and its ability to reveal things outside our visual spectrum. thompson used the last 36 dead-stock rolls of kodak aerochrome film in existence to comprise the series ‘the unseen’, which explores the literal boundaries of perception and simulataneoulsy forms a new visual language for documentary photography.

under normal conditions, humans are able to perceive a visible wavelength of light between 400-700 nanometers — the range of light most cameras record — whereas infrared film with the correct filtration can reveal light between 750-1000 nanometers. this allows the final images to unearth sights and scenes invisible in reality, while simultaneously and unexpectedly also accidentally exposing something else. 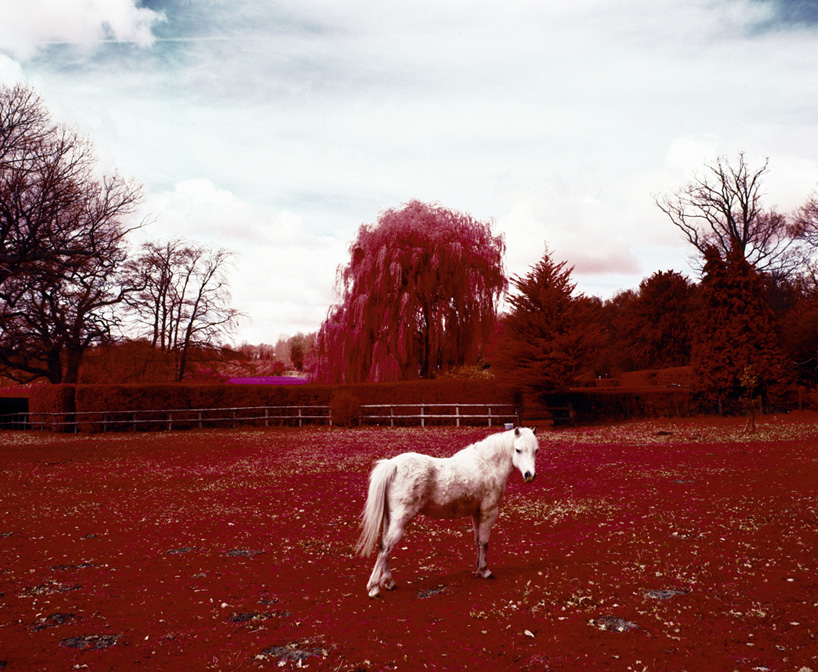 the village – ‘between greystones and rose court’, 2012

many of the documentations make use of the film’s abilities to bring the color red to the surface of the image. patches of saturation are prominent in ‘the red forest’ collection, which uses infrared film to covey the eerie condition of the world’s most radioactive forest, in turn re-imagining ukraine in burgundy; ‘the flood’ focuses on portraits of families who have been affected by floods; in ‘the city’ the film is used in aerial photography to document the effects of pollution in london; ‘the vein’ rediscovers forgotten medical photography techniques, which are used to reveal the superficial veins beneath the skin. 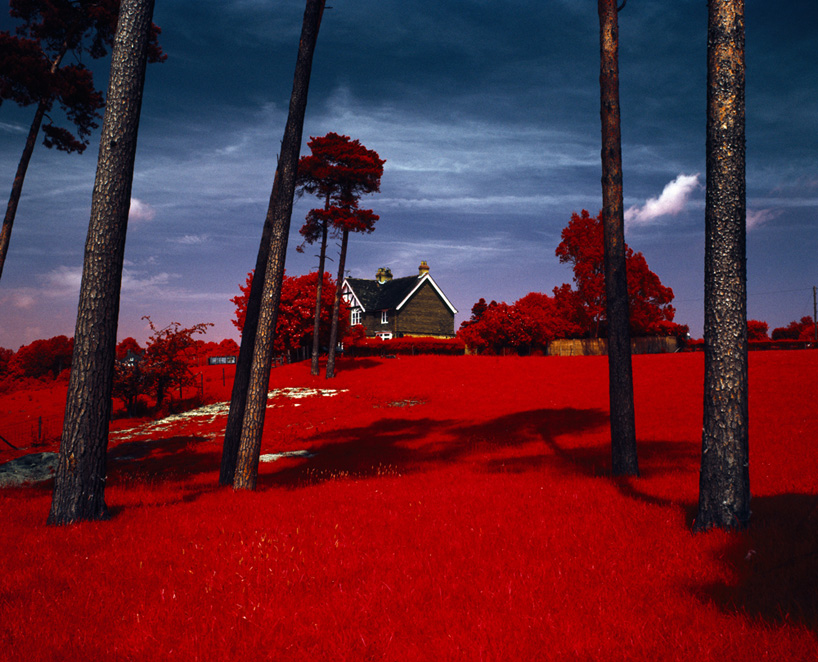 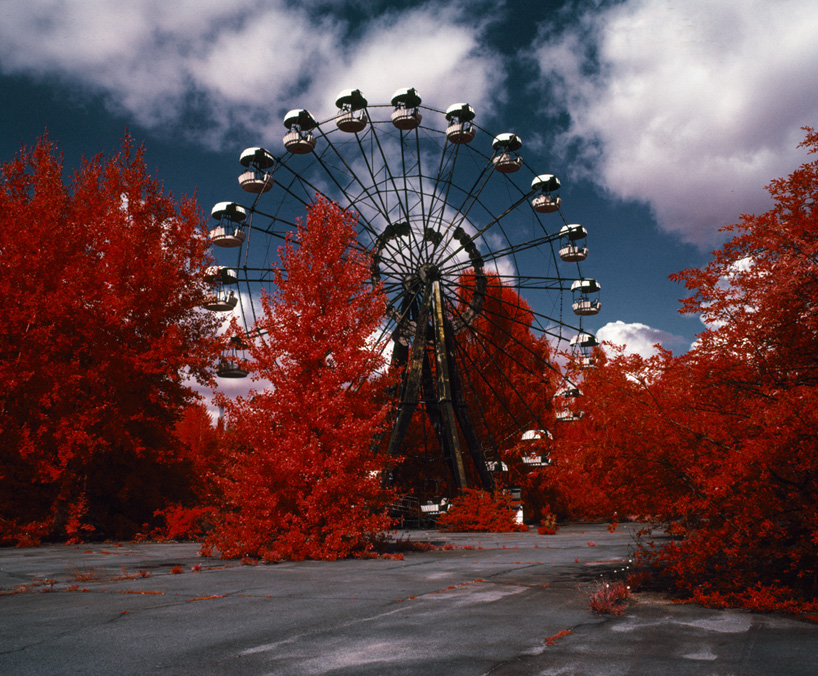 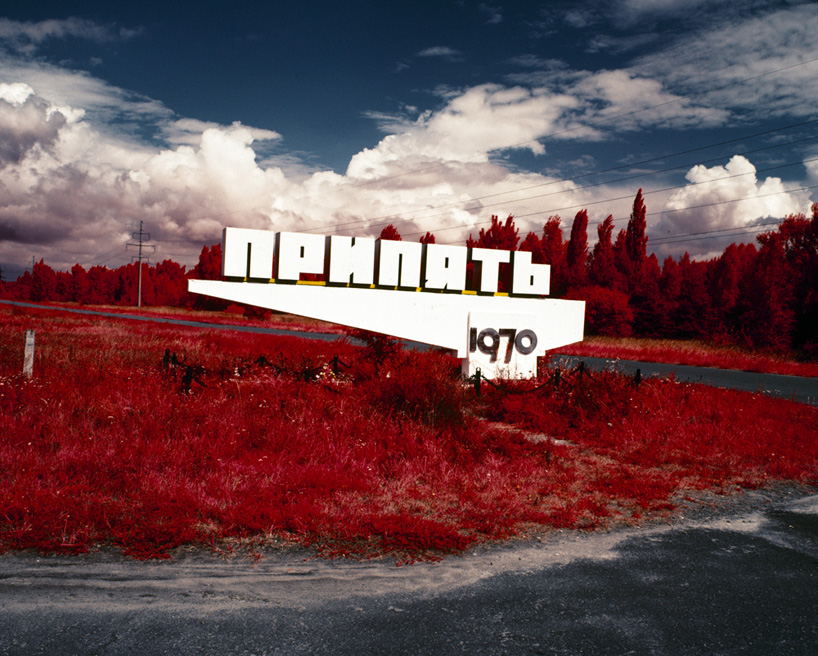 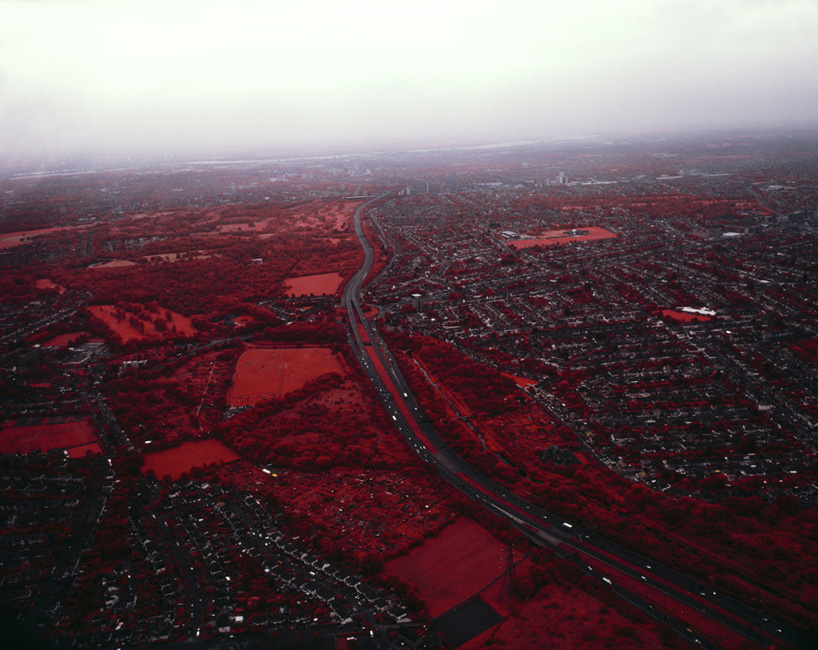 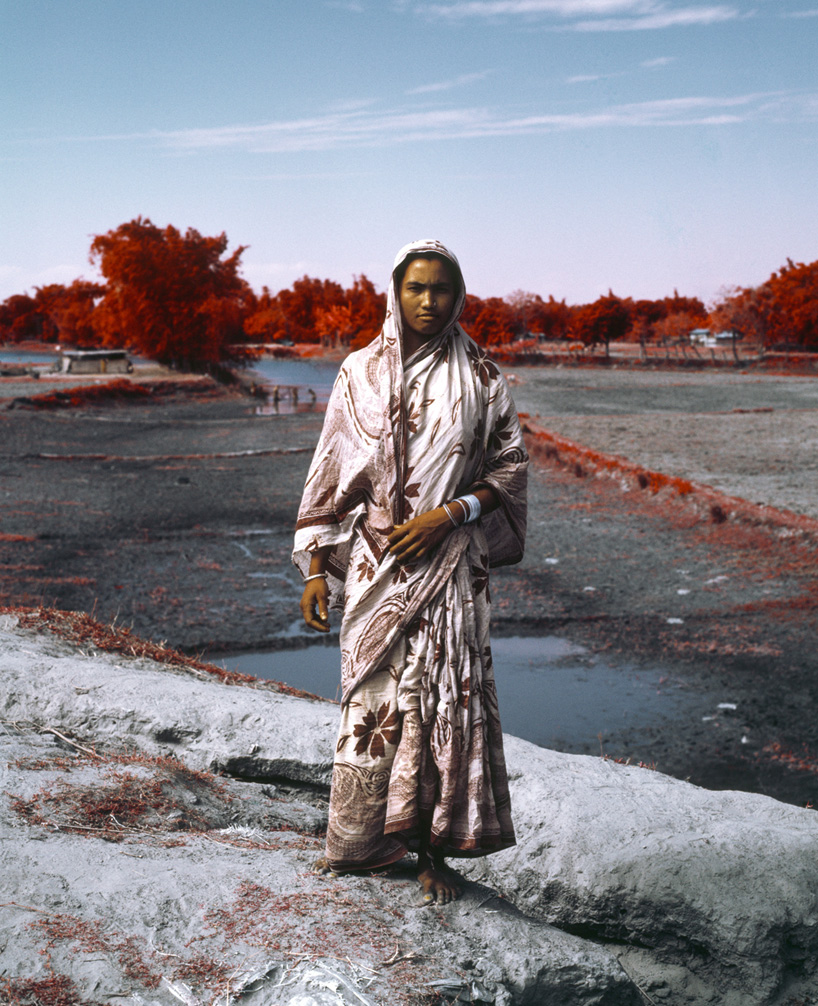 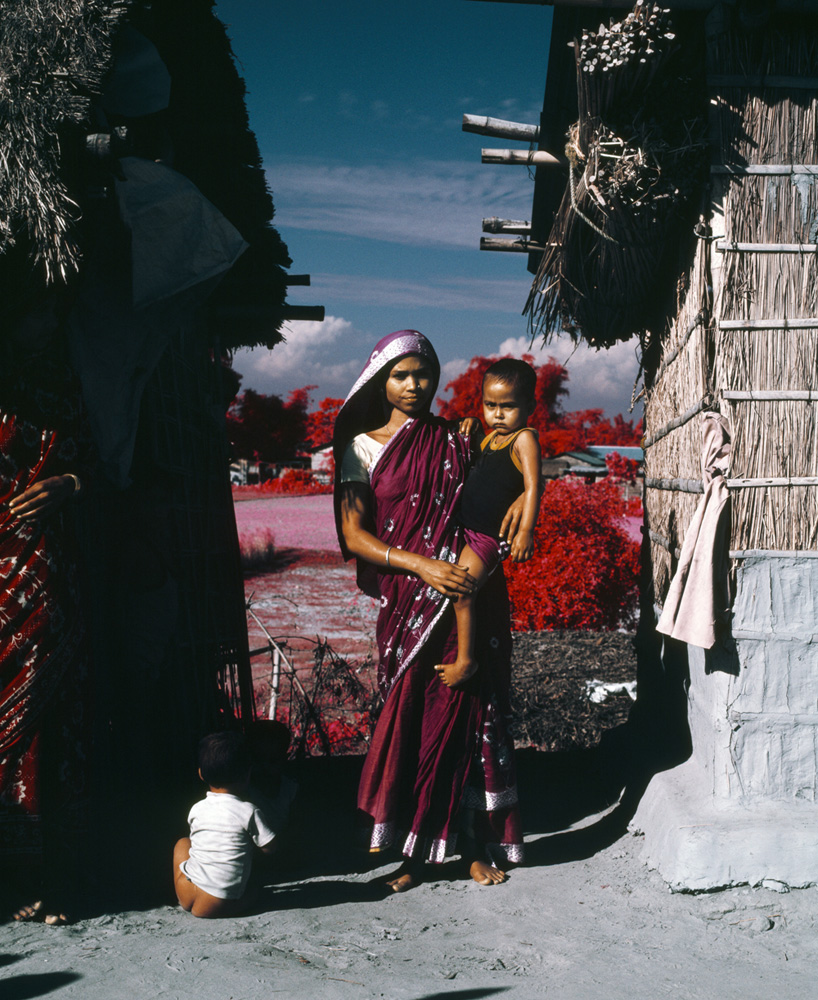 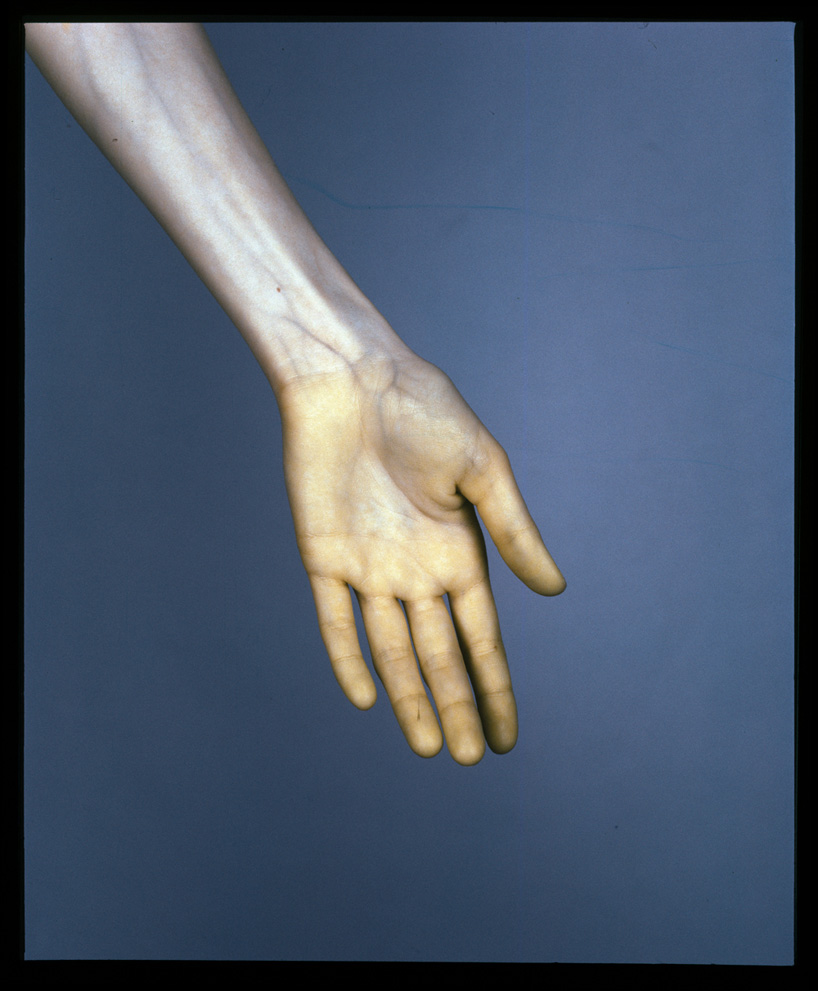 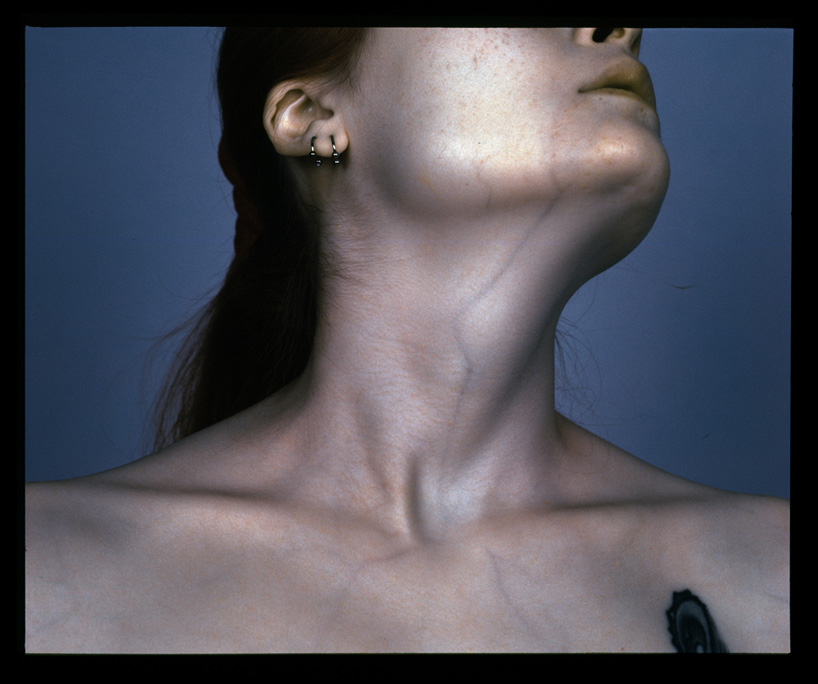