‘WASTE’ is an installation performance envisioned by Cyprus-based art director Eisa Baddour in the mediterranean sea. Composed of free-floating wooden letters, the project materializes as ‘a reminder of those who traveled seeking the unknown and left a huge love behind, those who tried to cross the Mediterranean but ended up floating near its shores,’ shares Baddour. Reflecting that sentiment, two swimming participants are invited to rearrange the large letters and spell out one simple yet profoundly emotional sentence: WHAT A WASTE OF LOVE. 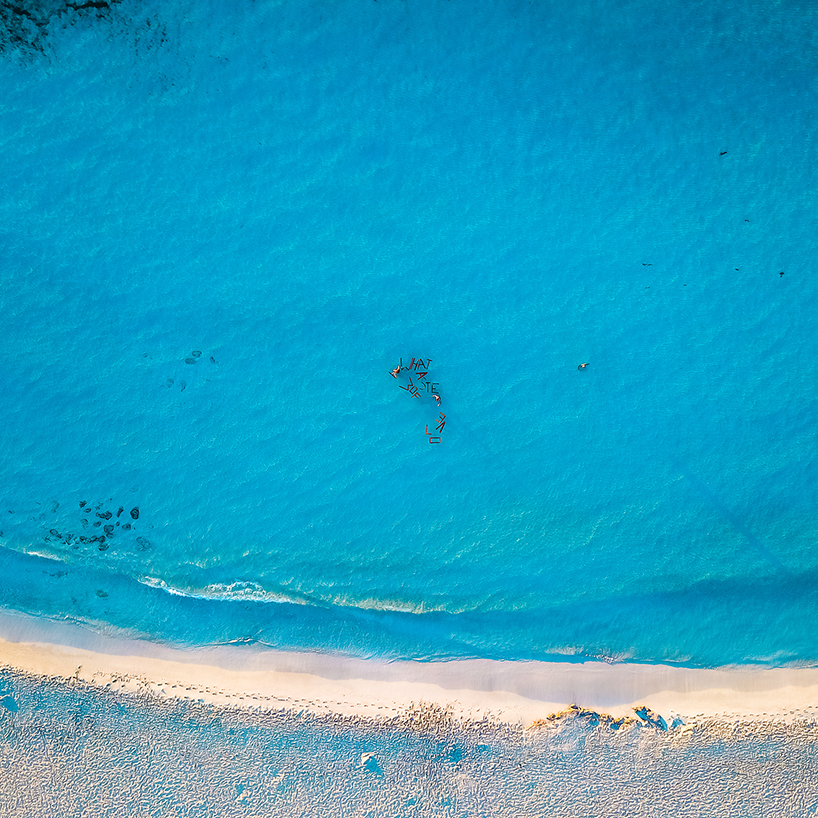 all images courtesy of Eisa Baddour

using wood waste to highlight what was left behind

Specifically, Eisa Baddour (see more here) composed the installation of wood waste from different parts of beaches, forests, and abandoned houses left behind by refugees in Cyprus in the 1970s. While the wood wasn’t restored or polished, Baddour took out all the dangerous nails, leaving only their marks behind as a reminder.

‘The letters were carried to the sea with no strings or anchors that restrained their freedom of movement. For some of them, it felt like sending them back to where they came from. For others, it felt like giving them a sense of a group. Swimming around them and pushing them gently was enough to make the phrase we were aiming for. The gentle waves created a peaceful harmony between the letters allowing them to communicate,’ concludes the artist. 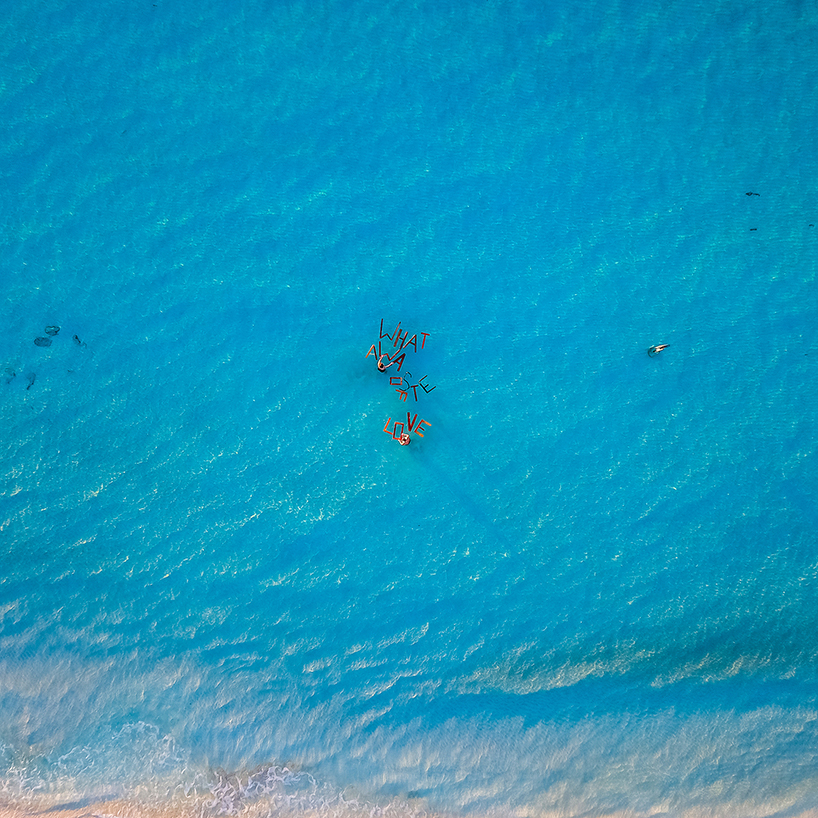 the letters spell out: WHAT A WASTE OF LOVE Eisa Baddour carried out the performance in Cyprus 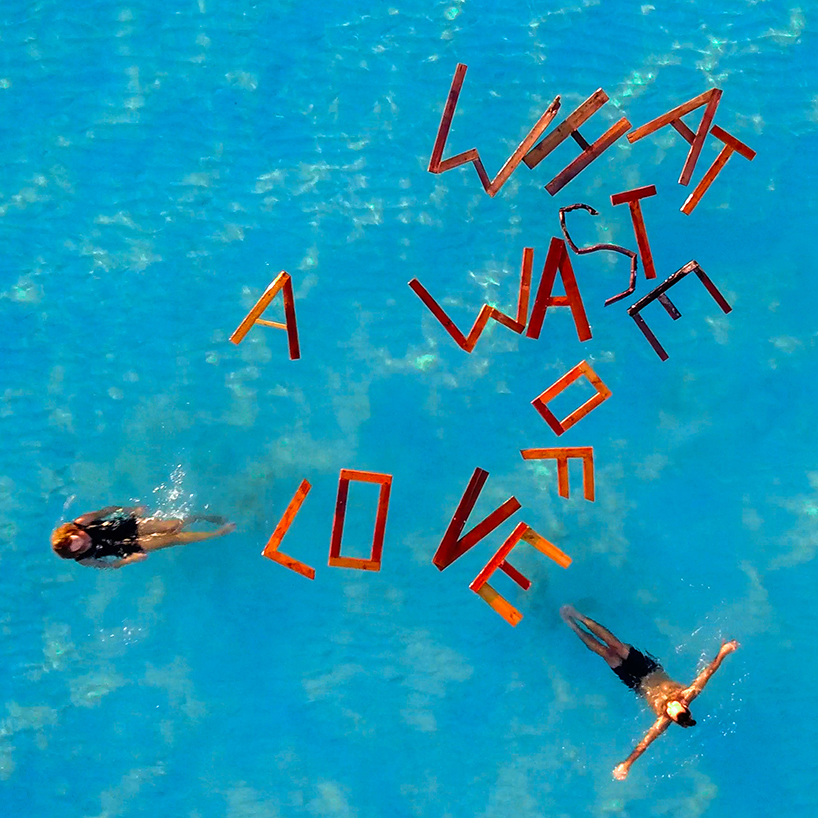 the letters are made from wood waste 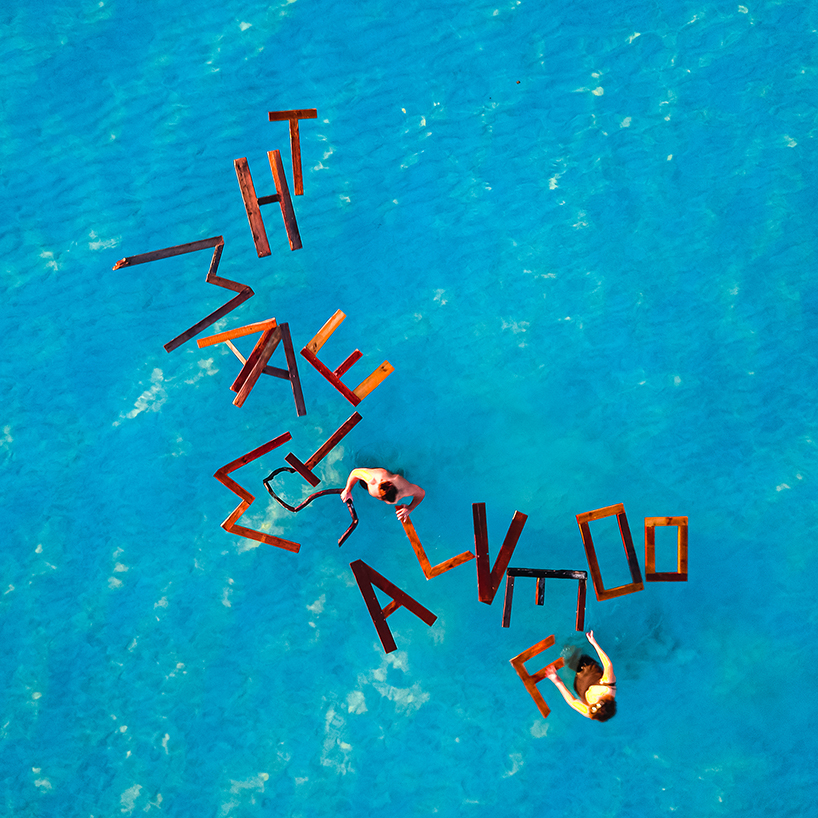 two swimming participants are invited to re-arrange the floating letters 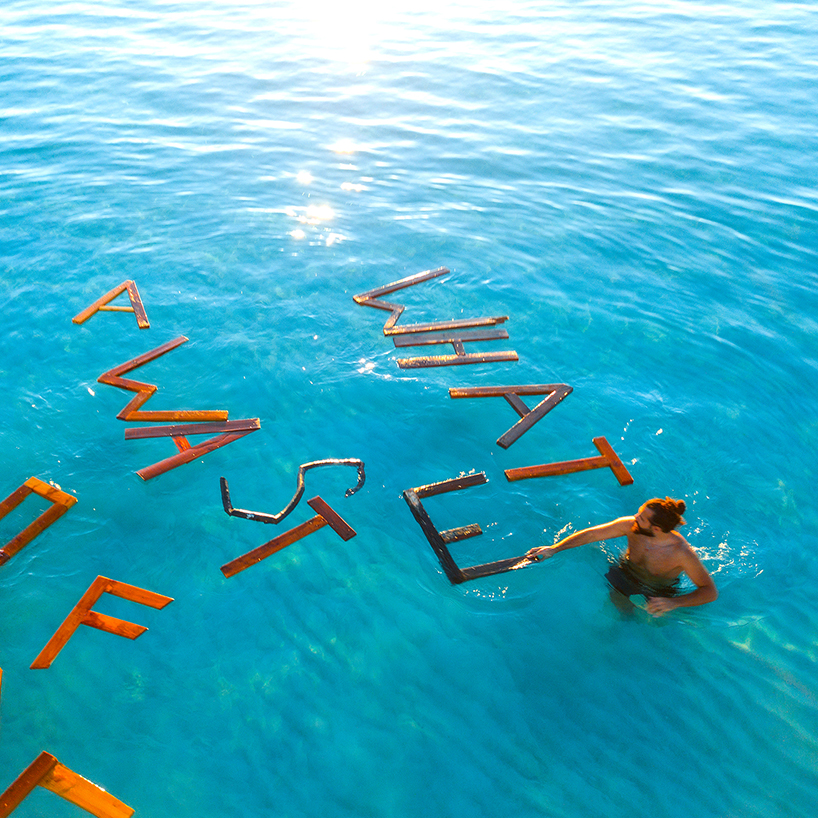 the installation nods to those who sought shelter in Cyprus, as far back as the 1970s 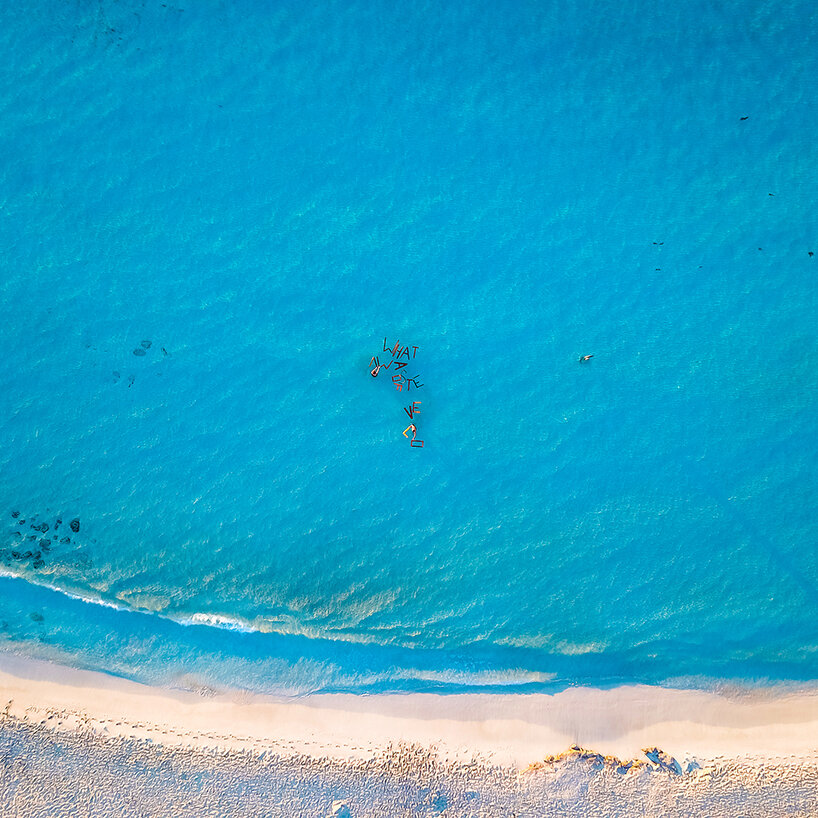 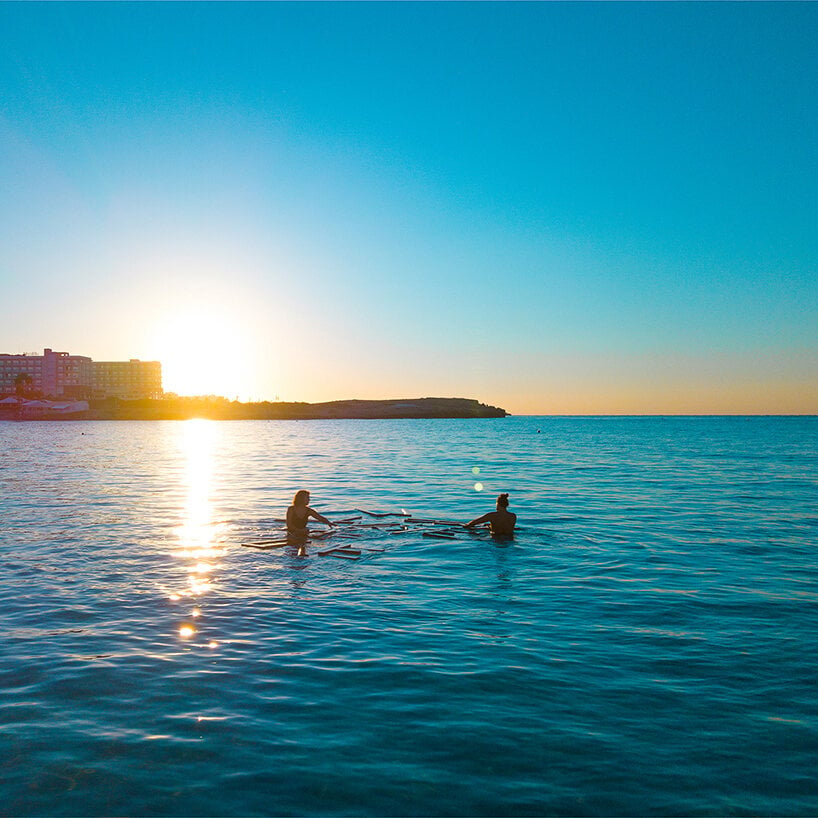