for more than a year, eisen bernard bernardo has been working on his ‘mag+art‘ project -– a collection of magazine cover and classical painting mash-ups. now, the filipino graphic artist is working on an offshoot of the series called ‘album+art’, which sees the record sleeves of some of the most recognized musicians and performance artists in the world applied to painted fine artworks. ‘I took the chance to make a series of digital collages featuring the studio album covers of some popular singers today,’ he says. ‘I used these album covers because they are simple and straightforward. I think the principles of photography are the same as classical painting. portraiture using cameras adopted the same set of rules and techniques in painting.’ 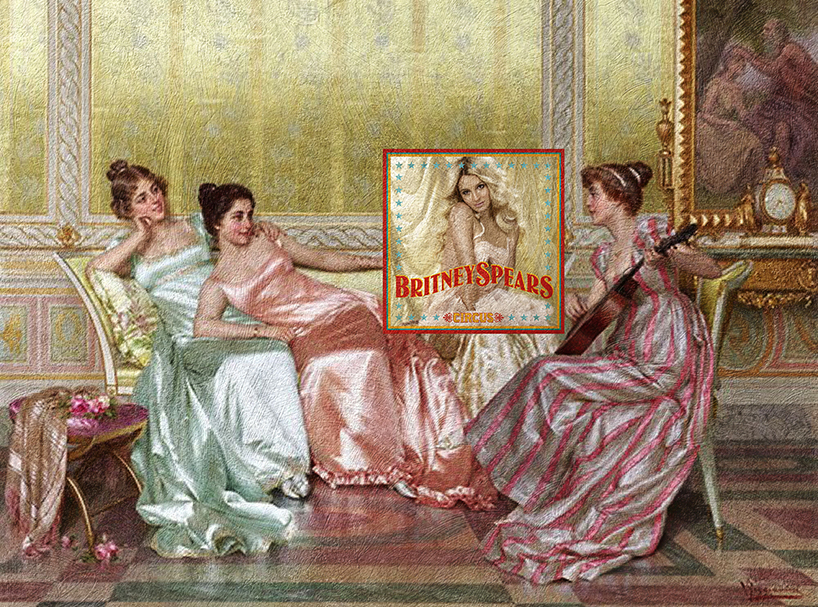 each of the album covers are carefully matched up to compositions by famed painters, including grant wood and vincent van gogh. the body parts and portraits of david bowie, lady gaga, britney spears and gwen stefani — to name just a few — are meticulously and digitally placed on the paintings in order to seamlessly mesh with their new context. while the overall style is maintained, the mash-ups create a quirky and unexpected union of contemporary and classical imagery; drake becomes part of john bagnold burgess’ ‘irritable appeal’, while taylor swift is transformed into ‘louisa, marchioness of waterford’. 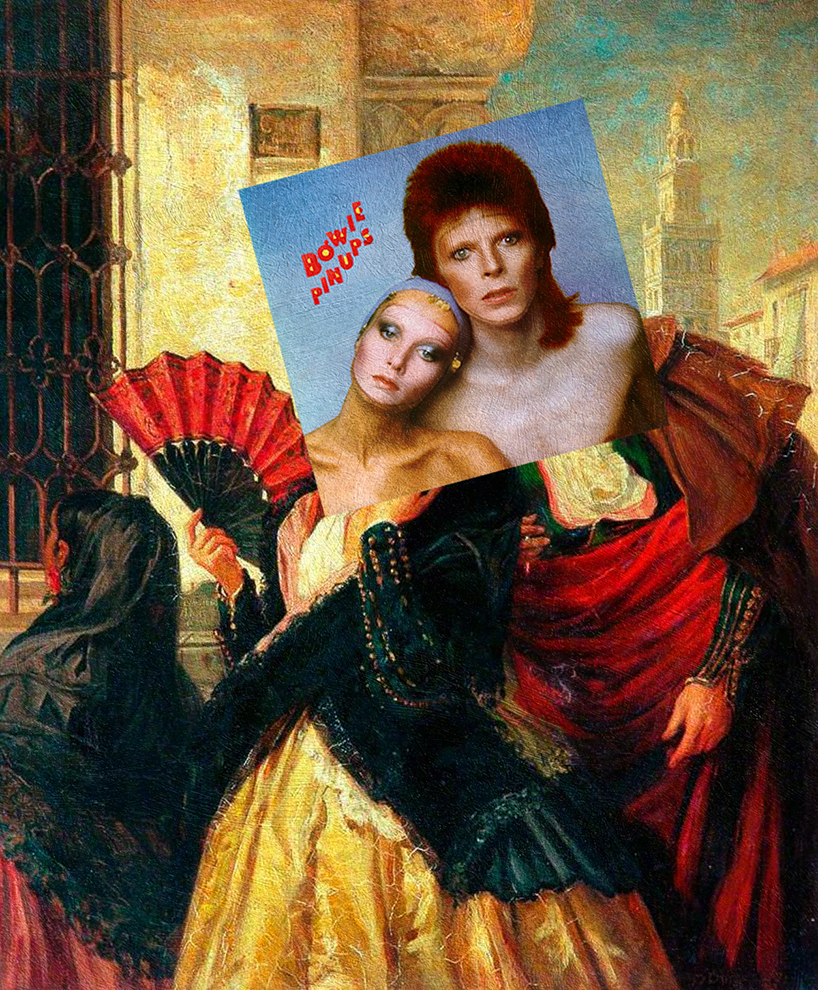 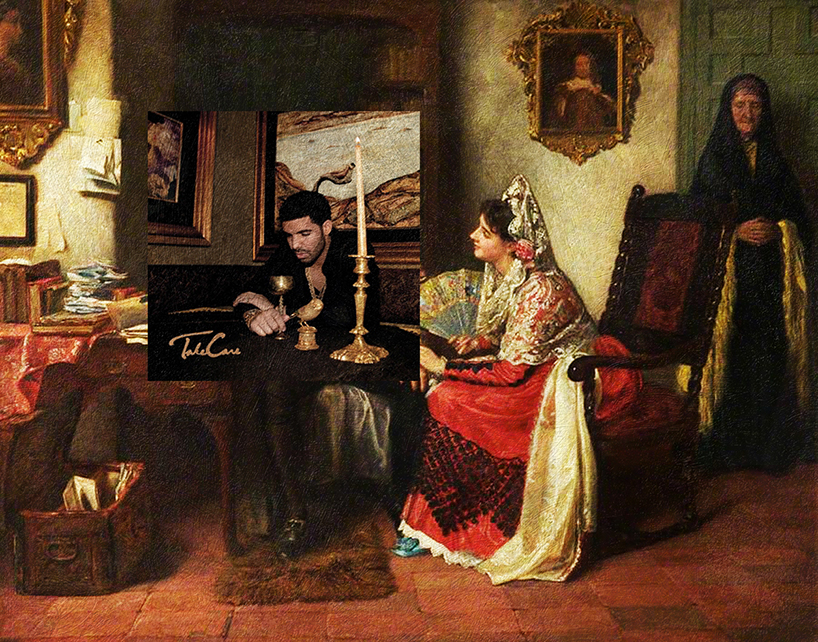 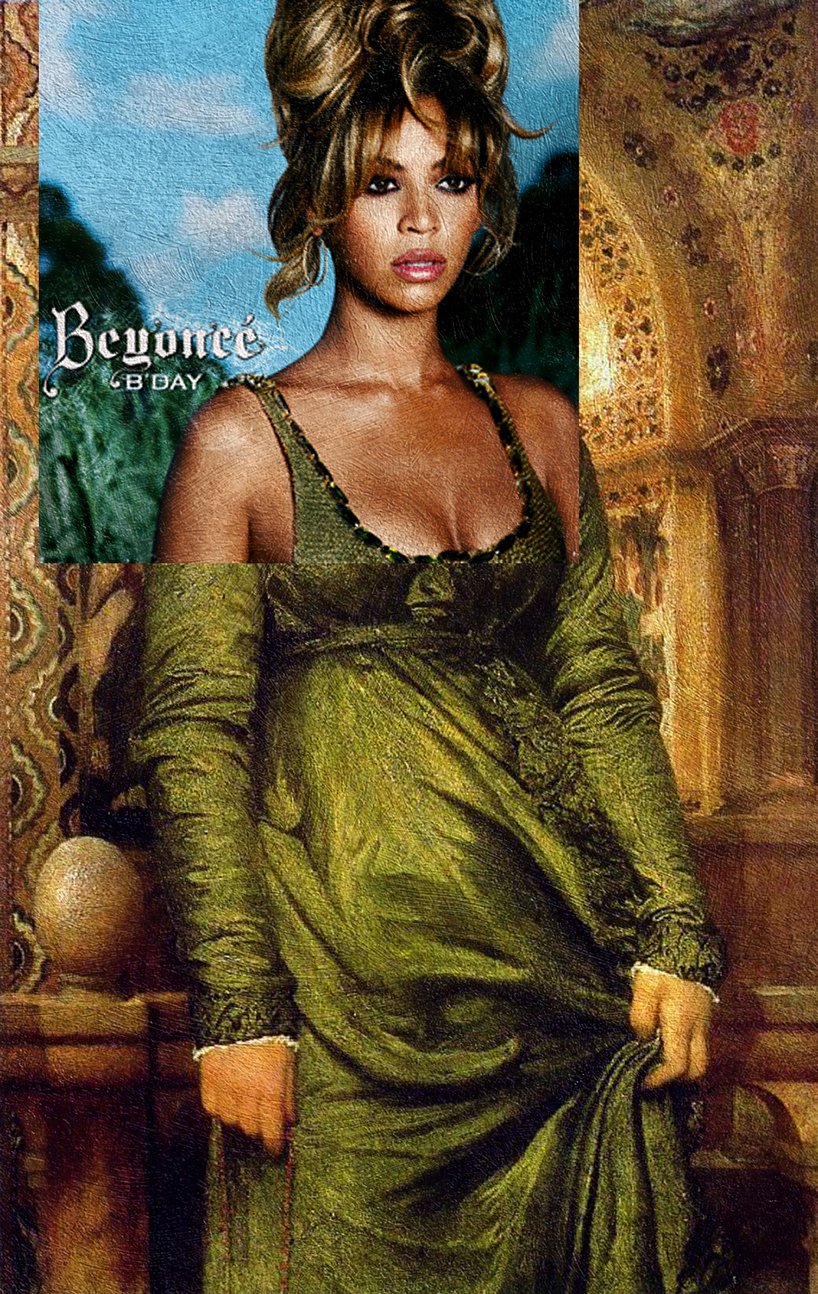 b’day by beyoncé + girl in green by lord frederick leighton 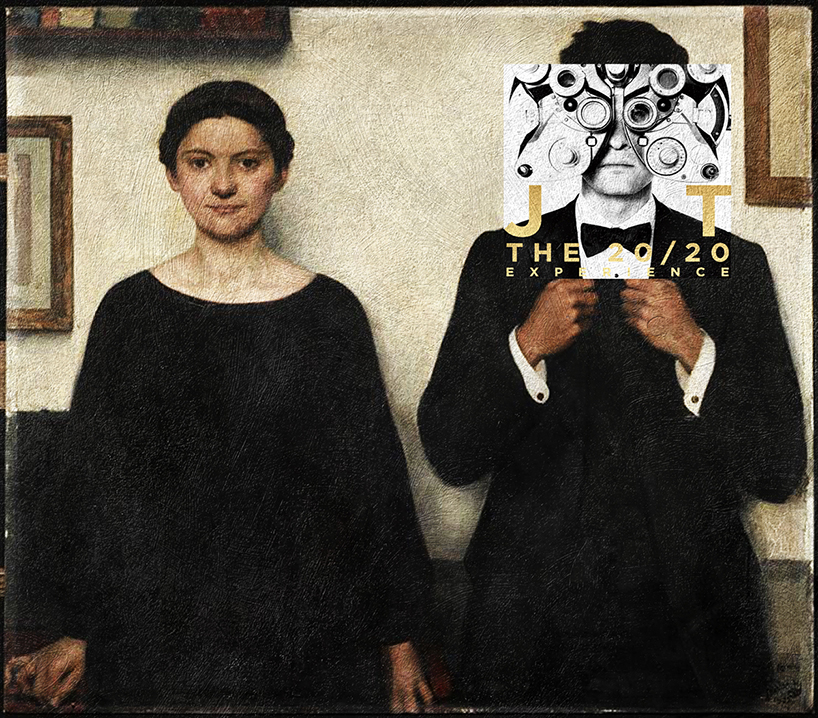 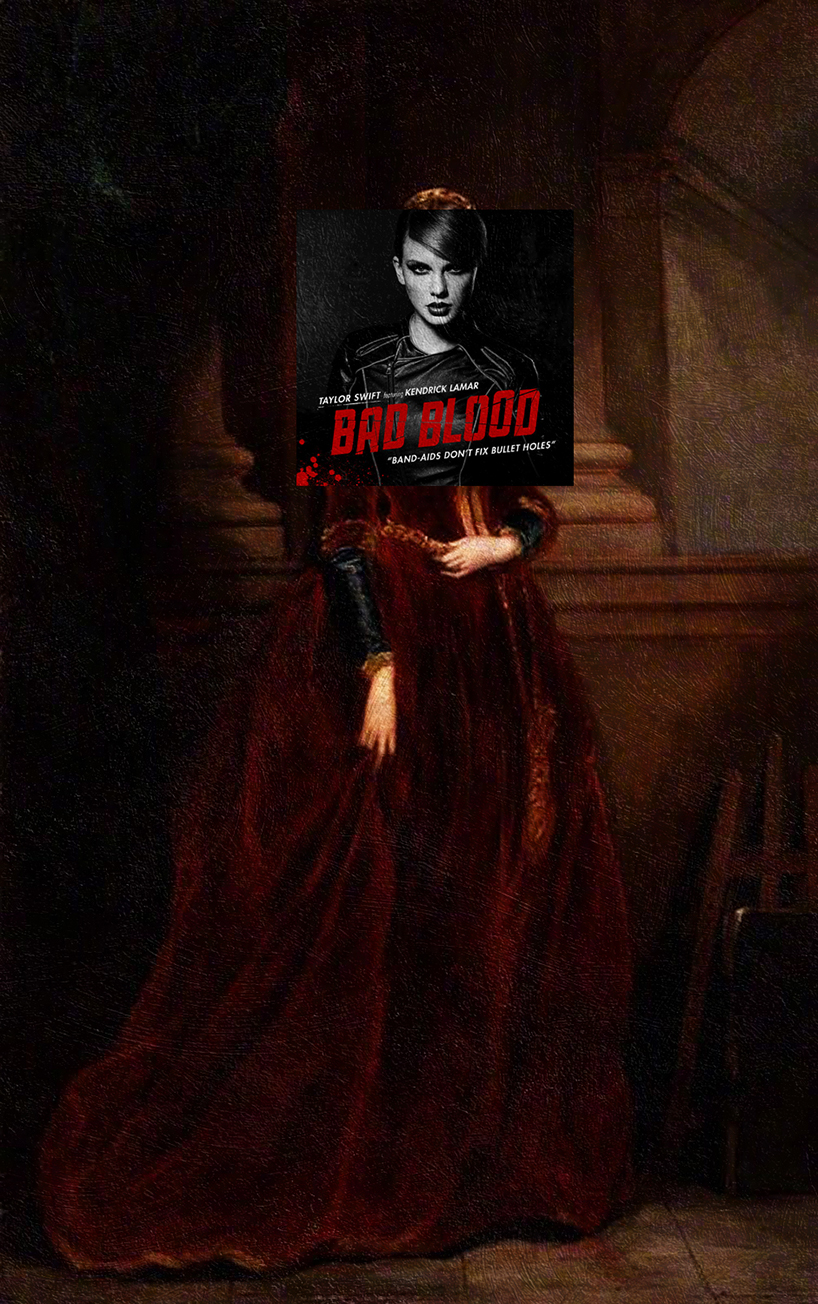 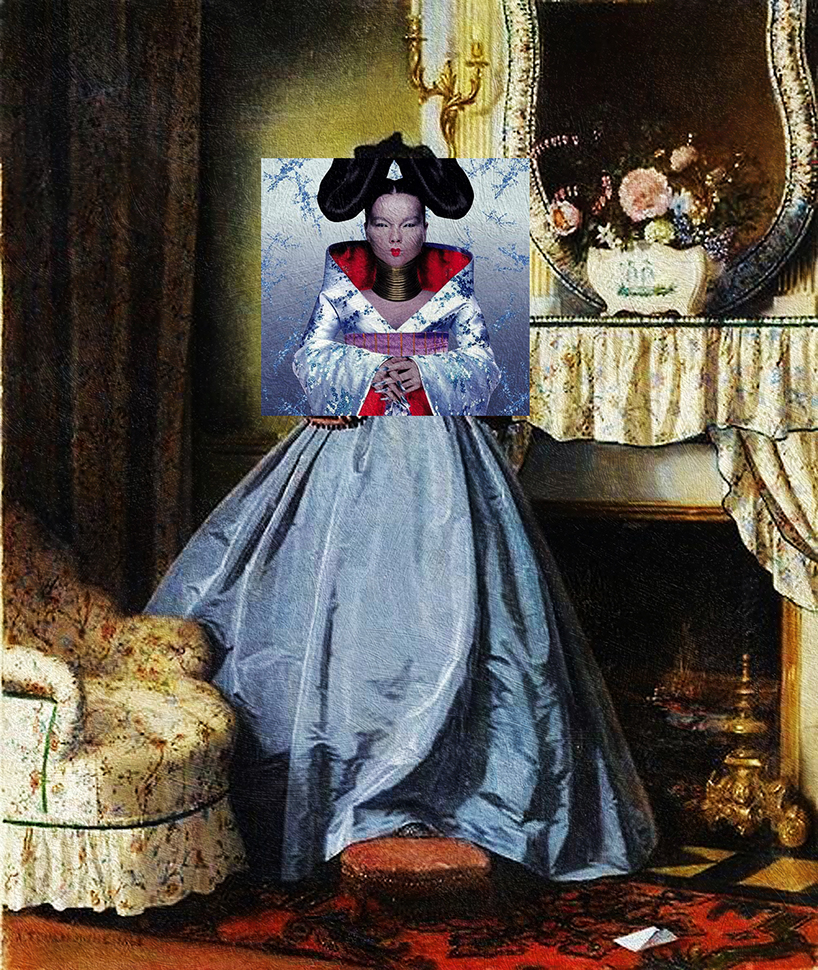 homogenic by björk + the love letter by auguste toulmouche 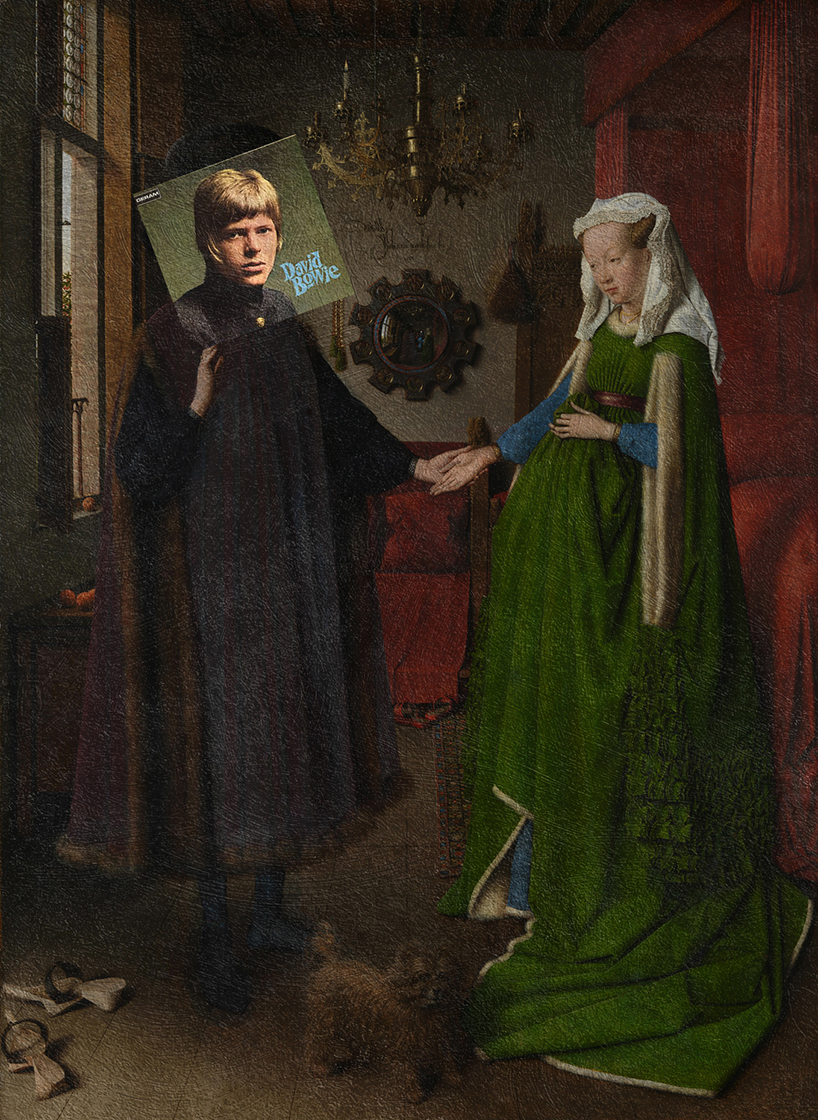 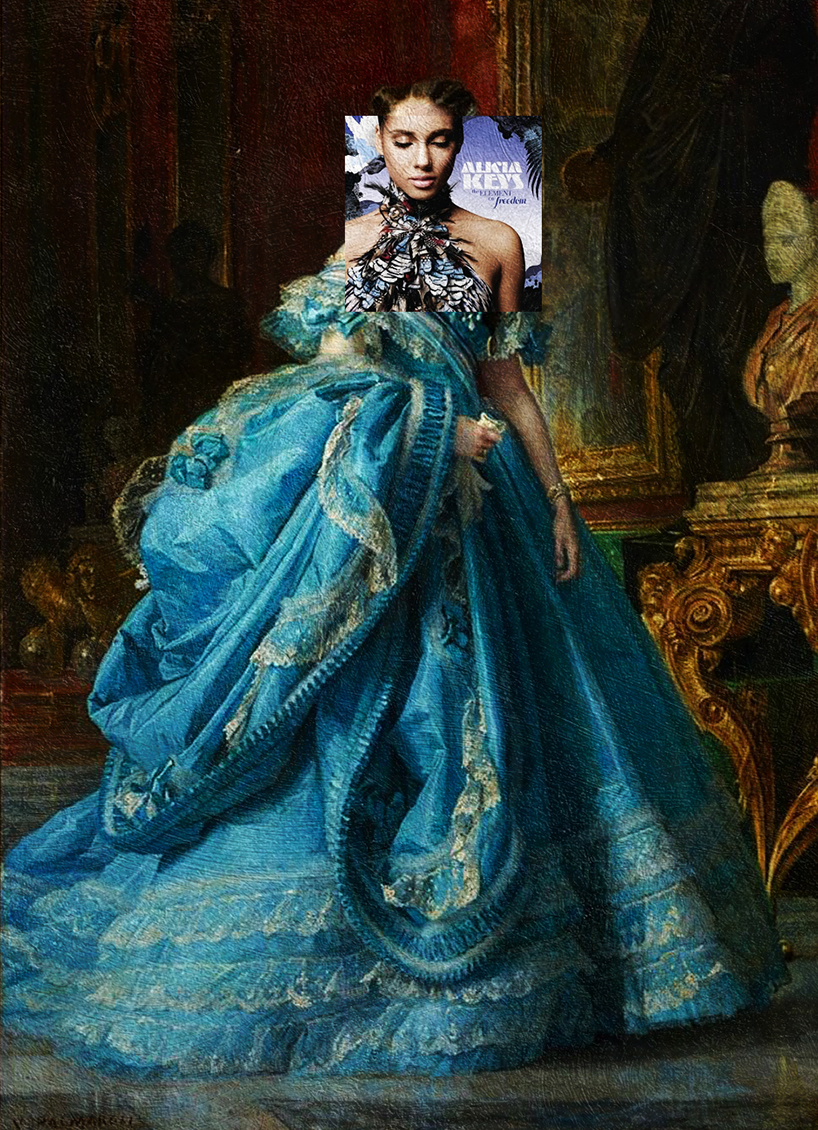 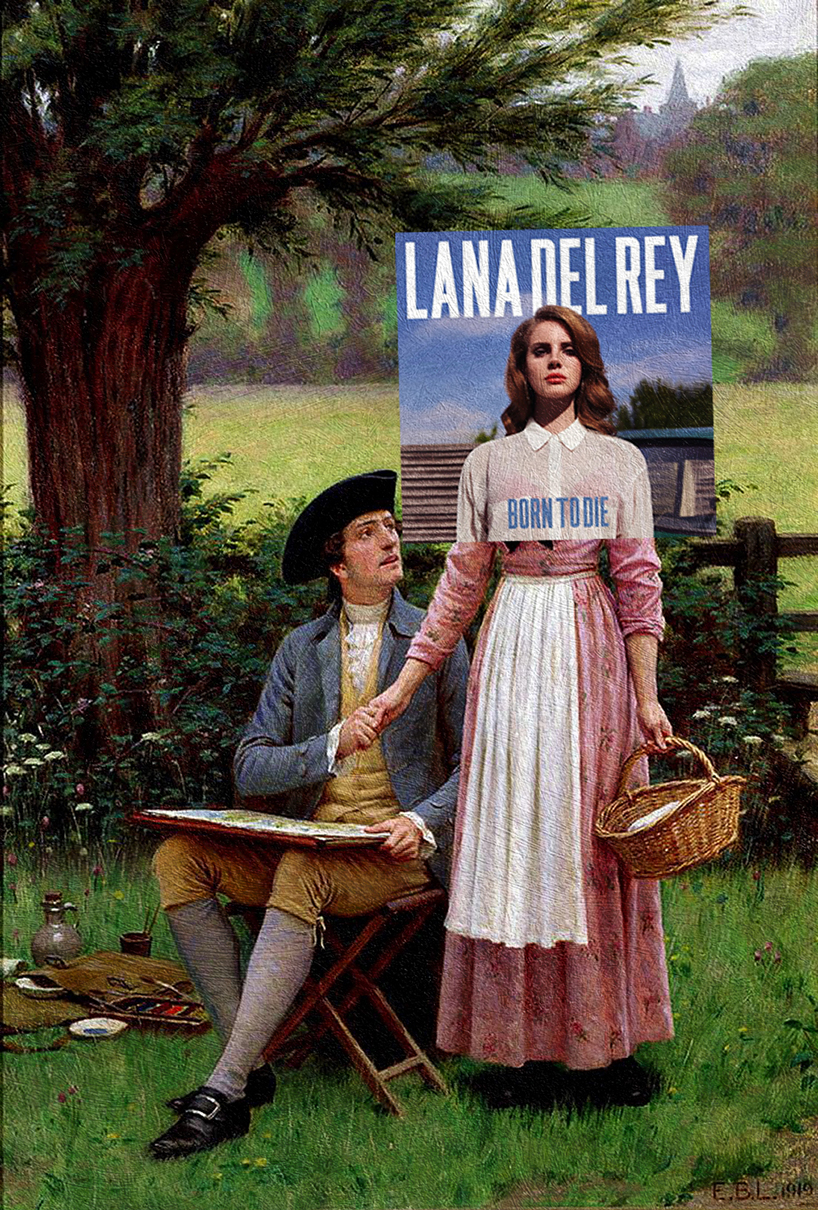 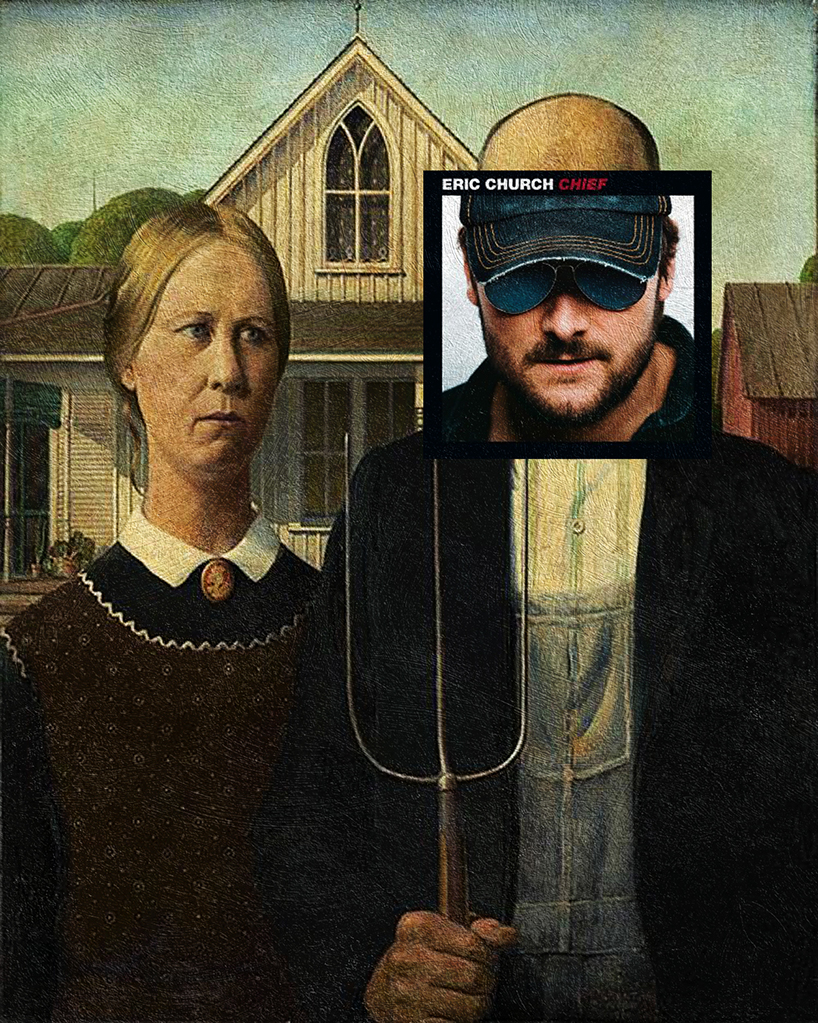 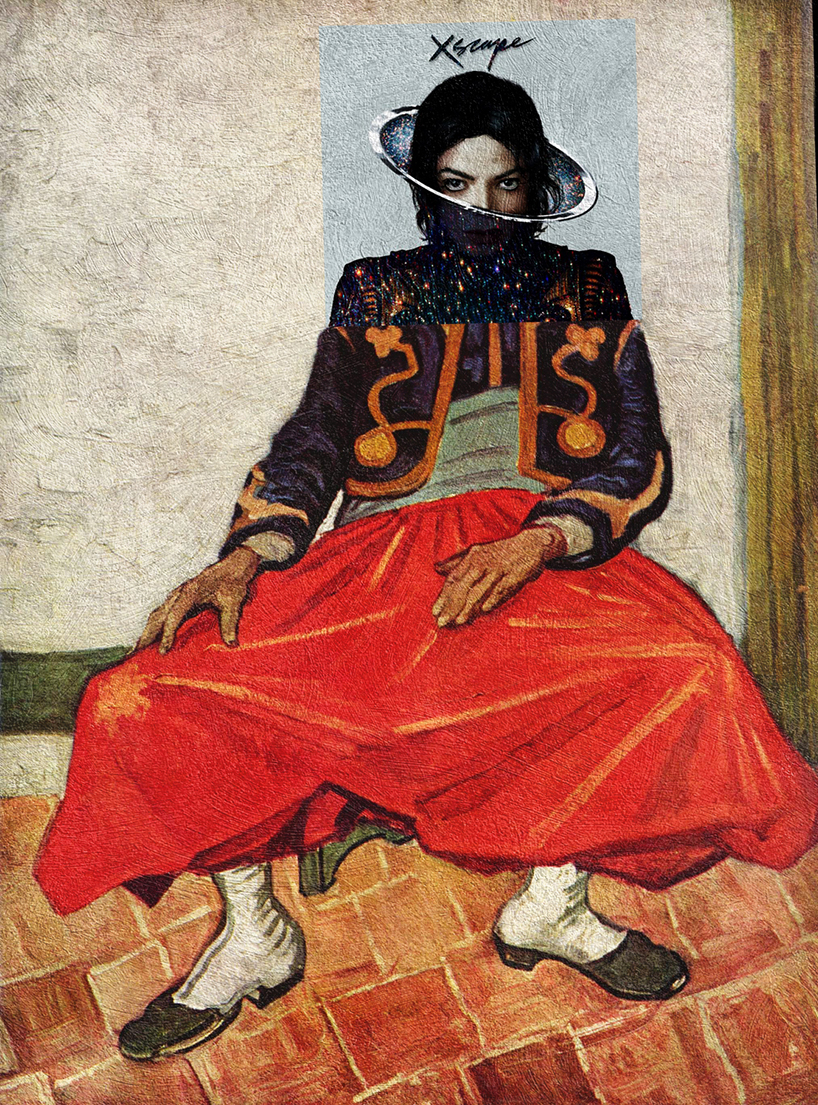 xscape by michael jackson + the zouave by vincent van gogh 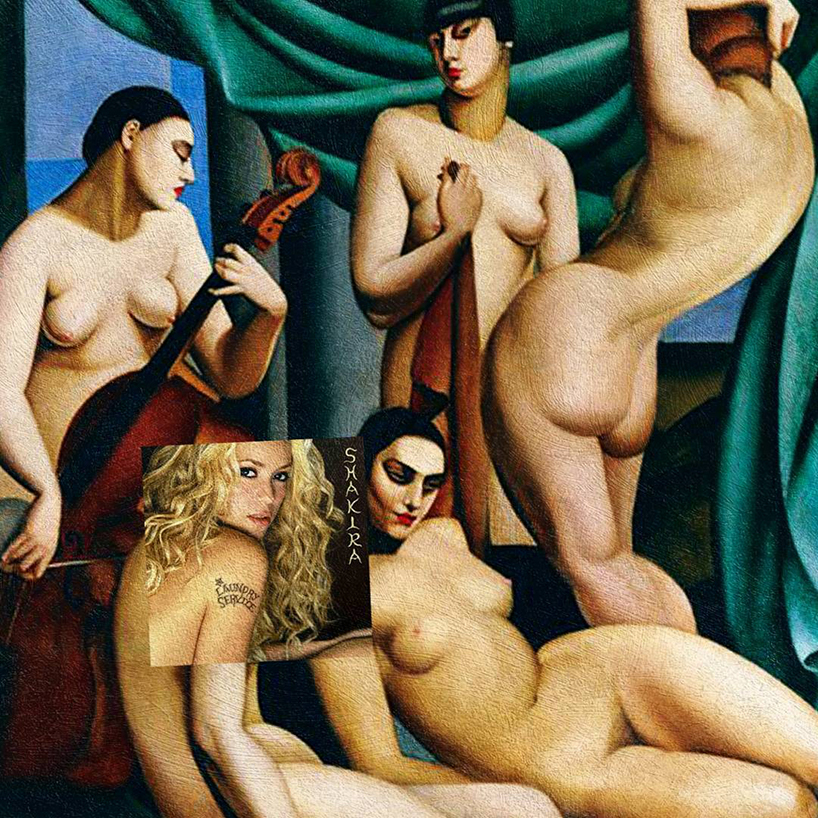