subjects ranging from alchemy, magic and occultism, to popular folklore, primitive and modern art, are but a few of milan-born artist el gato chimney‘s creative preoccupations. with an early interest in graffiti and street art, el gato chimney developed a sense of storytelling through various physical mediums from paint to pencil. instead of delineating a clear and obvious composition, the italian artist instead fills his paintings with hidden clues, appealing to the viewer’s imagination and interpretation of the modern world. 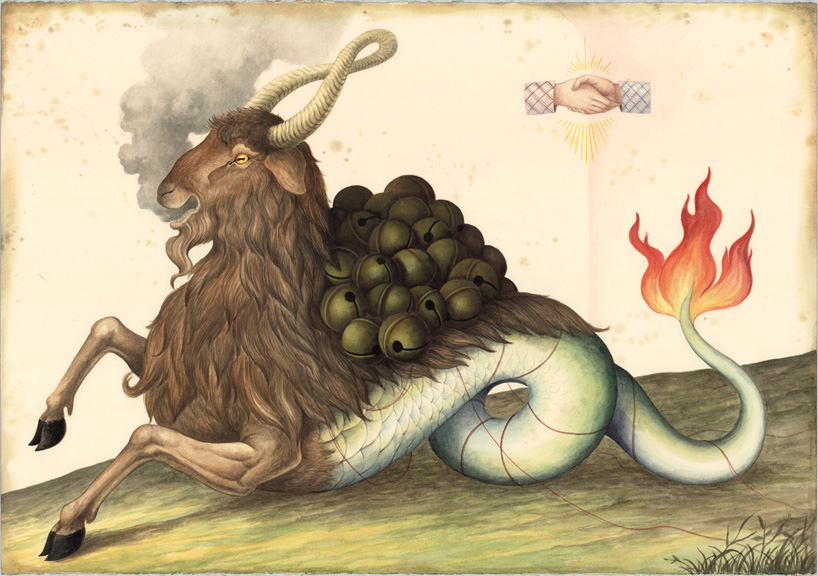 animals, both fictional and real, often hide behind masks and wear ceremonial clothes from primitive cultures. these figures describe the vices and the virtues of a world constantly split between a daytime utopia and an unquiet night. at first glance, one could overlook the copious concealed details: creatures hidden in the clouds, numbers obscured on clothing, religious elements and most importantly, symbols. everything from an infinity sign to deck of cards becomes part of an eclectic mixture of cultures and eras, each whose decipheration reveals new meanings at with reading. 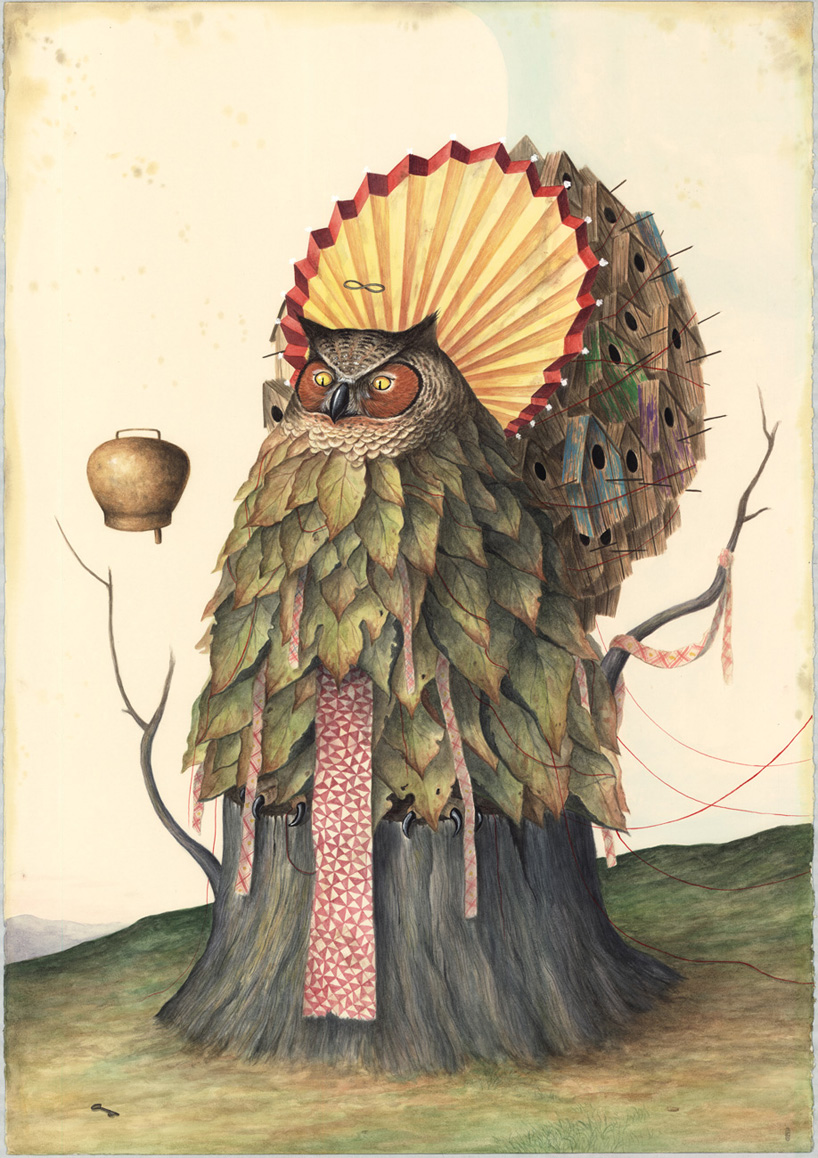 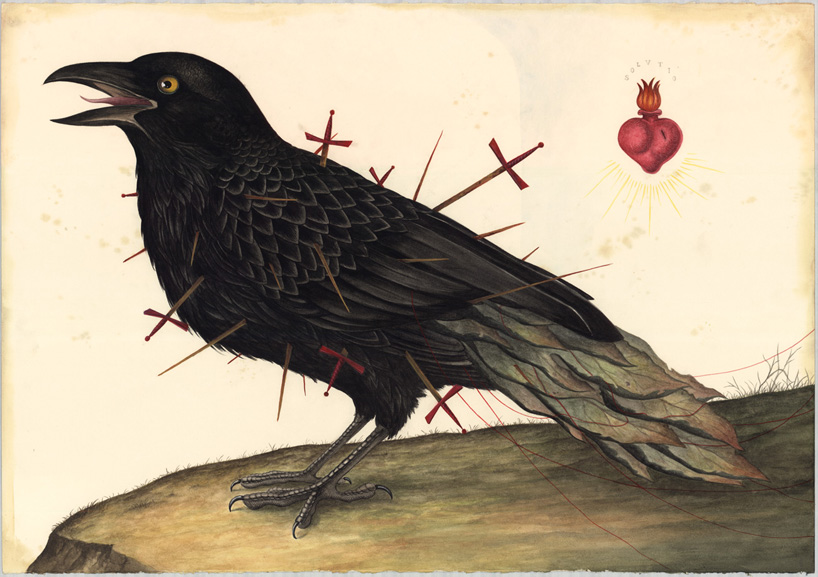 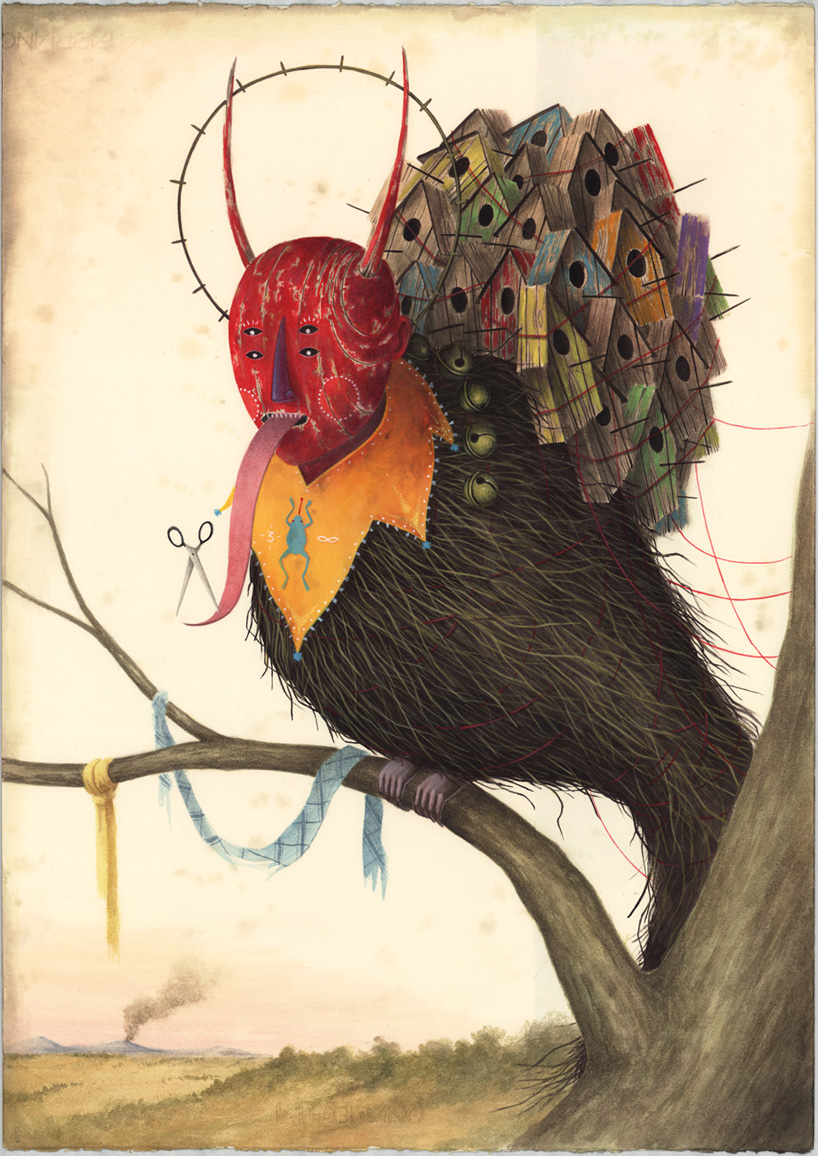 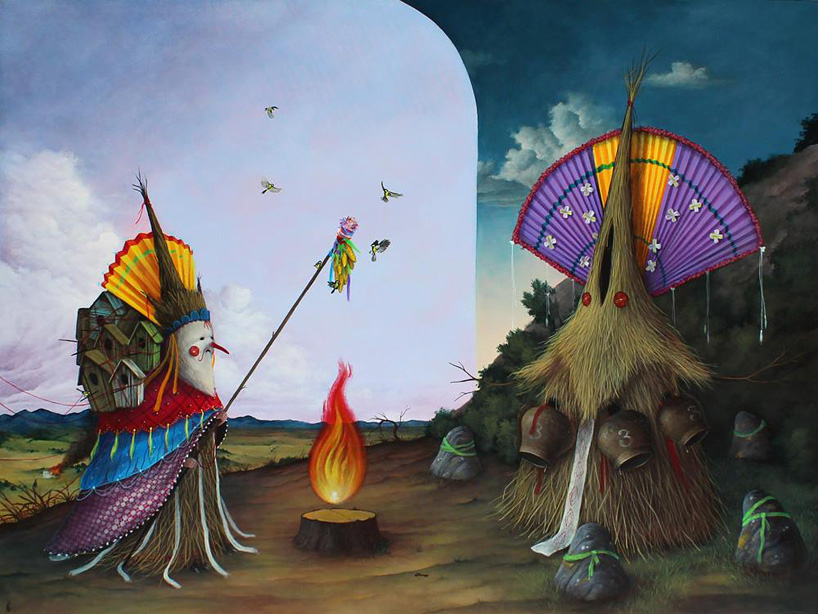 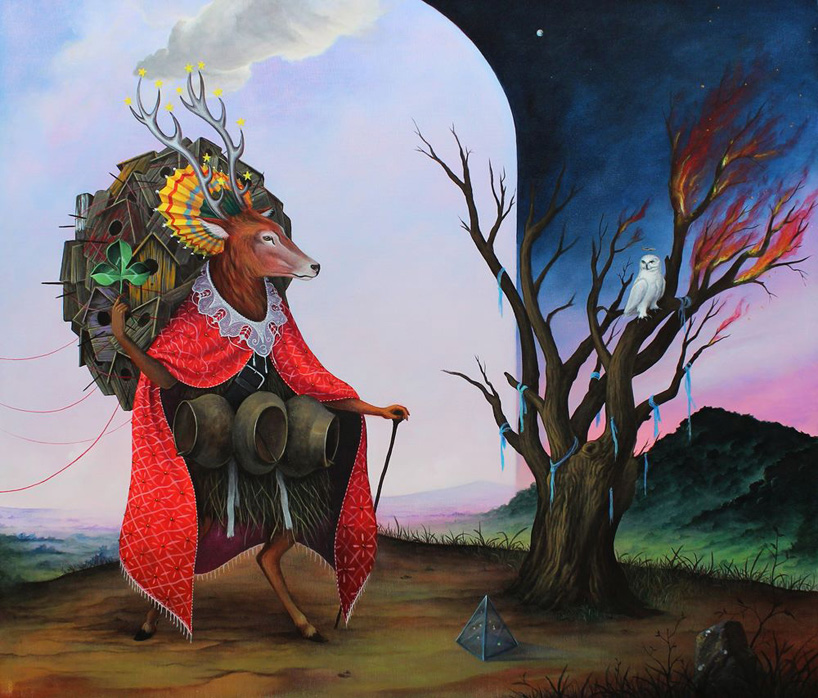 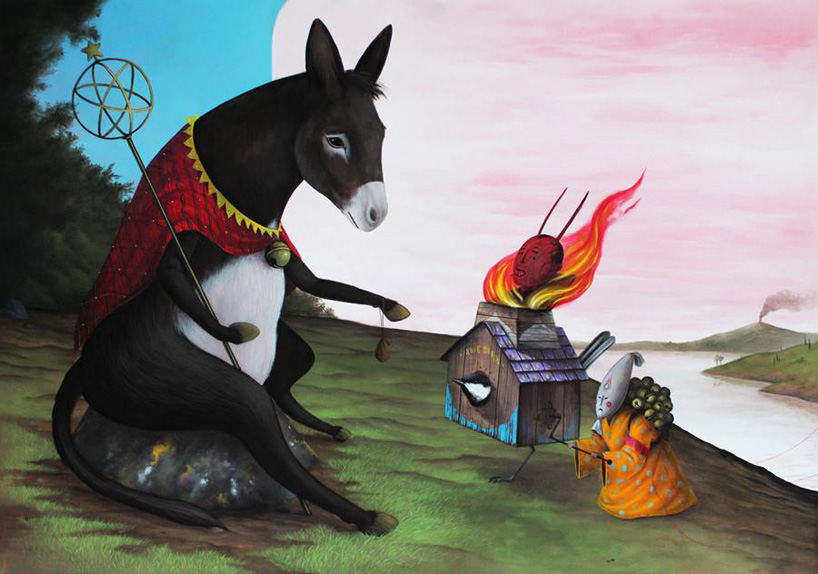 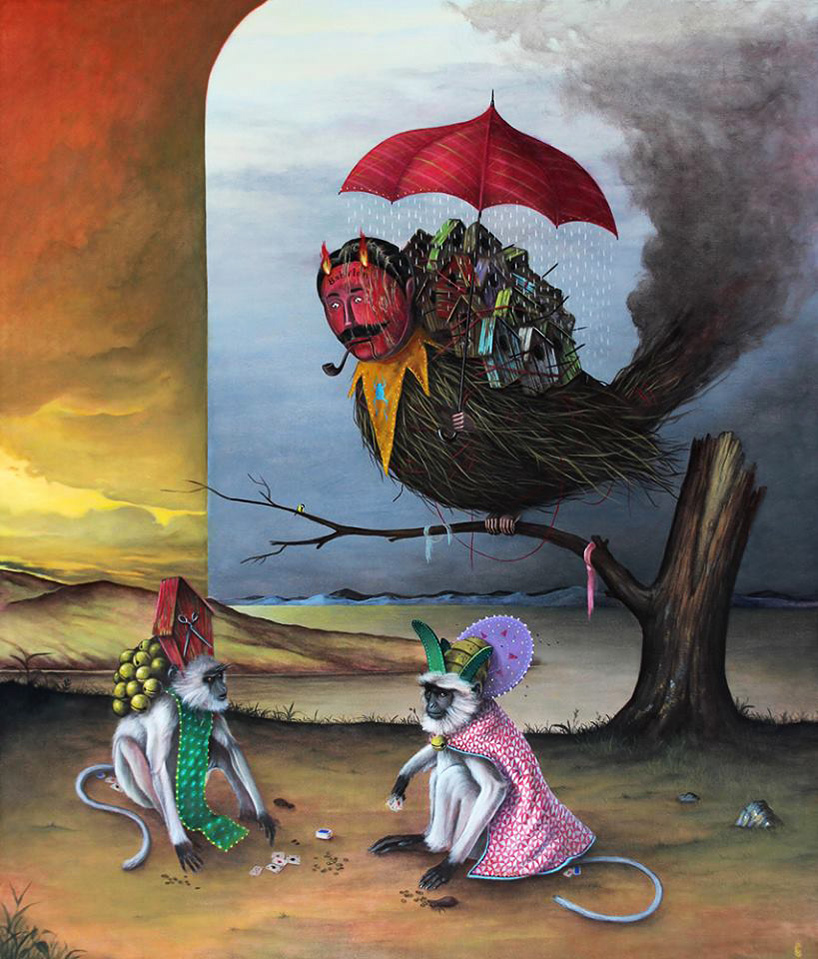 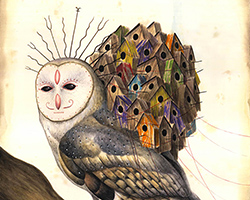