argentina-based artist elian chali presents a large-scale mural across the facade of a cultural space along the córdoba waterfront. the urban art covers nearly 2400 square meters of the historic facade of an heritage building known as ‘plaza de la música’ which dates back to 1910. the monumentality of the project, photographed by gonzalo viramonte, lies in both its scale and in the historical value and cultural significance of its location. the artist’s work is typically characterized by a dialogue with the urban structure. 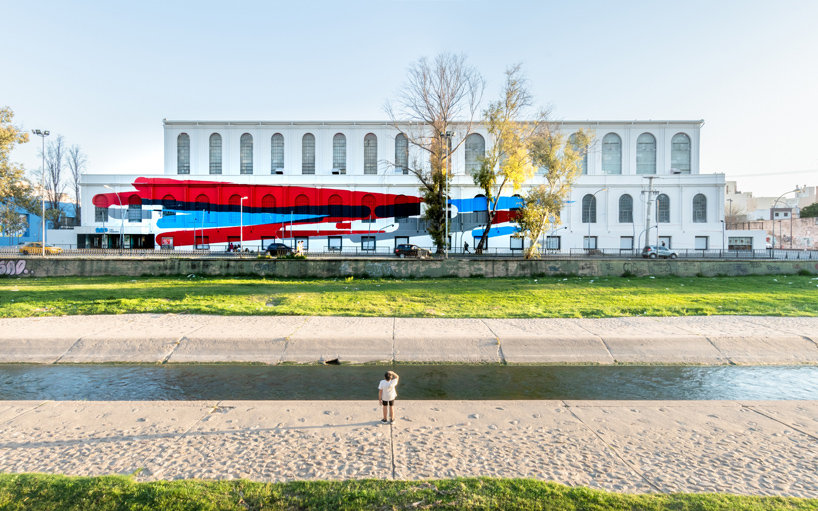 all images by gonzalo viramonte

the mural introduces a vibrant, solid burst of color, in the palette with which chali most identifies. the artist presents a new dichotomy as the sweeping gestures ignore the rhythmic architectural elements of the stark facade. the mural transforms even the building’s interior as the bold strokes pass over the once-transparent apertures. with his contemporary intervention, chali works to dematerialize the historic geometries of the facade and reinforce the cultural, social, and recreational spirit of the building. 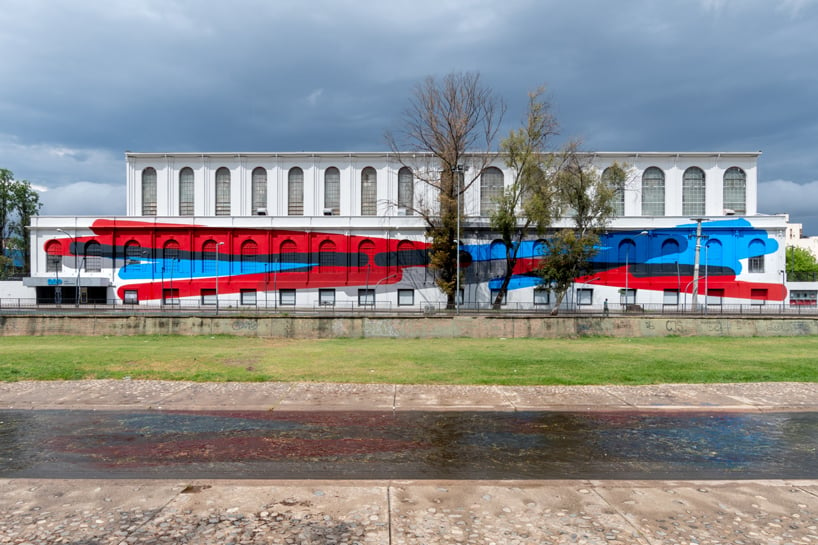 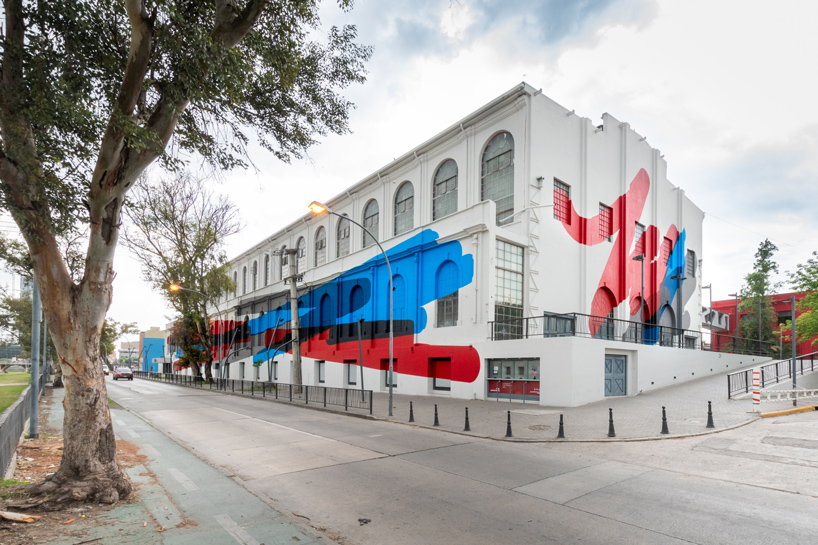 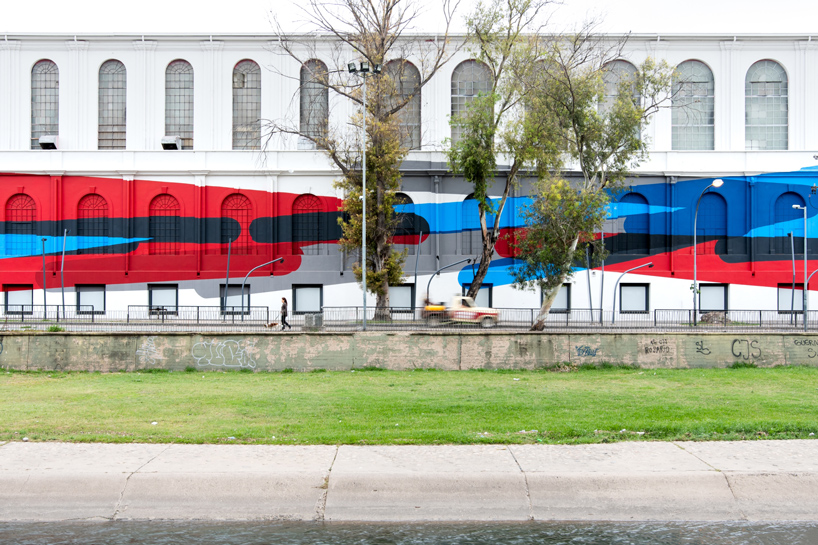 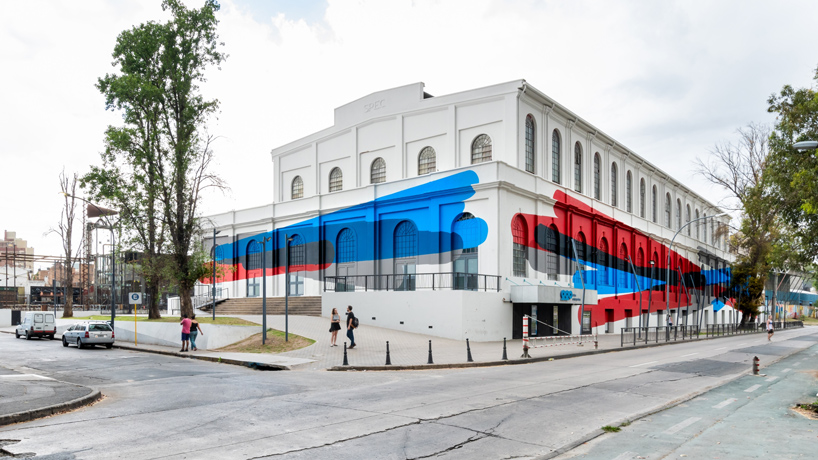 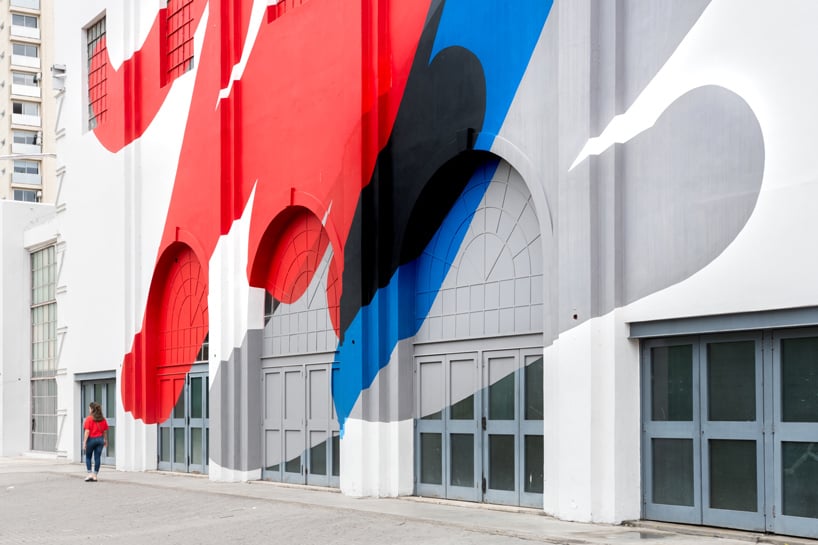 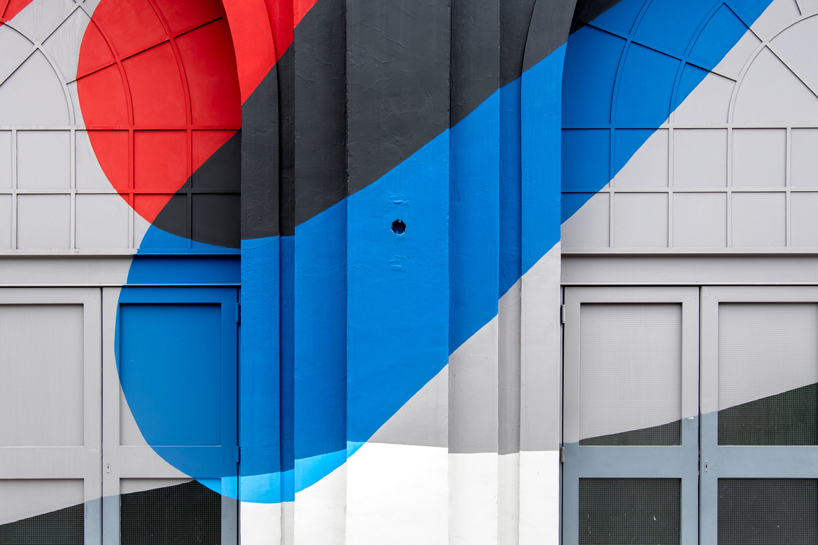 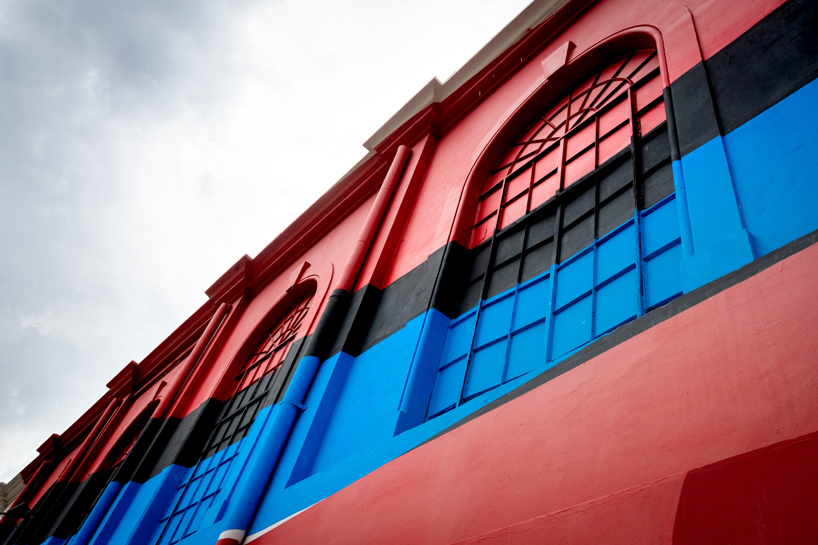 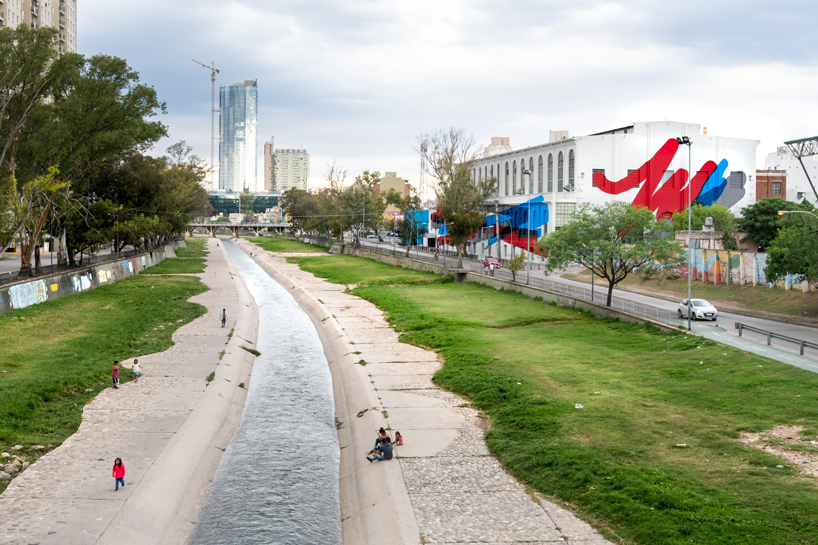 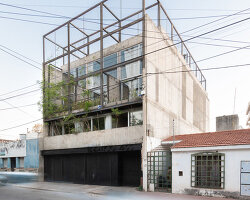 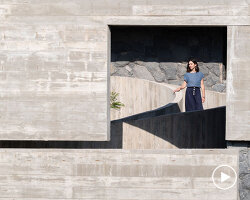 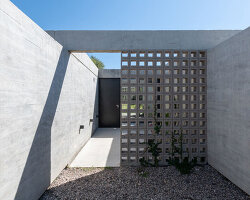 Jul 19, 2021
GRUPO studio curates its casa SI as a residential composition in concrete in argentina 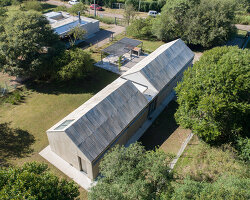 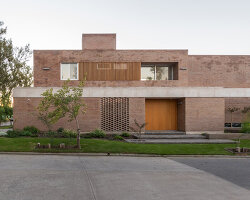 May 28, 2021
estudio opaco designs its casa santina as an open and light-filled brick fortress