french artist duo ella & pitr have completed a mural titled ‘the shipwreck of bienvenu,’ adding to their continuous series of sleeping giants with a painting in la villa en gier, in st. etienne, france. The large-scale, 47 meter mural decorates an abandoned dam wall, reinvigorating the existing structure and its surrounding landscape. 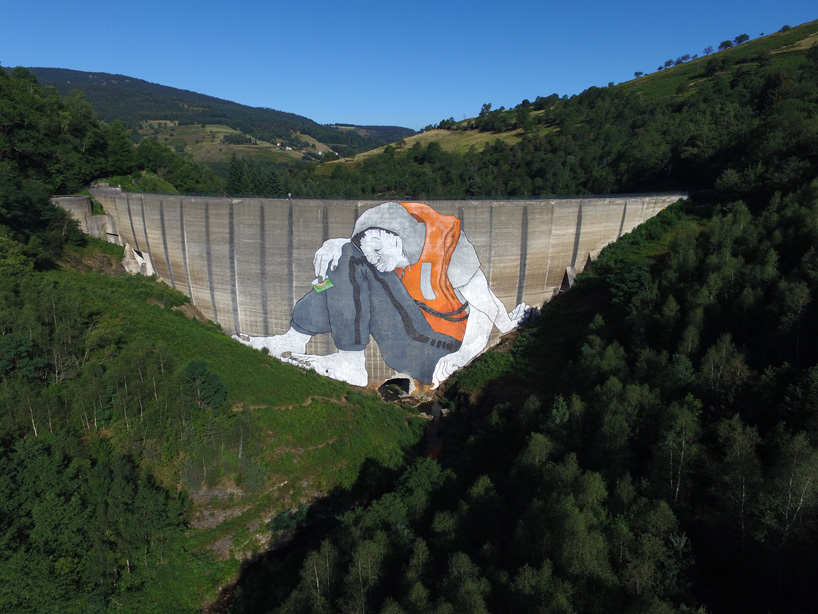 the dam was originally built in 1959, but problems with the overall construction made it dangerous to use for its intended function. ella & pitr’s team of five artists, suspended on ropes, completed the illustration in just 2 weeks — transforming the manmade barrier into the artist’s canvas. the figure is accompanied by a narrative. the artists describe, ‘after a long trip on his little boat, he finally arrived where he was looking for — thanks to a small picture of the place he dreamt about. He’s now resting, and questioning about what will happen next.’ 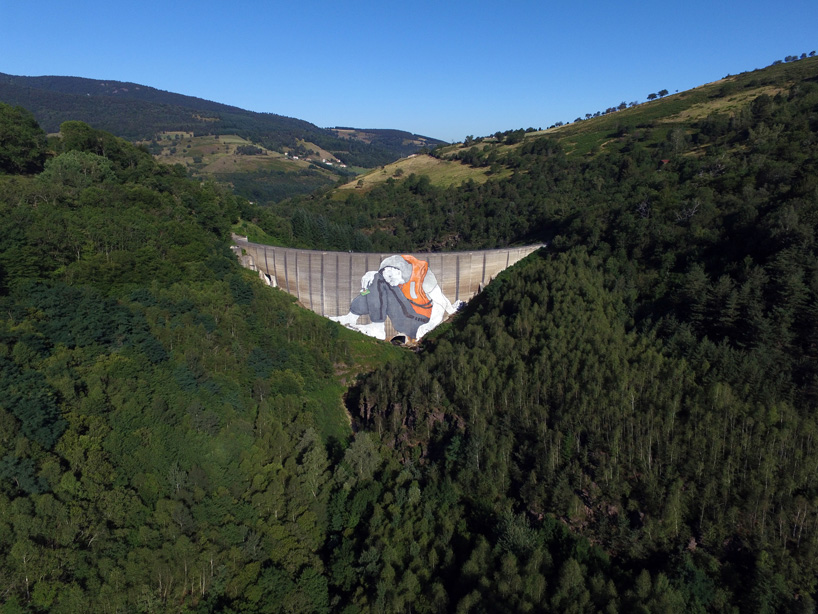 because of structural issues, the dam was abandoned — becoming the artists’ canvas

in his hand, the giant holds an image of the dam, peaking out from the surrounding hills that converge at its center. the placement of his feet along the ground emphasize the figure’s sense of being within this specific context. his body curls into itself, nestled in the low undulation of the hills — becoming a part of la valla en gier’s existing landscape. 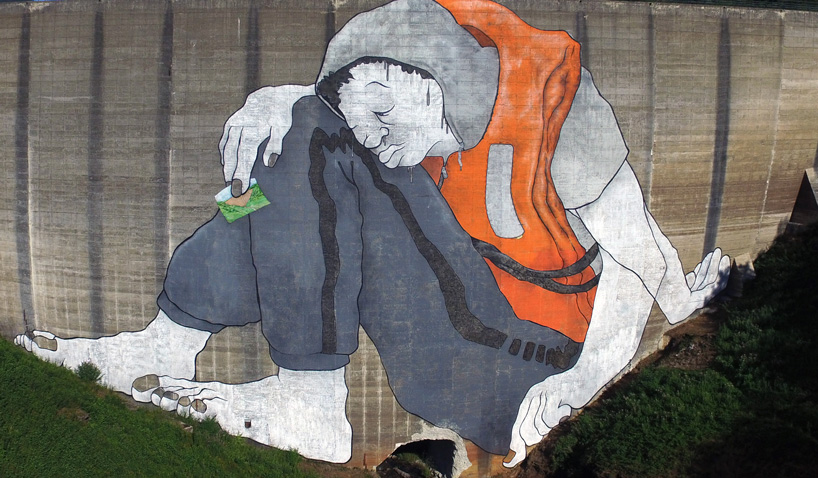 the tired giant holds an image of the dam wall and surrounding hills, his final destination 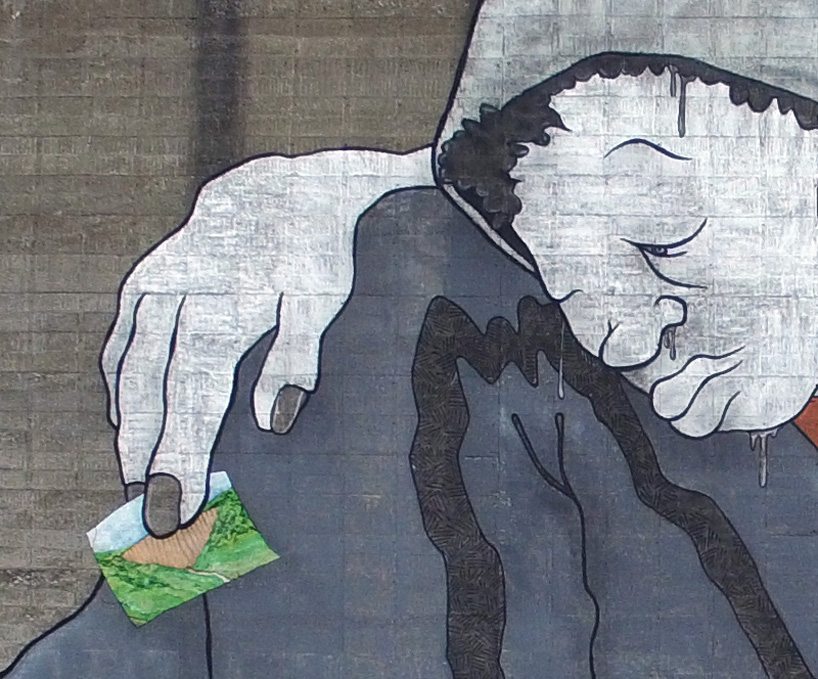 the artists, a time of five in total, painted the mural in just 2 weeks 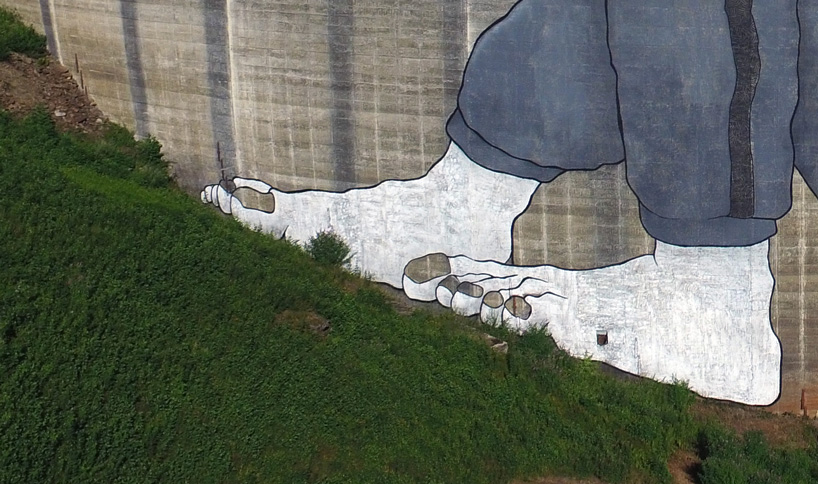 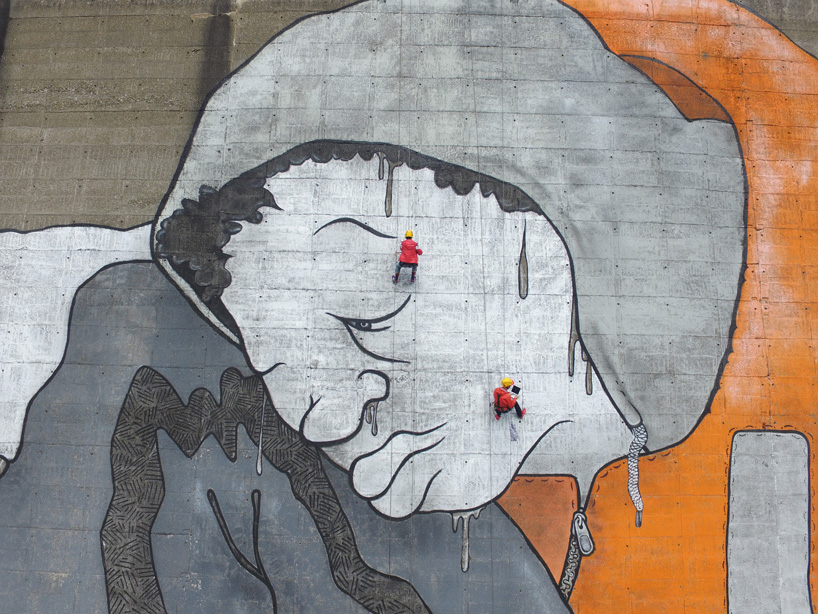 the artists were suspended on ropes to first draw the outline of the figure, and then animate with color 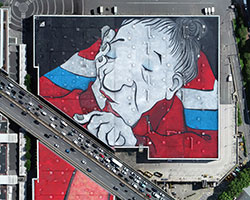 Aug 23, 2019
ella + pitr break their own record for world's largest mural in paris 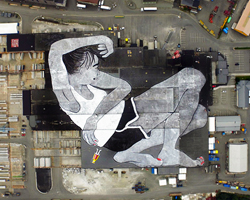 Aug 31, 2015
ella & pitr paint the largest mural in the world for nuart festival in norway 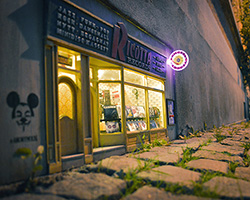 Sep 16, 2020
roberto graziano moro documents the COVID-19 crisis in venice, italy, in its most critical moments
the photographer had been engaged in the documentation of the music industry and youth culture, but the pandemic changed the focus of his lens.
art
691 shares
connections: +450

Sep 14, 2020
'amoji' depicts the clash between traditional and modern culture in africa
the photography series by toufic beyhum was inspired by the ever-increasing connectivity across the african continent.
art
437 shares
readers
connections: +1050