melbourne-based artist elliot schultz puts a literal spin on ordinary zoetrope devices with his embroidered animation, designed to play on a series of standard turntables. a zoetrope is a tool used for film-less animation that transmits motion through the continuous rotation of a series of still images, typically viewed through narrow slits in the cylinder walls.

schultz has designed and embroidered six animated sequences onto discs with a shape and size inherited from 10″ vinyl records. motion — such as a dizzying maze of moving cubes, an endlessly walking character with a cane, and squirming sequence of worms — is activated when a strobe light illuminates the discs in sync with each embroidered frame. flipping the discs upside down reveals a hidden part of the creative process, exposing the messy, untrimmed thread beneath, while also allowing the viewer to watch the animation in reverse.

squirming sequence of worms wiggle towards the center of the disk

‘my work aims to investigate the use of unconventional media in both the production and presentation of animated work’ schultz says. ‘early pioneers of the art form experimented with the combination of hand drawn animation and live action performances, demonstrating the natural inclusiveness of animation which invites a wide variety of media to be used in the creation process.’

pink and white geometries fluctuate as the disk continuously turns

a spinning droplet bounces into a puddle

color is gradually added to a series of small white dots 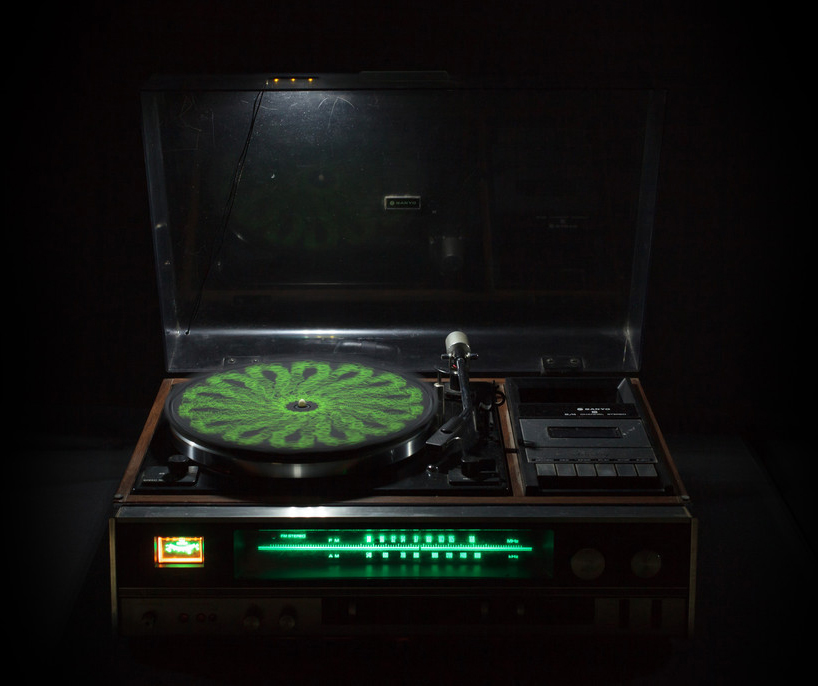 the disks are played on standard turntables 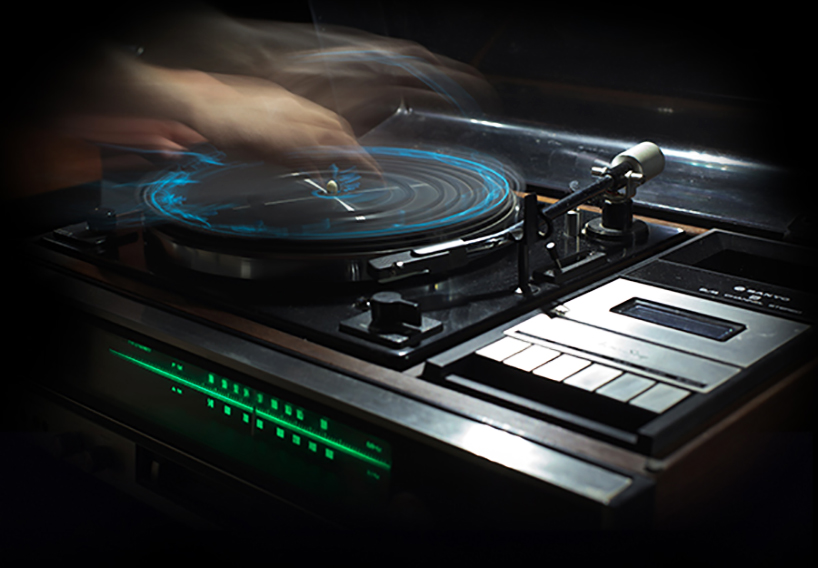 visitors are able to physically interact with the embroidered disks 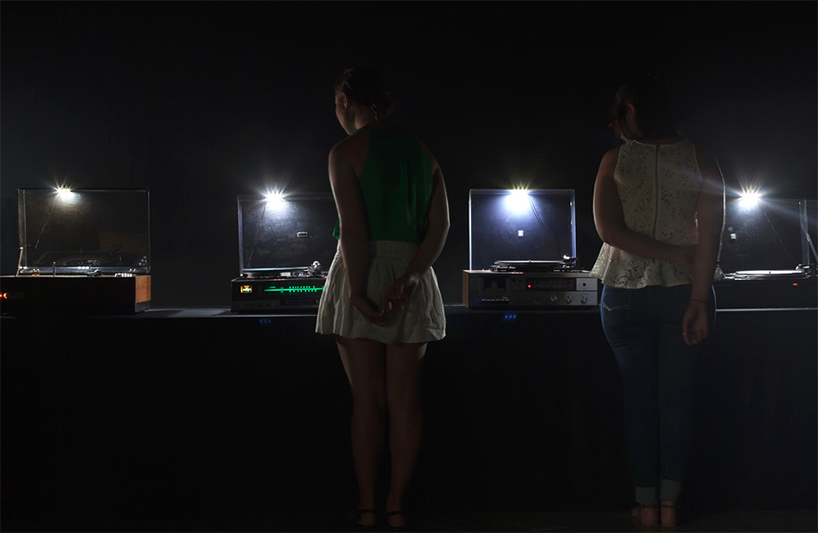 a series of six sequences are played on turntables