elmgreen & dragset‘s installation, statue of liberty, which comprises a concrete segment of the berlin wall and a 24-hour ATM, has found a permanent home at the courtyard of the hamburger bahnhof museum in the german capital  as a donation by the collector heiner wemhöner. the sculpture is named after manhattan’s statue of liberty, a symbol of unlimited freedom that once welcomed migrants arriving on ships to the new world, and which has since become a popular tourist attraction. drawing from the monumental sculpture’s latter status, the artist duo has created an installation that addresses berlin’s history, and at the same time acts as a warning about its future. 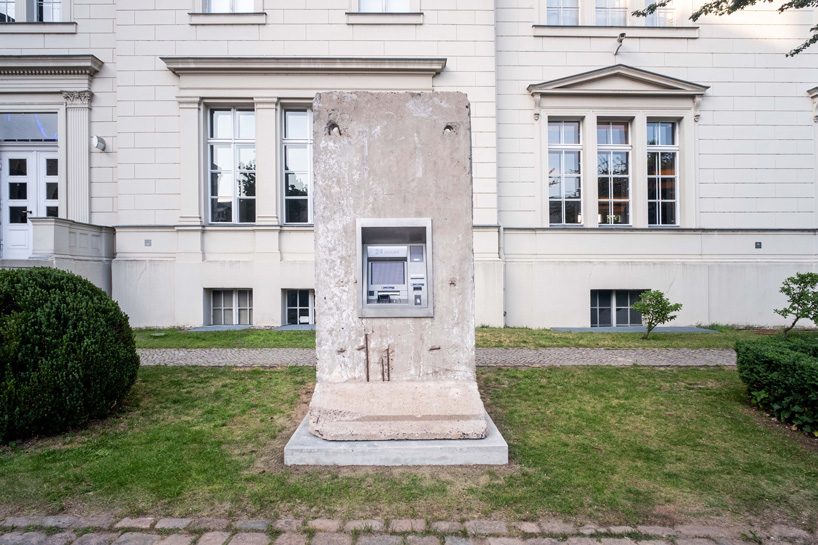 in statue of liberty, elmgreen & dragset have combined two seemingly unrelated objects, a cash-dispensing machine and a segment of the iron curtain that once separated east and west berlin, resulting in a sharp, absurd image that represents two systems: capitalist west and communist east. the paradoxical fusion raises questions about the current state of the german city and its development since the fall of the wall, which symbolized the cold war and restrictions on individual freedom, and parts of it still standing today serve simply as backdrops for holiday snapshots. in recent years, gentrification has had a diminishing effect on the abundance of free spaces the city has been known for, while many new ATMs located on the storefronts of independent traders in party districts signal towards the increasing commercialization and marketing, aimed towards winning the money of international visitors. statue of liberty is thus created as a threefold work: a memorial to german separation, a monument recalling the lost time of infinite possibility directly after the fall of the wall, and a warning about the selling off of history and the city. 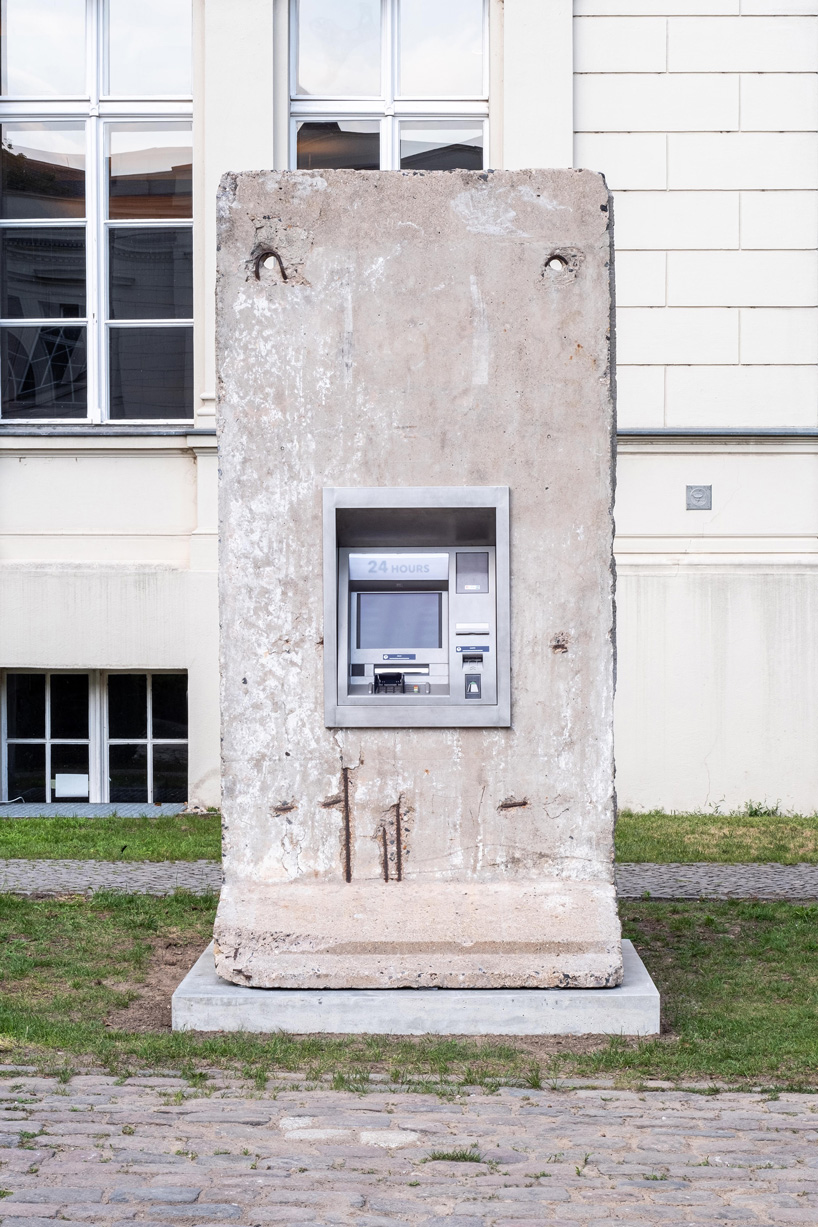 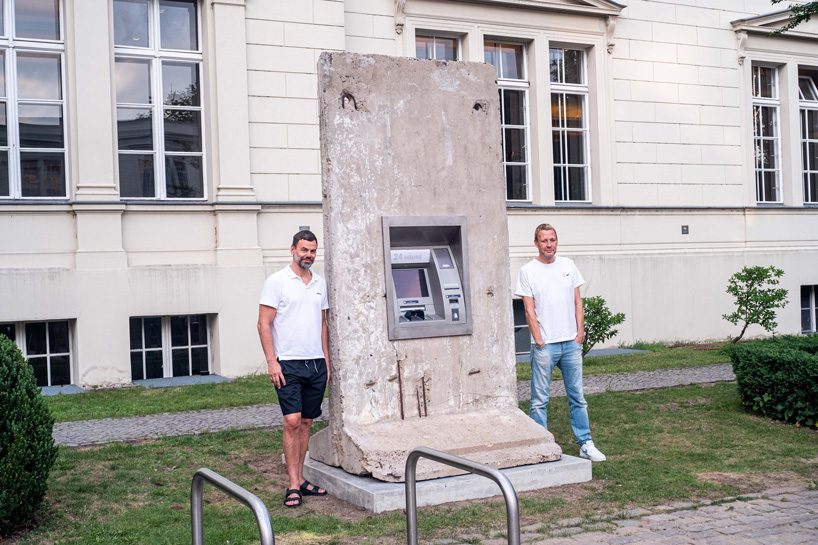 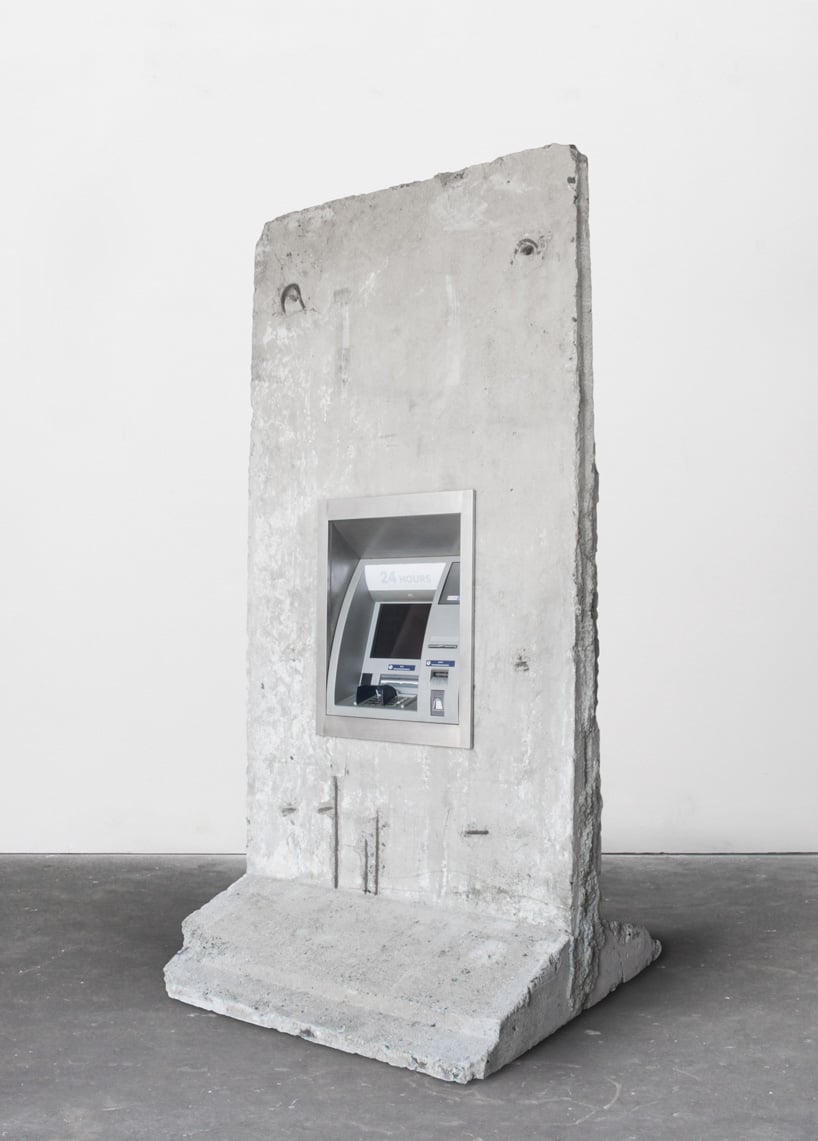