the fourth plinth is said to be the most thought provoking contemporary art prize in the UK. funded by the mayor of london with support from arts council england, the programme commissions international artists to make challenging new works set for placement in the british capital’s trafalgar square.

the northwest plinth, in which the selected projects are displayed, was built in 1841 and was originally intended to host a bronze equestrian statue of king william IV by sir charles barry, but it was never installed. today marks the official unveiling of the latest commission for the fourth plinth. conceived by danish and norwegian artistic duo elmgreen and dragset, the monument recalls this historic account and presents a new take on the tradition of equestrian statues with ‘powerless structures, fig. 101’. the 4.1 metre high sculpture, depicts a young boy mounted on his rocking horse, one hand securely holding the handle of his toy, while the other waves triumphantly in the air, captured in an authoritarian pose. cast in bronze, the giant work of art is elevated to the status of a historical hero, aligning with the existing iconography which is already present through other effigies in the high trafficked plaza. through the young boy, elmgreen and dragset celebrate the heroism of growing up, rather than the heroism of the all-conquering and powerful individual, which is typical of these types of monuments. he sits high in the heart of london, encouraging viewers and passersby to consider the less spectacular events in their lives, which often end up being the most memorable or important. 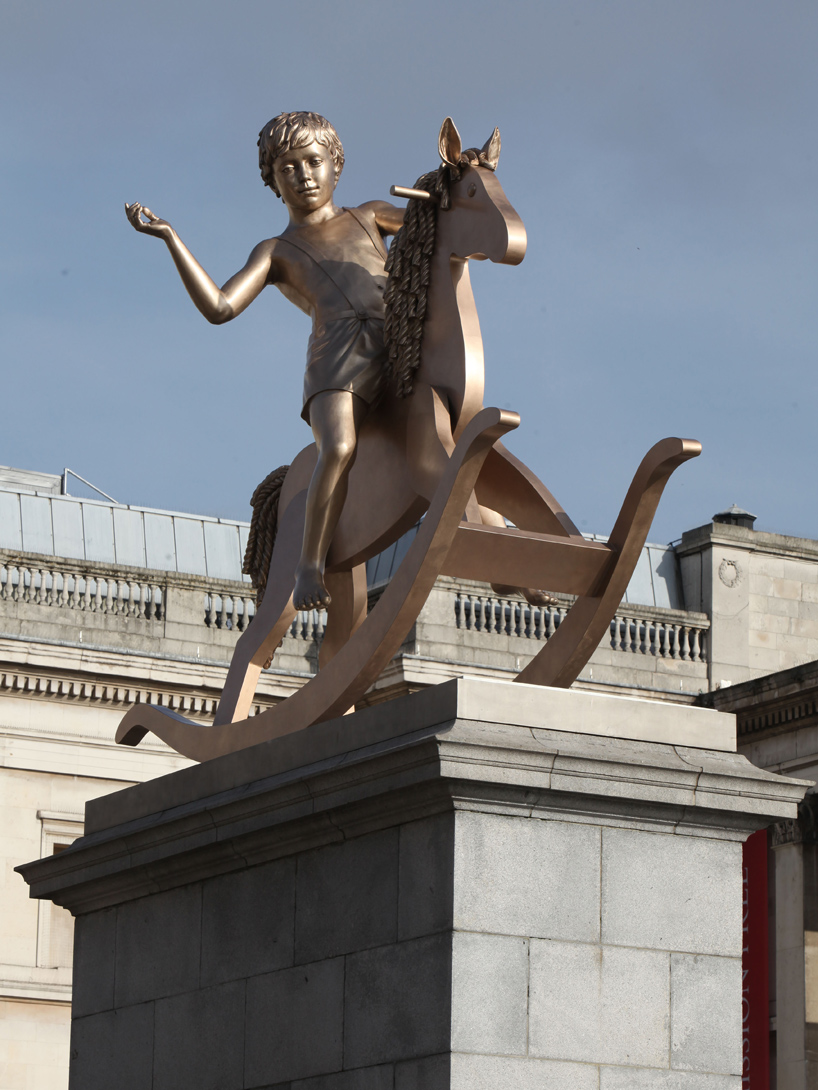 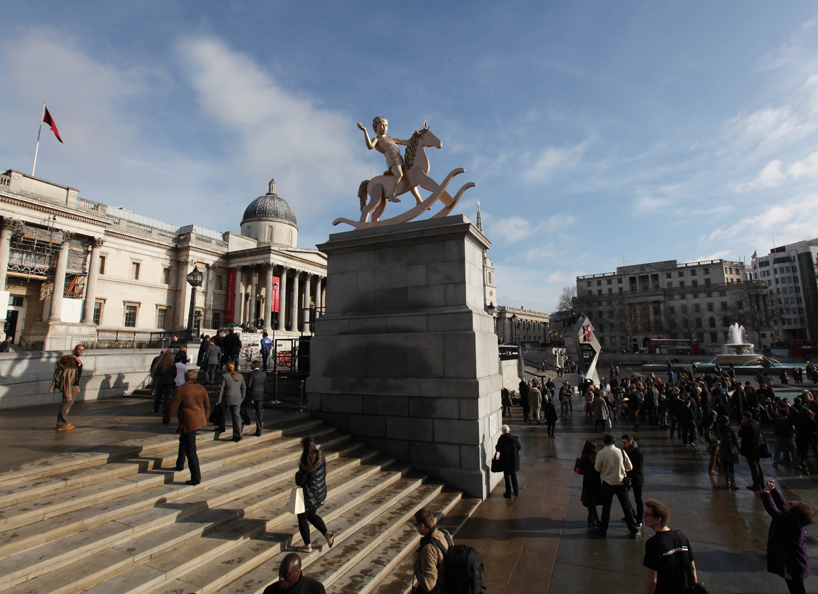 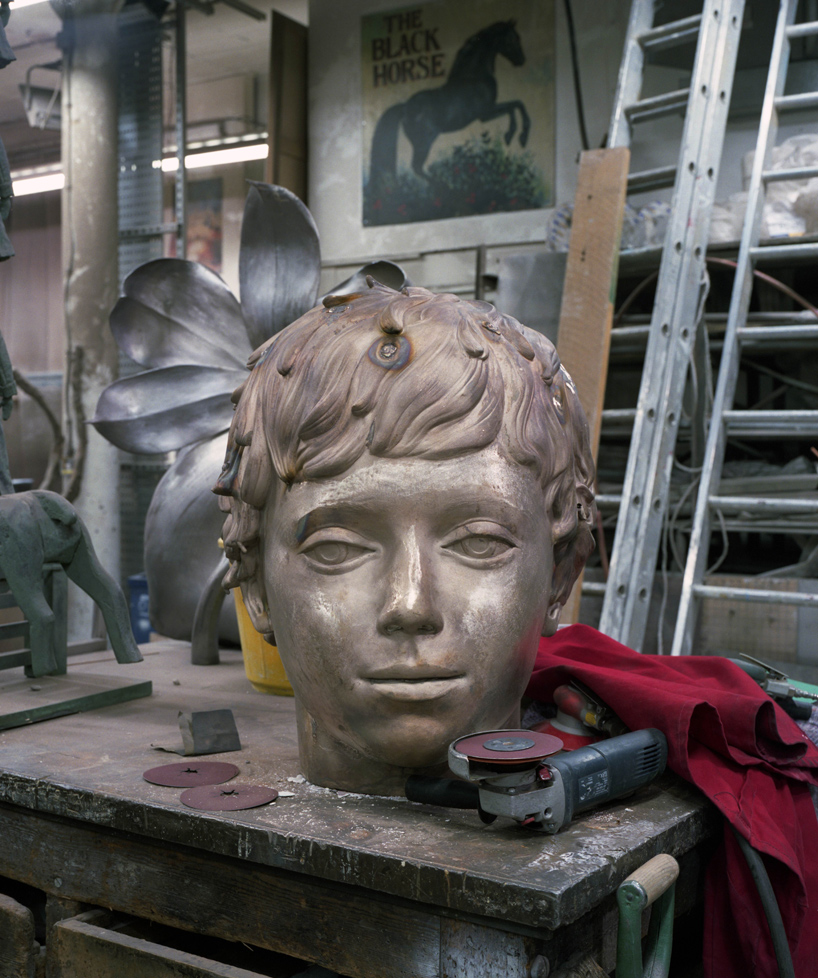 behind the scenes with elmgreen & dragset at AB fine art foundry 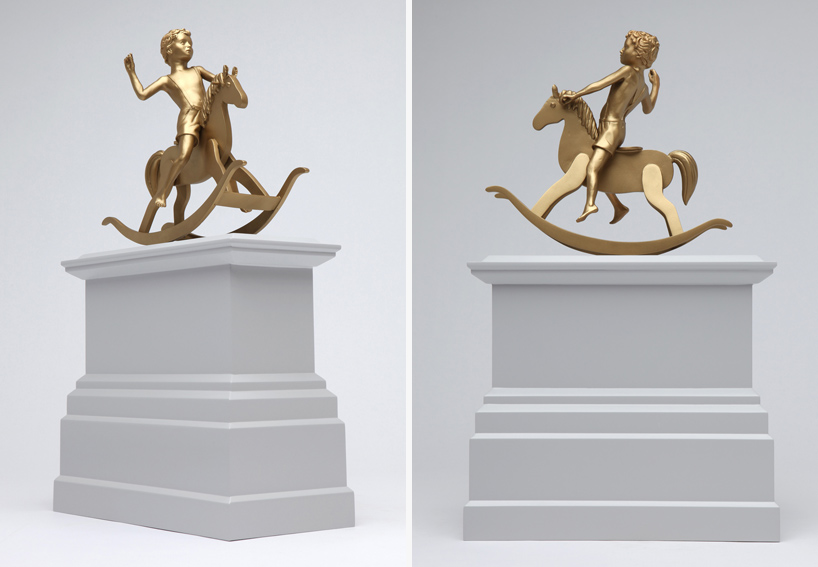 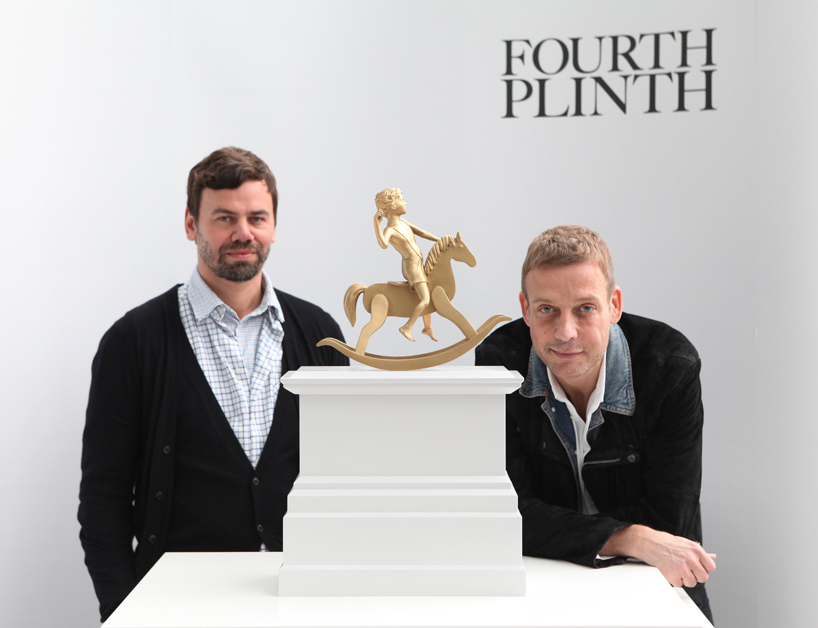