sheltered inside the hanger of old kallang airport, the german barn, a day dream building folly of plenty of associations, is the latest work by artist duo elmgreen & dragset.

the unrealistic and impractical displacement of images, objects or actions also called ‘quixotic’ (term from the novel of don quixote) or ‘overidealism’ of extravagantly chivalrous action is a key device in contemporary art. michael elmgreen and ingar dragset are no strangers to this strategy. site specific art is here interpreted with a radical displacement. 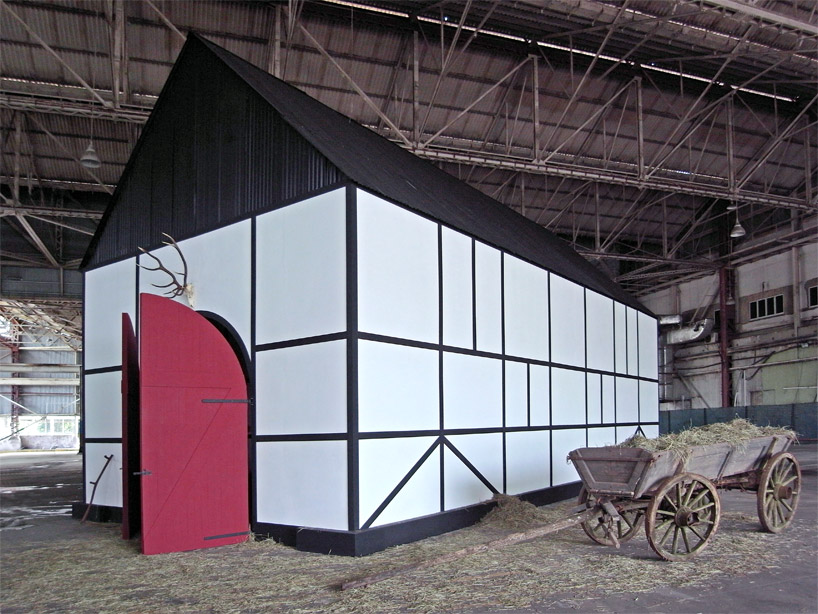 an echo of the black-and-white striped mock-tudor architecture of colonial villas in singapore? it refers directly to the colonial and post colonial situation of culture in singapore, thus this project is site-specific, but what if the site (singapore) itself is not authentic? the artist barn is also a fake. a constructed social space animated by viewers mingling with local actors hired to mock agricultural work costumed in south german folk dress. 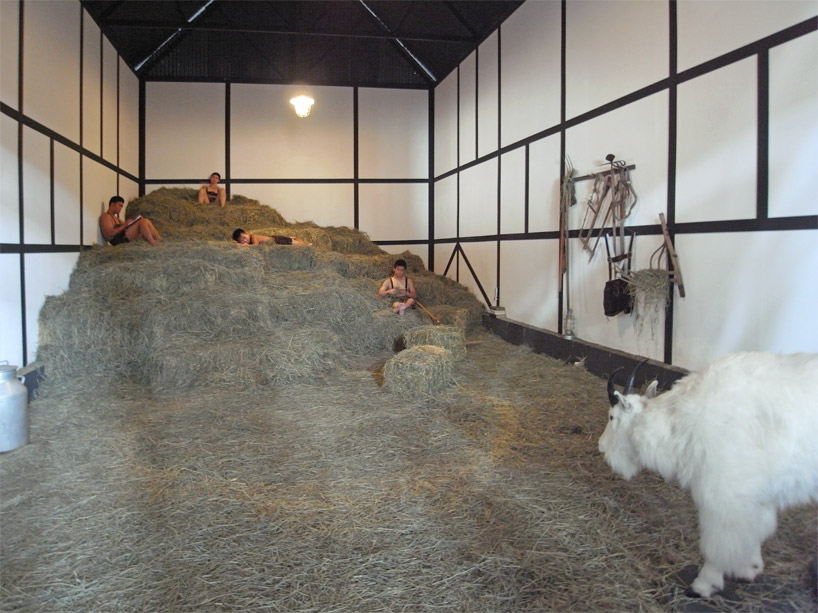 inside the barn image © designboom

for the artists, this theatrical ‘useless’ labour points to ‘the transformation of the body from a tool for creating value through manual labour to a marketing tool in the post-industrial era.’ 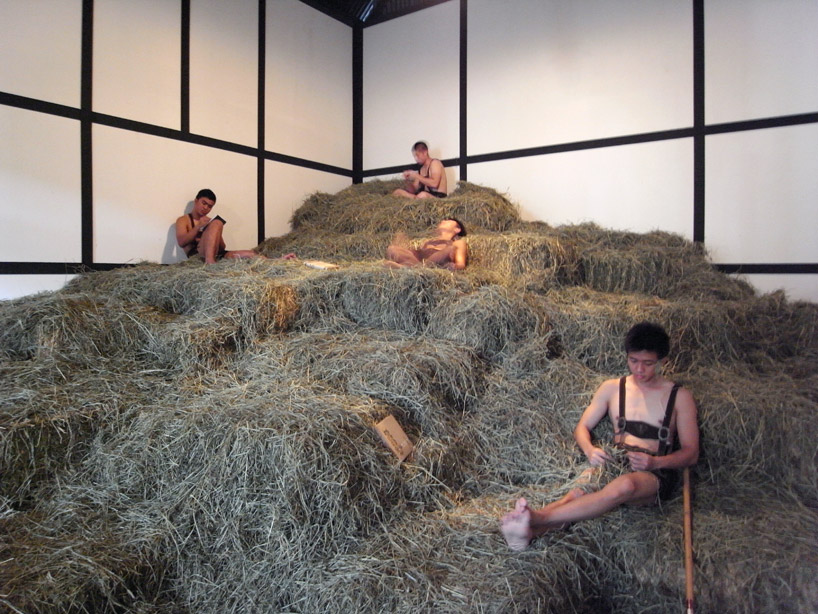 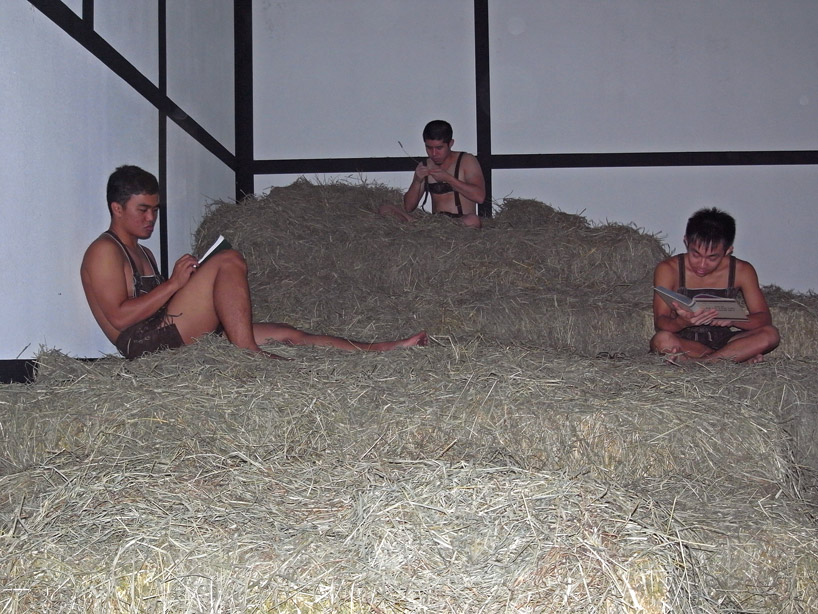 the farmyard fantasy is also sexually loaded. a barn is outside the family home – a place for sheltering beasts but also not socially sanctioned sex. this aspect has never been lost on gay subcultures in which hardcore macho masculinity is often re(mis)played and co-opted as an act of empowerment. 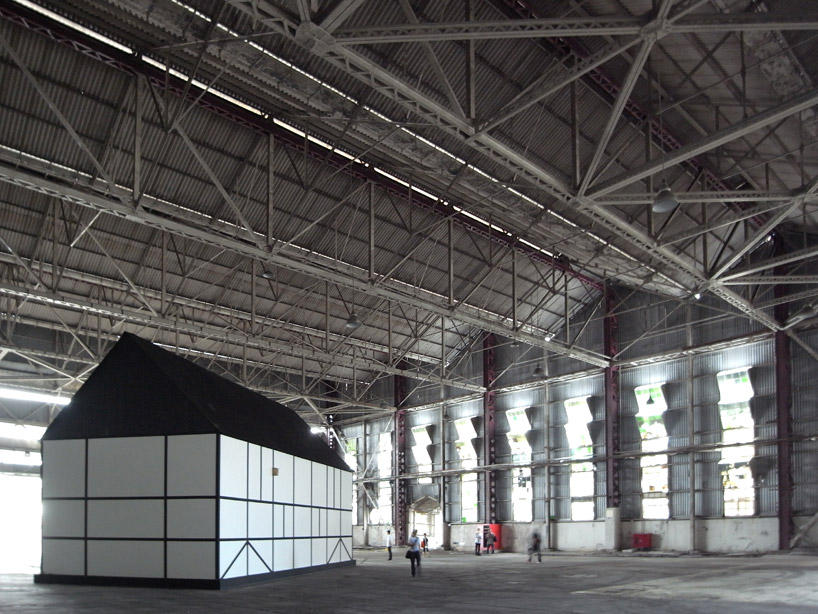 the installation is an explicit revisiting of robert rauschenberg’s ‘combines’, monogram (1955-59), where the artist combined collages with assemblage of a wide range of objects taken from everyday life — a process that undermines both illusion and the idea that a work of art has a unitary meaning. it especially refers to the stuffed white mountain goat next to a rubber tyre. 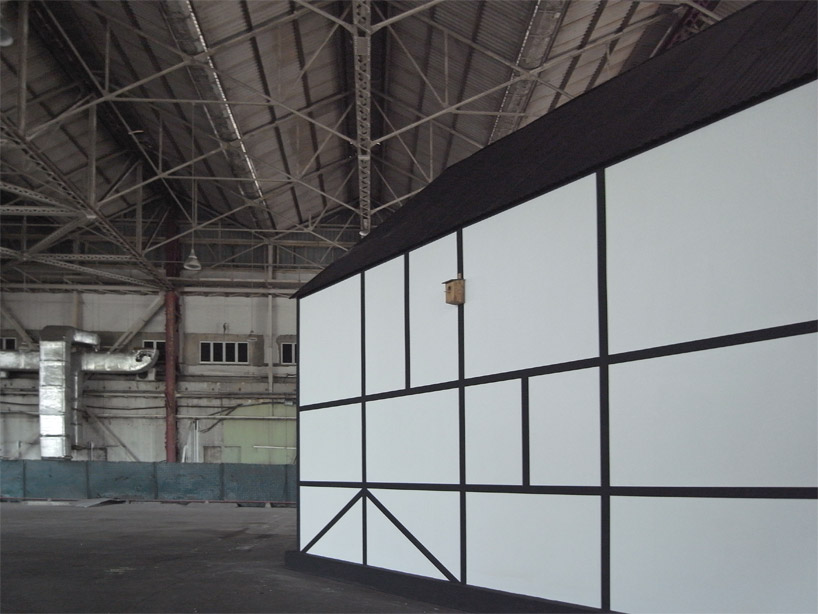 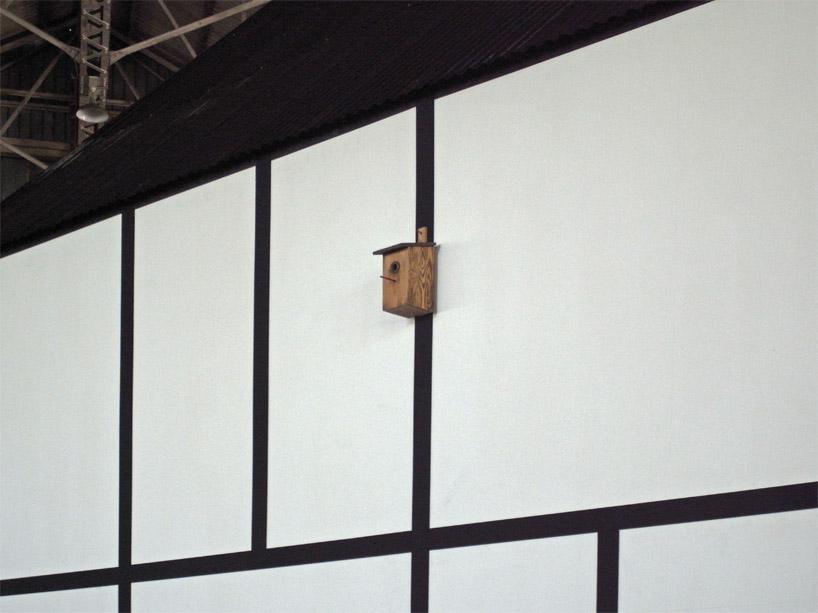 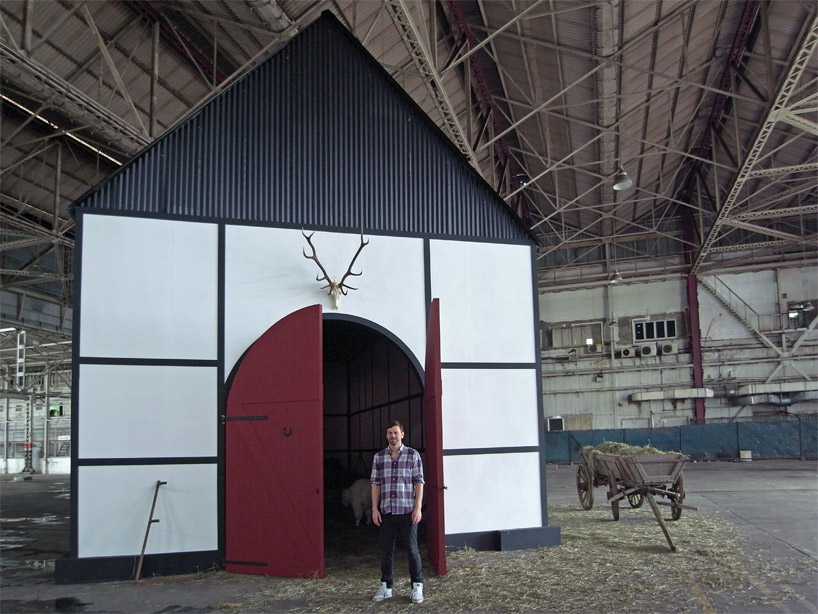 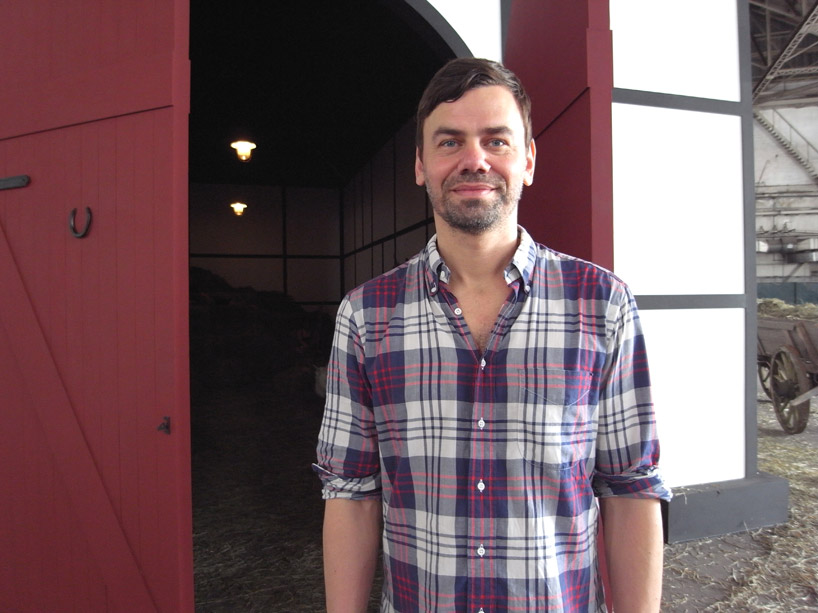 the text of this article contains excerpts by dominic eichler (from the biennale exhibition catalogue). — the third edition of the singapore biennale (SB2011) opened its doors to the public on march 13th and will run until may 15th, 2011.  designboom visited the shows led by artistic director matthew ngui and curators russell storer and trevor smith. the SB2011 open house program is organized by the singapore art museum (SAM) of the national heritage board and supported by the national arts council, singapore. 63 artists from 30 countries are presenting 161 works across four exhibition venues – SAM and SAM at 8Q, the national museum of singapore, old kallang airport and marina bay.

with its focus on artistic processes, the third singapore biennale marks the highest proportion of artists to date who are presenting new site-specific commissions or premieres: 34 artists or 54 % of all participating artists. it also has the strongest asian and local representation to date, with more than 40% of the artists (27 out of 63) hailing from asia and nine singaporeans artists in all.