all images courtesy the artists

— designboom caught up with the london and berlin-based art duo elmgreen & dragset for the installation of their newest sculptural installation, ‘han’ located in elsinore, zealand, denmark’s upon the small city’s waterfront. —

designboom: please tell me a bit more about your most recent project, ‘han’.

elmgreen & dragset: ‘han’ is a public sculpture commissioned by the city of elsingore. the title means ‘he’ in danish – but it is actually also the name of michael’s boyfriend back in london. the work is situated in front of the castle krongborg which is the very location of shakespeare’s hamlet. the sculpture is so to say a contemporary and male paraphrase of the danish national icon the little mermaid. it depicts a young man posing on a rock – he sits in the same way as the famous little mermaid does and the stone has the exact shape of  the stone used for his ‘older sister’. but the entire sculpture, both figure and stone, is cast in stainless steel. further more a hydraulic mechanism can shut  the eyes of the sculpture for a split second every 30 minutes.

designboom: when did you start developing the work? elmgreen & dragset: we were asked to come up with a proposal for this site 3 years ago. it has been long process. 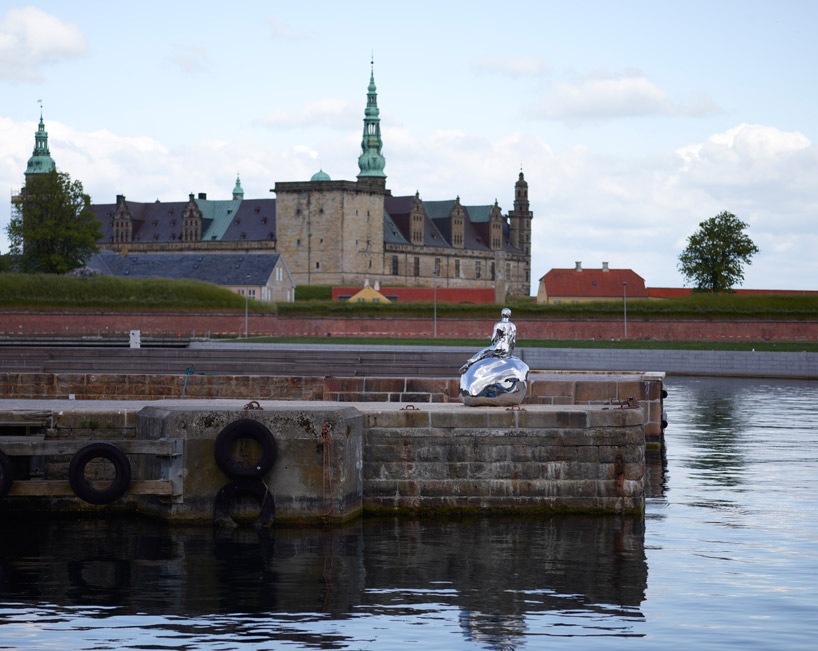 rests in front of an UNESCO world heritage site, the castle of kronborg 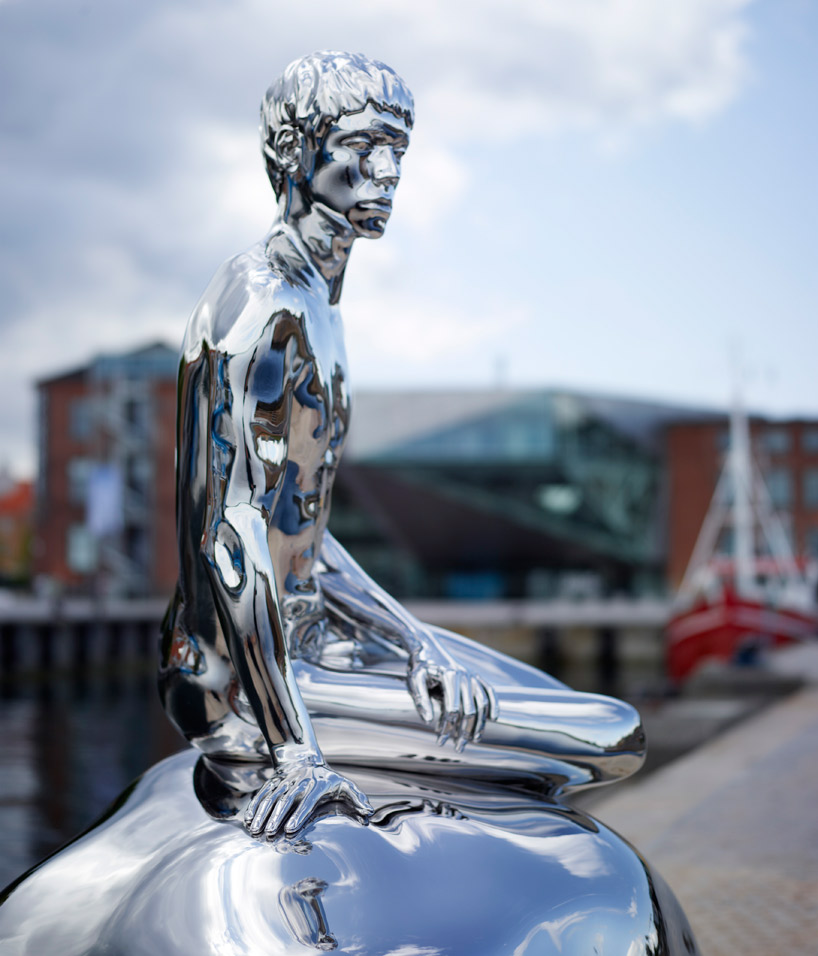 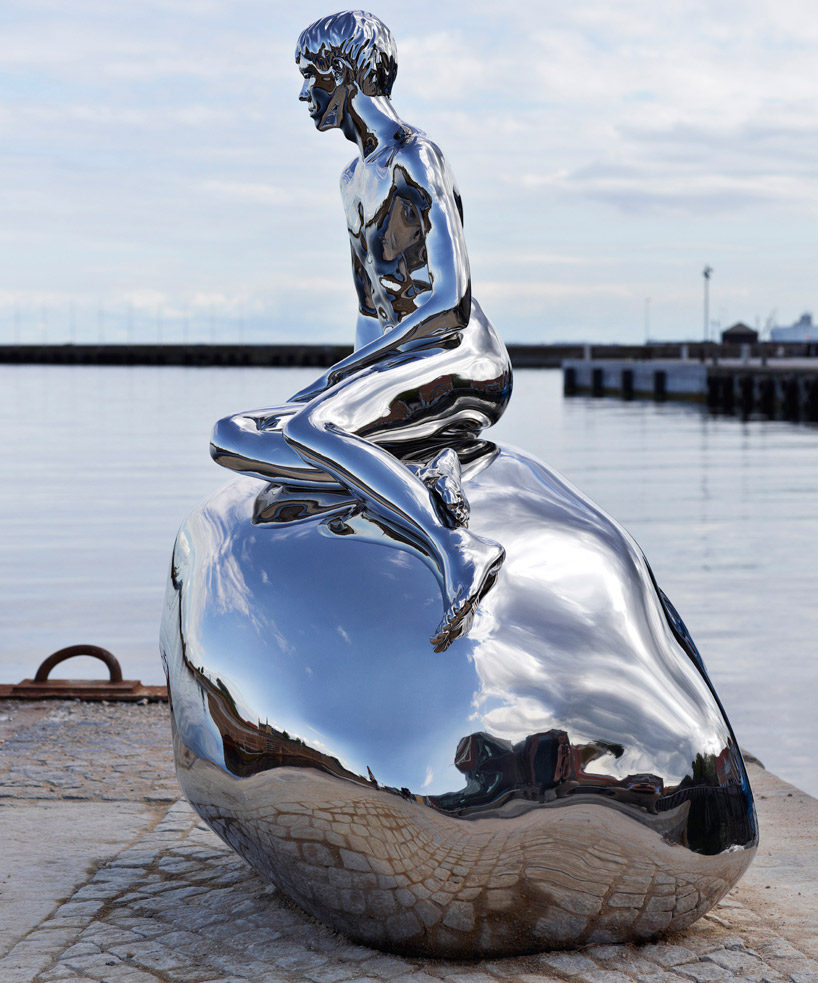 the statue has been positioned in a seated repose mirroring that of the original mermaid sculpture, located twenty eight miles to the south on the seaside.

designboom: what role did materiality play in the construction of this project? elmgreen & dragset: the high gloss, polished, mirroring stainless steel is a clear contrast to the original and female mermaid who was cast in bronze. the reflecting stainless steel adds an almost psychedelic dimension to its visual aesthetics. the surroundings get distorted and morphed in the glossy skin of the sculpture and the imagery changes according to the angle from which the sculpture is viewed.

designboom: were there any particularly pivotal moments in the imagining of the sculpture? elmgreen & dragset: the work has triggered a whole public debate in denmark about masculinity and it is depicted in public. a side effect we didn’t even count on. 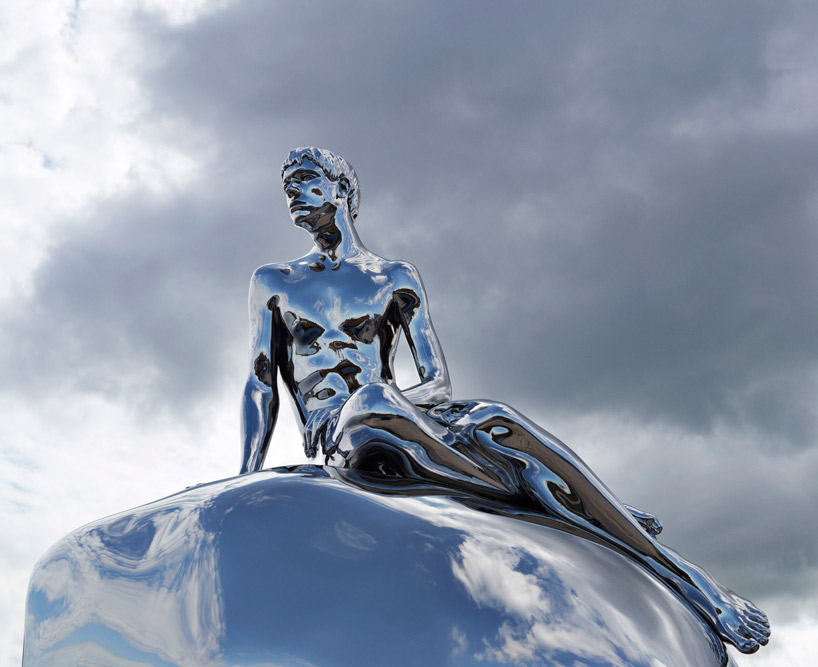 an upwards facing view of the gleaming, polished work 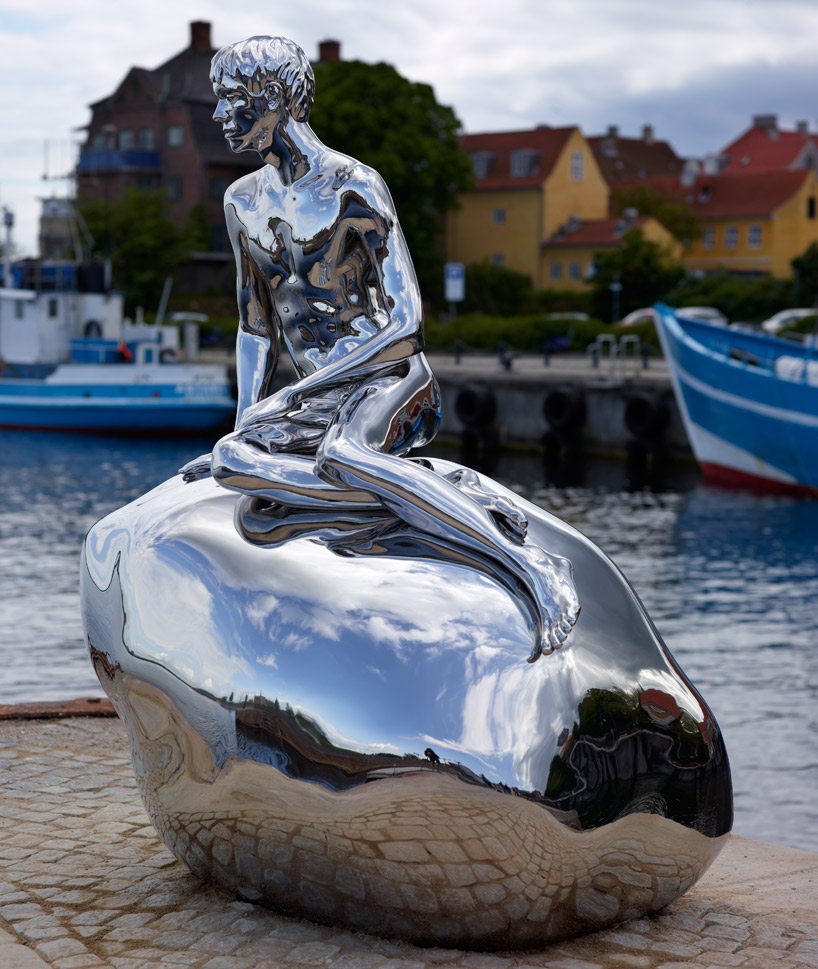 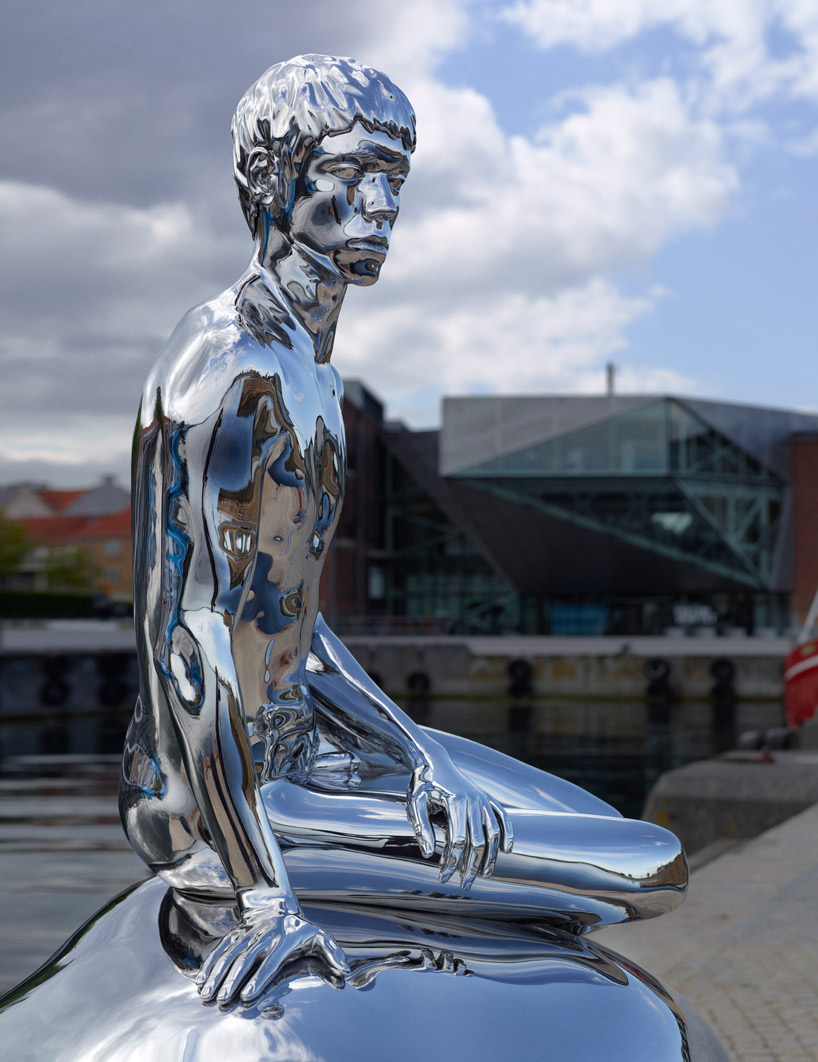