‘han’ by elmgreen & dragset, 2012 renderings by fred fröhlich all images courtesy the artists

the london and berlin-based art duo elmgreen & dragset have developed ‘han’, a male counterpart or response sculpture for elsinore, zealand, denmark’s bronze little mermaid piece in the harbor of this coastal city. the reconceptualization of denmark’s national icon from hans christian andersen’s short story is a permanent work featuring a boy on a stone that has been crafted in a pose and positioning mirroring that of the original mermaid sculpture while placed twenty eight miles to the south on the seaside. while the new piece has been cast from polished stainless steel, reflecting han’s surroundings upon his smooth, mirrored surface with all of the alterations and imperfections added by his body and perch. complementing the modern, shining and static form of the sculpture, elmgreen & dragset have added a hydraulic mechanism inside the work by which the eyes of ‘han’ will close for a moment only once every hour, as if endlessly in the process of waking up from his frozen state. ‘han’ was comissioned by the city of elsinore and the danish national arts council to rest in front of UNESCO world heritage site castle of kronborg.

watch out for designboom’s continued coverage of the piece following its june 2nd installation and unveiling. 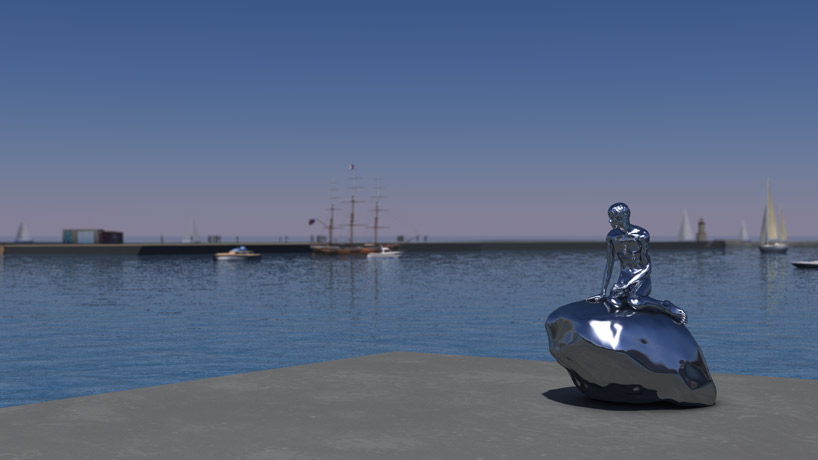 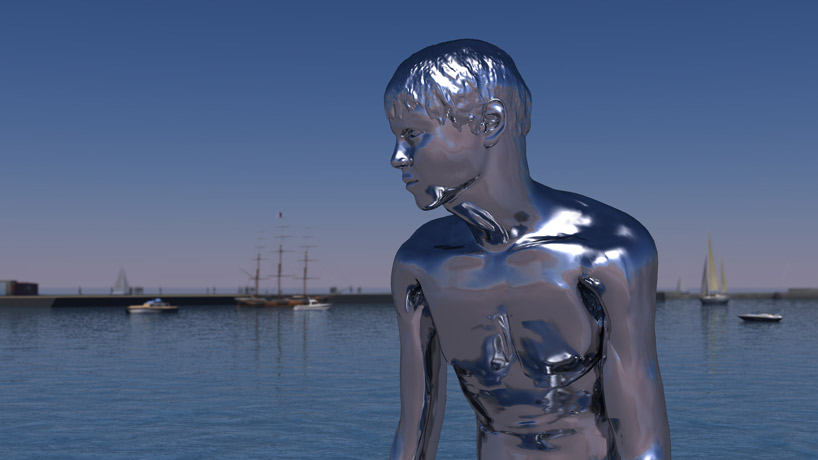 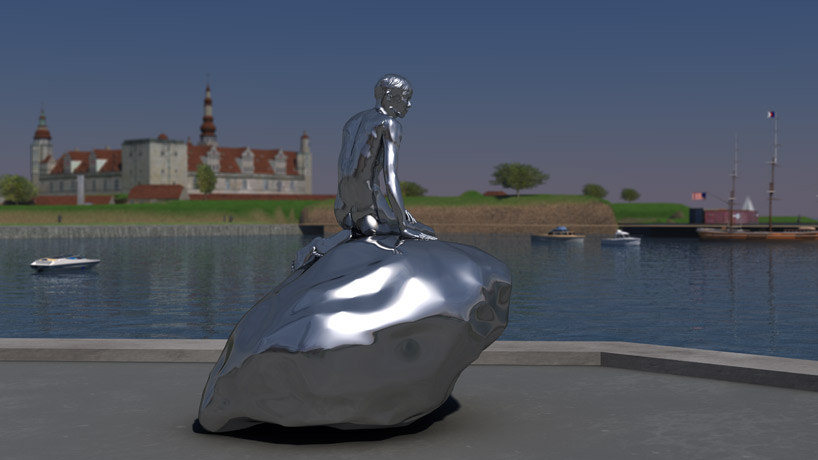 a back perspective of the work