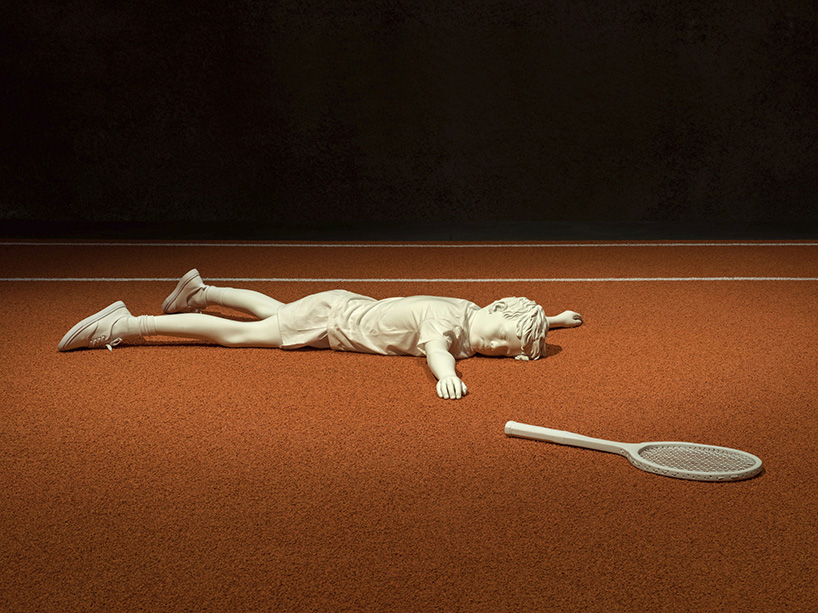 when entering the short story exhibition by elmgreen & dragset at könig galerie, visitors will encounter an almost full-size tennis court, slightly raised off the ground with three, white-lacquered bronze sculptures — two young tennis players and a man in a wheelchair — that stand still, as if they had frozen time to safeguard forever that precise moment. a net in the middle divides the two players, creating a sort of horizontal diptych, while the white lines on the orange-brown floor not only recall a tennis courts but also visually reminds us of the grid principles of modernism and the road markings that regulate our behavioral patterns within public space. 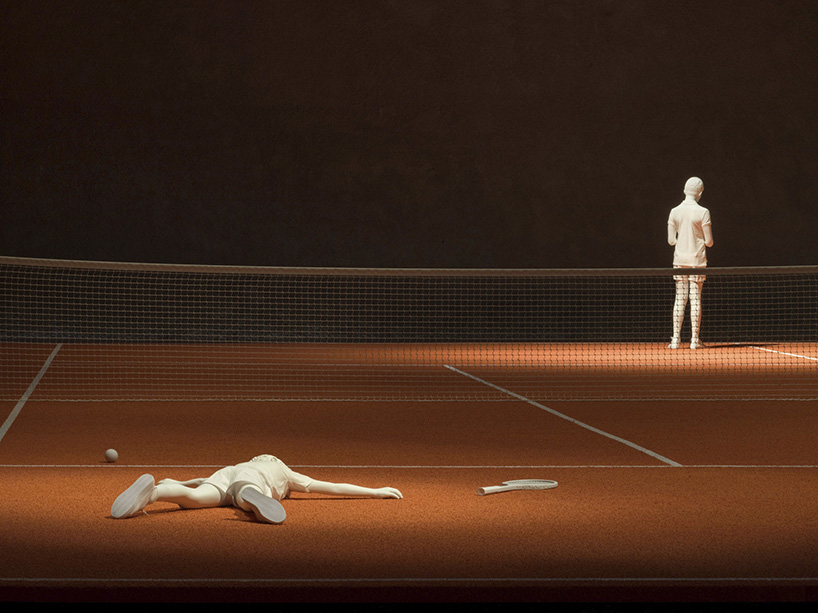 the scene, dimly lit, features a sort of dingy feeling. the figures of the boys have been placed diagonally at opposing ends, small and isolated on the large plane. their bodies and gazes are turned away from each other, showing the end of the game. one of them lies on the floor, with the racket next to him, showing the agony of defeat. the winner, even if holding the trophy, doesn’t show the thrill of victory. rather than joy, a discomfort seems to have arisen from the game for both players. the scene is a freeze-frame capturing the charged moment ensuing a defeat, where the audience, as onlookers, fulfill the narrative. was it a fair game? is it ever a fair game? 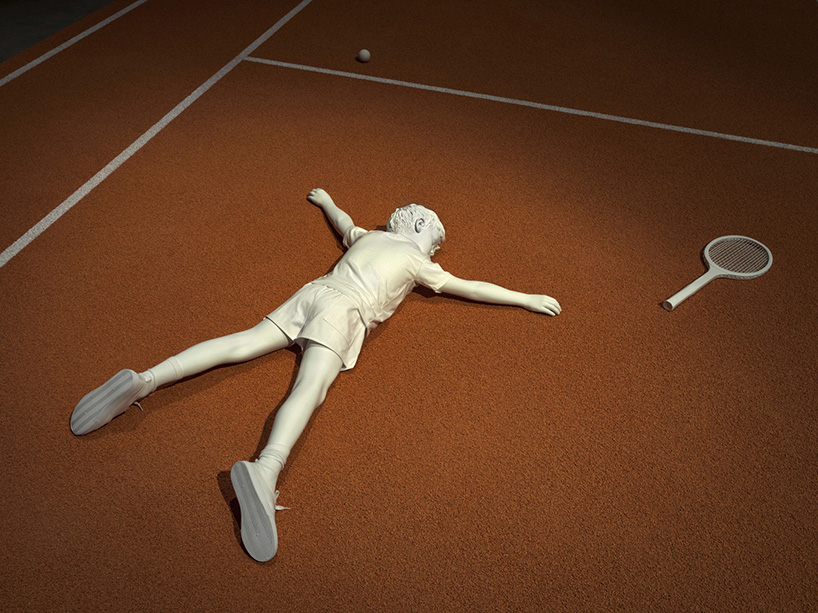 the third figure — a half-asleep man on a wheelchair — has been placed at the corner of the tennis court. with his eyelids closing, his interior world appears to grow larger than his exterior as he slowly withdraws from the surrounding reality. somehow it feels as if the tennis match between the boys is just a vision in his mind, a memory or a dream. whilst inviting contemplation on topics like individualism and competition, the scenario with its abrupt narratives, the ostensible collapse of time and the colliding realities in elmgreen & dragset’s short story provide us with the possibility of multiple readings. 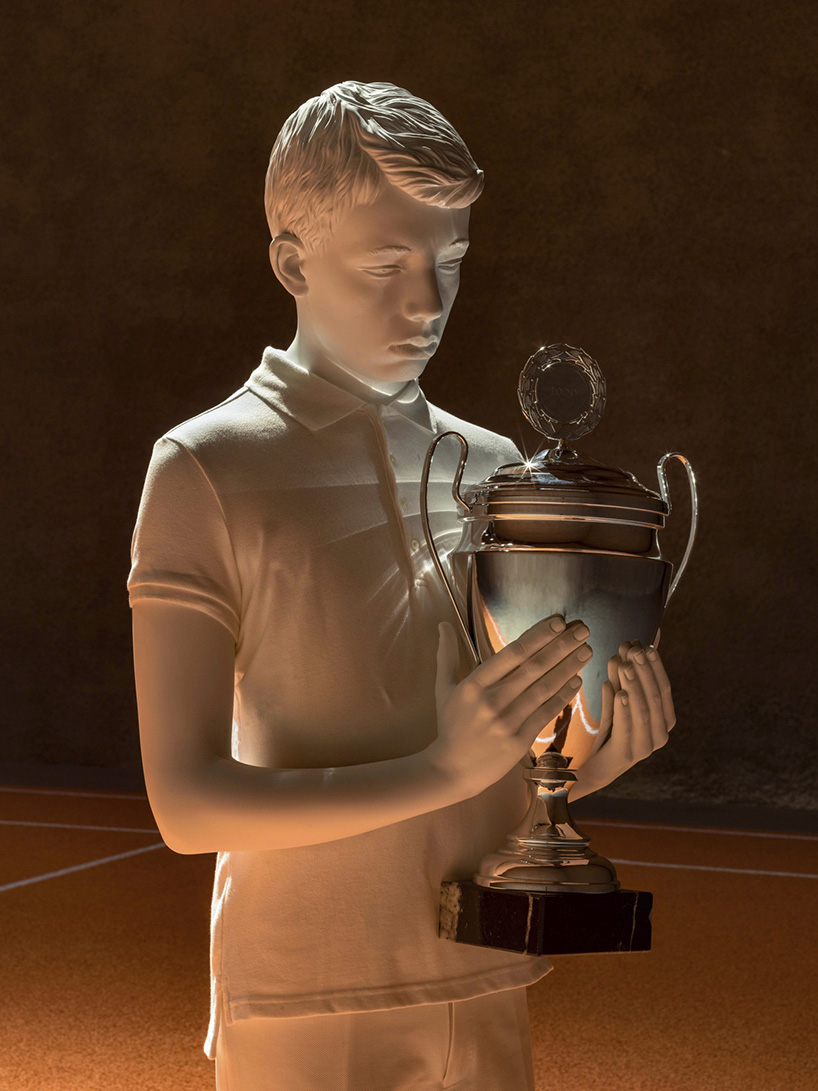 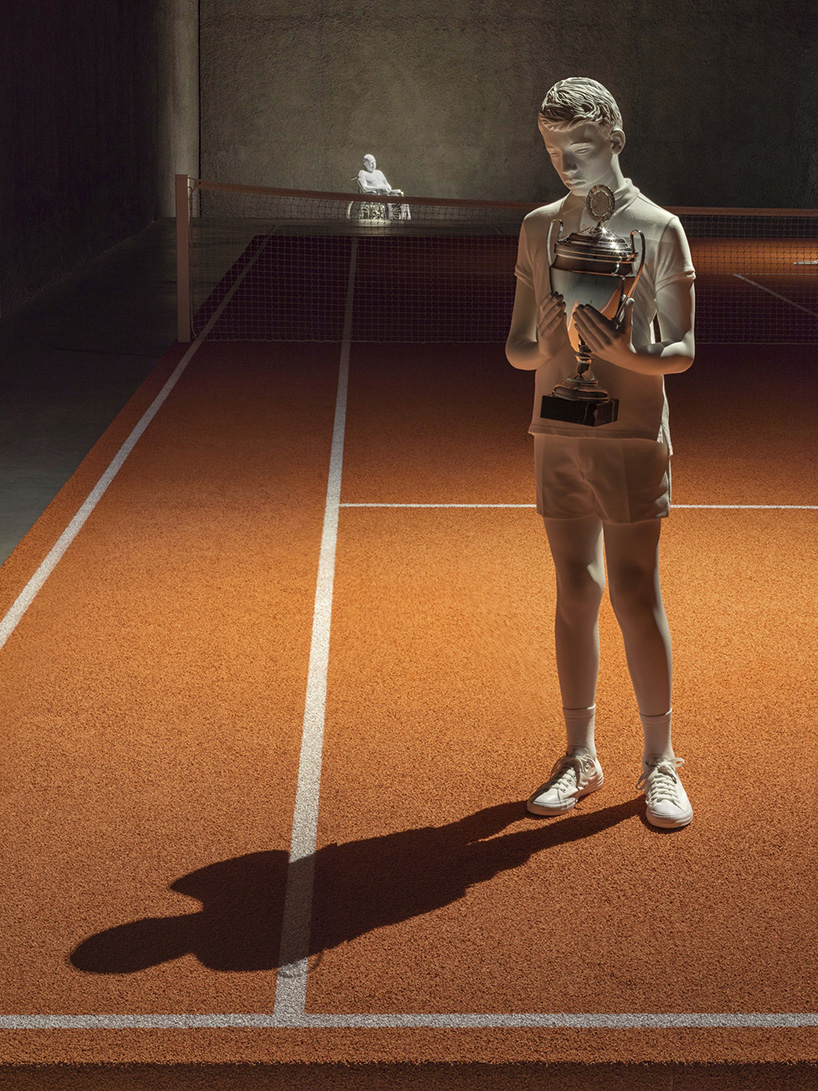 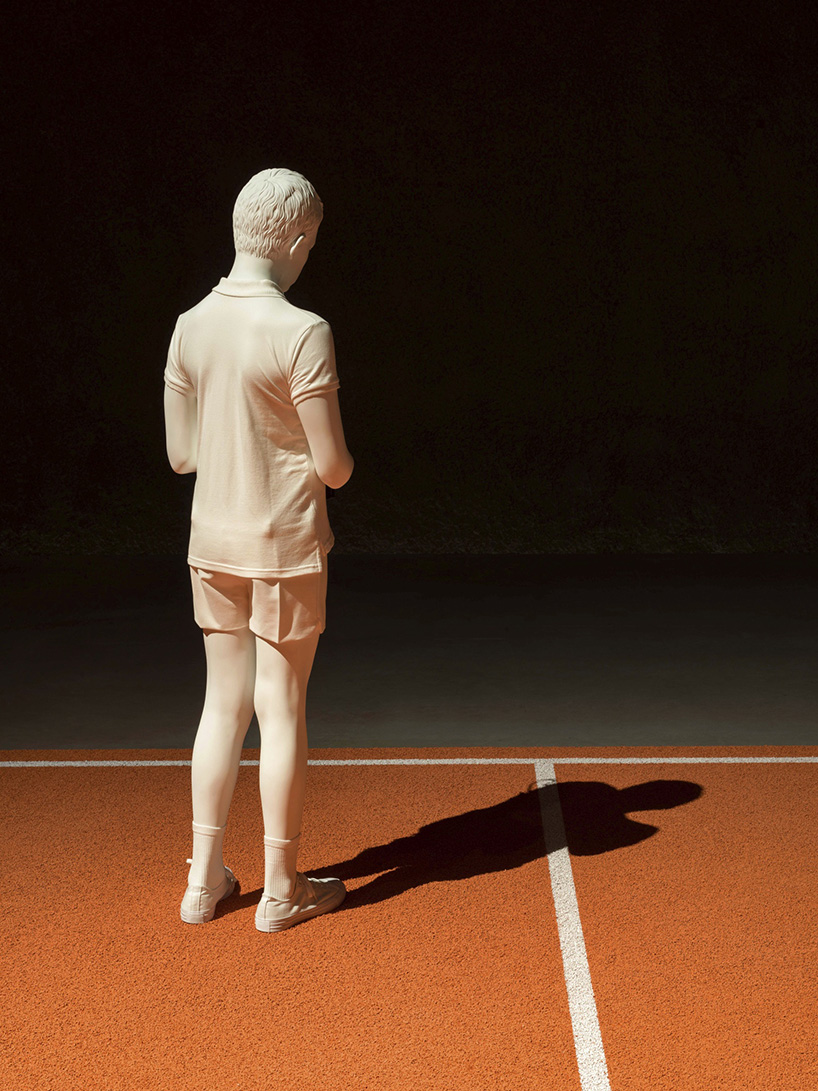 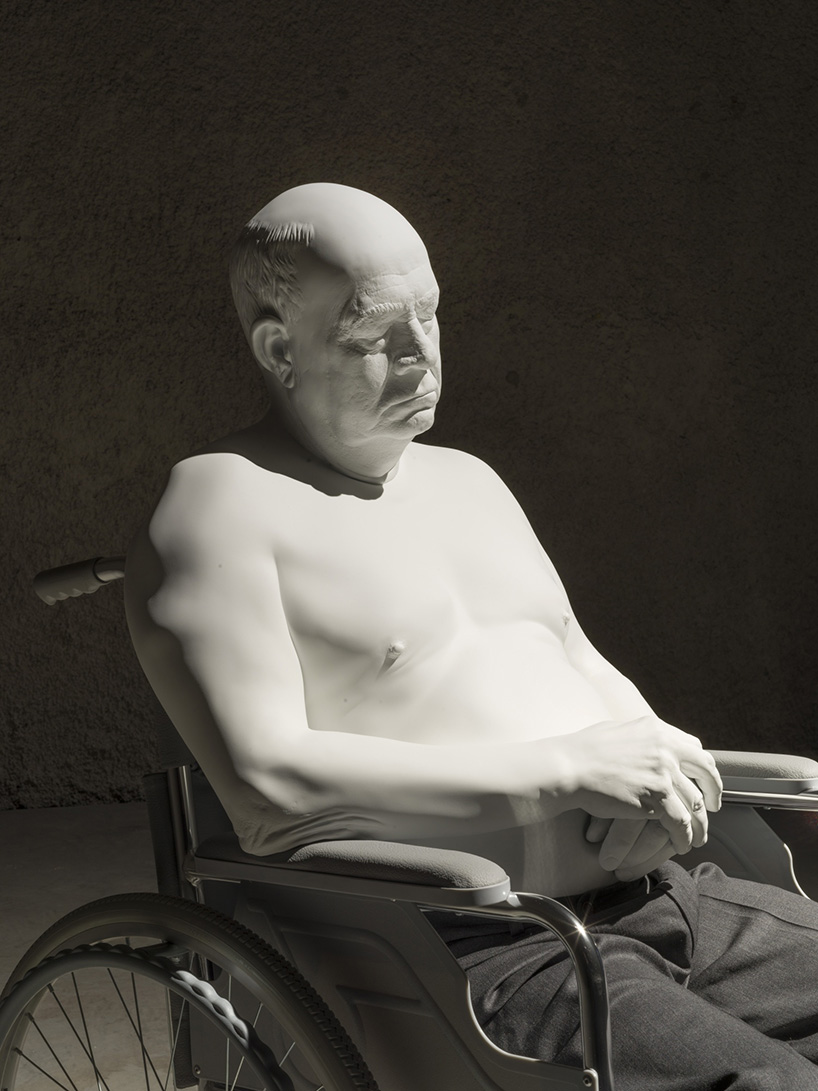 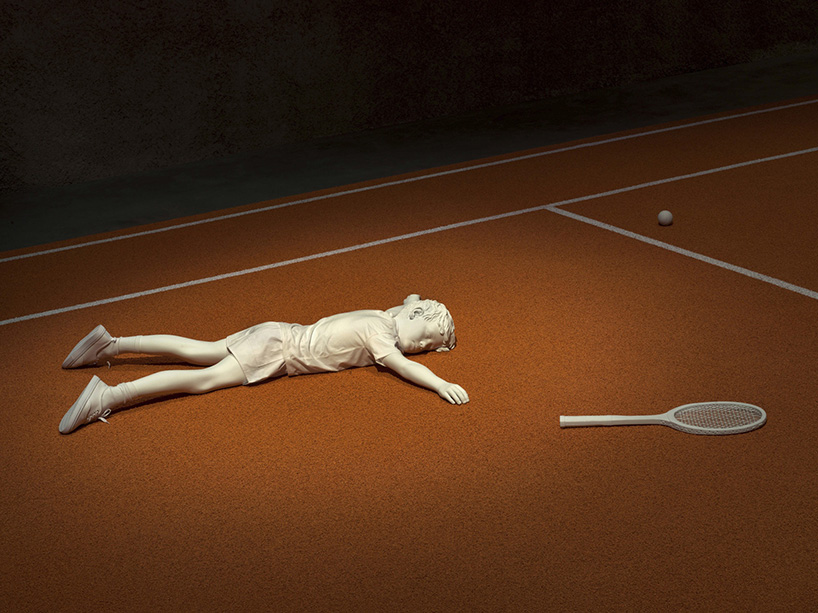 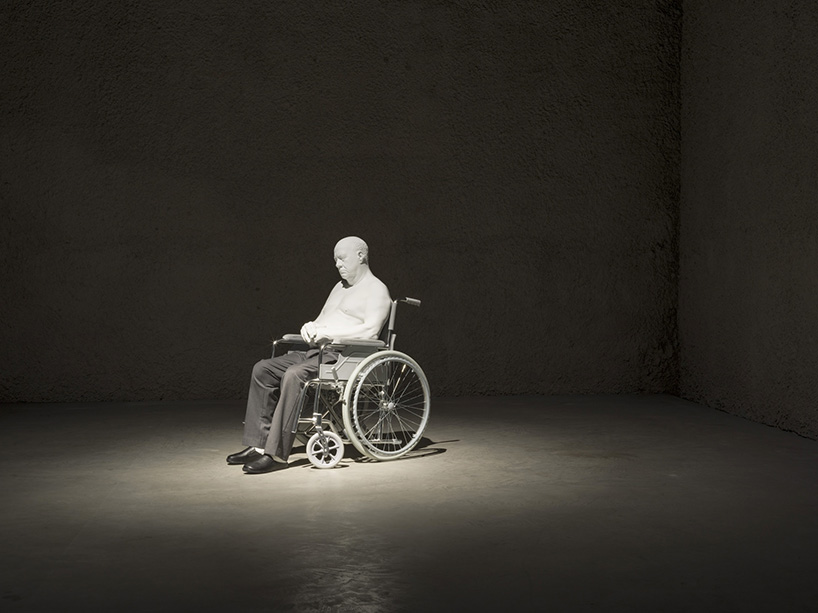 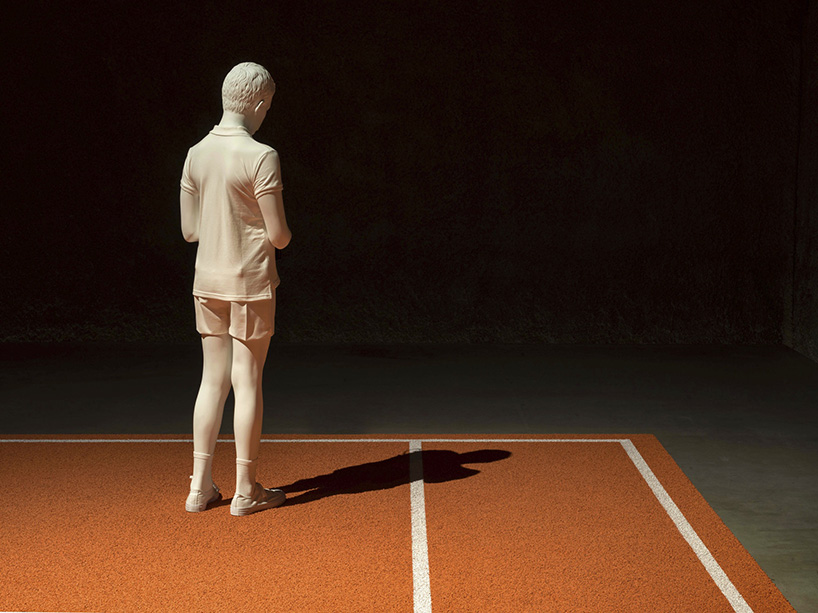 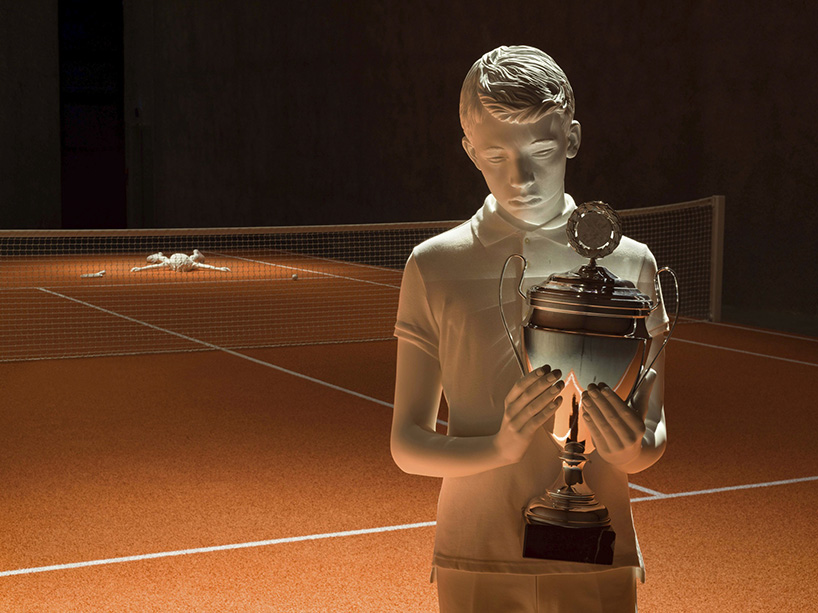