the story about the artist whose pet muse and ’emotional support peacock’ was banned from boarding a united airlines flight just got better. the decorated bird and fast-growing internet sensation has its own instagram. 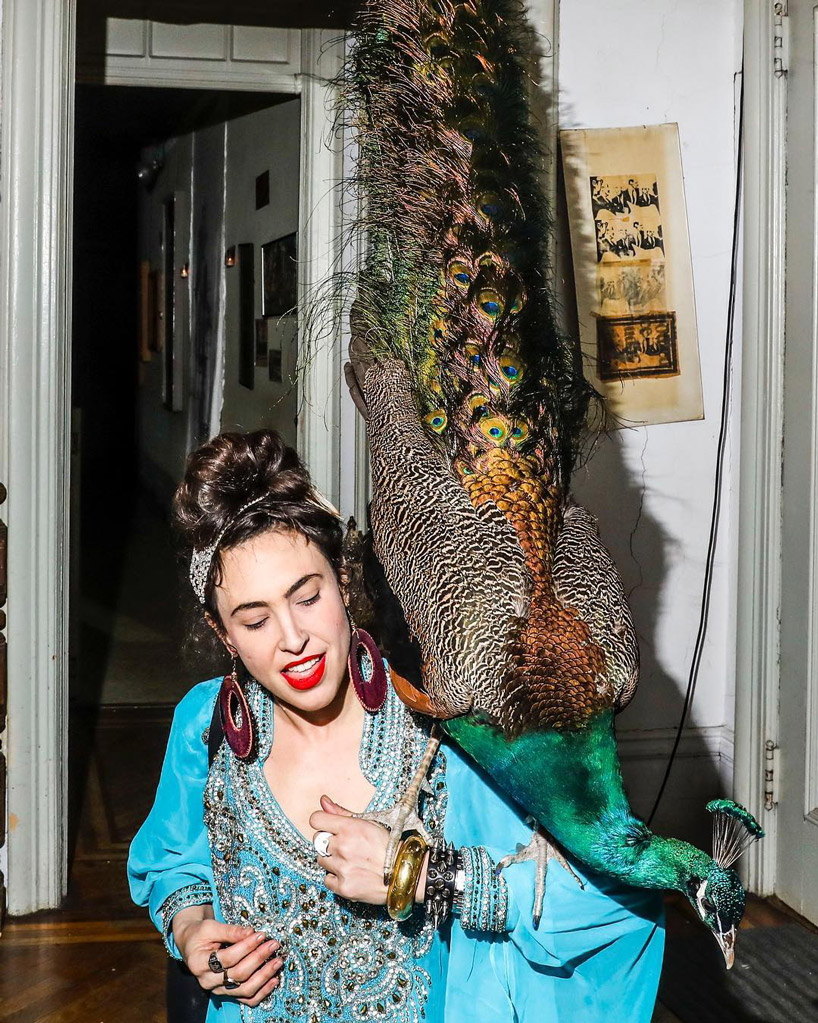 the ’emotional support’ peacock, AKA dexter the peacock, was denied entrance to a flight from newark airport on sunday, despite the fact that its female owner had bought him his own plane ticket. the airline based their decision on guidelines regarding the animals weight and size, as explained to the bush-wick based artist called ventiko before she arrived. images of the birds surfaced via the jet set in the same morning showing the bird as it waited to check-in.

based in brooklyn, dexter lives with ventiko who assumably looks after the birds instagram (note: she is affectionately called ‘mom’ in the captions). according to bushwick daily, dexter’s owner adopted dexter along his mate etta for a miami art installation back in 2015. after being donated to a local sanctuary and losing their offspring, ventiko brought dexter back to the big apple to live with her. now the pair are inseperable and by inseperable we mean long walks, sight seeing and nude photoshoots.

Aug 21, 2020
this dragonfly diffuser set balances on its beak while spreading gentle aromas