the little-known history of the little prince

this exhibition, entitled à la rencontre du petit prince (an encounter with the petit prince), brings together more than six-hundred works that celebrate the many facets of antoine de saint-exupéry’s extraordinary life as a writer, poet, aviator, explorer, journalist, inventor, and philosopher who was driven all his life by a humanistic ideal, the true driving force of his work. the show will be on view from february 17th through june 26th, 2022.

ahead of the opening, designboom spoke with musée des arts décoratifs curator anne monier vanryb at the morgan library in new york city. here, she explains some little-known history of le petit prince and the life of its author antoine de saint-exupéry — including his time spent living in new york city where the book was actually written. take a glimpse of the exhibition at musée des arts décoratifs (see more) and read the interview below: 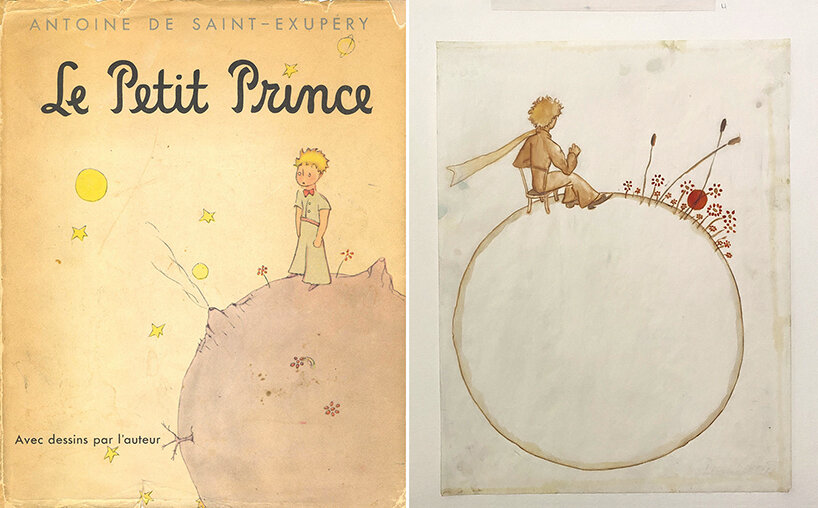 designboom (DB): could you explain the significance of the little prince in french culture?

anne monier vanryb (AMV): in france, it’s really a very important book — almost everyone has read the little prince. but people don’t know as much anymore who saint-exupéry was or what the little prince really means. a lot of people read it as children while some will read it for the first time as adults, even several times. each time you read it you can understand something different.

for most people, the little prince is a cultural milestone for everyone. I really thought that a lot of things were hidden behind this very famous status of the book and that there was a lot of room for an exhibition to explain things about saint-exupéry — who he was, what he experienced, and how all these things ended up in the little prince. 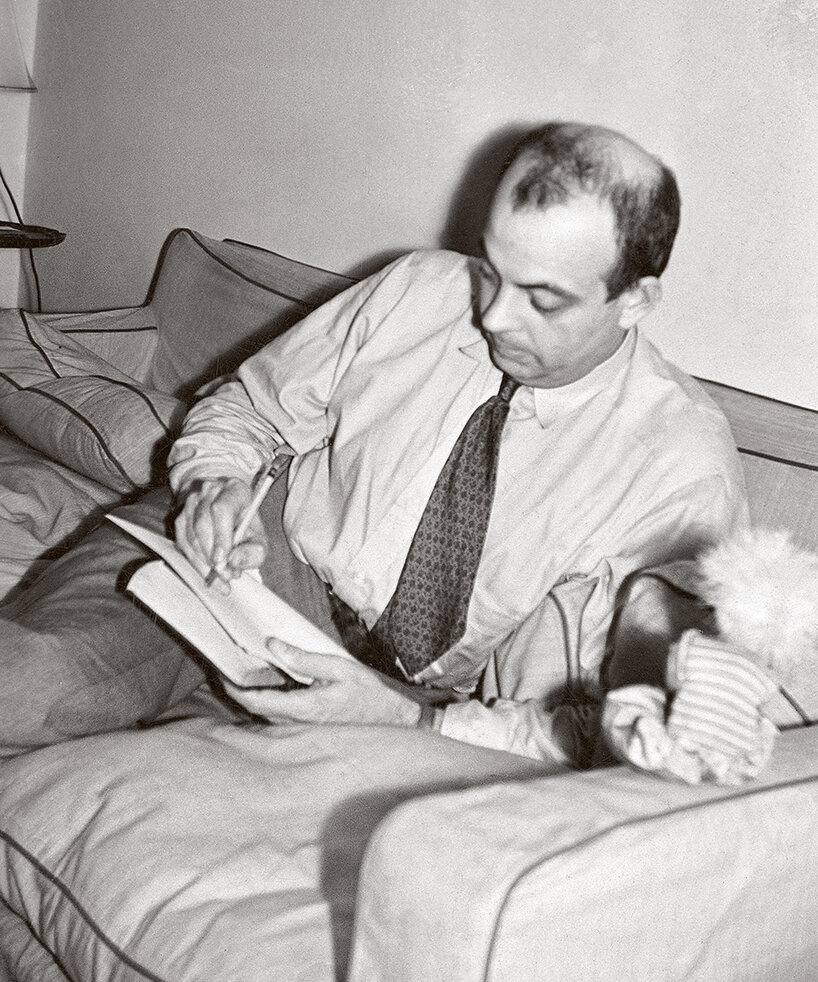 it was impregnated with a lot of ideas that saint-exupéry got in the U.S. there are things that are not in the published book anymore, but in the pages of the manuscript there are a lot of references to manhattan. he was really living in new york and put things from new york into the little prince.

so that’s really what I was aiming to do, to explain a little bit more about a book that is so famous but we don’t know a lot about. in french we say: ‘l’arbre qui cache la forêt,’ or that the ‘the tree hides the whole forest.’ it’s a little bit like that with the little prince. everyone knows it but doesn’t know much about it. in the show, there is a huge focus on saint-exupéry in the U.S., why he wrote it in the U.S., and what it means for french readers. 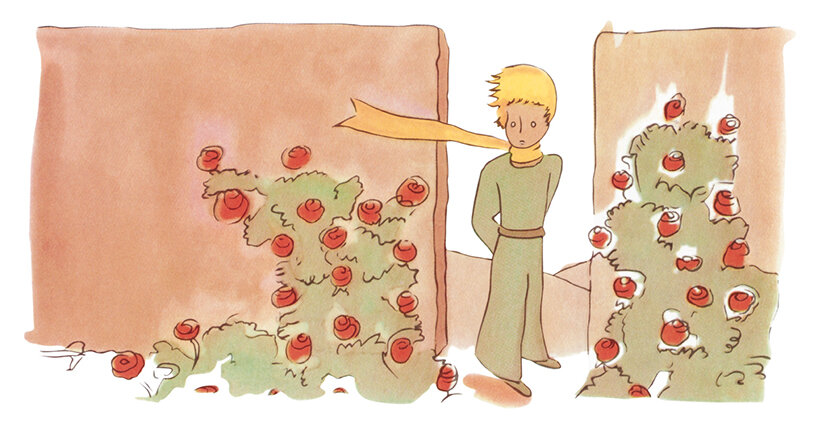 DB: the main character in the little prince learns many lessons throughout his journey — is there one lesson that you think is most important today?

AMV: that’s interesting — while I’ve never been a huge fan of reading the little prince as a love story, I’m really moved by the story of the rose. also the fact that it’s almost certain that it is saint-exupéry’s wife, but you can never be sure.

I think that the most important character is the fox. what the fox is trying to teach the little prince, you can read it as a child and understand one thing, but you can read it again when you’re twenty, forty, sixty — and you’re always going to find something new. I’ve been reading the little prince maybe every week for the past two years and the fox always tells me something different. 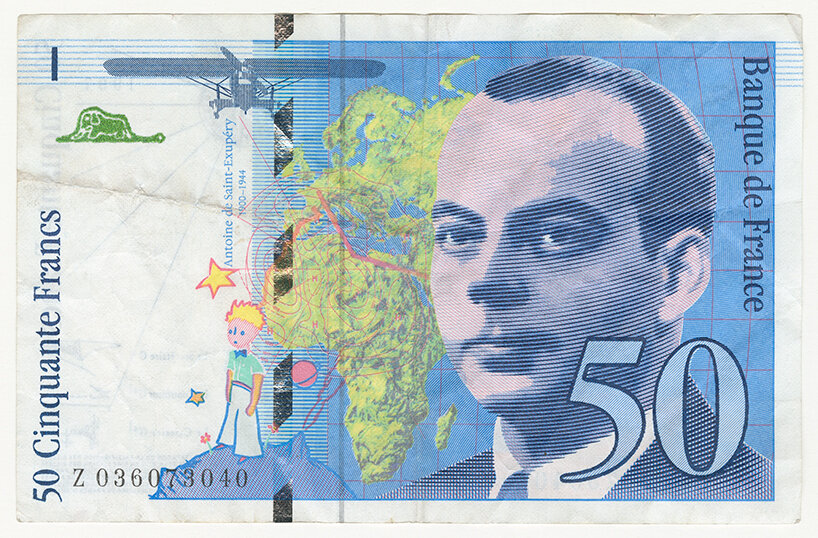 DB: saint-exupéry has noted that drawing helps to reconnect with childhood — can you describe the importance of drawing to his life and work?

AMV: saint-exupéry’s mother was a very good drawer, and she taught her children how to write. so he has always been writing. it’s very important because at the beginning of the little prince, the pilot says that he started drawing when he was six — with the snake eating the elephant — but he quickly stopped because he was not good enough.

it’s very easy to think that the pilot is saint-exupéry. but saint-exupéry has always carried on drawing in the letters that he wrote, in his manuscripts, when he was in the army in the 1920’s. so he has always been drawing. 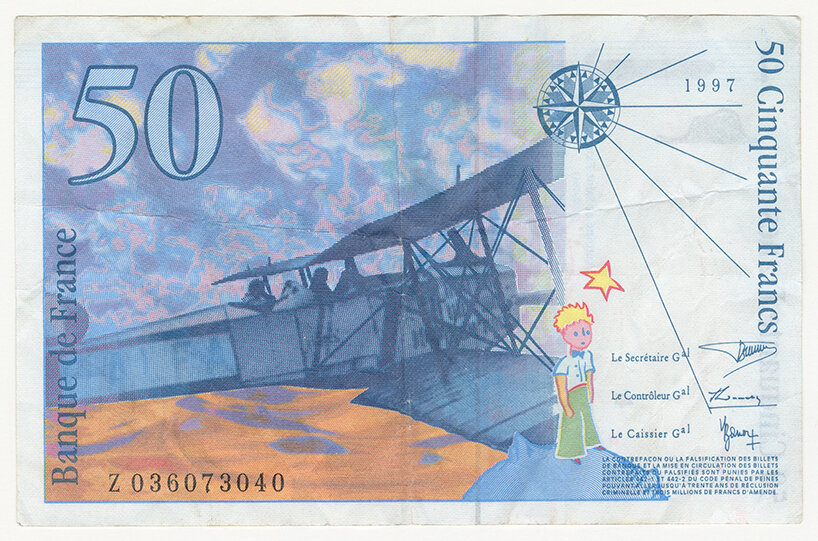 for him it’s like another language. sometimes when he’s writing a letter and he feels that the person he’s sending the letter to will not fully understand what he wanted to say, he’s drawing a little character who says, ‘I’m very skeptical’ or ‘I’m very sad.’ something like a comic book. so this is kind of another language that can underline the words that he is trying to say.

it’s also very important because in the 20’s and 30’s, all the french writers were completely obsessed with misunderstanding, and how words can be misleading. they always tried to ensure that their language was as clear as possible.

so saint-exupéry sees drawing as a way to connect with childhood but also as a way to dodge this problem of miscommunication. for him language is about both words and drawings — and that’s going to show at the exhibition. 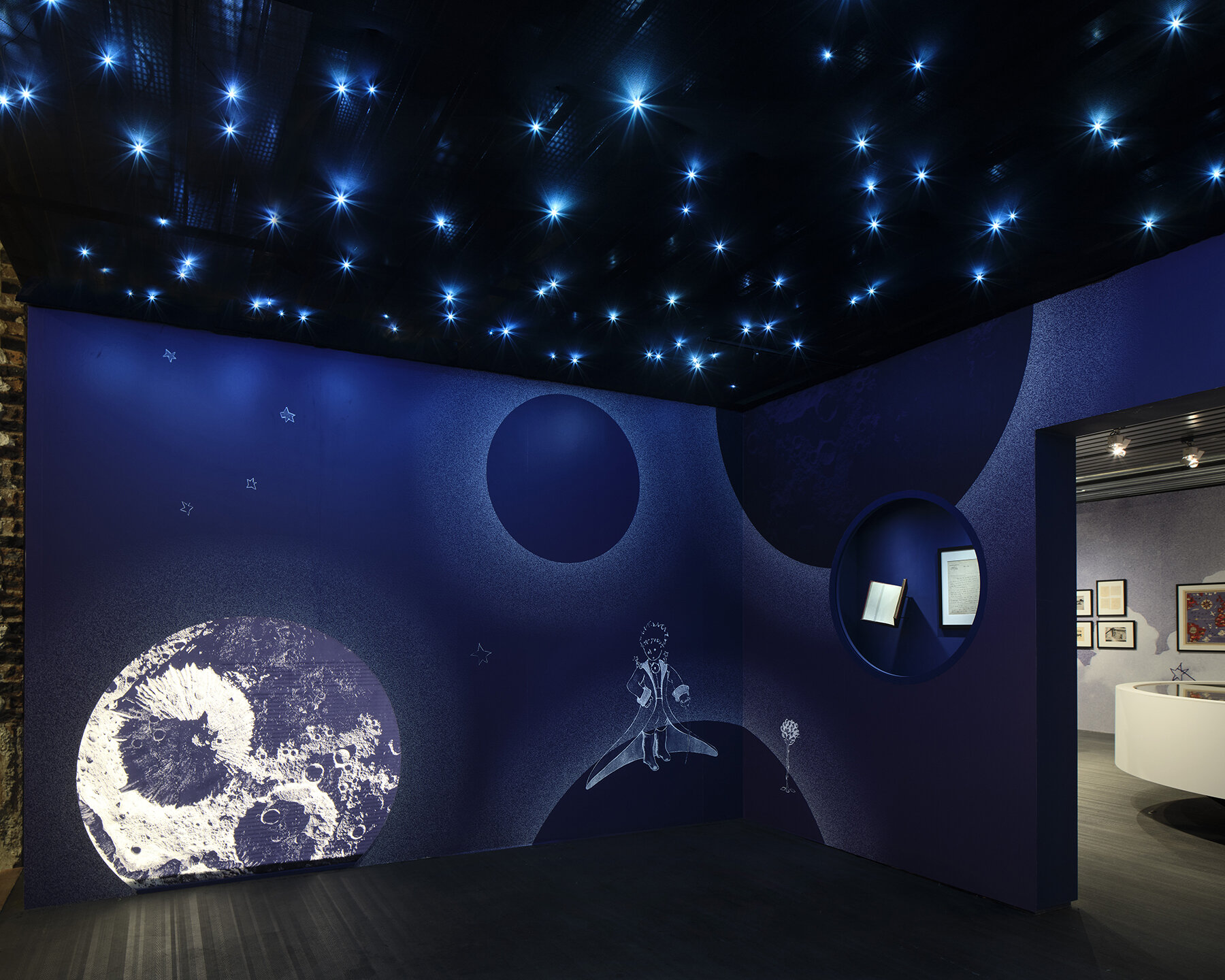 DB: if you could speculate, what would be saint-exupéry’s favorite development of the 21st century, or something he would be most critical of today?

AMV: in his last letters he writes to a friend saying, ‘I’m probably going to die, but I can’t imagine living in the society of the future,’ mentioning robots and so on. I think he would be very critical of this society driven by mass-consumption, and the loss of poetry in the world. I think he would have been very disappointed that society has gone too far into capitalism. 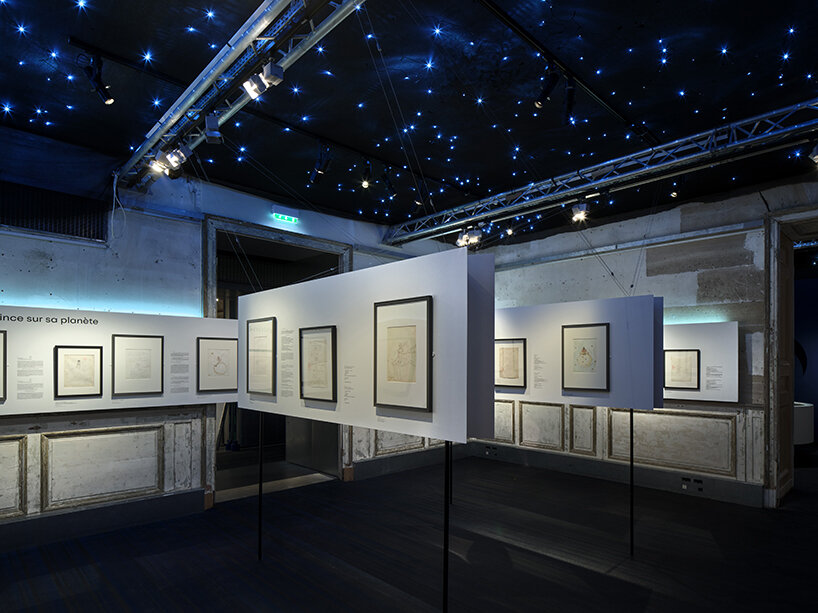 but I also think that he would have been completely thrilled with its technological progress. first of all, everything about flying — he really did believe that flying should be something for all people to access, and that people should be able to travel faster.

he would be very glad to see that a lot of people are able to travel, much more than when he was alive. I don’t know what he would have thought of internet. that’s also maybe too much communication, again, miscommunication was a big issue with the world for him.

I think if he had been alive, maybe society would be very different. I can really imagine him playing a really important role in french life after the war. maybe he would have even been president. I think the world would not have been the same if he was still alive. 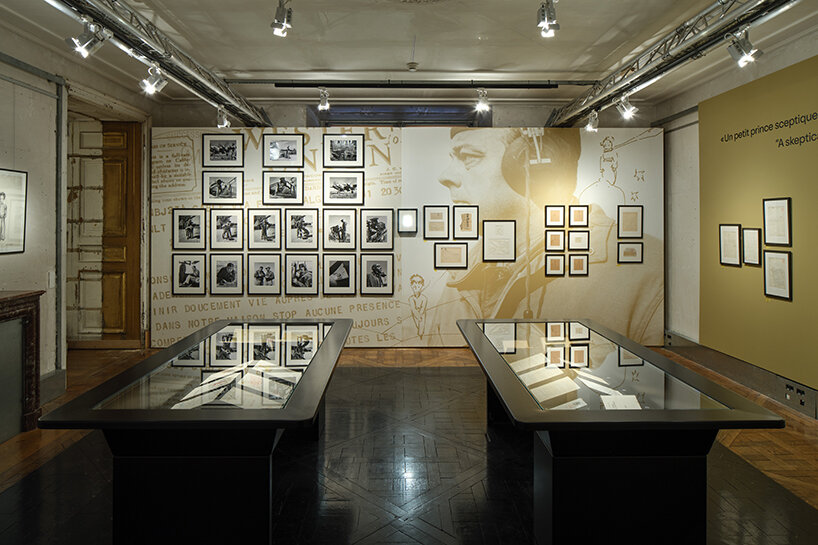 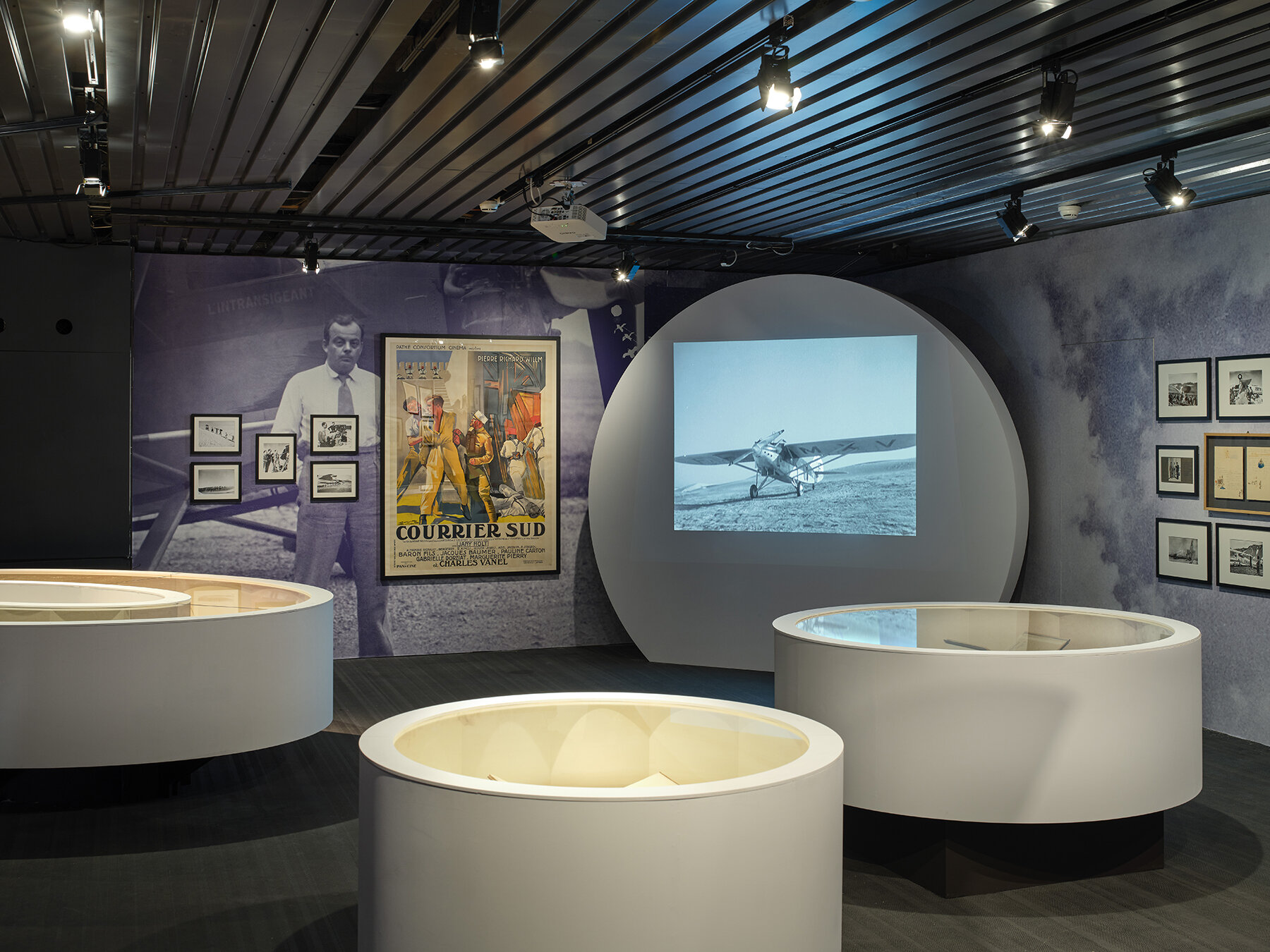 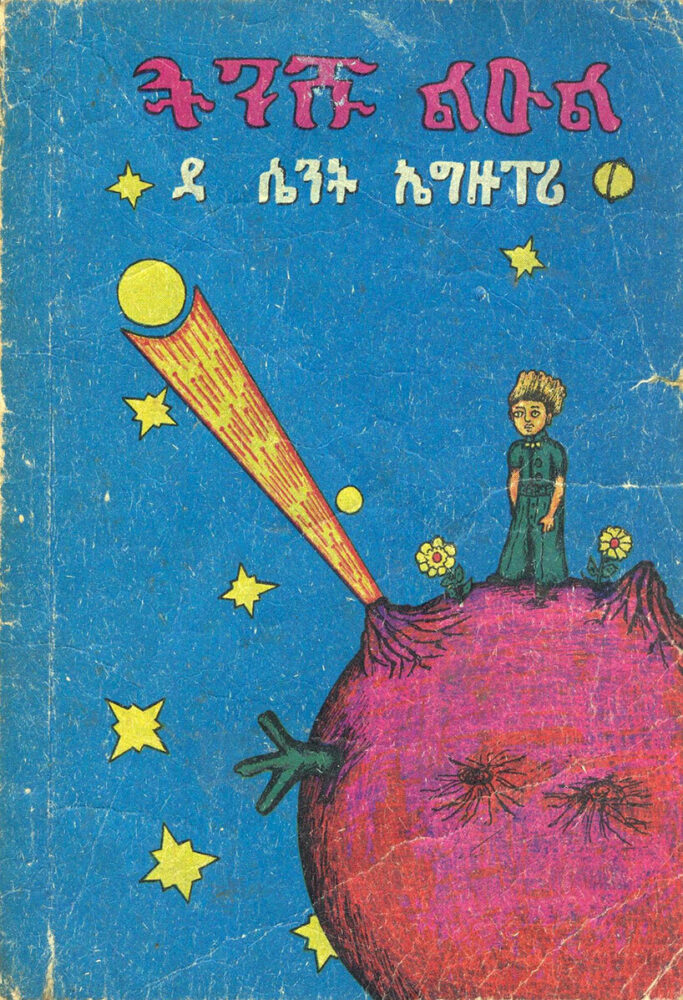 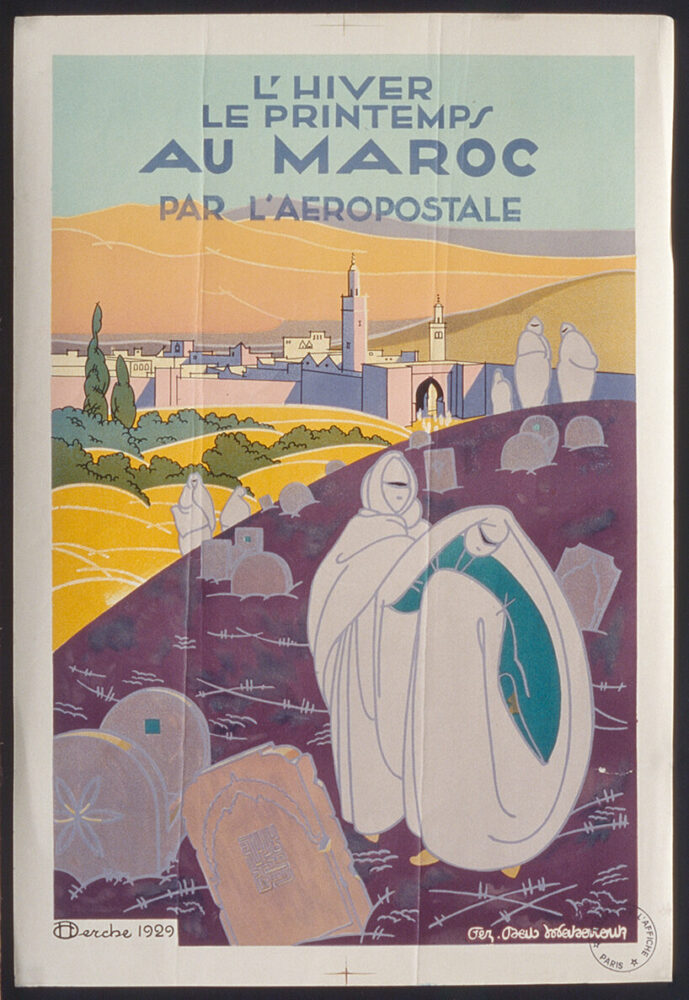 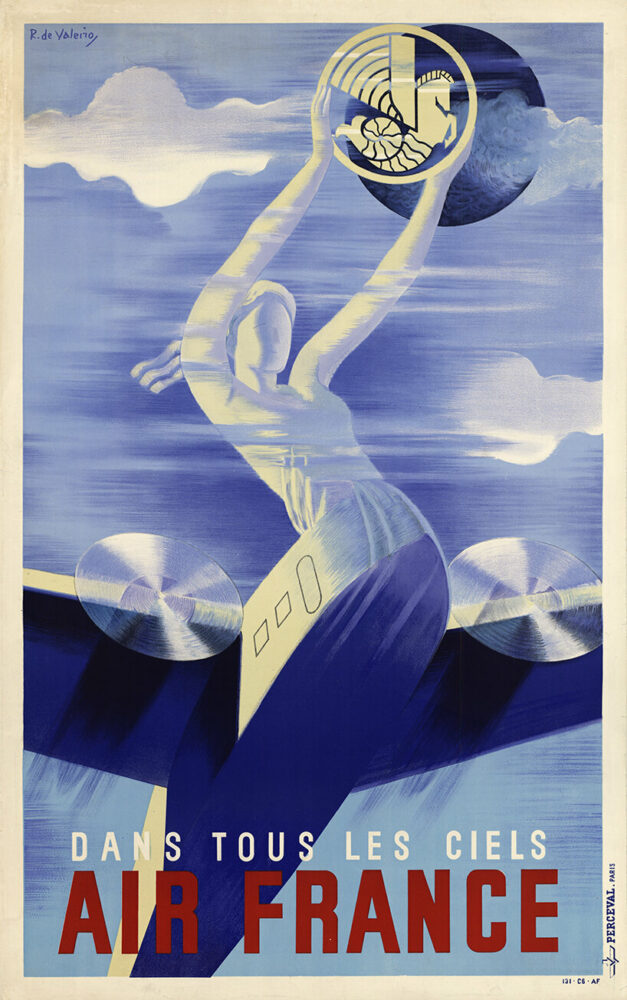 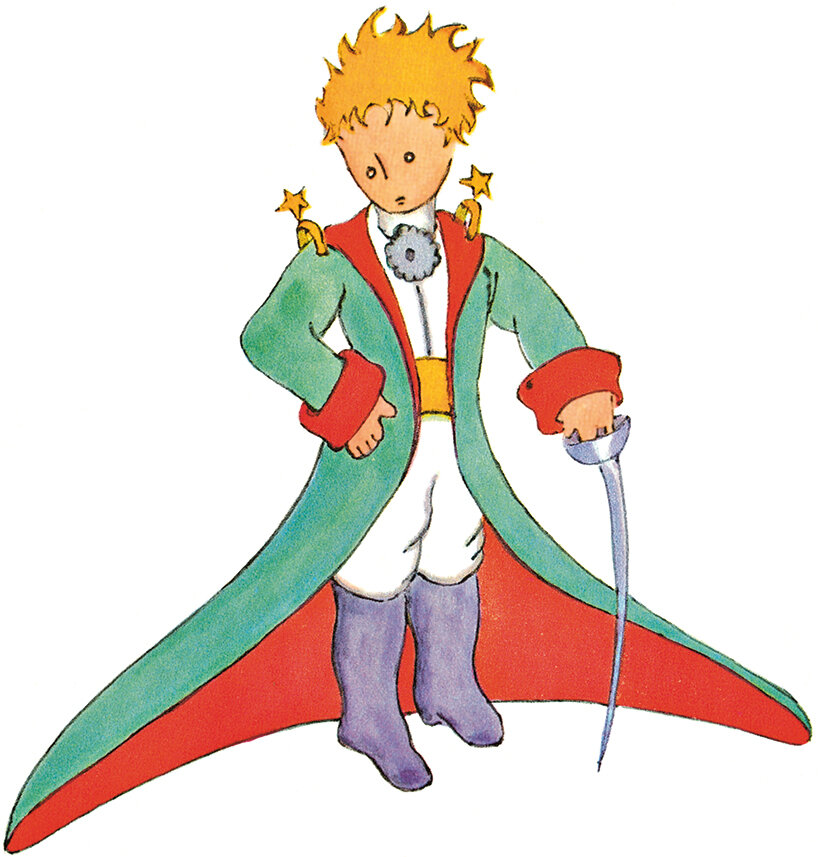 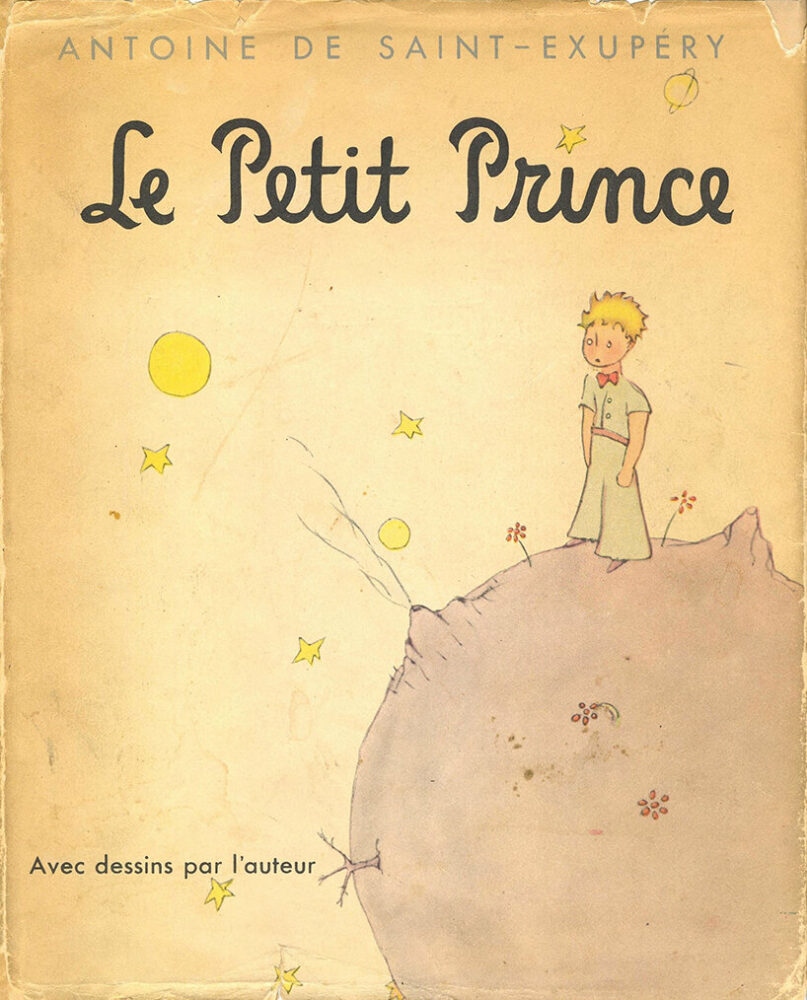 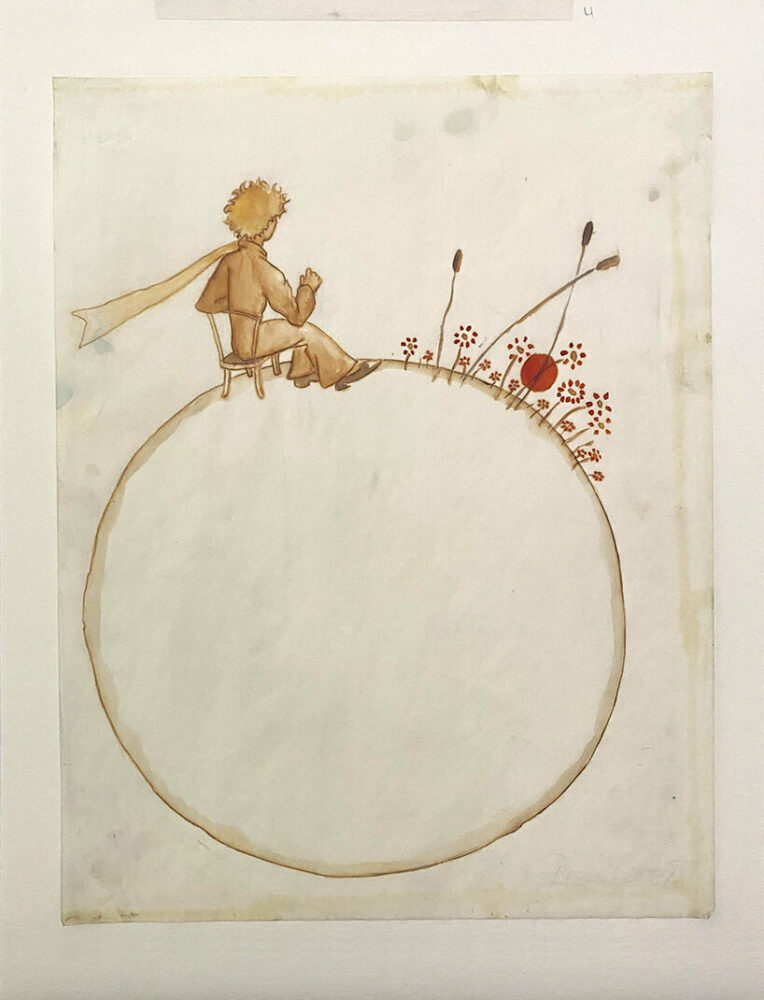 antoine de saint- exupéry -- the little prince sitting on his asteroid, in front of a flowerbed © fondation JMP for LPP 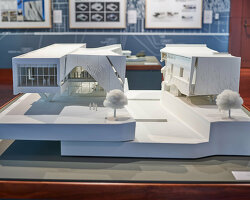