responding to recent tragedies in the united states that resulted from gun violence, american artist greg bokor is using his creative talents to make a statement and encourage conversation about a disturbing social issue. ‘erase’ is an interactive art piece, an entry for artprize 2013, that will have viewers physically erase a 6m x 2.5m drawing of an AR-15 assault rifle. the highly detailed illustration is done entirely in graphite pencil, and currently at 80% completed, has taken bokor approximately 300 hours to render. the large-scale piece will be installed adjacent to an enormous stack of erasers, each bearing the name and age of a young victim of gun violence.

visitors will be encouraged to pick up and physically remove a portion of the drawing — the participant in the exposition symbolically makes his or her statement on the issue of gun safety by helping to create the final form of the artwork: an erased drawing of an assault rifle. interaction with the art piece, and the erasing of the drawing will be documented through a time-lapsed video. 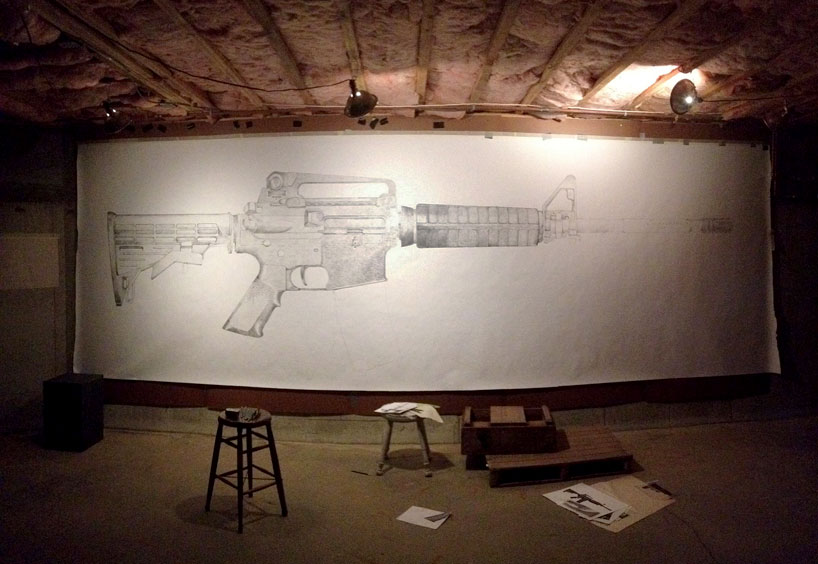 the drawing of the weapon, almost completed

recent gun violence in aurora, colorado and newtown, connecticut yielded devastating fatalities which sparked a nationwide exchange about what can be done to prevent these tragic occurrences from becoming a regular reality. regardless of personal opinions regarding gun control and laws, bokor’s art movement surfaces these issues creatively and peacefully, and hopes his work can be both a memorial to victims and a catalyst for contemplation. 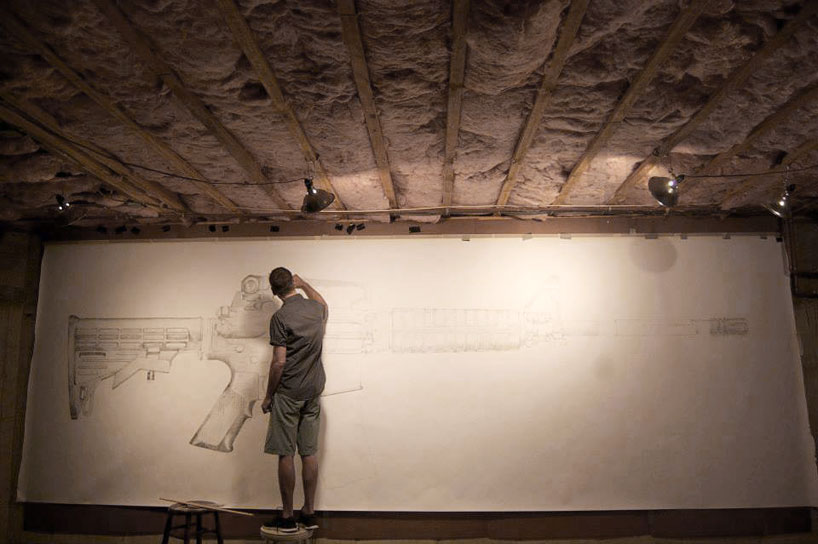 the artist told forbes, ‘this whole thing started after newtown. I had to do something about it. something. anything. I figured I am an art director in advertising, so I should at least tap into those talents. then I came up with this idea. it has become my obsession.’ 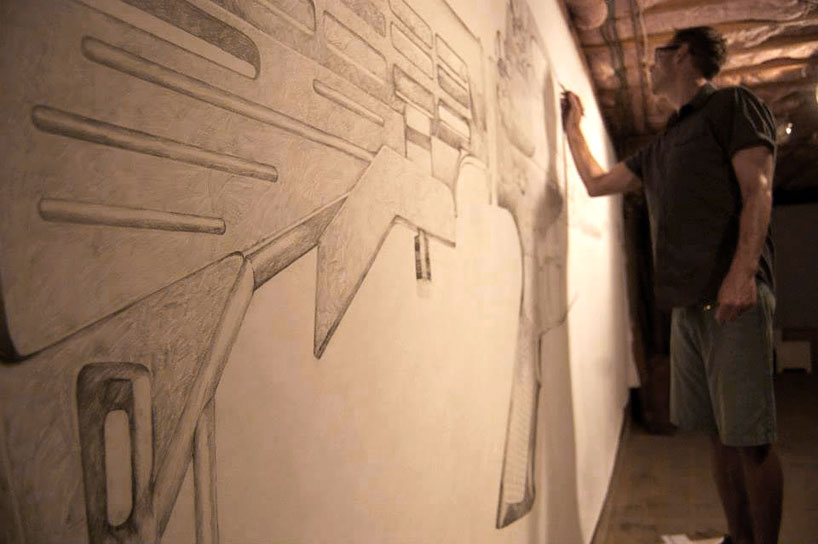 drawing the 6m x 2.5m assault weapon on the canvas 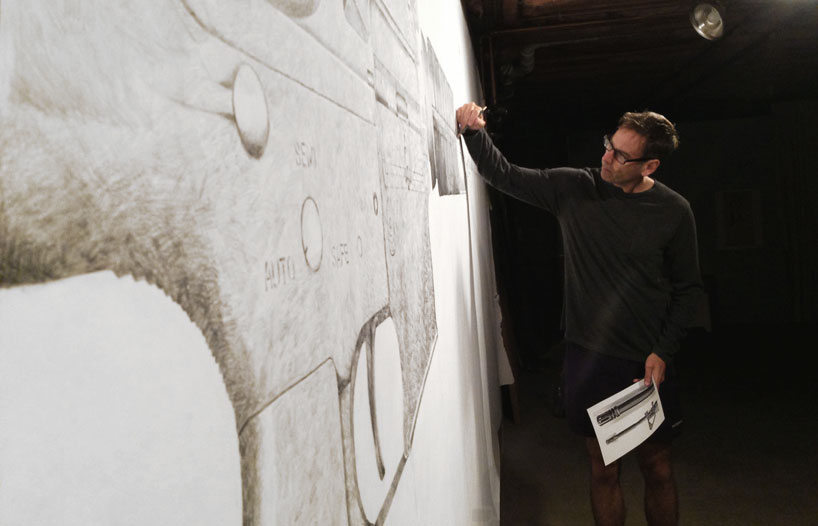 bokor adds details to the piece 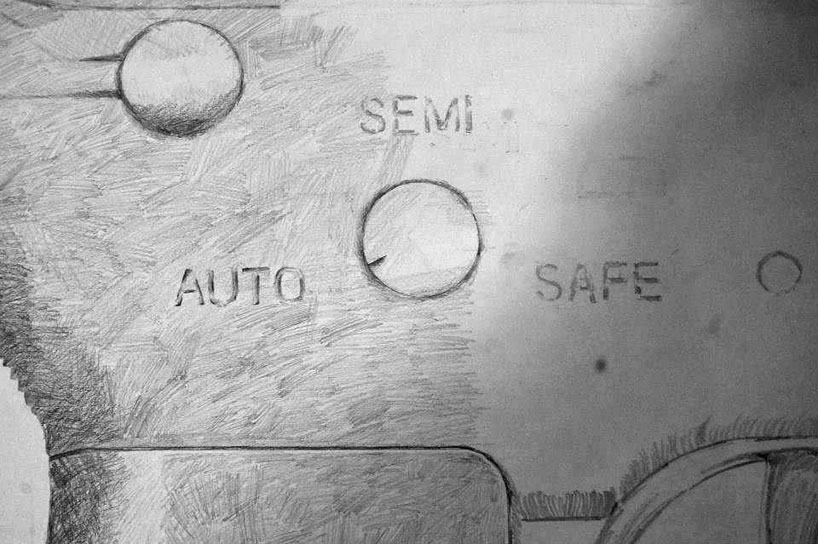 using only a graphite pencil, the illustration is highly detailed

the drawing will be placed next to a stack of erasers 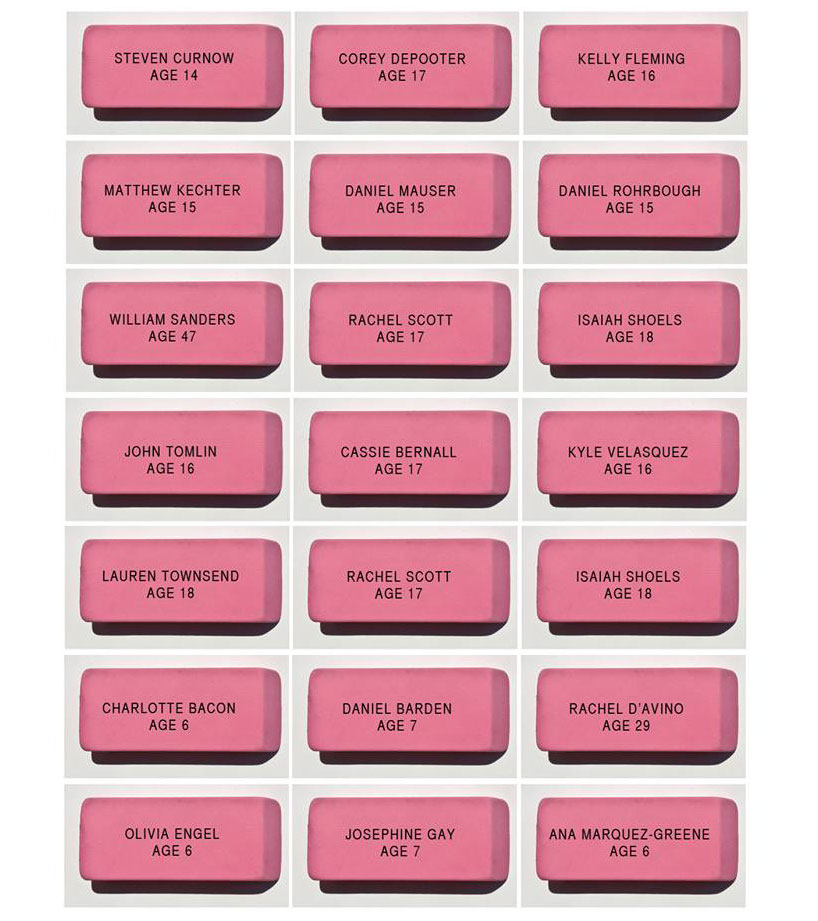