the work of vancouver-based painter eric louie creates vibrant compositions that depict organic elements in a state of flux. the final result is a series of paintings that appear almost ‘3D’, like kaleidoscopic mobiles that have been brought to life. 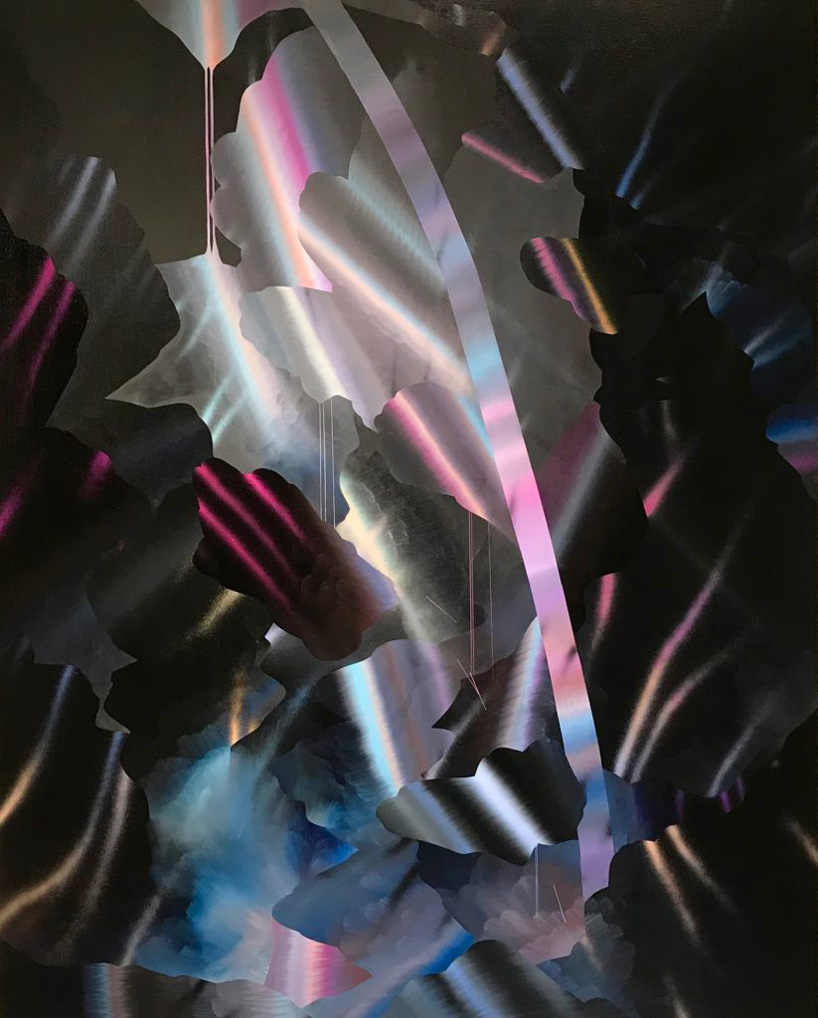 through his abstractions louie explores concepts of space and spatial illusion. shapes are scattered in the air like autonomous objects trying to break away from tethers represented by thin lines of dripping paint. these forms are layered one over the other, shaded in various iridescent patterns to help capture a sense of energy. 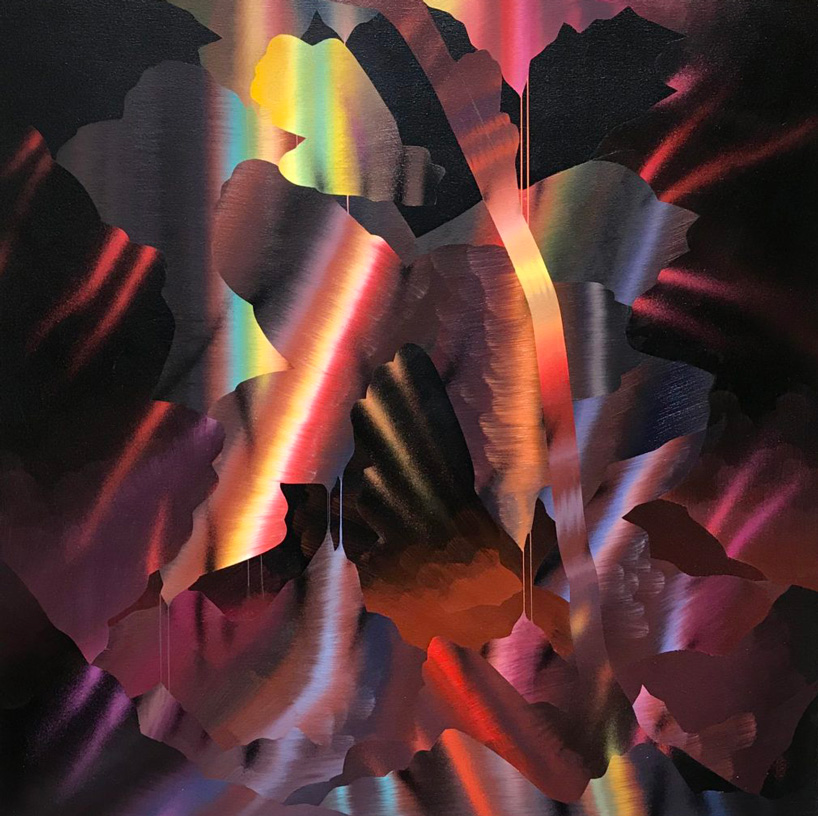 ‘I’m interested in creating events that both acknowledge and deny spatial illusion simultaneously‘, eric louie explains. ‘the paintings have a pictorial emphasis for the most part… they tend to be mind paintings but also allude to landscape, still life and portraiture.’ 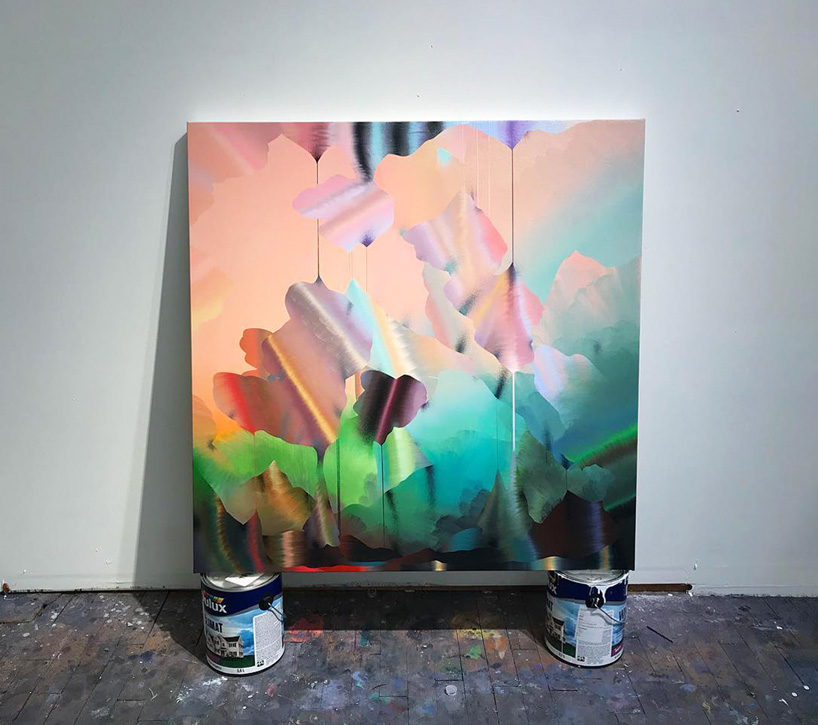 his artworks are entirely spontaneous. louie does not plan a particular composition but instead he invents forms as he goes, some of which survive until the end, whilst others are lost in the continuous layering of thin glazes of paint. 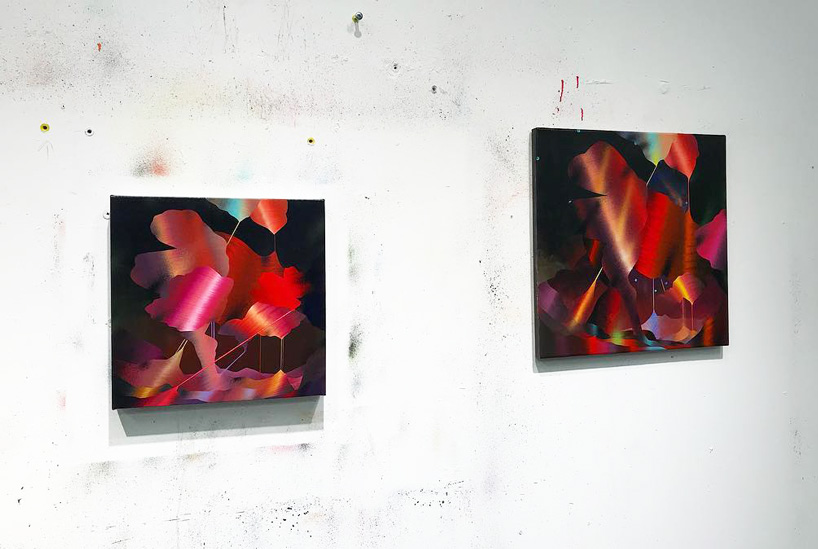 ‘the objects within the paintings tend to be unique shying away from pattern or repetition‘, he continues. ‘many, especially in this recent body of work, meld organic and geometric elements. I have found that this development takes the work in two directions. on one level to point towards the idea but not define the works as autonomous art objects. on another, to perhaps talk about this type of interaction of forms, their tension and broader meaning.‘ 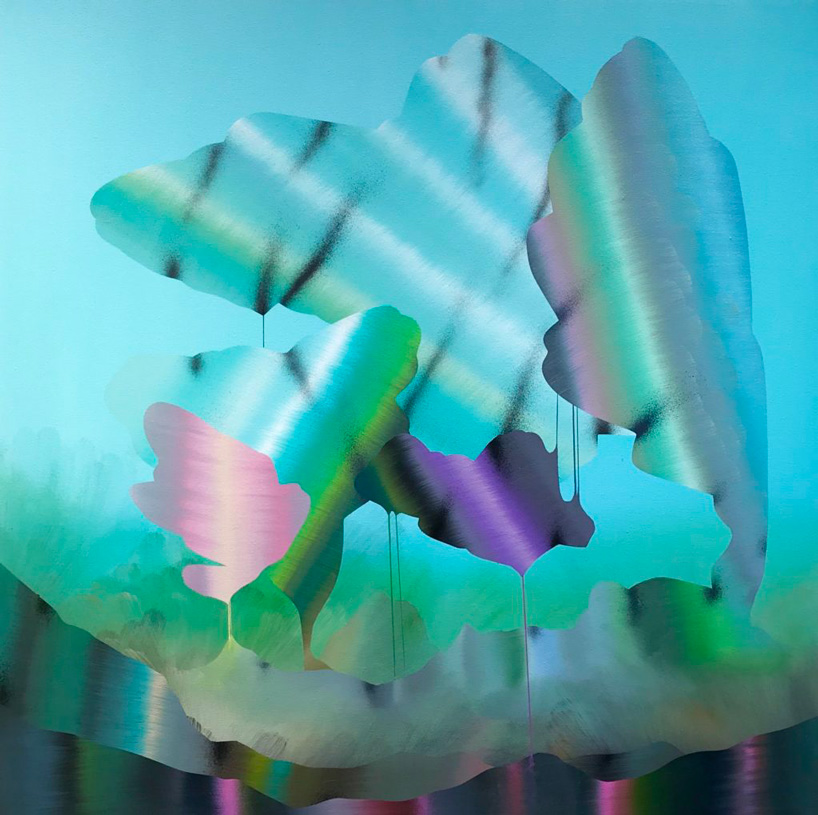 a selection of works by eric louie is currently on display at bau-xi gallery in vancouver. the exhibition titled ‘awakening‘ runs from april 4 – april 20.