pinched using a vast amount of spiky pins, intimate women’s garments and several pairs of shoes are transformed to look like luxury items in polish artist, erwina ziomkowska‘s ‘wardrobe’ collection. the radical surface treatment causes the objects to change from their original forms, which from afar gives a different impression from what’s really going on underneath. one only has to come closer to see that the luxurious look is only an illusion – that the internal part of the material is covered with a shiny armor of spines. the nature of this perversion is based on contrasting and extreme possibilities of interpretation, drifting between victim and pleasure, feminism and spirituality. 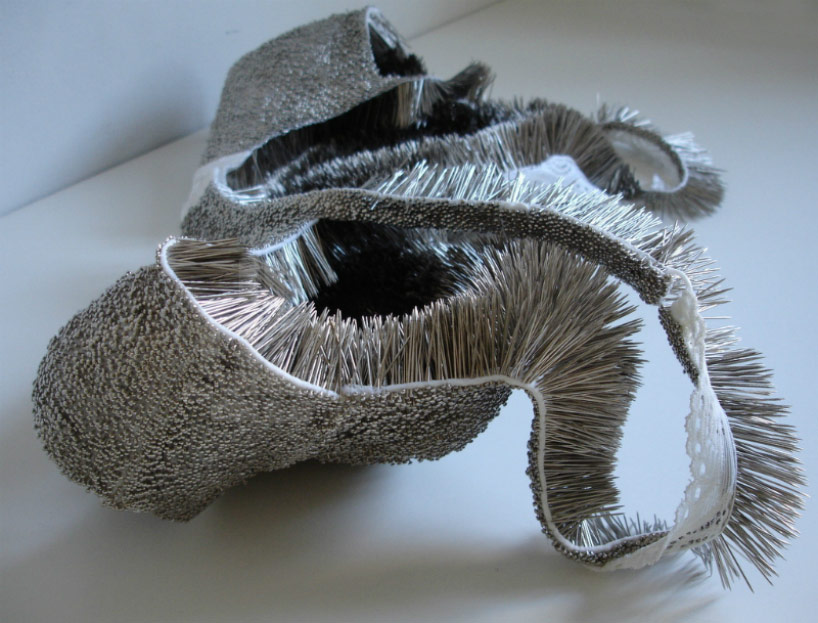 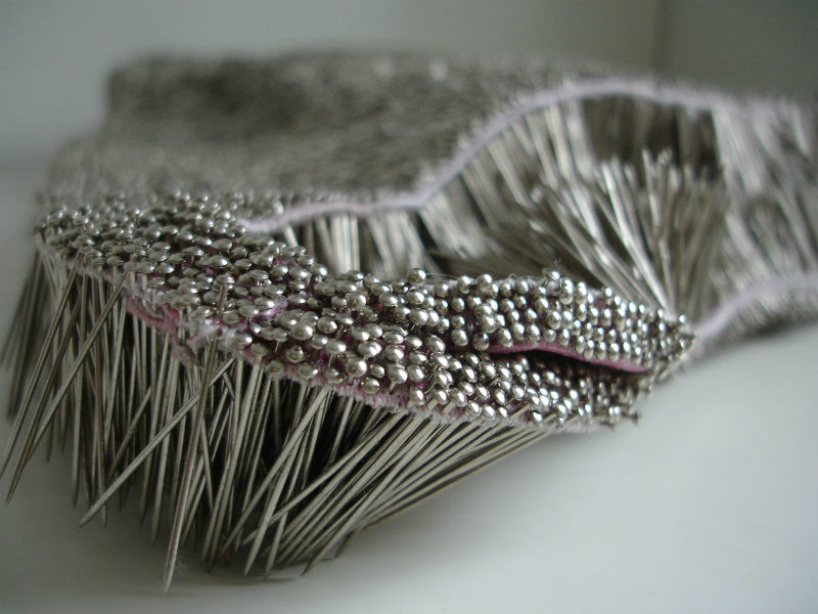 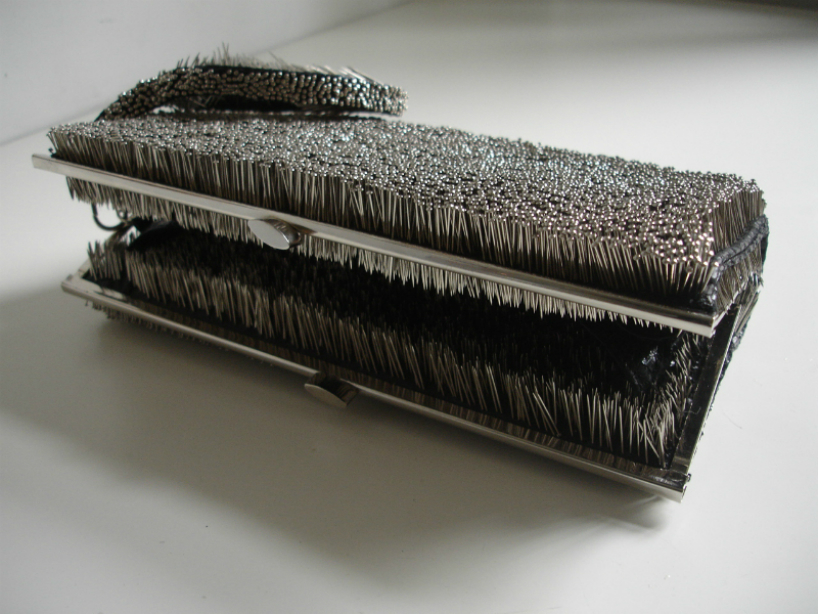 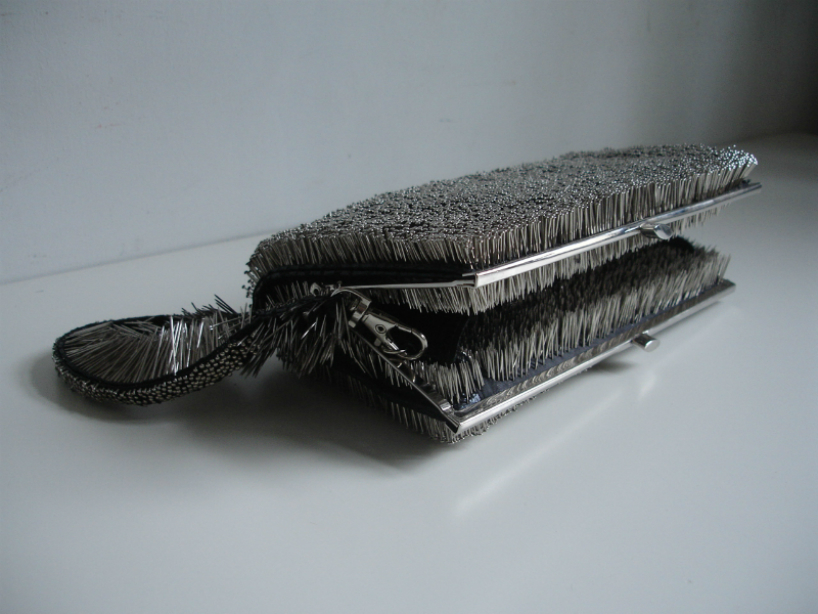 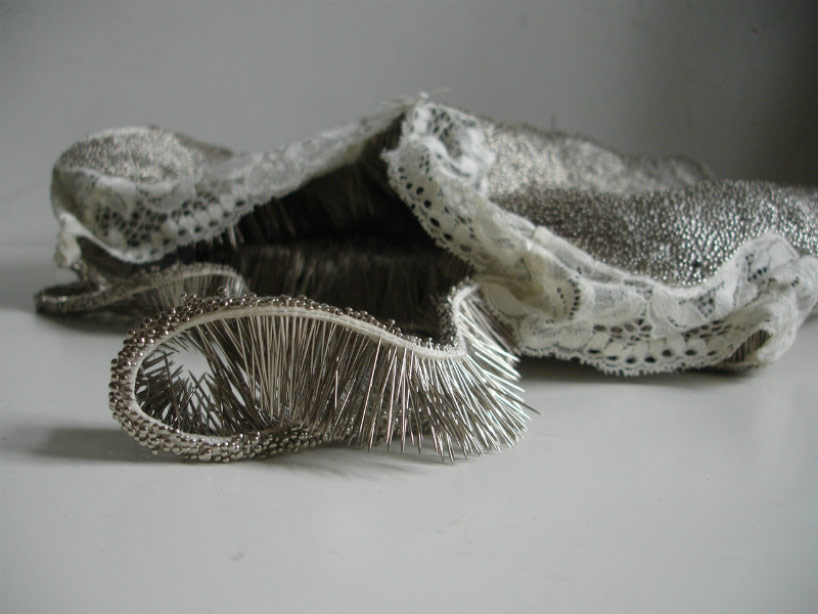 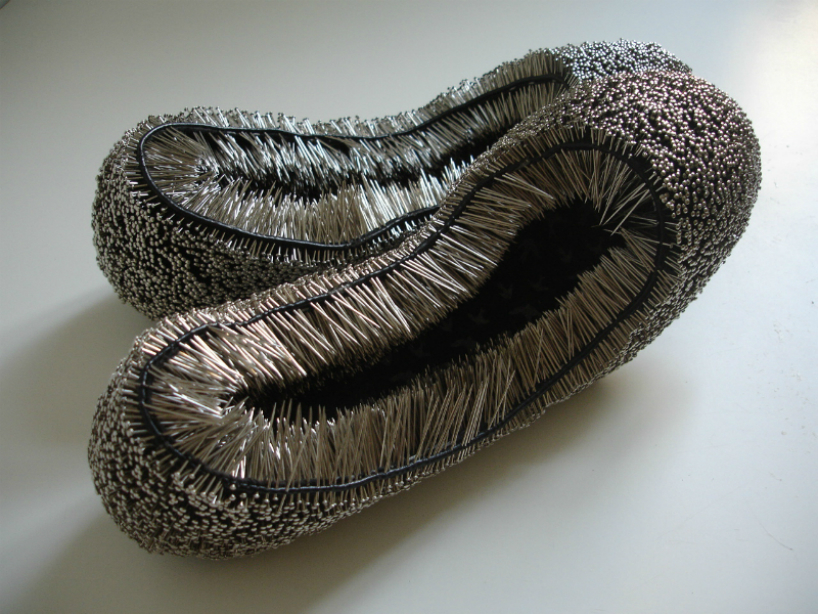 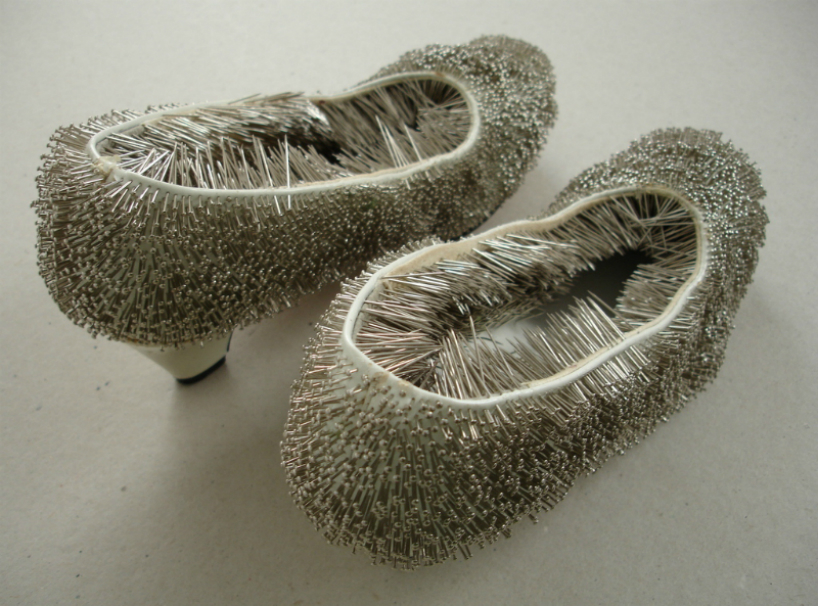 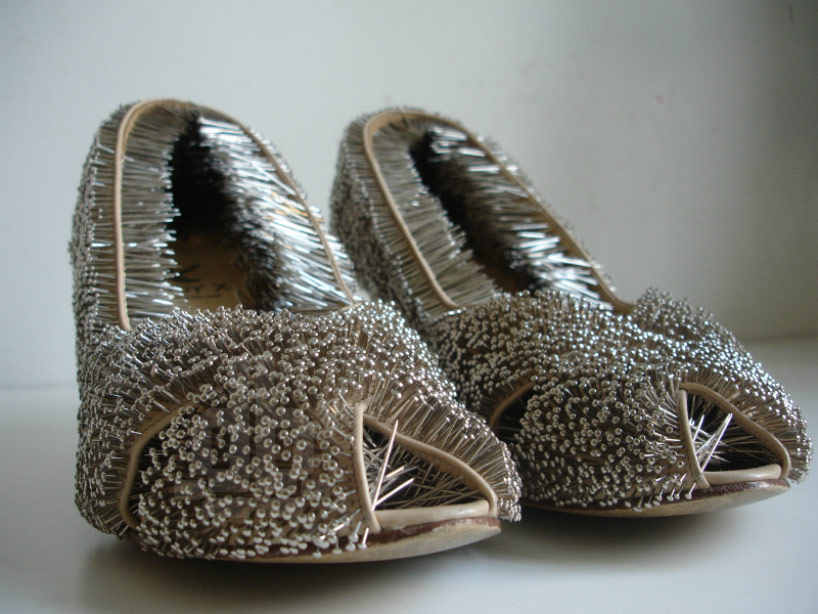 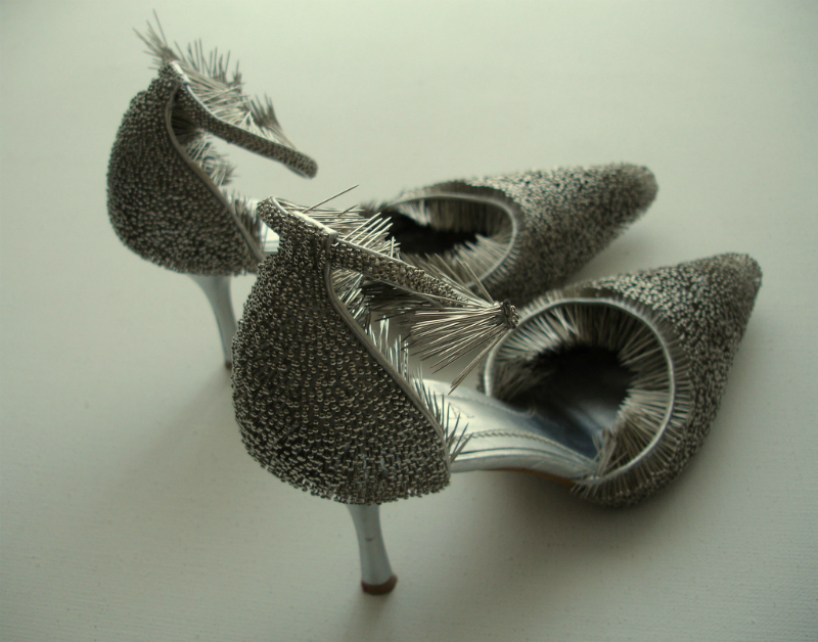 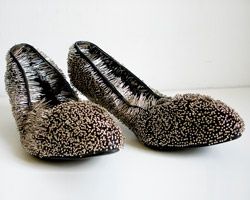