tasked with creating a new experience in the vast, gallery-like lobby of 515 north state st, chicago, ESI design played on the typical old-school approach of installing an abstract painting and instead created a unique 14-foot-wide-by-23-foot-tall digital art installation that constantly ‘paints’ new color compositions. titled ‘canvas,’ the site-specific work deconstructs original video footage of life in chicago’s vibrant river north neighborhood into a piece of art that is always evolving. 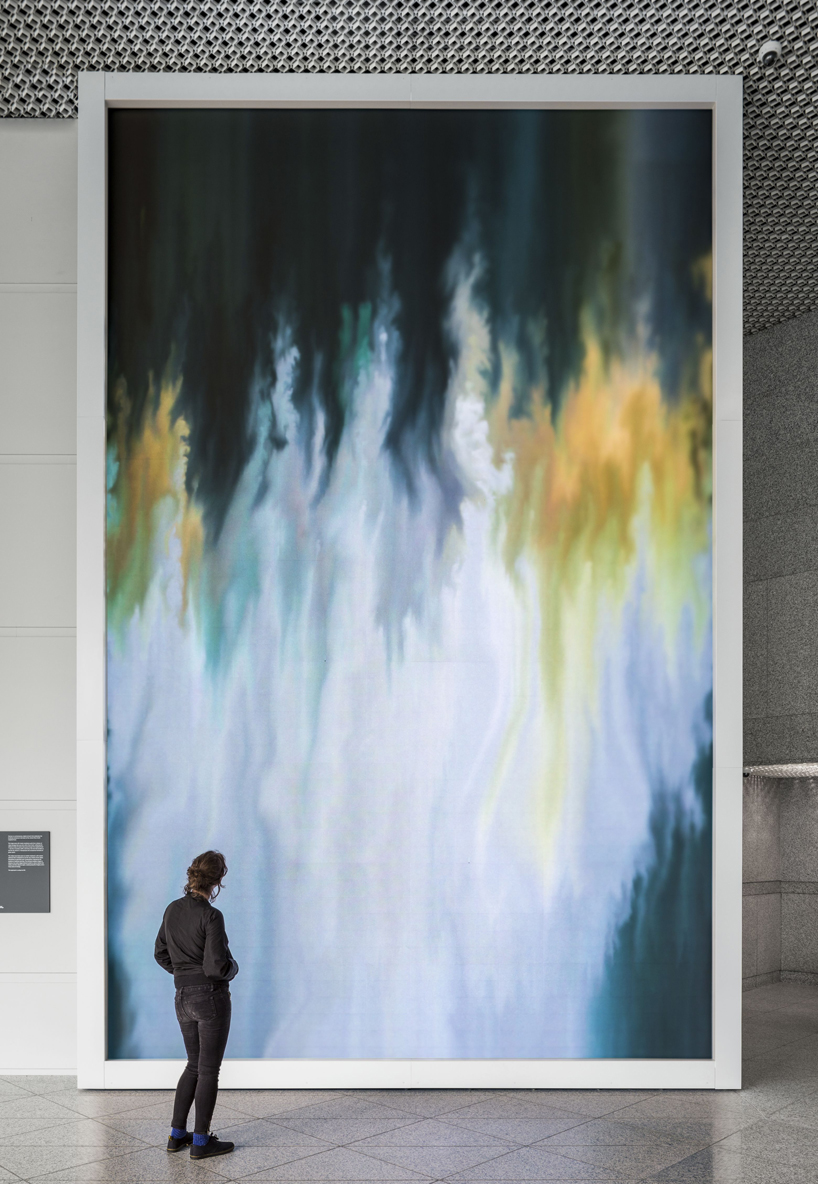 using custom-designed software, the installation enables locally-shot footage of scenes such as boats on the chicago river and amusement rides on navy pier to dissolve into abstract patterns and then slowly sharpen back into clarity. ‘canvas’ has the ability to generate more than 5,000 unique compositions from nearly 5 hours of initial footage specially shot at 16 locations. 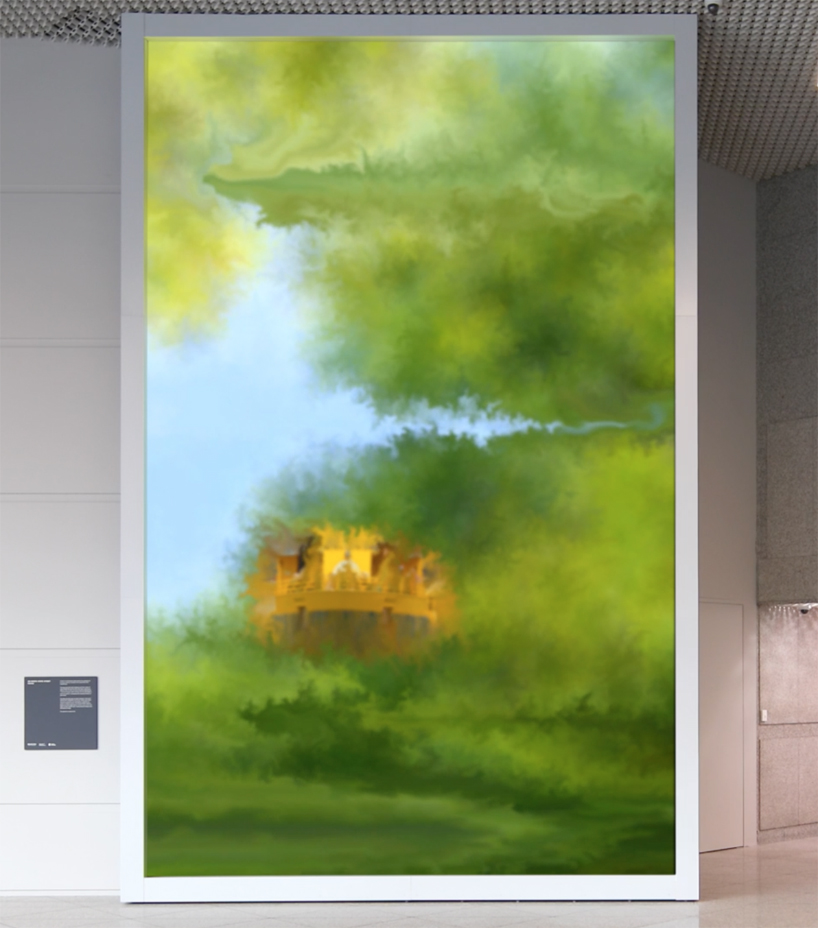 the soaring installation is visible from the street through the building’s glass facade, breathing life into the surrounding streetscape and creating a new attraction by capturing the attention of passersby. ‘the daily motion of chicago ‘paints’ the pictures into place,’ describes ed purver, who was the lead designer and art director on the project. ‘our custom software analyzes each video for moving objects, so moments like a person walking, or a car driving become the ‘brushstrokes’ that slowly create each abstraction. as each video collides with the next, new compositions unfold in real time, literally creating thousands of possibilities in this one-of-a-kind evolving digital artwork.’ 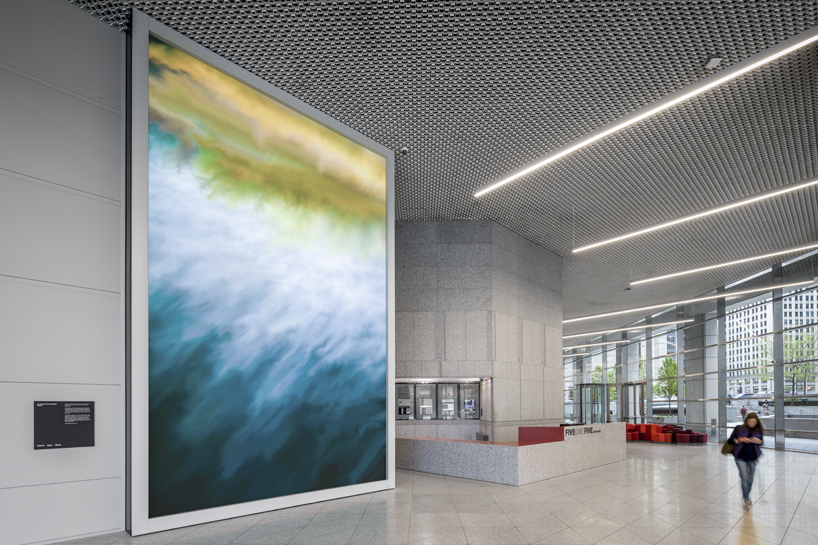 the piece is intentionally slow and meditative, and is constantly on a journey of transition into abstraction and then back into figurative, legible video imagery. the content management system is designed to randomly select starting points in each video, so that the abstractions created when two different videos combine are always subtly changing. 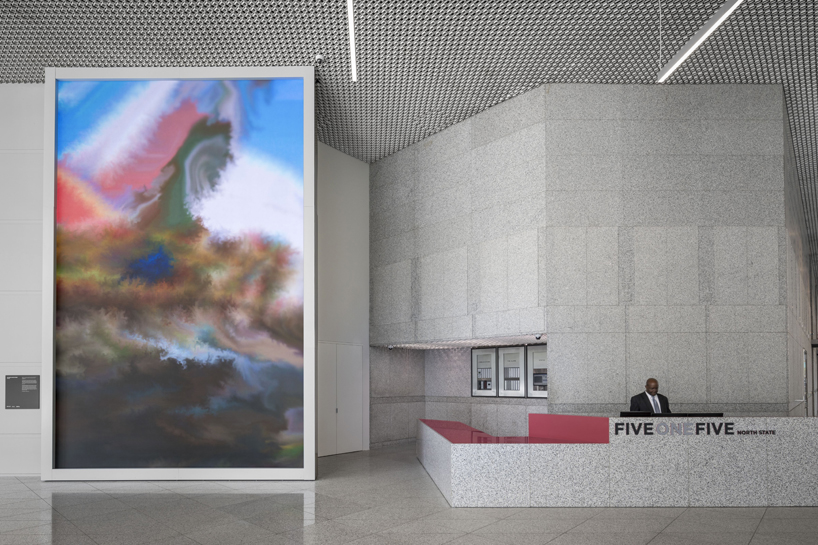 the display itself uses LED modules that are covered with a layer of vinyl diffusion, removing the harsh digital glare of bare diodes and giving the imagery a soft material quality instead. the entire display is framed with a painted metal molding, with the intention of referencing traditional canvas paintings.

‘we designed the basic, intent, logic and behaviors of the software, and then, based on our direction, vincent houze of AV&C was able to make us a design tool so that we could shape and finesse the actual look of the transitions and abstractions ourselves,’ said purver.

515 north state was designed in the 1990s by pritzker prize–winning japanese architect kenzo tange, who topped the building with a four-story ‘sky-window’ that became a defining element on the chicago skyline. 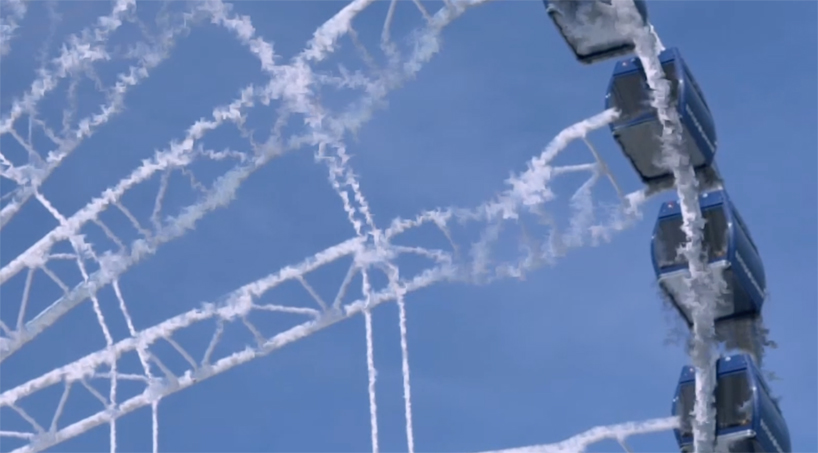 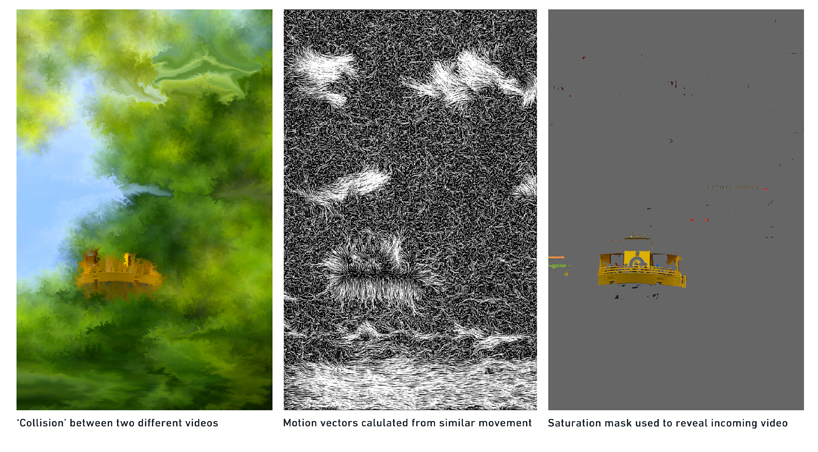 these process images show motion vectors derived from motion analysis of the video, and a saturation mask drawn around areas of dominant color to transition from one scene to the next