everything that happens by julie tremblay image © designboom

everything that happens is a performance piece by canadian artist julie tremblay (living and working in copenhagen) in collaboration with nana francisca schottländen. presented yesterday in rådhuspladsen, the town hall square in copenhagen, denmark, designboom caught a glimpse of the performance which blended dance theatre, sculpture and happening. everything that happens took place for 1.5 hours during the busiest time of the week in the square. 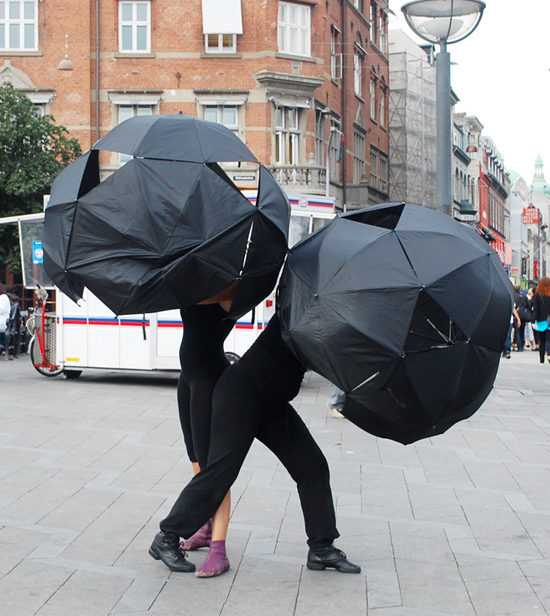 each performer had their own ‘umbrella-sphere’ image © designboom

16 performers were involved, interacting with sculptures made of umbrellas – each sculpture made from 5 umbrellas, sewn together into a kind of sphere creating a ‘super-umbrella’. each one of the performers had their own ‘sphere’ and performed with simple movements, creating different geometric formations which sometimes saw them disappear under the umbrellas. the performance was based on definite patterns which drew on theories of fractal geometry, performers moving towards and away from each other. 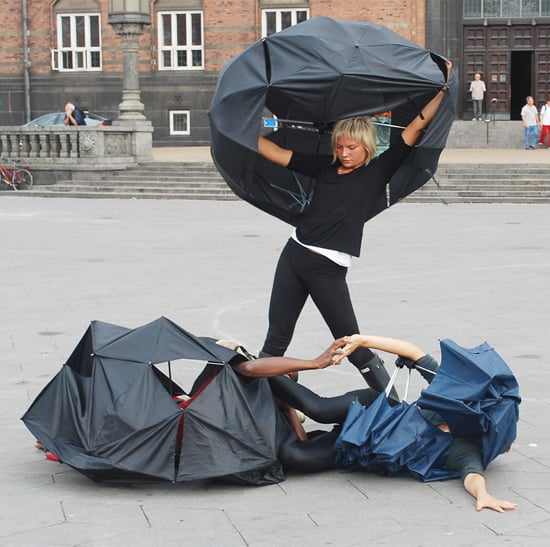 dancing in and out of the umbrella-spheres image © designboom 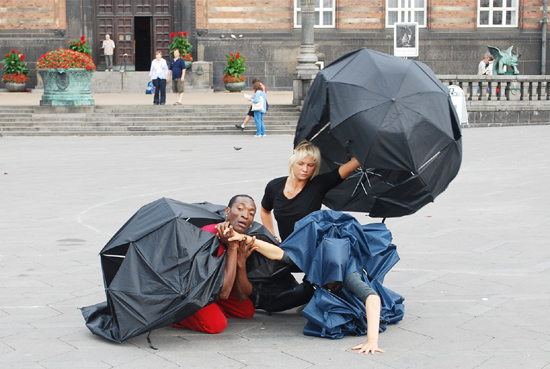 a mix of sculpture, performance and happening image © designboom 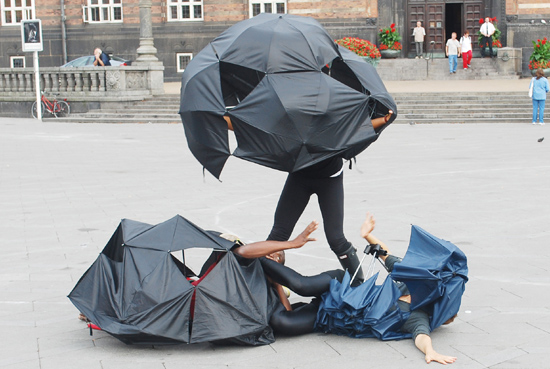 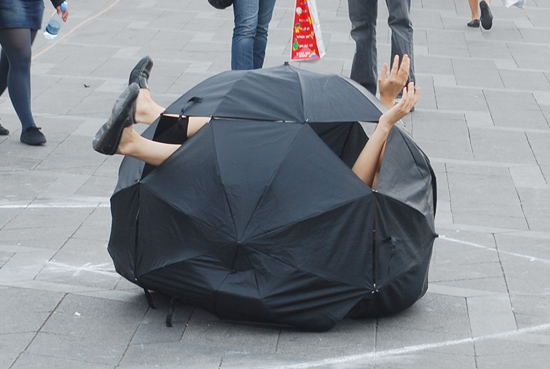 performing from inside an umbrella-sphere image © designboom 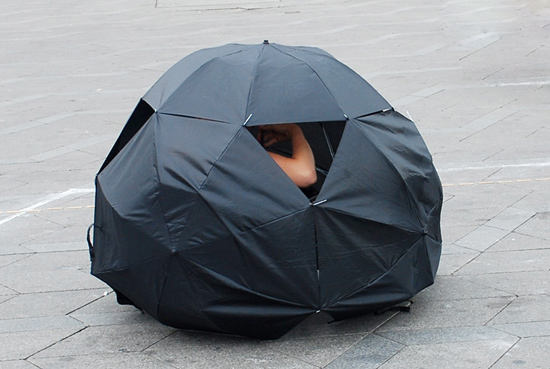 a performer disappearing inside an umbrella-sphere image © designboom 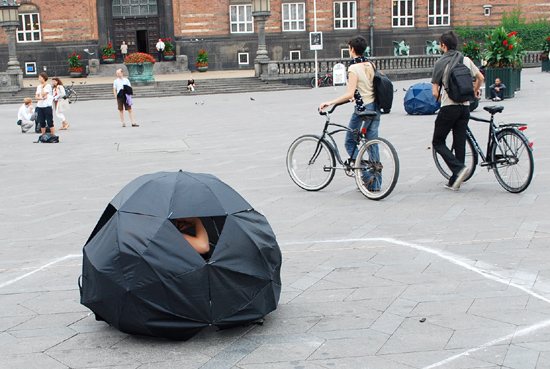 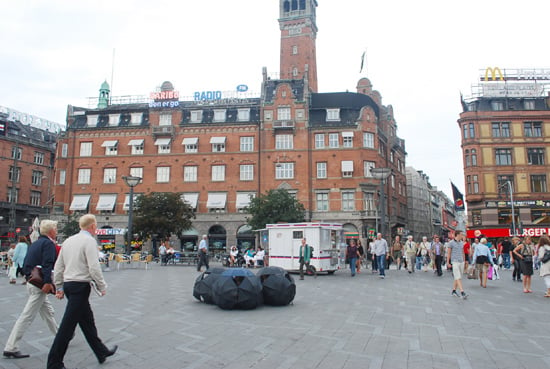 16 performers, each with an umbrella pod interacted with eachother for 1.5 hours during the busiest time in the square image © designboom 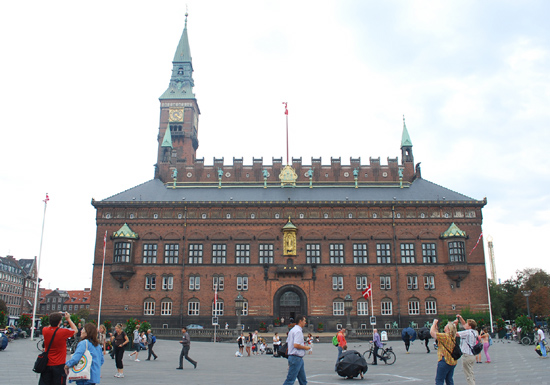 when the umbrella spheres weren’t grouped together, they got hidden amongst the hustle and bustle of the square image © designboom 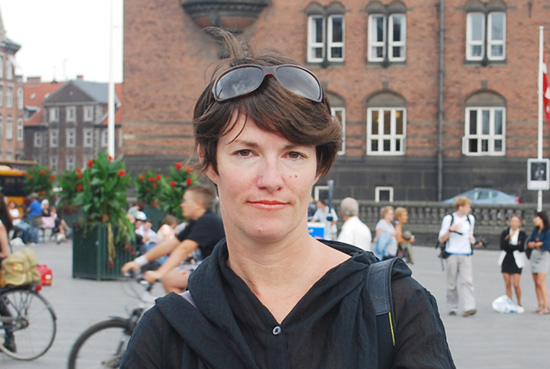