climate protest group extinction rebellion floated a miniature house on the river thames in london to draw attention to rising sea levels. activists submerged the ‘classic suburban house’ in an attempt to send an SOS to the government on climate inaction.

the model was seen floating down the river in the early hours of sunday 10th november. together with the demonstration, extinction rebellion has released a statement called ‘act now: our house is flooding’.

despite london’s prime minister boris johnson claiming that flooding in the UK does not amount to a ‘national emergency,’ extinction rebellion has addressed recent mass floods in the uk as a ‘political issue’:

‘many people in the UK have had life-changing experiences this week, and there will be many more in low-lying and coastal areas affected by flooding over the coming winter,’ a statement from the organization reads. ‘we stand in solidarity with all of those who have lost their homes and livelihoods and will continue to demand action until the severity of this national and global emergency is realised.’

‘as the ongoing flood disaster in derbyshire and yorkshire has so starkly illustrated, our homes, businesses and families are at very real risk. we are watching, in real-time, as people’s lives are destroyed around the world and in the uk. unless action is taken to halt biodiversity loss and reduce greenhouse gas emissions to net-zero these tragedies are set to worsen.’ 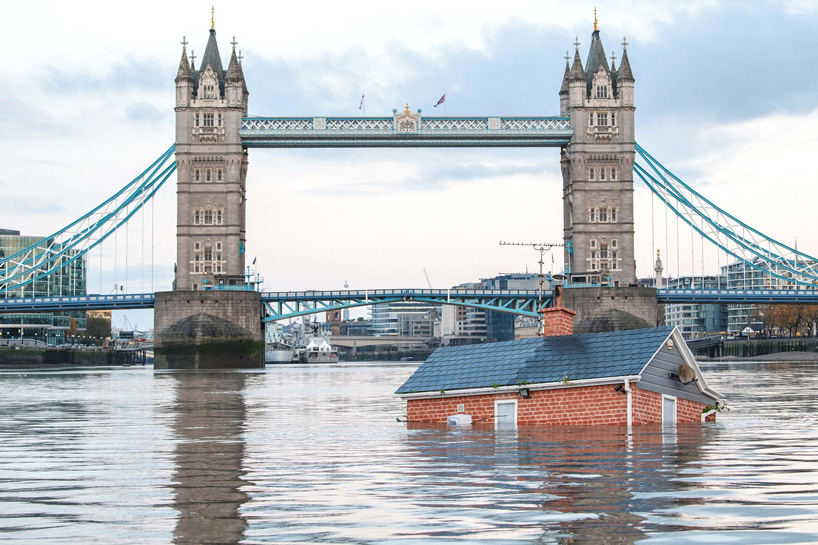 katey burak and rob higgs, who built ‘the sinking house’ commented: ‘sadly, climate-change is something that affects every one of us. we want to respectfully raise awareness of the severity of the impending human-made disaster.’

‘we need urgent action to address the climate emergency and devastation of our beautiful and precious natural world, which is being decimated at an unprecedented and tragic rate. we implore the government to act responsibly and we will continue to make our voices heard until they act.’

‘we wanted to make something that people can visually connect to, whilst leaning on the government and the experts to make the changes that need to be made. until they make the big legal and financial changes, it’s very hard for people like me or you to make significant changes to protect ourselves and the world around us.’ 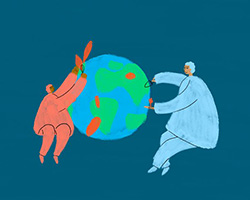