mohammad hassan namdari introduces ‘extraterrestrial’, an artistic project that brings the precious achievements of iranian architecture to mars. the collection presents different ancient iranian structures with the red planet as their background, thus revealing a visual oxymoron that surprises the viewer. binding past and future together, the project discusses concepts such as history and legacy, while questioning the potential of human life and identity. 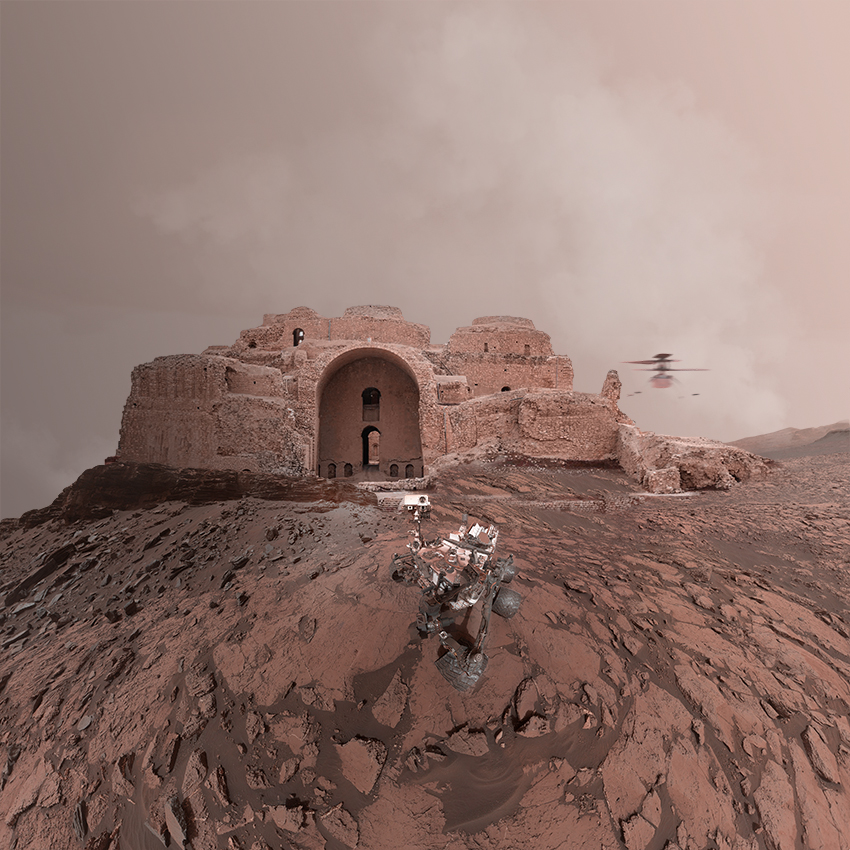 past, future, legacy and unity

the extraterrestrial series tries to put some of the precious achievements of iranian architecture into the photos taken from mars by NASA’s perseverance rover to challenge our analyst minds. ‘what will be the origin of future human being identity be? the earth? maybe.’ mohammad hassan namdari mentions. ‘man will seek his future as much as he has sought his past, and these two are common to the unity of nations.’ the architect adds.

through this project, namdari hopes that viewers observe both the past and the future as valuable legacies and will feel connected. ‘as the past connects us together, the future will be our common denominator which shows the people of the future the result of today’s achievements, and we all will be a part of history.’ he says. 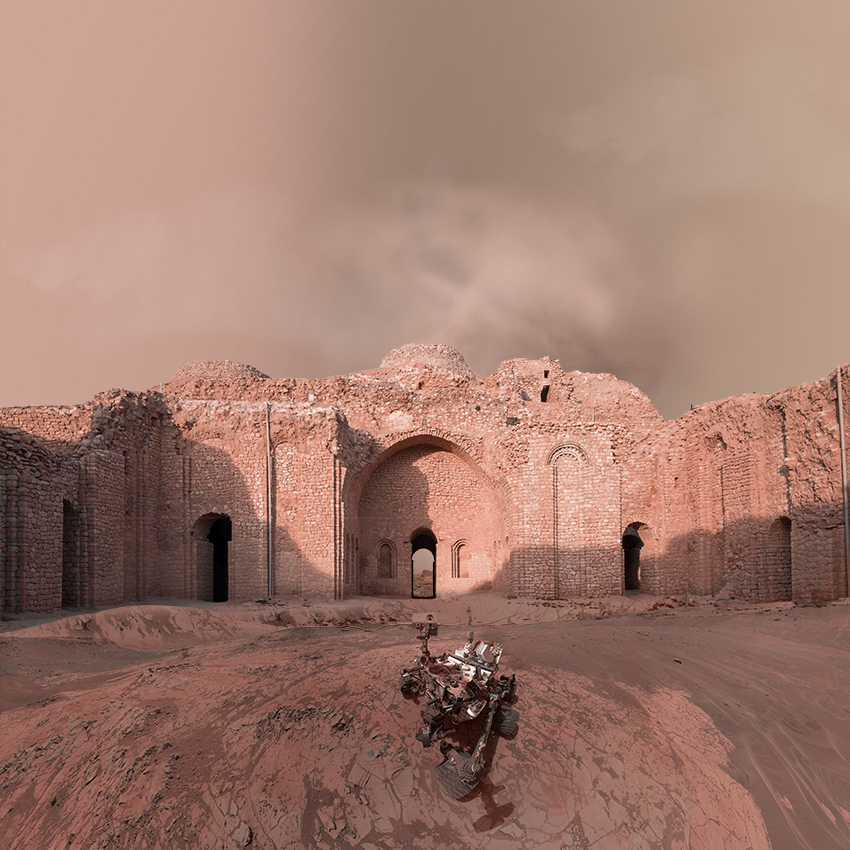 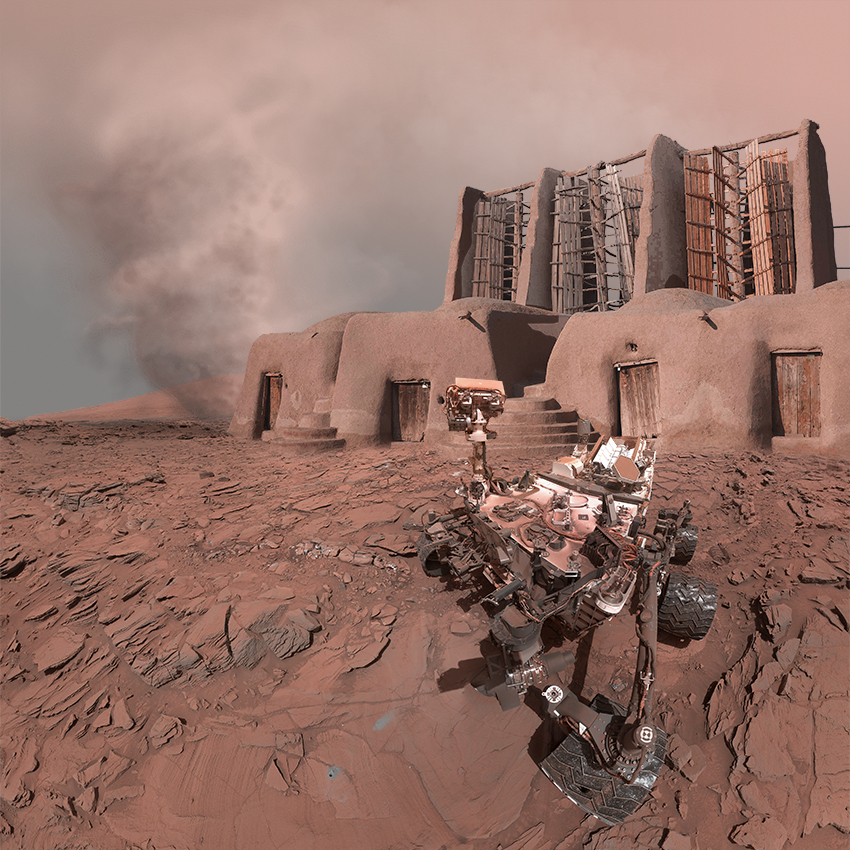 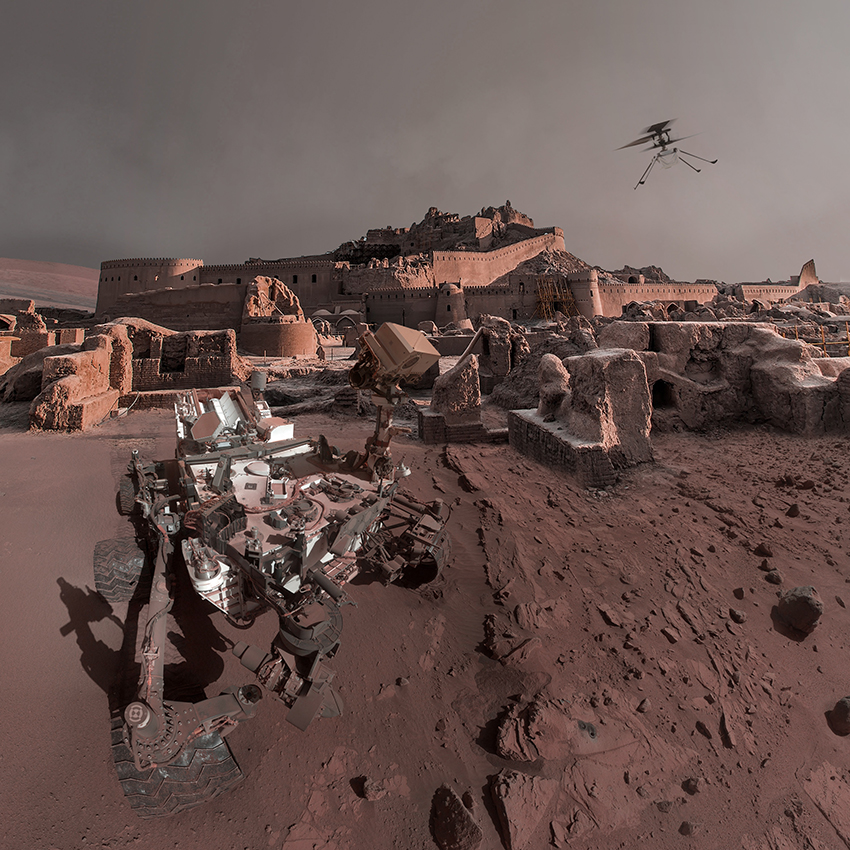 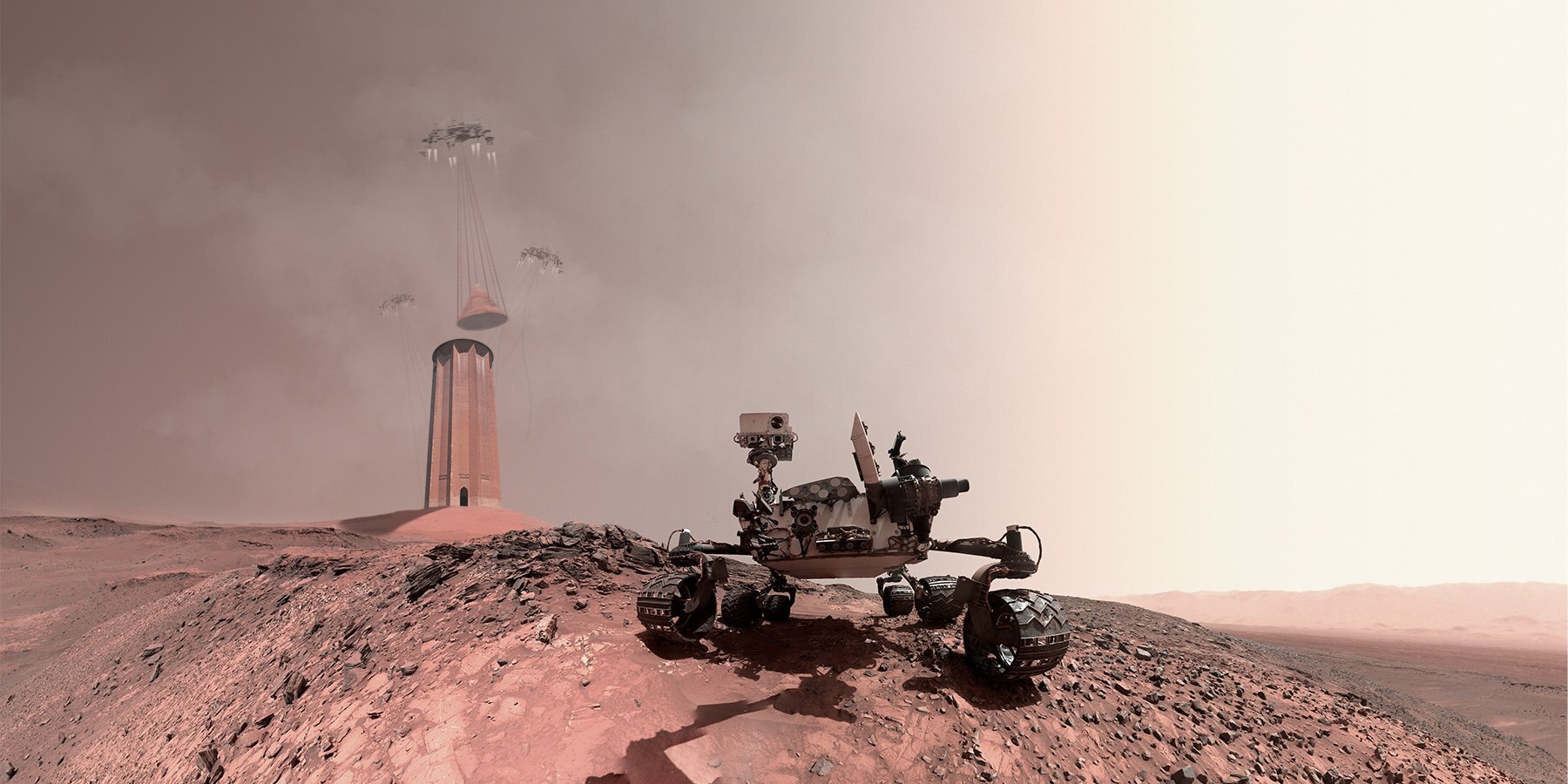 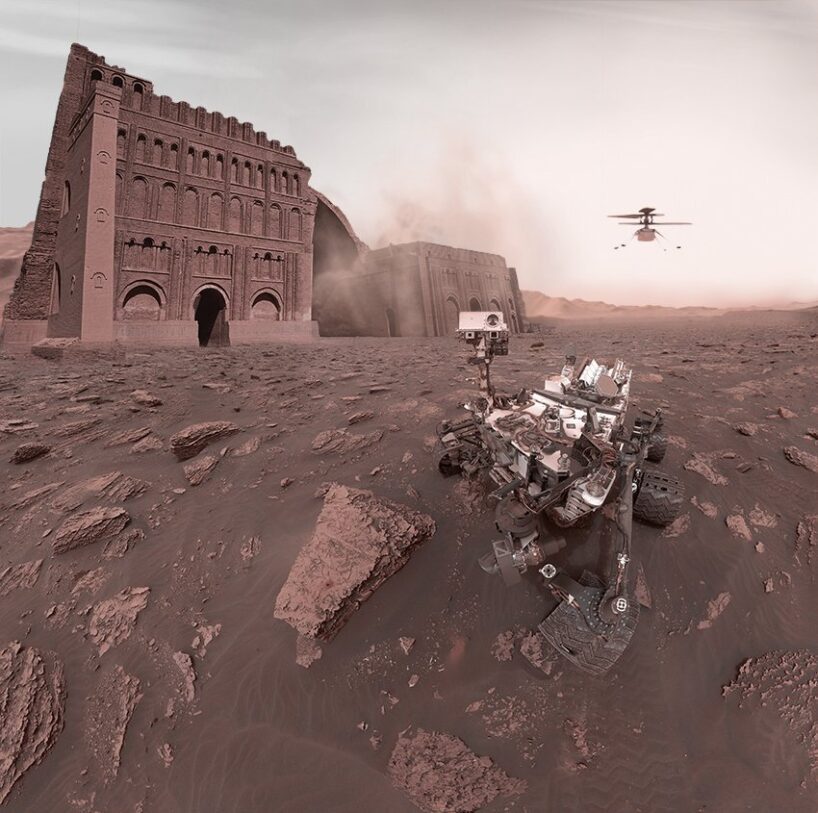 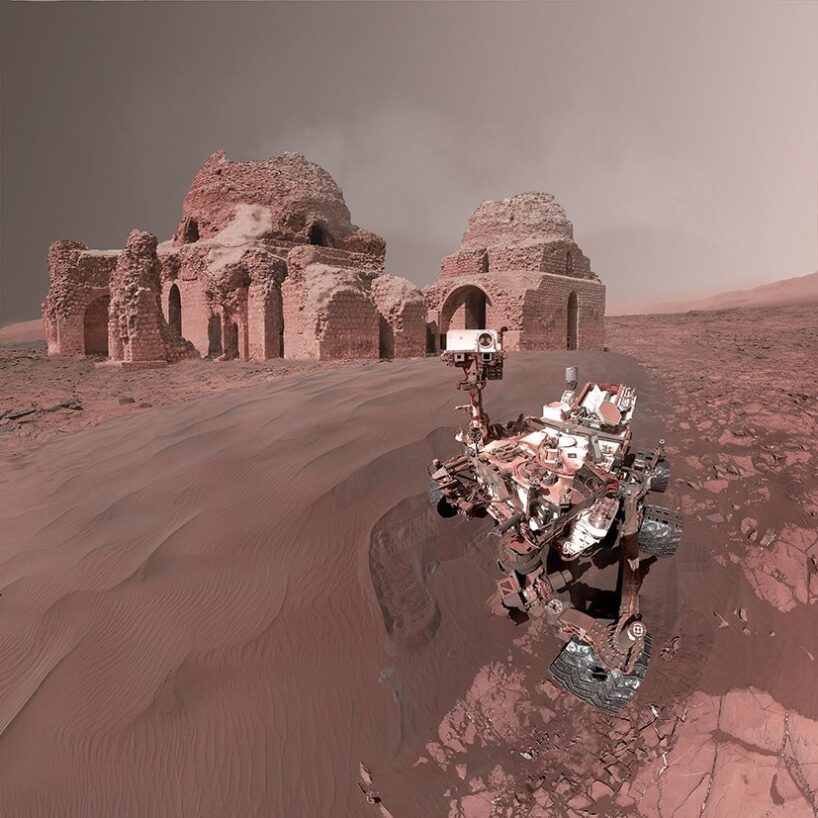 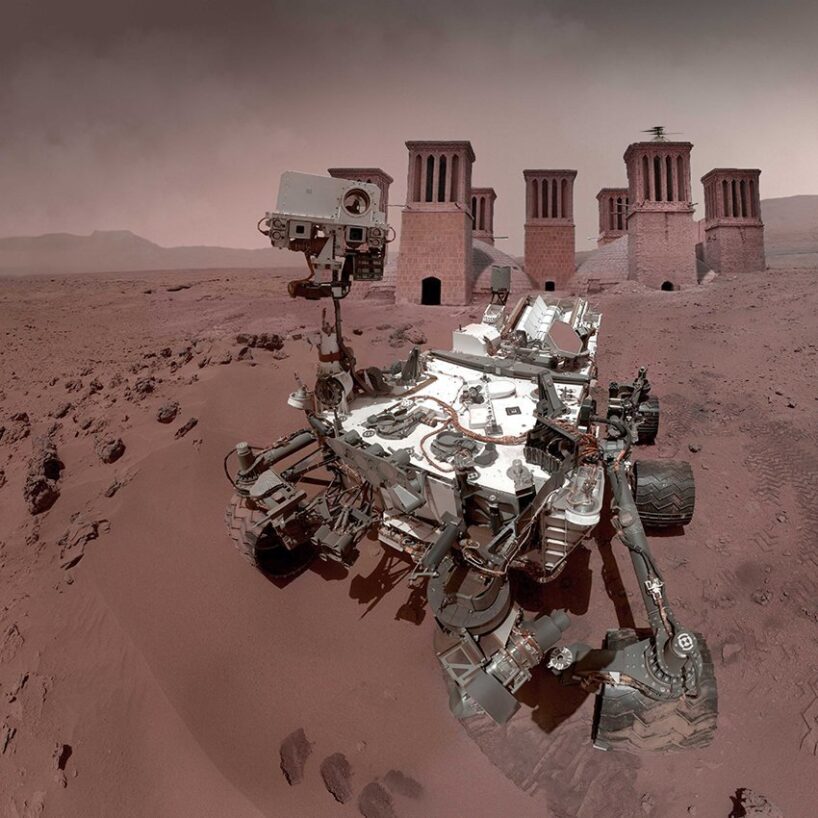 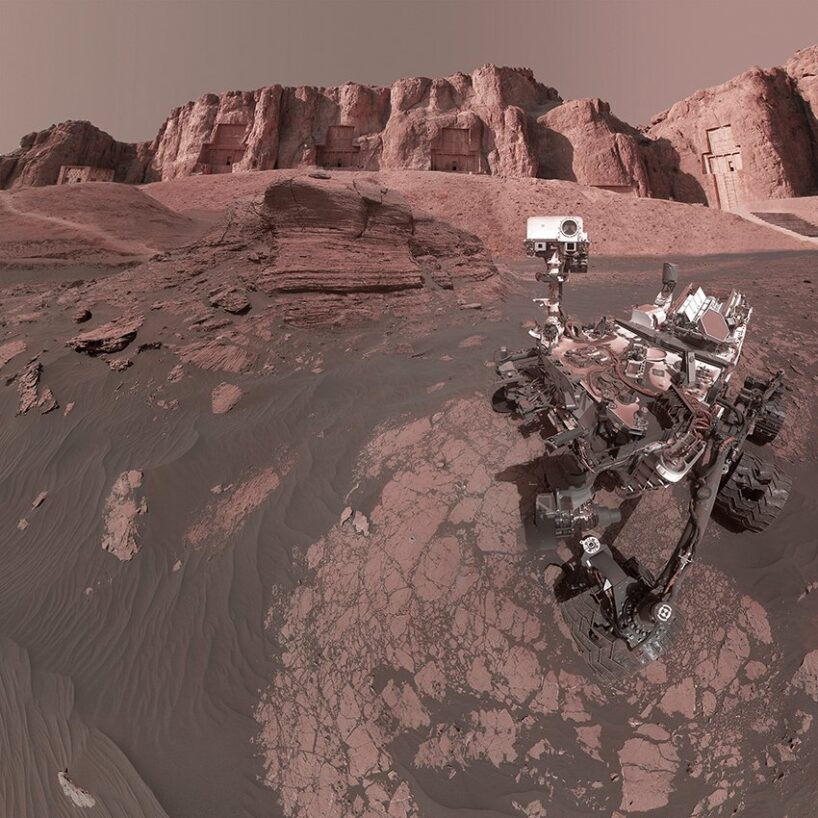 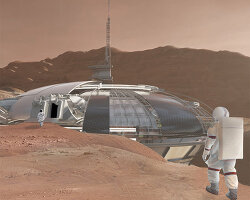 Jan 27, 2022
genesis v.2 is an adaptable, sustainable prototype for a housing colony on mars
ICON 3D prints BIG's vision of life on mars inspired by movie 'the martian'