swiss artist fabian oefner returns with a new series of exploded cars, each meticulously created by deconstructing scale-models, and photographing the components in a precise position — thus creating the illusion of a dissembled and dismantled automobile. ‘disintegrating II’ — a sequel to a previous iteration published by designboom here — comprises five images that appear to be computer-generated renderings, rather than the real photographs they are. ‘I have always been fascinated by the clean, crisp looks of 3D renderings,’ oefner says. ‘so I tried to use that certain type of aesthetic and combine it with the strength of real photography.’ the iconic sports cars in this series are: auto union type C (1936-1937); maserati 250F(1957); ford GT40 (1969), bugatti 57 SC (1934-1940); and porsche 956 (1982).

the images are initially formed by a sketch, where oefner decides the placement of each of the parts. then, from the body shell to the minuscule screws, the artist disassembles the more than one thousand components in the model, placing each piece individually with the aid of fine needles and pieces of string. after meticulously working out the angle of each shot, oefner takes thousands of photographs of the individual car parts. finally, these images are blended together in post-production to create one single photo. 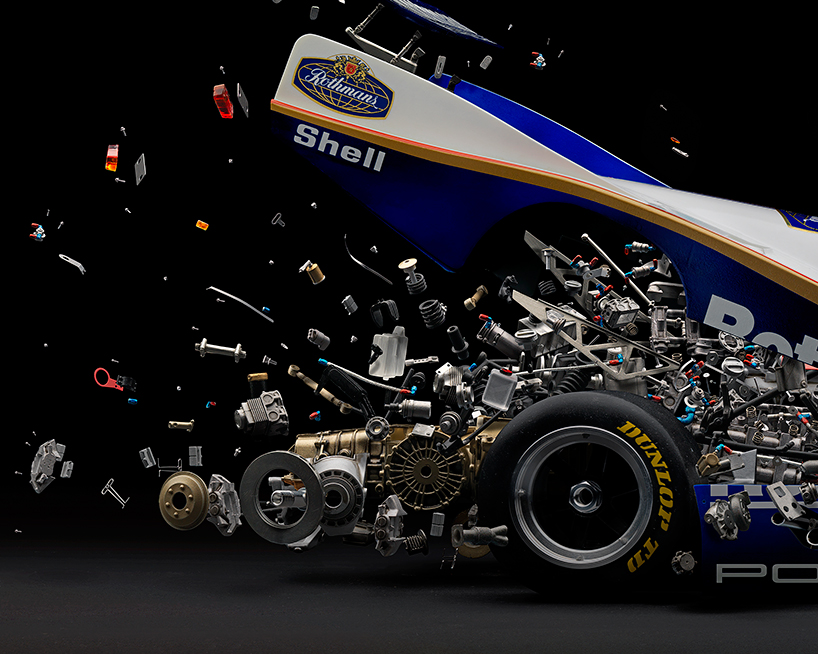 these are possibly the ‘slowest high-speed’ images ever captured,’ he continues. ‘it took almost two months to create an image that looks as if it was captured in a fraction of a second. the whole disassembly in itself took more than a day for each car due to the complexity of the models. but that’s a bit of a boy thing. there’s an enjoyment in the analysis, discovering something by taking it apart, like peeling an onion. however, the hardest part was actually setting up the camera, lens and light, because the biggest frustration is when you can’t get any beautiful image out of it!’ 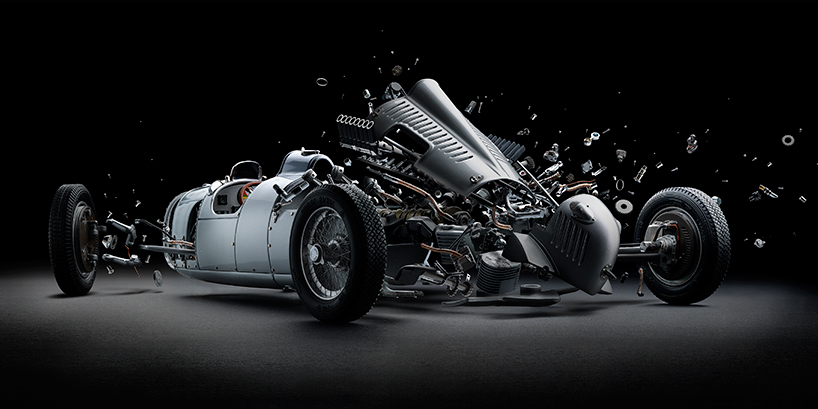 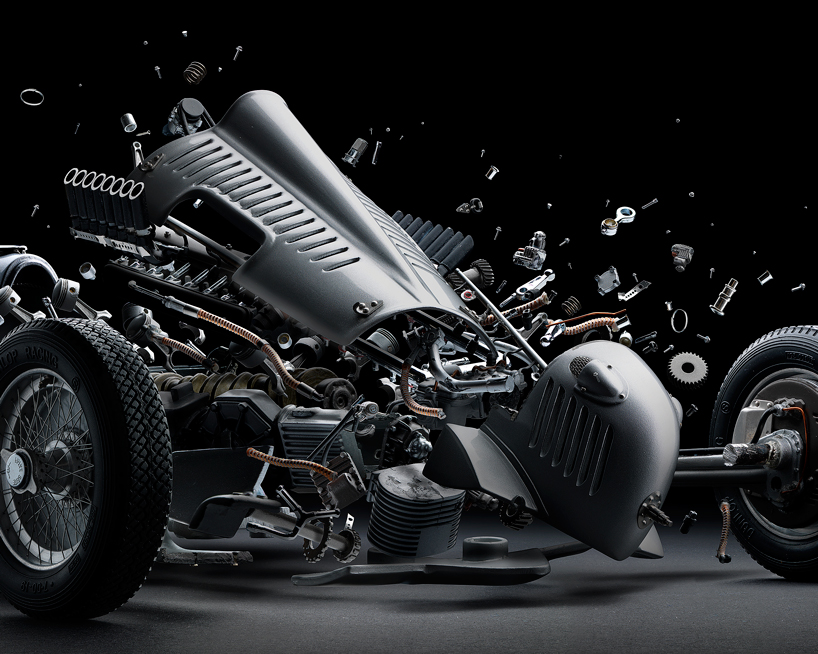 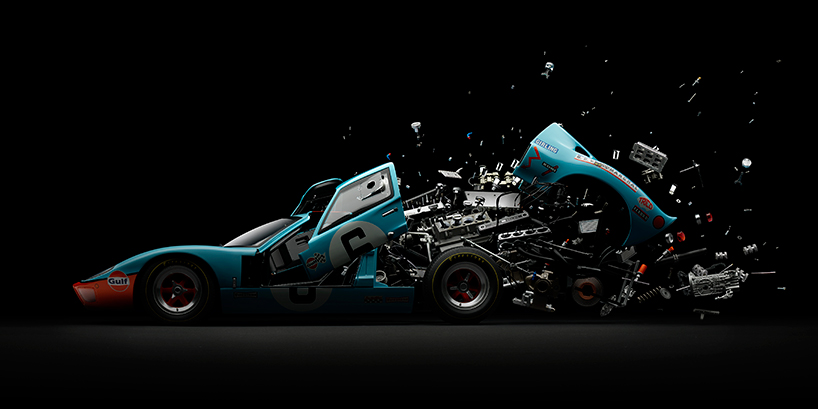 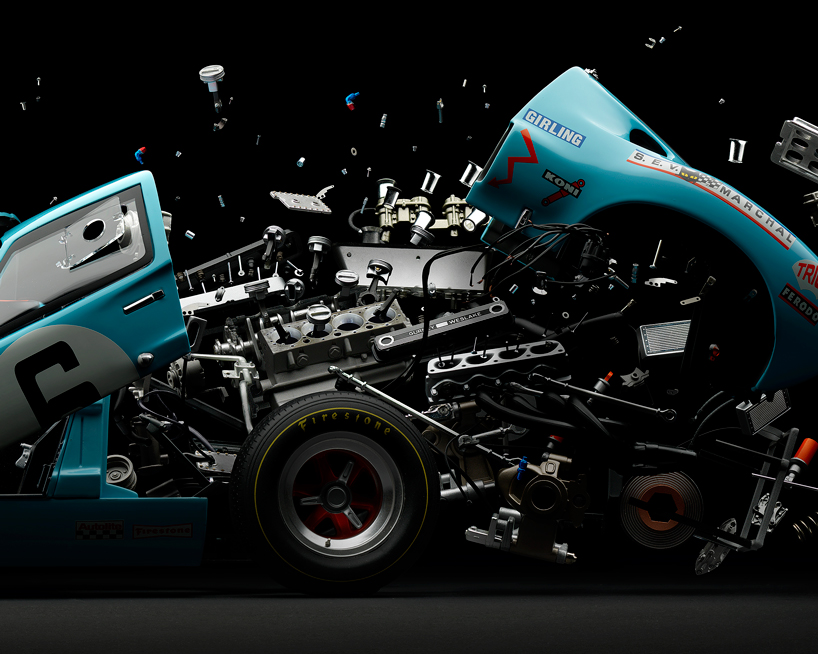 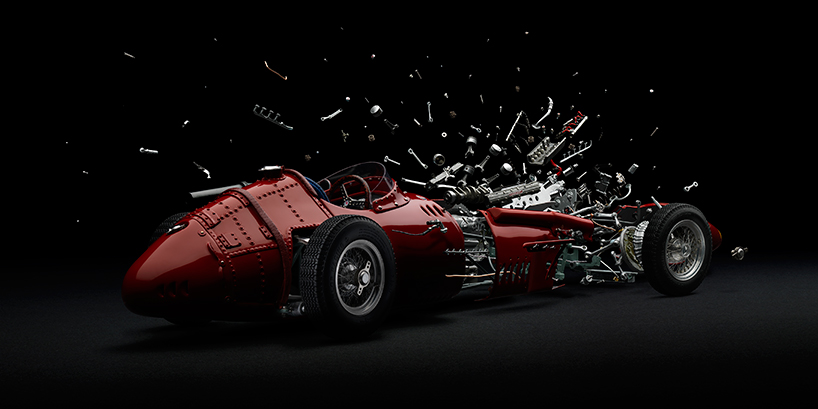 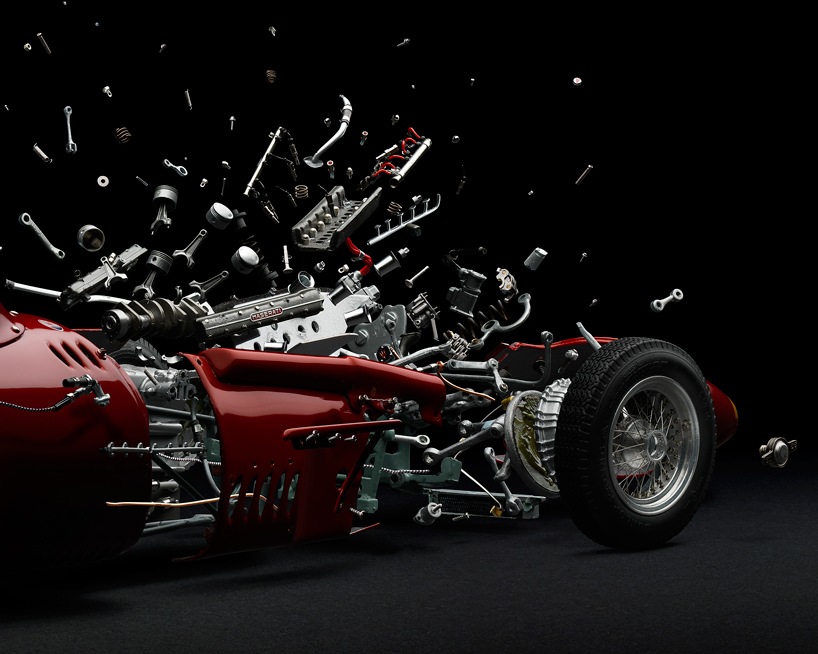 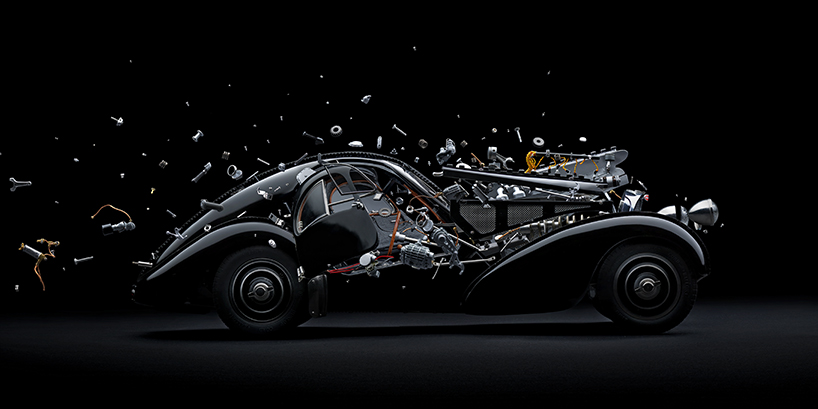 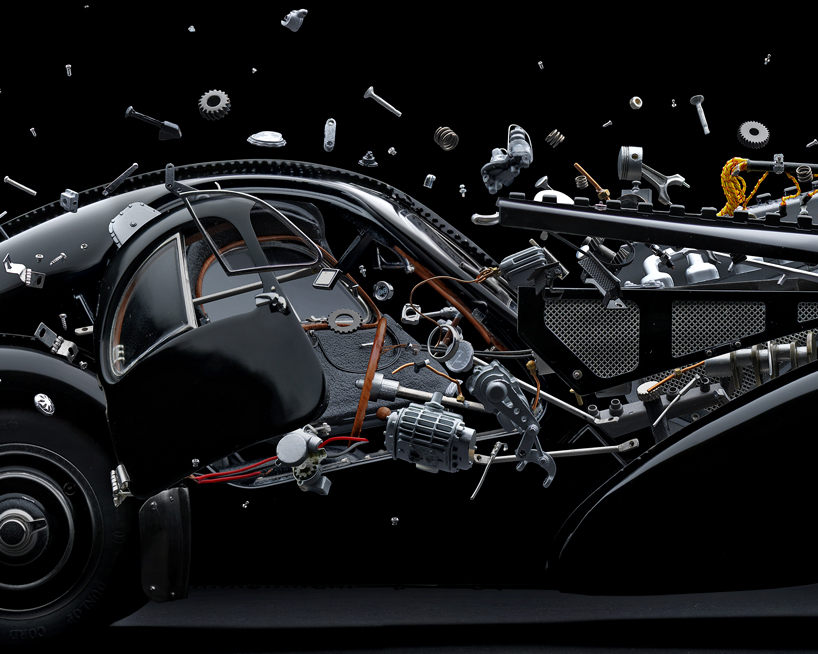 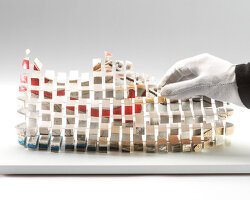