with an urge to constantly explore the intersection between architecture, fashion, and product design, london-based artist fabrice le nezet has created ‘elasticity.’ the work materializes the idea of tension by making the notion of weight and stretch palpable through the use of four massive and abstract metal structures. these components run perpendicularly across the long edges of rectangular voids in the ceiling. by presenting this normal condition, several of the wires bend to support large prisms of concrete that provide a feeling of force and motion. as they drop down to occupy spaces below, movement is emphasized by their strategic orientation below clerestory windows shining light onto the forms. as observers move around the constructs, a contrast is created between the real properties of the materials and the way they are perceived. 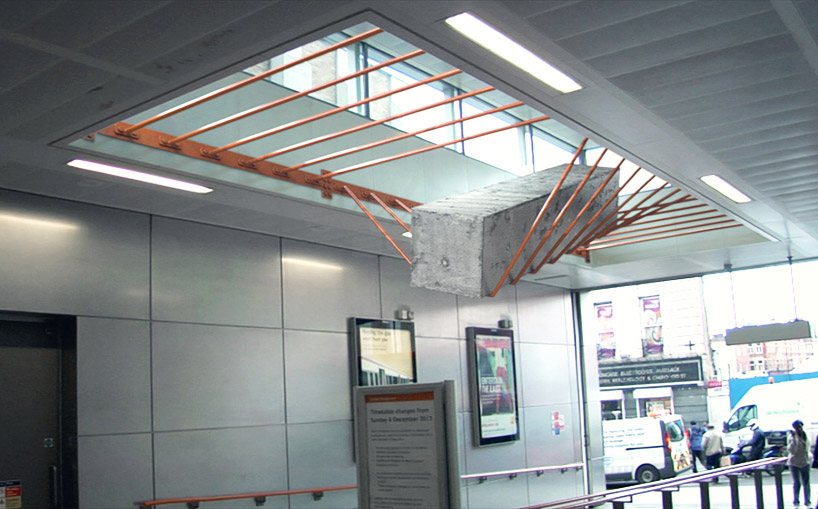 a block suspended above a railing 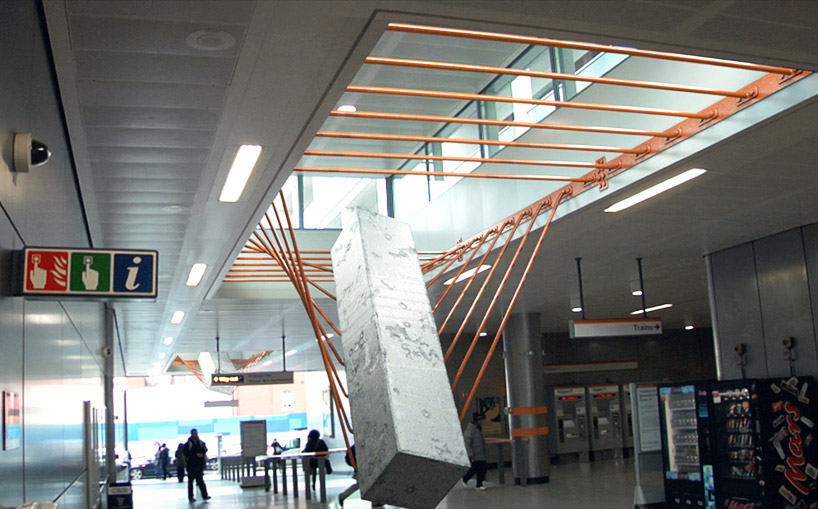 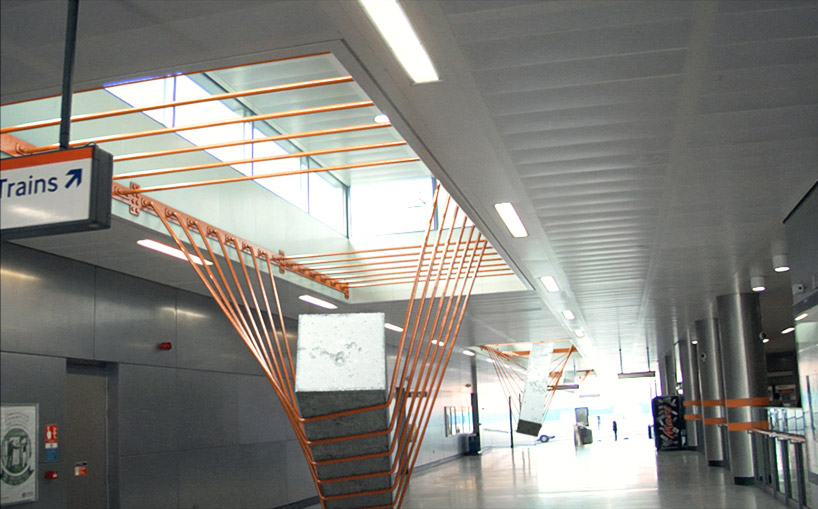 by contrast, perfectly straight bars that run across the voids emphasize the movements 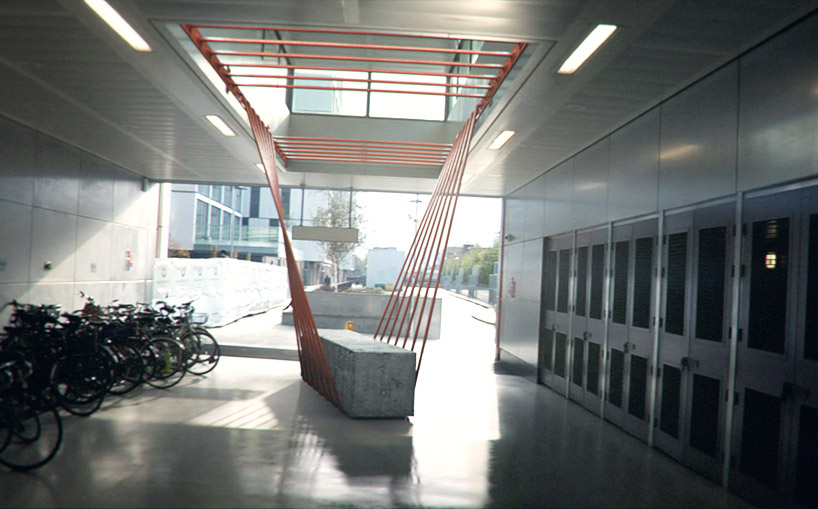 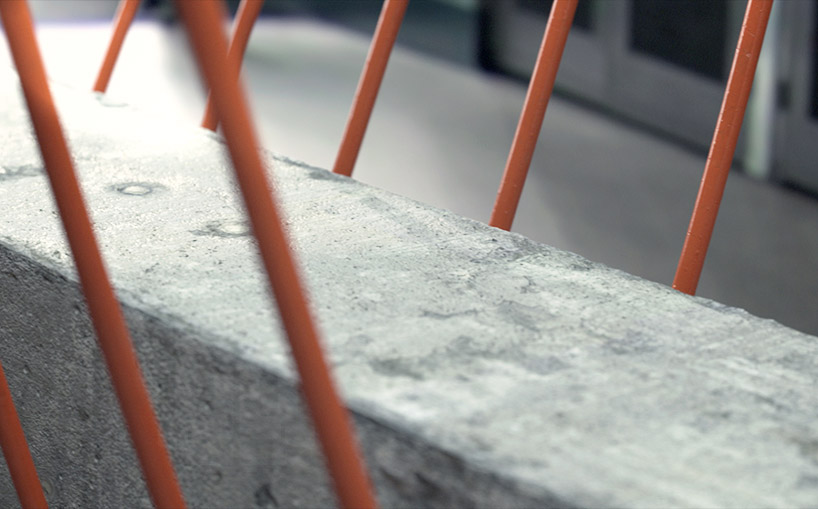 detail of a prism within the structure 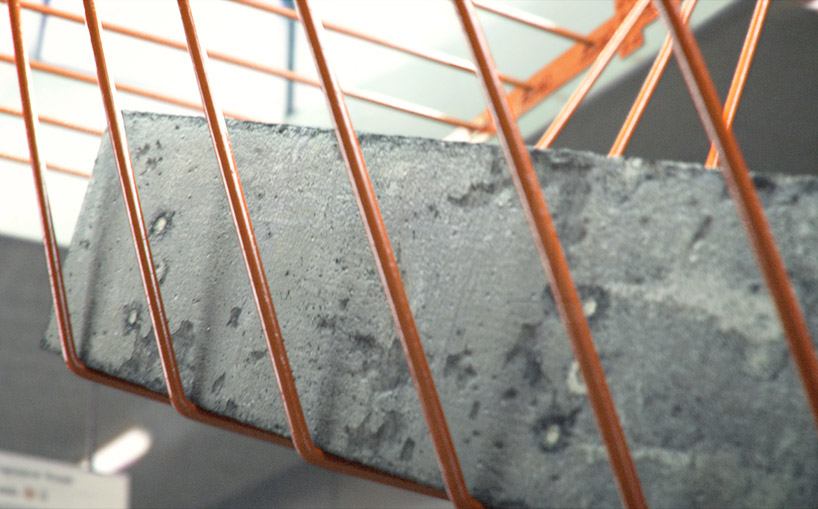 orange bars wrap around the cement 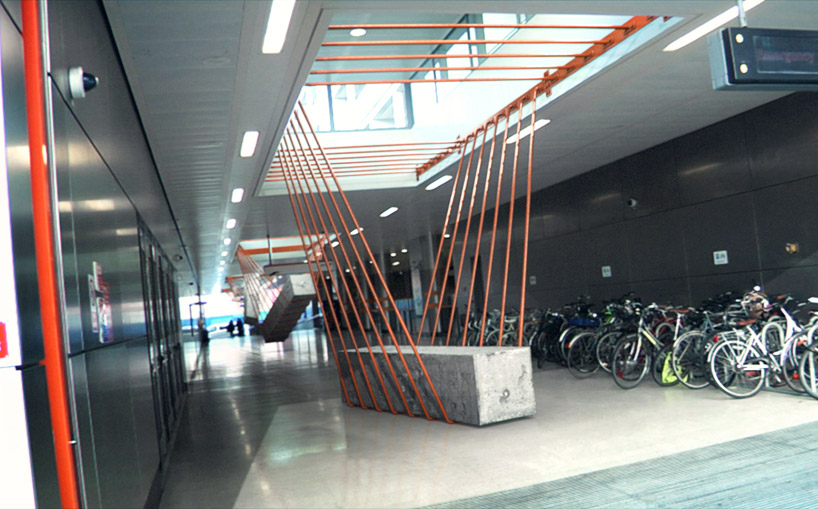 clerestory windows highlight each of the installations 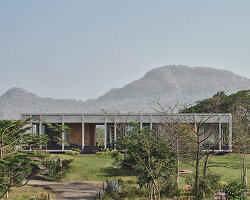