informed by the critical environmental problems that plague many parts of the african landscape, photographer fabrice monteiro, costume designer doulsy (jah gal) and the ecofund organization have collaborated on a harrowing series of photographs to visually represent the urgent ecological issues. ‘the prophecy’ project, shot at ten locations in senegal, features intricately costumed figures interacting with the astonishingly-polluted surrounding scenery. their meticulously built garb is partially made from garbage and debris found throughout the site, reflecting the atmosphere and state in which each destination was found. 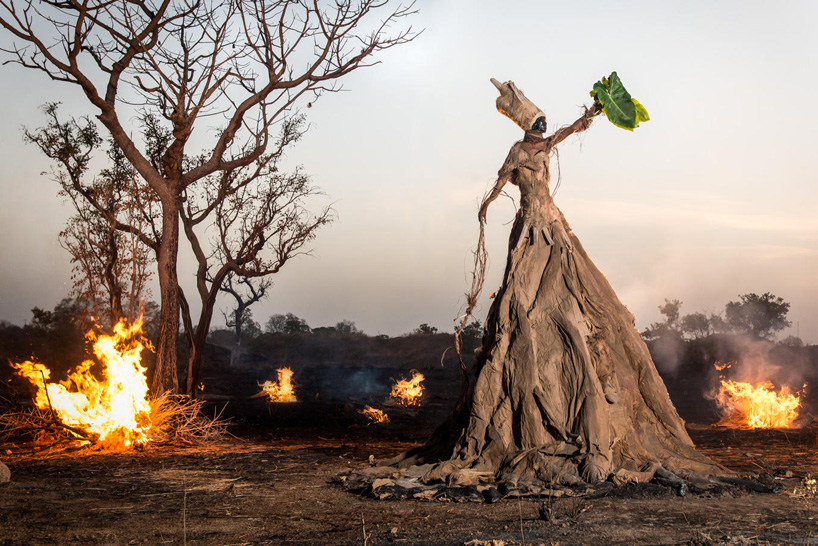 one example shot in dakar’s hann bay shows the disturbing effects of a completely transformed landscape. what was formerly one west africa’s most beautiful beaches is now a polluted wasteland poisoned by excess blood running into the sea from a nearby slaughterhouse. the photography displays a deformed creature emerging from the tide of offal, warning viewers of the extreme potential consequences of environmental harm. 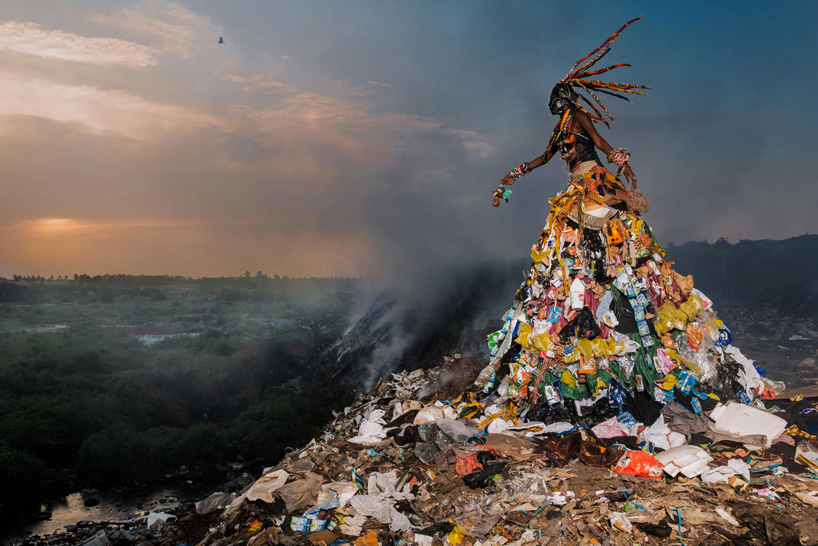 another image taken in tambacounda features a female figure, costumed to represent a tree, at the center of a bush fire holding up foliage in the air to protect it from the flames. annual fires that rage throughout the area serve as a background for this picture — most are due to human error, destroying up to 700,000 hectares of woodland and pastures each year.

a third photograph shot in mbeubeuss sshows a woman of superhuman size clothed in plastic remains, making her way through a landscape of garbage. once a green marsh district, senegal’s largest waste dump still provides space for a marginalized part of the population with its own laws and territorial demands, despite all the prevailing adverse conditions. 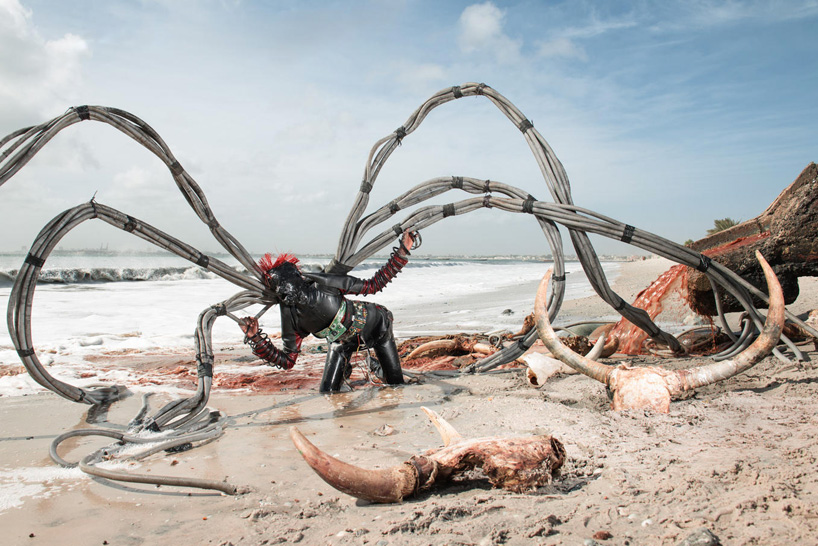 images from the ‘prophecy’ series are currently presented for the exhibition ‘africa: architecture, culture and identity’ at the louisiana museum of modern art until october 25, 2015. 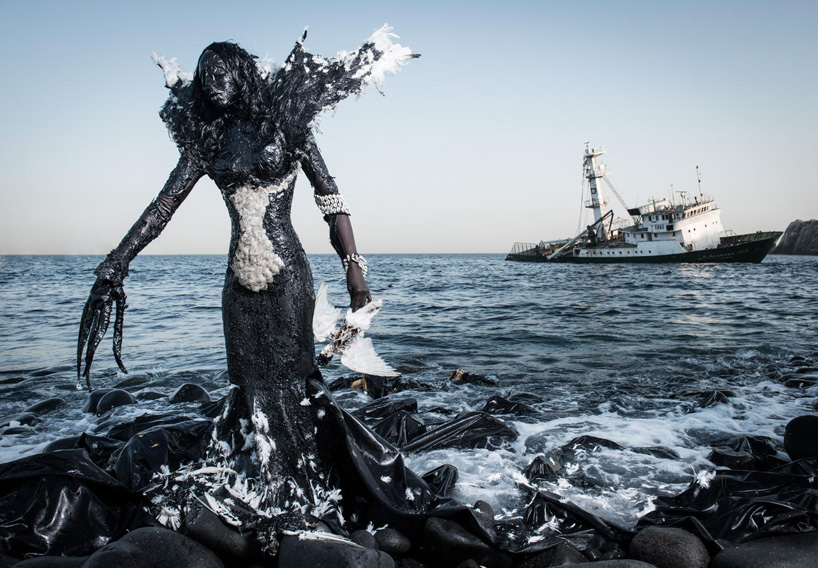 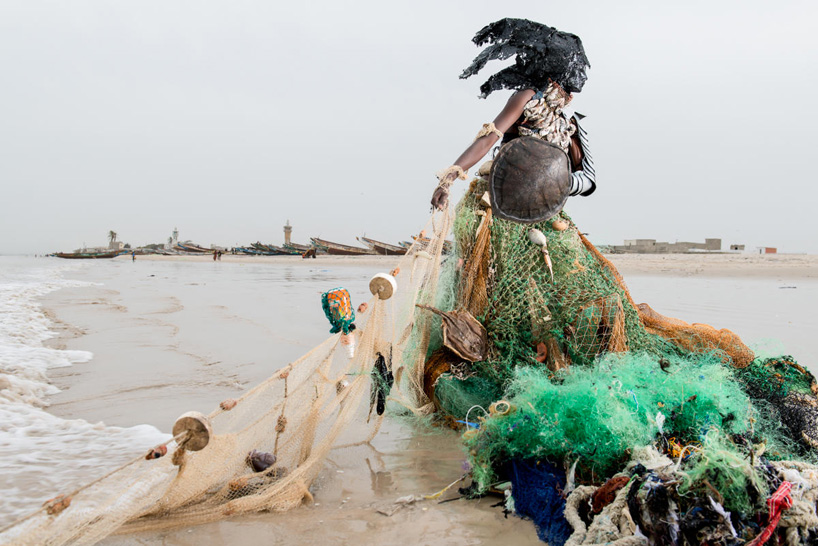 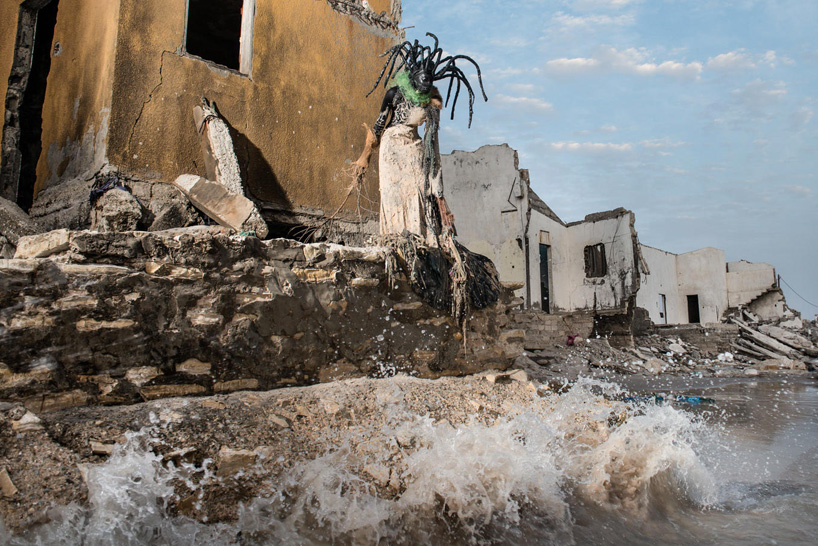 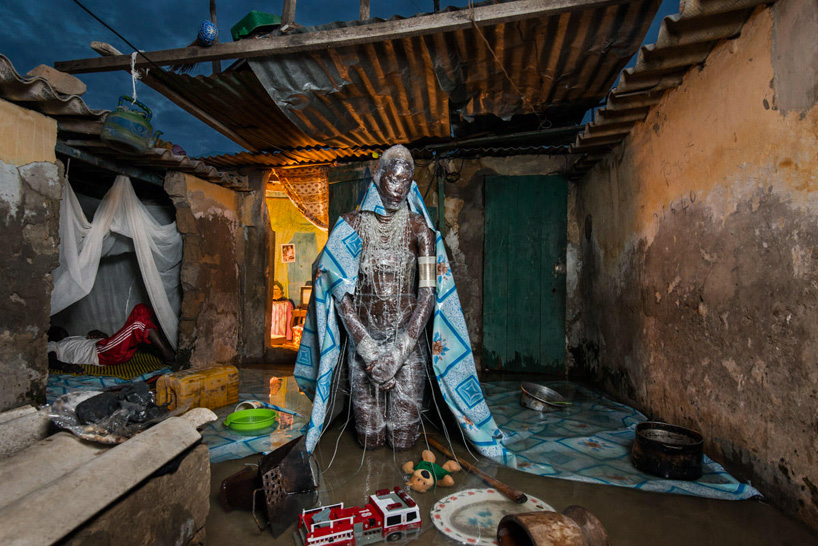 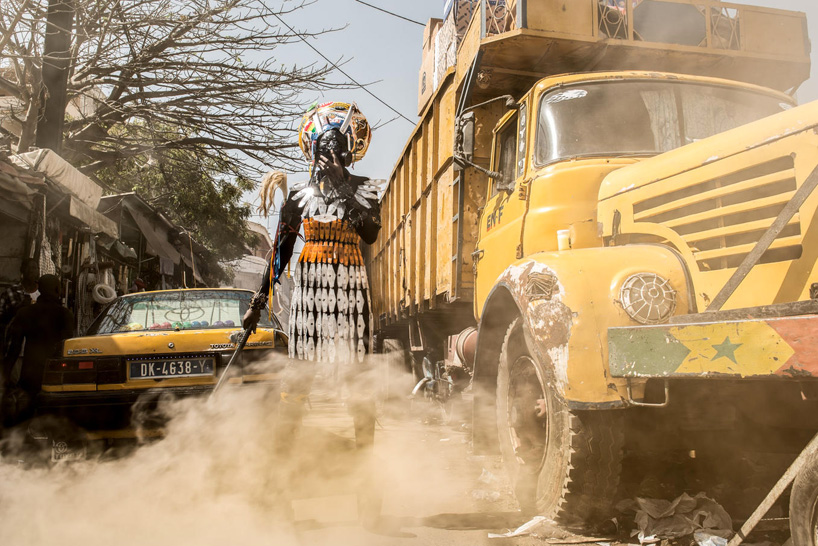