artist scott scheidly of florida, USA, had developed portraits for four notorious or influential public figures of the 20th century with an emphasis on their more feminine sides. adolf hitler, kim jong-il, joseph stalin and pope john paul II have all been re-imagined by scheidly in shades of pink and purple outfitted by accessories such as dangling earrings, jewel uniform detailing and leopard print scarves complimented by hearts, flowers and unicorns. the series is the artist’s painted reinterpretation of these feared/revered patriarchs as he substitutes their hyper-masculine attire with objects, symbols and colors that are considered hyper-feminine.

though the viewer may recall the horrible achievements of these men when gazing upon their likeliness, in this instance, their typical portrayal as being uncompromising beacons of masculinity and the centerpoints of ruthless regimes has been undercut by juxtaposition of lightened shades while still pictured in their classical portrait poses. scheidly’s painted series attempts to highlight the single dimensionality of a lone, patriarchic person in power– those who have subjected millions of people to their tyrannic rule without breaking his starkly masculine exterior– by introducing their undeniable humanity or duality in giving each male figure of power a layer of feminimity to contrast their typical portrayal. 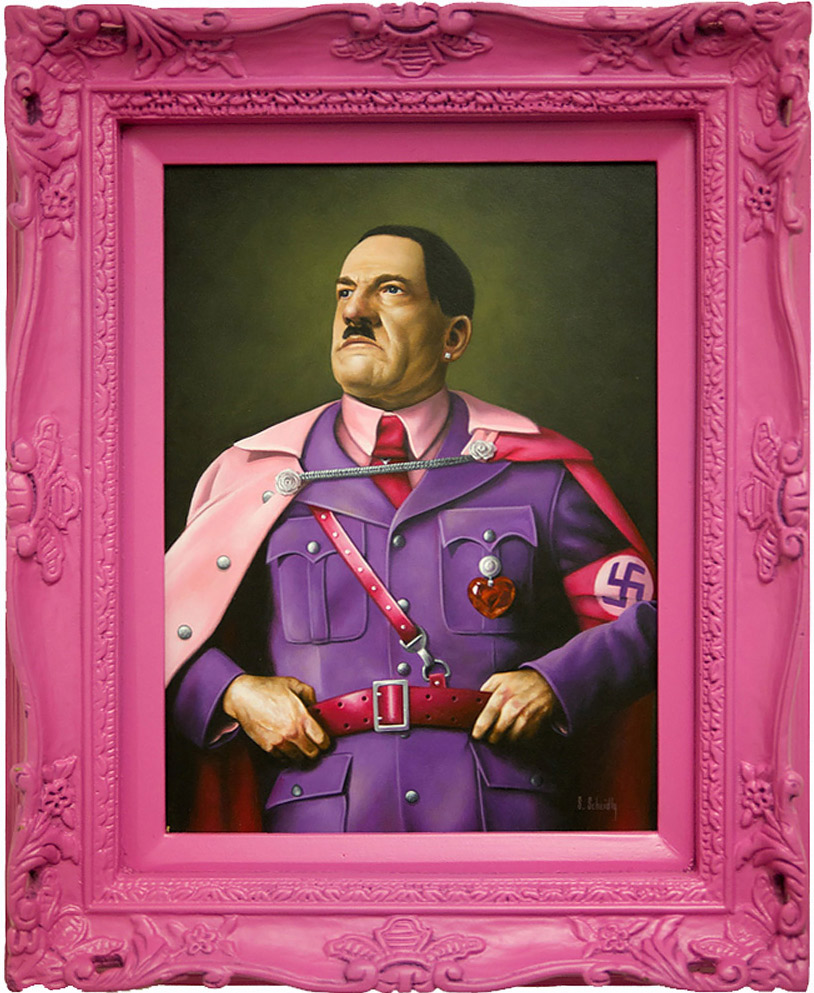 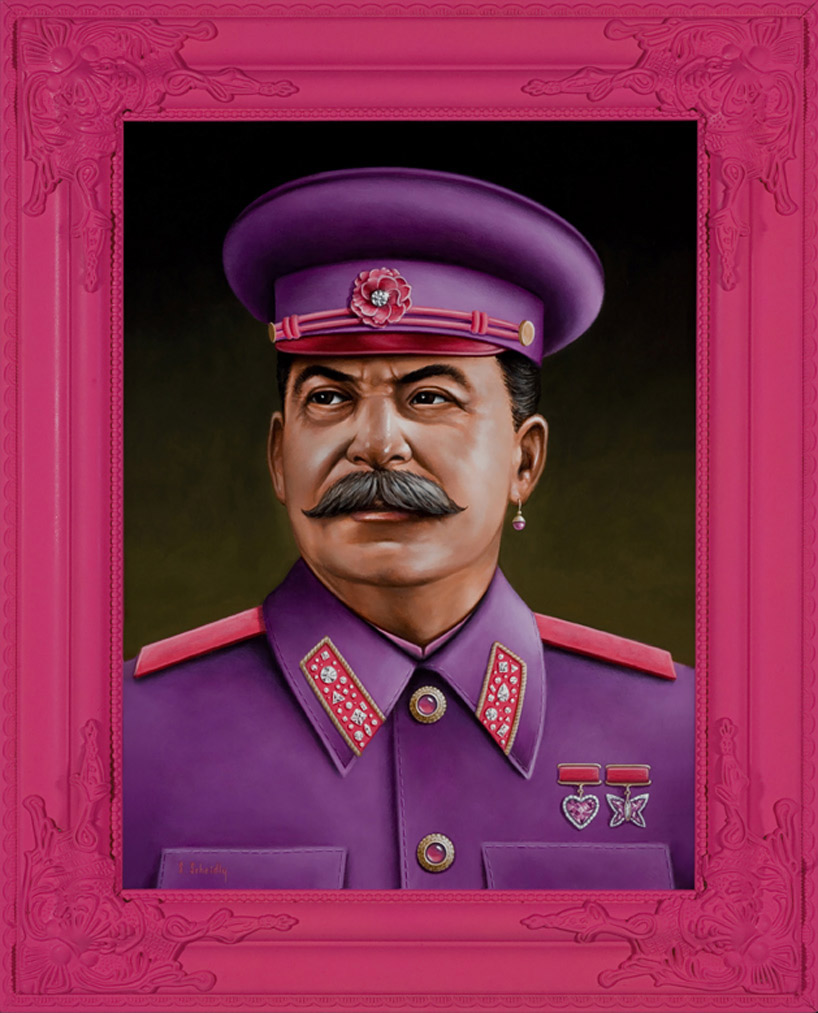 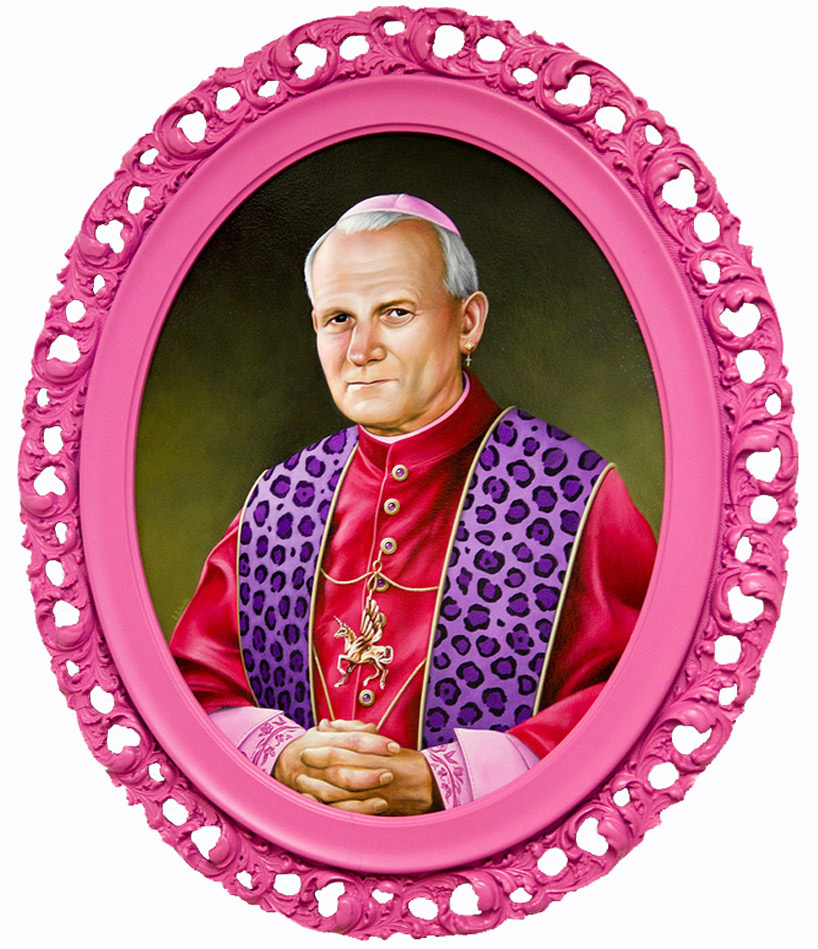