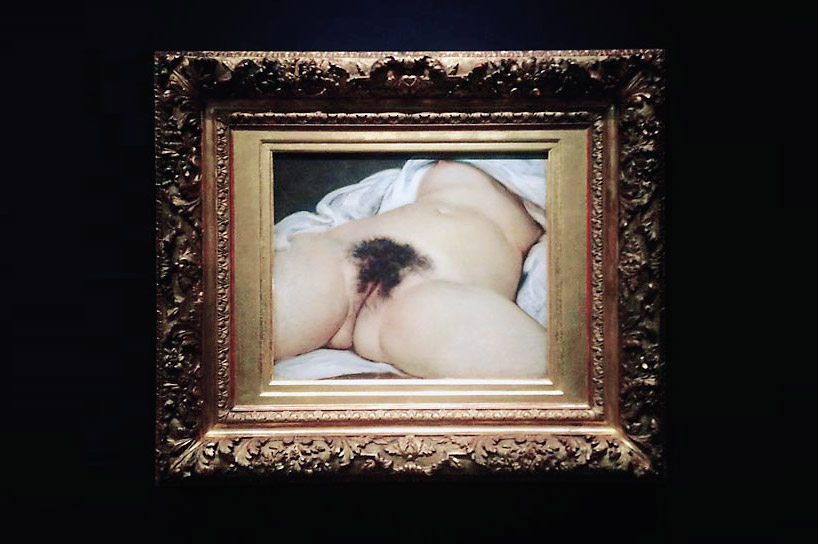 in 2011, frédéric durand—a french teacher—posted on his personal facebook account a picture of ‘the origin of the world’ with a link to an article about it. because of this sharing action, his account was deactivated without warning or justification. after seven years, the fight is finally getting a day in court, where freedom of speech and the distinction between art and pornographic imagery will be ruled. and although ‘facebook’s terms and conditions prohibit nude images, the rules were amended in 2015 to allow for nudity in works of art,’ says artnet.

the trial, which alleges censorship, will take place in france where the law guarantees every french citizen the right to speak, write and print freely. 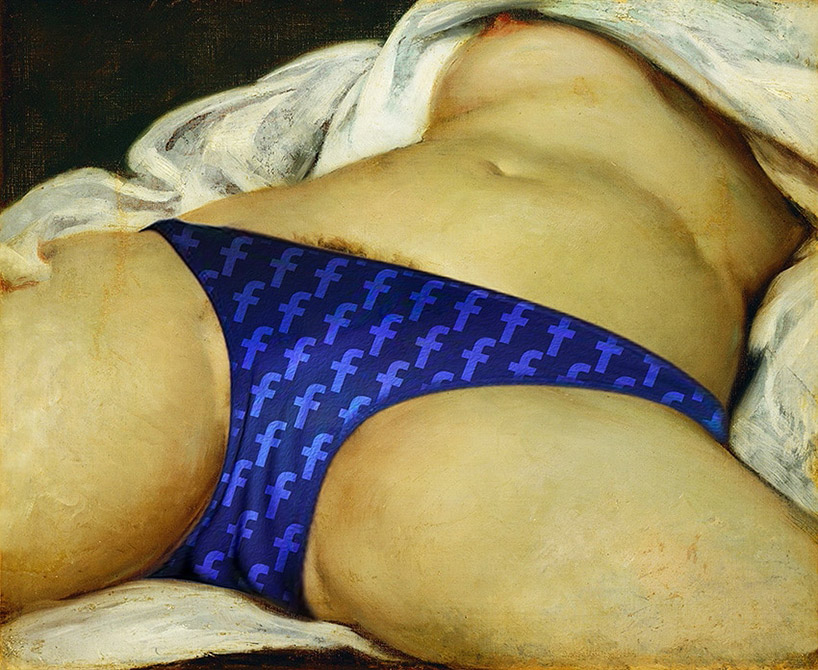 ‘I created my own updated version of the work with a touch of humor to pass the facebook censorship policy.’
image by john beckley