brooklyn-based street artists patrick mcneil and patrick miller of faile clarify their origins and focus upon 1986 challenger space shuttle imagery to ride5films. the duo began their collaboration 12 years ago under the name ‘a life’. when this name became appropriated by another organization working around the same time, mcneil and miller changed their title to faile, an anagram spelling ‘a life’. faile started with a series based on a collection of photographs of female nudes by mcneil, but, as their style grew, so did their iconography.

‘some more aggressive some more whimsical. really just a range in play. we were in school at the time so i think we were really just experimenting with graphic language. and starting to build this larger narrative and library of our images and our work.’ -patrick miller

early in their collaborative work, the two men were discussing how a minimalistic image may be powerful enough to trigger a collective memory such as the john f. kennedy assassination or the attack of the world trade center in the USA. faile initially considered their very specific interaction with the instance of the challenger space shuttle crashing in 1986. both miller and mcneil were still in grade school and were pulled out of class to watch the launch on live television, witnessing first hand the tragedy which occurred on that day. based on this conversation, faile conceived a simple and triggering graphic of this event and placed this image around the streets of new york as the first instigation of their artistic collective with the symbols ‘1986’, ’51-L’ and the image of a falling space shuttle which had been set aflame. 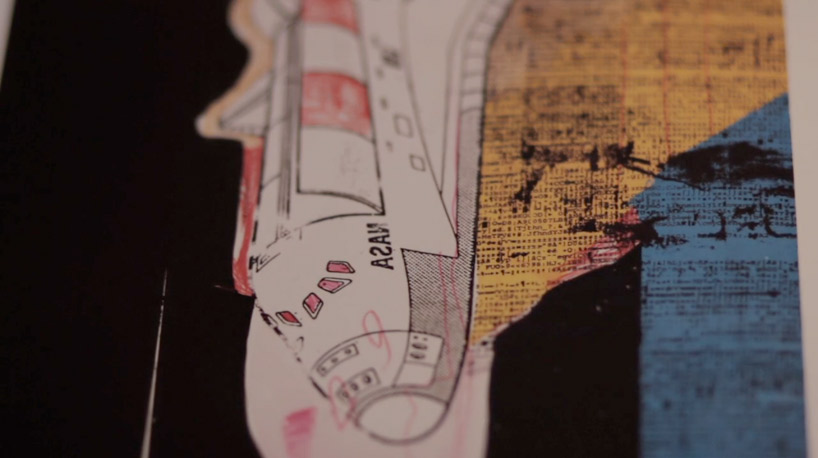 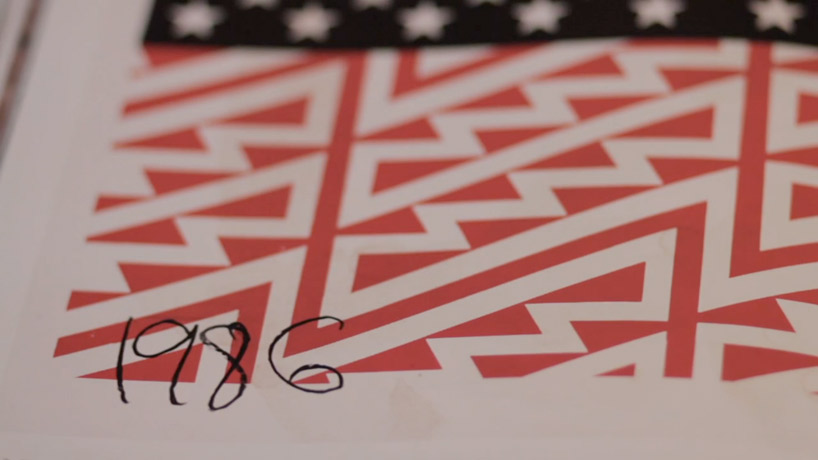 a screen print by faile with their signature ‘1986’ image

older works by the collective 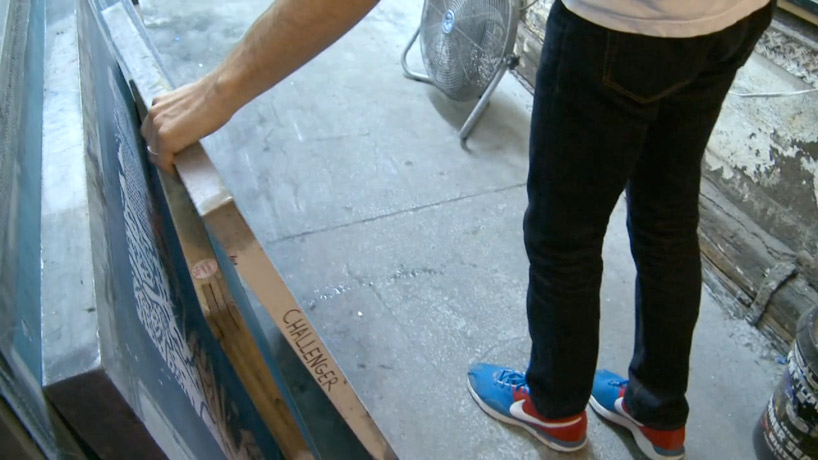 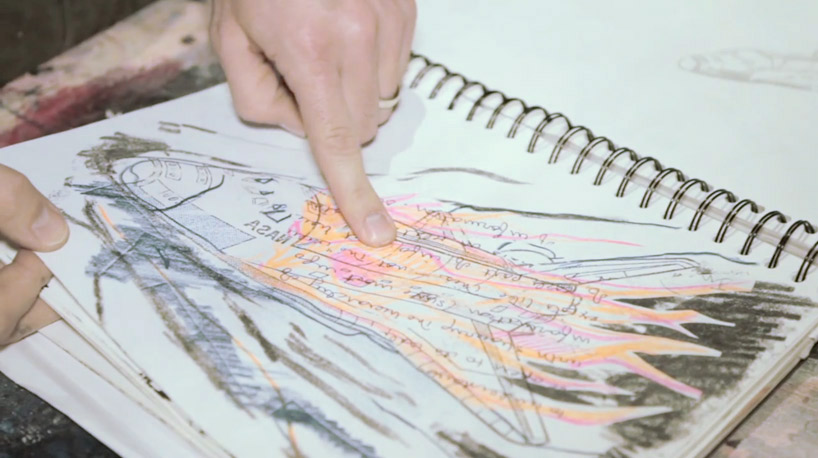 view of the artists sketchbook 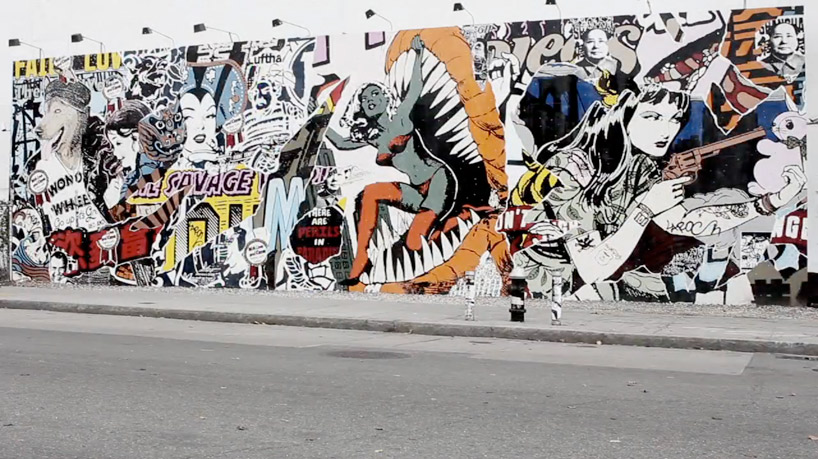 faile’s work in the street 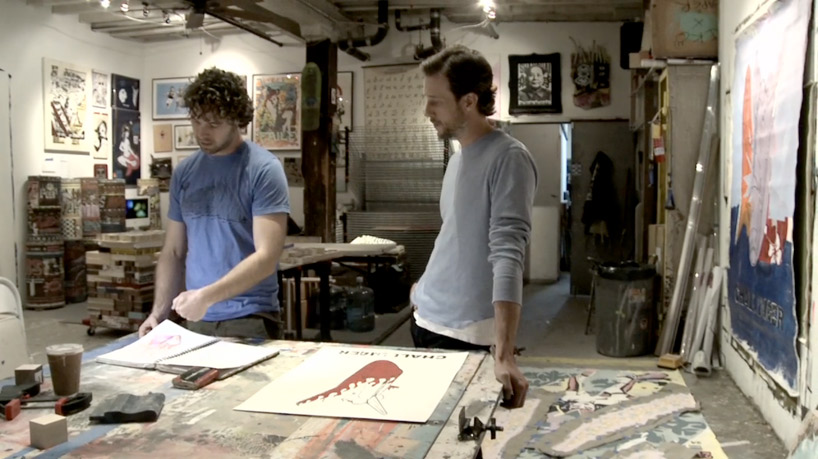 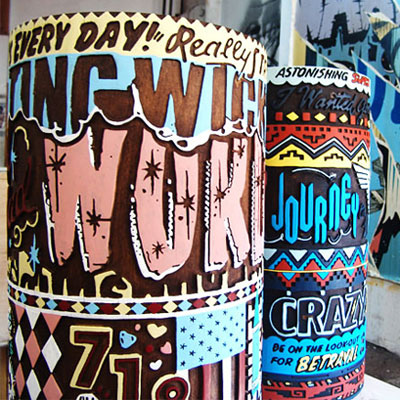