mick farrell and cliff haynes have collaborated to create ‘straw camera’, an analogue machine that produces fragmented images which hark back to the pointillism movement. the technology used by the two artists is far simpler than you might think—their home-made camera box is filled with 32,000 drinking straws. 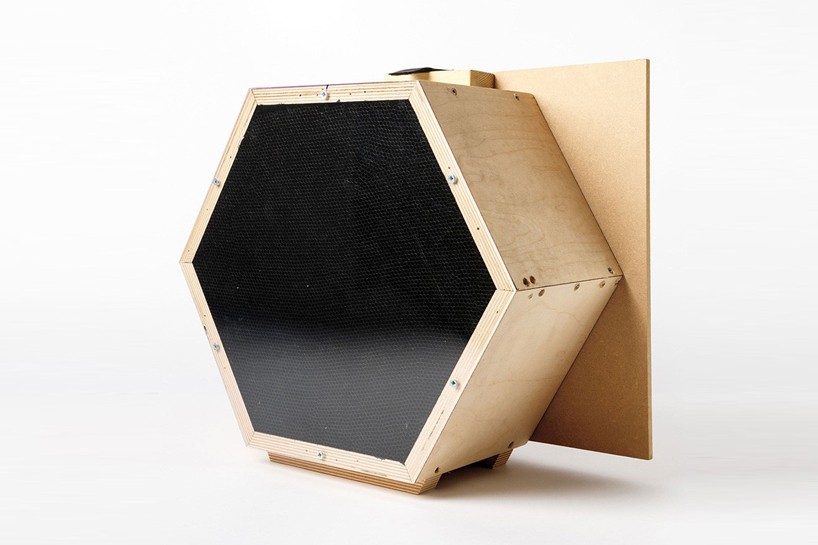 the project stemmed from a mutual interest in creating photographs in the most direct way possible. having previously experimented with pinhole cameras, the duo went on to create ‘straw camera’ – a creation that is now far distanced from its pinhole roots. instead of producing an image from a single point perspective, as would a pinhole, its straw counterpart produces a multipoint perspective from an array. each individual drinking straw forms a tube that collects light and records it onto the photosensitive material placed at the other end of the camera. 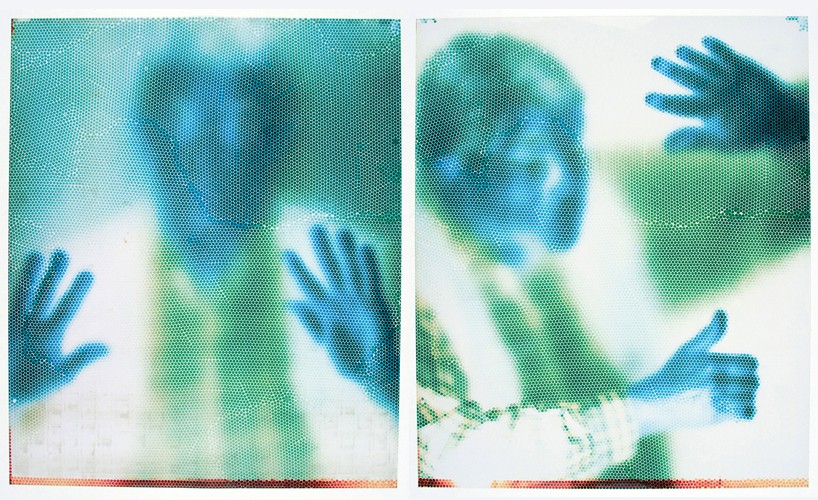 haynes explains that the straws have a ‘raw’ f stop, where a 254mm long, 22mm wide straw gives an aperture of about f127, which they used as a starting point for exposure. each straw has its own density and hue, and the analogue creation gives a straight indexical rendering of whatever is placed directly in front of it. 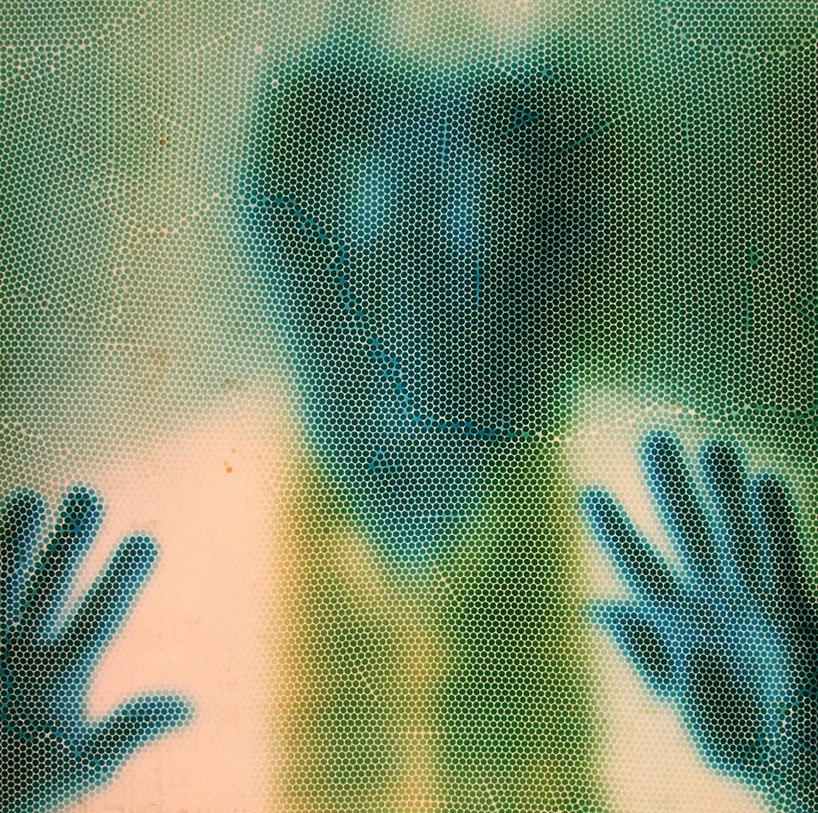 the resulting images take on a dotted, fragmented effect, similar to low-resolution television displays from the past. the pictures have no depth of field, meaning the lit subject recedes into the background. in an age of high-res cameras and HD screens, the images are a direct juxtaposition to the media that surrounds us. haynes elaborates, explaining that their work serves as a reminder of just how transitory perception is. 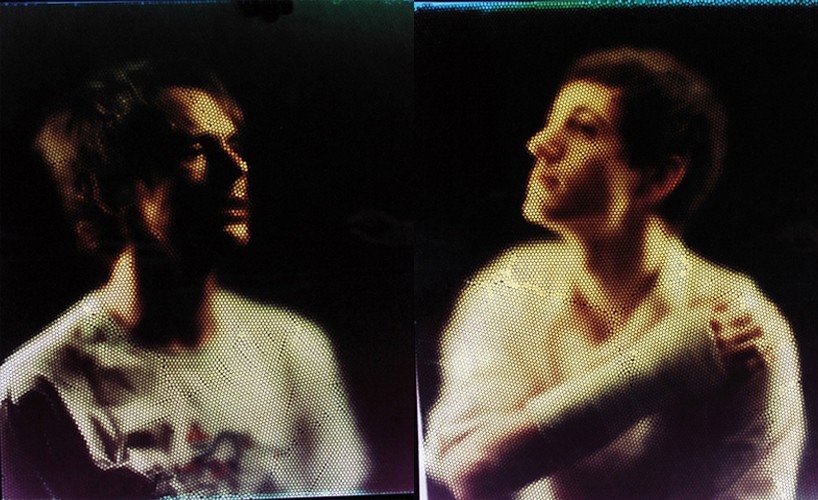 the straw camera measures 20 x 24 inch, and the two artists have experimented to produce black and white, color, and negative images. they also explored the use of corrugated plastic instead of straws, to achieve a more even effect. 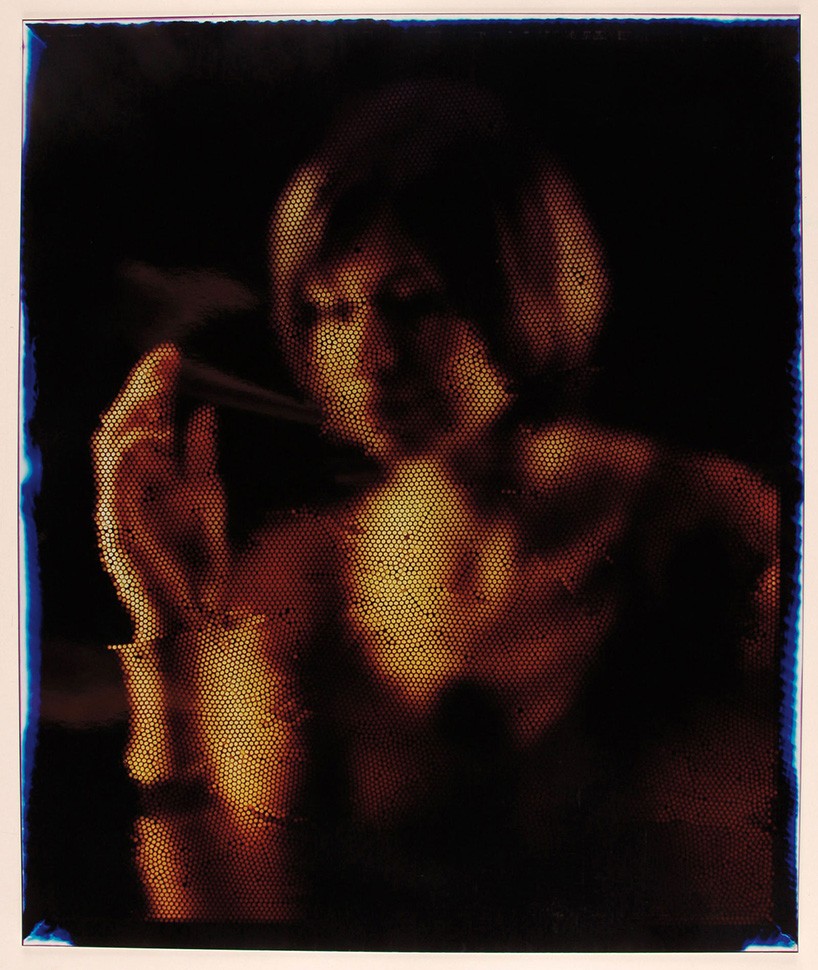 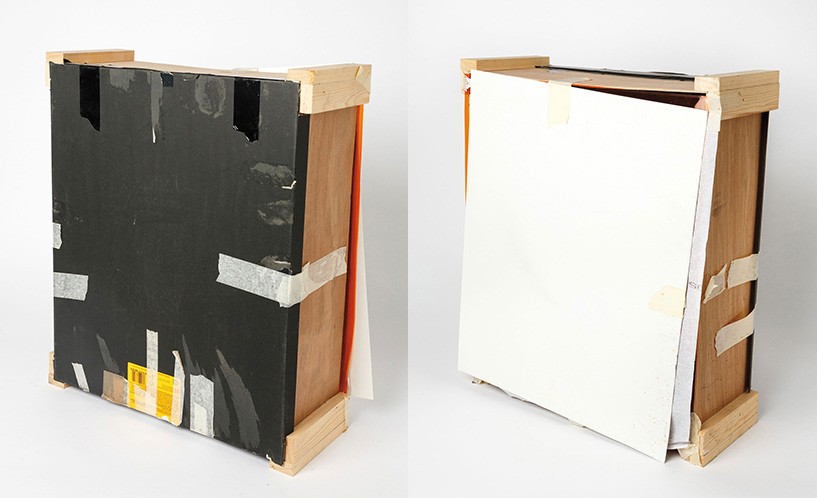 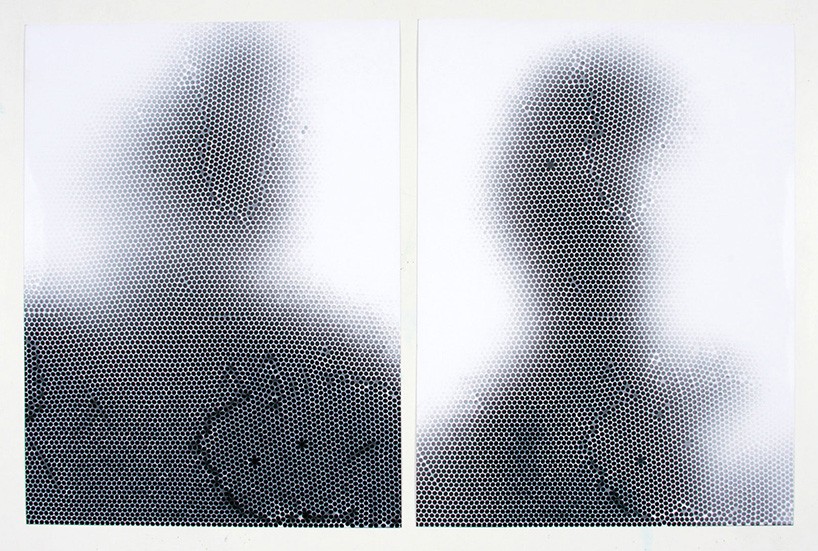 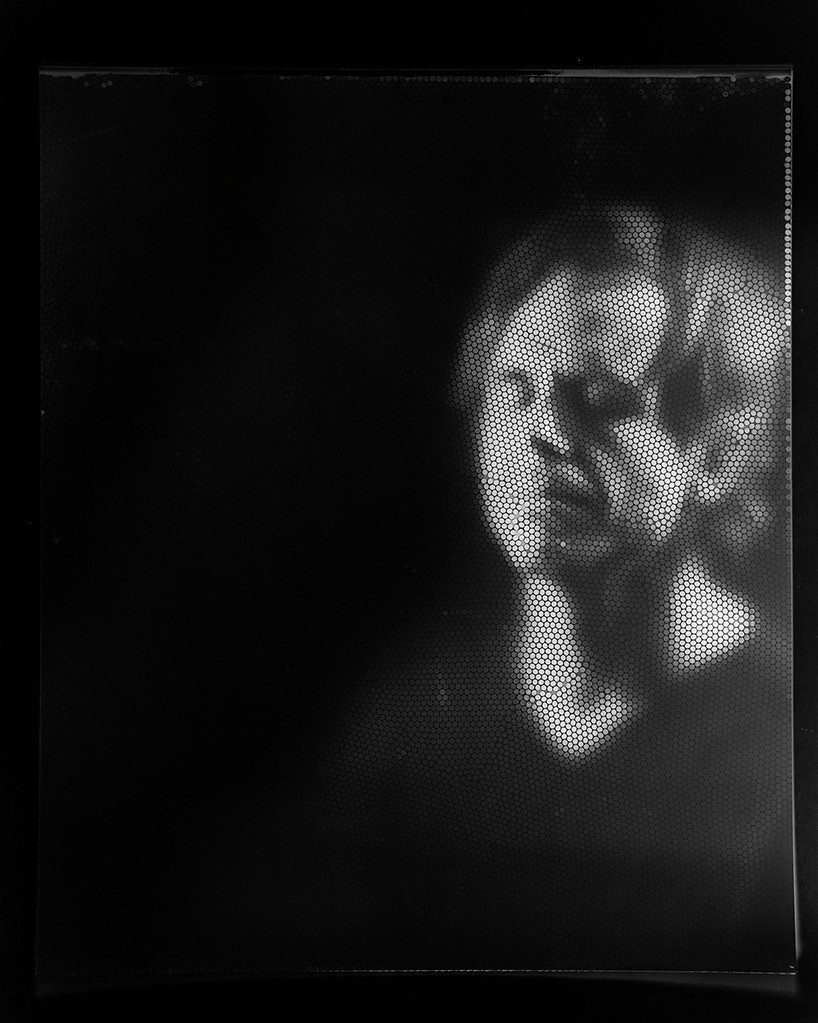 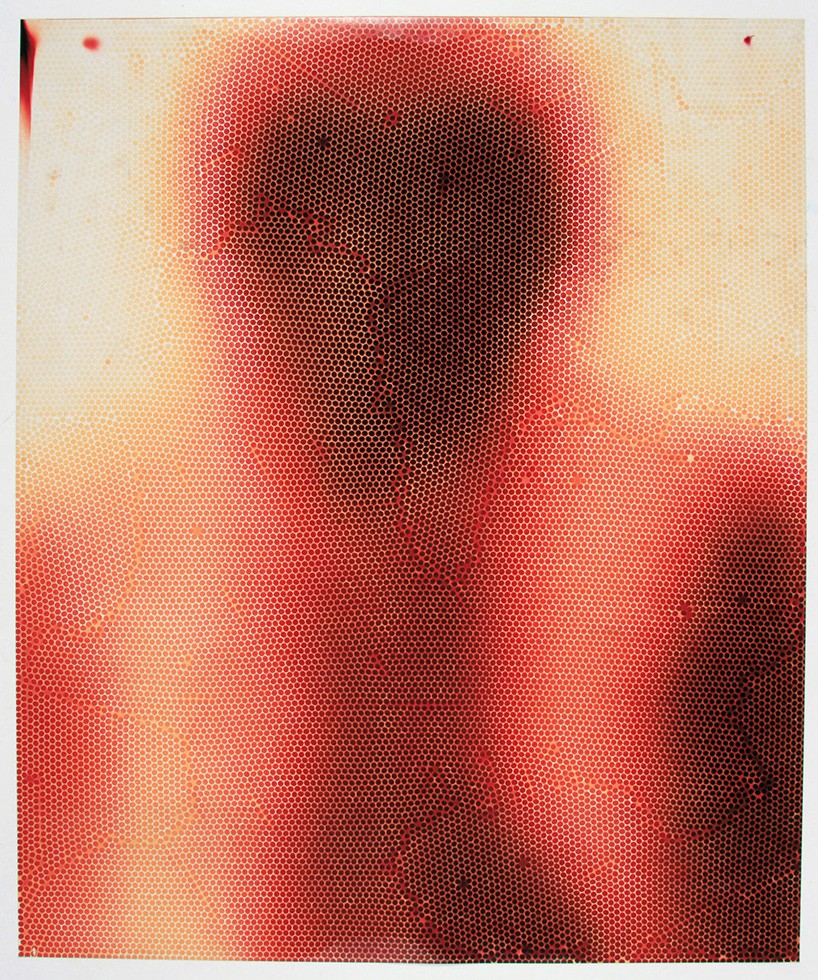 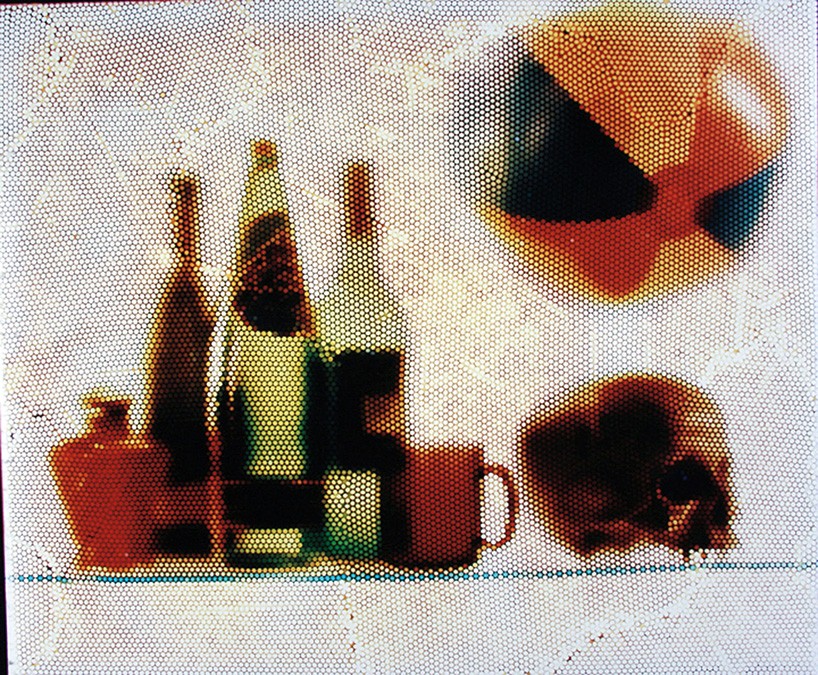 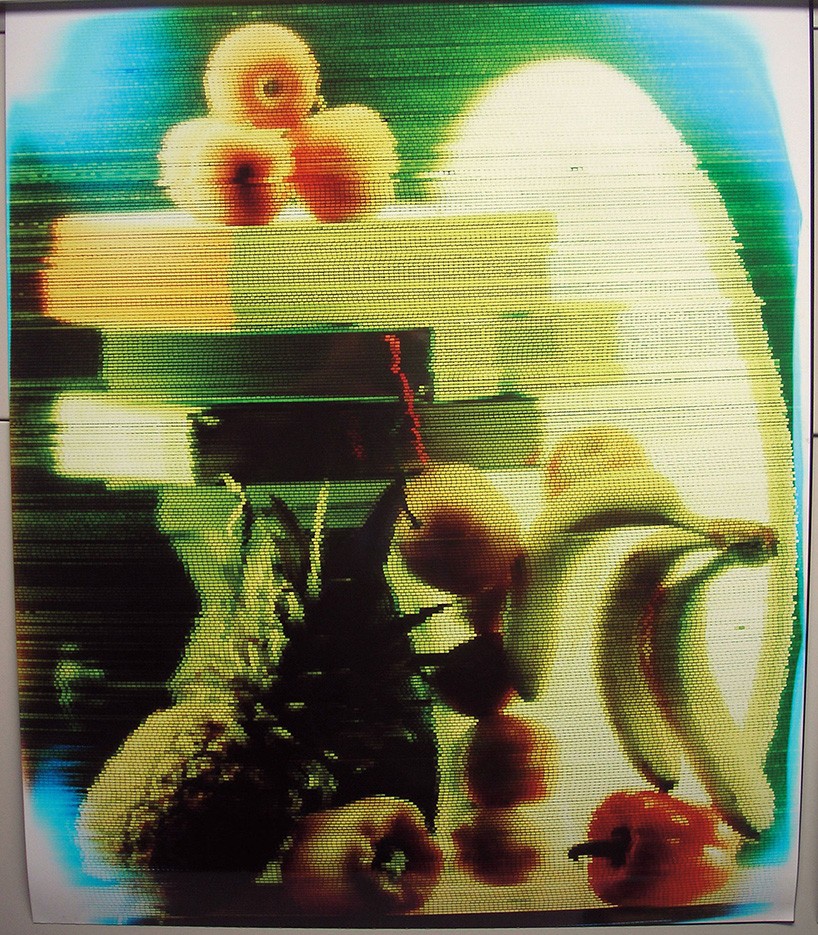