design researcher mike thompson and artist arne hendriks want to create a community to reflect on what they regard as the defining substance of our age: fat. relating to health, beauty, energy, ecology and consumption, the duo aim to to make fat visible without falling into preconceived notions of what fat is, how it functions, what it means, or how we should regard it as a society. how? they’re going to build an island of it — a ‘fatberg’.

the ‘fatberg’ project aims to address how we as a society approach the idea of fat as a substance, one that is already deeply matrixed by its own positive and negative connotations. ‘fat has lost its function — we just get fatter’, says arne hendriks. ‘never in the history of the world has there been this much fat’. currently, ‘fatberg’ exists in an embryonic state, but the duo are recruiting over on kickstarter for help in getting it island-sized. the fatberg island is built similar to making a snow ball: warm liquid fat (they don’t discriminate on what kind) is dripped onto the surface of the floating embryonic island. as the added fat solidifies, it merges with the fatberg — causing the small, flesh-like island to grow. 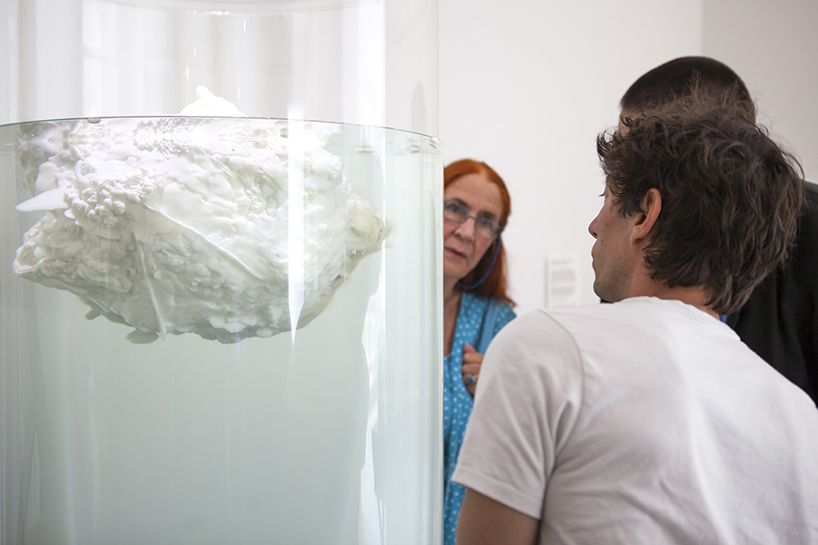 the project has recently found a new home at the NDSM-shipping wharf in amsterdam, and it is here that the final fatberg island will be located. ‘our ultimate goal is that fatberg develops it own cultural presence, becoming an iconic point of reference to stimulate research and debate,’ continues henriks. together with MU artspace, the NDSM foundation, architects space&matter and construction company autarkhome, thompson and hendriks are working on a floating construction site, and in the spring of 2017 they will start building the island. using an innovative new kind of floating concrete, a number of pontoons will be built to facilitate the island’s growth. each pontoon will have a distinct function, including a visitor’s centre, office space and facilities for the collecting and rendering of fat.

ultimately, the island will play home to a public program of events revolving around the many incarnations of fat in our lives, and will include round table discussions, presentations, cooking courses and even a scuba-dive tour of the island itself. 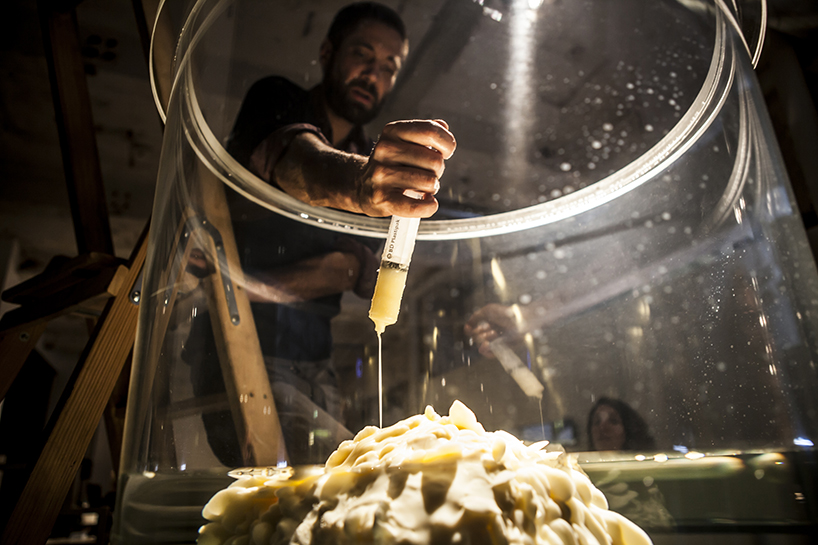 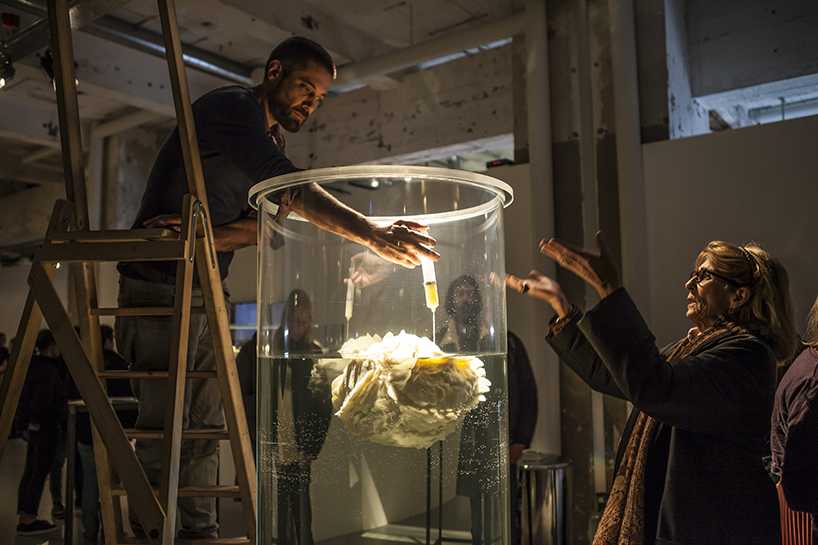 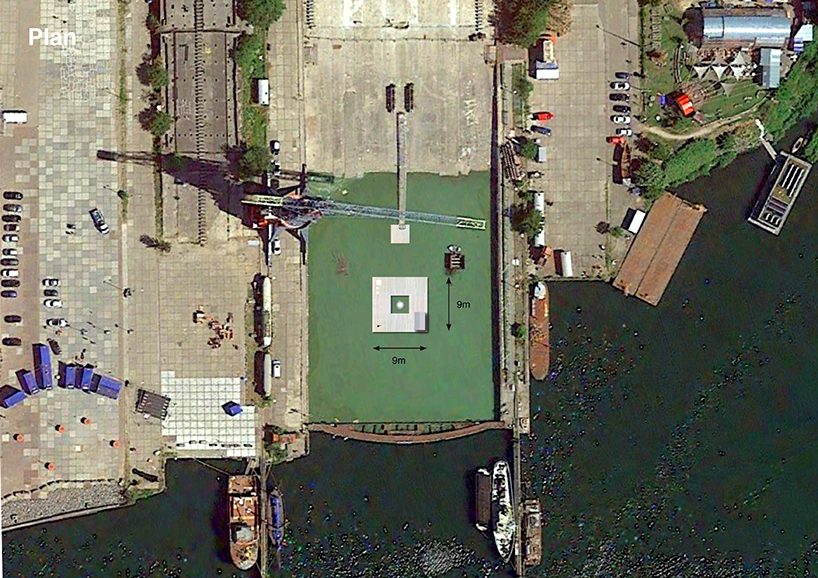 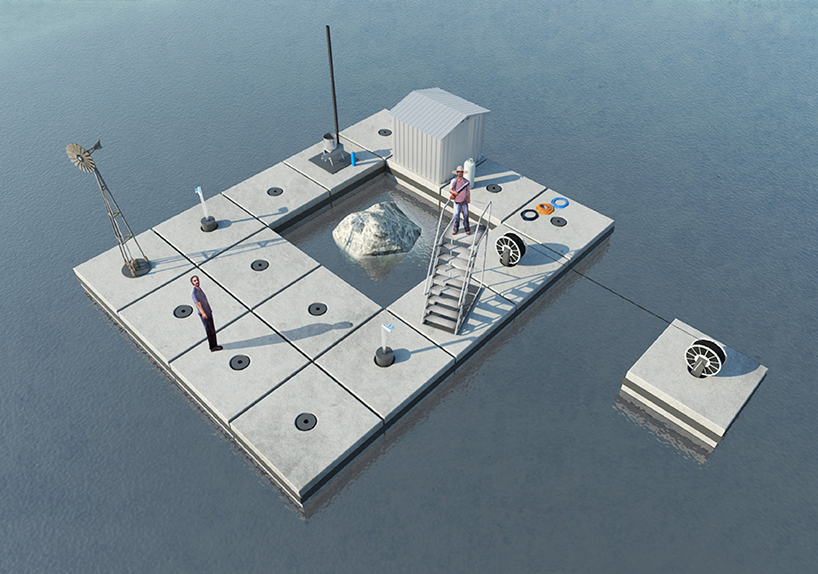 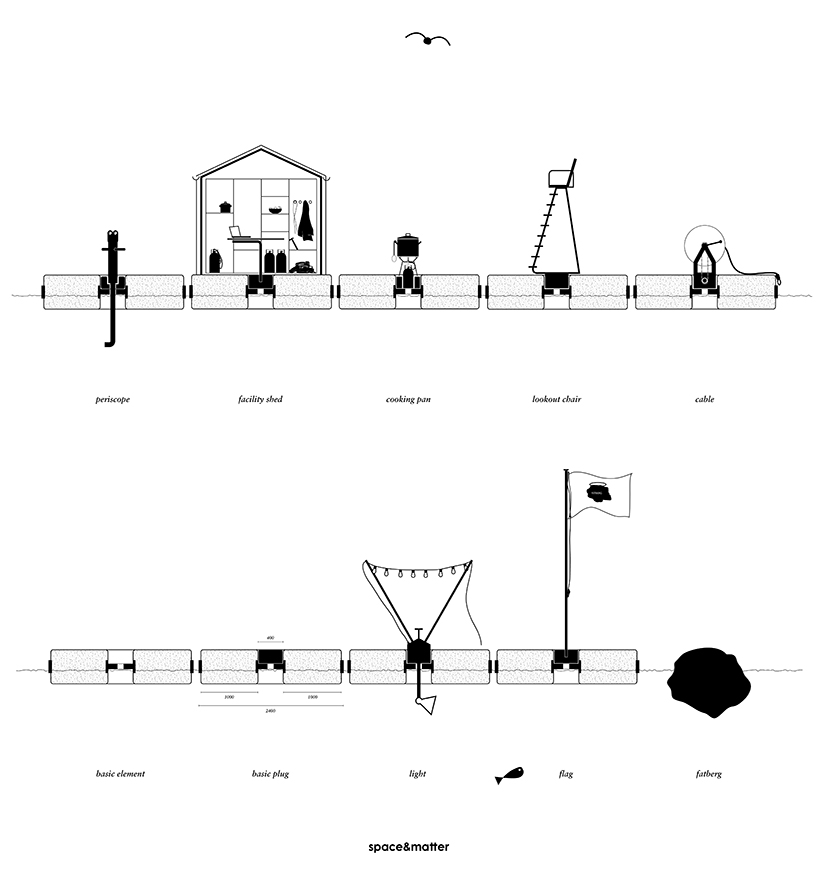 each pontoon will have a distinct purpose — visitor’s centre, offices, and facilities for collecting fat
image by space&matter