as part of the 2011 shenzhen hong kong biennale’s program (SZHK), dutch art collective haas&hahn (jeroen koolhaas and dre urhahn) who founded the favela painting project, curated and presented an exhibition of their initiative’s work, which aims at turning public urban spaces in communities facing social difficulties into monumental works of art. the art of favela painting is not about cosmetically ‘camouflaging’ an area, but rather rejuvenating deprived areas of a city and creating a positive social effect on the general district at hand. it is a means of imagination and rethinking, redesigning and rebranding a community at whole.

in 2005, haas&hahn began with developing the idea of creating their community-driven art interventions in brazil. they set-up a series of project in rio’s vila cruzeiro, which later spread to places such as santa marta. the duo’s artistic venture offers local youth education and job opportunities, while beautifying their community and making it a more pleasant place to live. together with these local youth, koolhaas and urhahn have created striking facades which have become iconic works of art within rio’s urban landscape. koolhaas and urhahn have been invited by the SZHK biennale to realize a favela painting in shenzhen within the  old buildings of luohu cigarette factory. 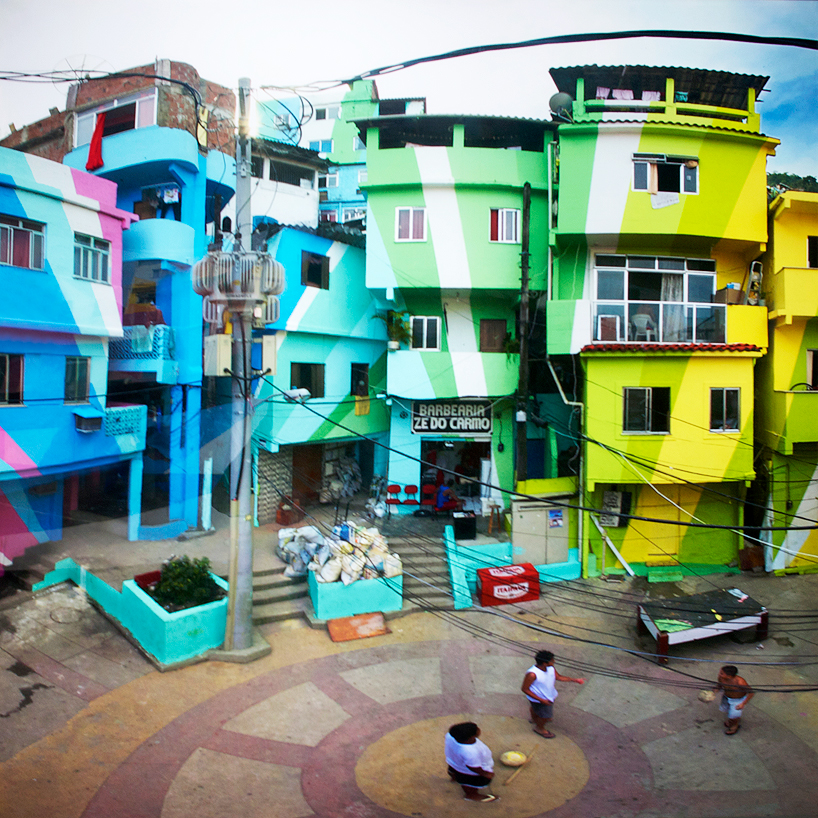 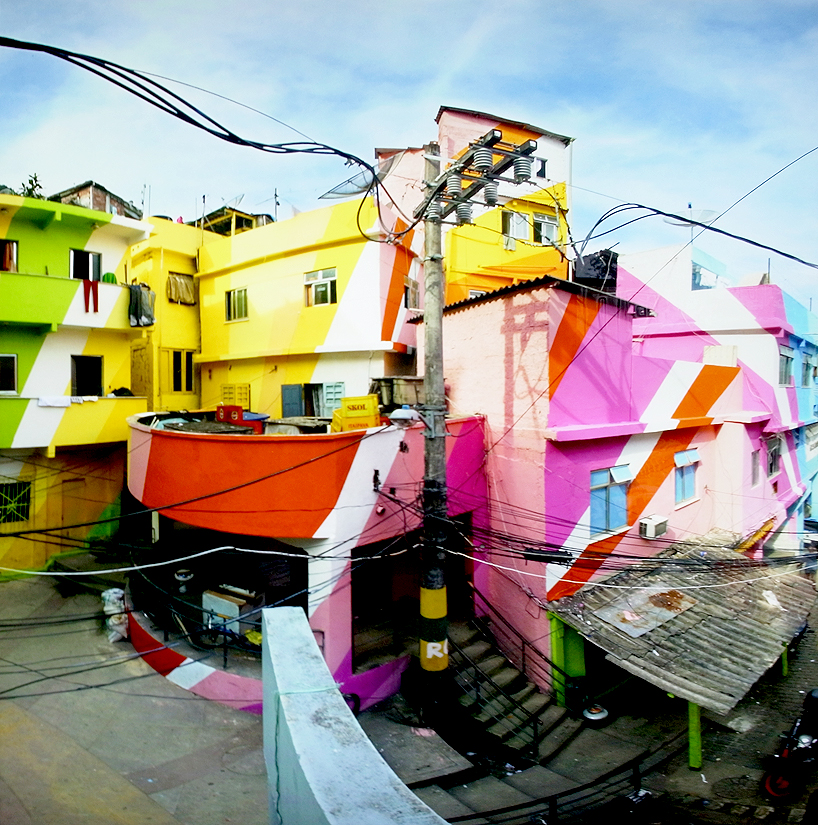 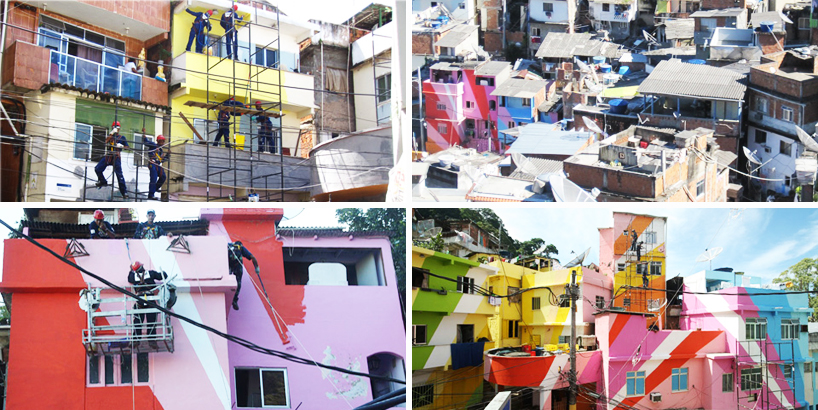 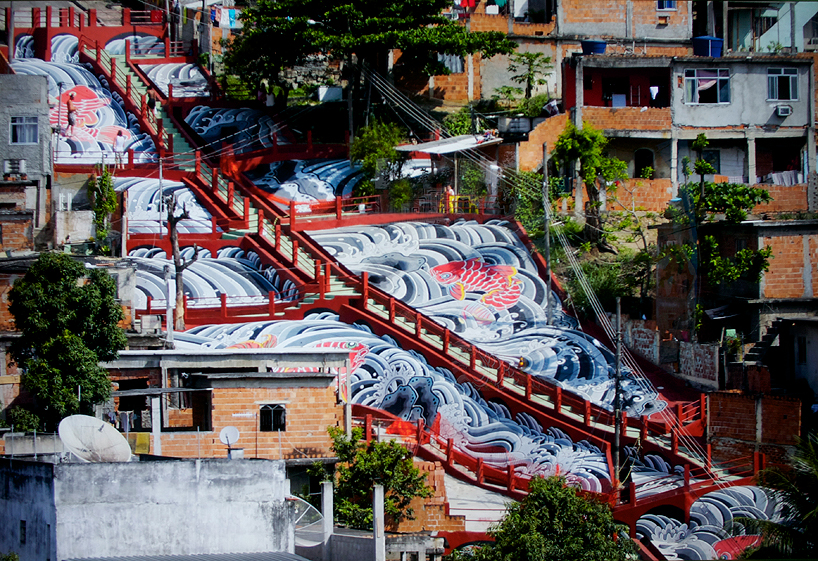 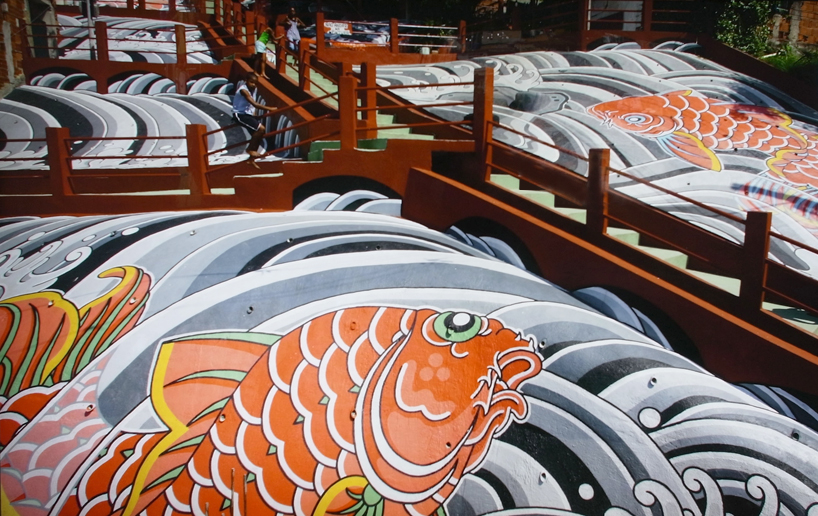 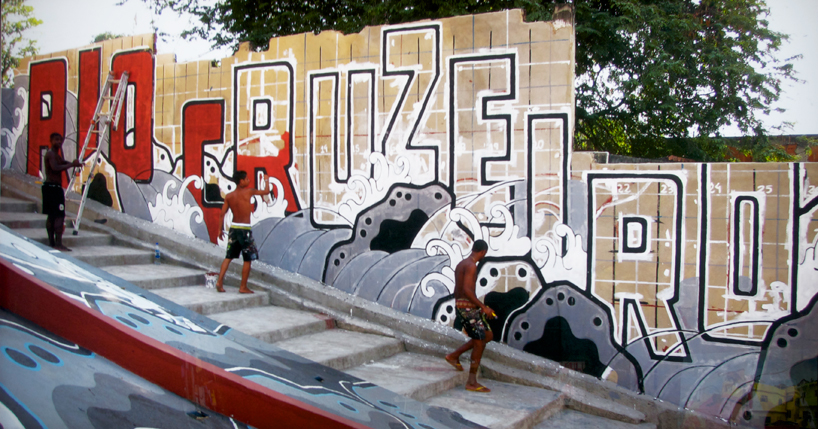 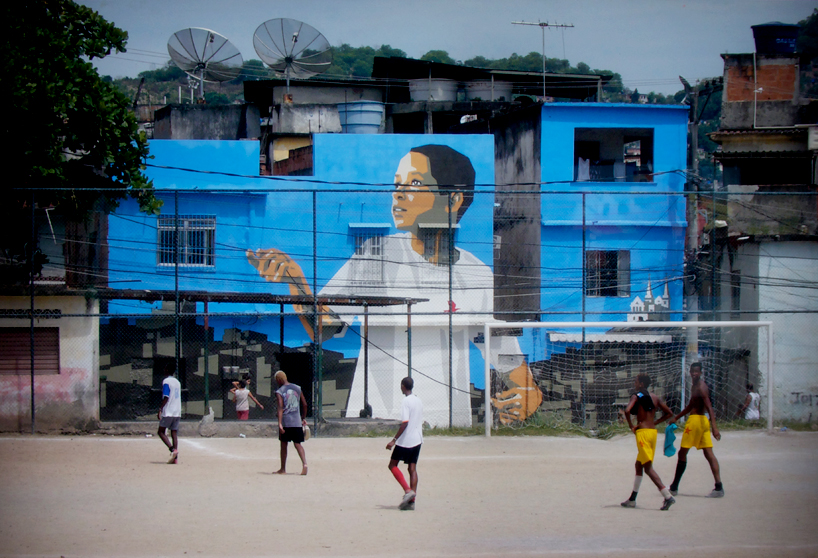 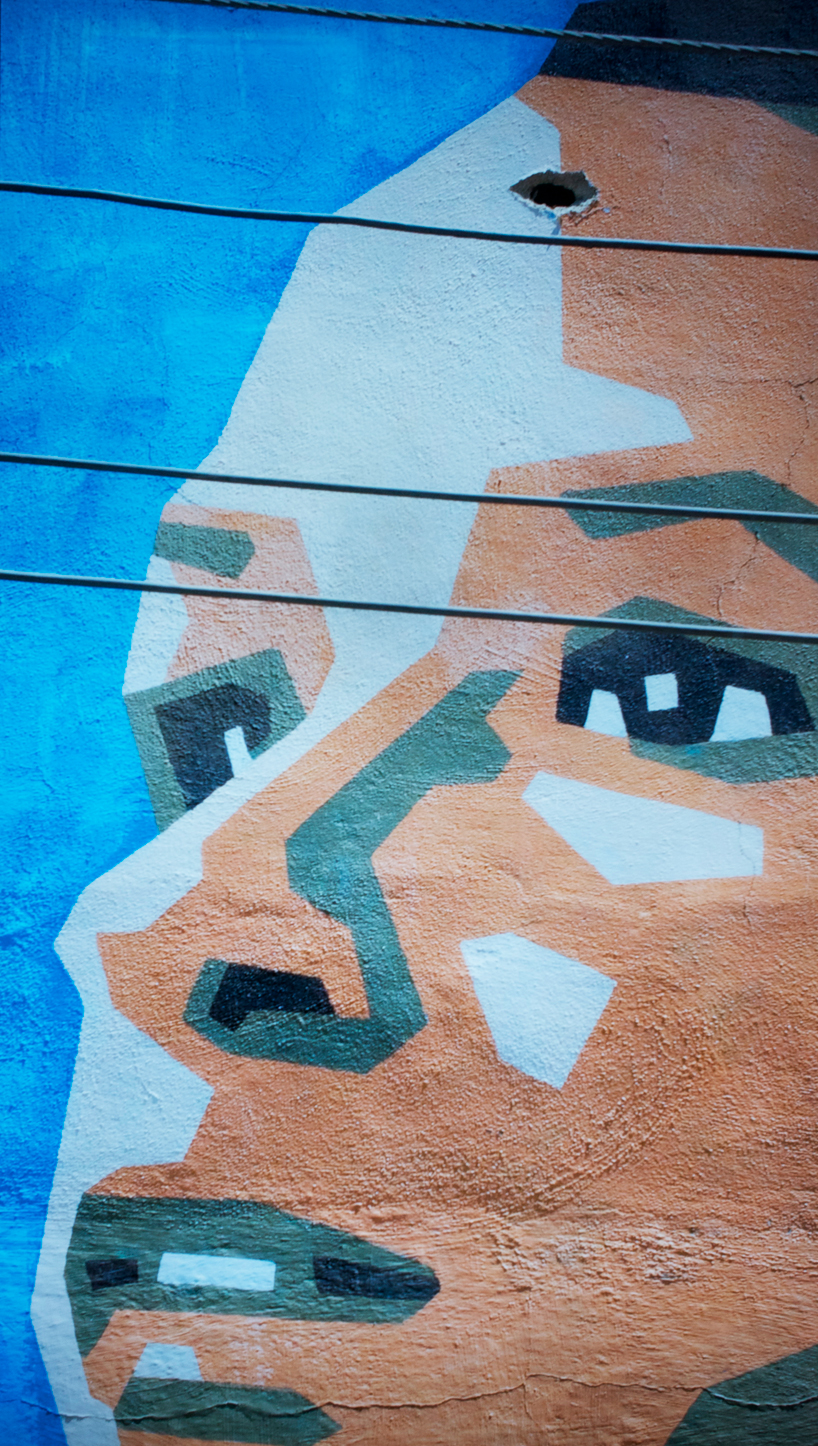 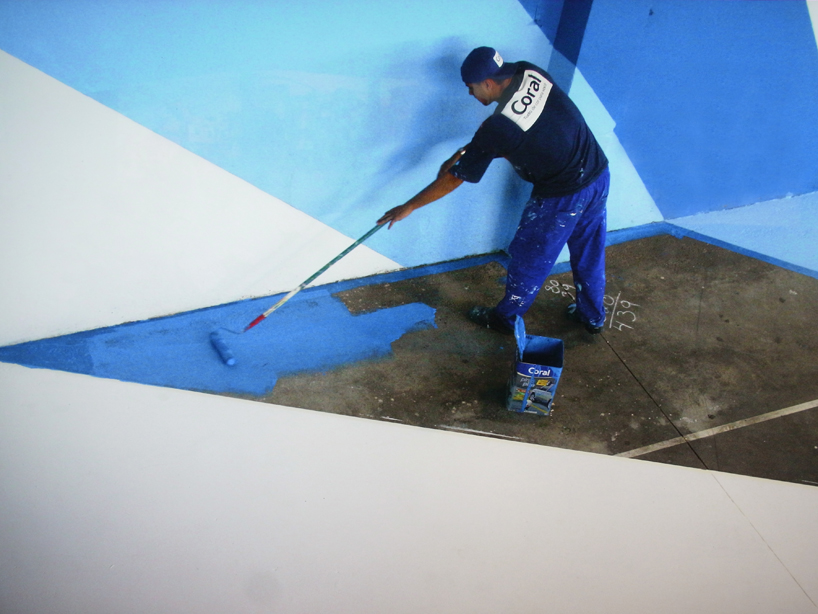 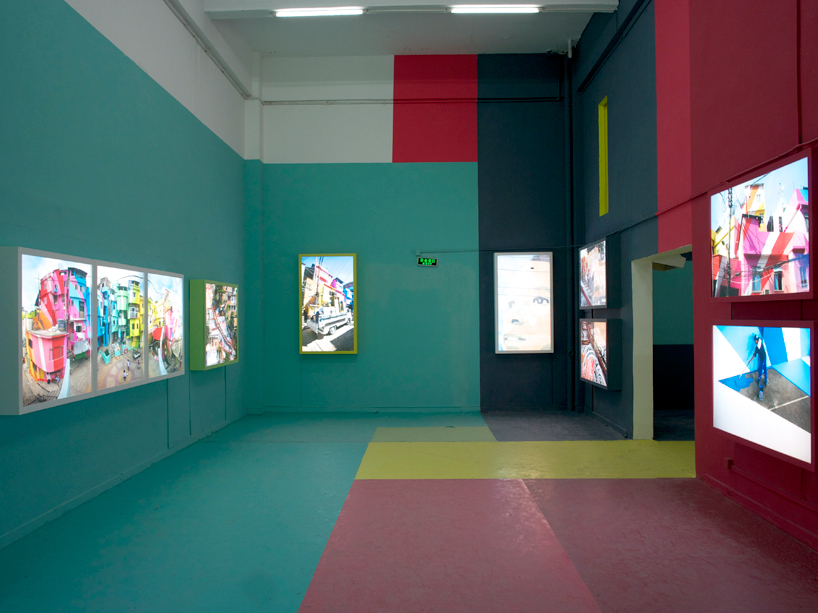 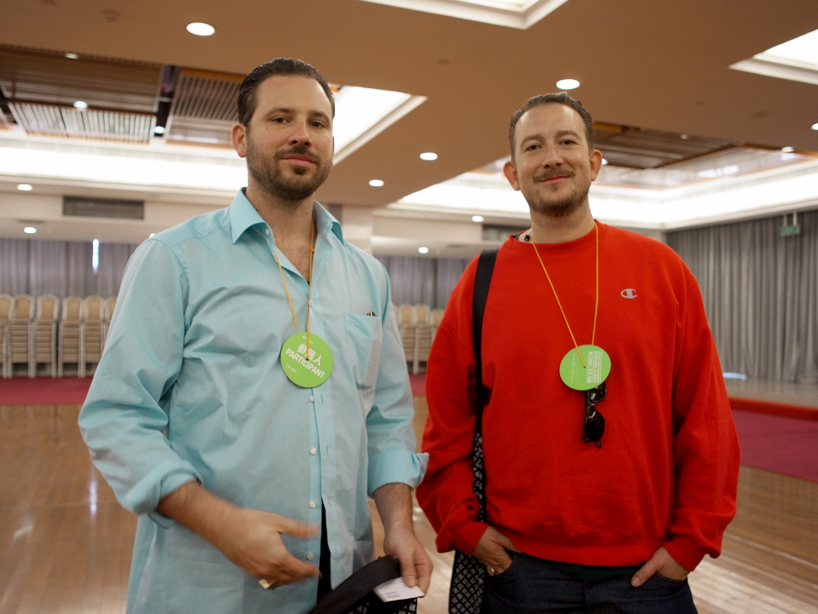 in shenzhen, china ran from december 8th through december 11th 2011. the scale of certain projects is such that the architect becomes not only a designer of buildings but also city planner and landscape architect and the shenzhen & hong kong bi-city biennale of urbanism \ architecture reflects this in its theme: architecture creates cities – cities create architecture. the SZHK biennale is the first to focus on urbanism as an ongoing theme to explore issues of the city as an active agent in contemporary culture. the program included more than 30 exhibitions, symposiums, panel discussions and performances. terence riley has been appointed chief curator (he is the first international curator for the event). the hong kong edition will work to complement the shenzhen biennale in an integrative way and is curated by gene king and anderson lee currently under preparation and due to open in february 2012. designboom is the principal international media partner of the SZHK biennale. 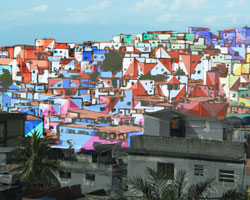