italian illustrator federico babina celebrates the kings and queens of architecture by turning them into playable protagonists on a deck of cards. while a set might be most commonly used in a game, often small ‘houses’ are built by stacking the sheets in semi-architectural arrangements. with this in mind, babina turns the portraits of famous figures from the creative community — like le corbusier, zaha hadid, kazuyo sejima and mies van der rohe — into the faces of playing cards. each character is accompanied by geometries and forms most commonly used throughout their practice, alongside significant shapes and elements from their architectural styles.

‘I’m interested in playing with architecture ‘seriousness’ and illustration ‘lightheartedness’,’ babina says. ‘games and architecture are seen by many as a distant concepts, but to enjoy the creative process I need the game. I had a ‘serious fun’ making this deck of cards.’ 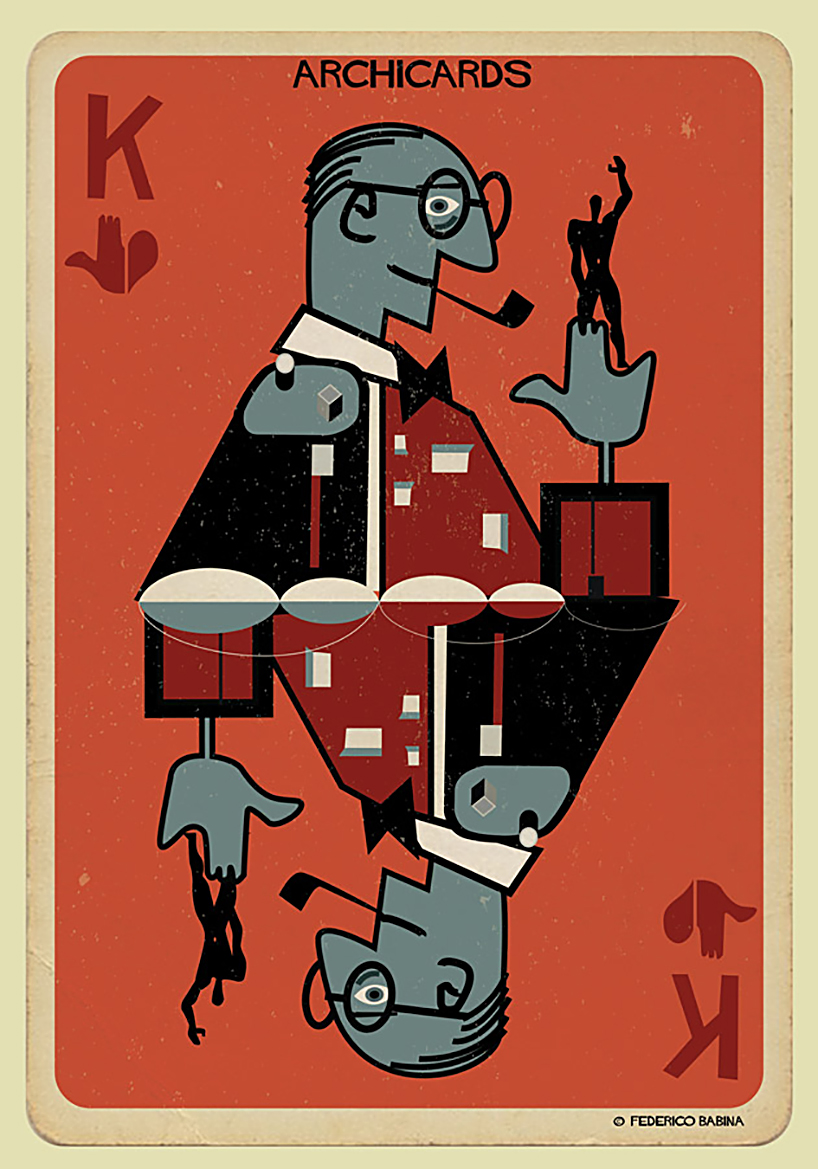 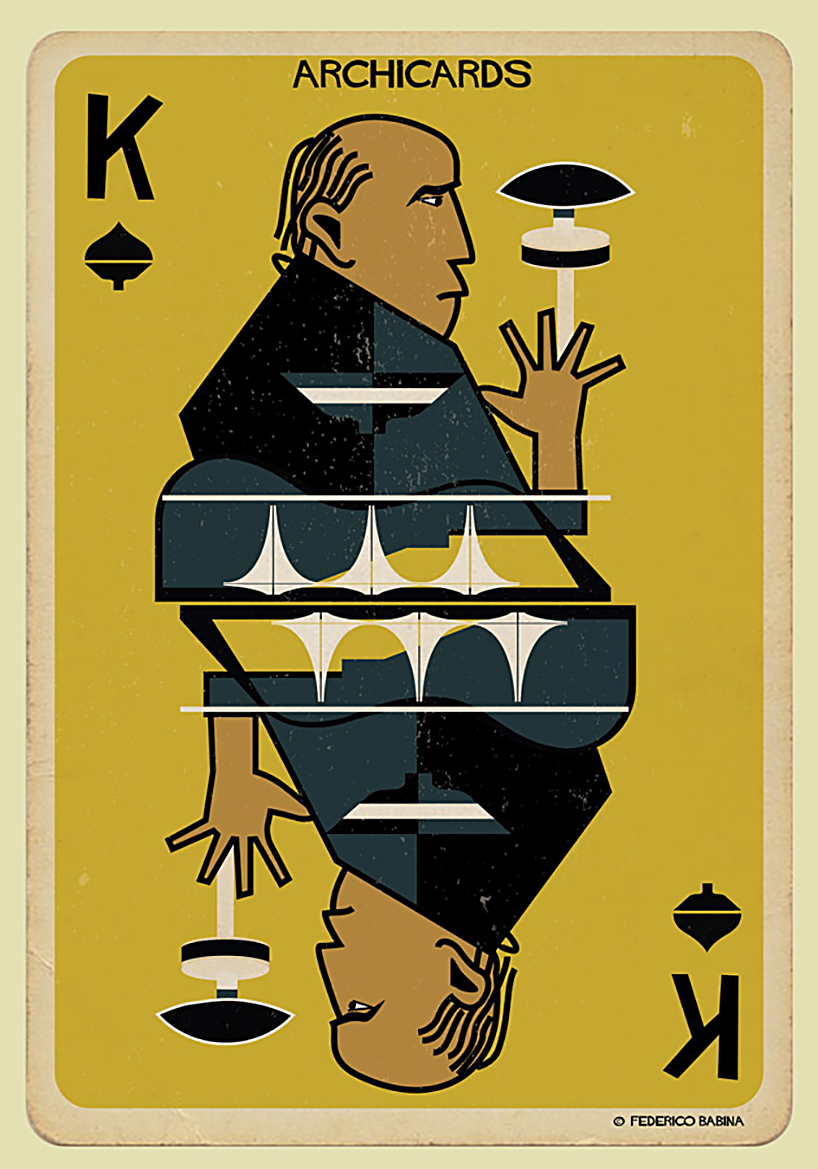 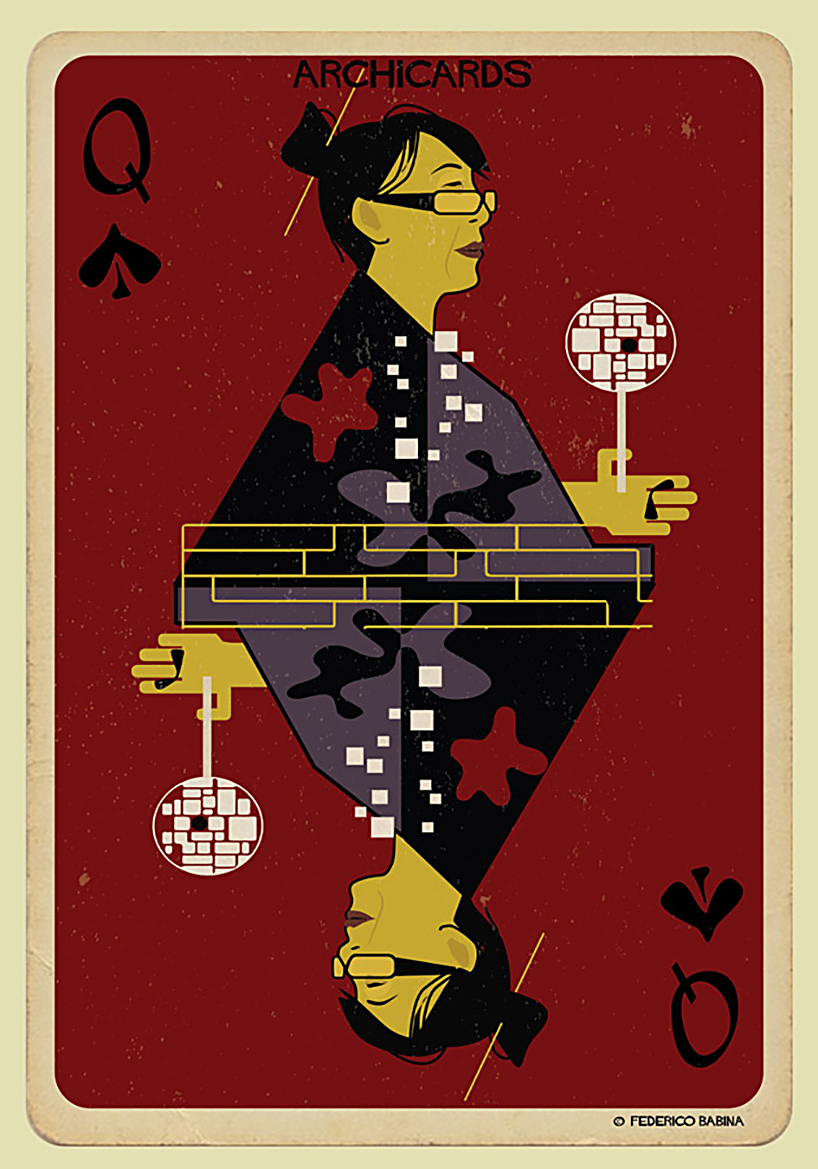 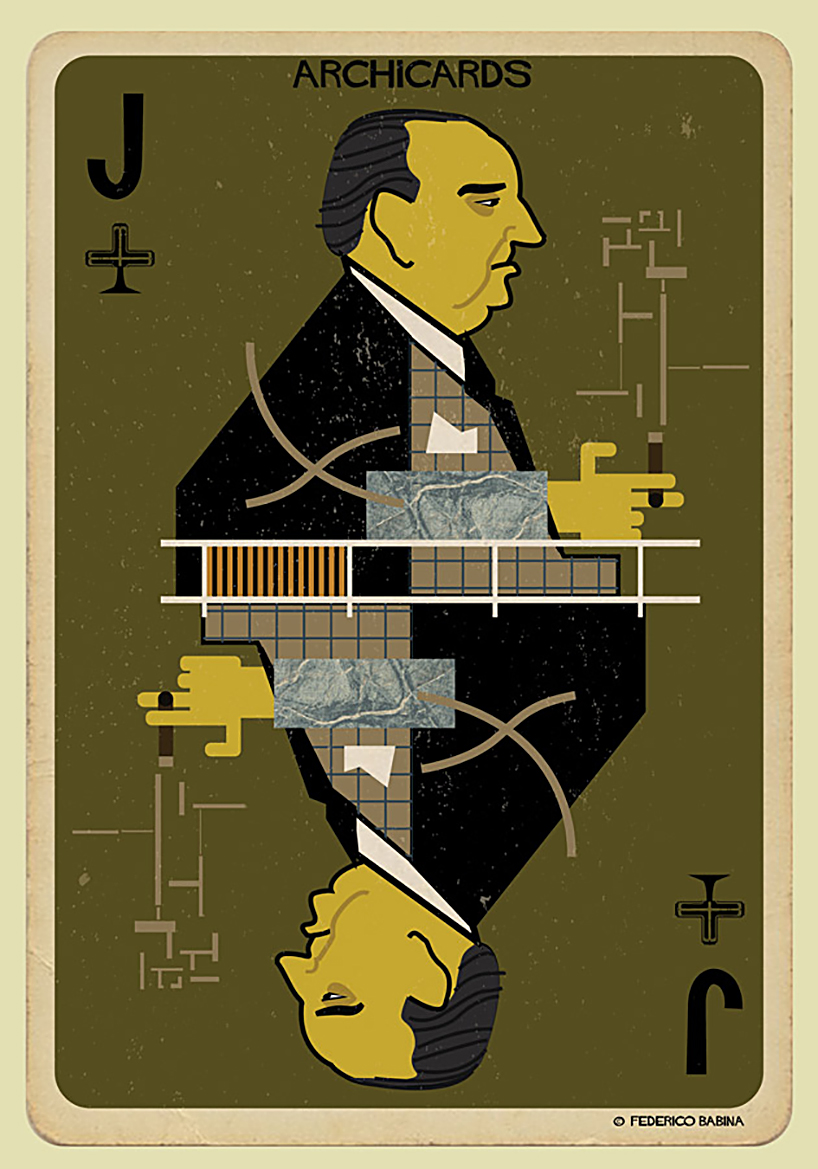 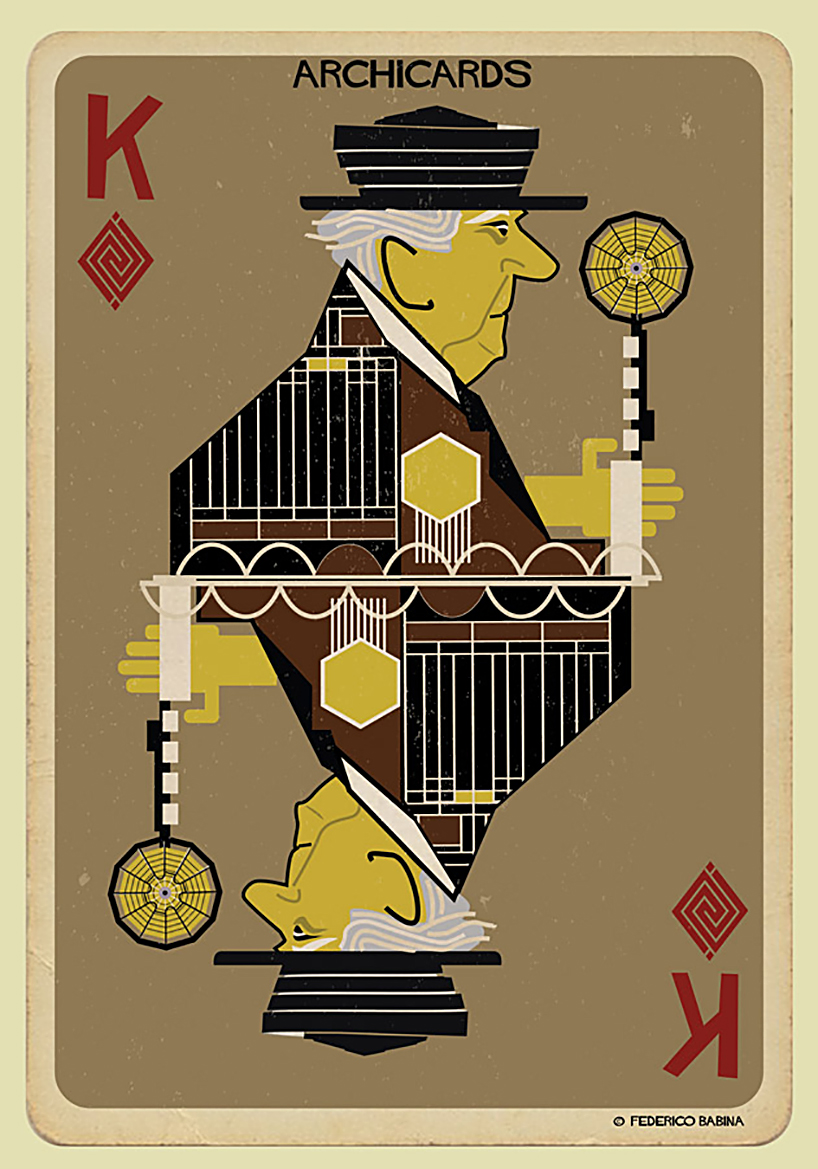 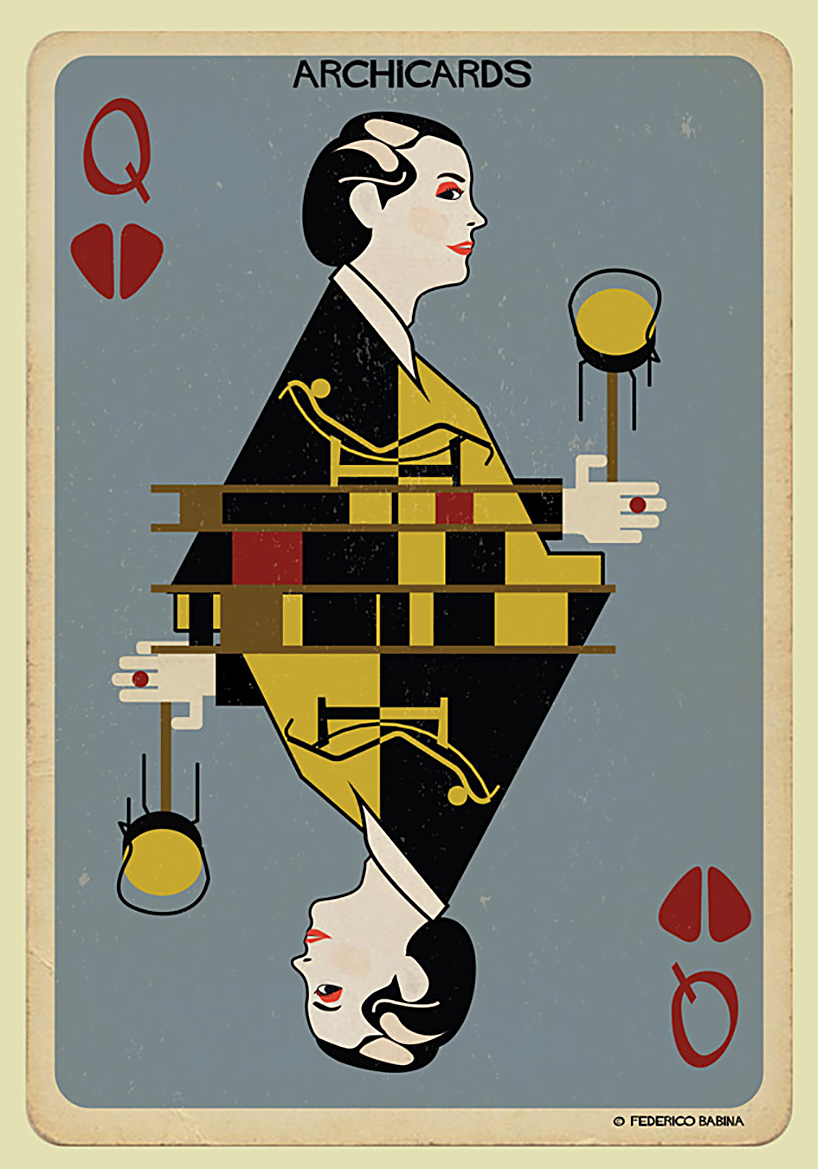 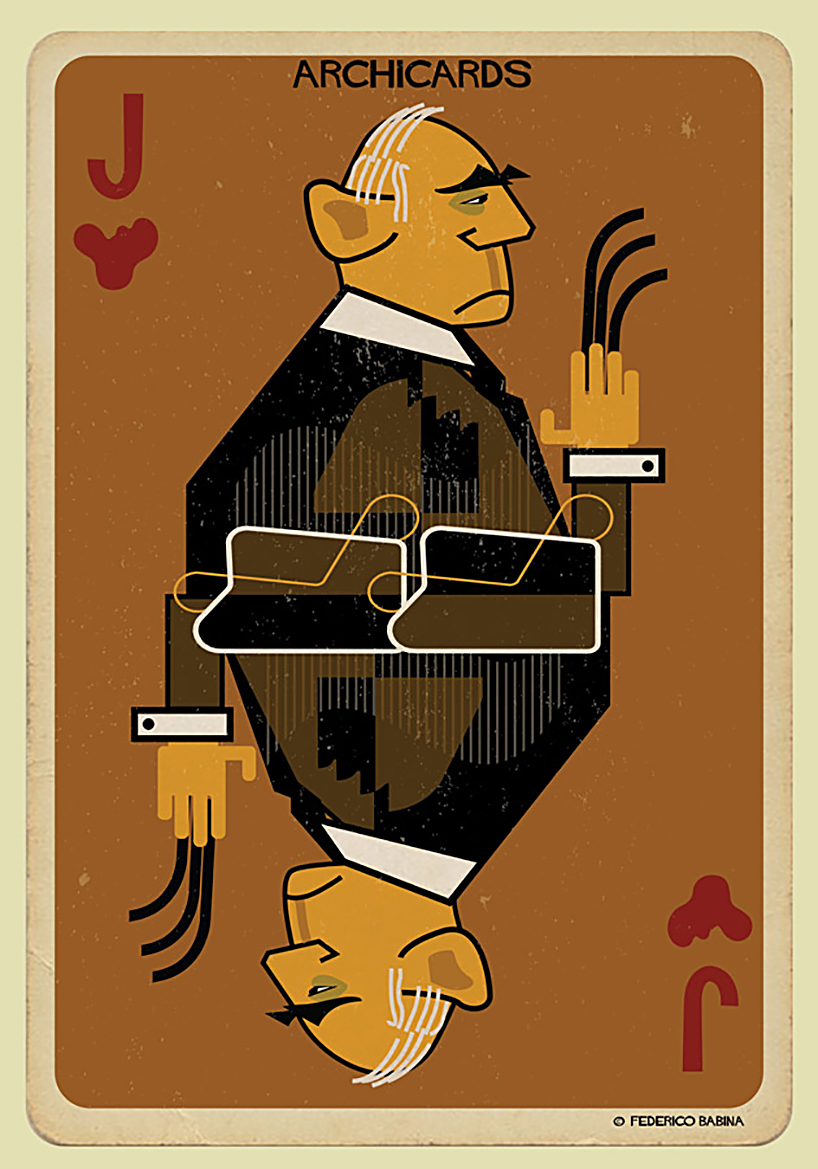 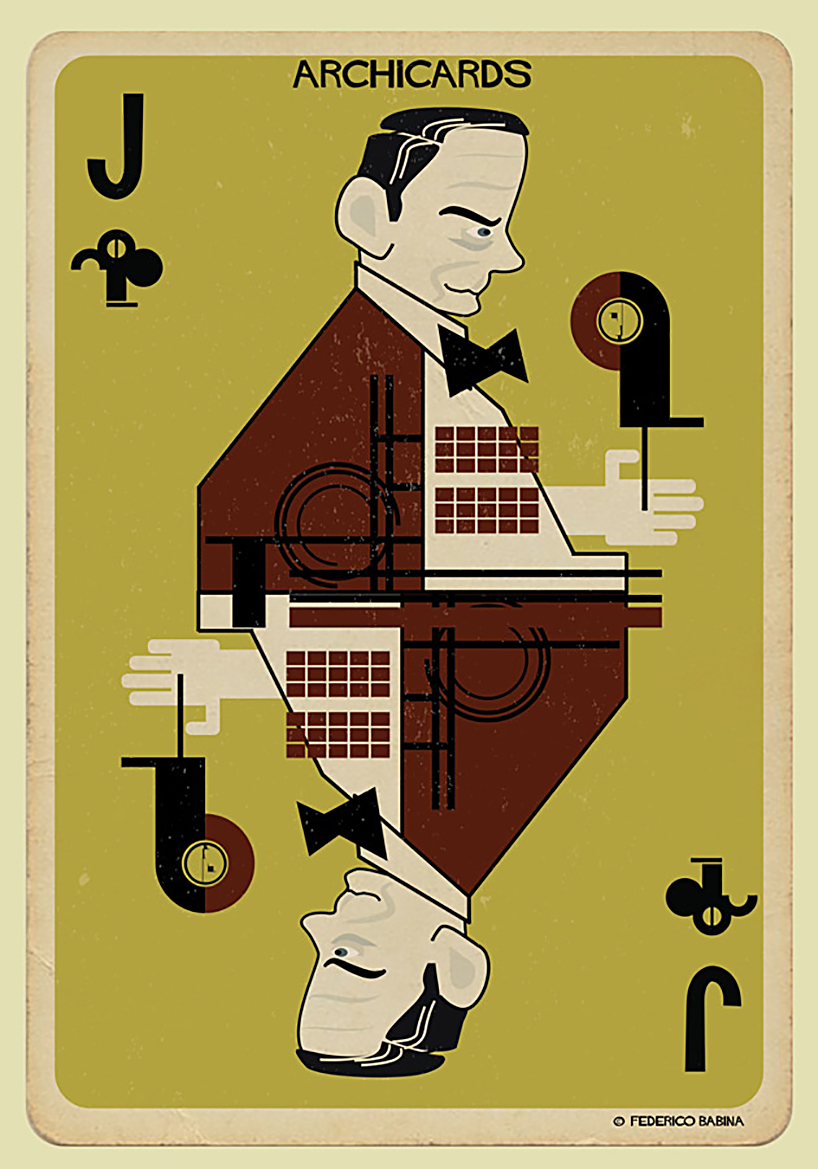 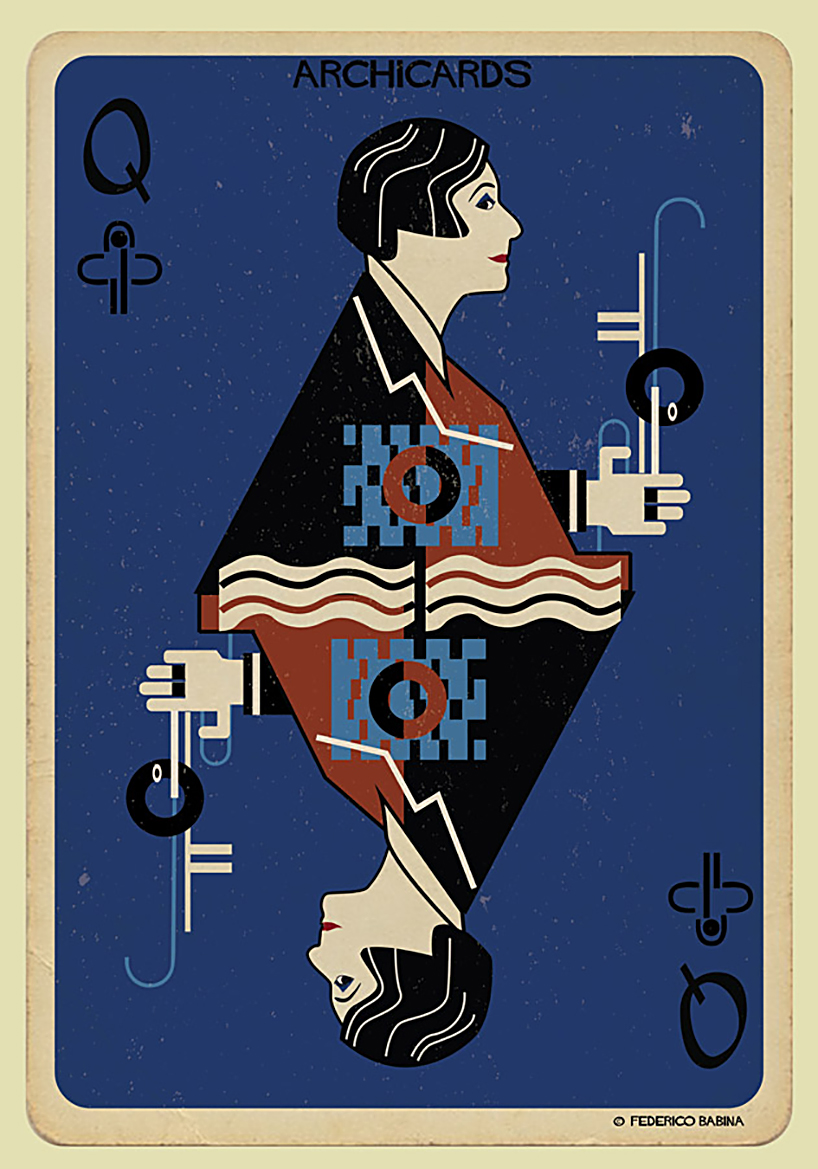 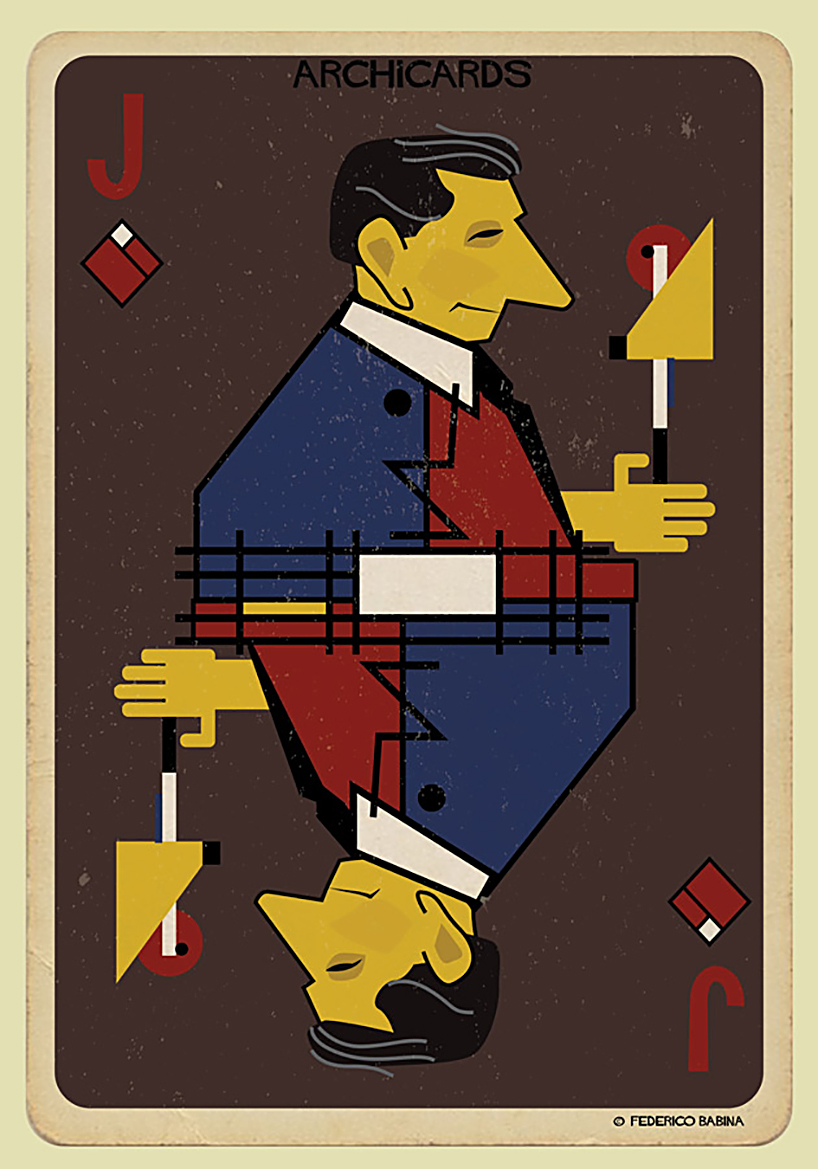 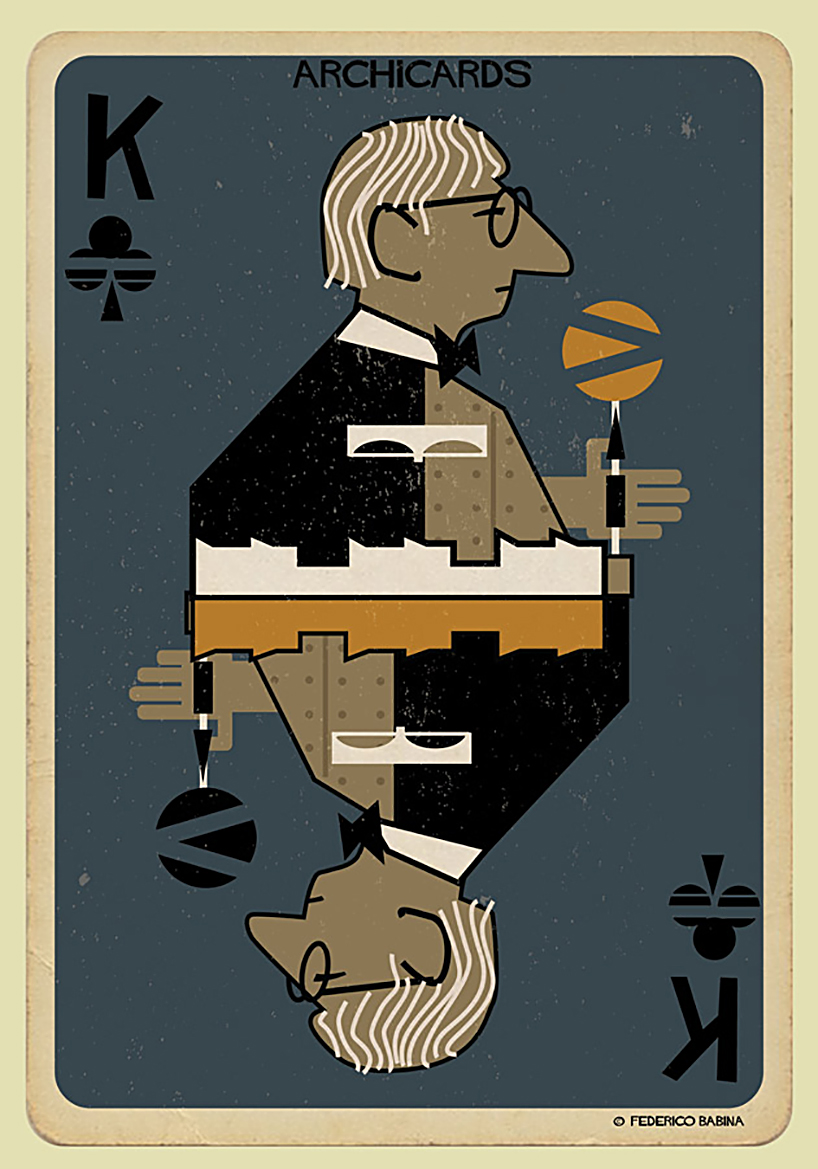 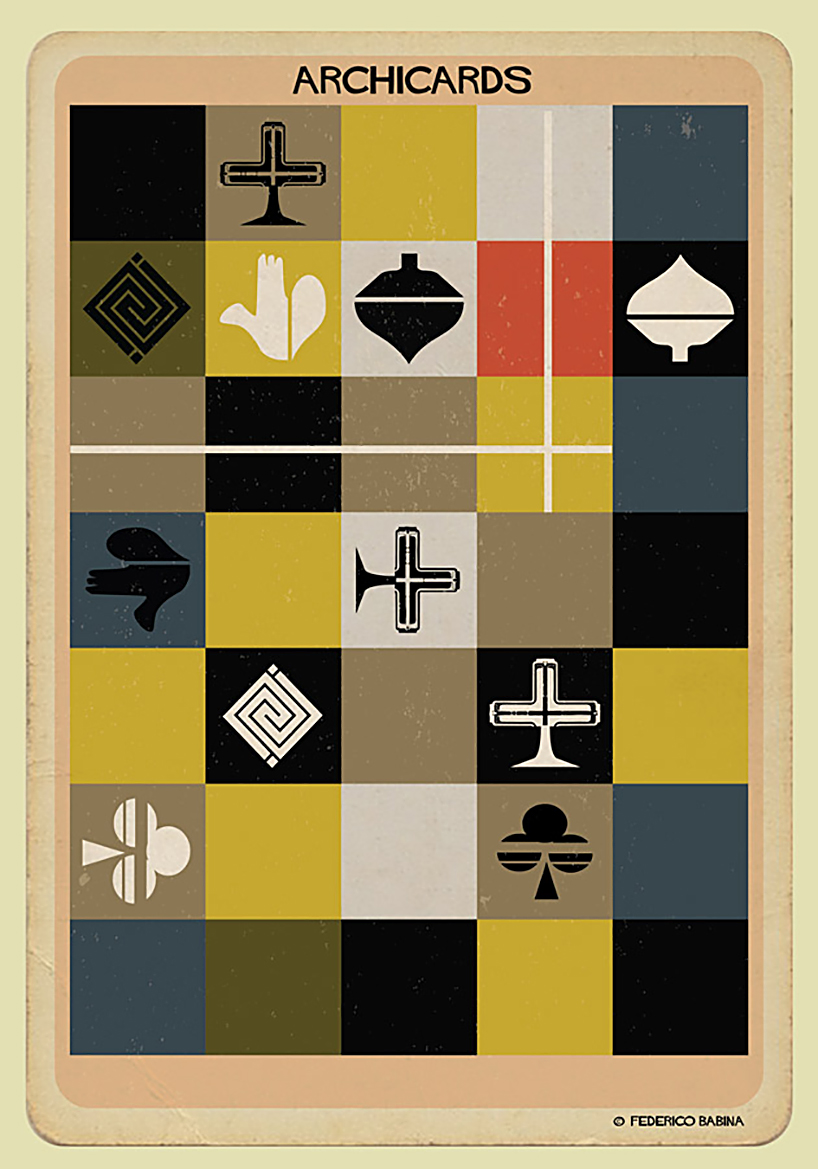 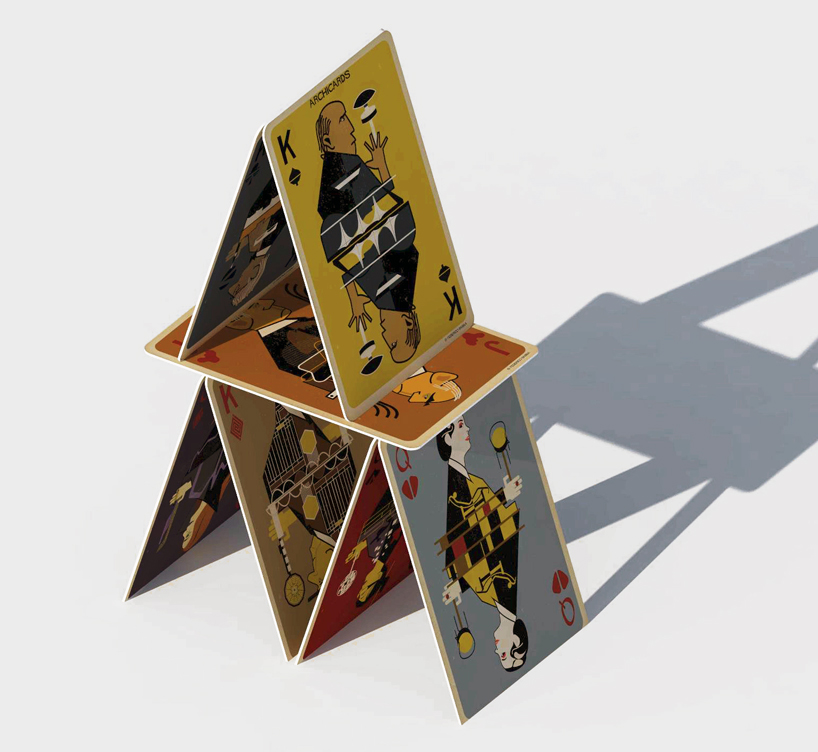