federico babina draws a comparison between the makers of architecture and the creators of film in his latest series of illustrations titled ‘archidirector’. ‘directors are like the architects of cinema.’ babina says. ‘they are those that build stories that like buildings envelop the viewer and carry it in a different world. each with their own style, language and aesthetics, think, plan design and build places and stories that host us for the duration of the movie.’ 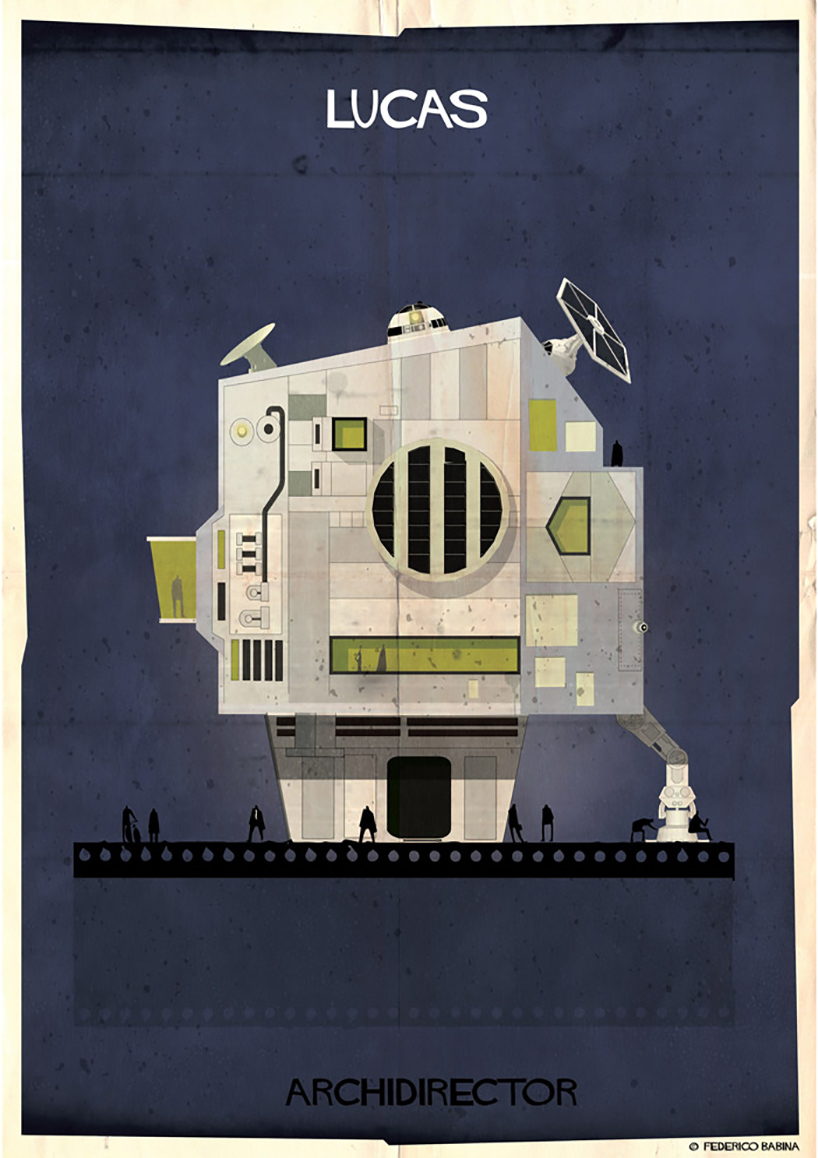 babina has illustrated 27 imaginary houses that correlate to a collection of famous film directors, from wes anderson to stanley kubrick. varied styles and aesthetics sourced from film are interpreted as structural elements, colors, and materials, where the common denominator is a strong and defined personality. specific characteristic elements of a movie’s language is transposed and transformed into architectural geometries and. in cinema, every single detail of a film works towards building the unique, artistic personality of a director. babina explains that a similar approach is found in building design: the same thing happens in architecture where even the smallest detail helps to shape the imprint of an architect. 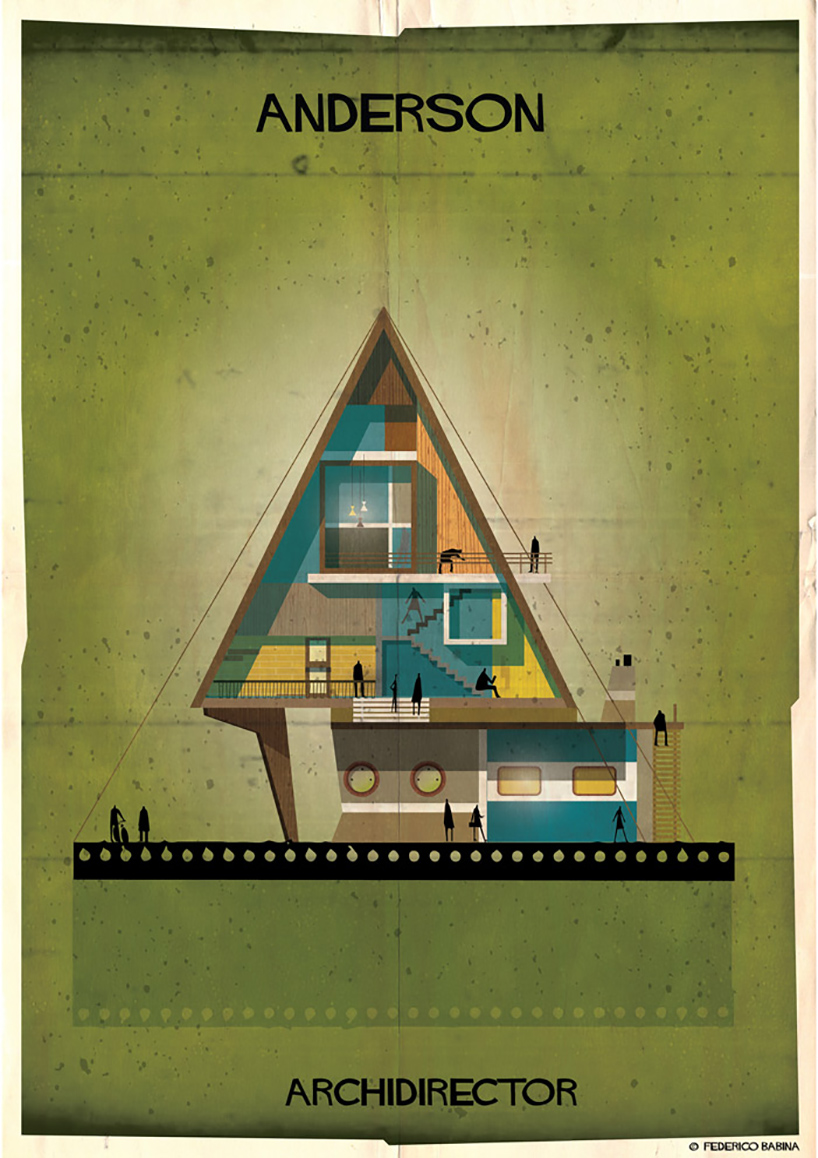 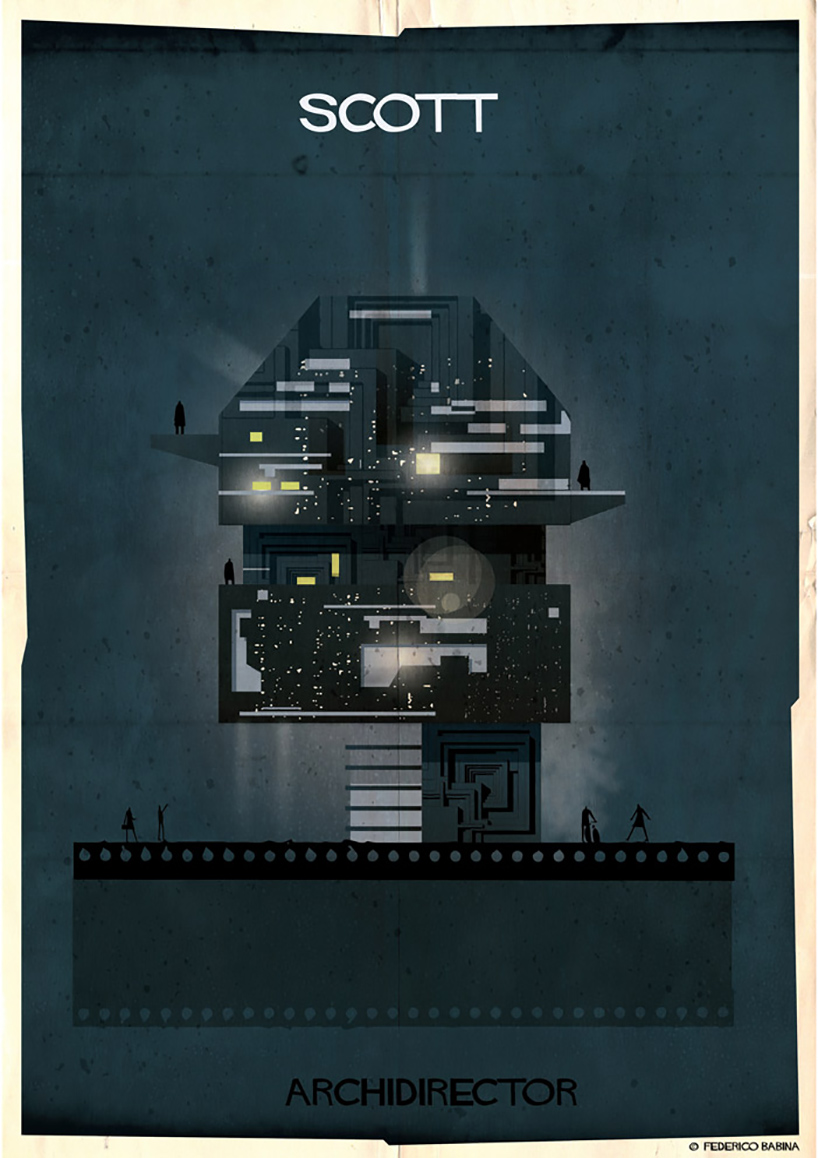 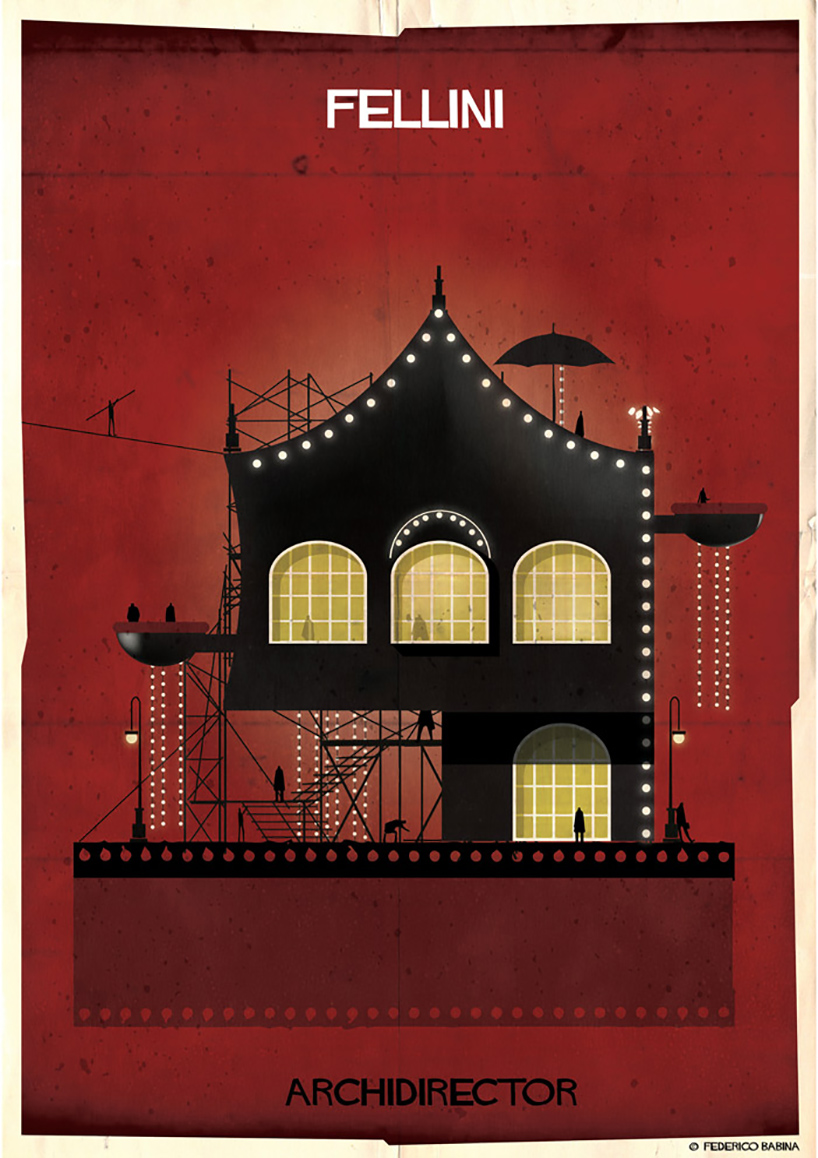 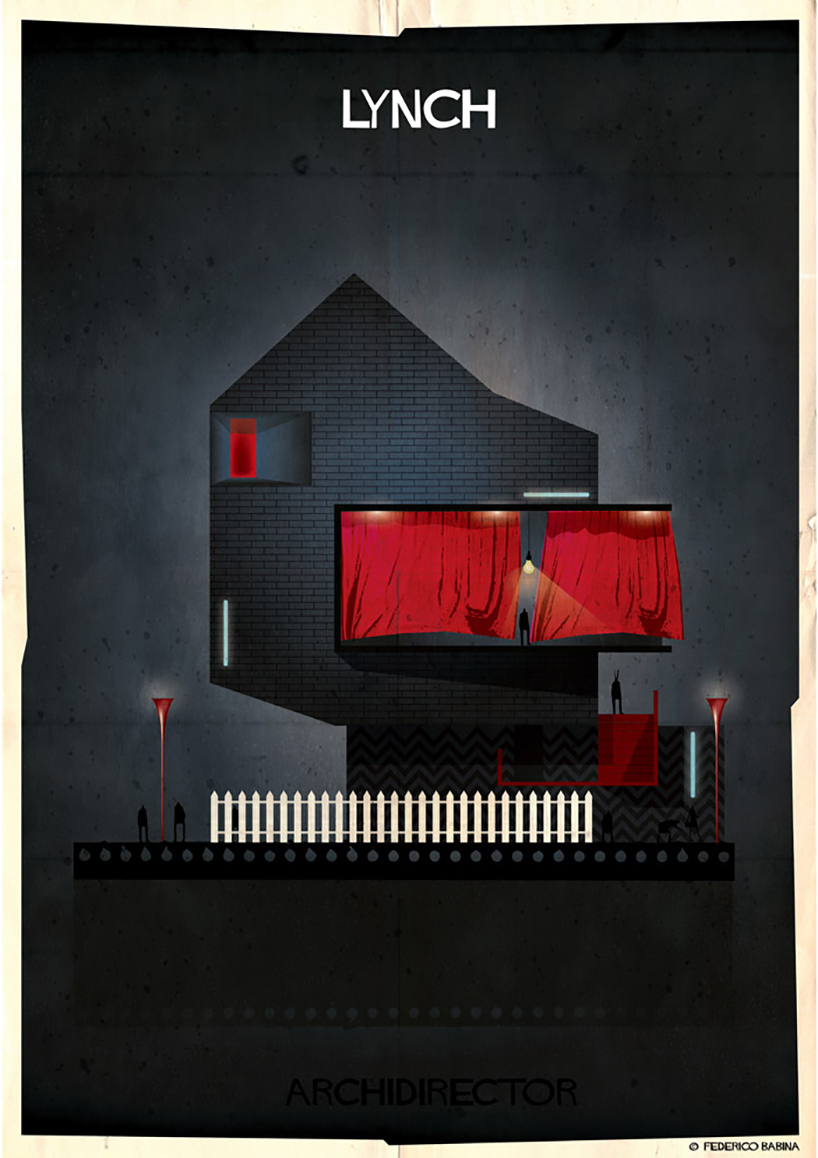 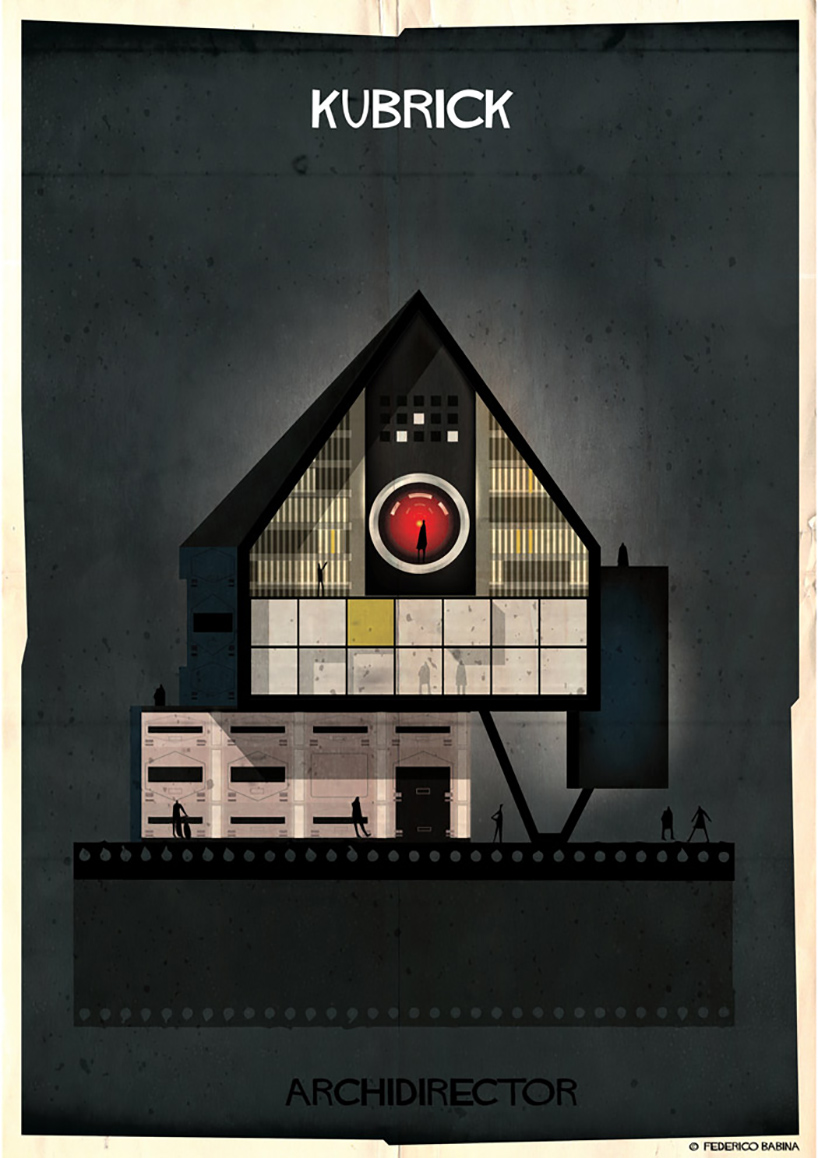 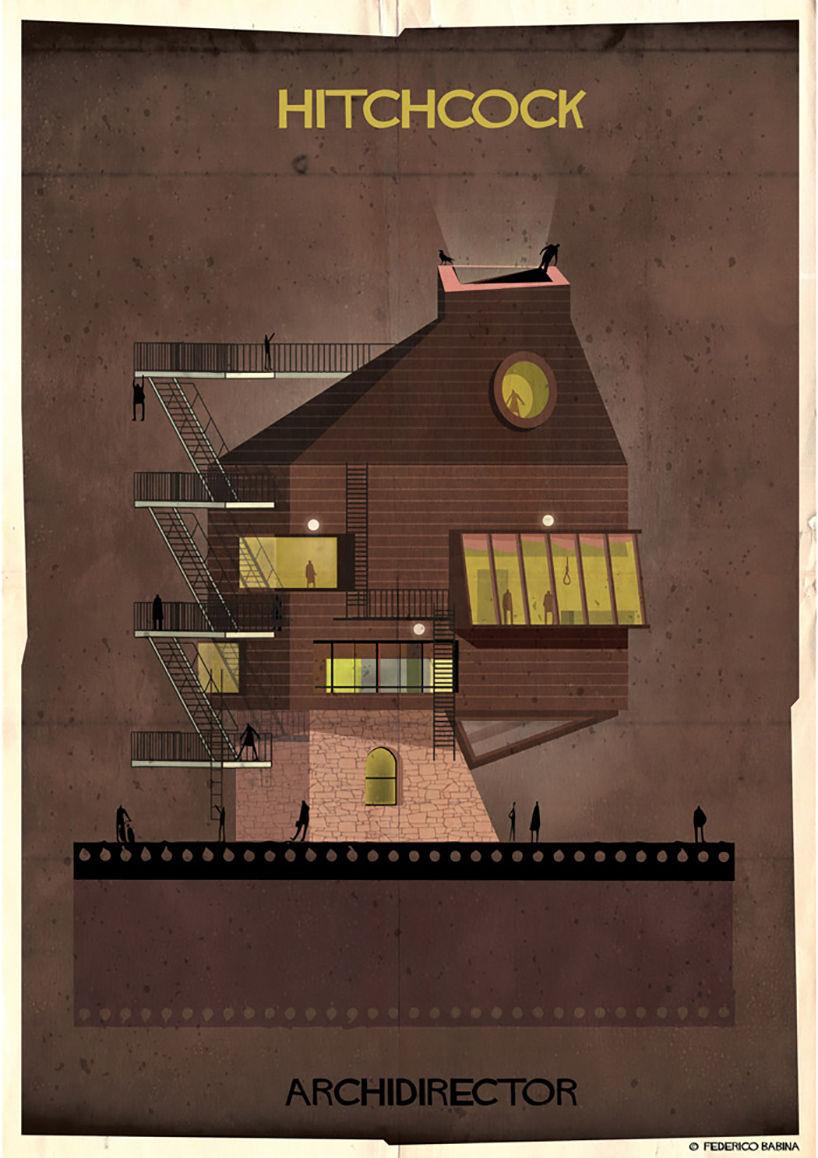 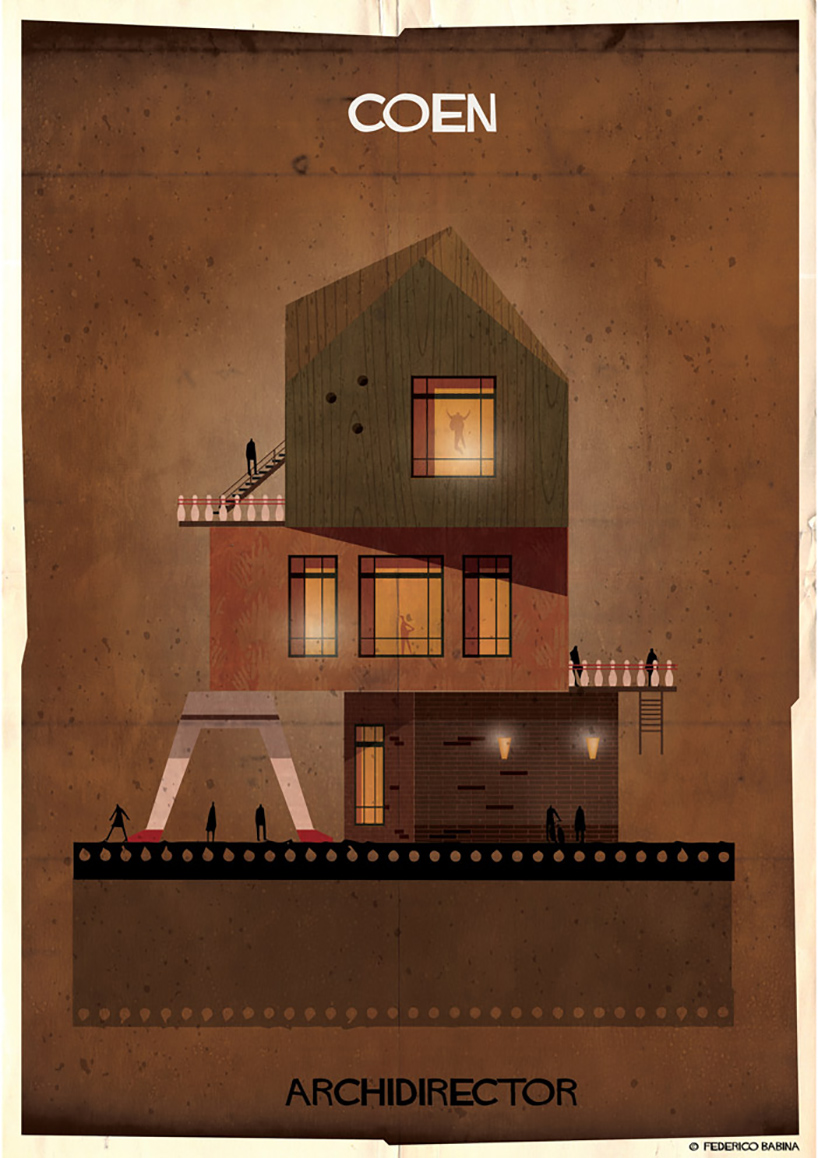 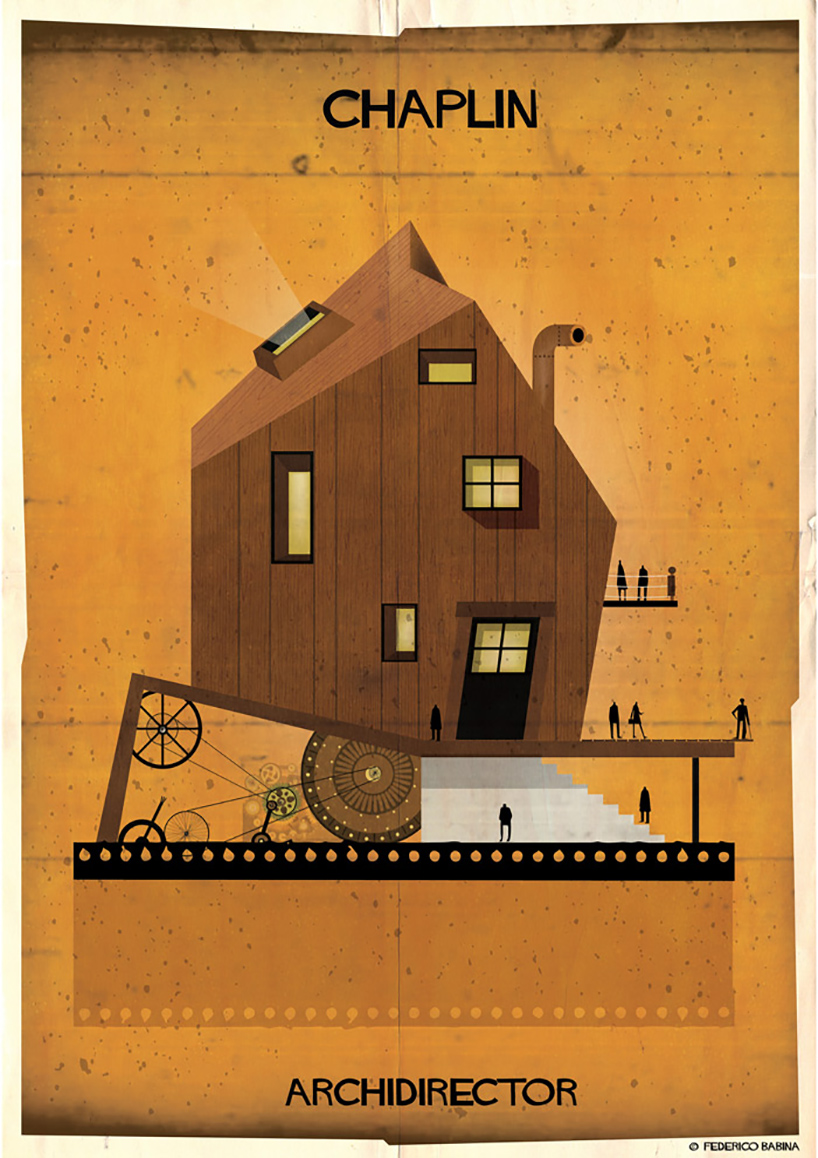 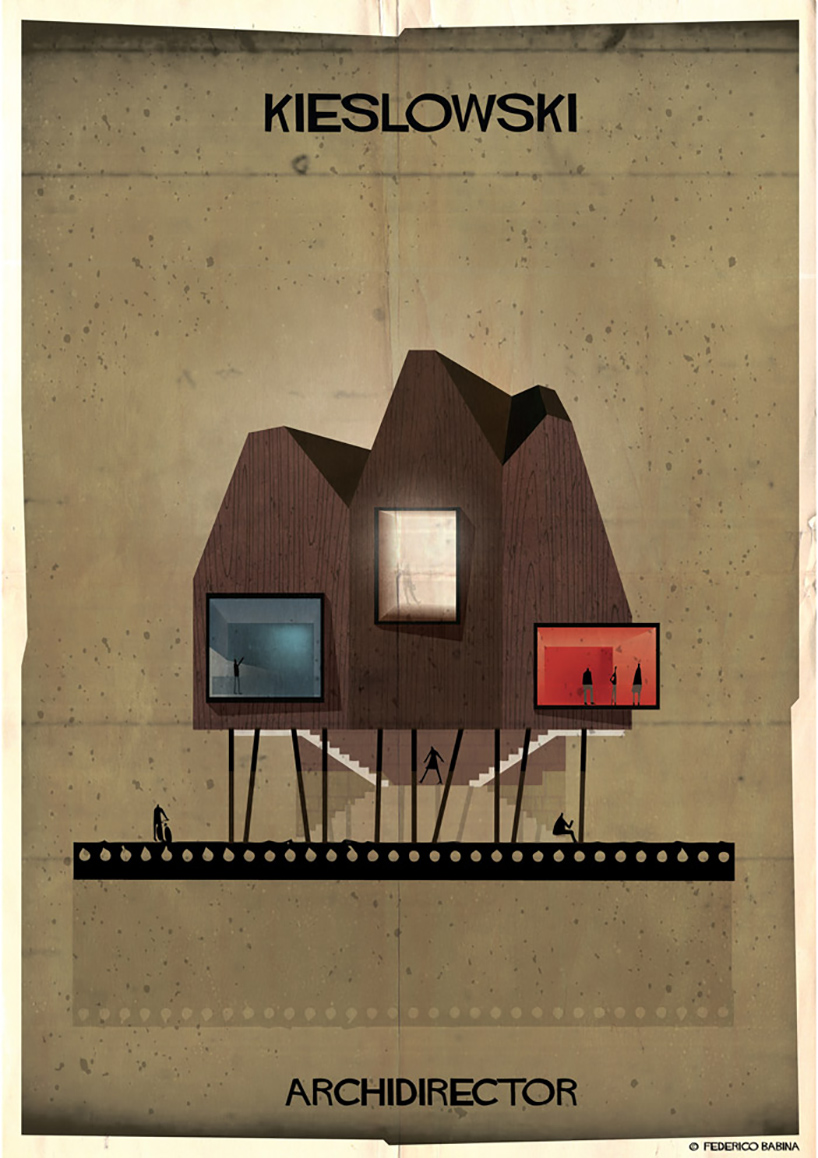