although italian artist federico babina usually delivers static, architecturally-influenced illustrations (many of which you can see on designboom here), his latest project deals with two new mediums: animation and web design. the ‘archidirectors website‘ shows kinetic adaptations of his colorful, film-themed structures originally realized last summer. these drawings have seen 27 imaginary houses correlate to a collection of famous film directors, from wes anderson to stanley kubrick.

the website experiment explores the possibility of creating two-dimensional dioramas that can play, move and carry out a short, virtual performance. babina has conceived the project as an online theater, where the scenography, music and minimal motion relate to the stories that cycle through the history of film and architecture. ‘in this architectural carousel, illustrations, architecture, music, sounds and animation create a tiny show to make a short trip with the imagination and fantasy through an aesthetic universe inspired by cinema and some of its protagonists,’ babina says. preview the website and see a few of the moving illustrations below, with the full set of drawings here. 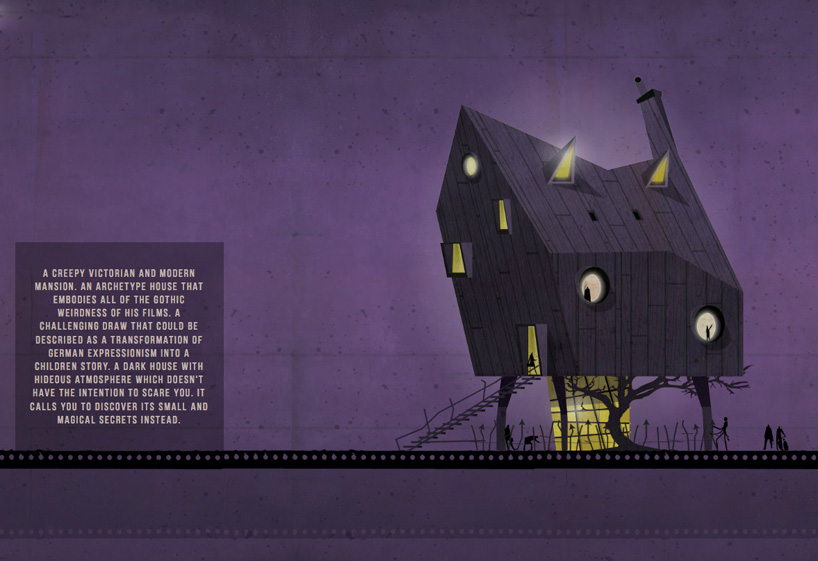 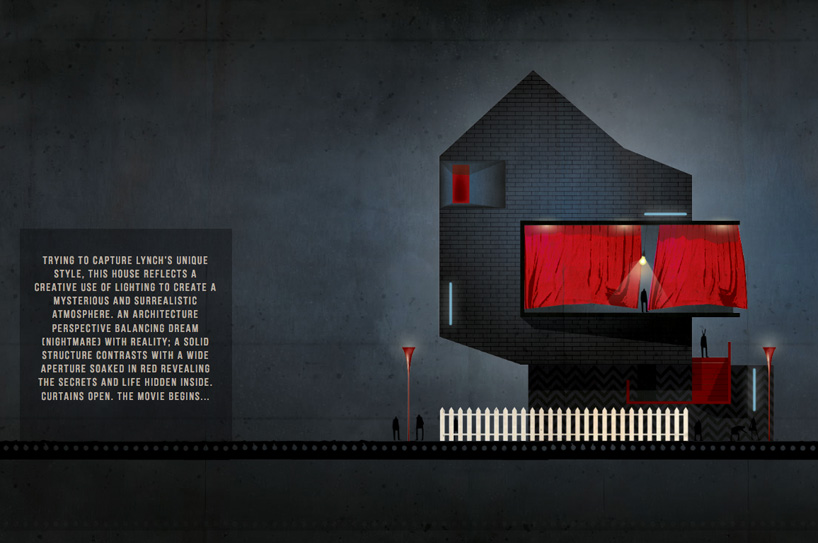