italian illustrator federico babina unites sound and structure for his latest series ‘archimusic’. 27 different songs make up the soundtrack of this collection of drawings depicting various tunes and their author. ‘music and architecture are intimately joined by a cosmic connection: they both are generated by an underlying code, an order revealed by mathematics and geometry’. babina describes ‘music is an art form whose medium is sound and silence’. 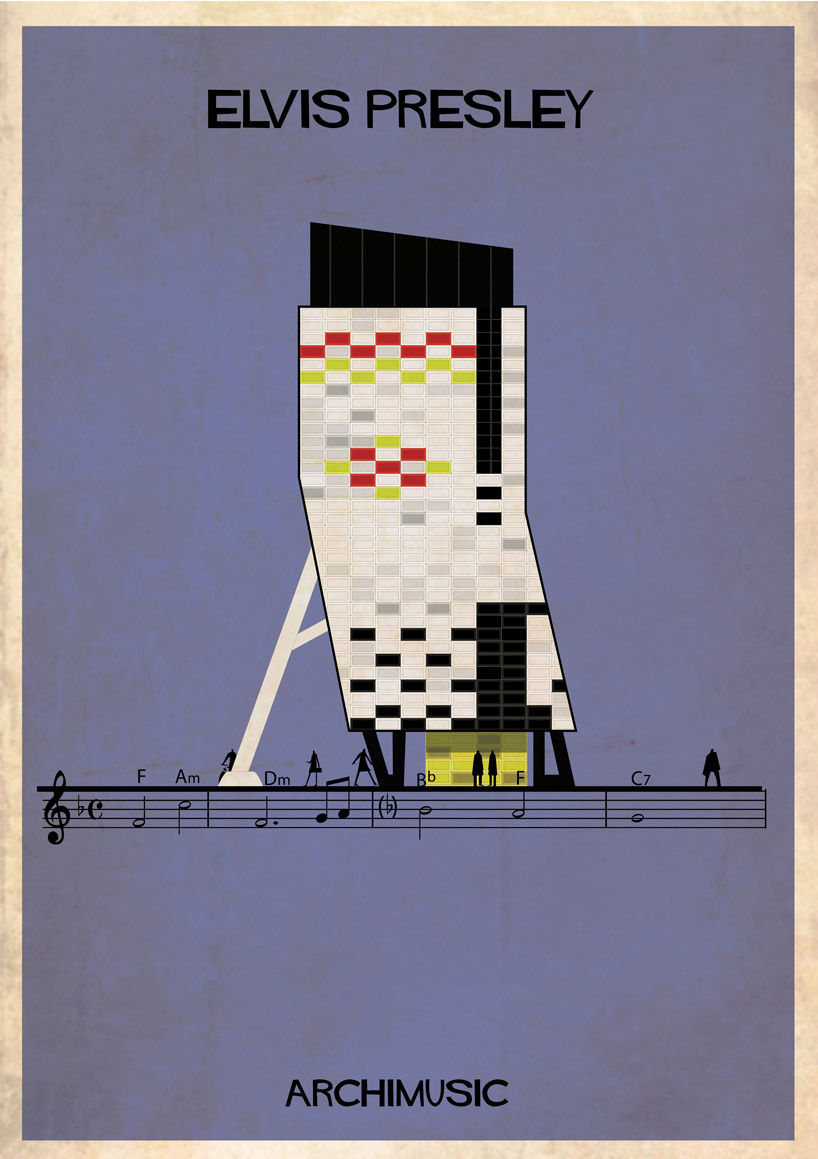 the drawn edifices are placed on the musical staff as a metaphor for structural foundation. while some of the architectural structures resemble the musicians themselves, others reference popular album covers and titles, melodic tones, harmonies, chords and spatial progressions evident in the songs. in one example, a mostly white tower is capped by a black roof and row of windows, supported by a angled beam — the image closely resembles the familiar image of rock legend elvis presley singing into his microphone. another instance describes the stacked floors of a building as the undulating graphics from joy division’s ‘unknown pleasures’ album. take a look below for the full series and final ‘city’. 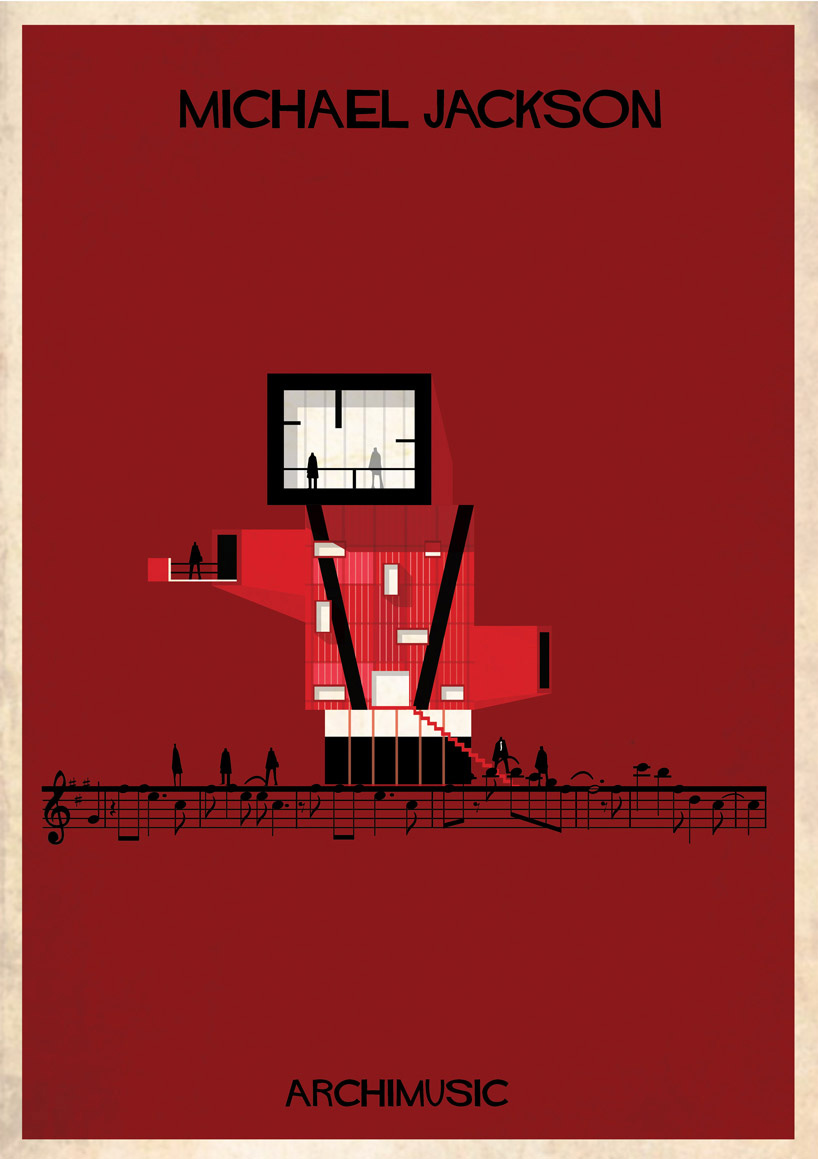 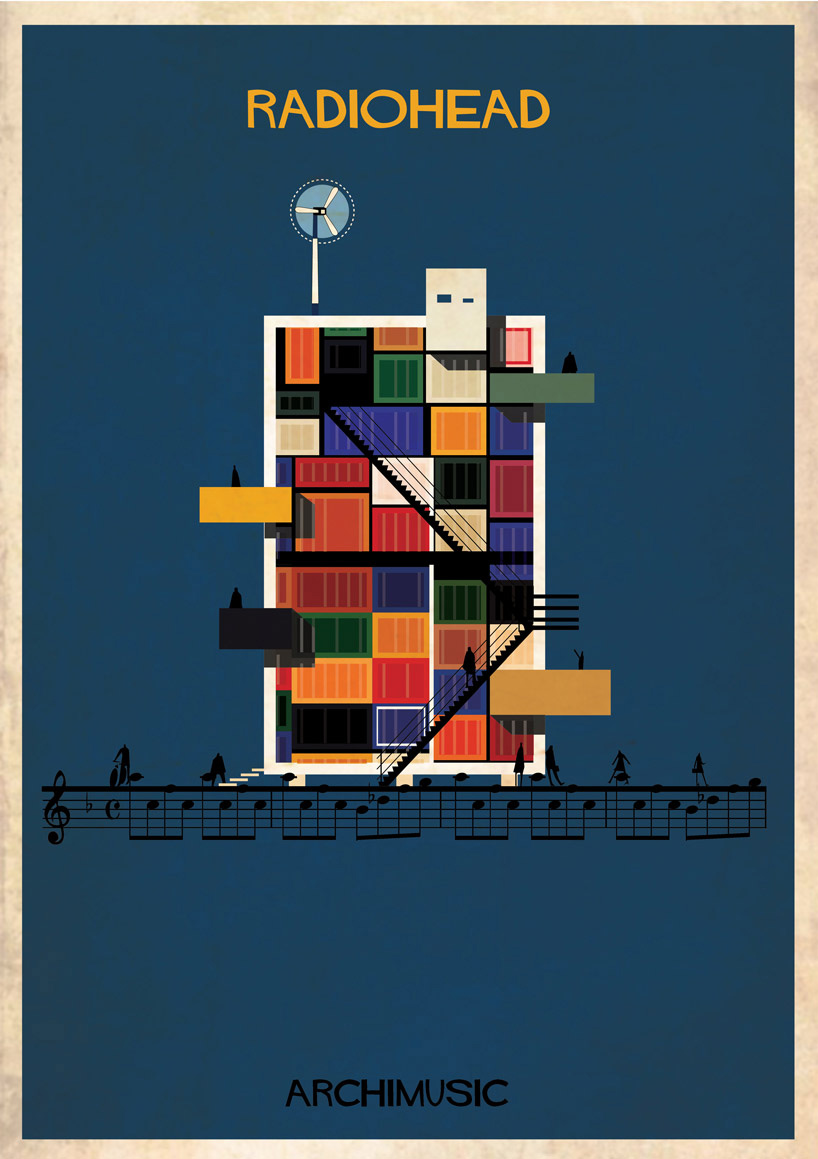 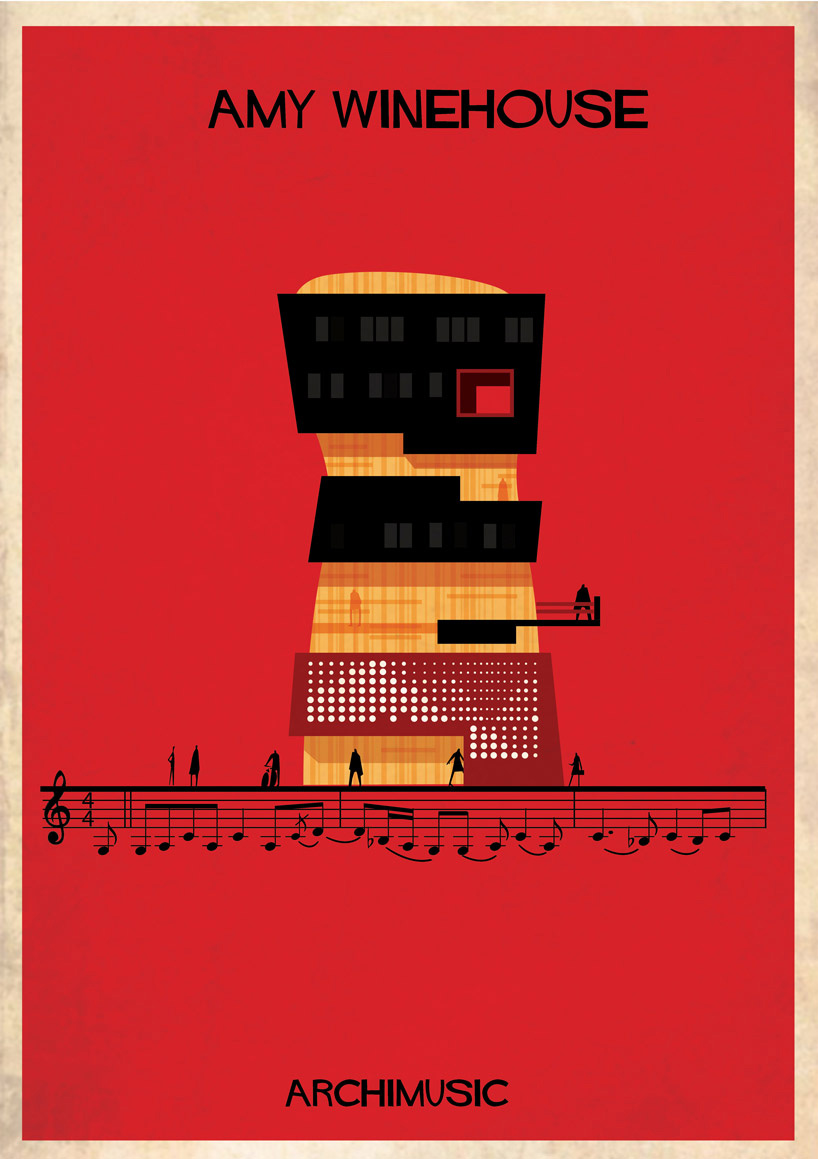 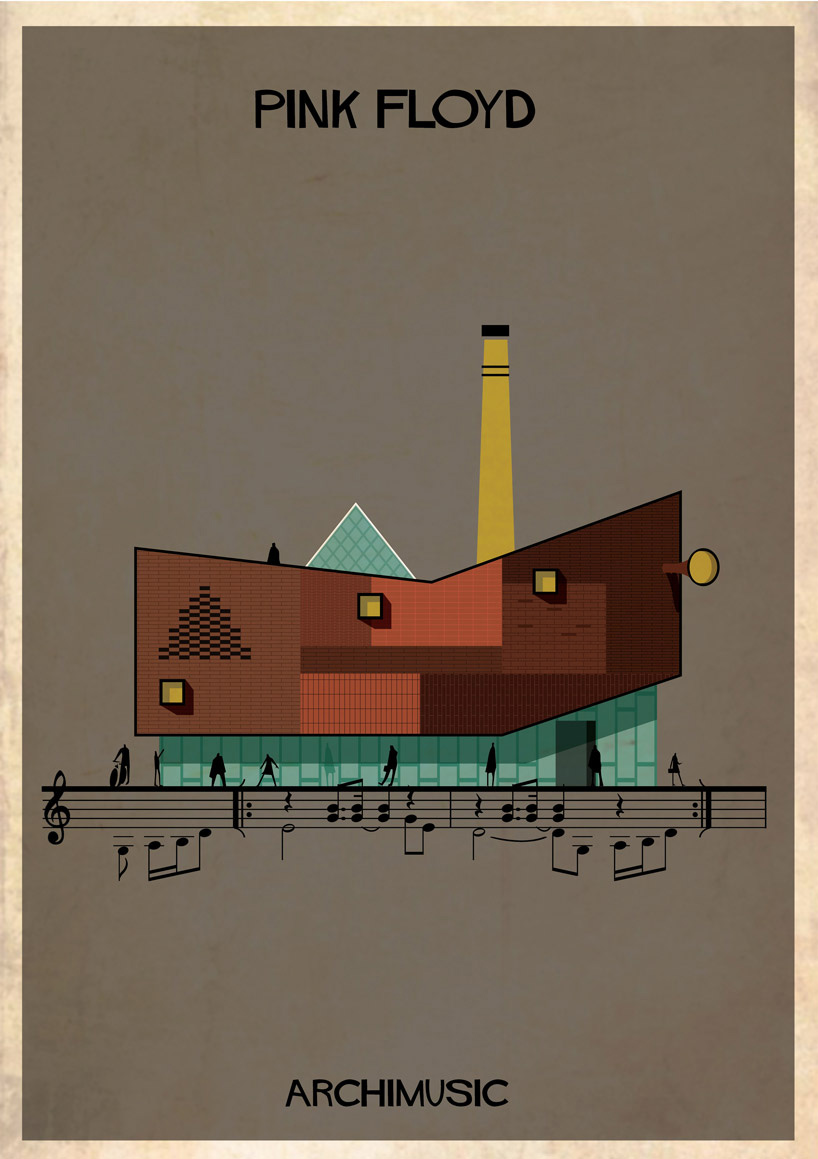 pink floyd ‘wish you were here’ 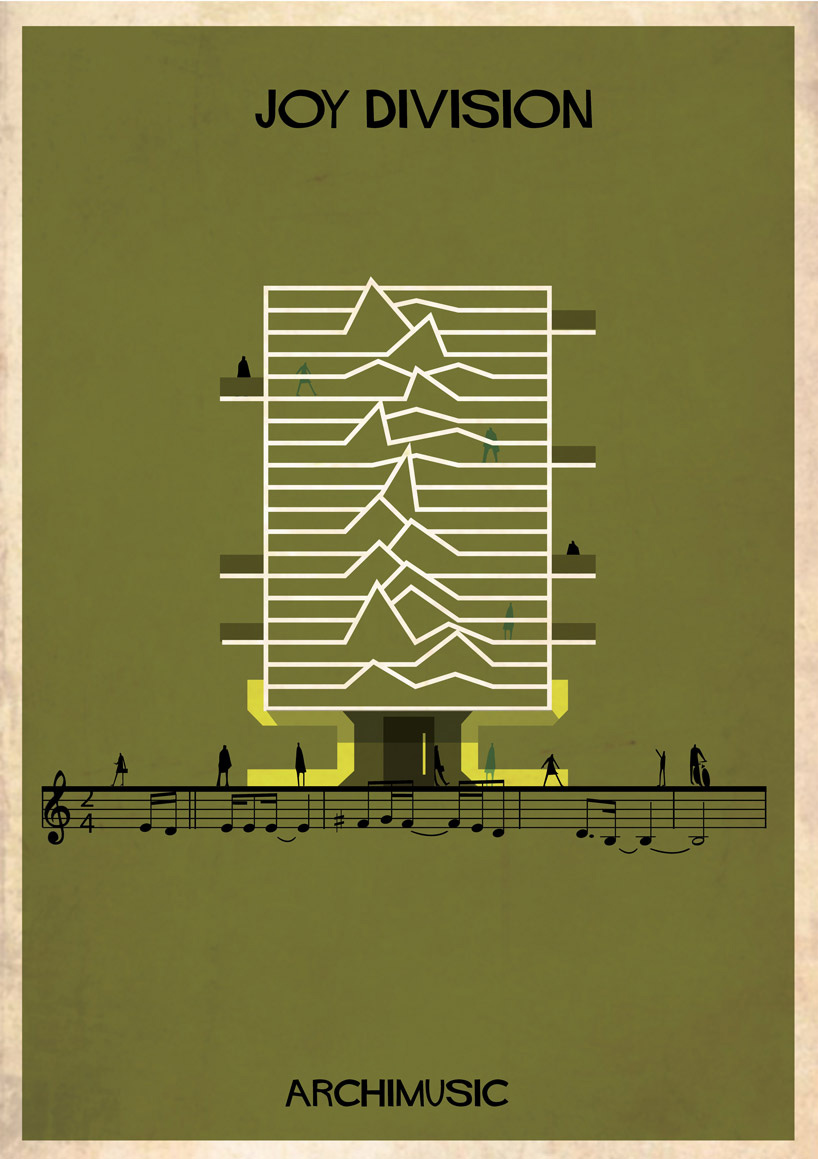 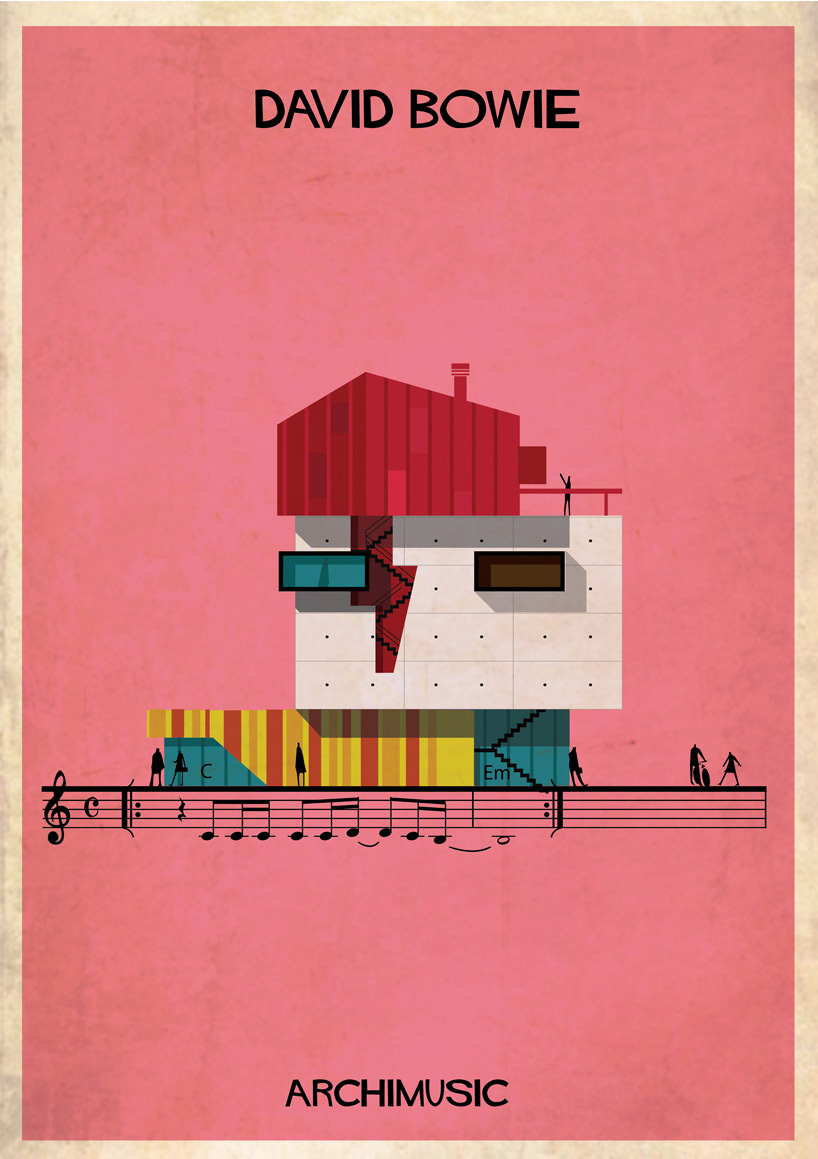 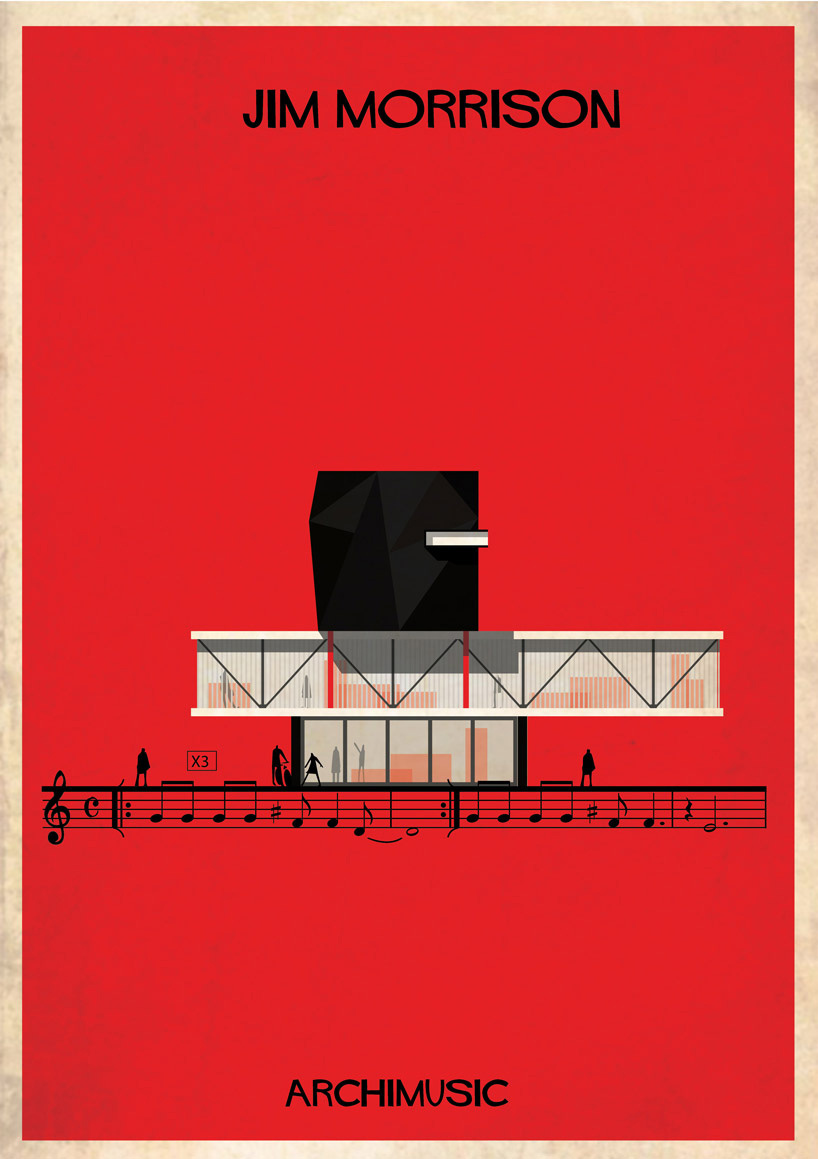 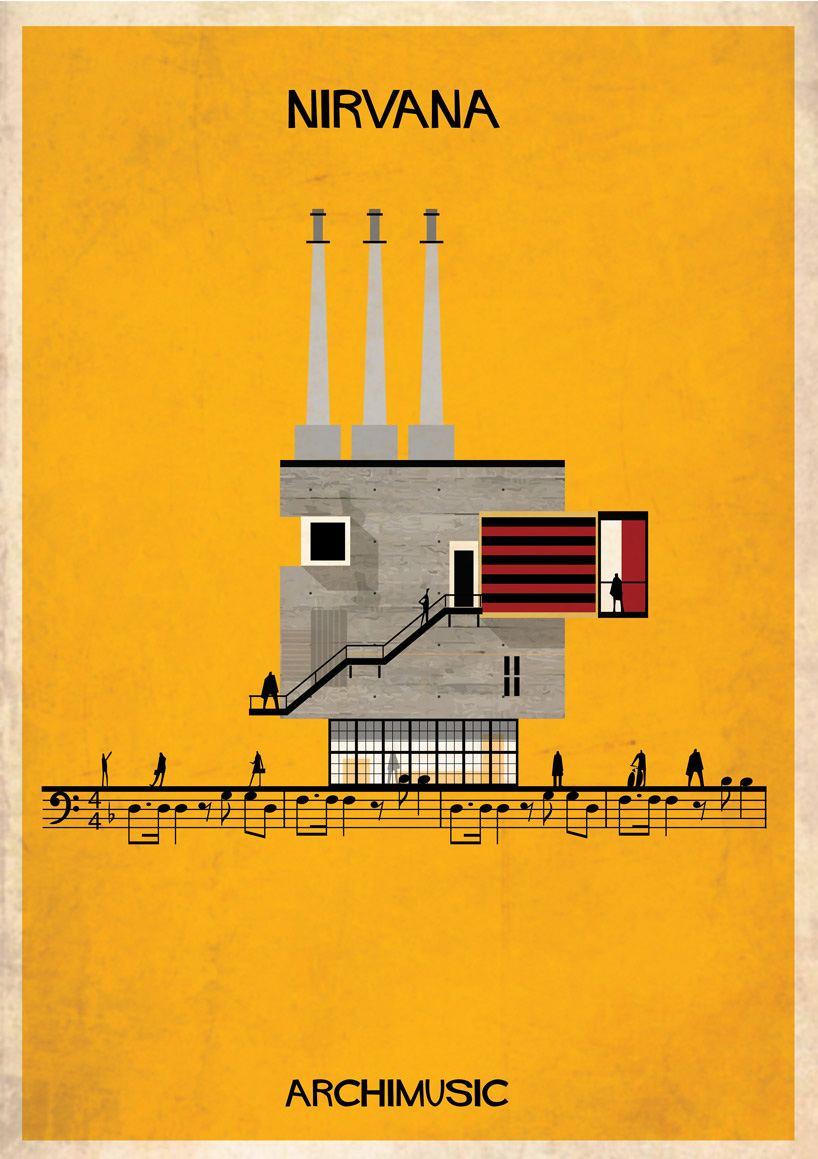 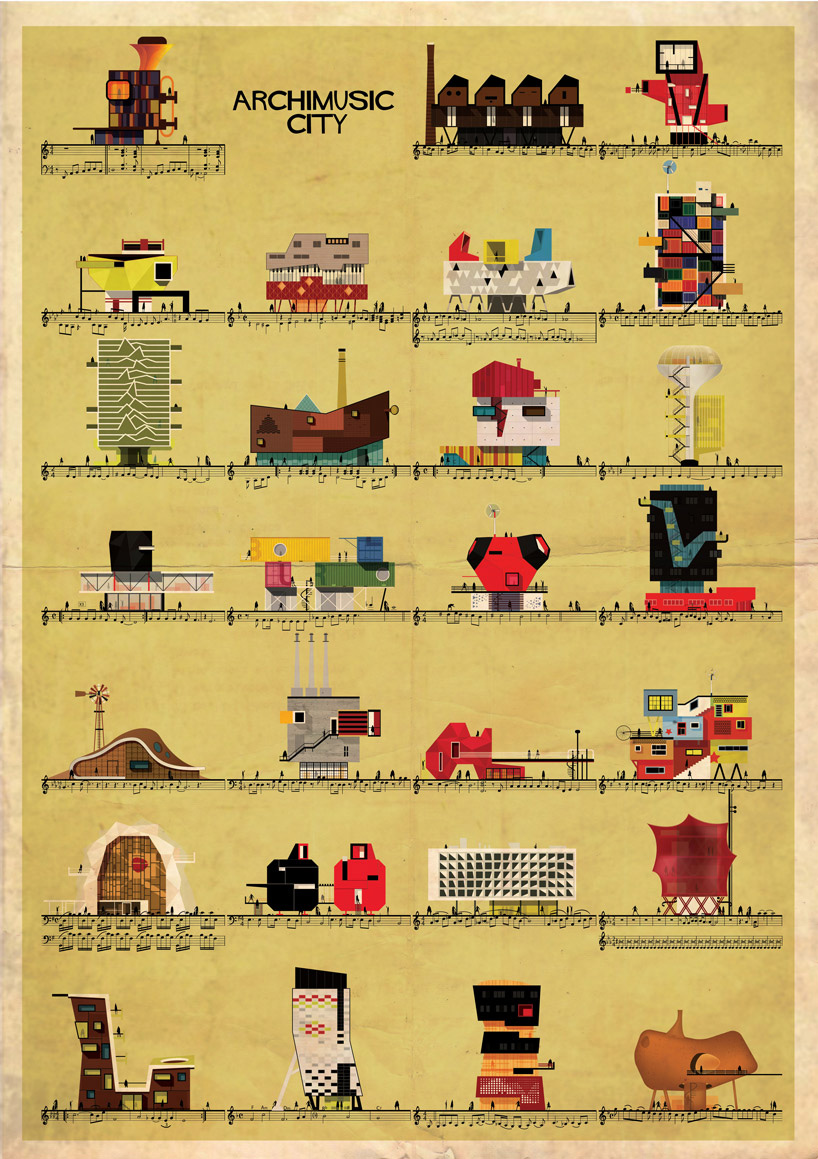 Nov 25, 2021
what would the world look like without us? asks photographer romain veillon
in his new book titled 'green urbex', romain veillon shows what earth would look like if we all suddenly disappeared.
art
0 shares
connections: +430