for his latest series ‘ARCHISTYLE’, italian artist federico babina forms a categorical summary of some of the major architectural movements, expressed thorough simple graphic gestures. the collection of 16 images illustrates the evolution and transformation of building styles from the last century — from deconstructivism to art deco. the compositions are formed by minimal geometries, a deliberate use of color, mention of materials, typographic choices and drawn decorations.

‘architecture changes with society, follows the society, and sometimes guides it,’ says babina. ‘it’s easy to see the changes of the society through the mutation of the spaces we inhabit. walking through a contemporary city we can often observe sequences of buildings with different shapes, various styles and heterogeneous languages that coexist in an architectural (dis)order. they are like the pieces of a mosaic that relates the passage of time. it is not difficult to see an art deco building that touches a deconstructivist structure in a timeless embrace.’ 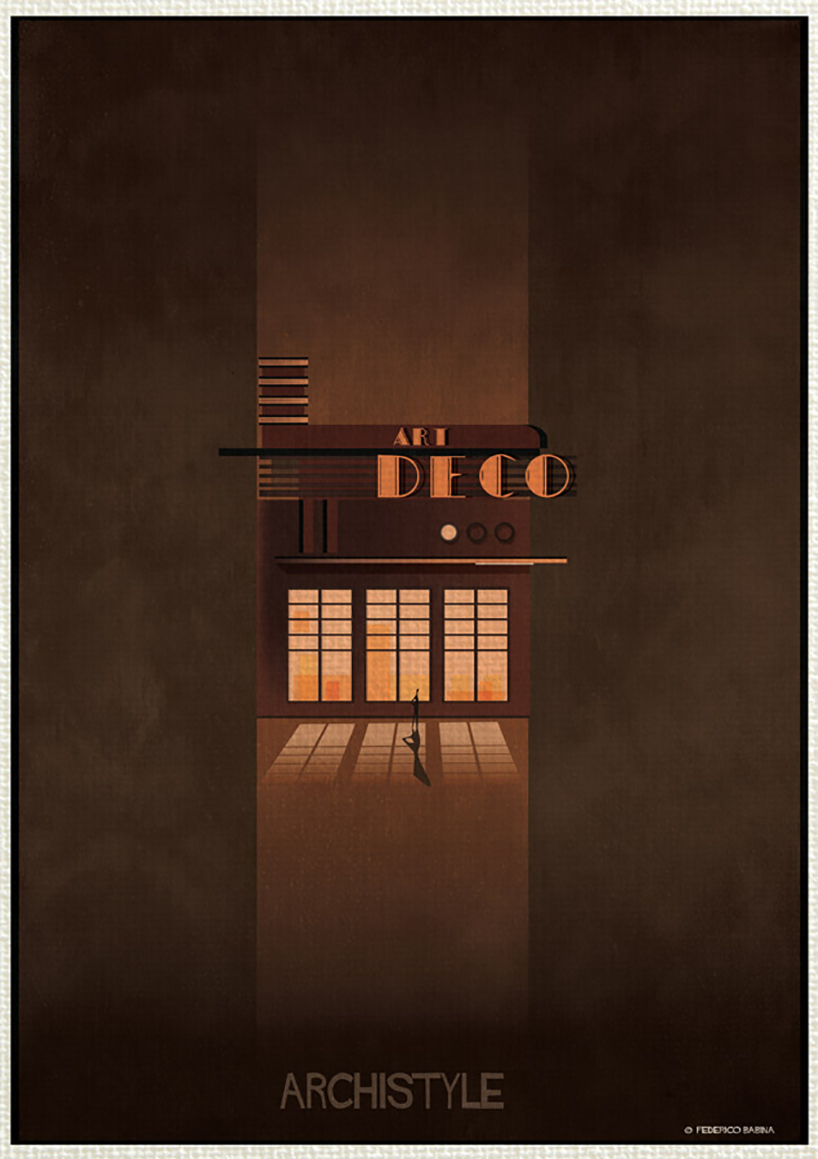 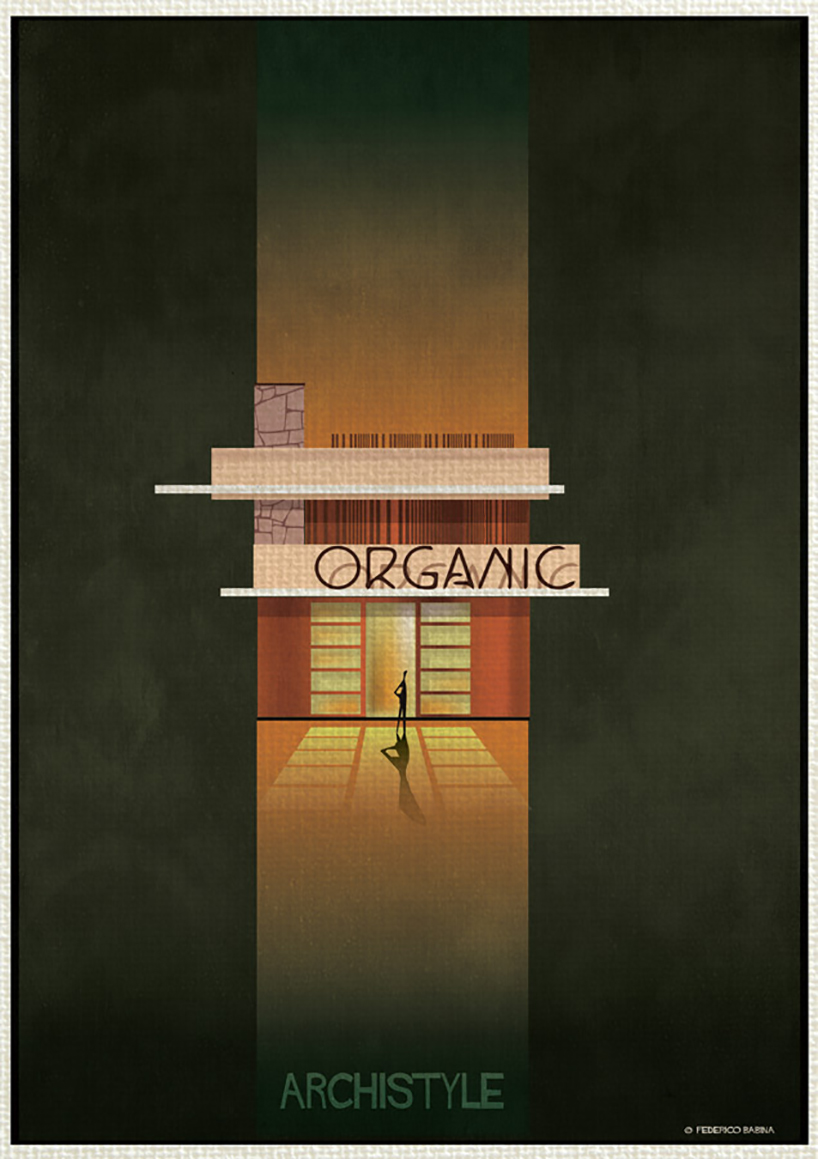 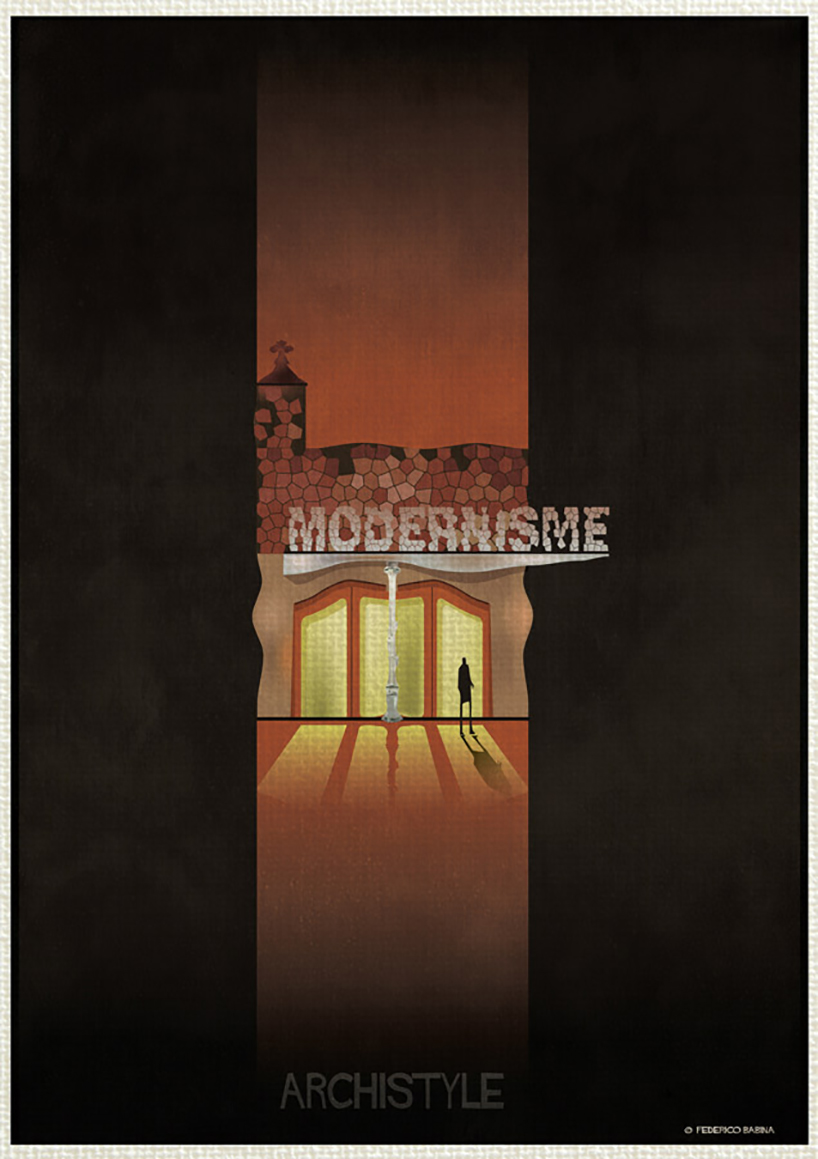 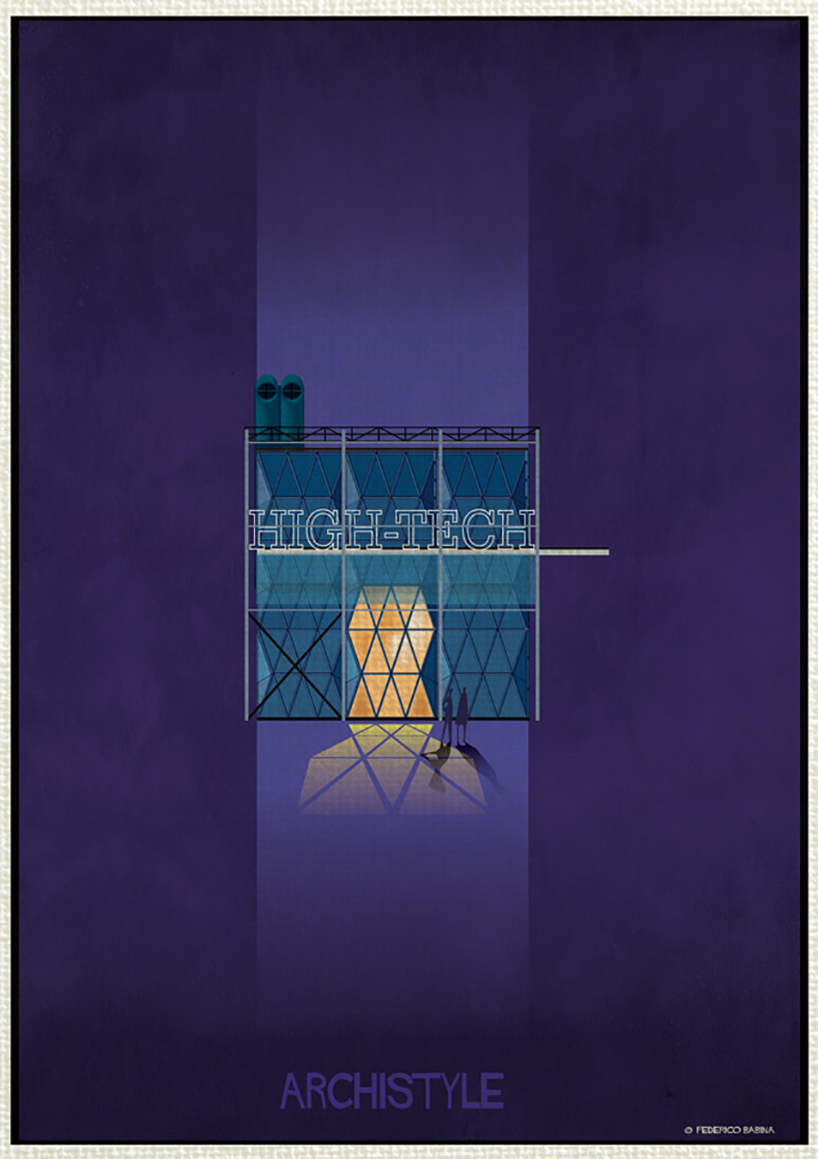 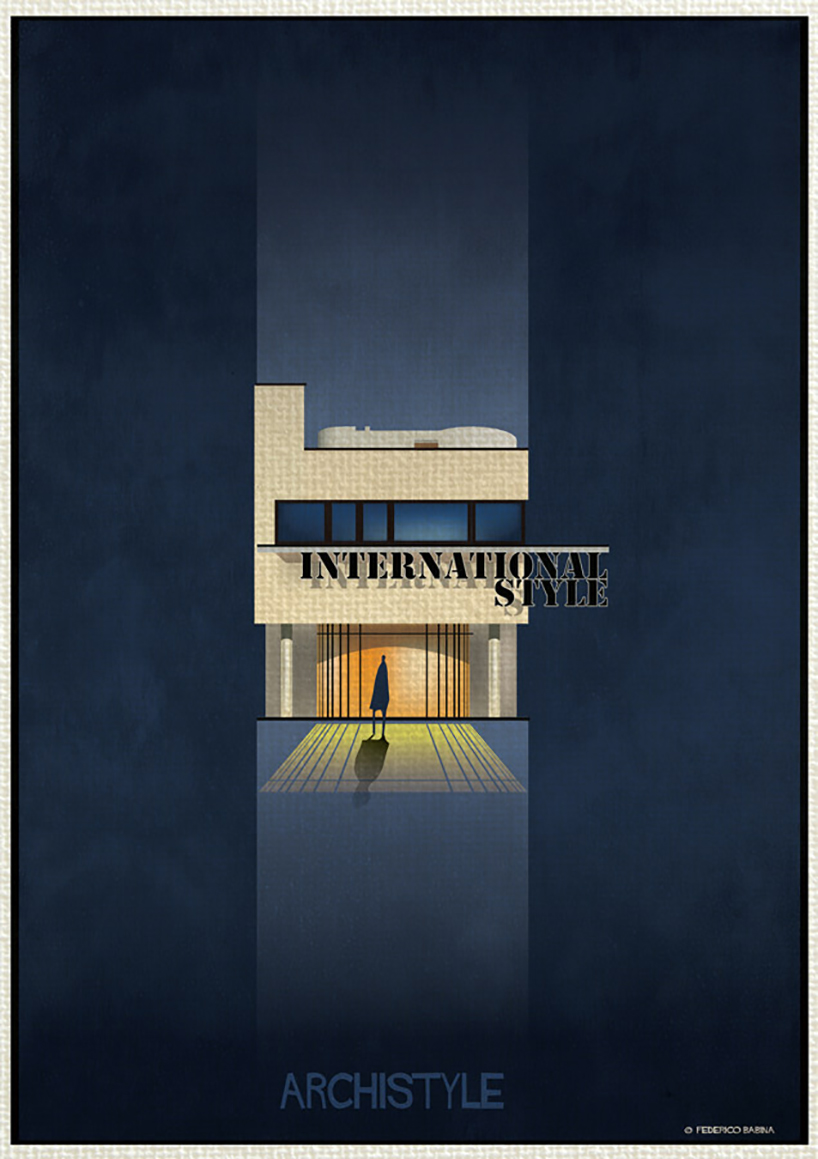 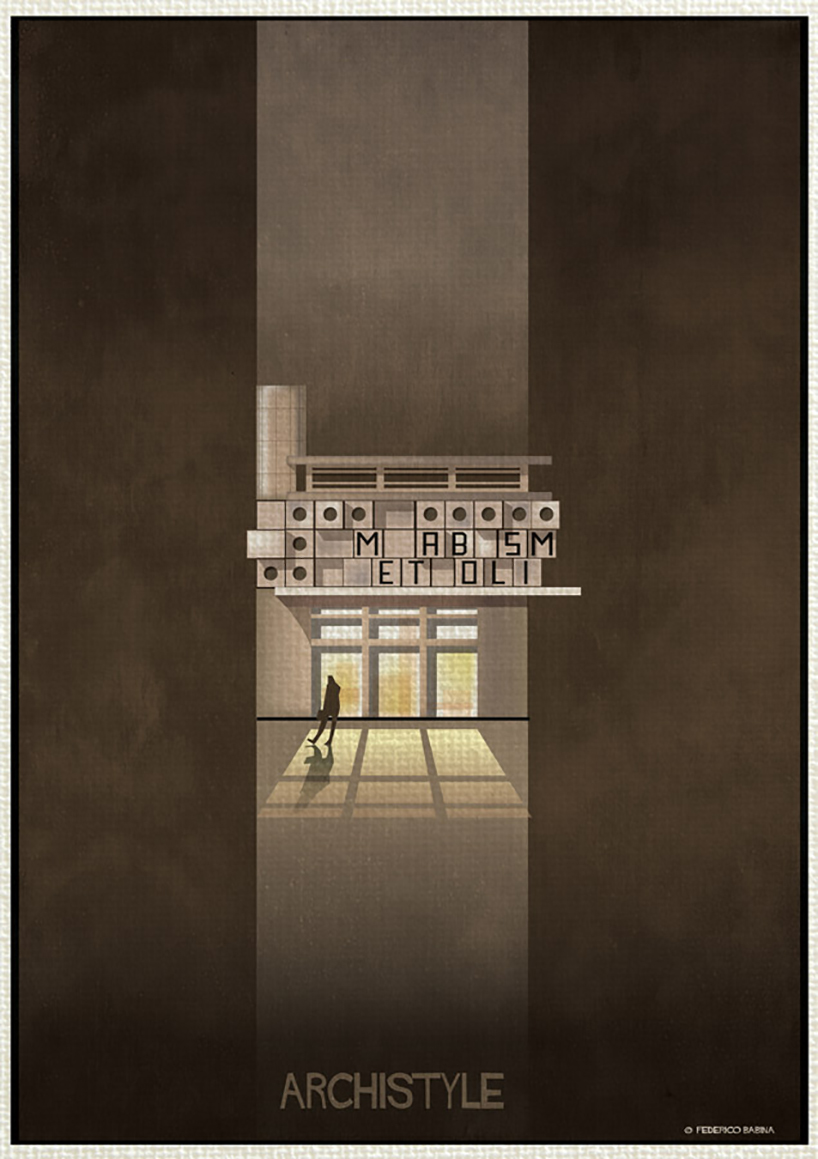 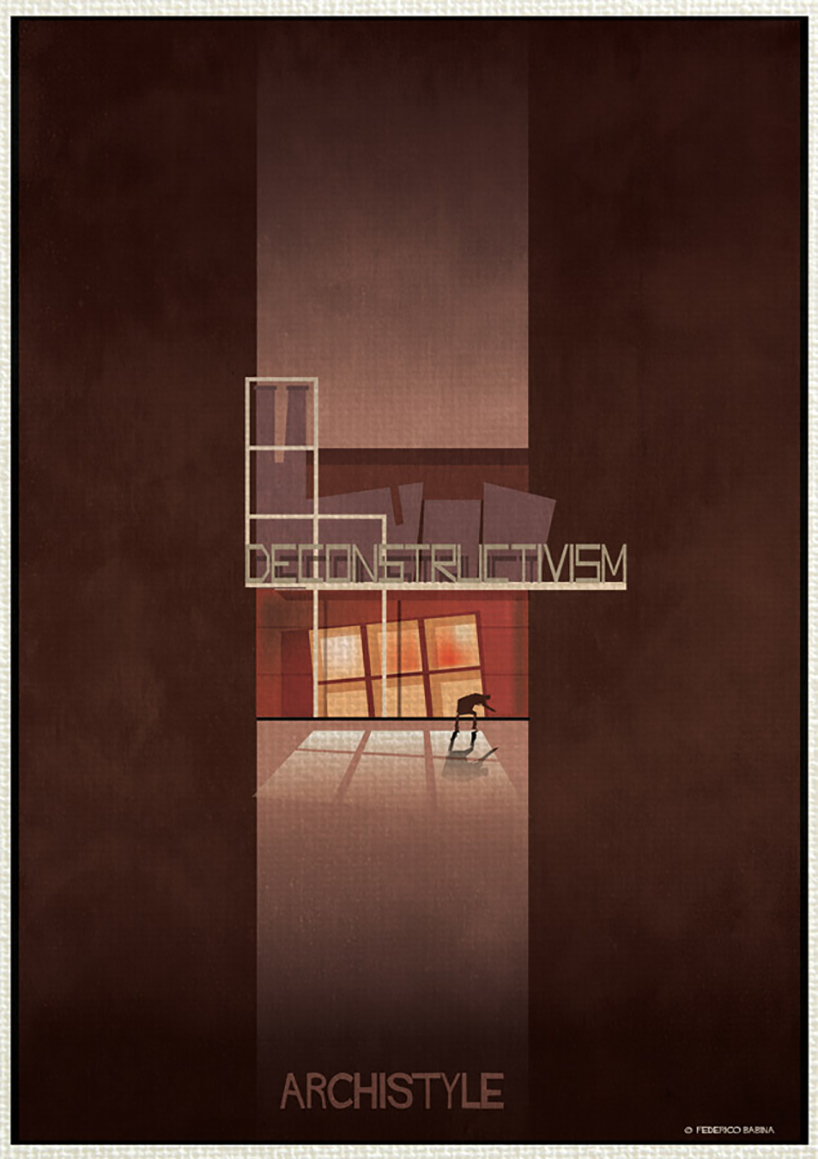 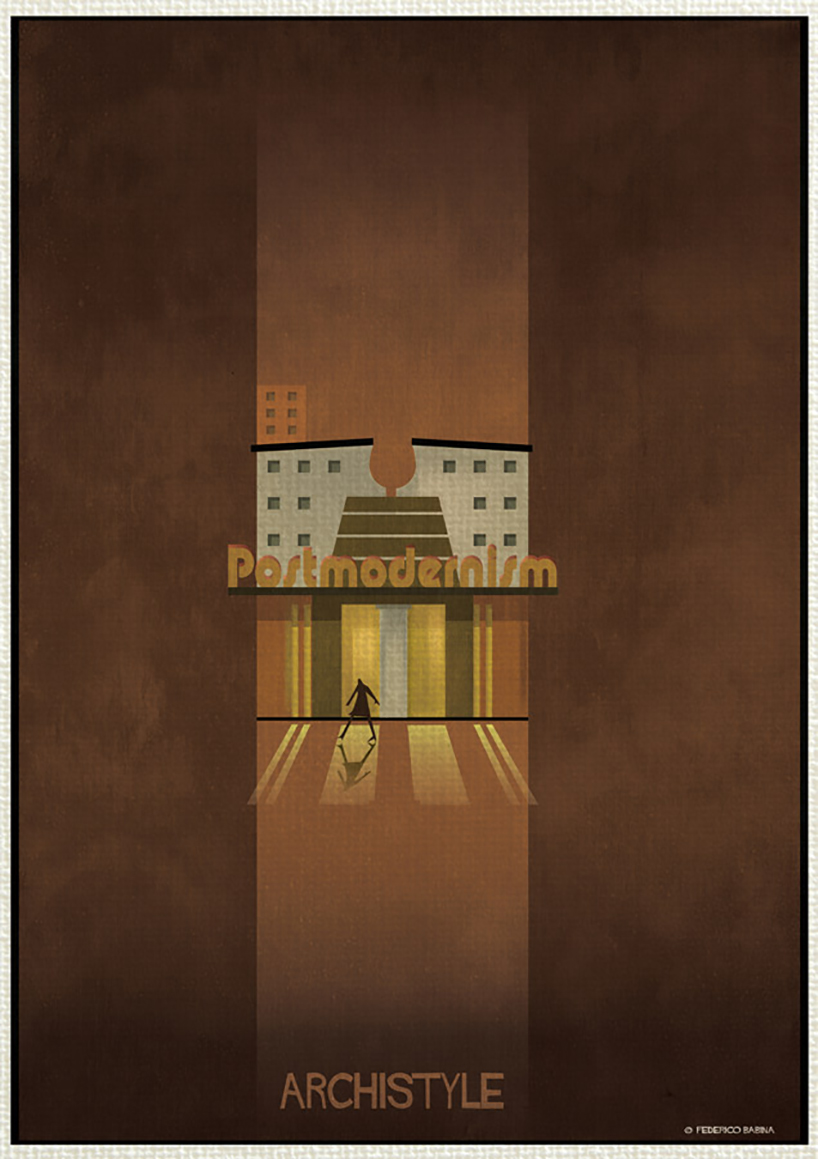 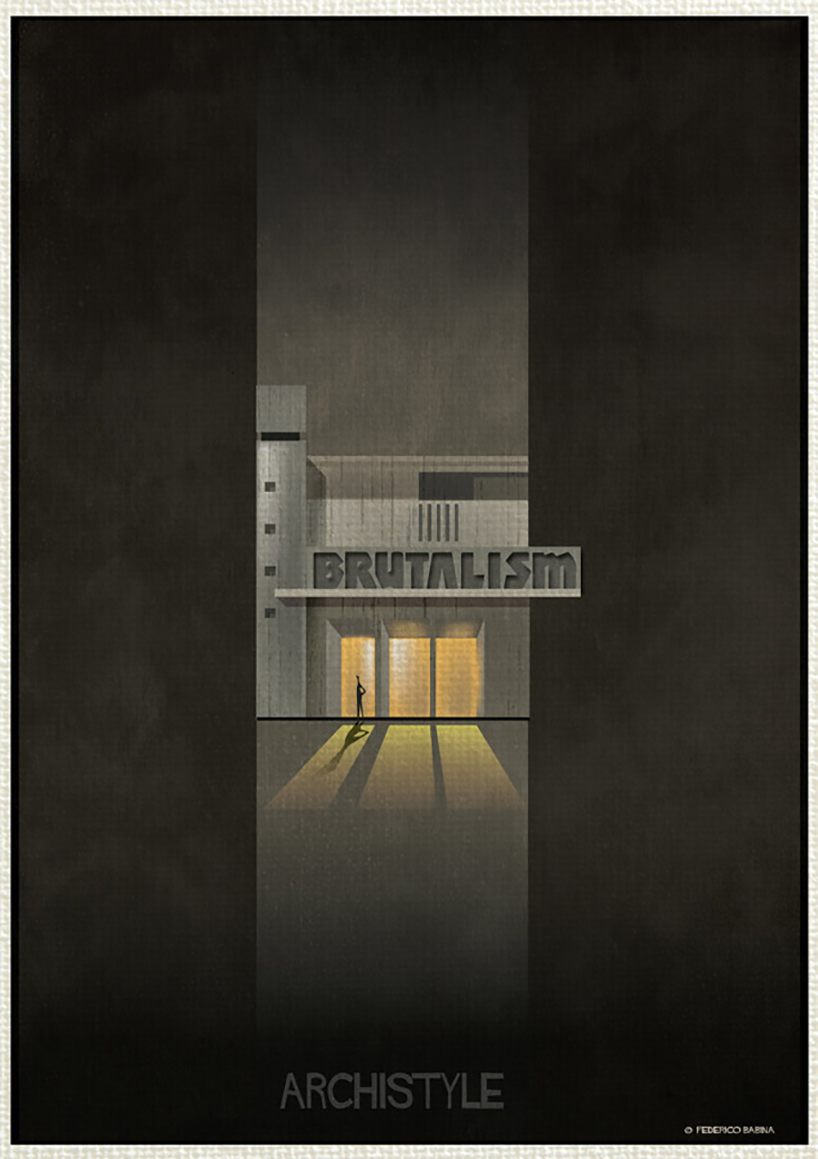 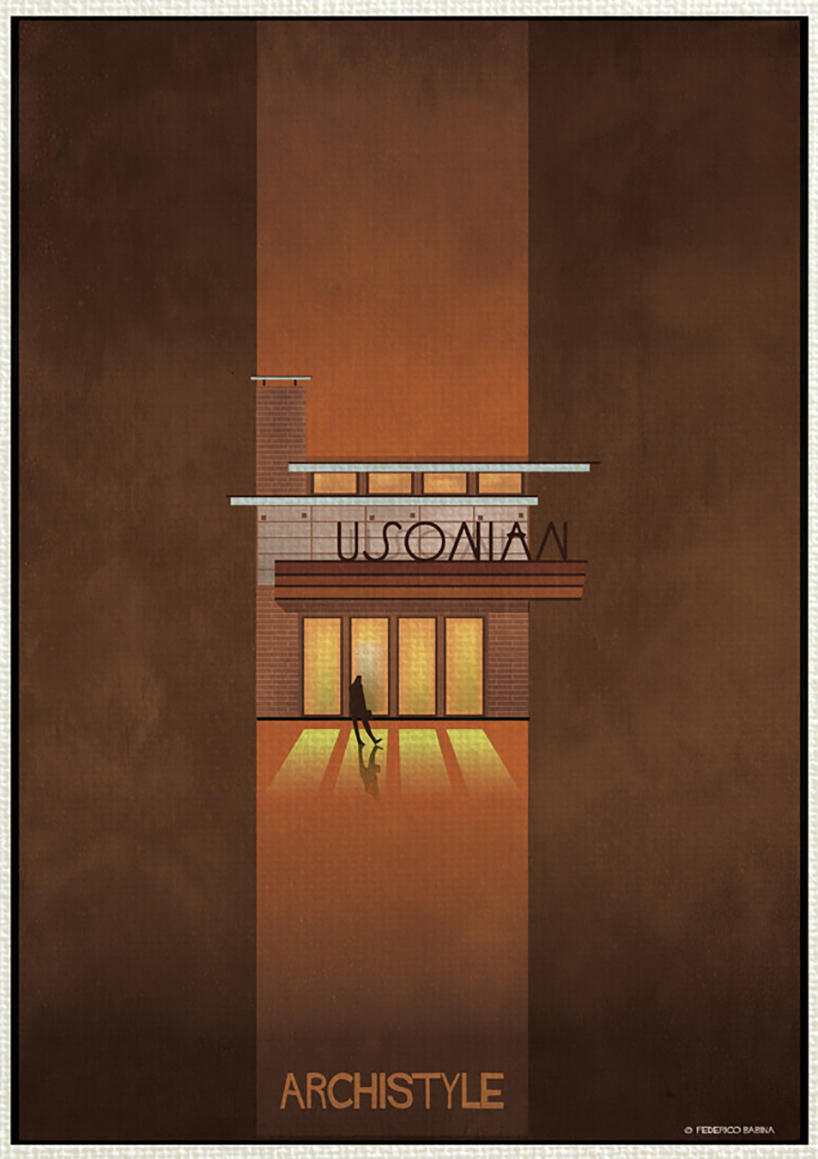 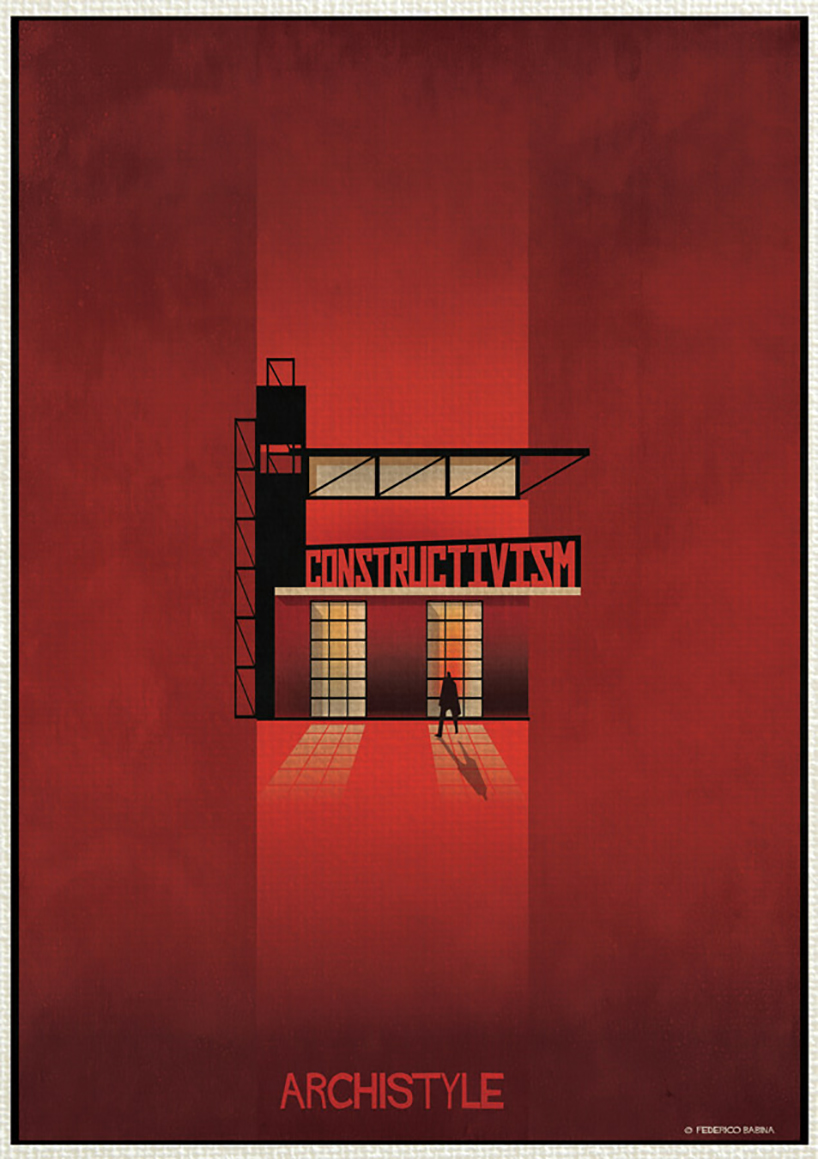 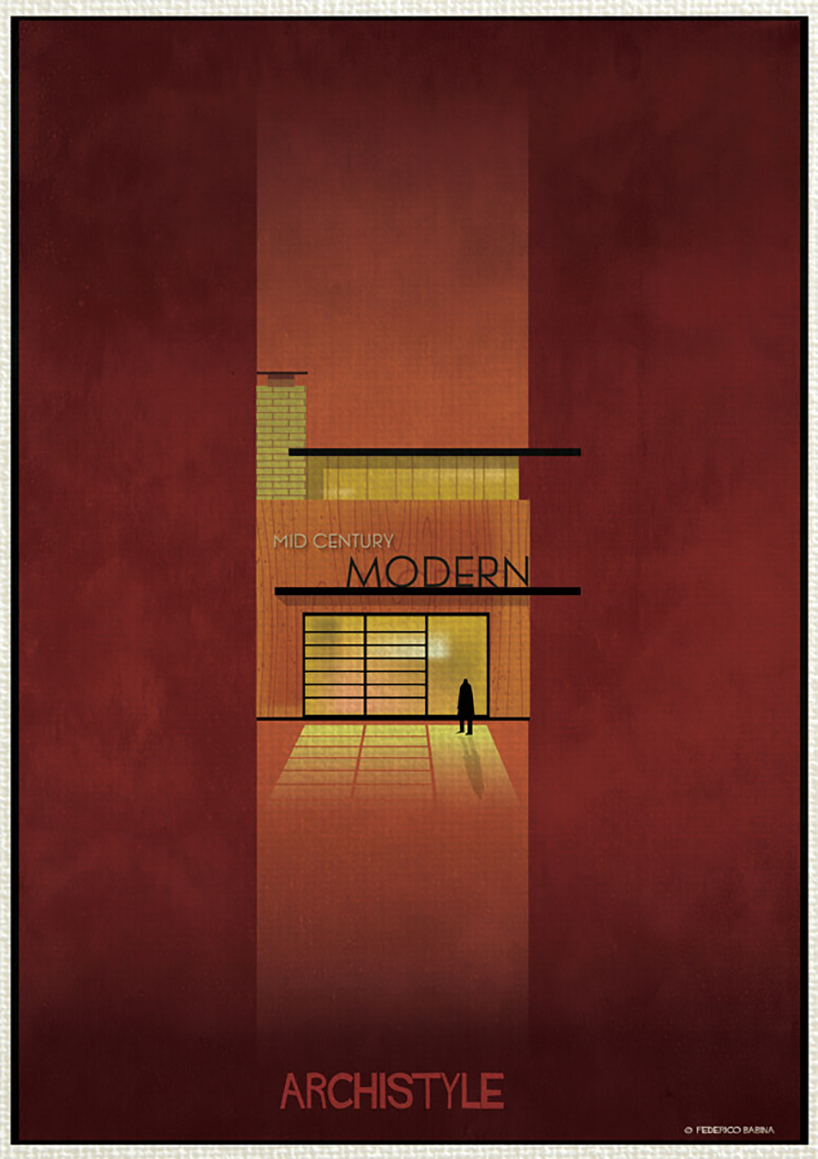 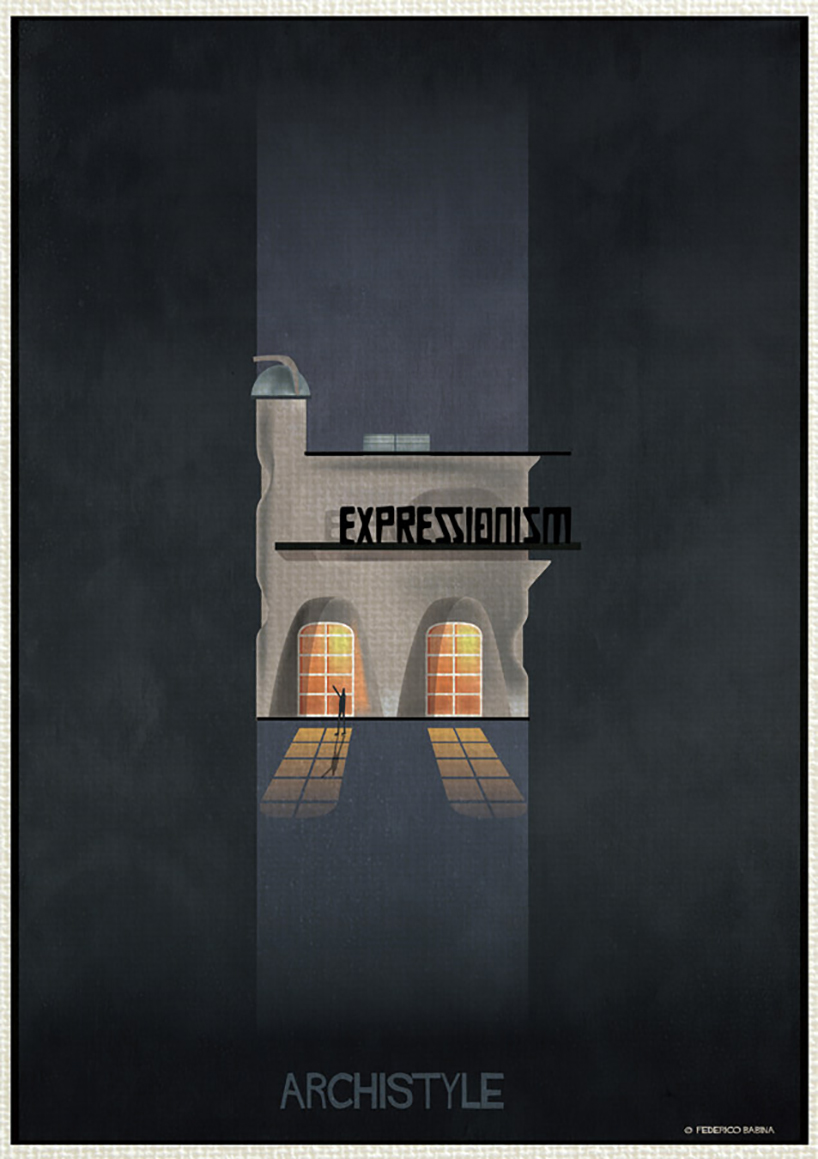 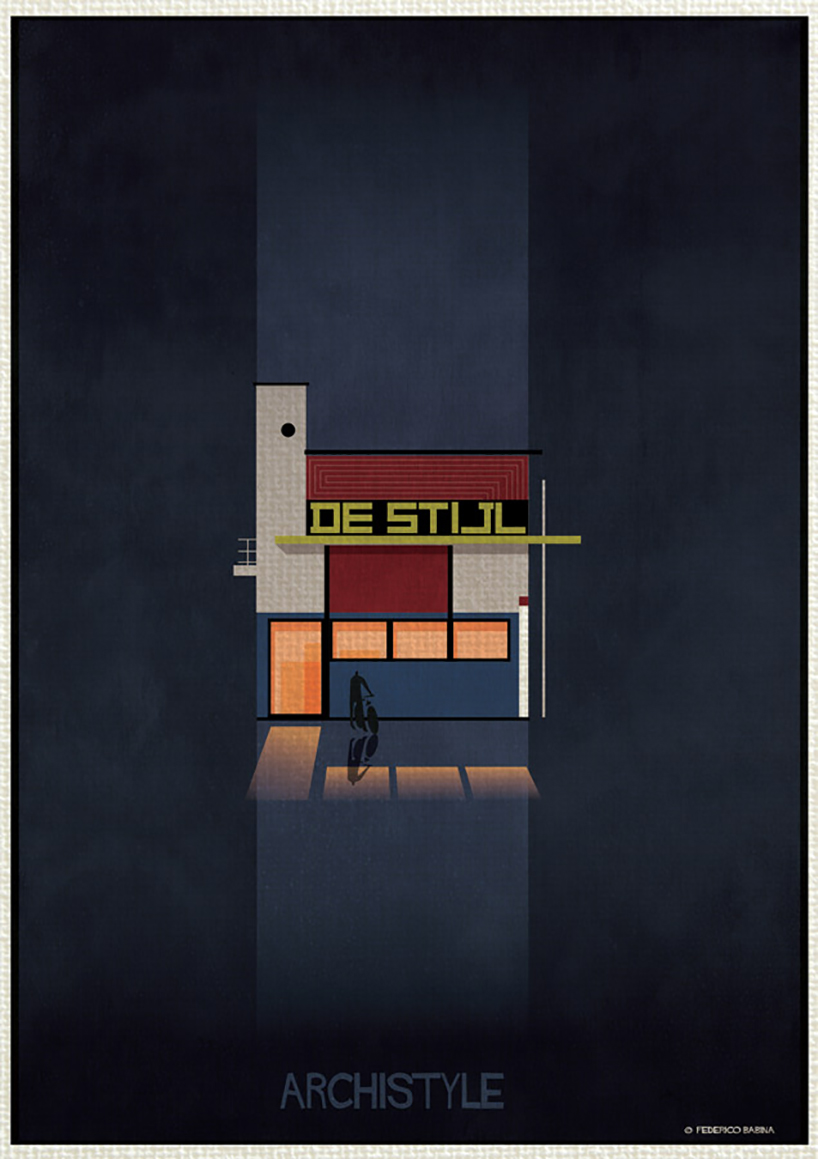 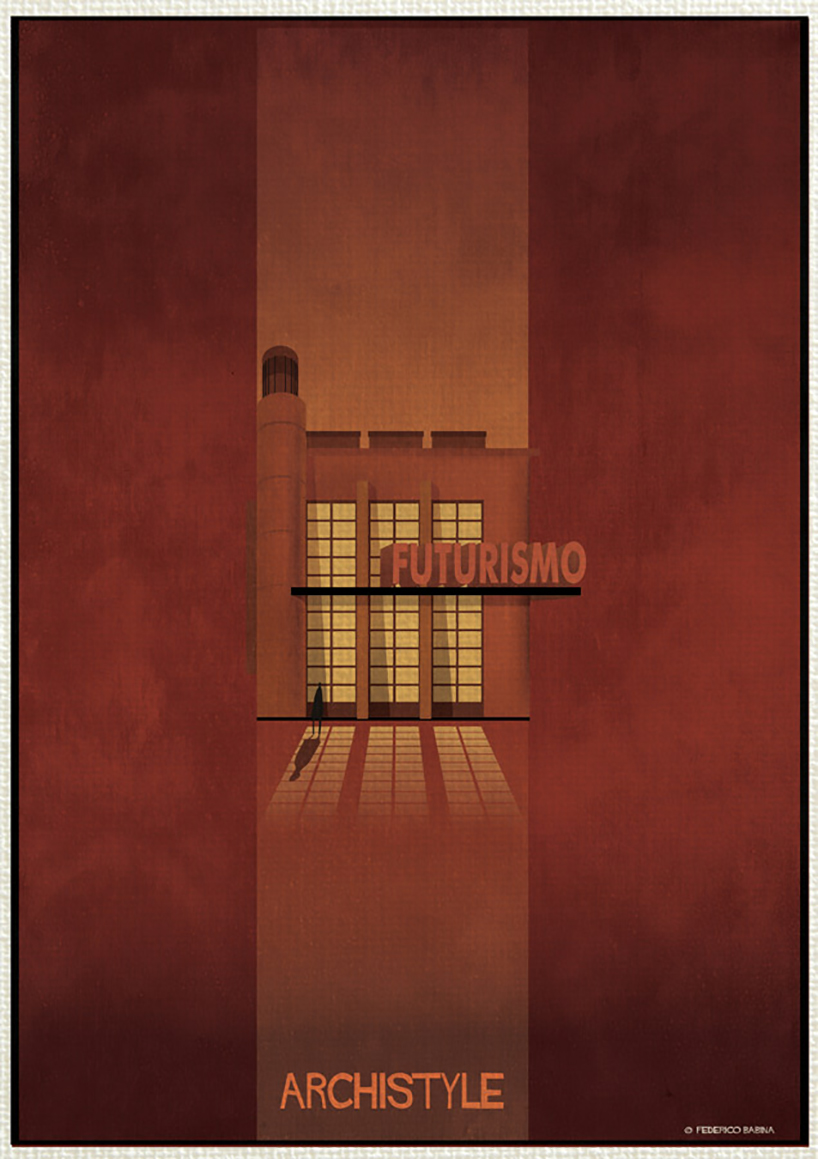 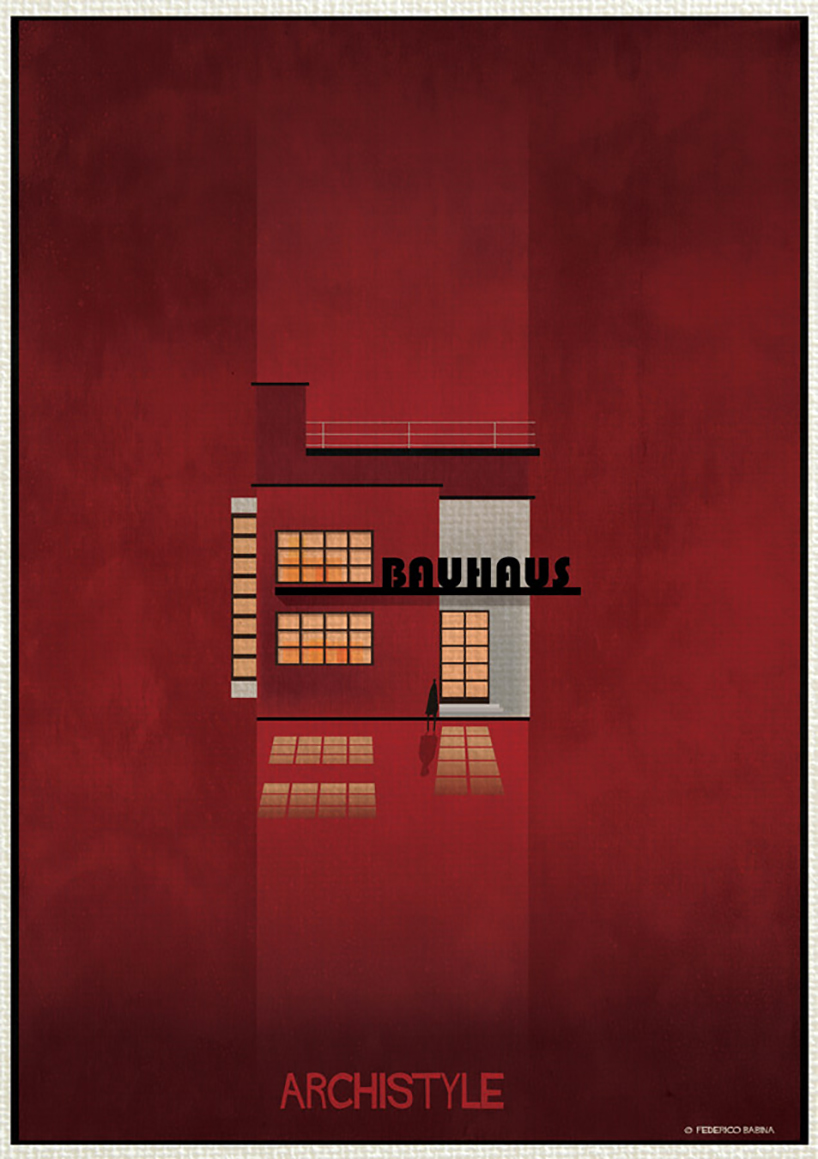