‘prose is architecture, not interior decoration,’ ernest hemingway once said. echoing this sentiment, italian illustrator federico babina has realized a series of 27 drawings that imagine literary texts as architectural, three-dimensional volumes. in continuation of babina’s ongoing illustrated journey that interweaves varied forms of expression, ‘ARCHIWRITER’ sees graphic constructions built around novelists, poets and playwrights’ most famous works. ‘you can perceive a text page as a three‐dimensional structure, where the solids and voids are held up on a delicate spatial balance,’ babina says. ‘it is possible to embark on a journey wrapped with imagination to be able to read between the sequence of words and discover a third dimensional level.’ 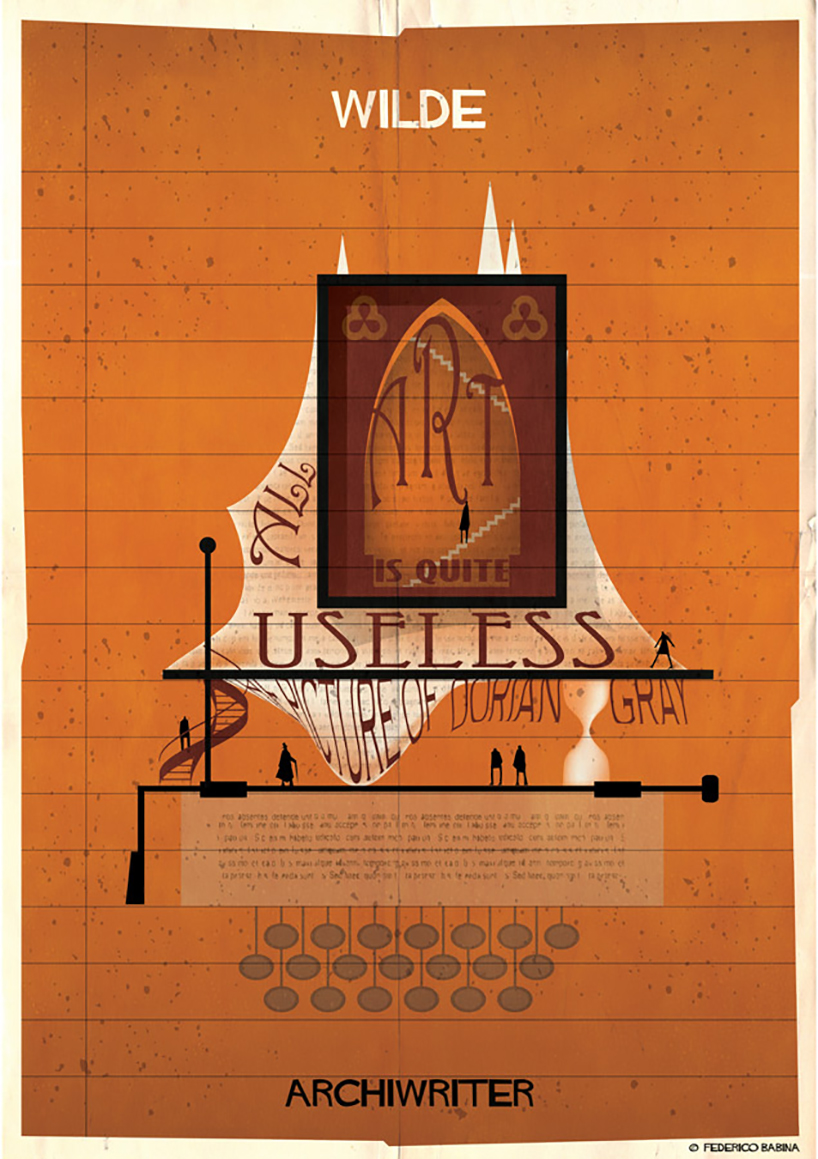 oscar wilde — the tears of hedonism

for each author, babina imagines an architectural language for his/her narrative style. these themes include ‘the improvisation journey’ for jack kerouac, ‘the medieval metaphor’ for william shakespeare, and ‘the absence of lyrical’ for ernest hemingway. the colors, graphic symbols, aesthetics and opacities that are at play in each composition depict these descriptions as imaginary architectural universes. ‘the style of a text and the personality of a writer, the issues that he’s facing and the story that relates can become a small illustrated architecture read with fantasy,’ babina explains. 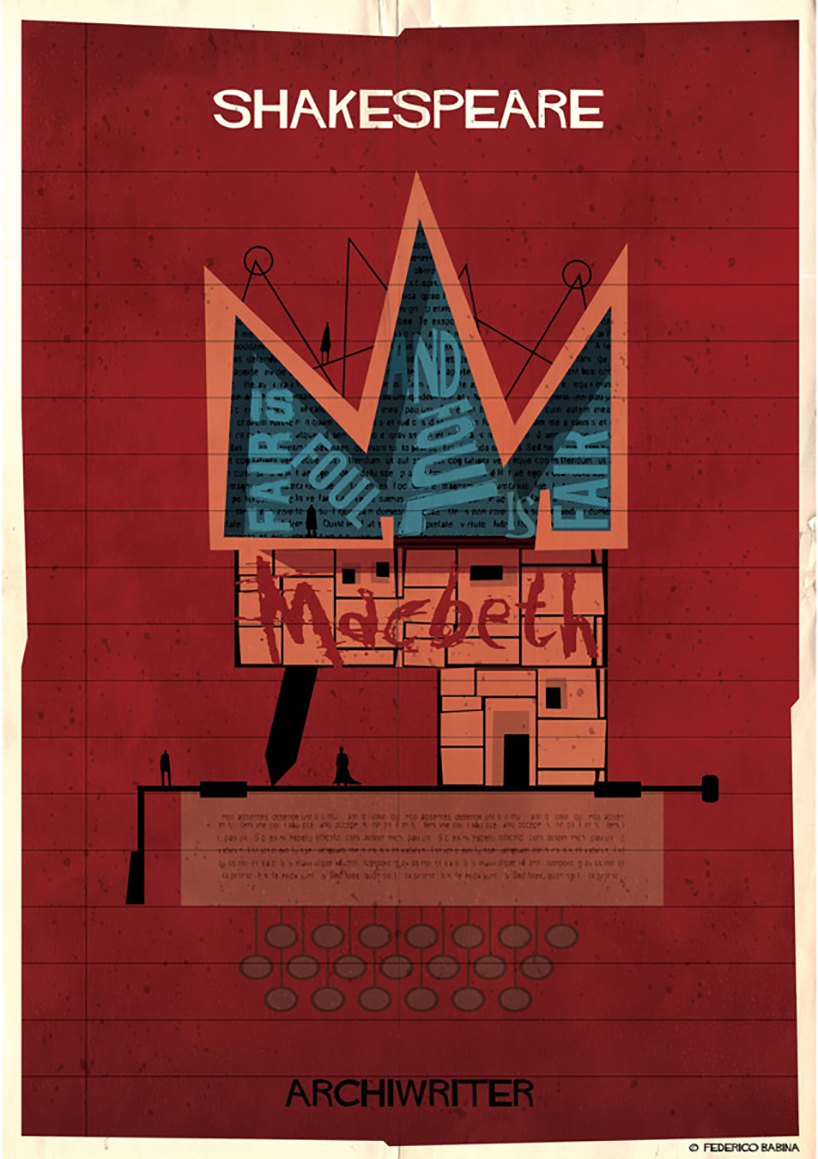 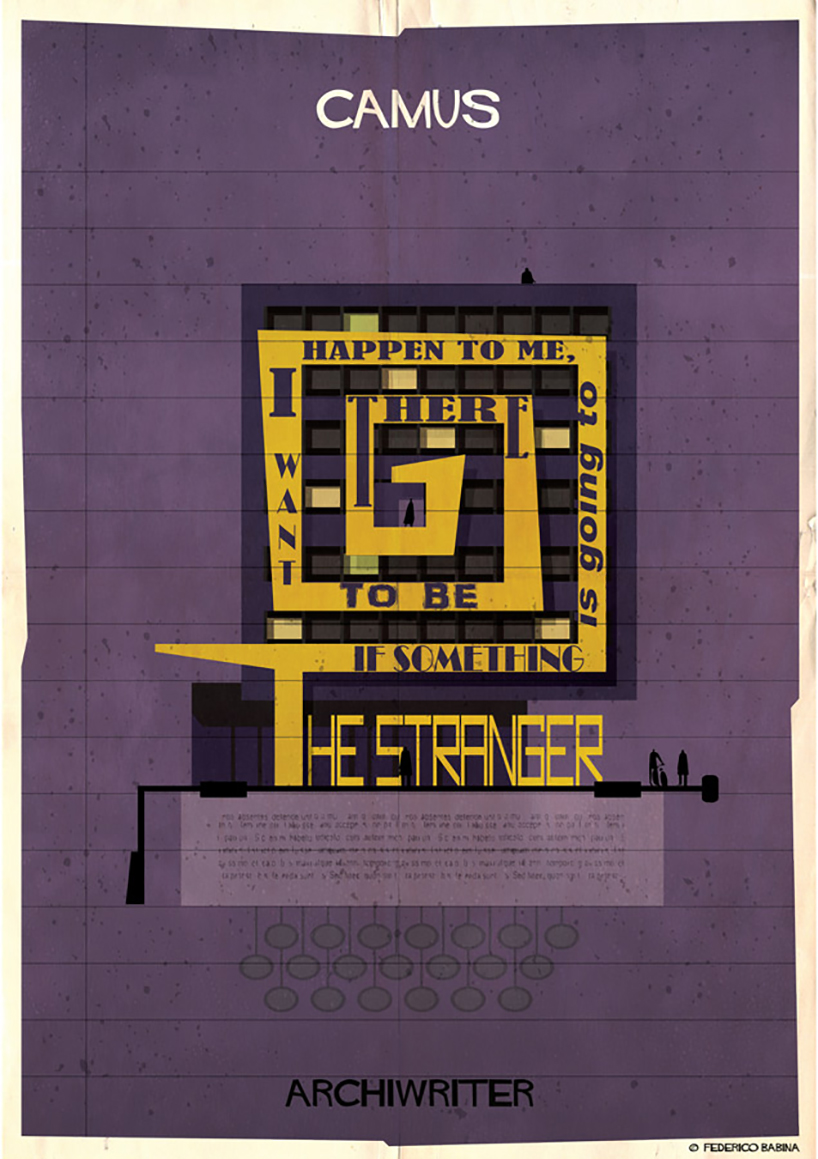 albert camus — the sense of isolation 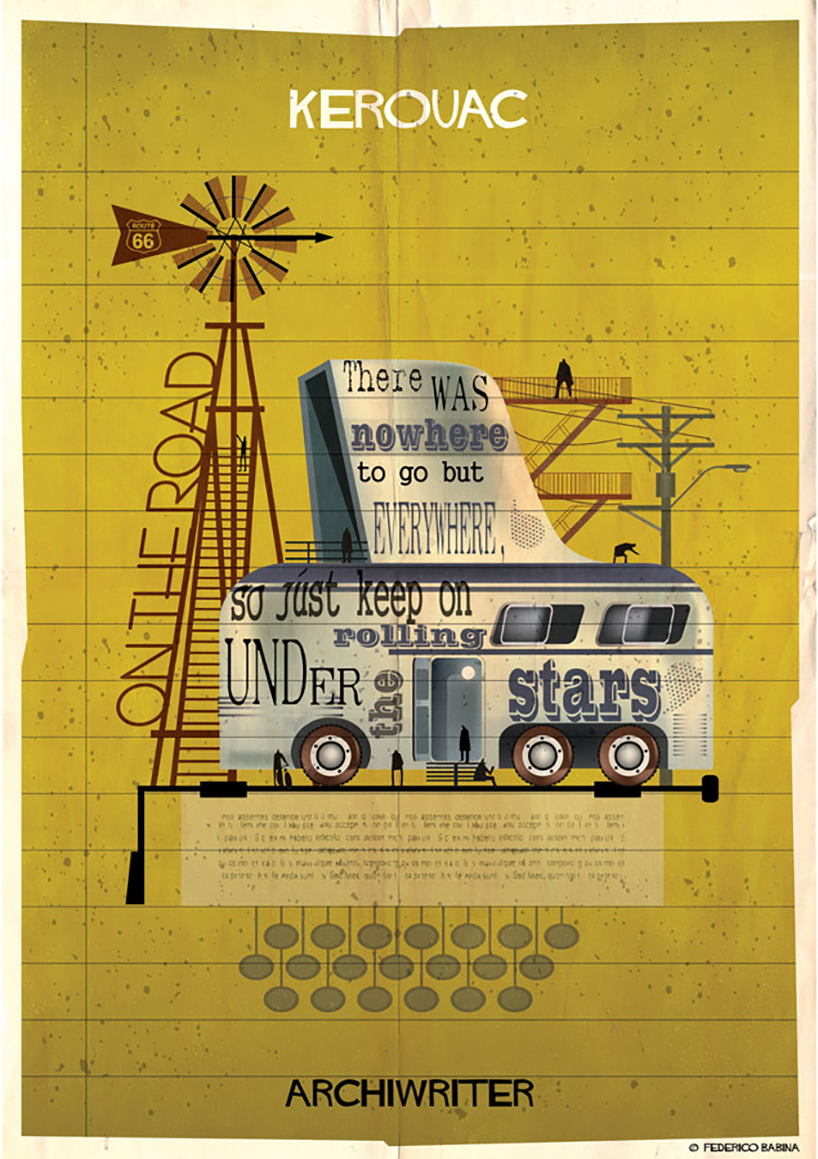 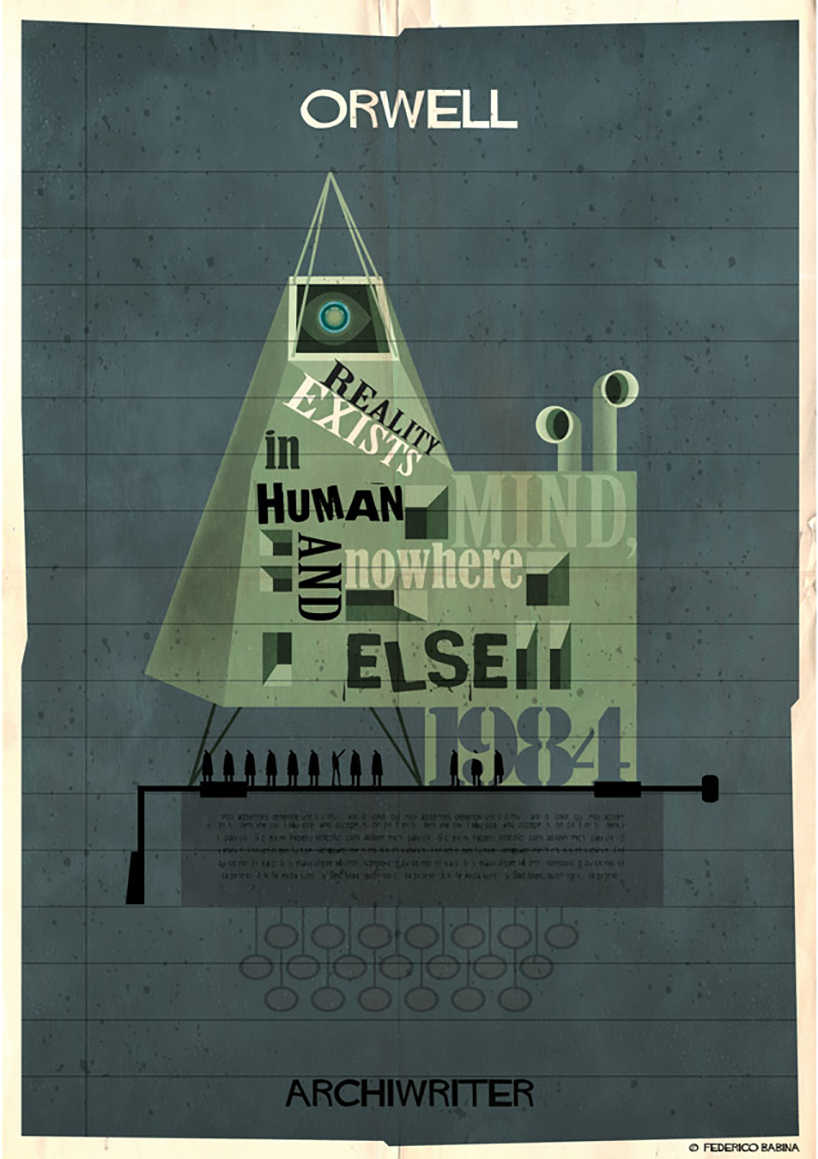 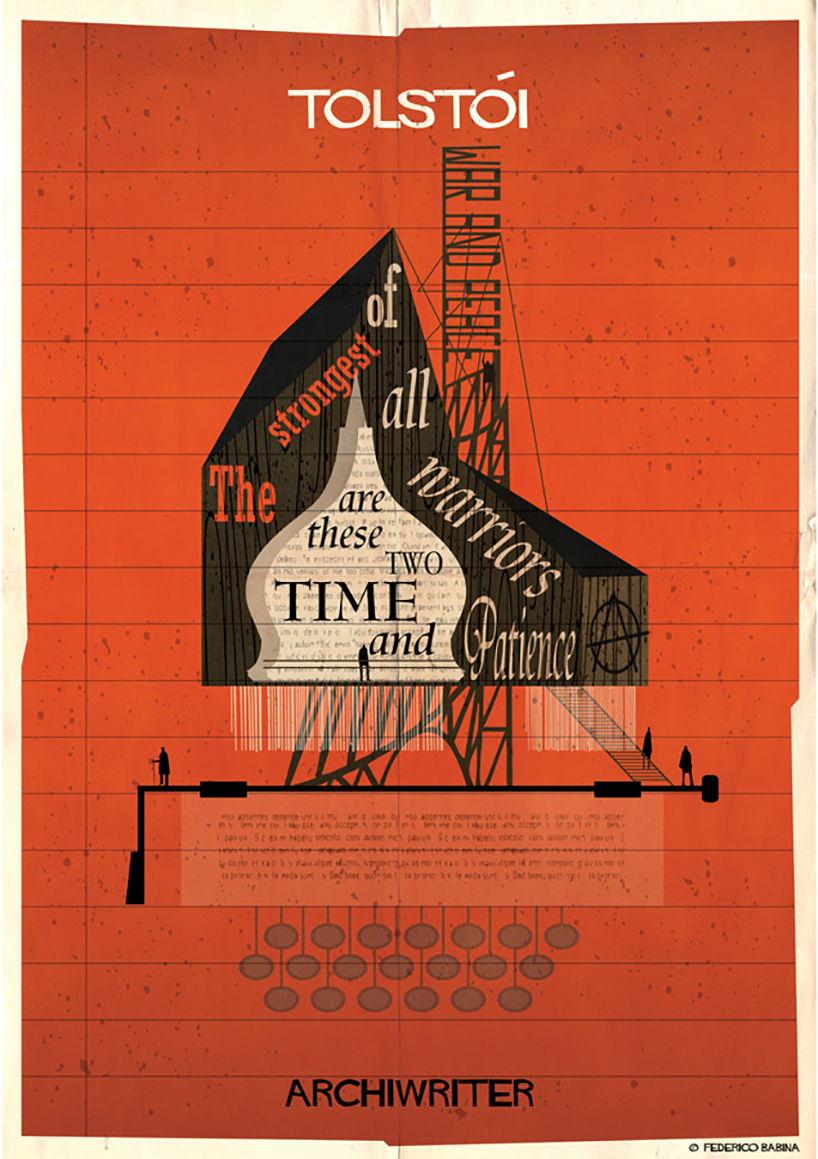 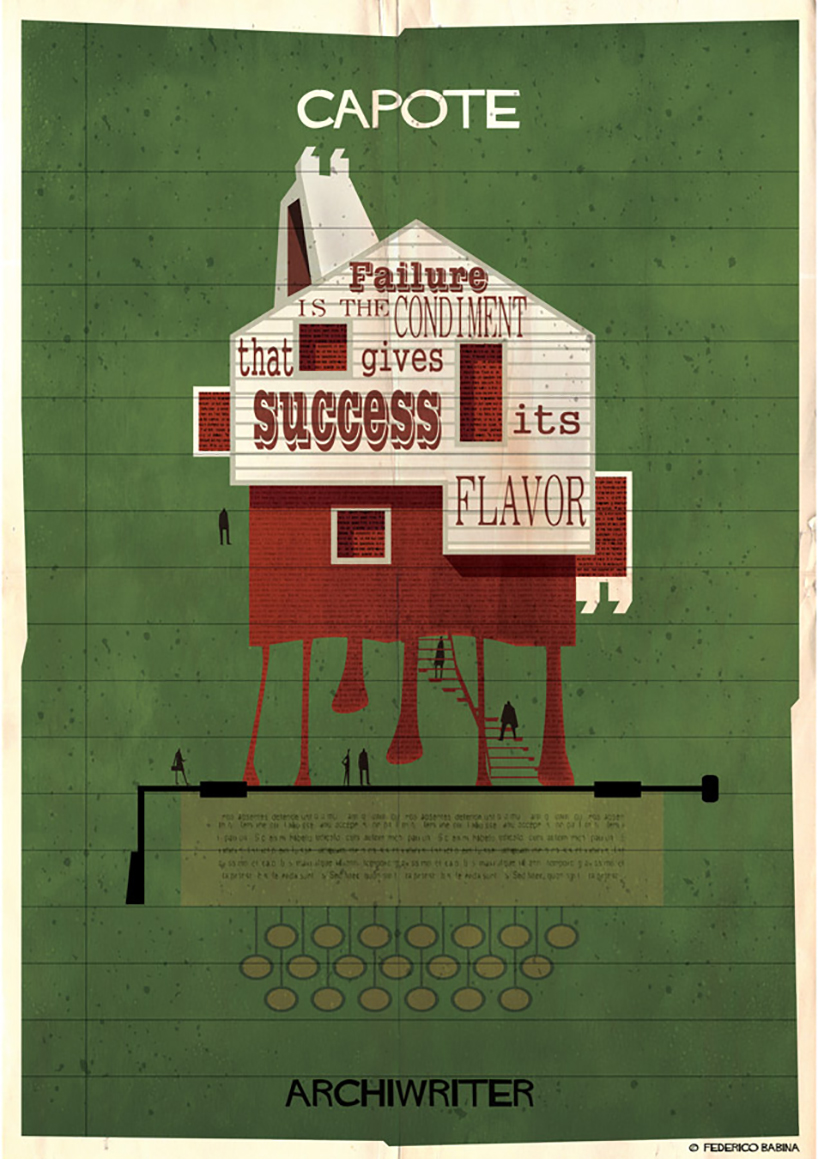 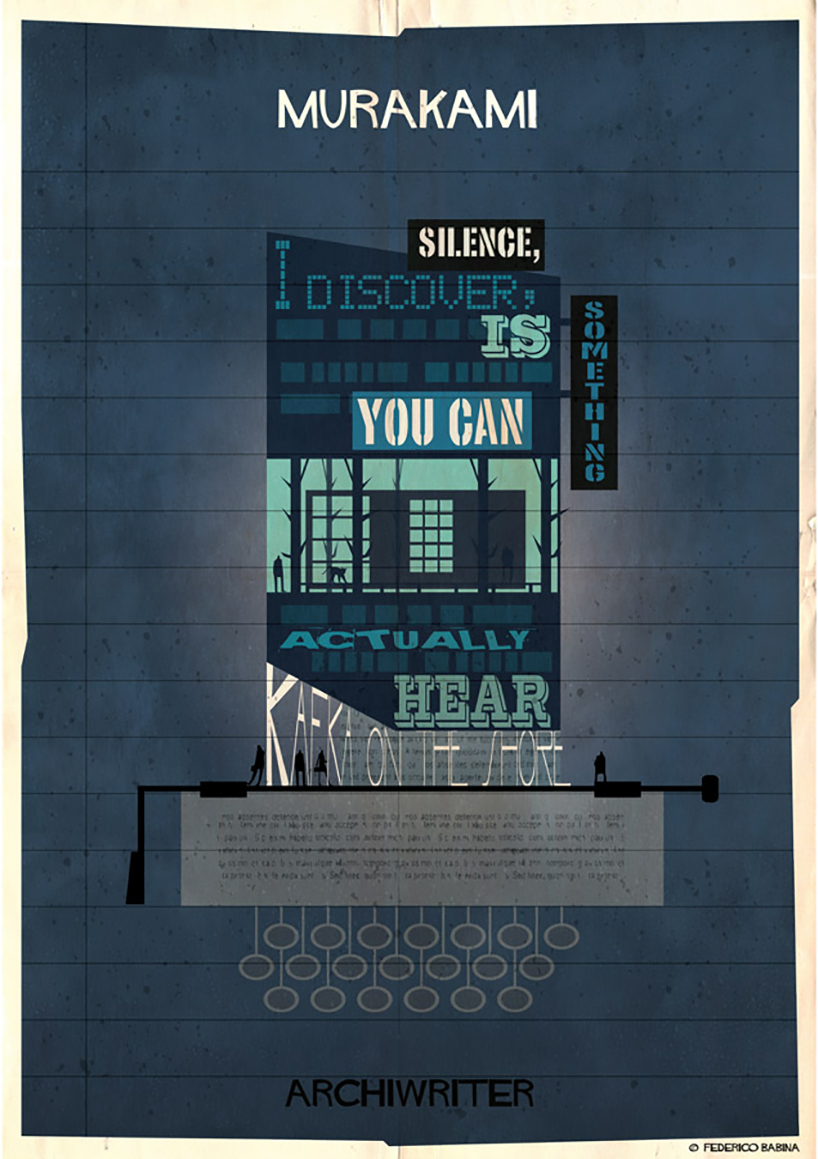 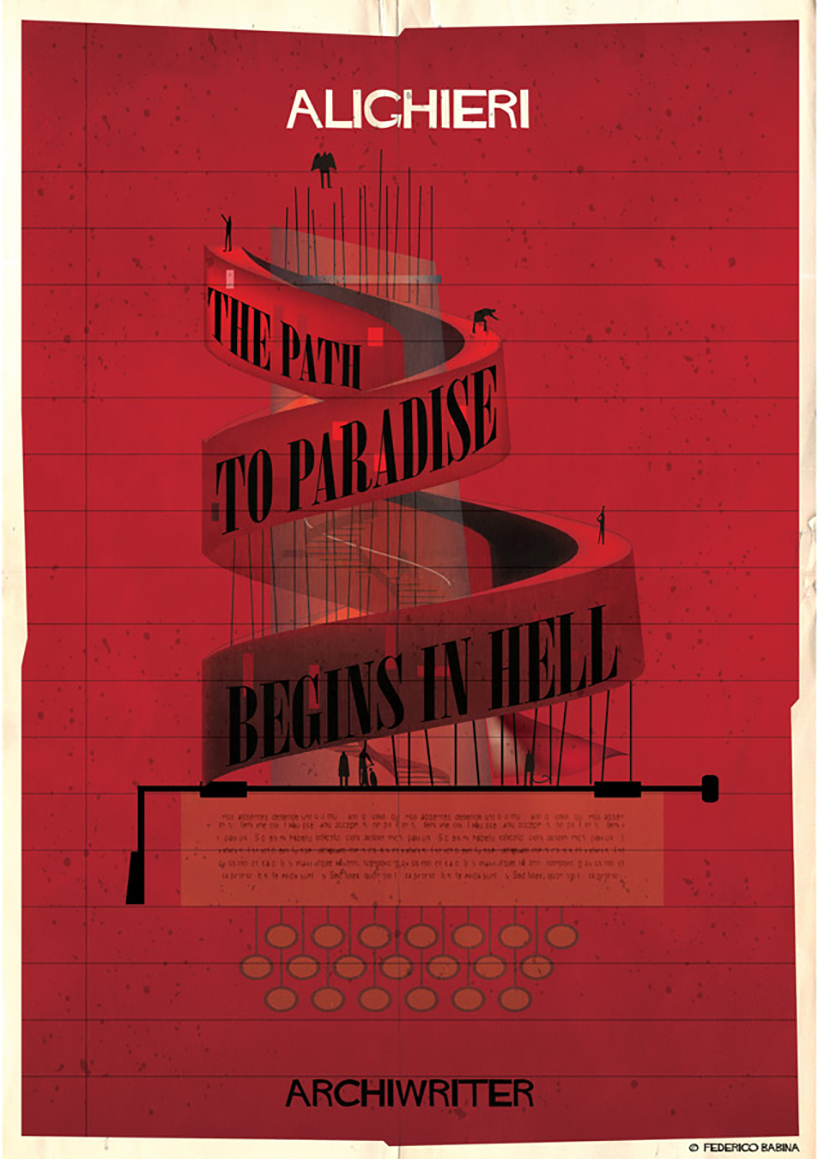 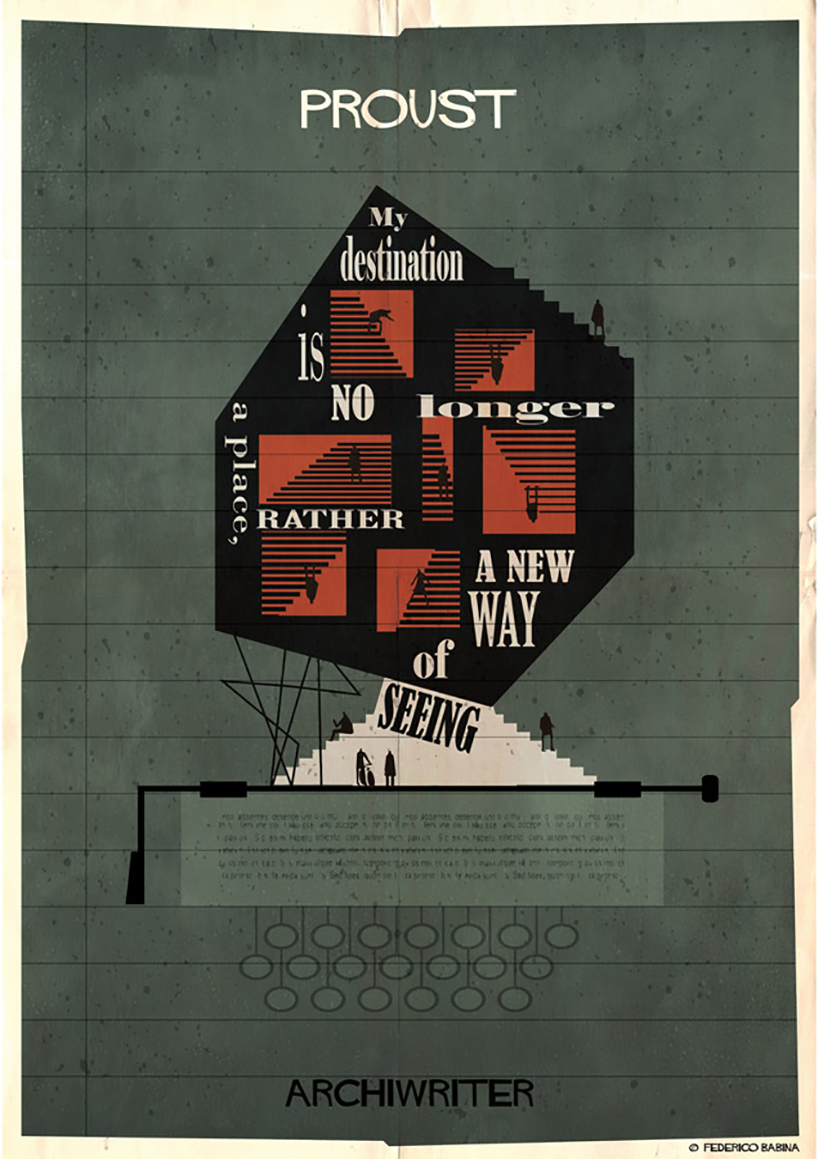 marcel proust — the structure of memory 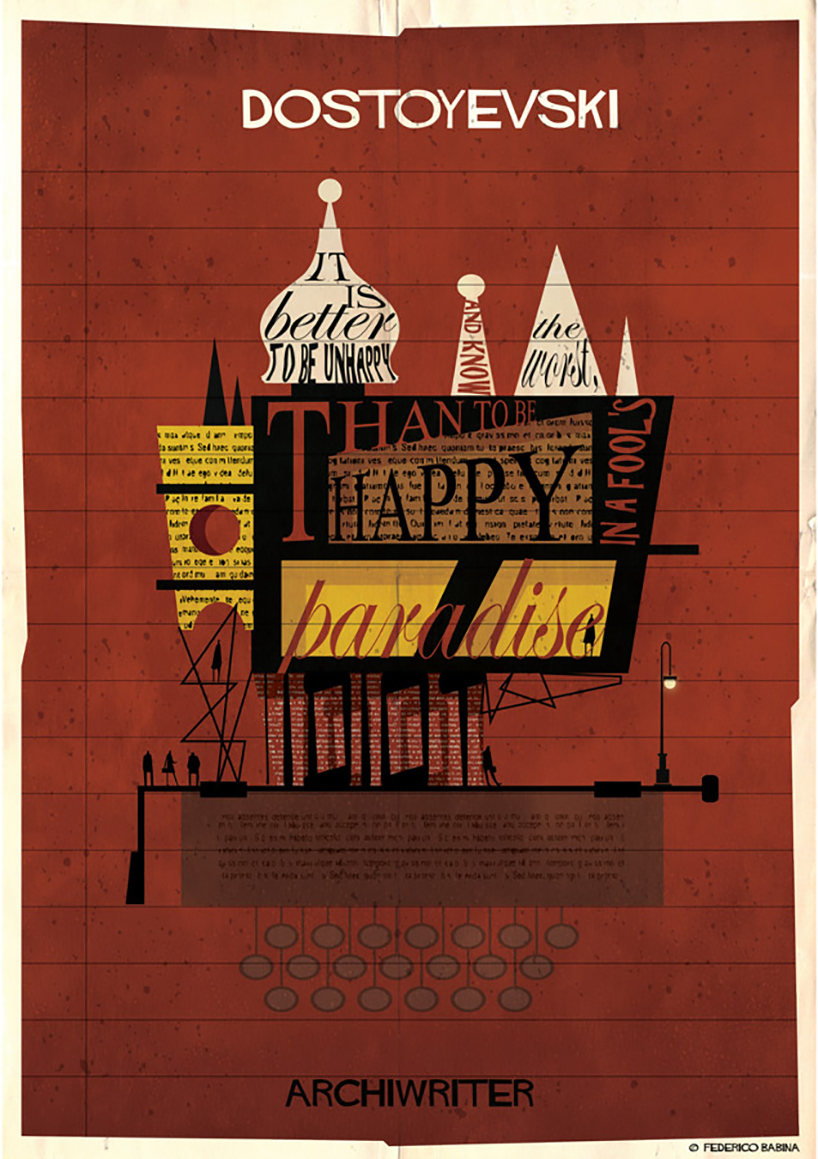 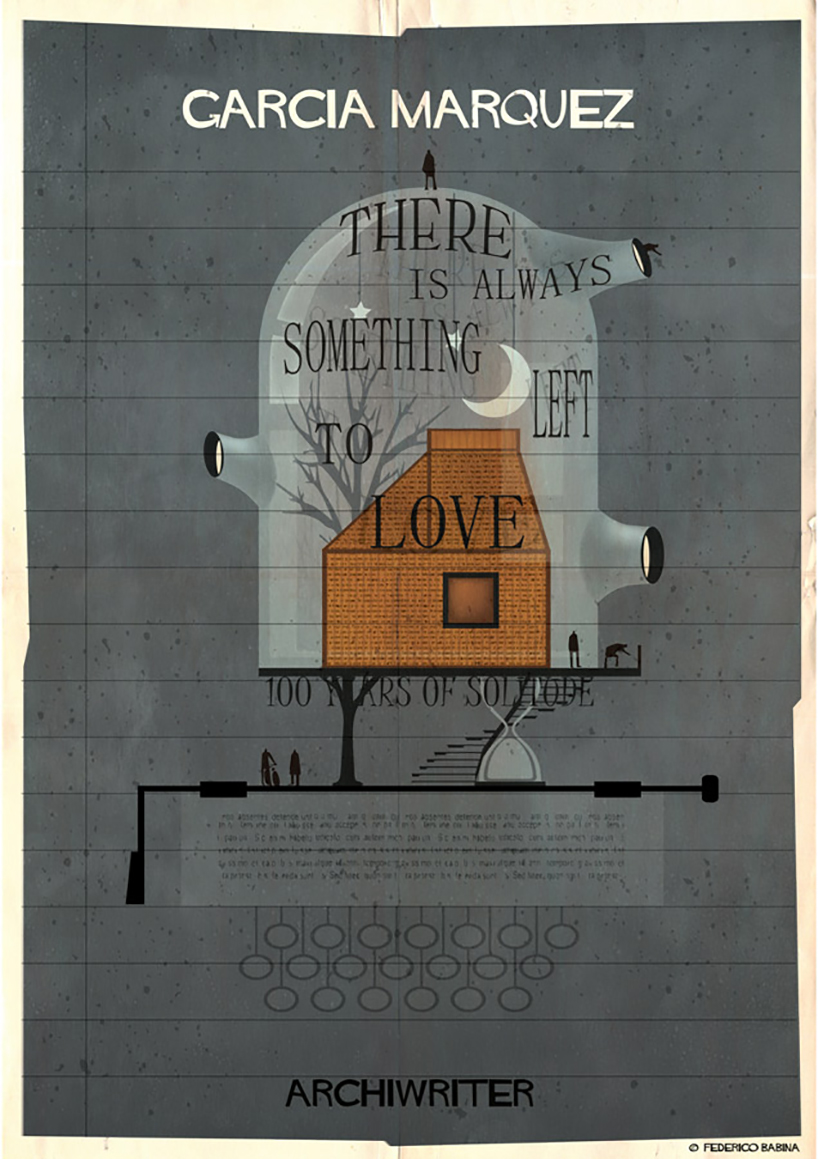 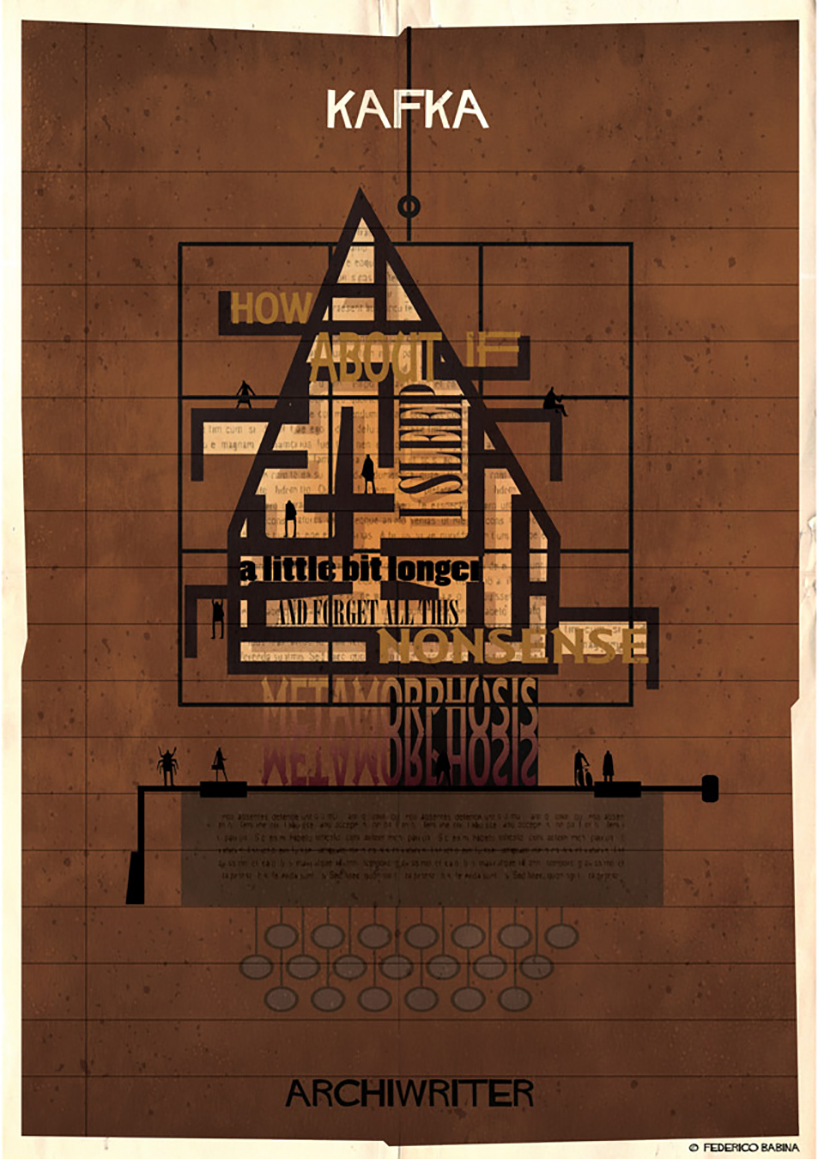 franz kafka — the labyrinth of metaphors 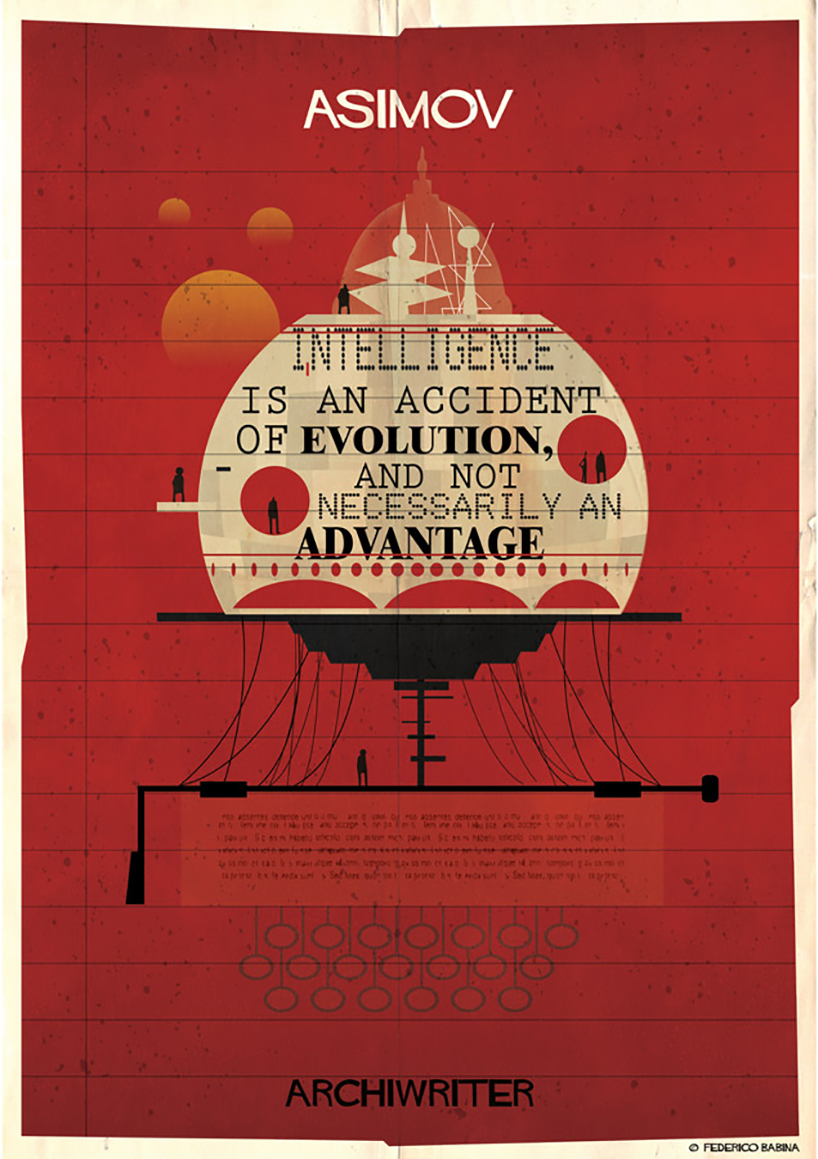 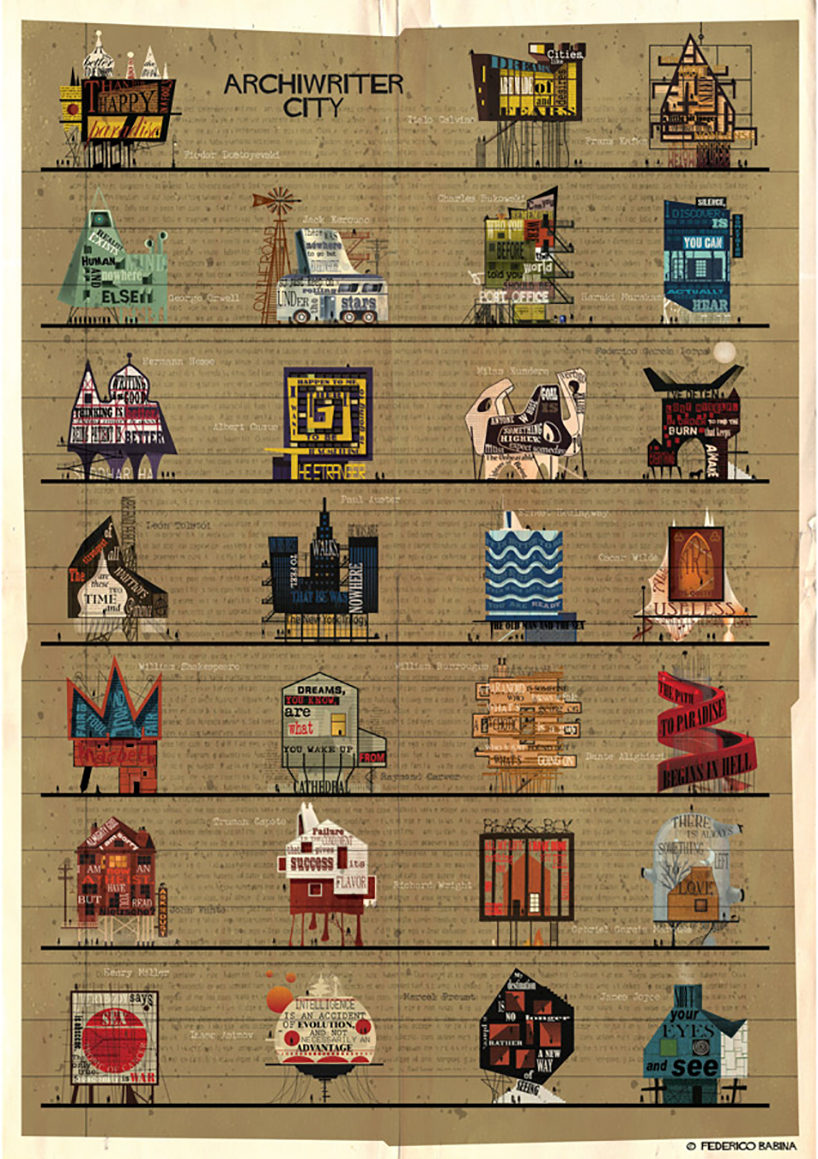