federico babina has a knack for architectural re-imaginations, whether it be depicting designer dwellings of style-conscious superheroes, or illustrating imaginary director-designed homes. the italian creative now returns with a new series called ‘artitecture’, which sees 10 art forms envisioned as architectural inventions and delicate mechanical devices. like kinetic sculptures frozen in time, the compositions’ ‘gears’ bring together inherent structural components of each artistic expression. 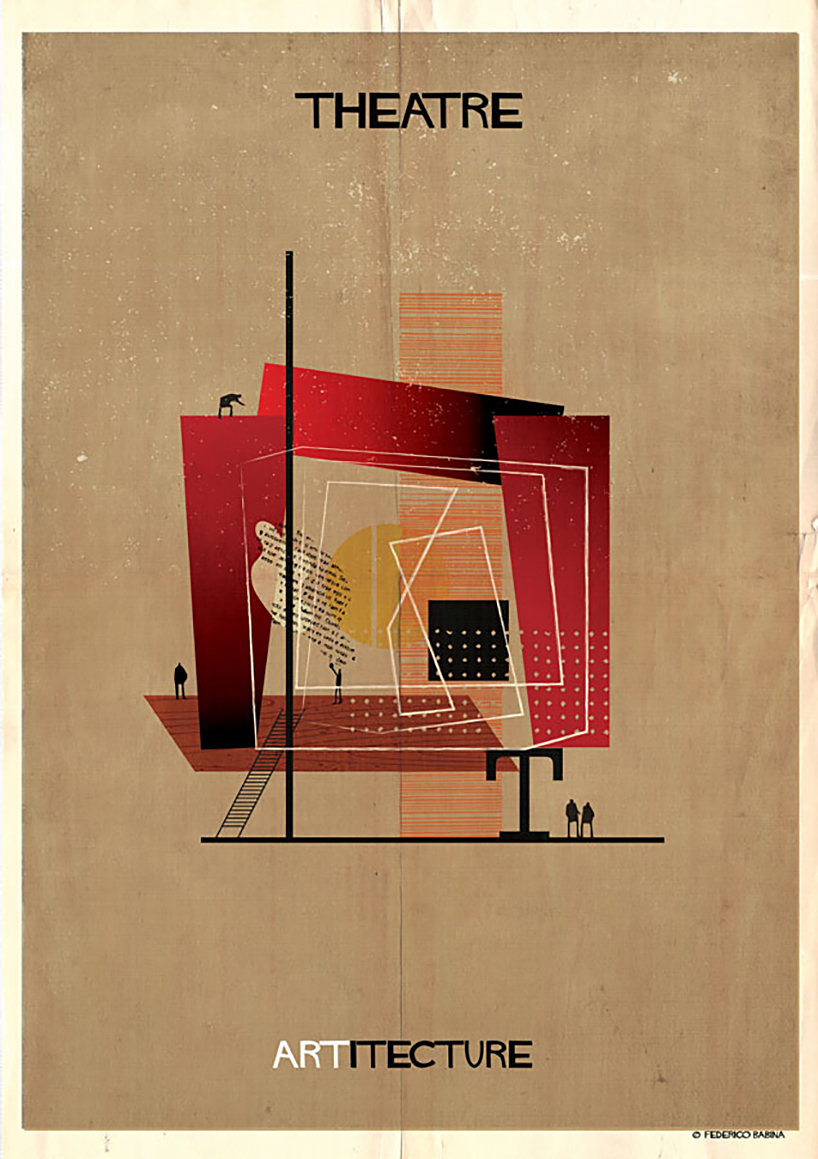 elements from the theater are abstracted and reorganized into architectural systems

babina’s ‘artitecture’ series pays tribute to various classifications of creative expression like music, comics, theater and dance. in each of the compositions, elements from the art form are abstracted and interpreted as structural systems, such as the keys of a piano, a painter’s brush, or a reel of film. ‘art is the ability to convey emotions: a personal recipe made up of study, randomness, unconscious gestures, logic and intuition, all mixed to provide the sought formula…’ babina says ‘…an assemblage of pieces that represent the artistic forms as intuitive elements.’  see more of babina’s architectural illustrations here. 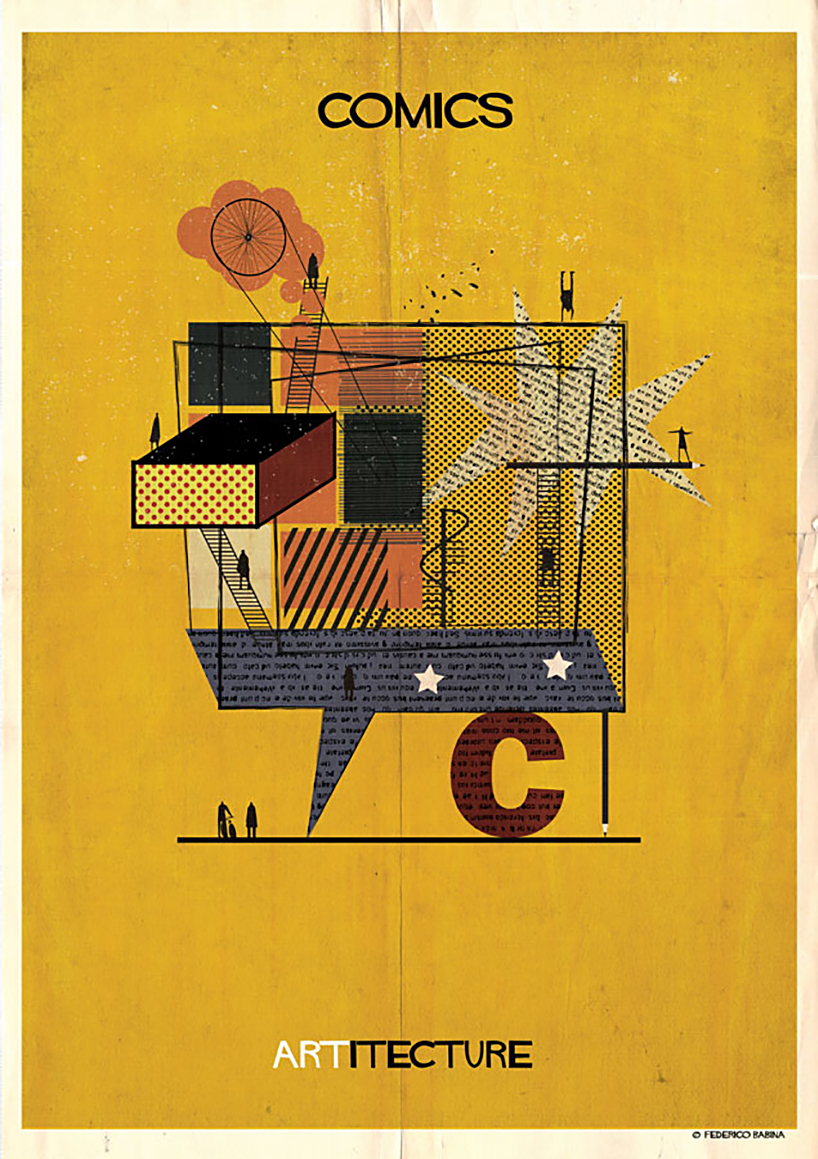 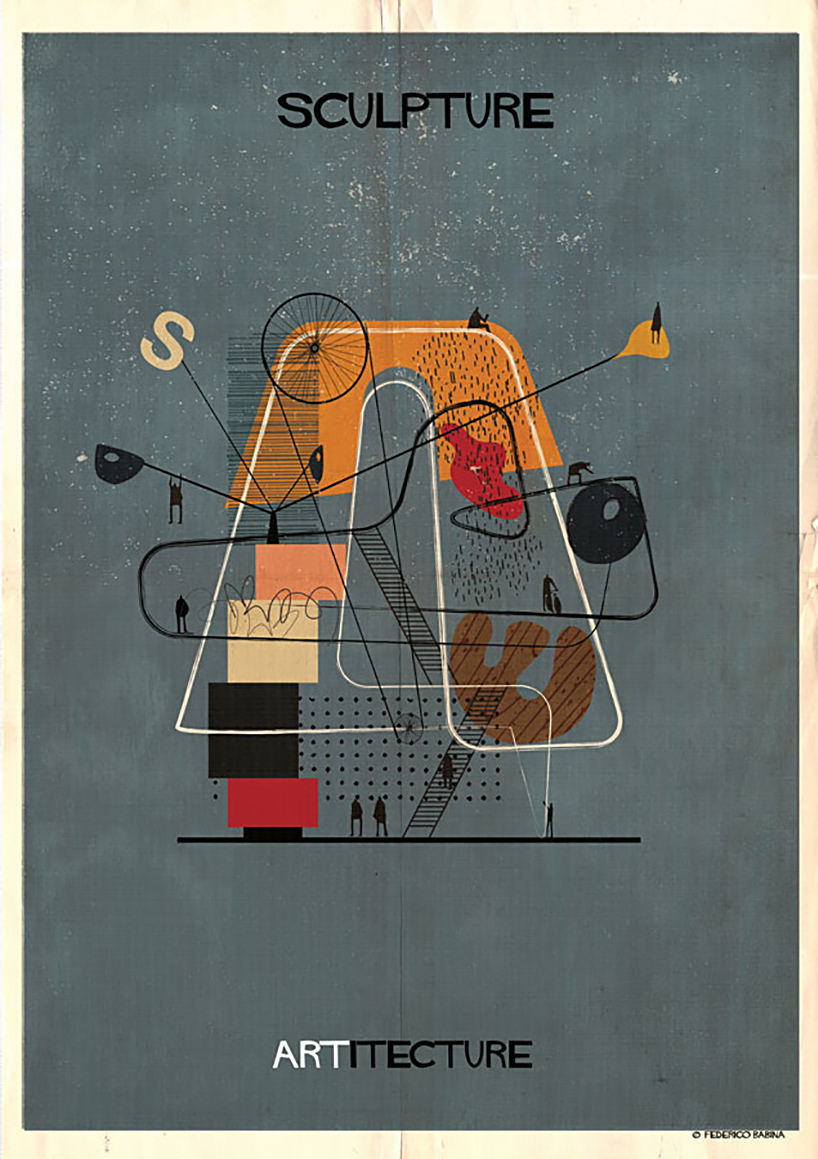 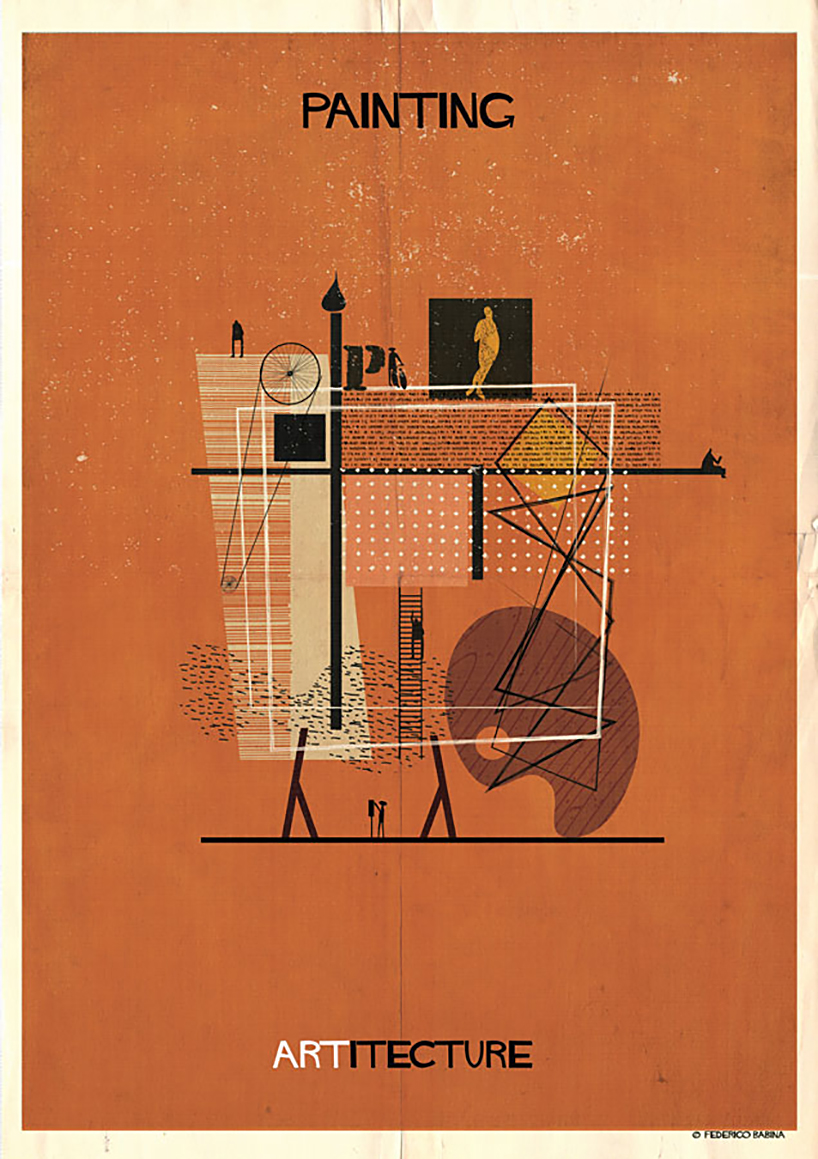 a paint brush and palette complete the composition 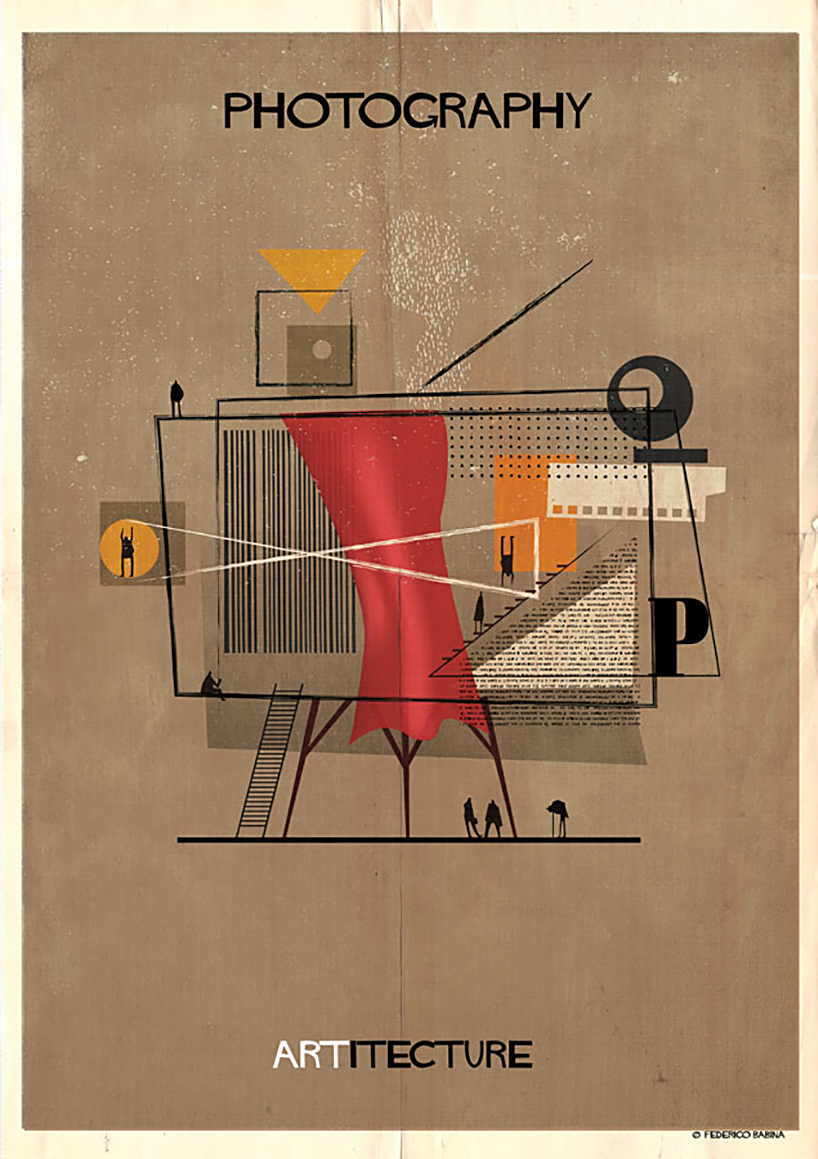 ‘photography’ is represented by a roll of camera film 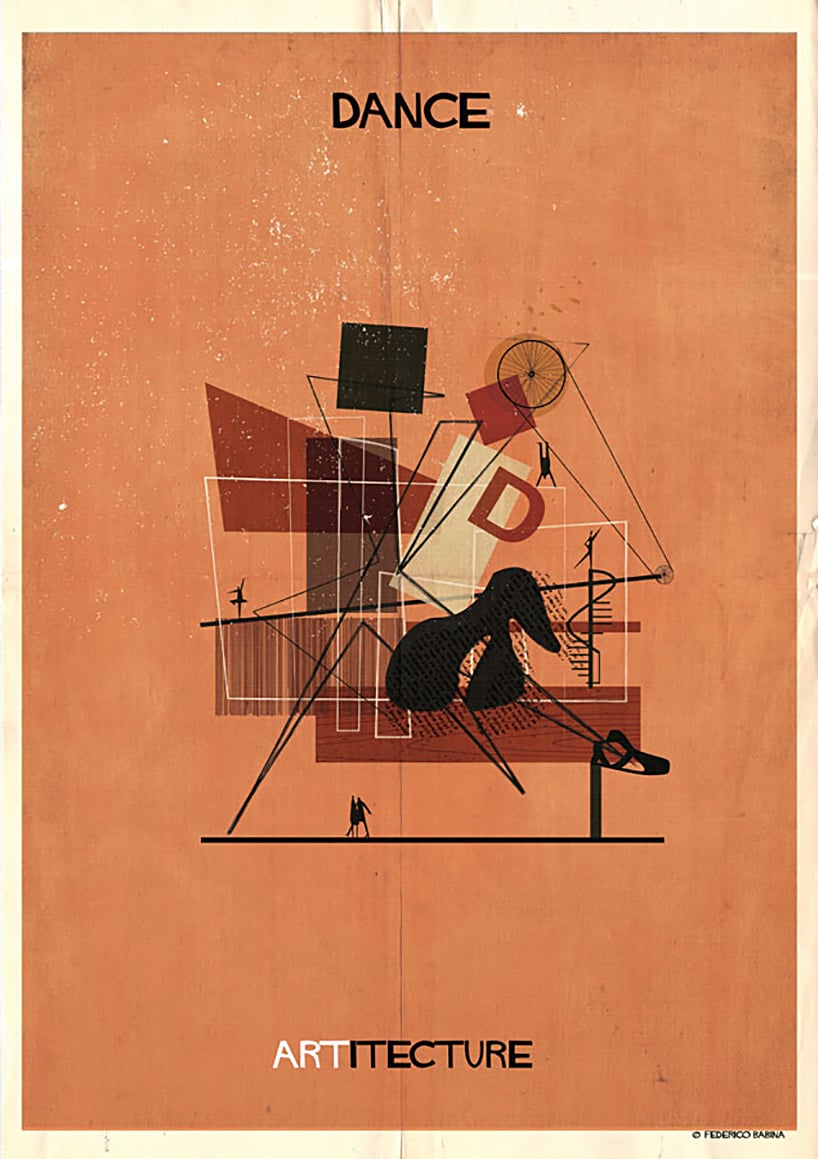 miniature figures interact with and dance around the structural form 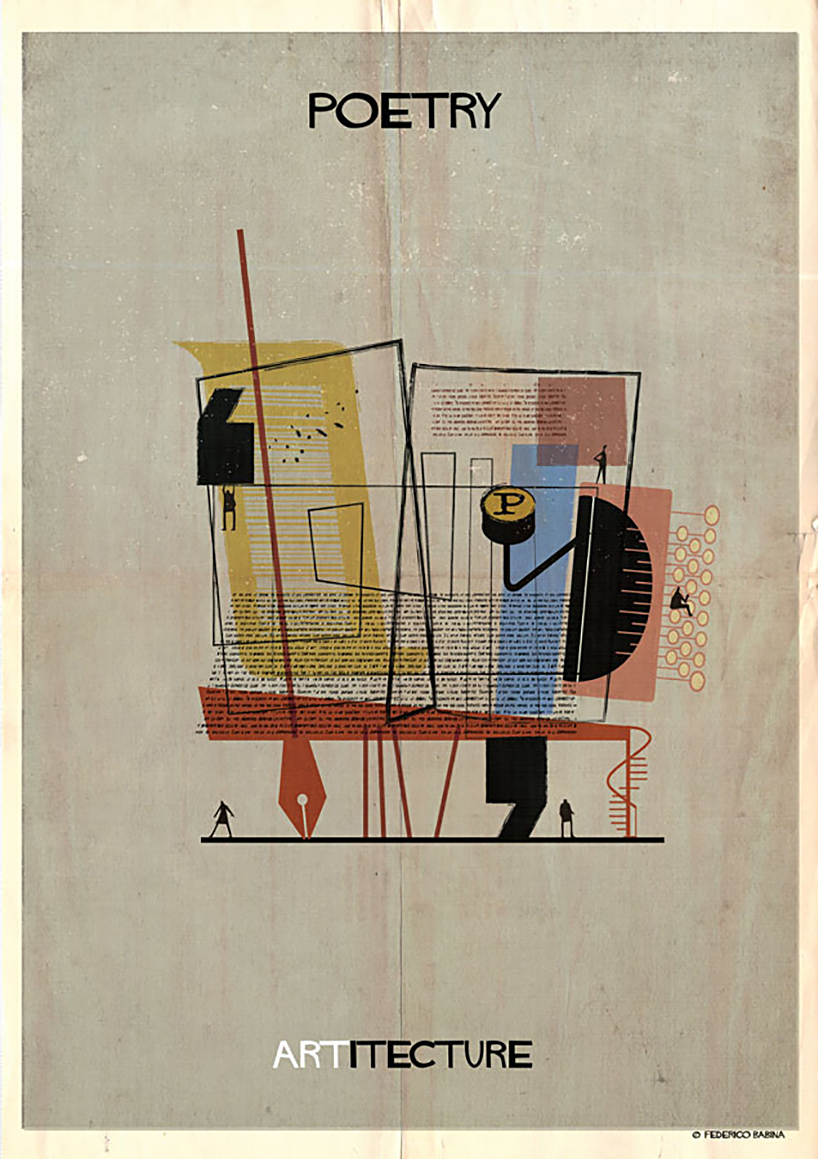 an abstracted typewriter becomes the ‘cogs’ in the architectural invention 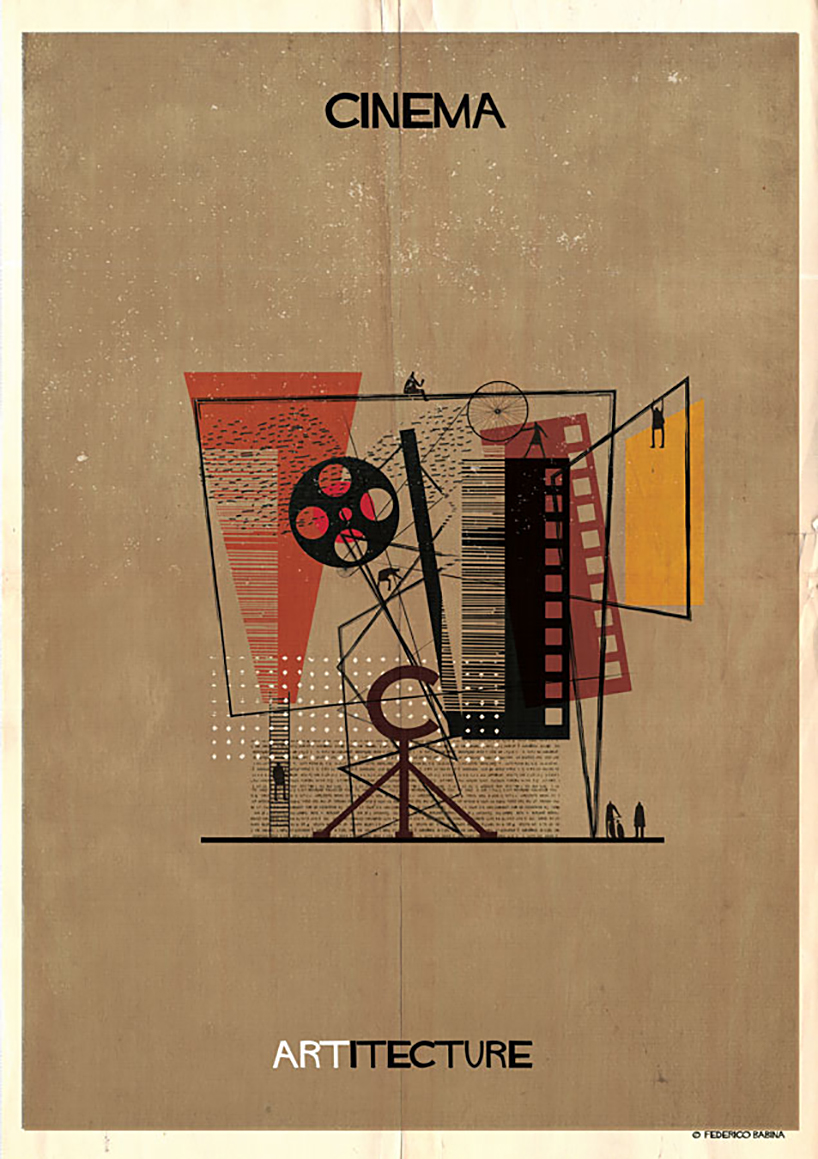 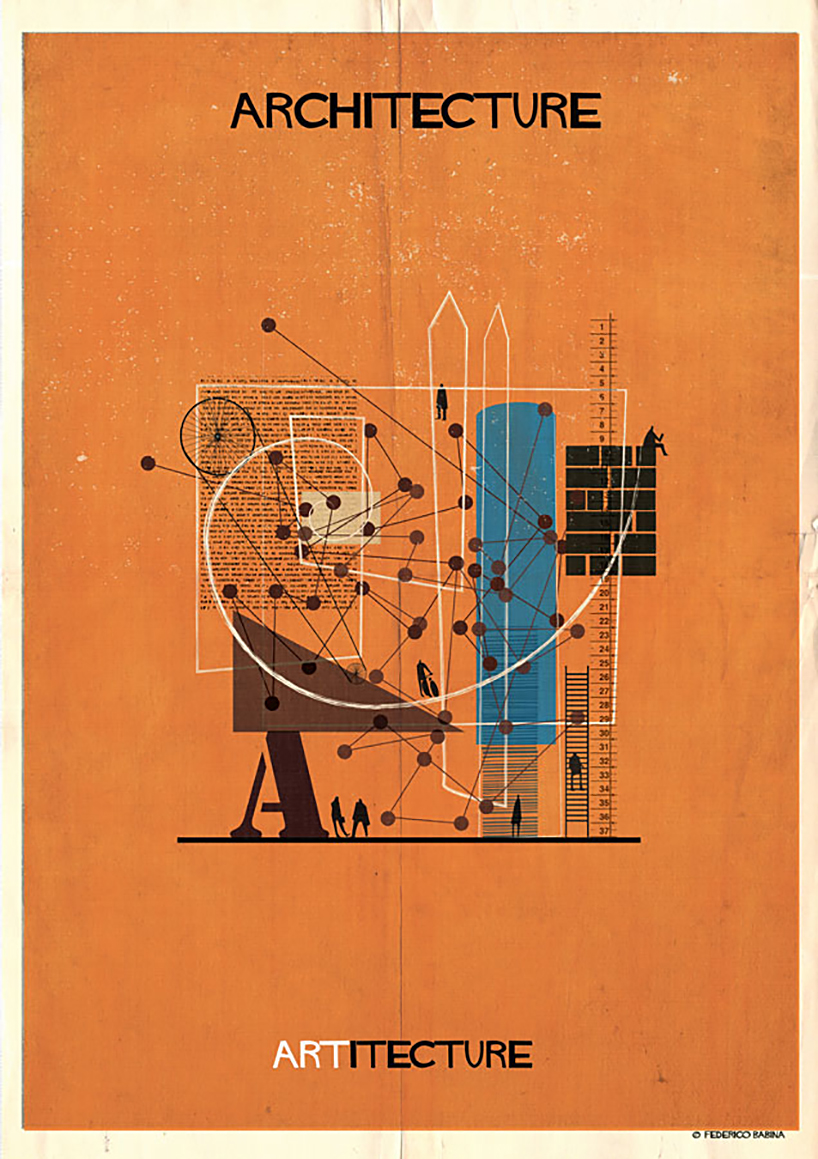 the series pays tribute to various classifications of creative expression