at the start of this new year, architect and graphic designer federico babina uncovers FASHIOFF, a series of drawings depicting abstracted portraits of iconic fashion personalities. the project is part of a broader study that babina has been undertaking for some time now — on the simplification and identification of the basic elements that make up a portrait. ‘the idea is to achieve an almost abstract reproduction without losing the essence of figurative representation. the portrait thus becomes an interlocking of geometric shapes around a central matrix,’  states the designer. 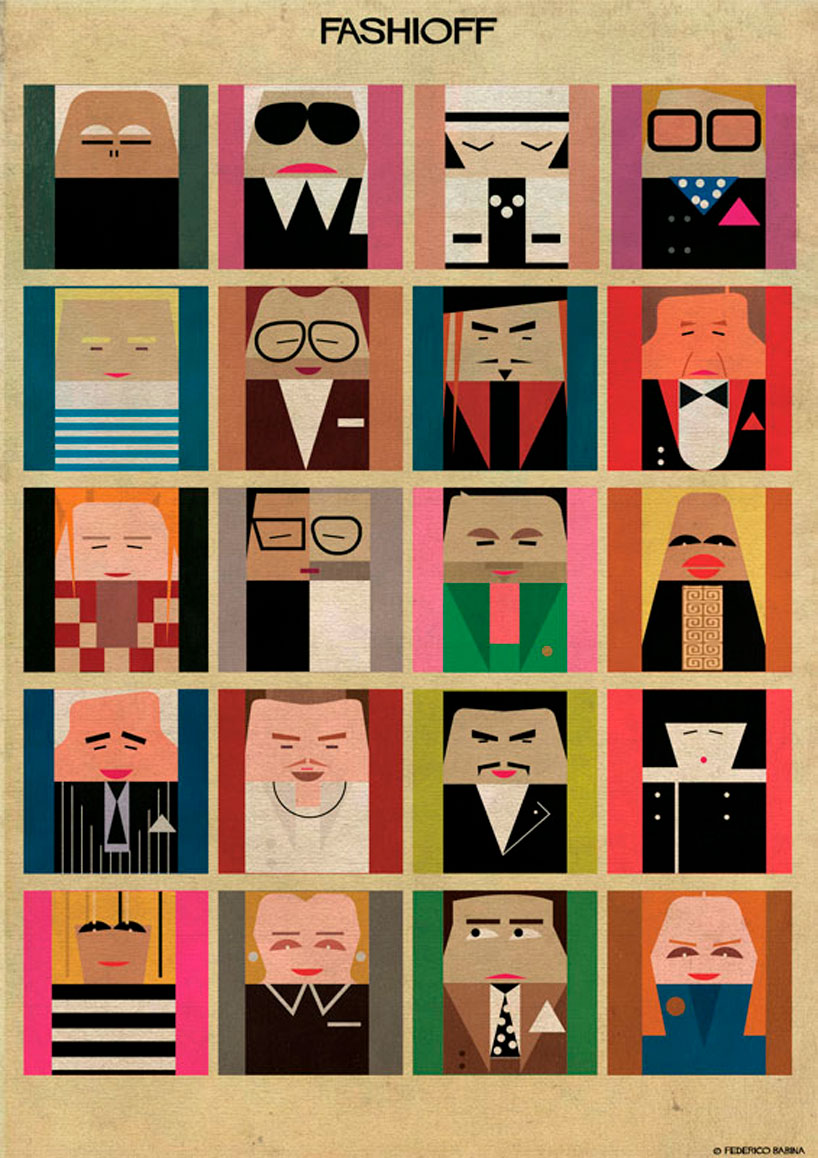 the concept behind FASHIOFF lies in the essence of fashion and the eternal image the public has of certain industry icons. as babina puts it, fashion is the expression of a creative ensemble where manner, rule, melody, rhythm, and tone converge to ‘dress’ a body. a reflection of that essence, therefore, comes to life in the designer’s latest artwork where he celebrates the faces behind timeless brands– or, as he calls them, the ‘architects of fashion’ — by collaging and sewing up pieces together until a tailored portrait is made. 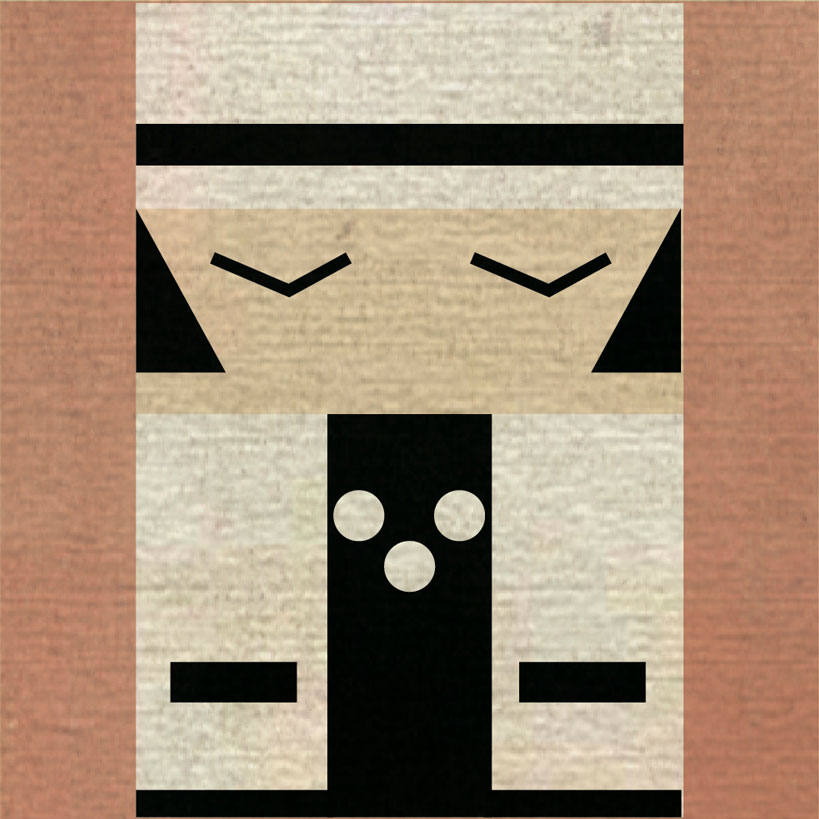 the resulting drawings bring together 20 colorful and purely abstracted portraits of fashion designers including karl lagerfeld, coco chanel, donatella versace, and jean paul gaultier. each portrait reveals ‘signature’ features that help the viewer put a name to the face. ‘the fashion personalities do not change their image every six months like their collections; they often remain frozen in time. […] the attempt is to visualize the appearance, resemblance, and personality, capturing the essential features of the protagonist through simple lines, geometries, color, and ink,’ shares babina. 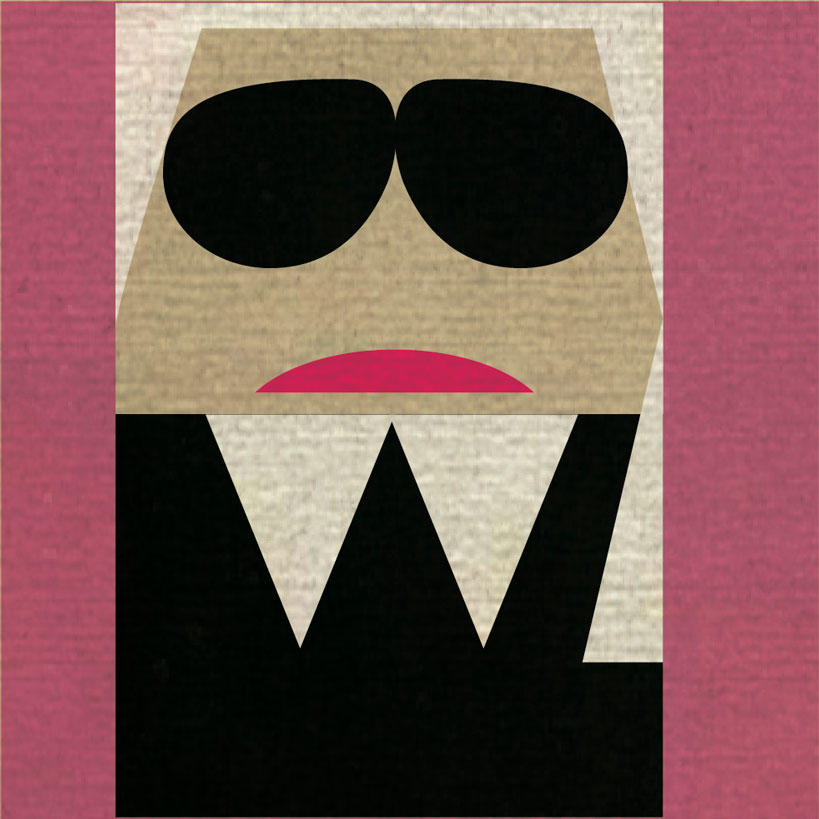 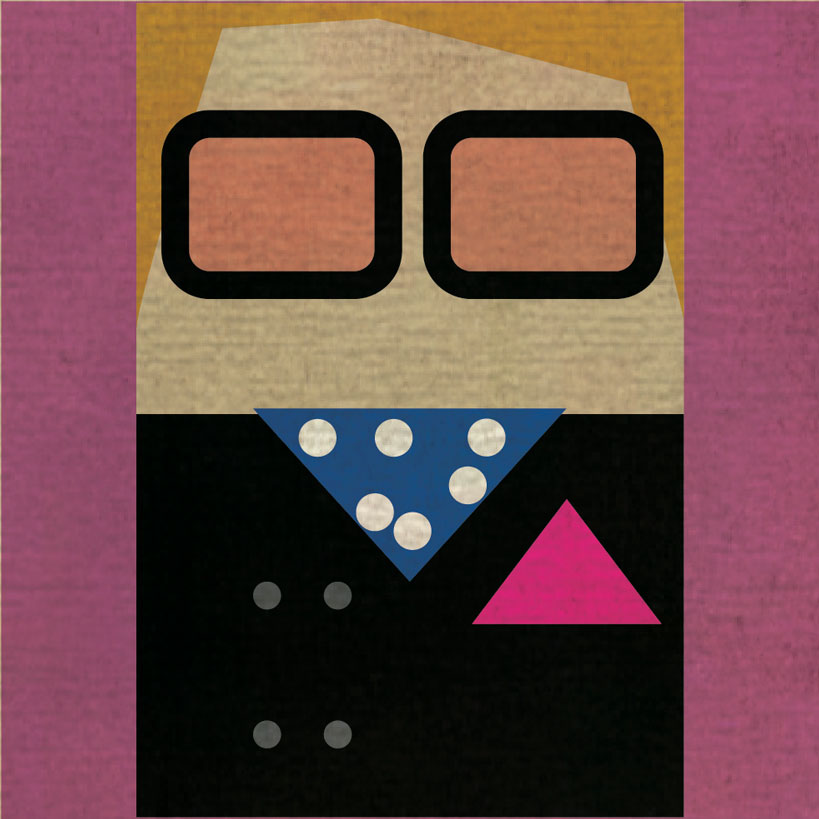 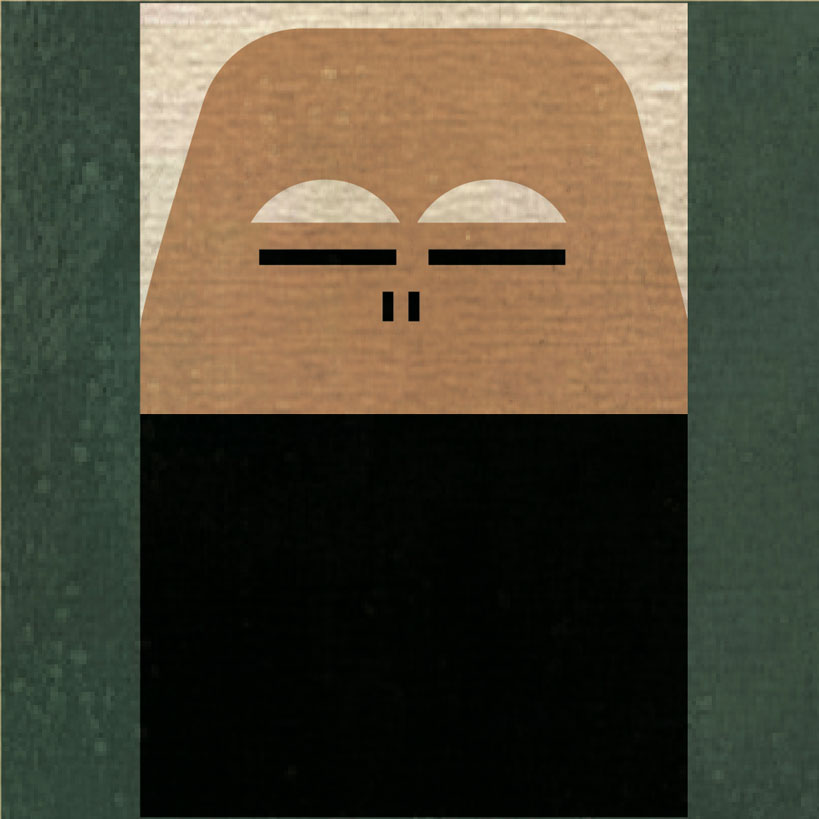 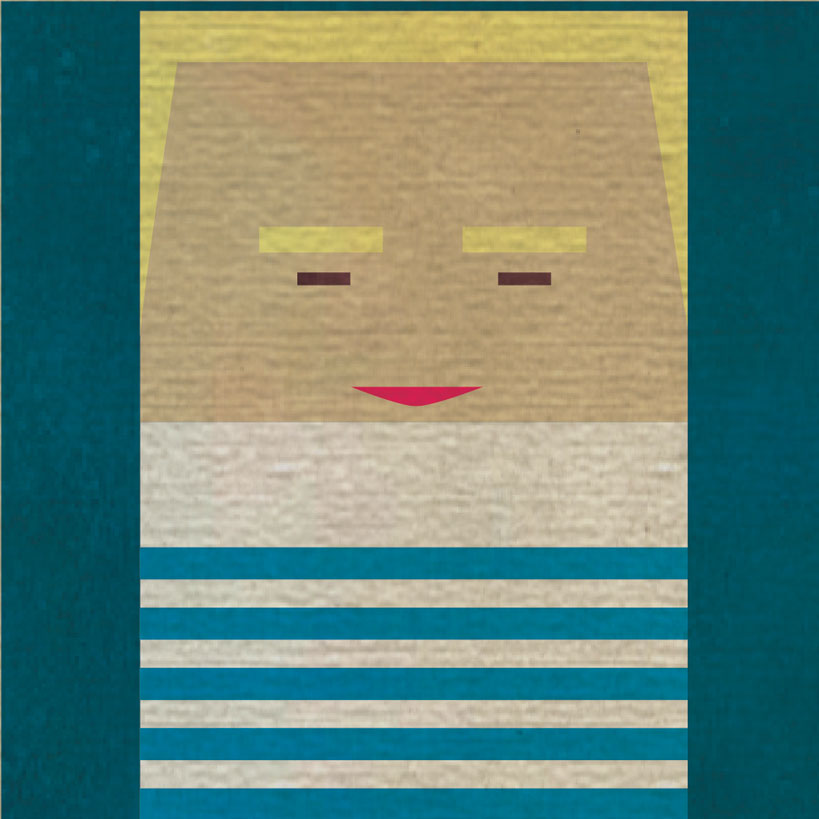 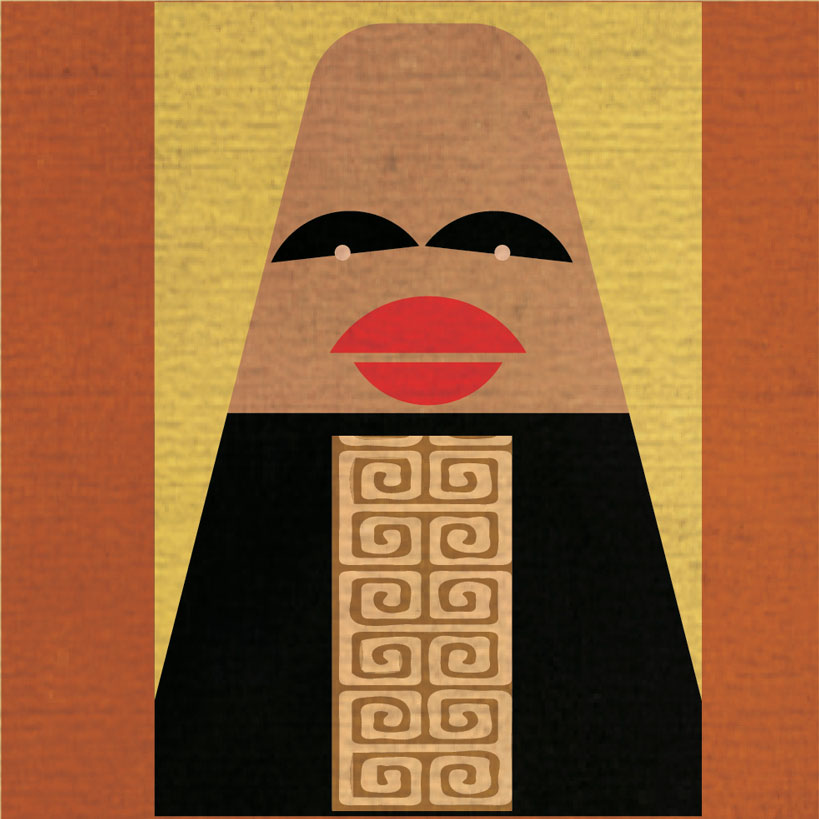 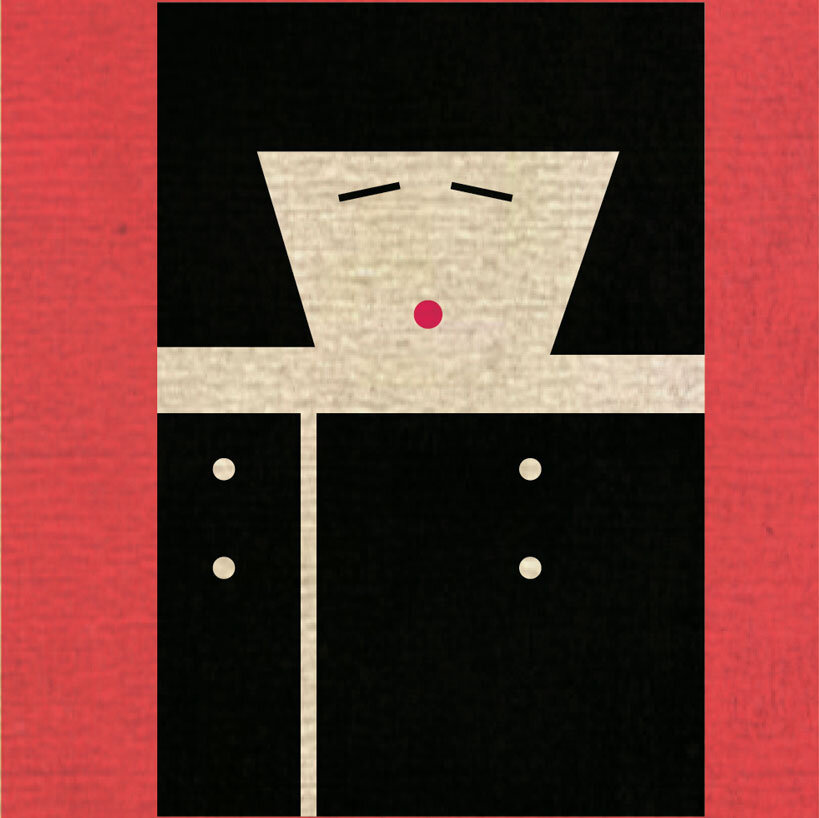 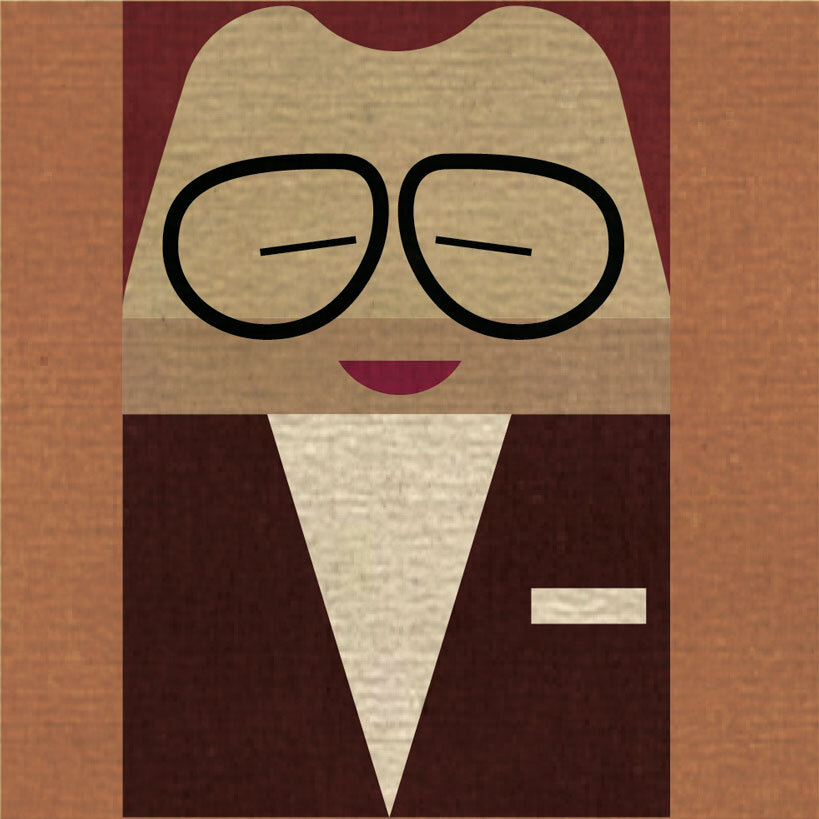 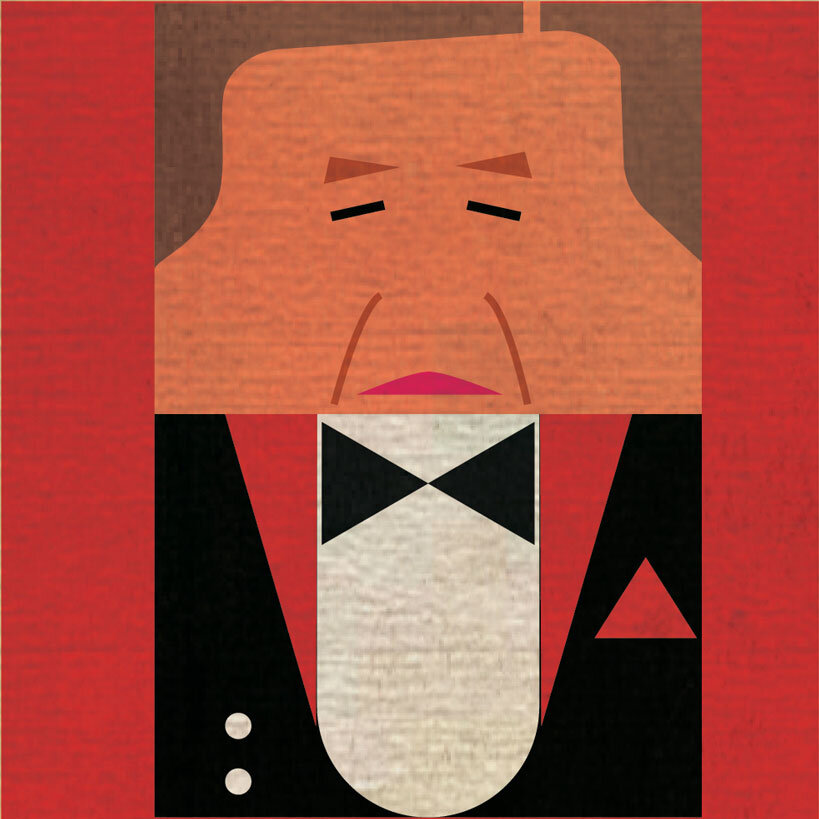 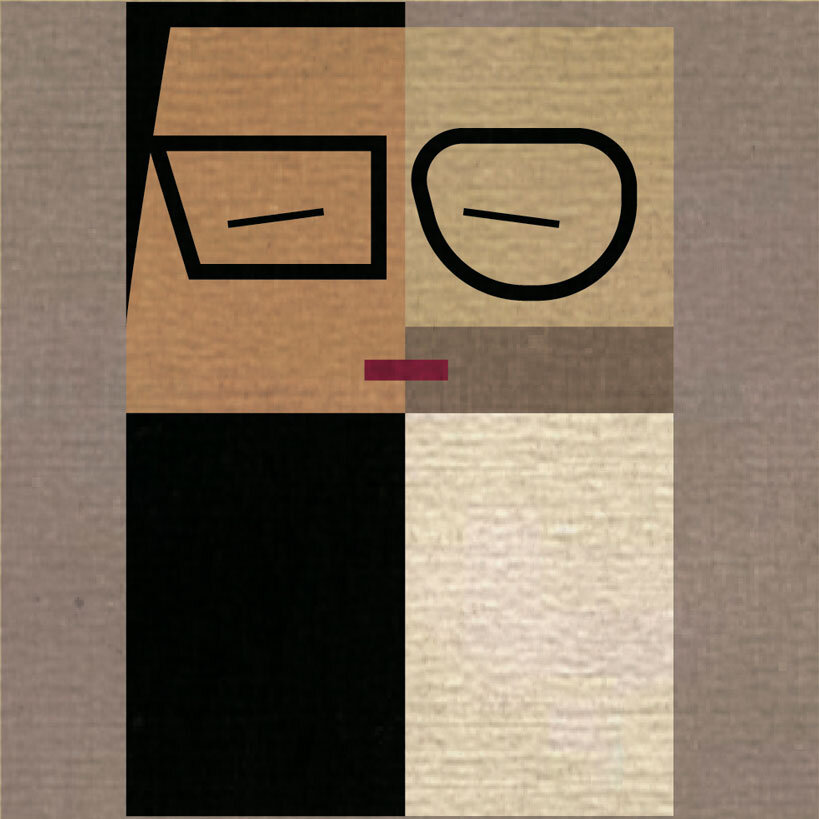