through his new series dubbed ARCHITHEOREM, federico babina investigates the beauty of unpredictable possibilities that are depicted in various illustrated compositions. the final design takes shape as a rectangular box that is divided into three equal parts: hat, dress, and shoes, all pictured with geometric patterns. creating three such different toys, the artist examines the total numbers of possible outcomes, modularity, and the relationship between them. 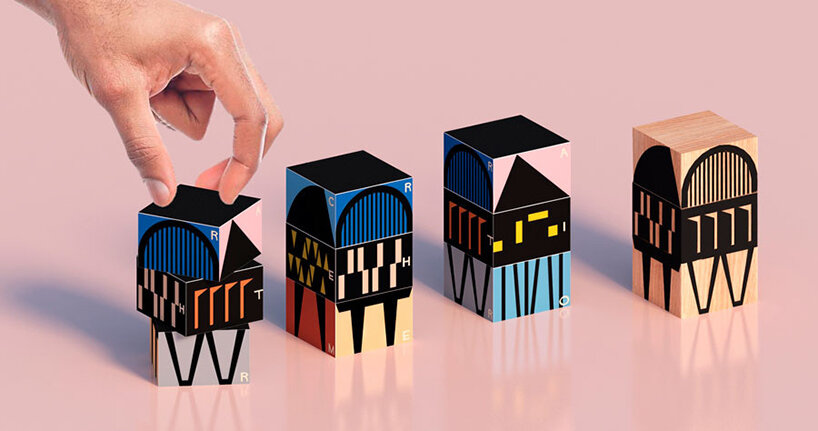 all images courtesy of federico babina

playing by composing and creating by playing

combinatorics in mathematics studies different ways of grouping and ordering the elements of a finite set of objects according to given rules. configured as a strategic game, controlled by rules and made up of moves, ARCHITHEOREM by the italian graphic designer explores the theme of composition through play: 4 variations for each part and 64 resulting combinations.

as described, modularity is not an invention, but it can be found everywhere: surfaces can be divided into grids, spaces into figures and time into rhythms. melodies can be broken down into single notes that with their different arrangements can give life to various polyphonic compositions. 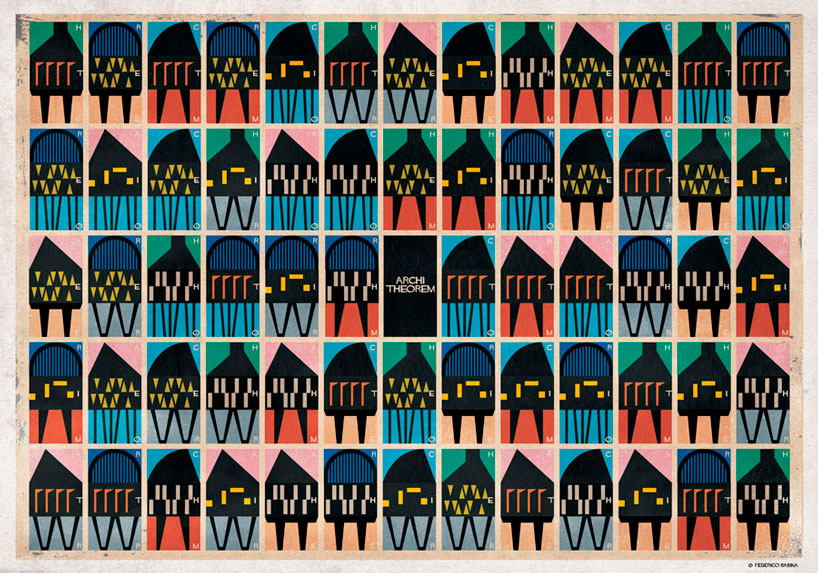 the world of architecture is equivalent to a universe made up of codes that can change and constantly adjust their meanings and their expression. within this context, ARCHITHEOREM was born, based on geometric, mathematics, combinatorial rules, and schemes.

the resulting structure investigates the aesthetic beauty contained in the logical and mathematical expression. and it places the emphasis on the most immediate shape and geometry, organizing itself according to the serial repetition of modular elements. ‘illustrated anagrams’ organized in an ‘ordered randomness’, in a ‘unique repetition’ inside an ‘infinite limit’. 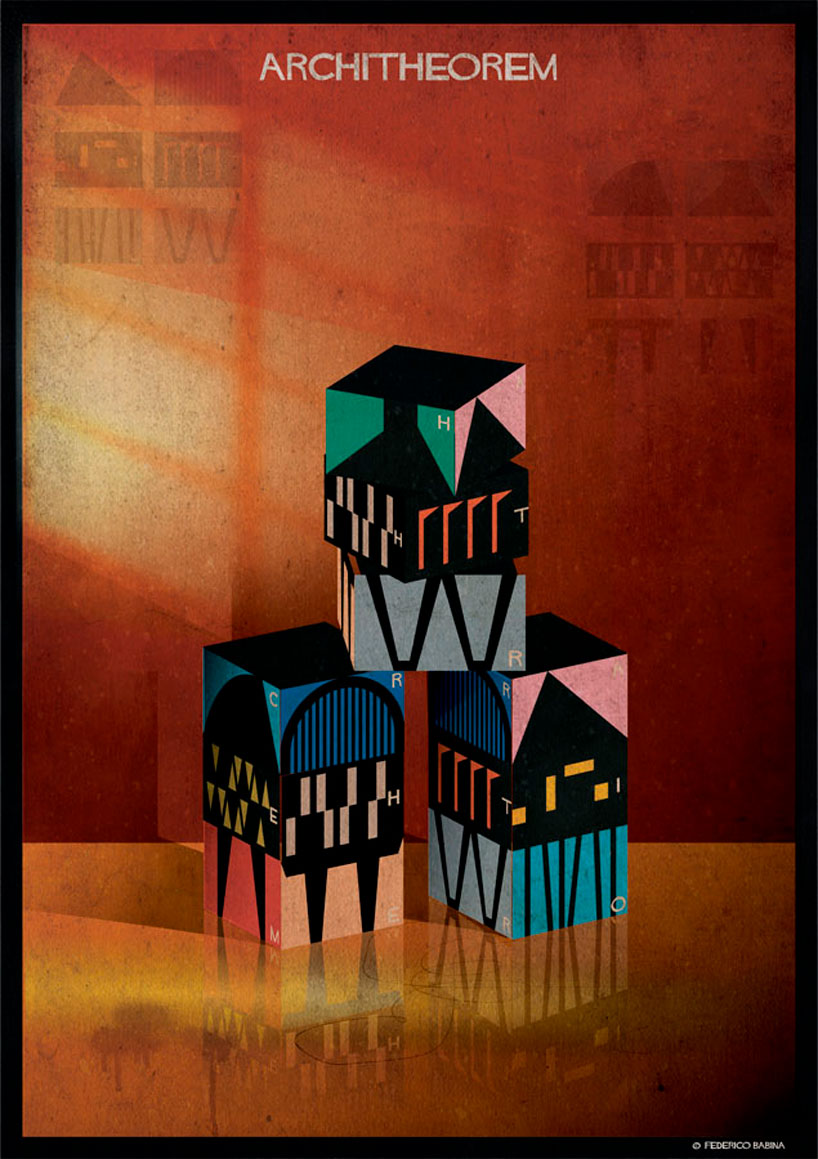 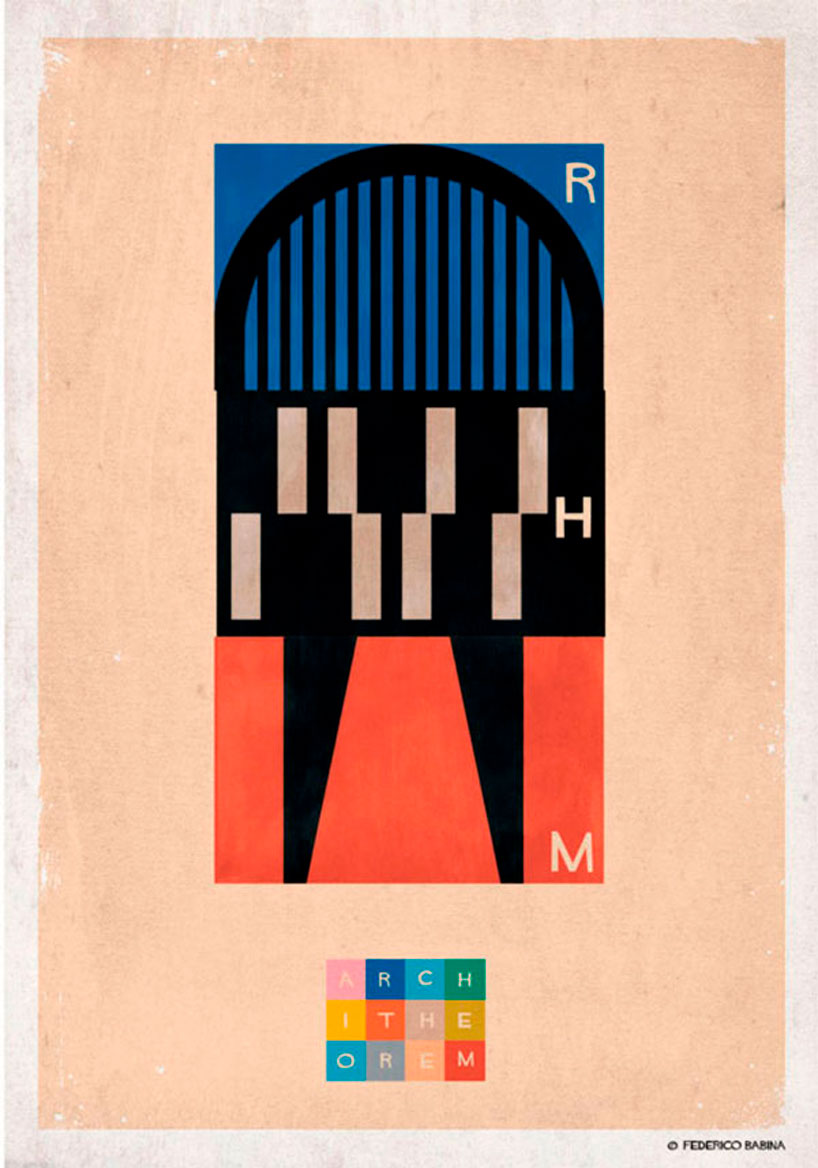 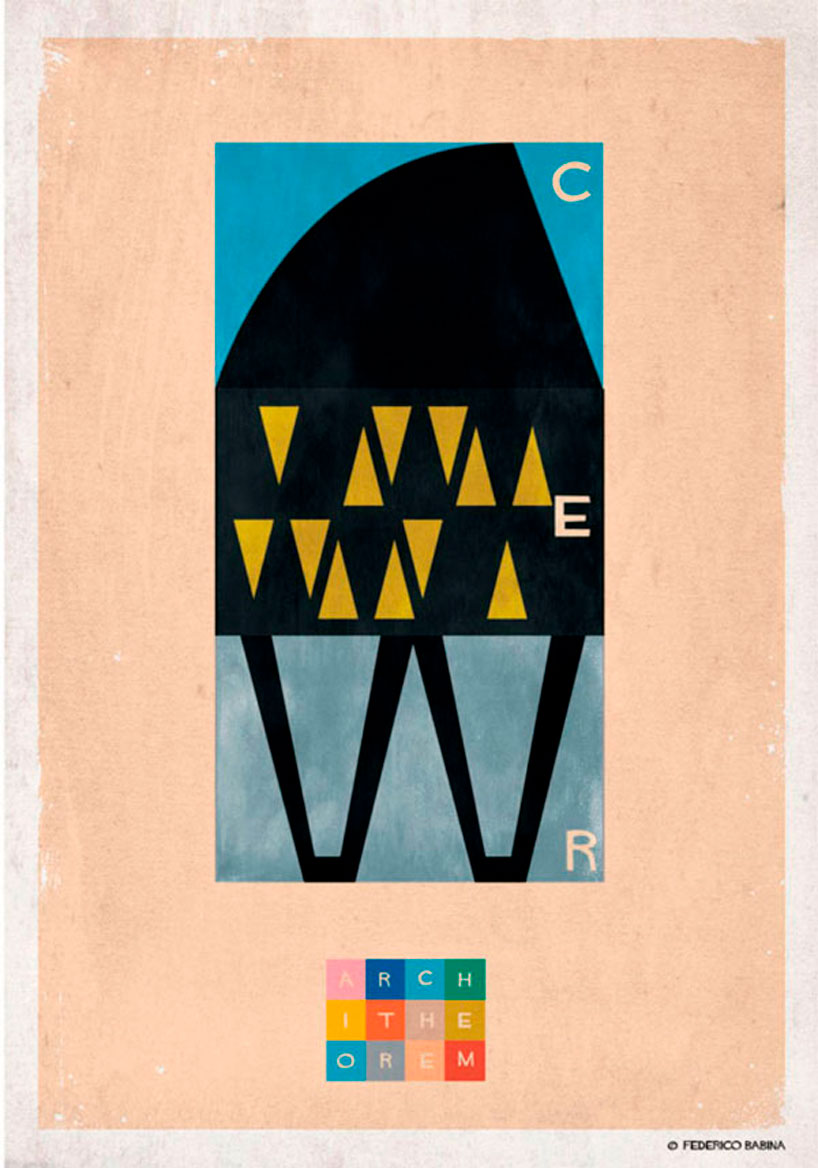 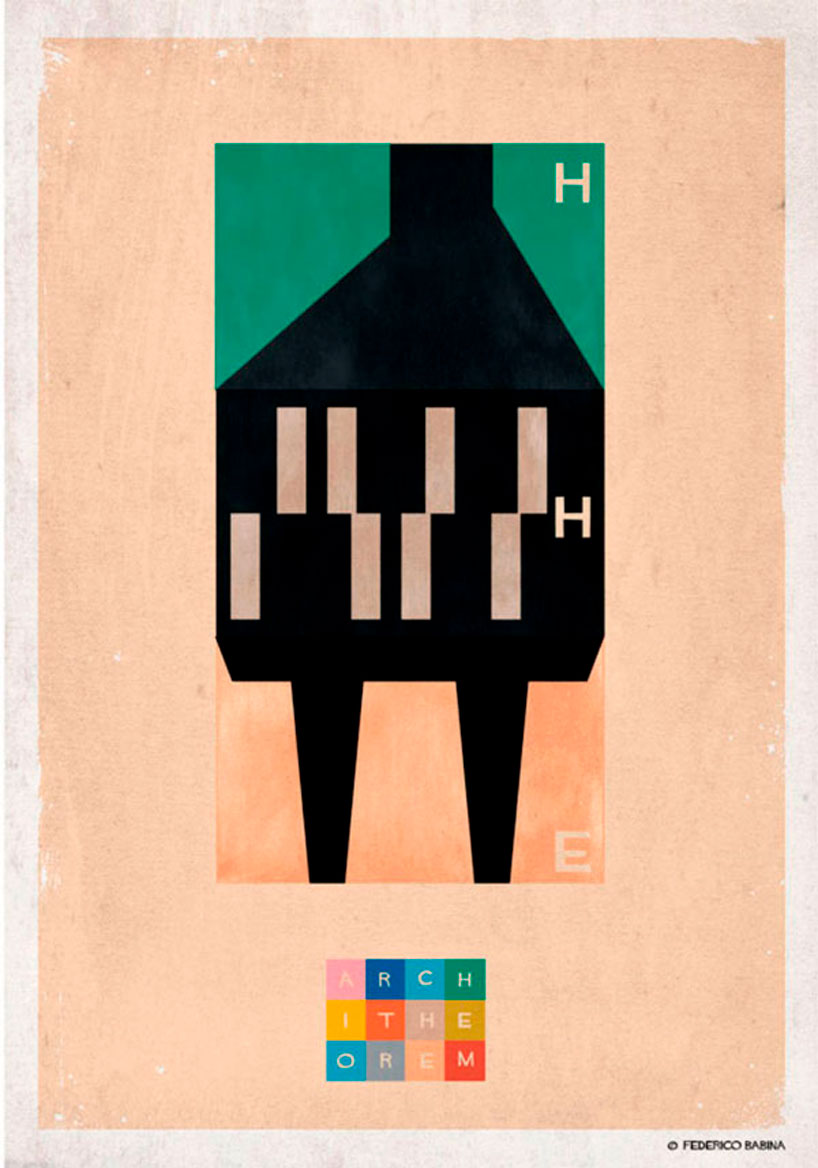 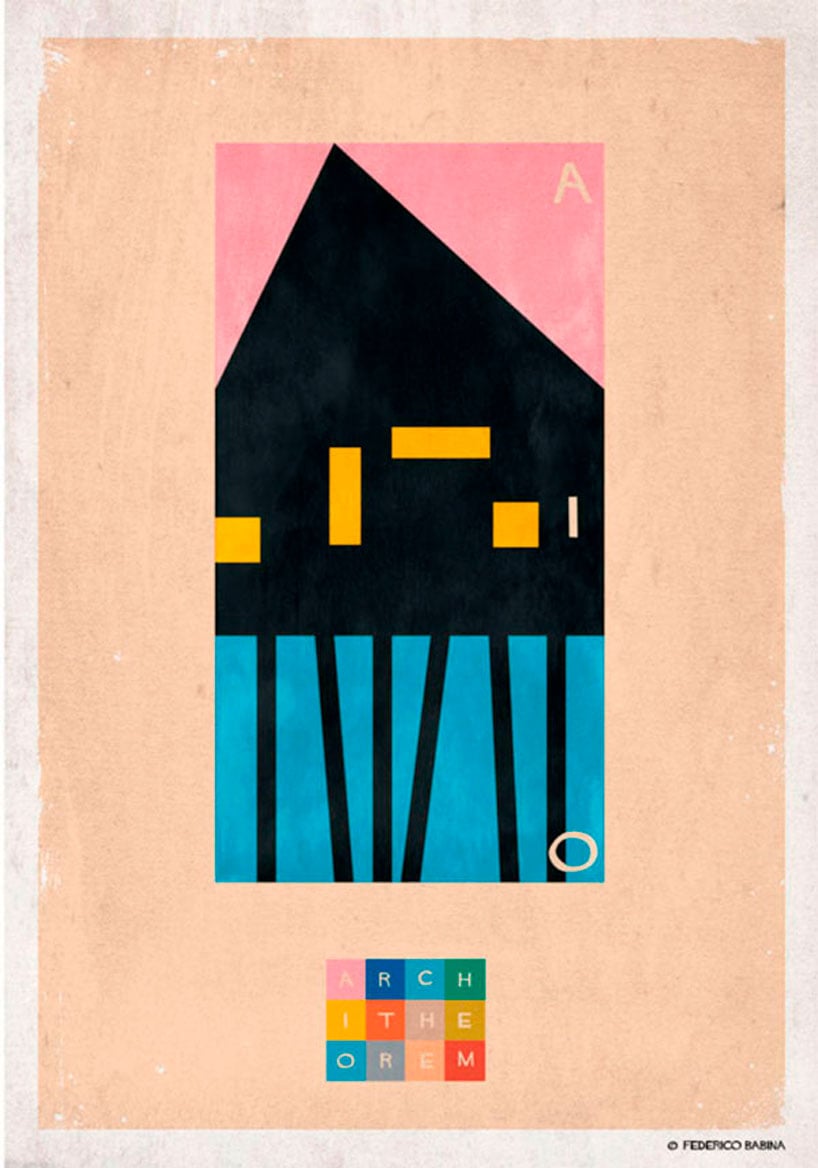