banksy mural appears on the walls of a prison in reading, england

an original banksy has been burnt and digitized as NFT

italian illustrator federico babina‘s latest series ‘archimachine’ describes 17 countries whose gears are made and operated by architecture. each cog in the wheel is a key piece for its functioning, ‘a surrealist spaceship where the country and its symbols floating weightless…a microcosm that transports the imagination.’, babina describes. the project is a metaphor of how architecture and engineering are a fundamental piece in the of identity of urban places and of people that inhabit them, and presents a narrative exploration of a country and its culture. the colors and the symbols participate in the effort of a surrealist description of a nation. 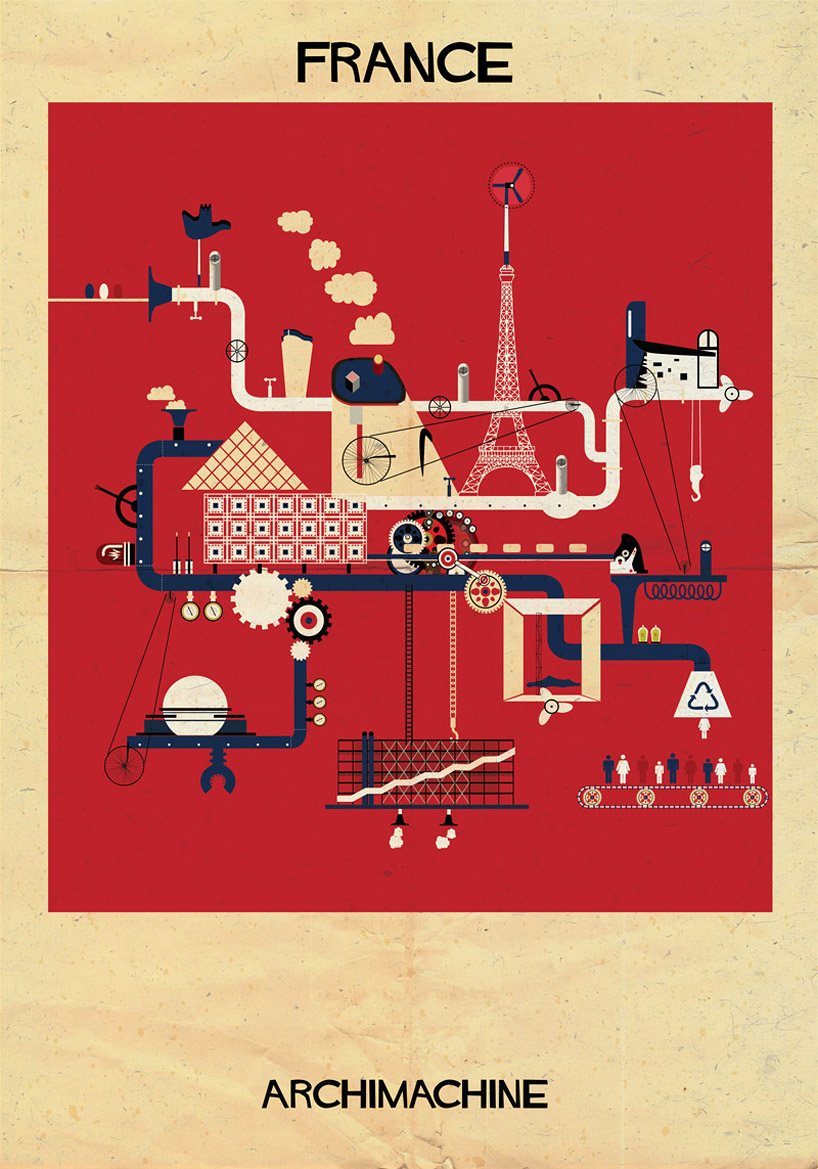 the eiffel tower and pompidou centre are represented for france 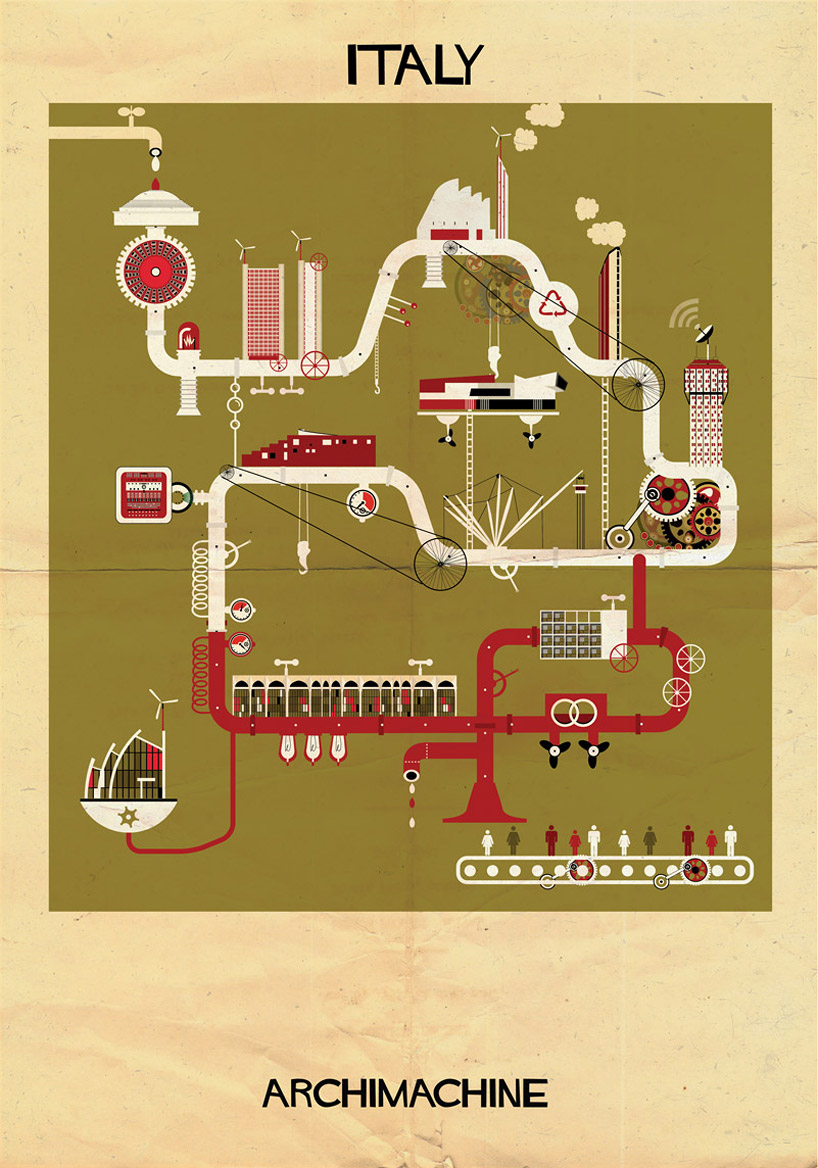 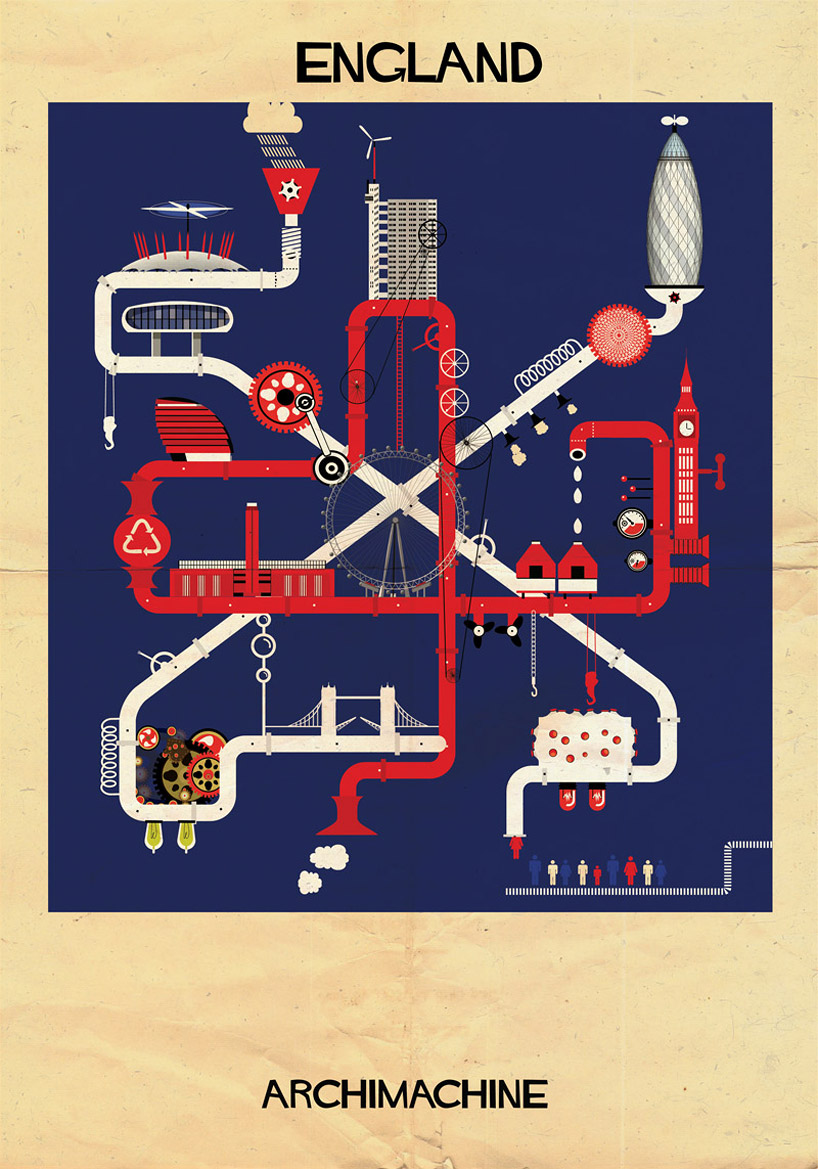 the gherkin, tower bridge and tate modern are illustrated in the england scene 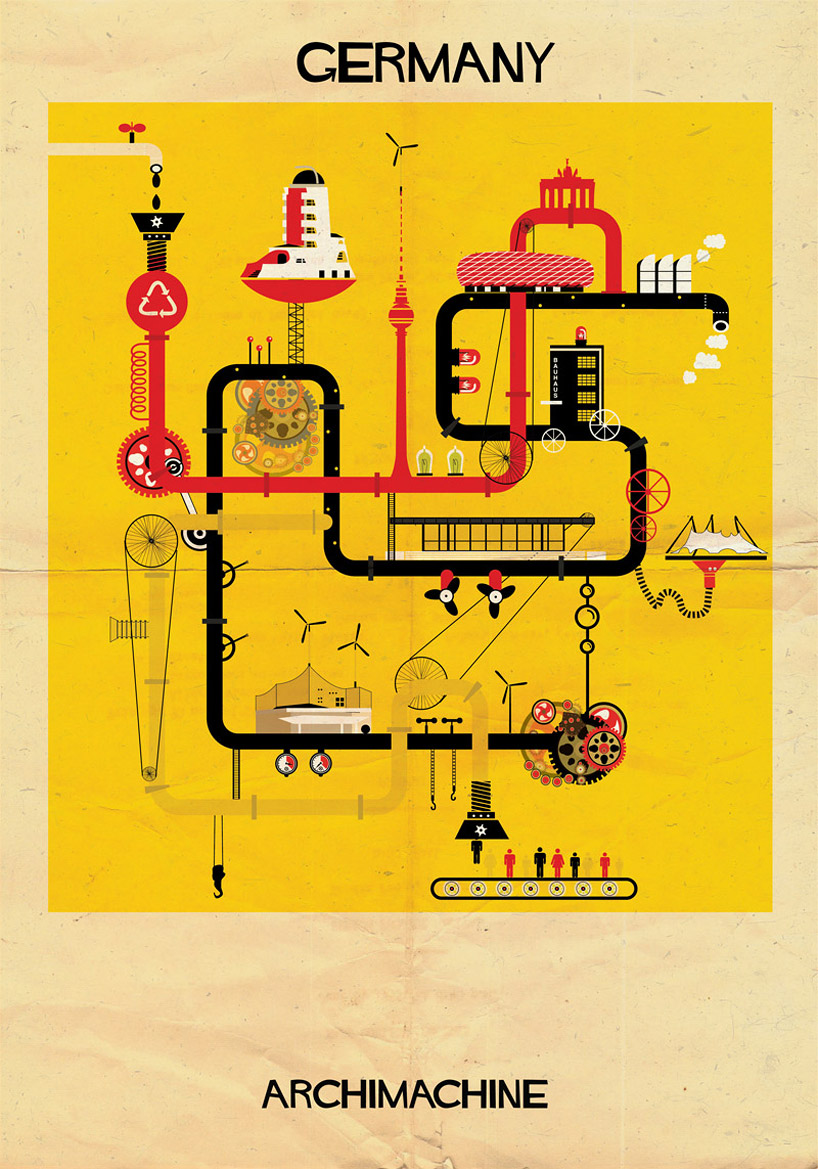 delineated in the colors most associated with germany, the bauhaus is revived in the scene 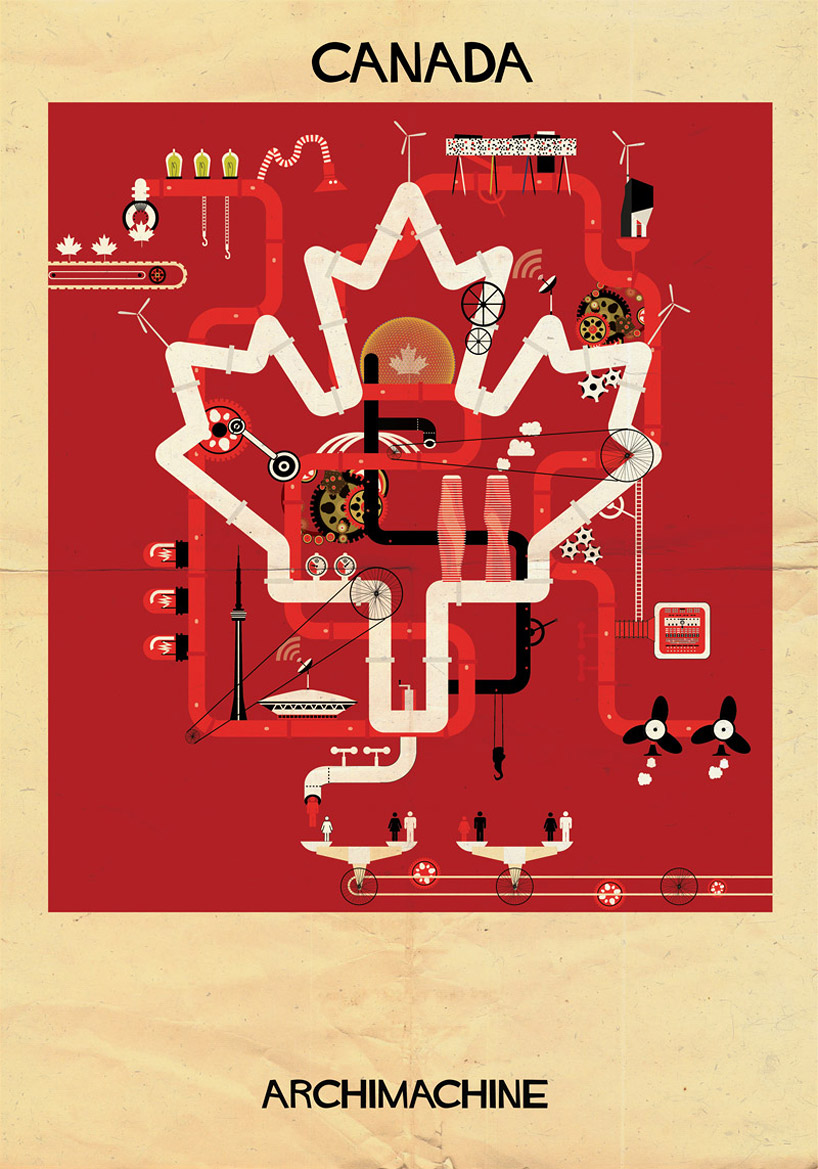 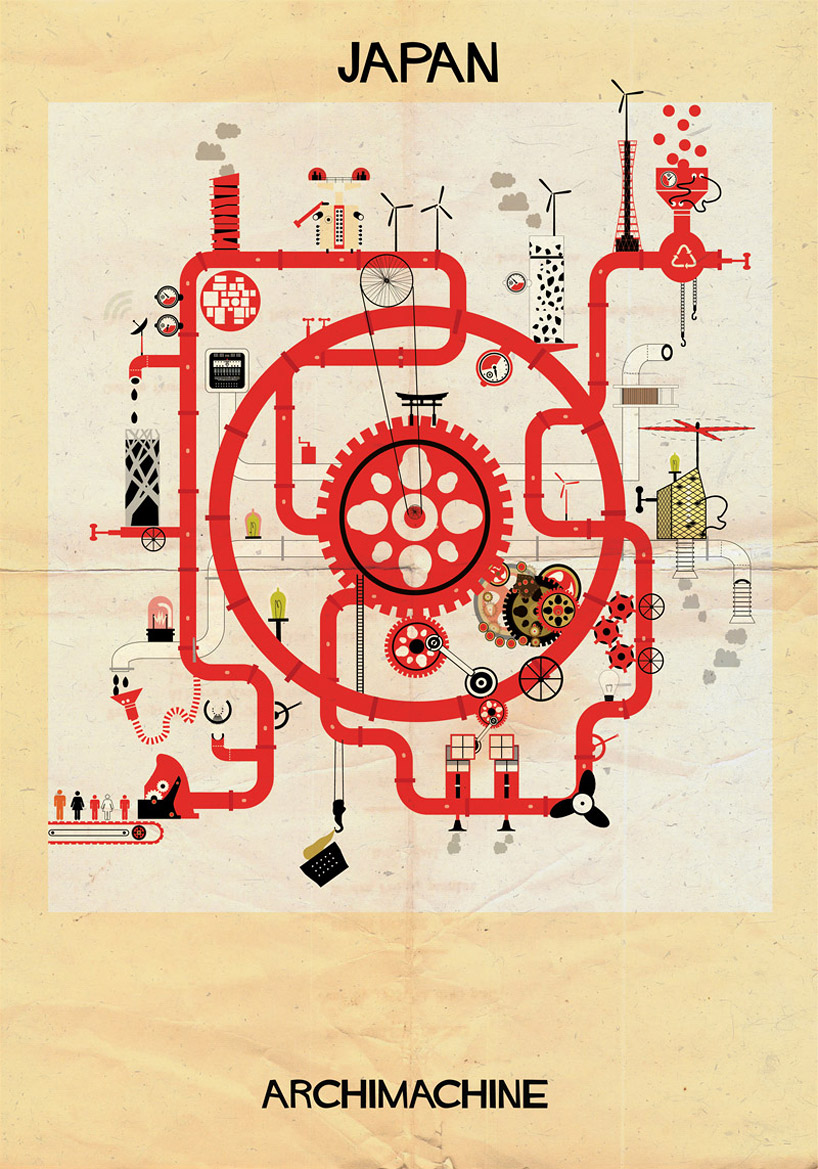 red and white represent the japanese infrastructure and energy systems 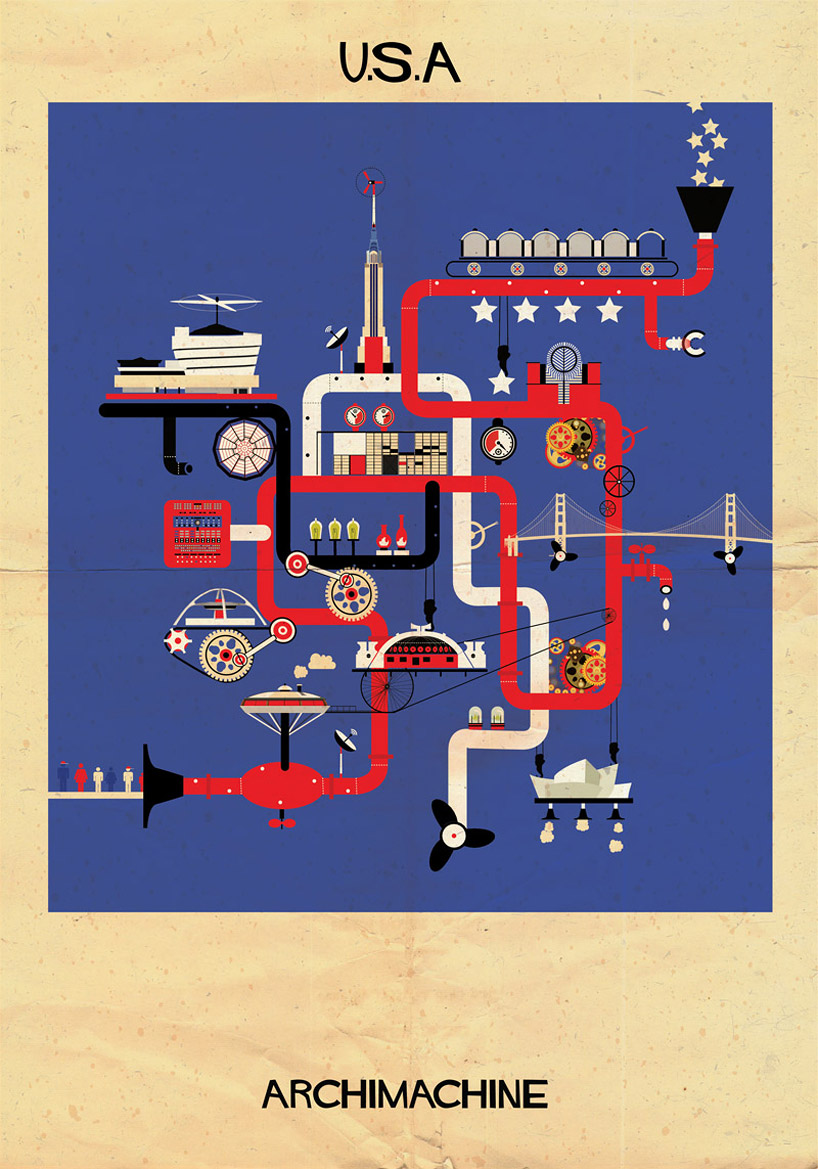 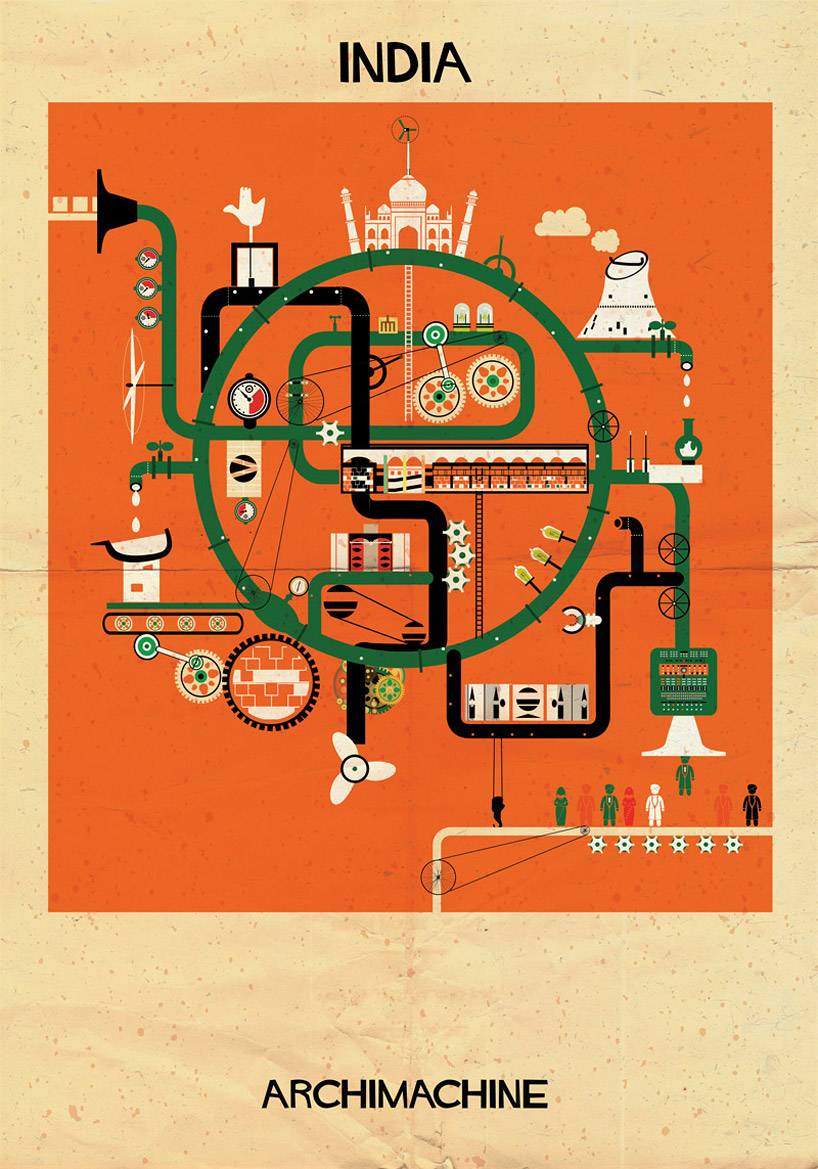 Mar 02, 2021
JR concludes 'homily to country' with mural procession through dried landscape
the procession made its way through the dry menindee lakes district to address the ecological decline of the darling / baaka river.
art
410 shares
connections: +1600