from bjarke ingels to antoni gaudi, italian artist federico babina has illustrated ‘archi_portrait’, a series of contemporary and classic architects drawn in their particular style. incorporating elements from the chosen designer’s work — including floor plans, furniture, windows and walls — the artworks convey their subject in a manner befitting of their architectural oeuvre. a bold color scheme and simple shapes and lines delineate each poster-style print, rendered in babina’s familiar graphic style. 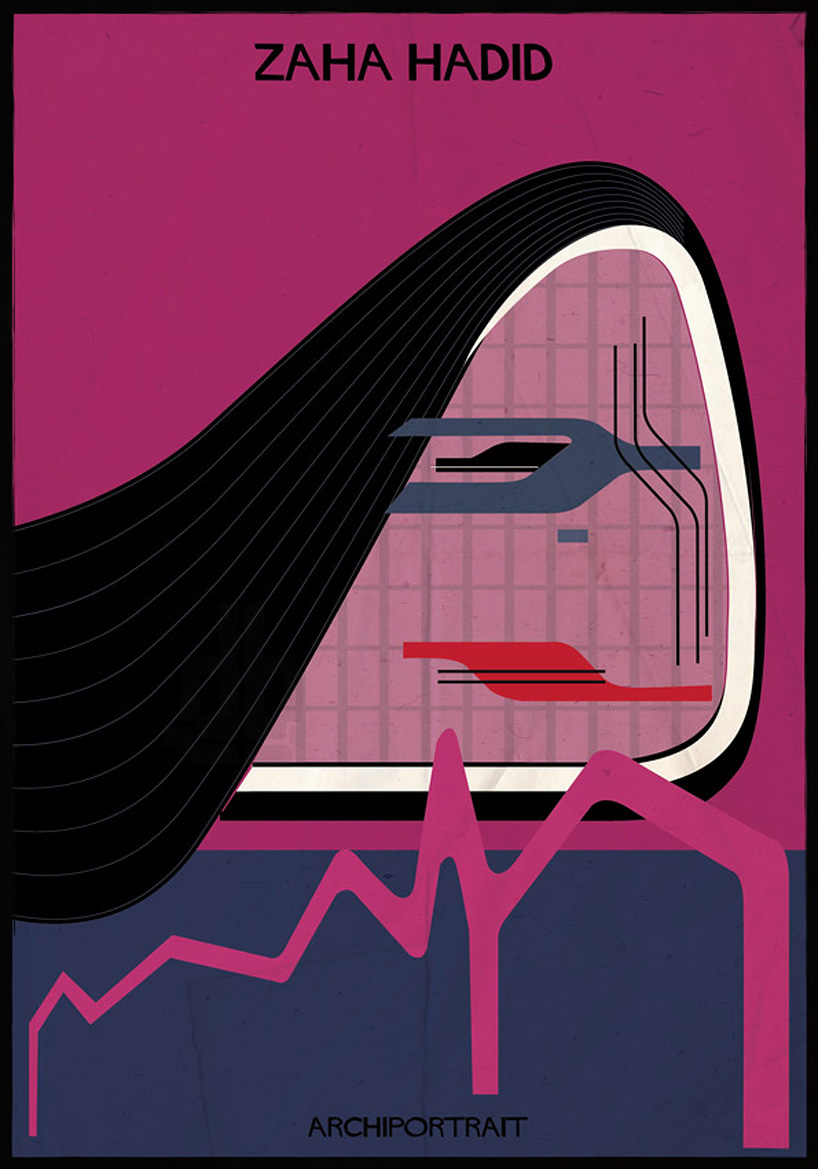 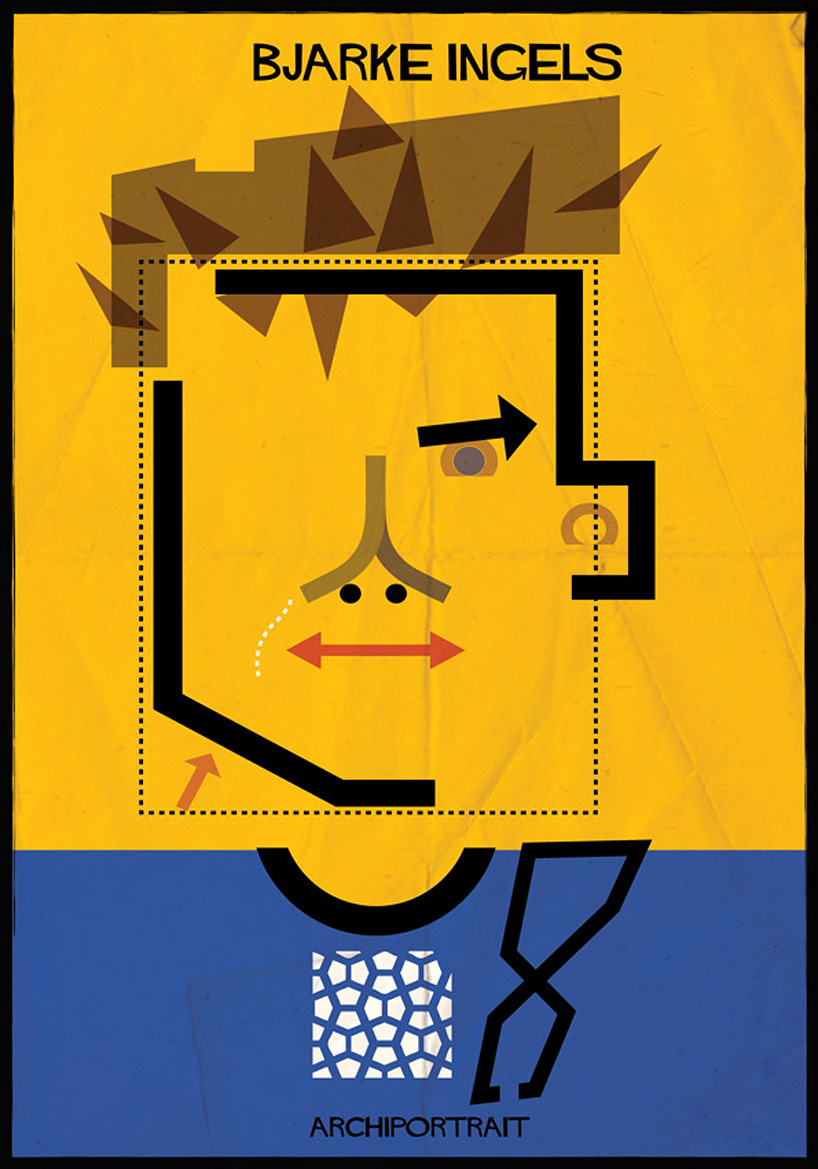 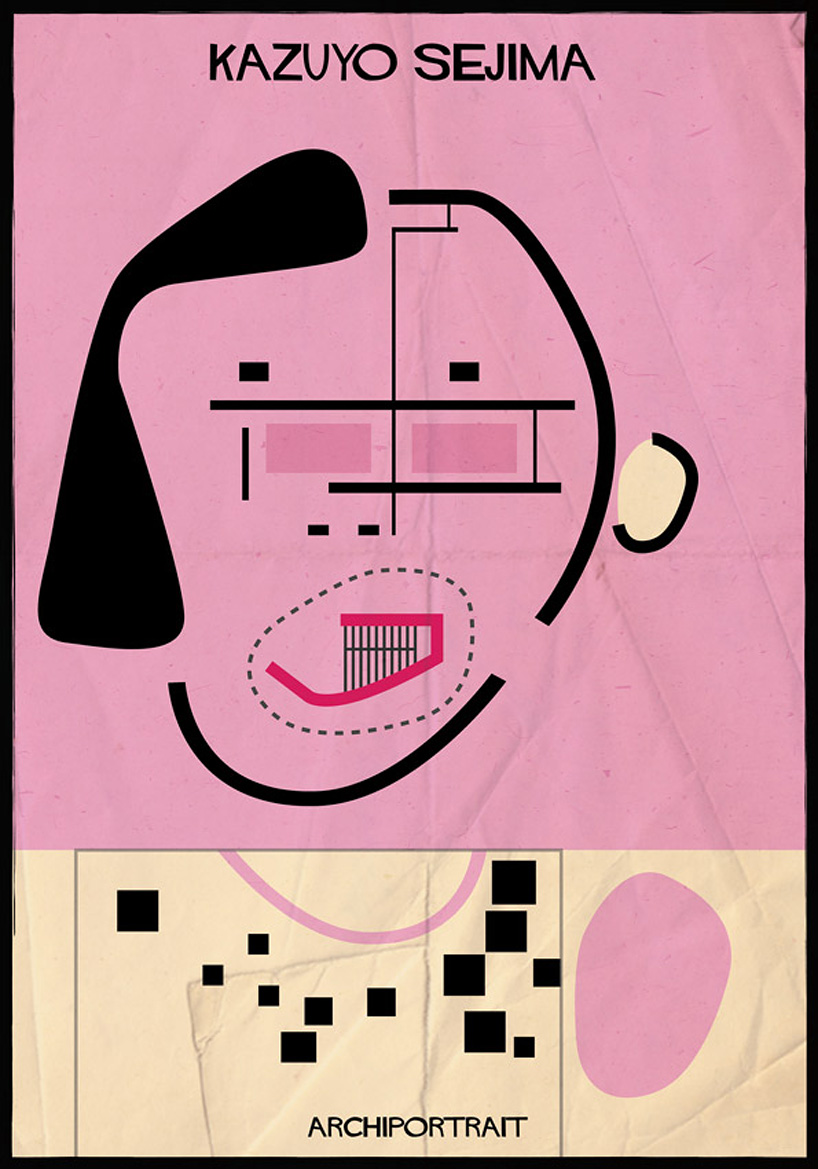 a staircase makes up the mouth of japanese architect kazuyo sejima 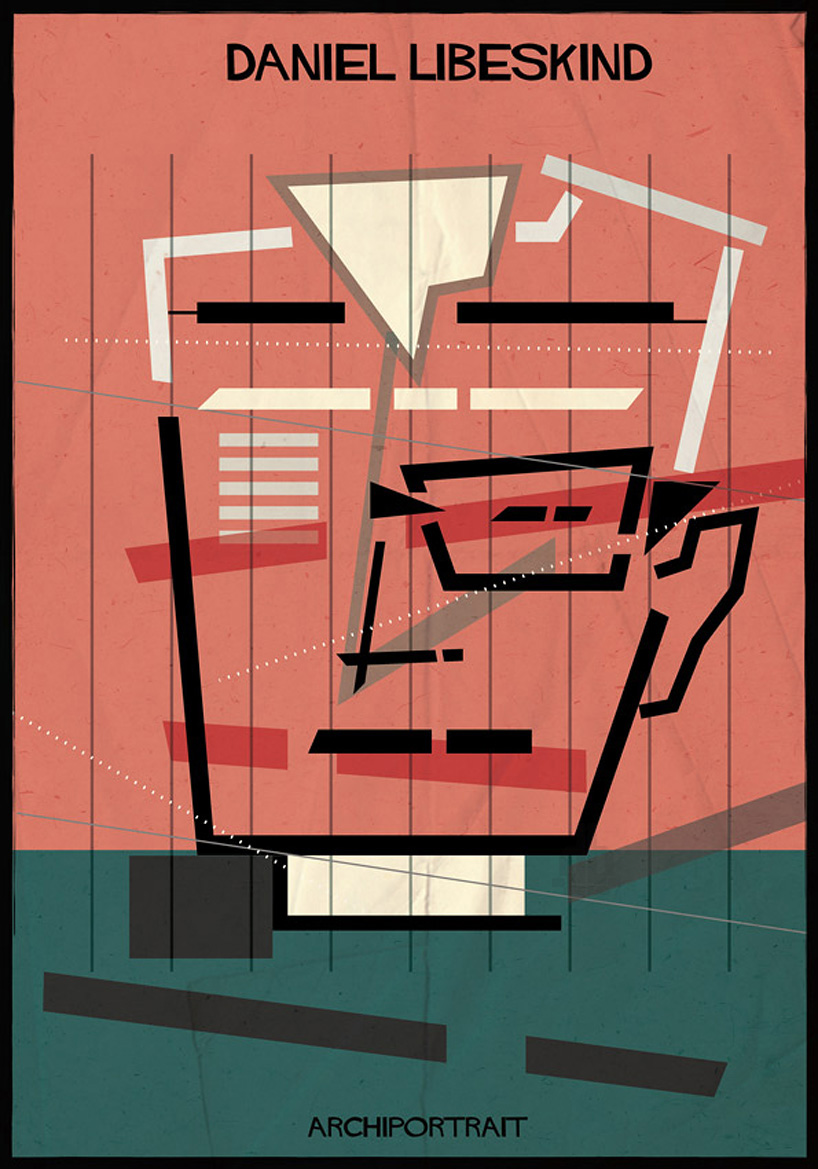 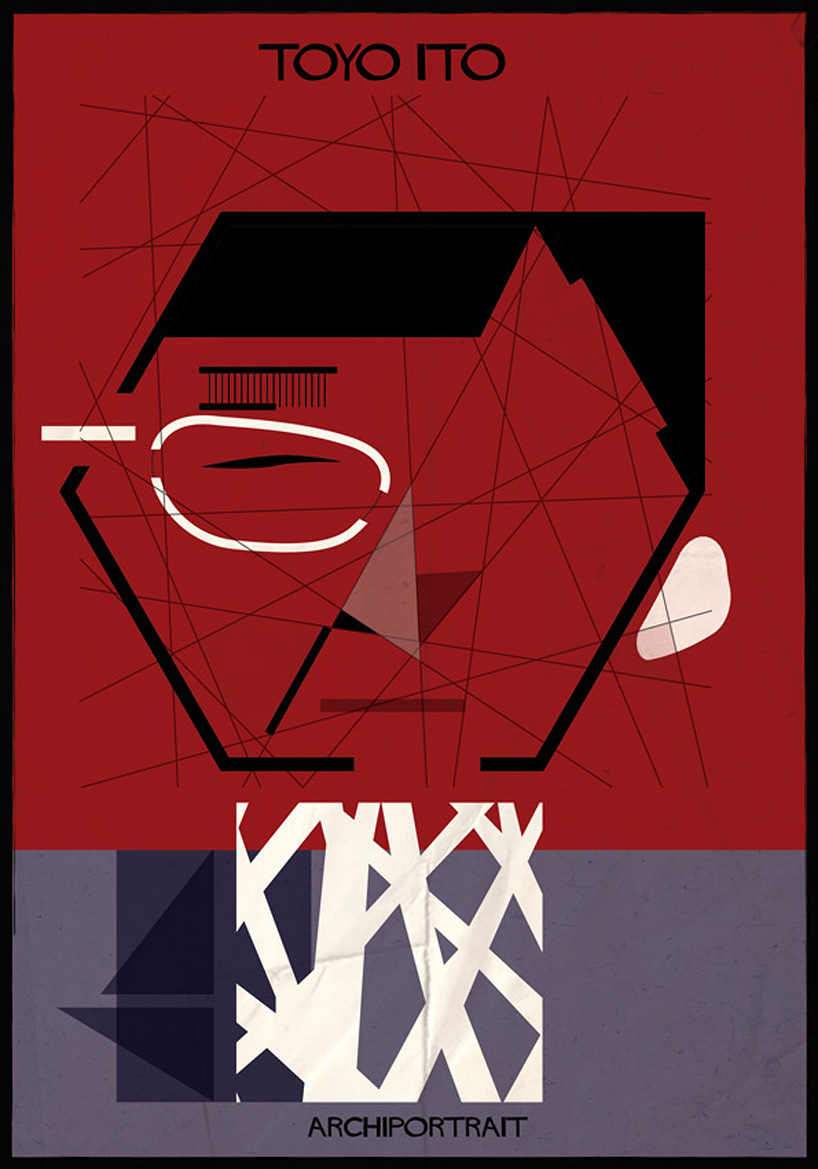 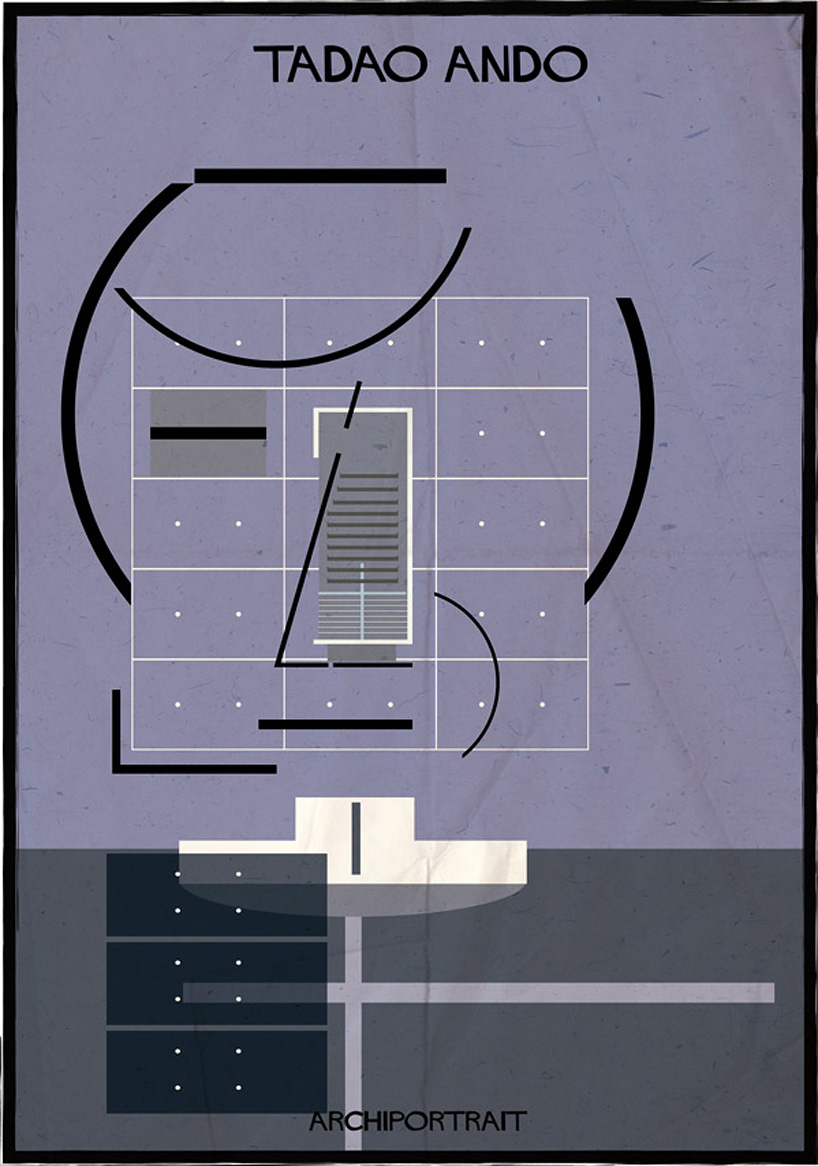 tadao ando’s restrained concrete forms are interpreted in the design 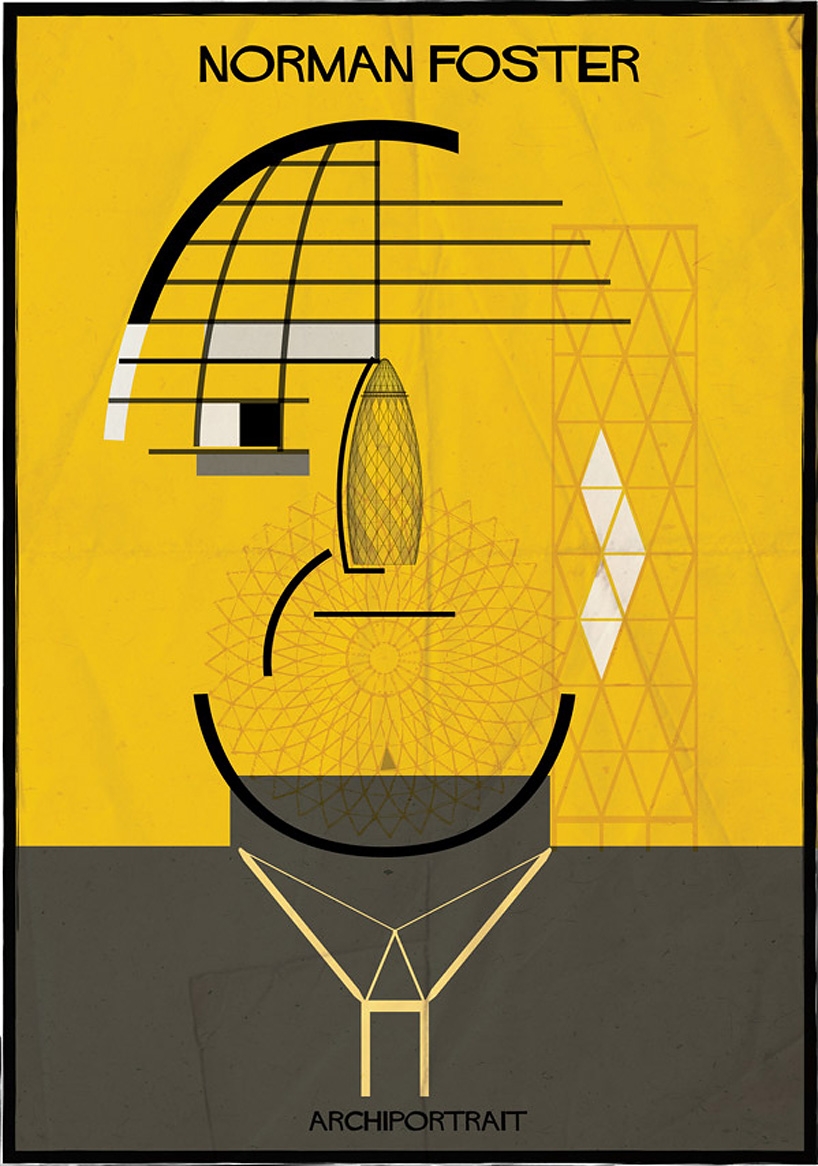 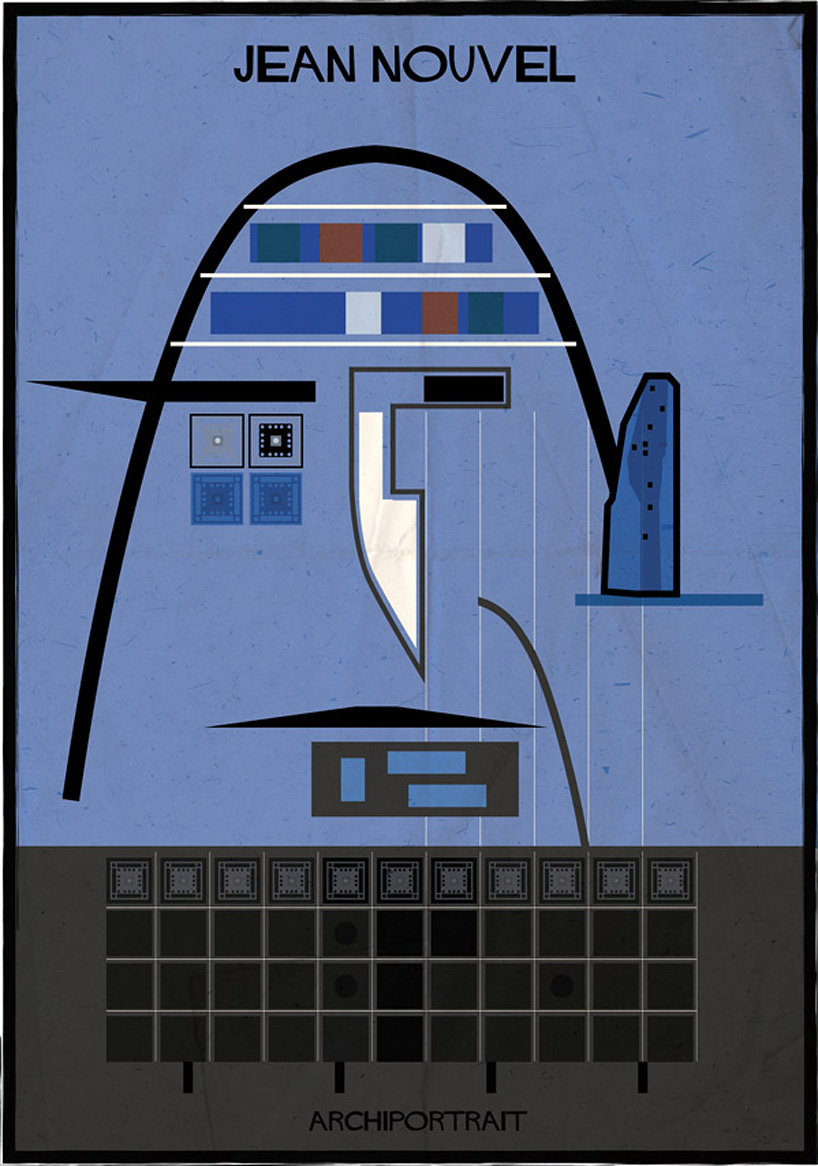 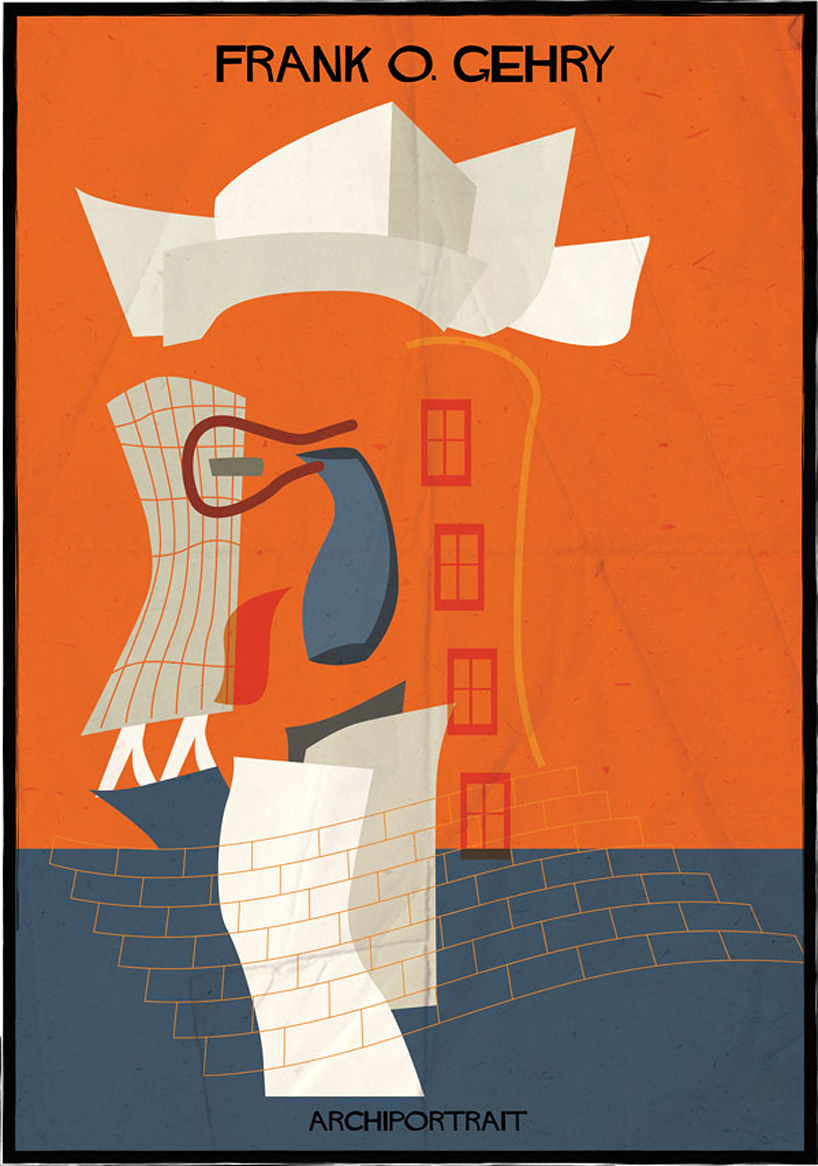