for his latest series ‘PORTRART’, italian artist federico babina studied the faces and works of some of the most famous protagonists in the art world, depicting them through symbolically graphic portraits. 35 illustrations describe the styles, personalities and essential features of creative forces like frida kahlo, keith haring, and pablo picasso. the project forms part of babina’s ongoing experimentation with identifying and simplifying the basic human elements necessary to realize a portrait, echoing his past ‘archi_portrait’ series. 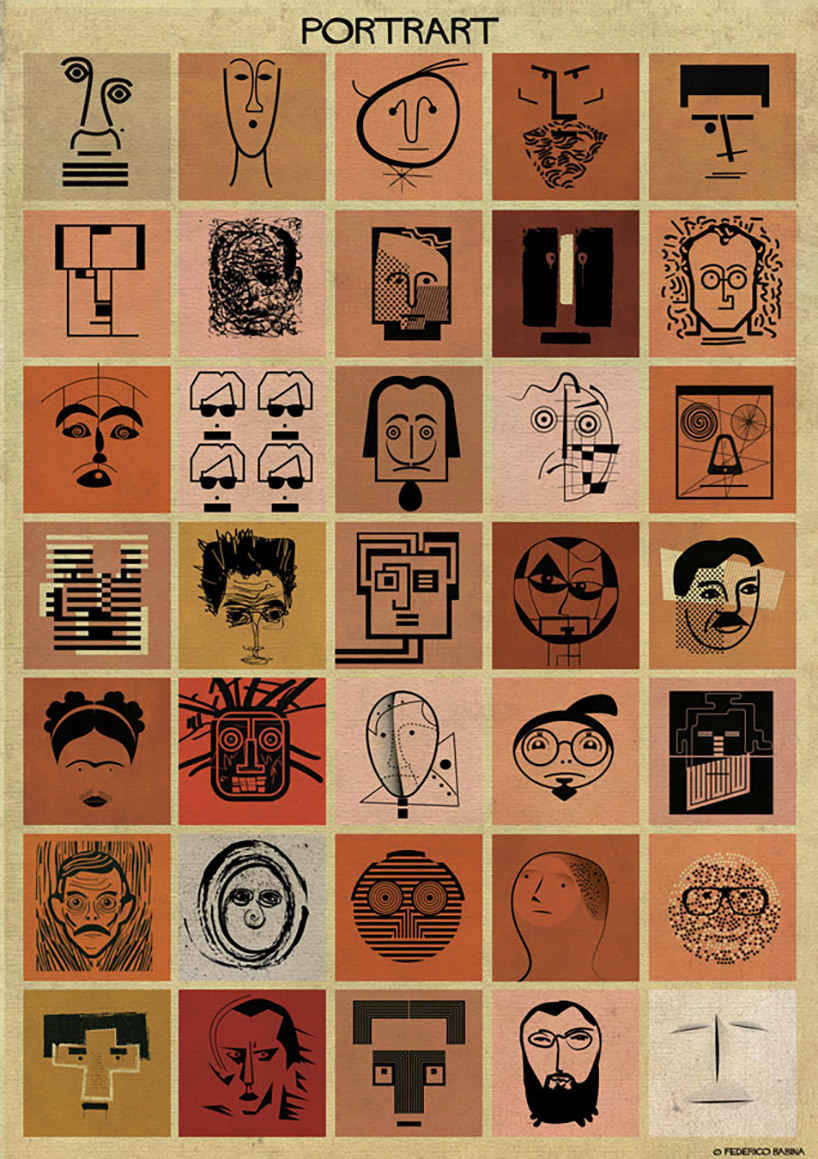 babina has turned the illustrations into an animated short film with sound design by andreas russo, giving life to the sequence of lines and shapes. each artist’s aesthetic and style — whether it be alexander calder’s suspended shapes, or jackson pollock’s painted drips — becomes an expressive aspect of their facial likeness. ‘the idea is to achieve an almost abstract representation without losing the essence of figurative representation,‘ babina says. ‘disordered lurking or realistic fantasy are oxymorons present in these compositions. an engraving series of geometric shapes around a central matrix — the portrait.’ 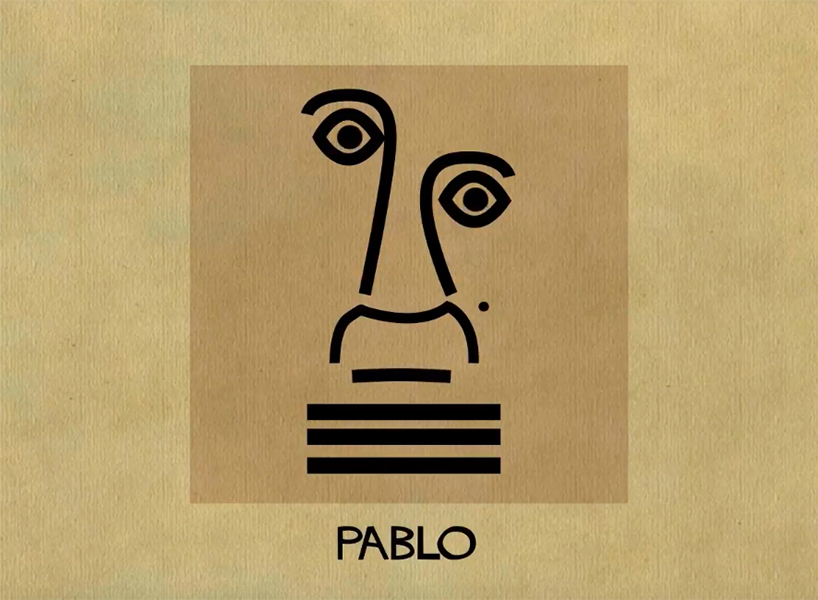 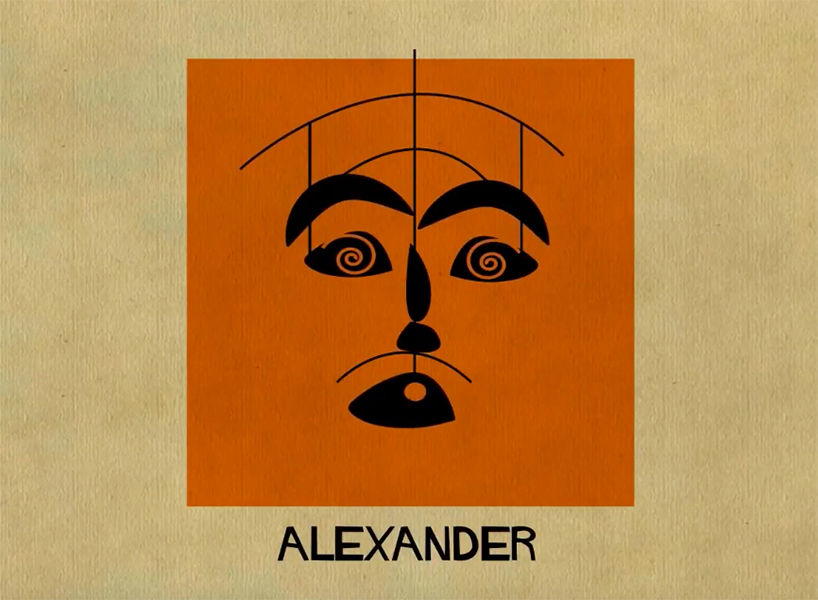 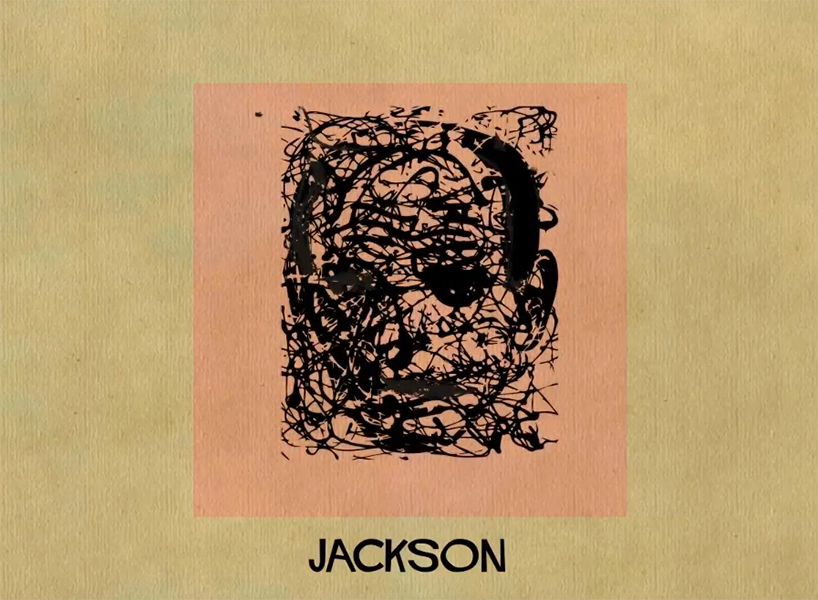 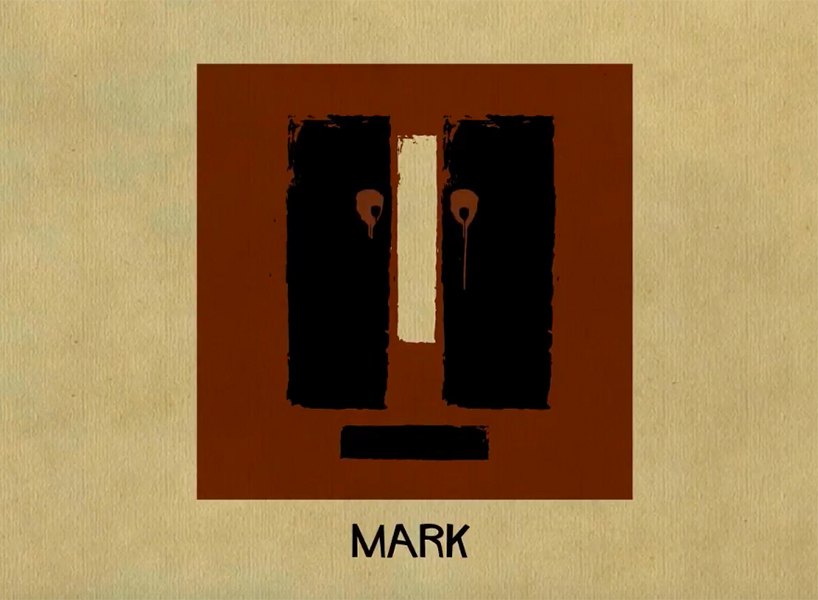 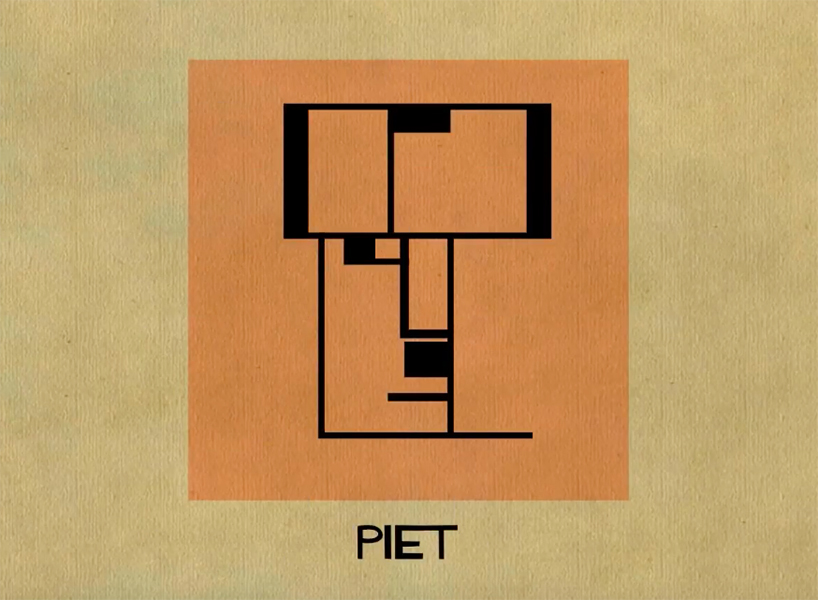 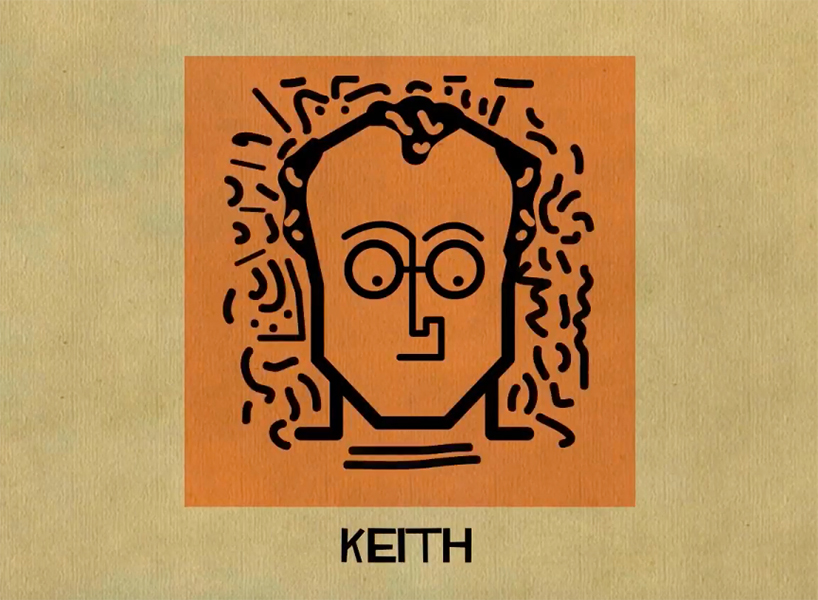 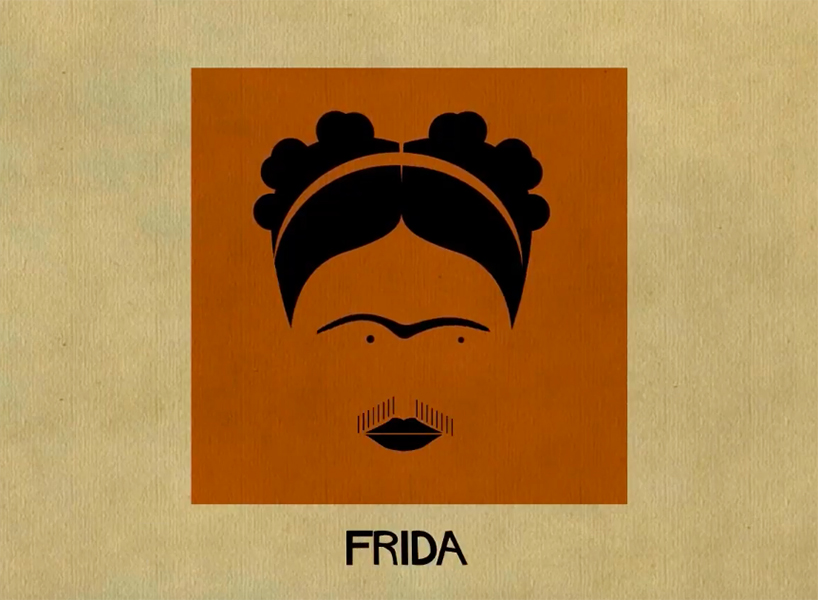