In his most recent series ‘ARCHIFONT’, Federico Babina presents a series of typefaces inspired by 28 of the most iconic architects and designers of the 20th century. Each letter, shaped and dressed in architecture, modulates to narrate the architecture of a ‘village illustrated’.

The letters, as microarchitecture, bind together to build a city made of words and meanings with different forms and styles. They work to convey a part of the aesthetic and artistic personality of the protagonists they mirror. Reflective of their architect and designer counterparts, the letters are minimal and organic. Modernist and futurist. Expressionist and brutalist. Deconstructivist and constructivist. Postmodernist and metabolist. 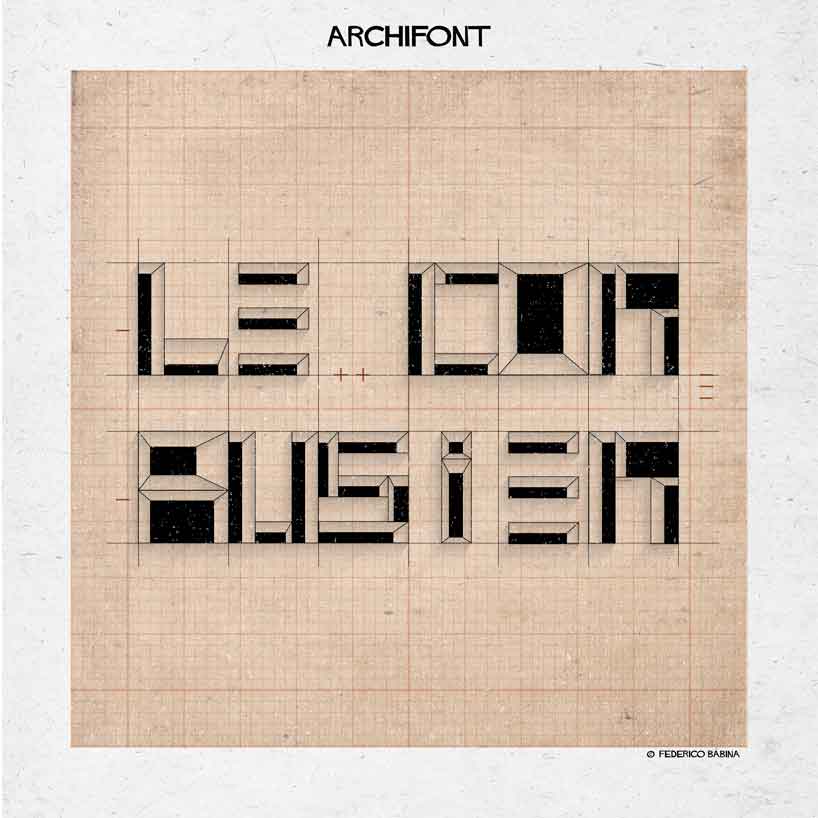 all images courtesy of Federico Babina

Throughout history, font design has played a leading role in narrating the styles and artistic currents that created it. Typefaces are often linked to a historical context, a style and a different way of interpreting communicative intentions, personal emotionality or the philosophical idea of visual beauty.

Babina’s own perception of the letters of the alphabet likens them to ‘naked people, who meet and begin to dress defining their own character and personality with which to present themselves to their readers’. Affecting both the readability and the meaning that the reader chooses to attribute to the text, they stimulate a personal response that acts on our feelings.

In response to this philosophy, the Italian designer produces the new ‘ARCHIFONT’ typeface, where each letter is transformed into a symbol that adds semantic meaning to the communicative images. The letters, which elegantly reveal themselves across a design grid in an animated video, uncover to convey the characteristics, ideals, and emotionality of some of the most prominent architects, designers, and design movements in history. 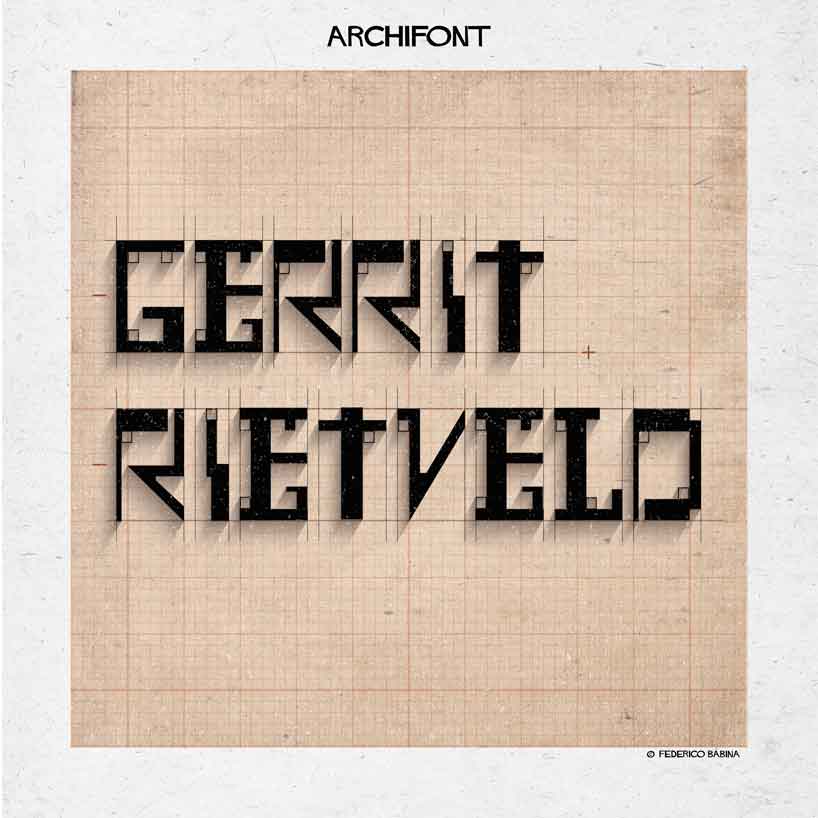 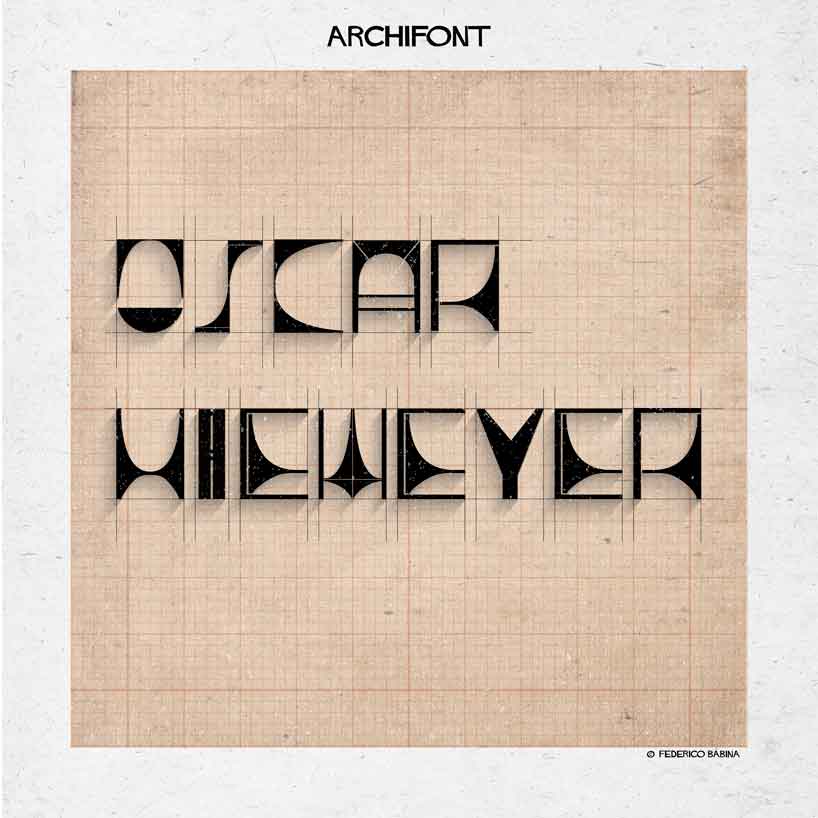 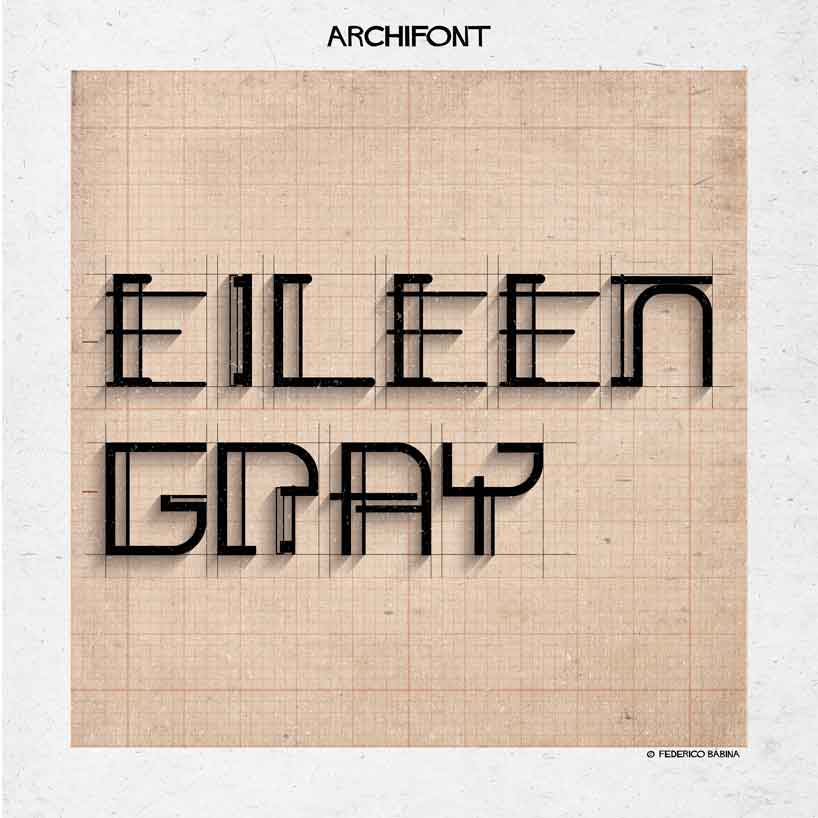 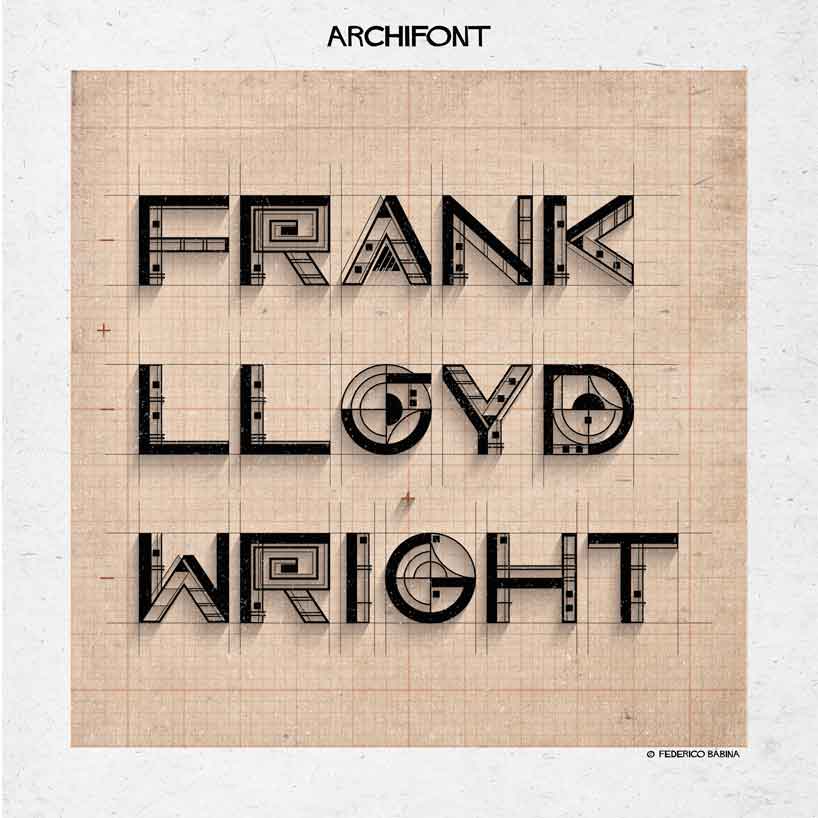 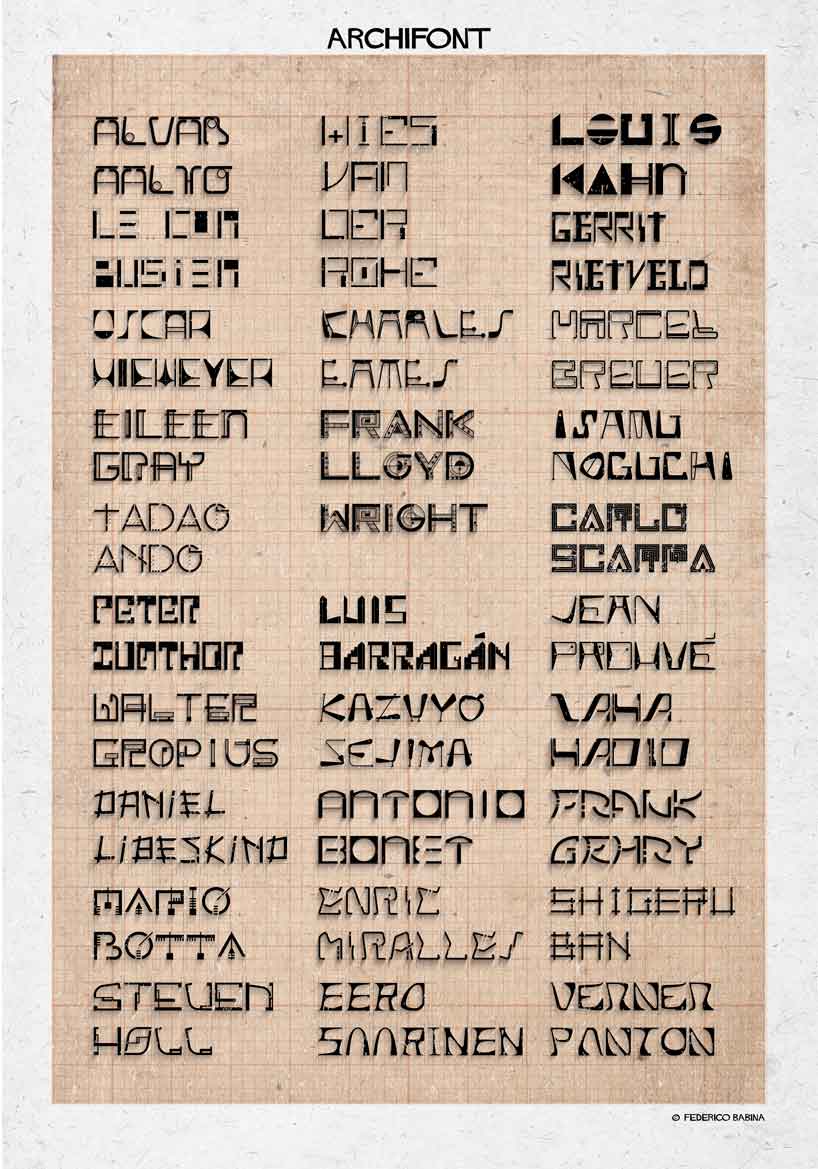 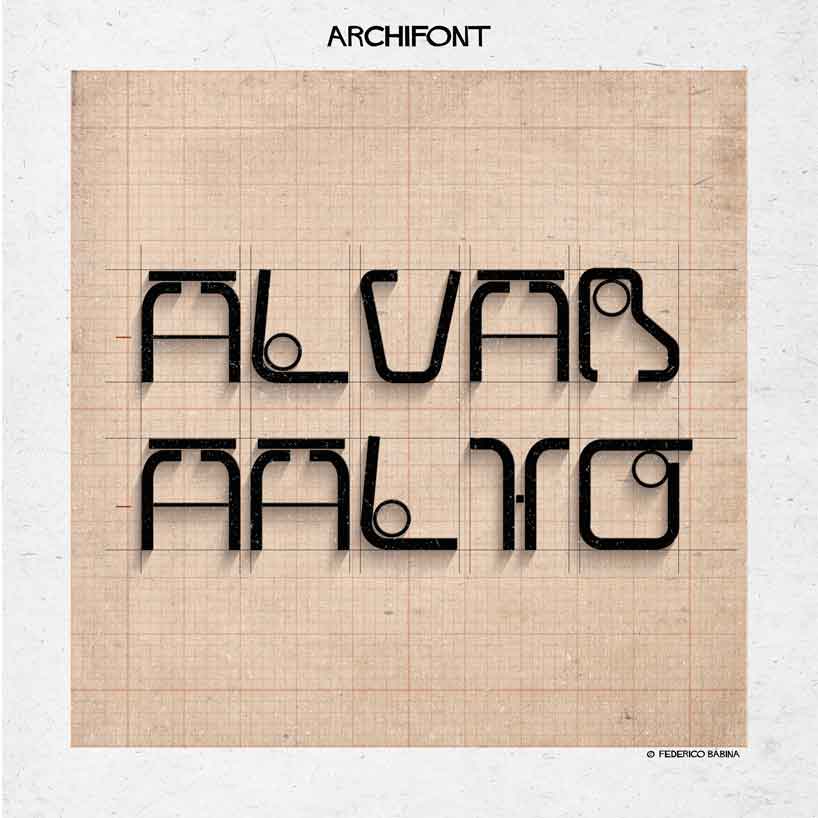 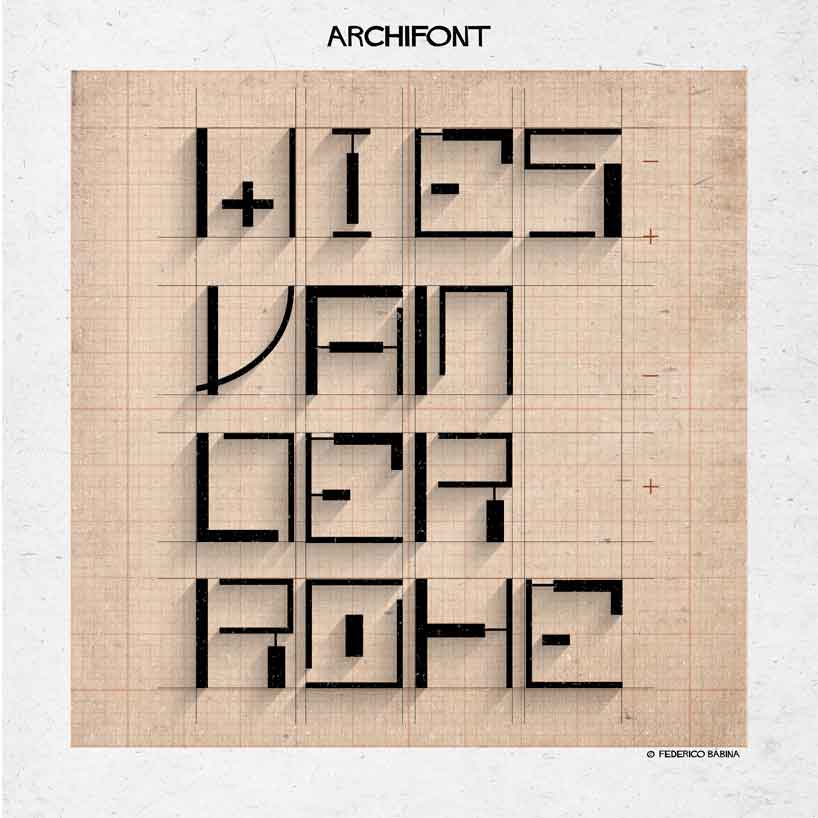 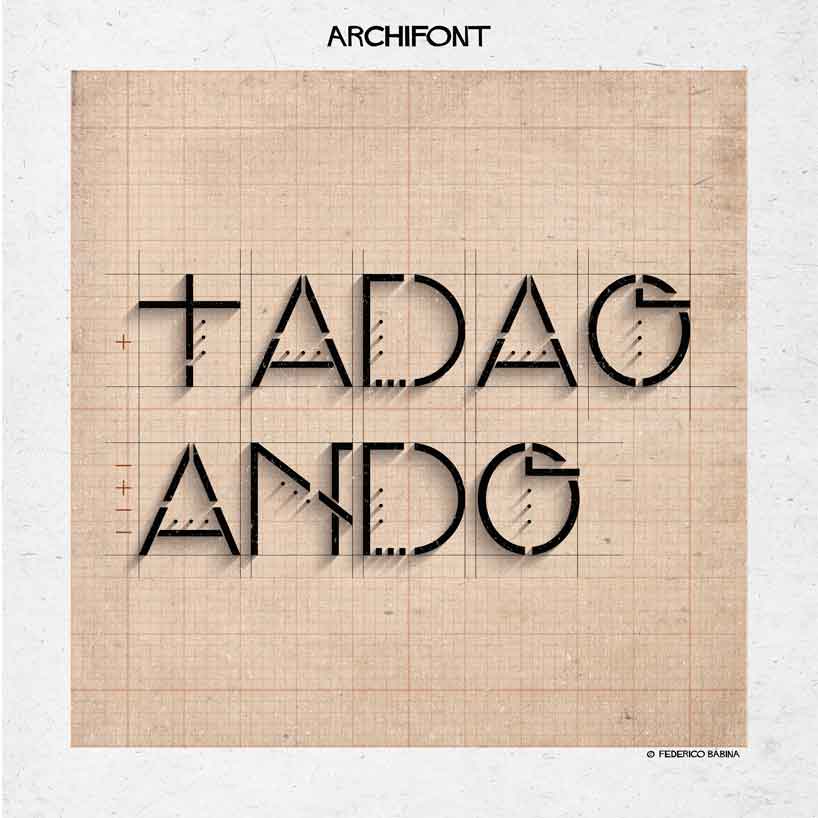 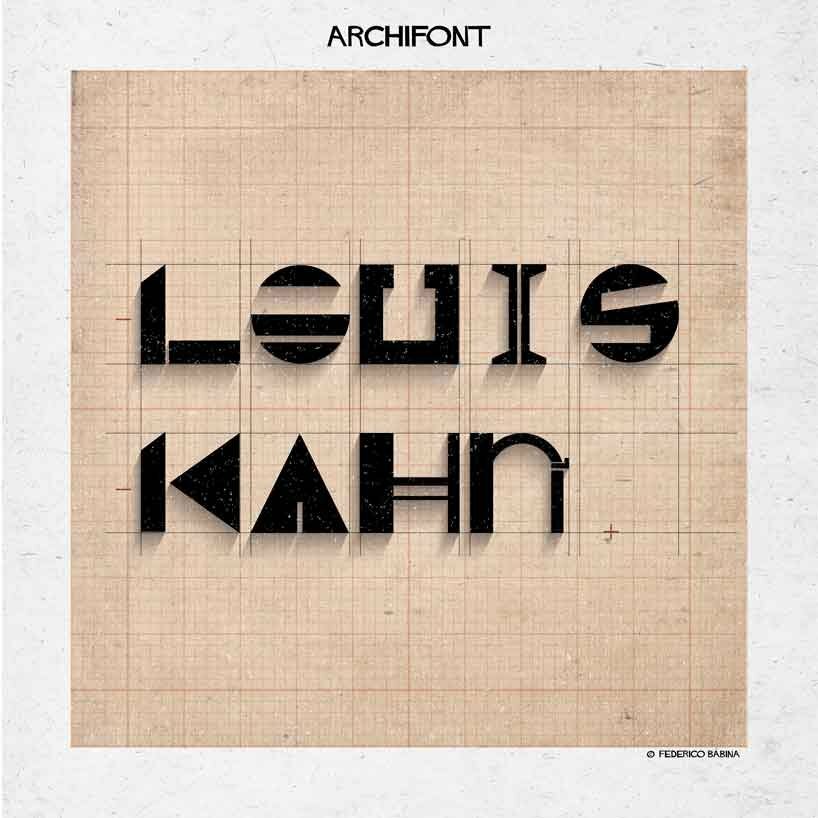 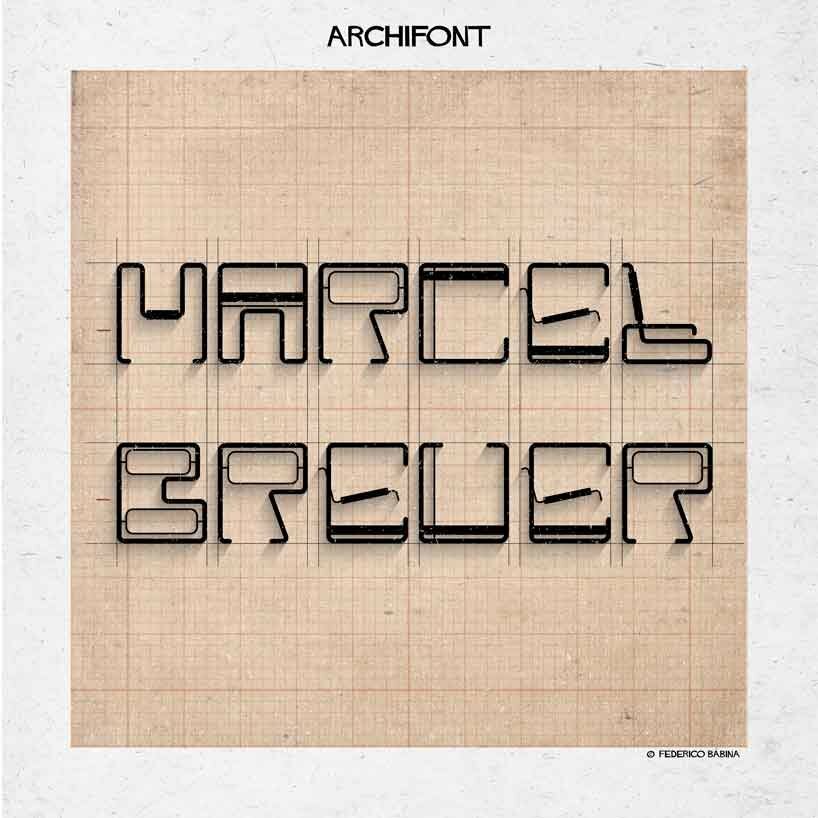 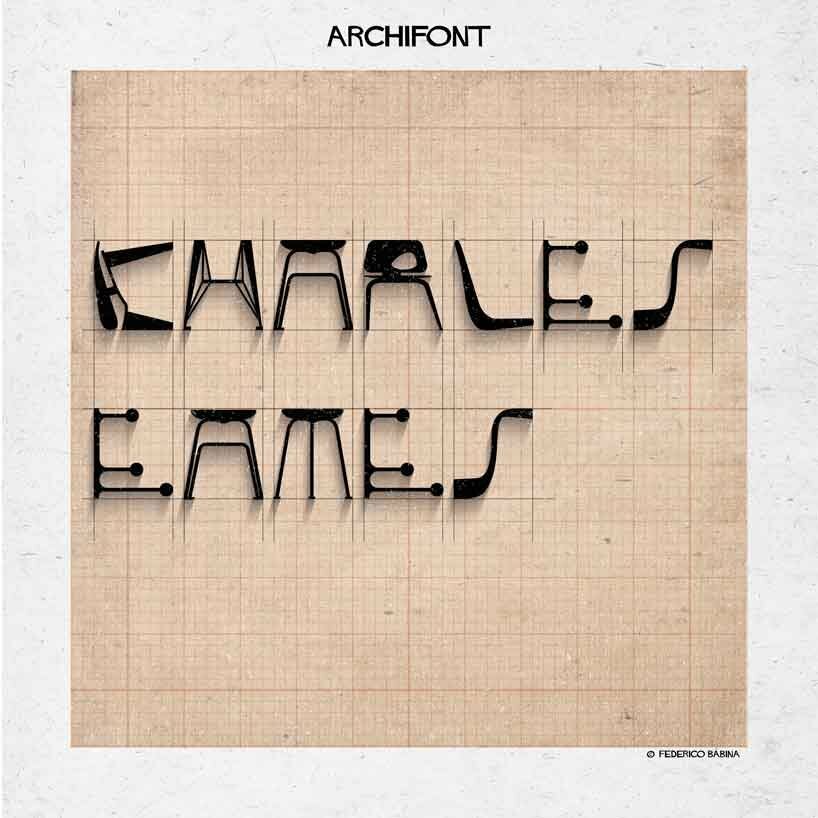