UPDATE 02/23/2021: felipe pantone has added a new vehicle to his speedy-machine-canvas collection. dubbed the stranger, the art car joins the INTR3PID in showcasing how the artist conceives the idea of the digital world changing our current panorama.

‘as an artist, I want to represent my times, and when I look at it … I see speed, transformation, dynamism,’ said felipe pantone. 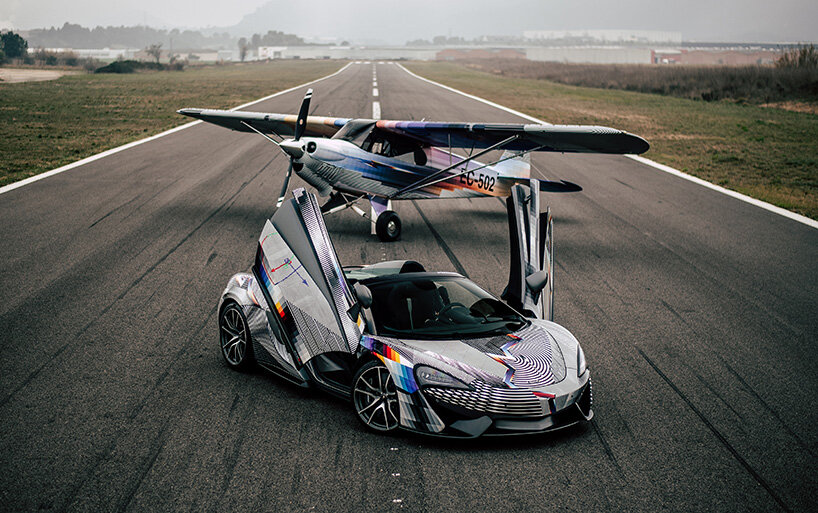 (main and above) image by david acedo

unveiled on felipe pantone’s instagram account, the INTR3PID project was born over a year ago when pantone met with the plane owners, joan escribá and joan comas, and started planning the intervention of the lightweight airplane manufactured by washington-based cub crafters. the bespoke design resulted in a perfect fit that adds to the sense of speed and dynamism the aircraft already possesses. 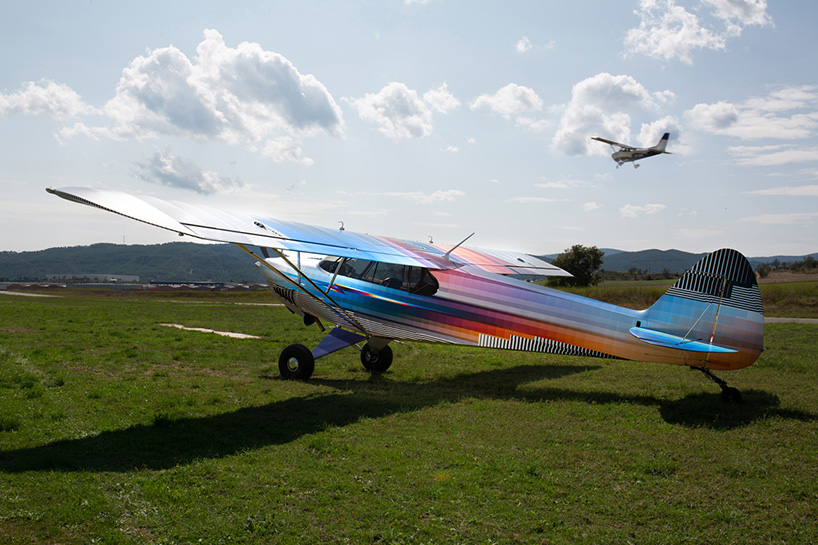 ‘lightweight and powerful, the INTR3PID livery designed by felipe pantone seems to enhance the dynamic properties of the classic piper cub, an american light aircraft first built in 1938, on which the carbon cub is based,’ reads the post of pantone’s instagram account. 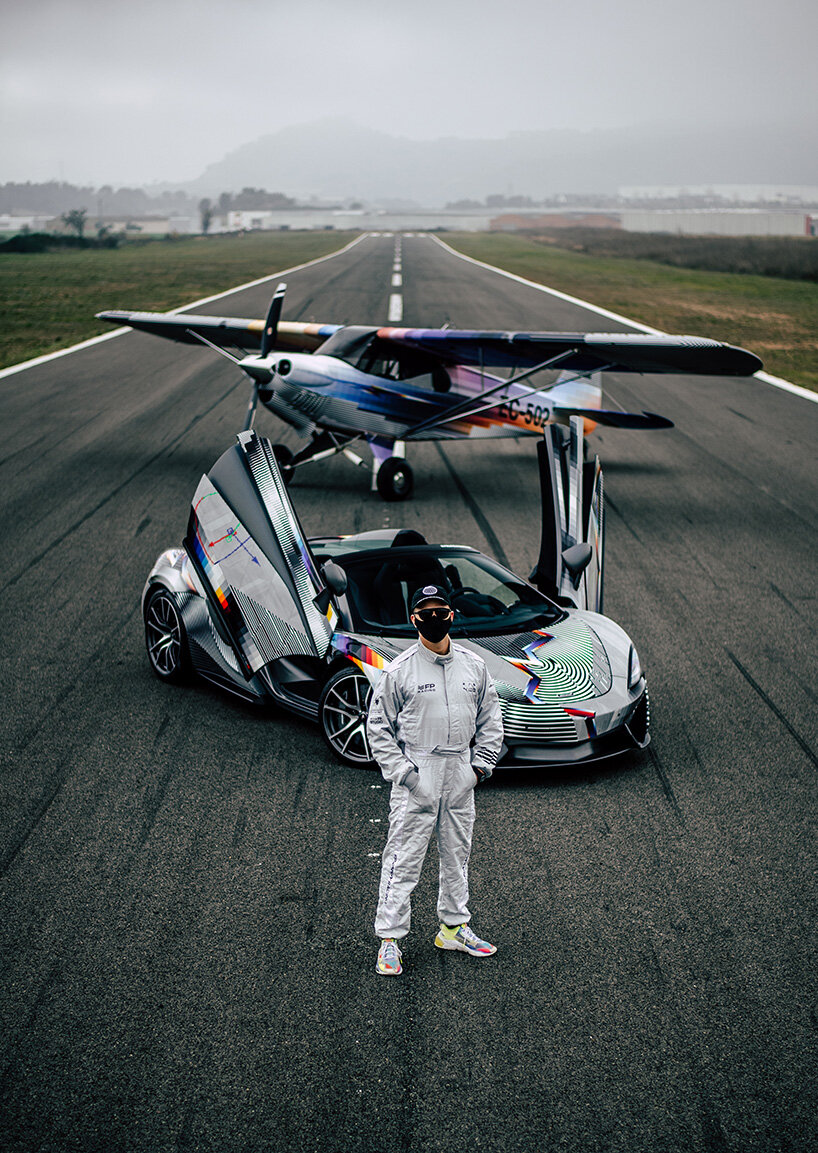 ‘I try to create things that are not supposed to be where they are,’ pantone concludes. ‘to bring awareness of certain things, to move people’s thoughts elsewhere.’ 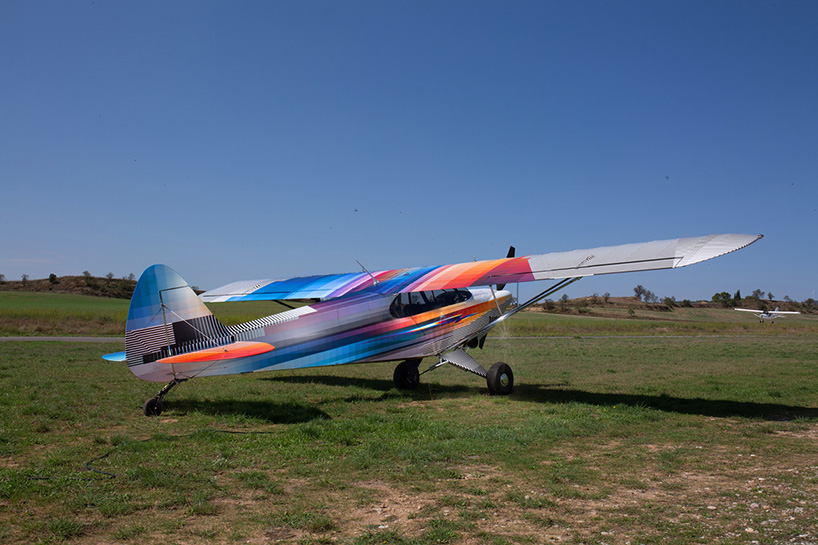 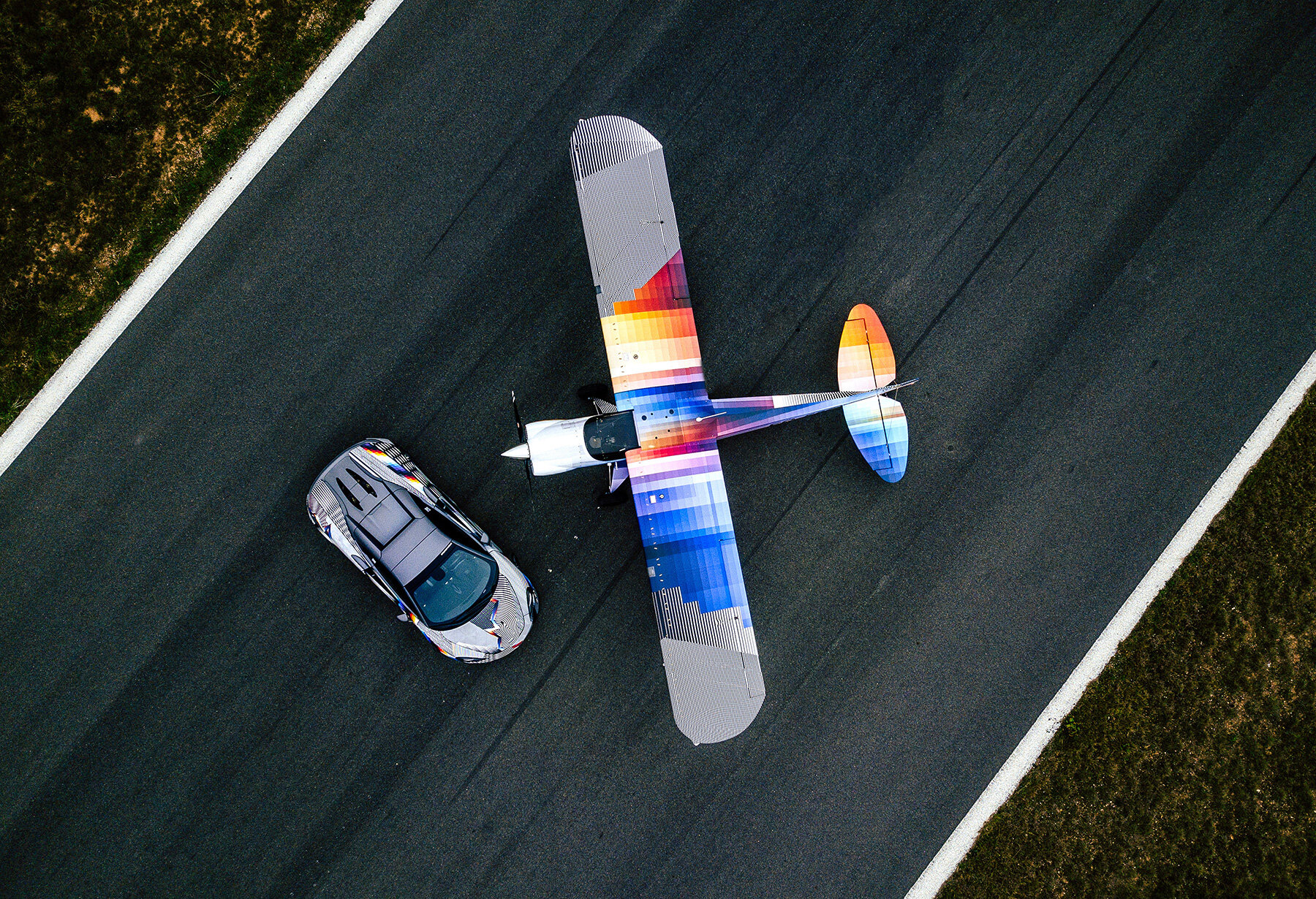 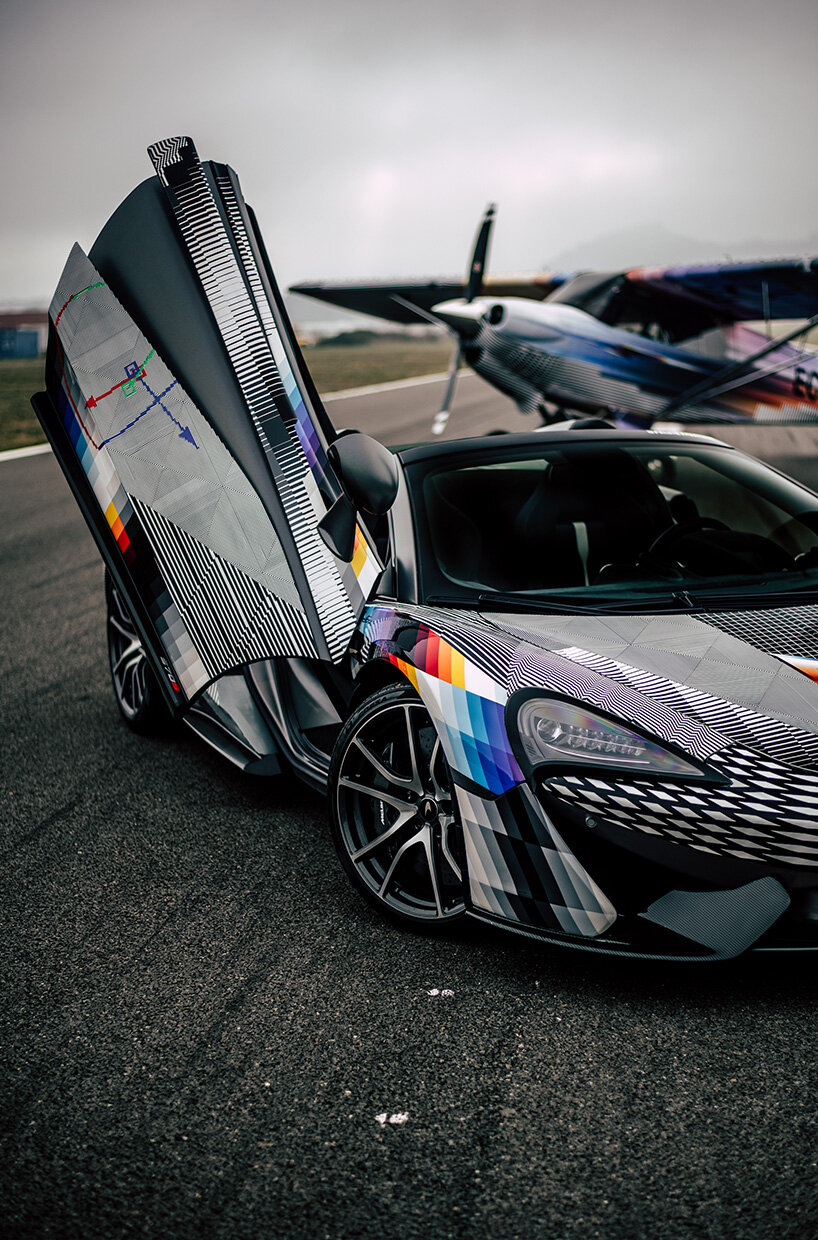 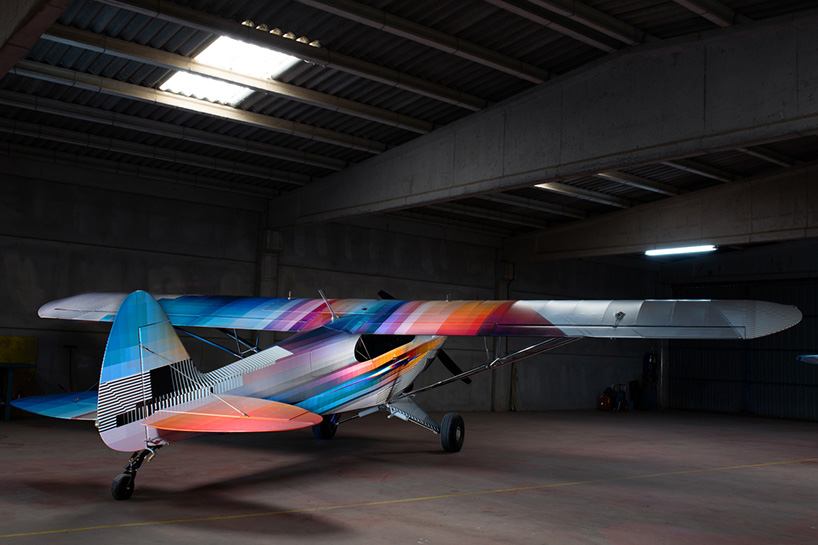 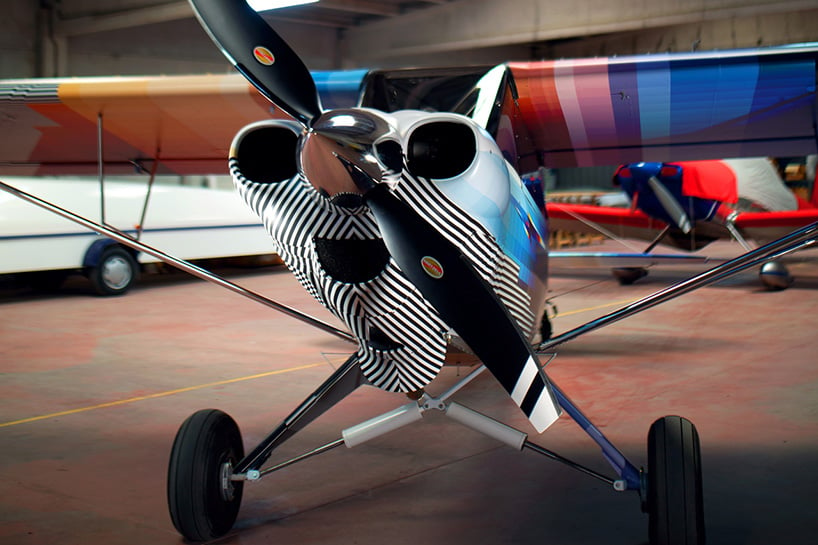 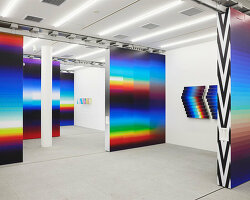