‘felipe pantone’s manipulable art is a testimony of the way information is consumed nowadays, being personalization a key element of engagement in the digital era, and allowing the viewer to be an active collaborator that has a decisive say in the final appearance of the artwork,’ says the official release.

CONTINUING WITH THE DEMONSTRATION OF CHROMATIC PHENOMENA

in subtractive variability compact, the artist combines the manipulative aspect with the operation of the CMY model, resulting in endless shades of the chromatic spectrum. these are obtained from the subtraction of light that happens when the three colors — cyan, magenta, and yellow — are combined in their different variations.

used in color printing, the CMY color model allowed for the standardization of printing. ‘each historical moment is accompanied by the visuality that allows its technological development, with CMY being the model that refers to a universe built from the notions of development, speed, connectivity, globalization and industrialization; a leitmotiv in pantone’s work.’ 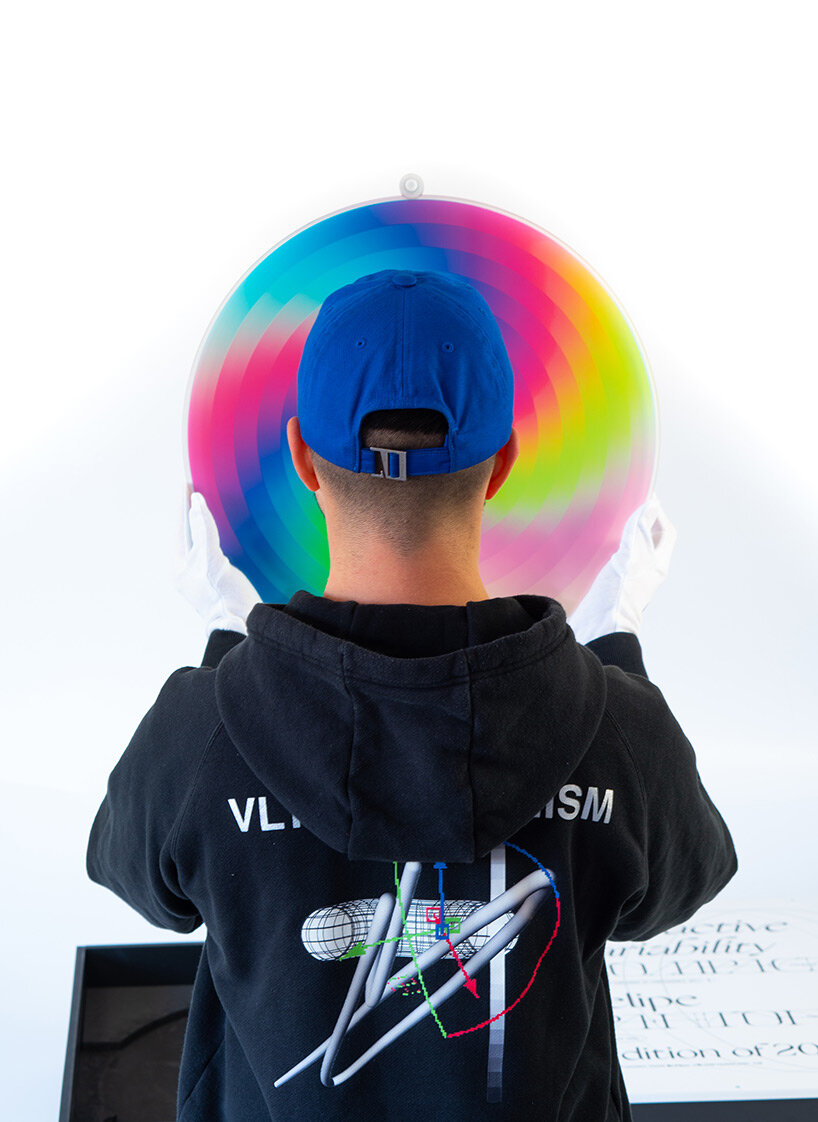 felipe pantone has exhibited his work all over europe, america, australia and asia. his latest projects include a watch for zenith and a plane and art car. 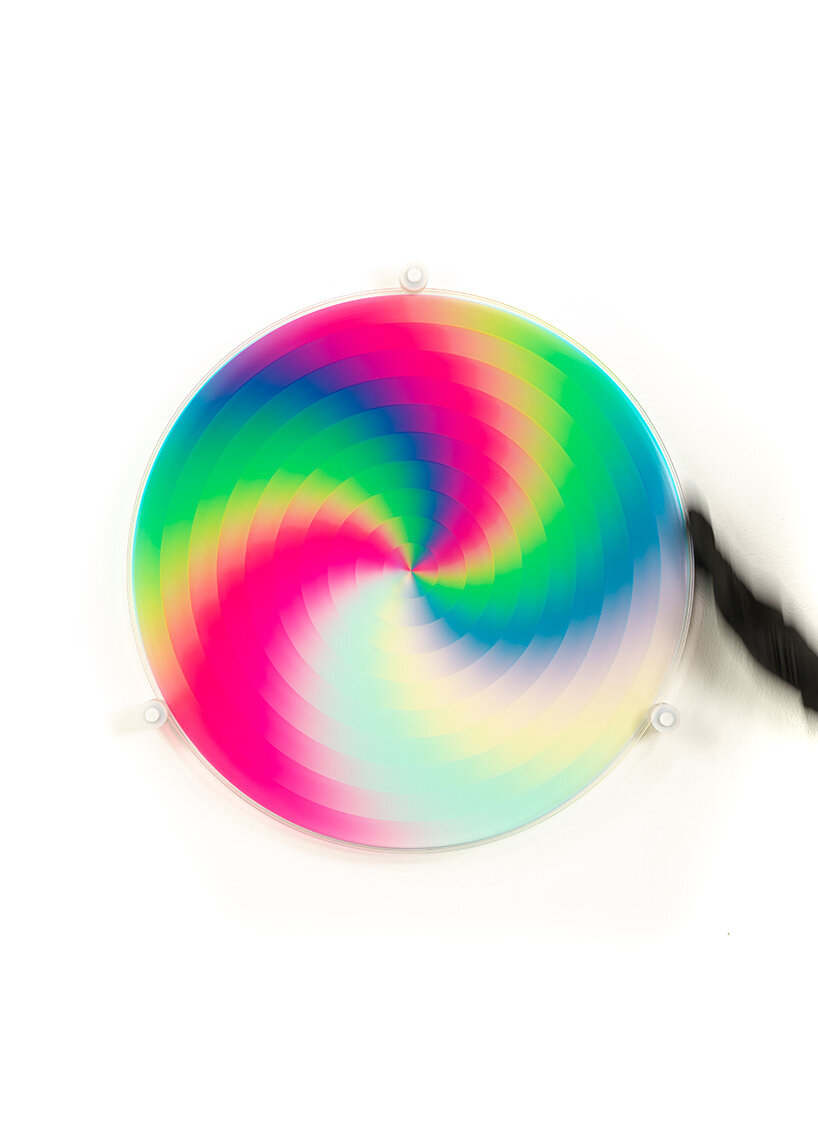 made with UV paint on PMMA 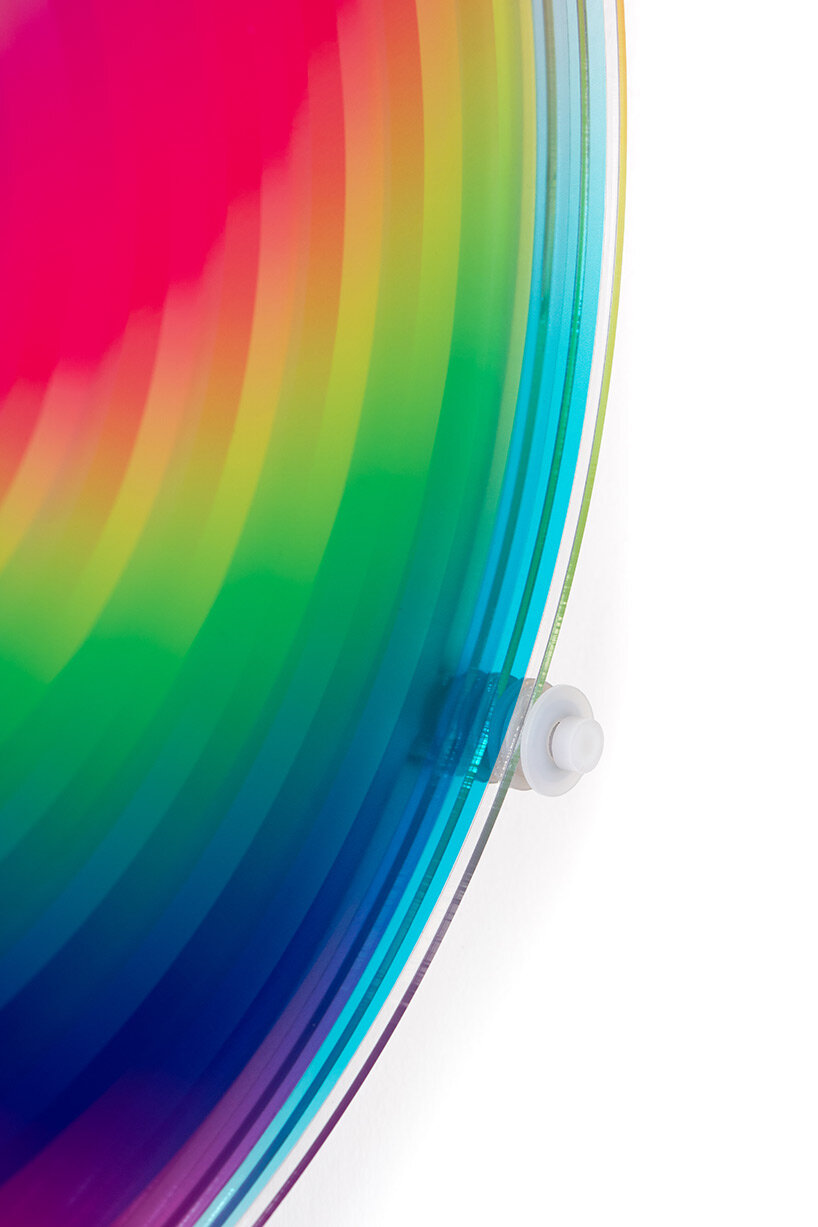 by rotating the wall sculpture, endless colors reveal themselves 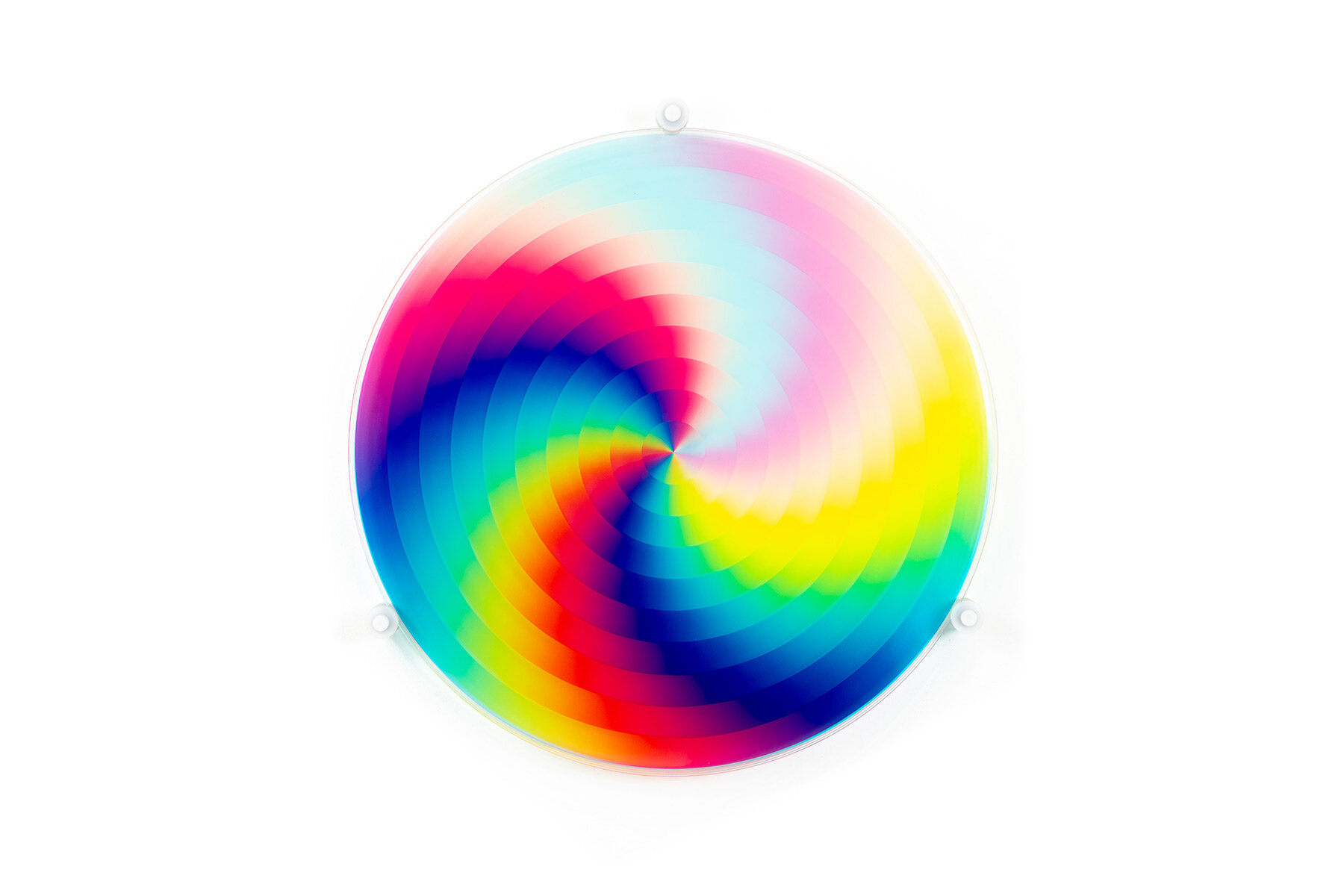 the piece continues with the artist chromatic exploration 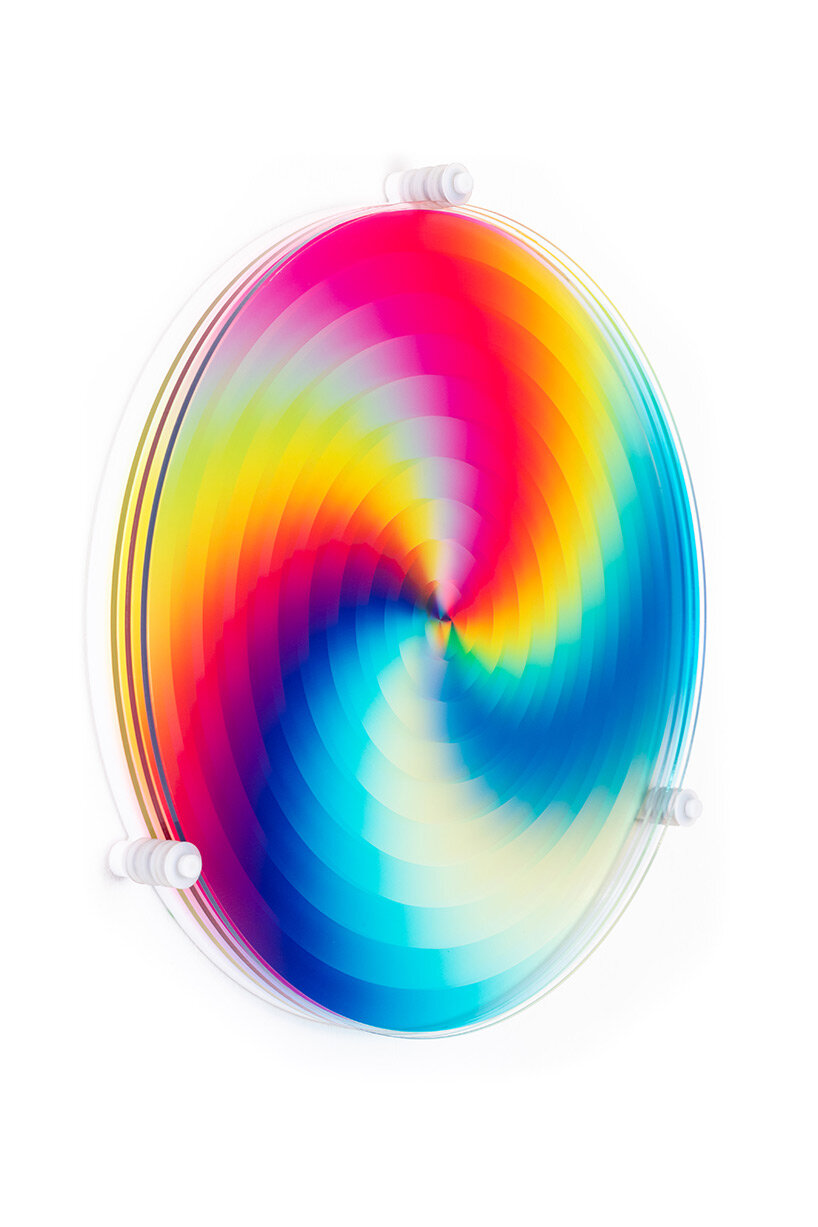 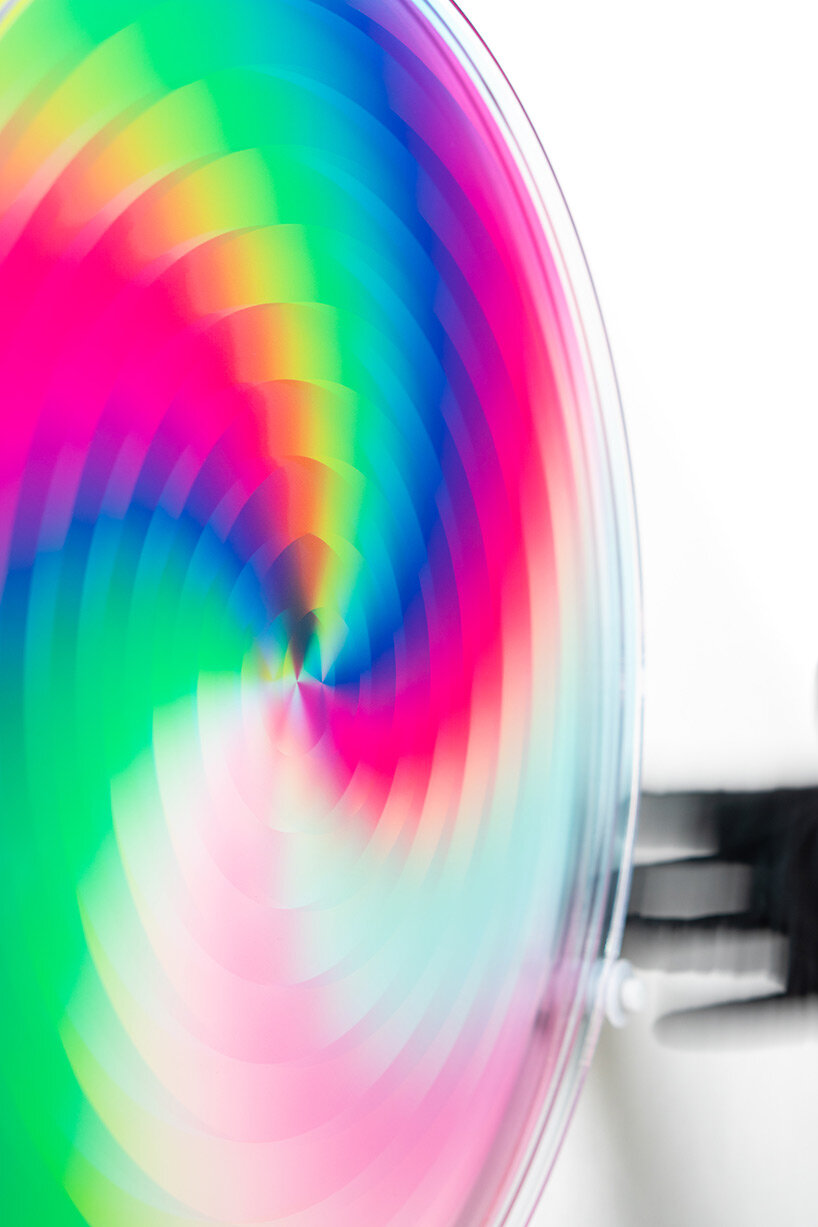 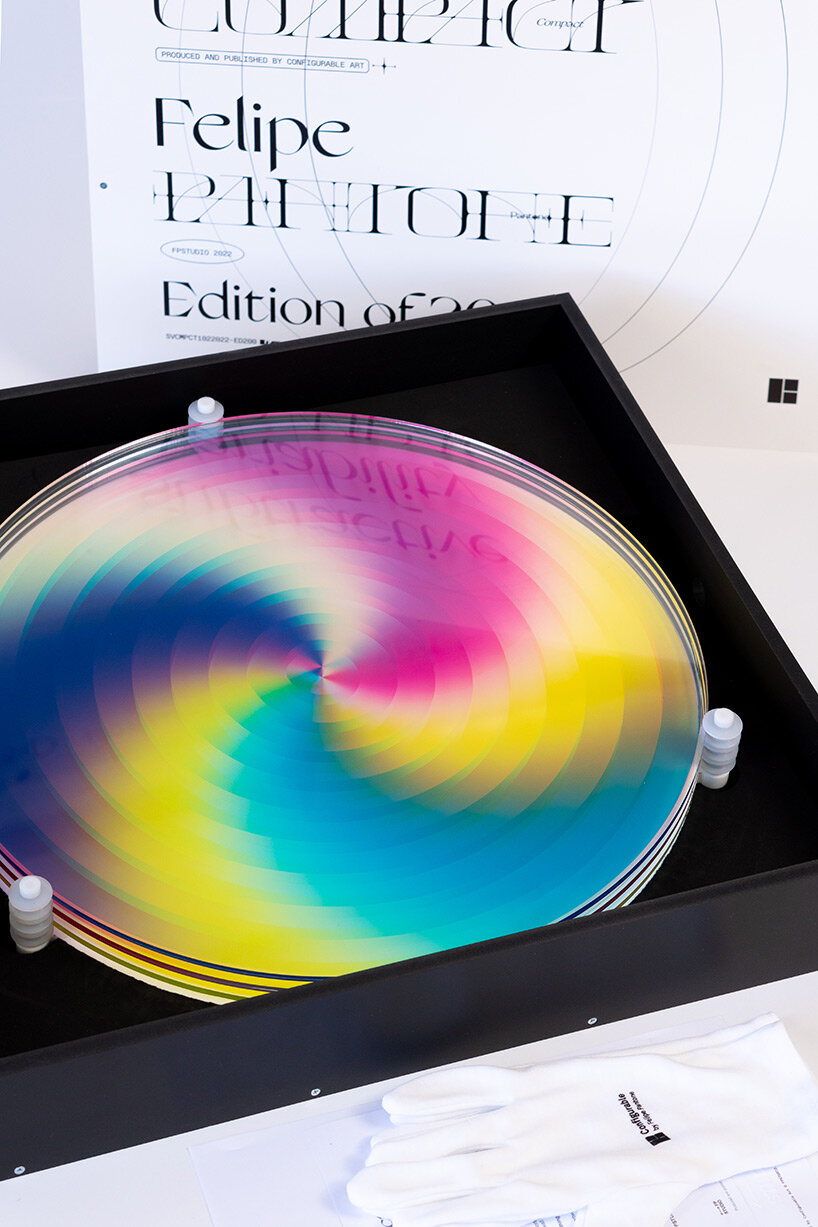 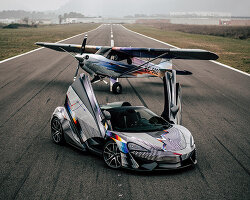 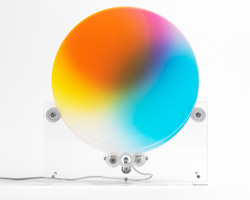 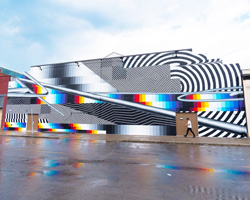