a new collection of public artwork literally lights up the british capital at night. called ‘illuminated river’, the project spotlights four out of 15 bridges along the river thames in london so far, with the first phase stretching across the millennium, southwark, cannon street and london bridges. when complete in 2020, the commission will be the first time that the thames bridges are cohesively and artistically lit. 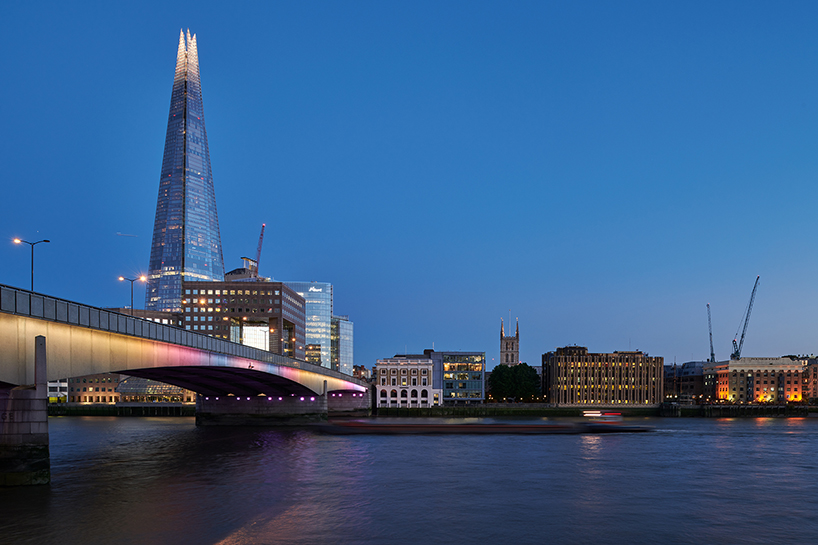 after a winning design was selected from the commission’s shortlist, ‘illuminated river’ was conceived by american artist leo villareal, and british architectural practice lifschutz davidson sandilands. with lighting design by atelier ten, sequenced patterns subtly enhance and unfold across each bridges’ unique design. shifting hues – from yellow to red and blue – that mimic the london sky during sunset, moonlight and sunrise are projected upon the surfaces. 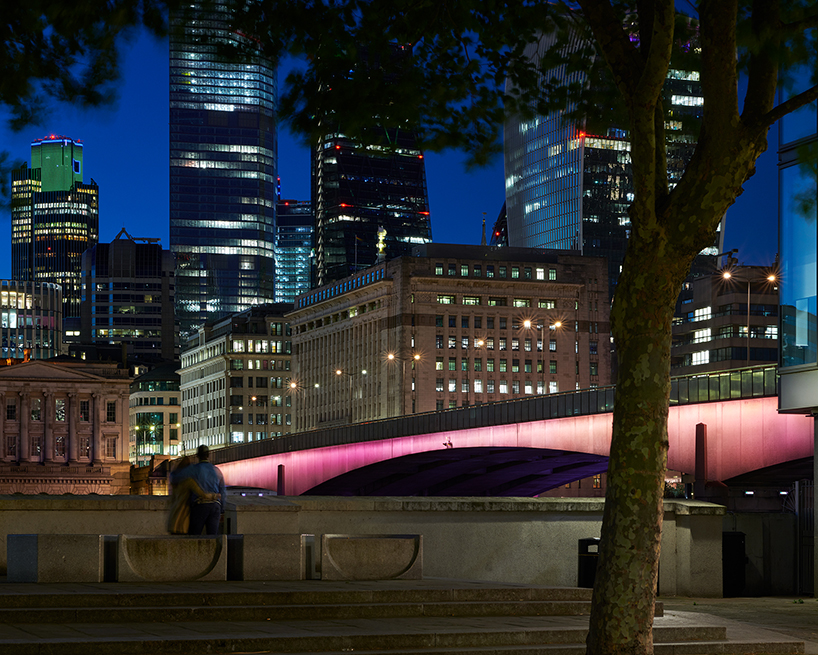 the artwork pays special attention to the heritage, wildlife and location of each bridge, revealing their individual histories and architectural features. they also replace outdated and inefficient lighting by turning off at 2am rather than running from dusk to dawn. it minimizes direct lighting spilling onto the river and reduces energy consumption. 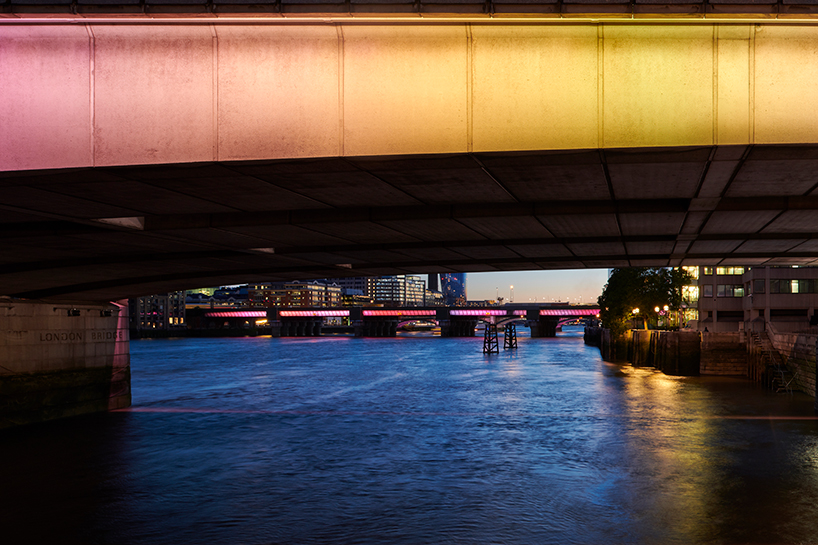 as the first four of the famous bridges to be lit up, ‘illuminated river’ will eventually see up to 15 bridges embellished with the spectacular lighting. once complete, it will be the longest public art commission in the world at 2.5 miles in length along 4.5 nautical miles of the river. phase two will be completed by autumn 2020, which will include blackfriars road, waterloo, golden jubilee footbridges, westminster and lambeth birdges. the artwork will be in place for at least 10 years. 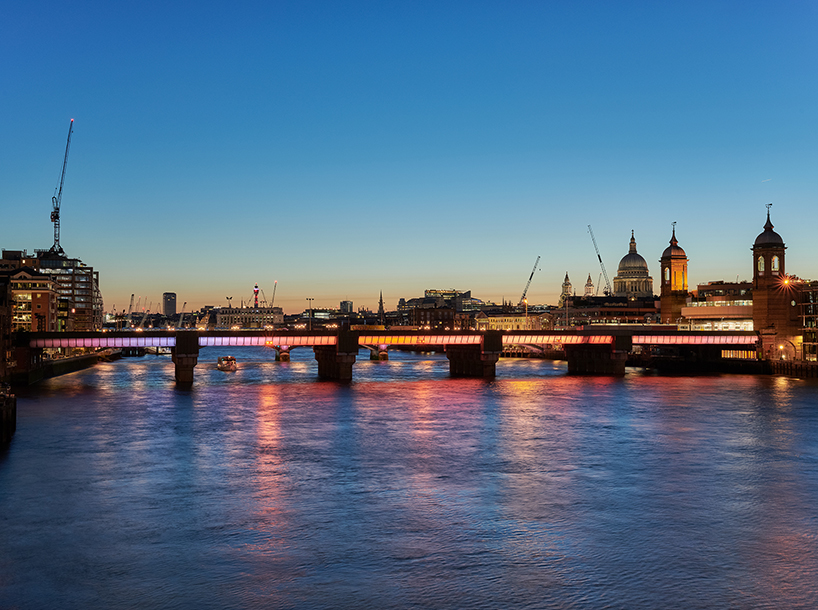 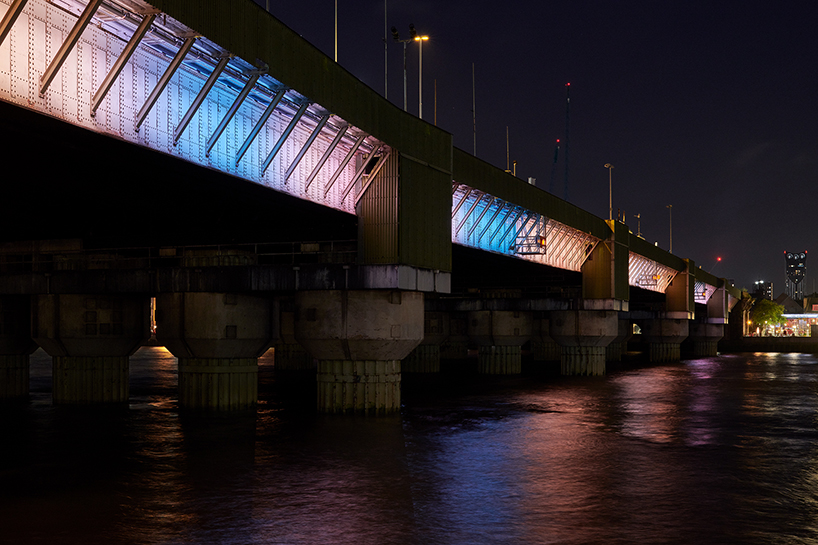 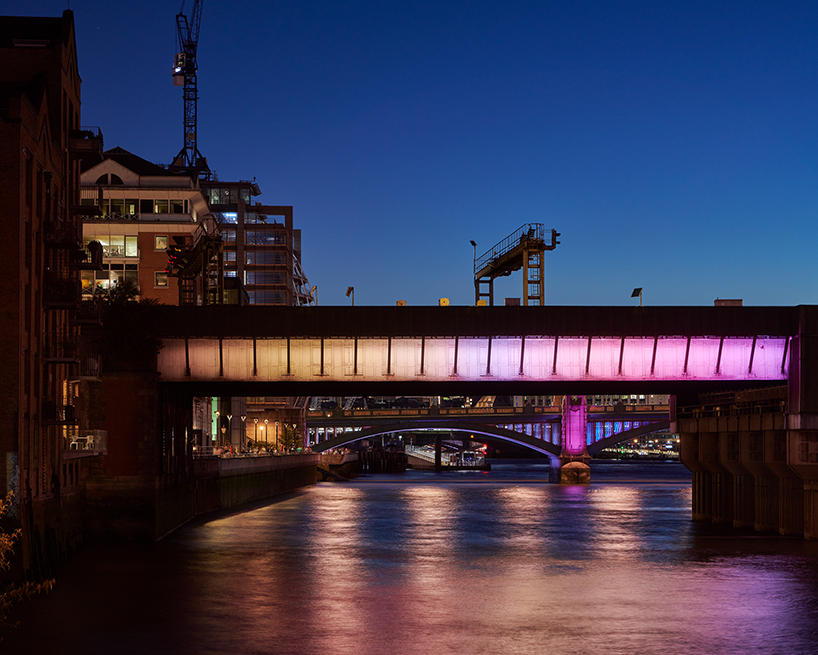 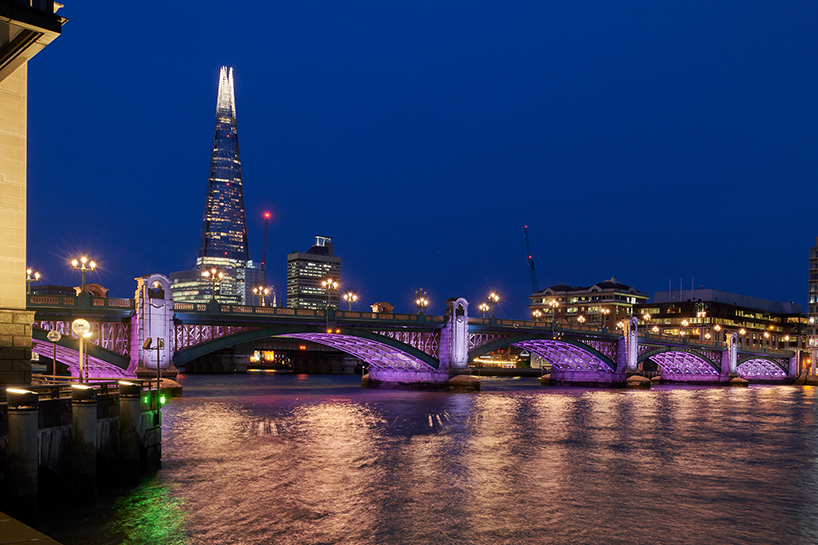 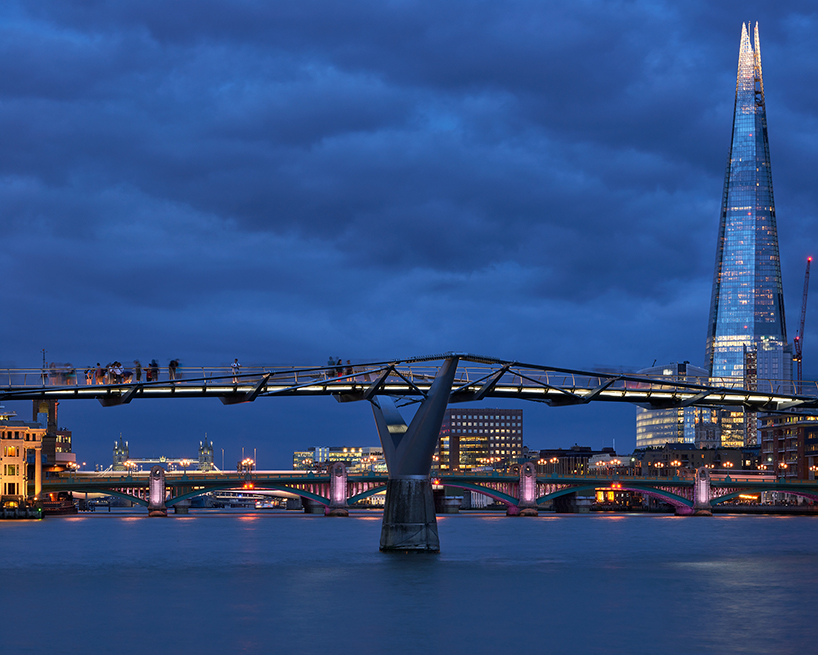 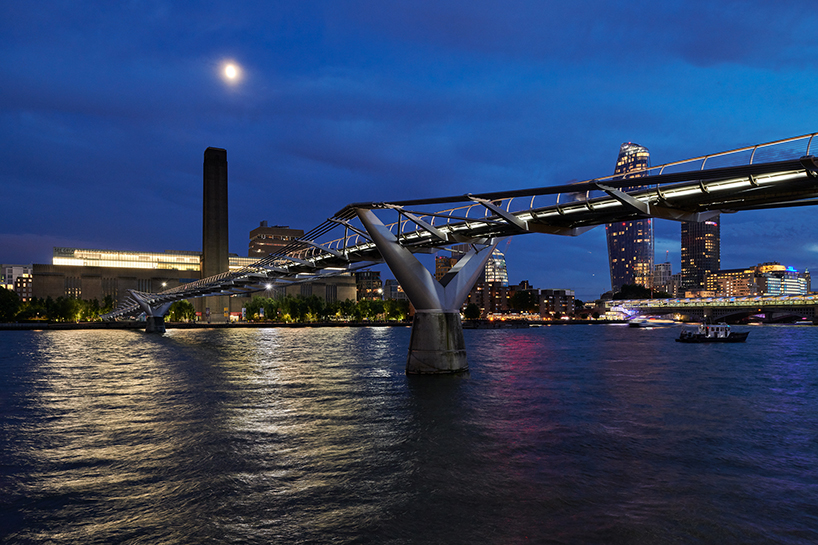